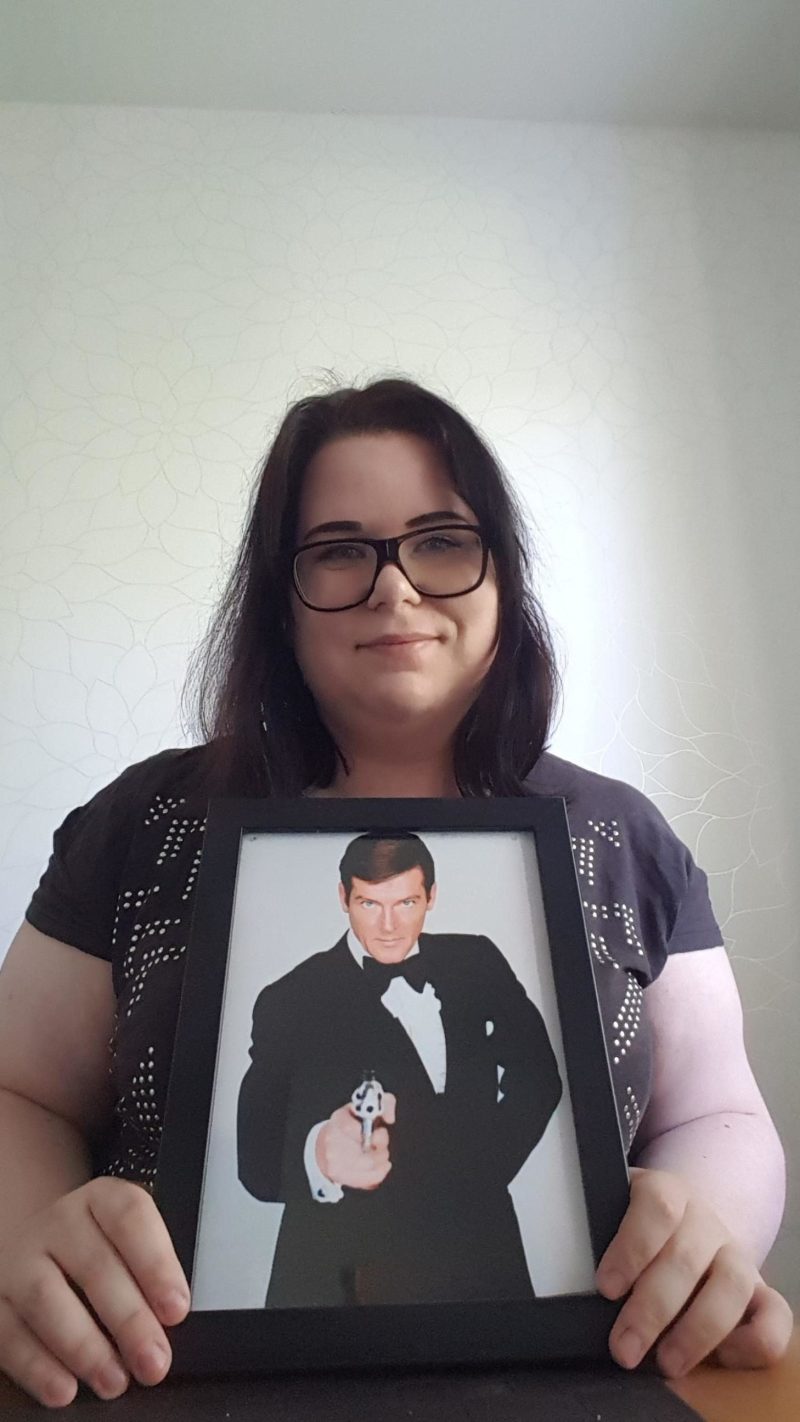 It’s hard to believe but there might be someone out there who is a bigger fan of Sir Roger Moore than I.

I follow a whole bunch of Roger Moore fan groups on Instagram, there is no official one. Albeit there is, but let’s say it needs a little work. (See left).

One person that is dedicated to keeping the memory of Sir Roger Moore alive is Sari Rantalainen a 24 year old from Helsinki, Finland.

She runs the Roger Moore Fan page on Instagram, updating the feed daily with some wonderful behind the scenes images and promotional shots.

I thought it would be fun to get to know Sari a little better and find out where her passion for the great man came from. Be sure to click on the images to follow her Roger Moore fan page on Instagram. 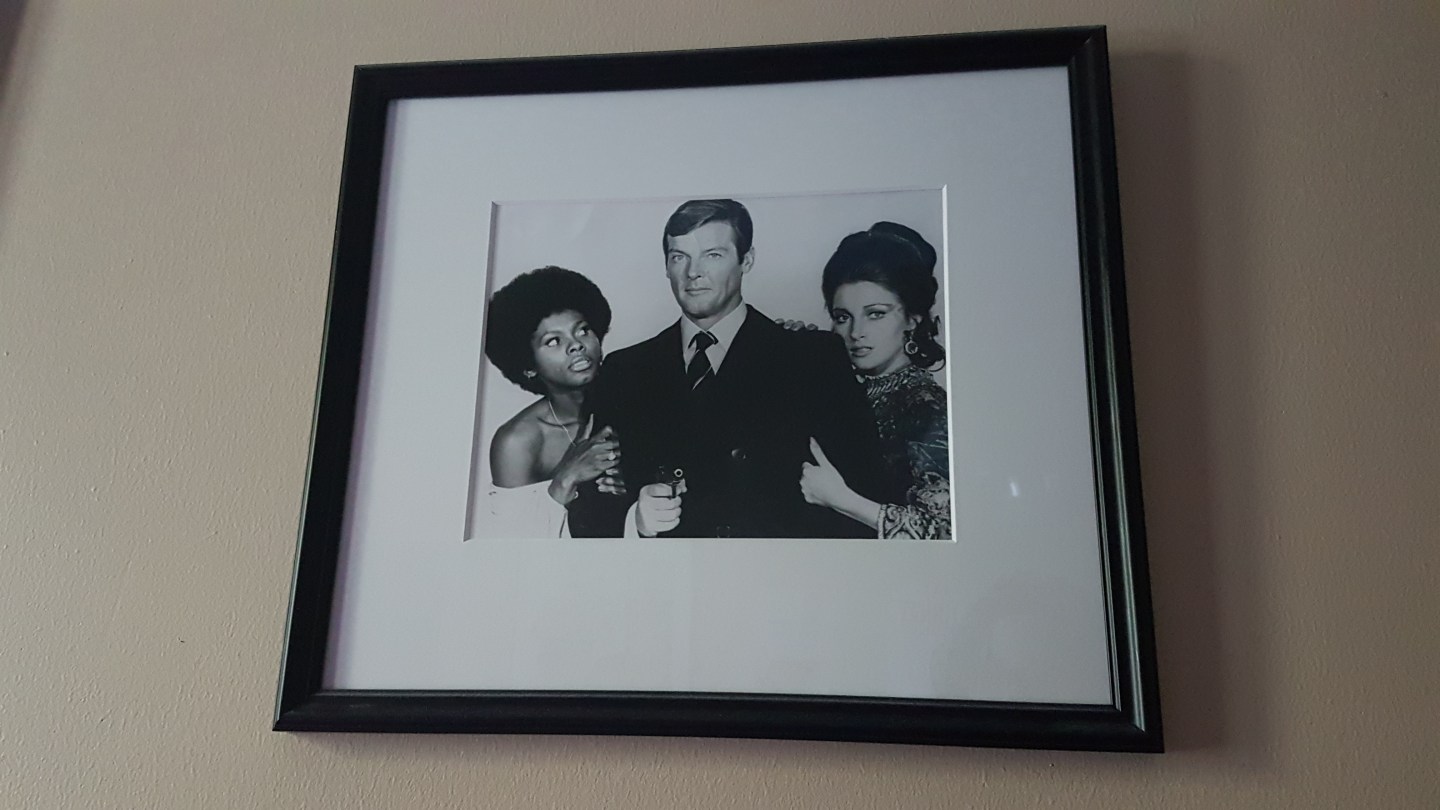 TELL ME A LITTLE BIT ABOUT YOURSELF SARI, WHAT YOU DO AND HOW YOU CAME TO BE A FAN OF SIR ROGER MOORE?

My name is Sari Rantalainen, I’m 24-year old woman from Helsinki, Finland, and I live together with my cat, Mona.

I have graduated as an datanome (IT specialist) in 2014.

My love for Roger Moore started when I was 8-years old and my dad showed me couple Bond-films from old video tapes, which was so cool experience to me.

Slowly, my interest to Bond began to grow more and more, and soon I was a huge 007-fan and Roger Moore became to be my number one James Bond actor. 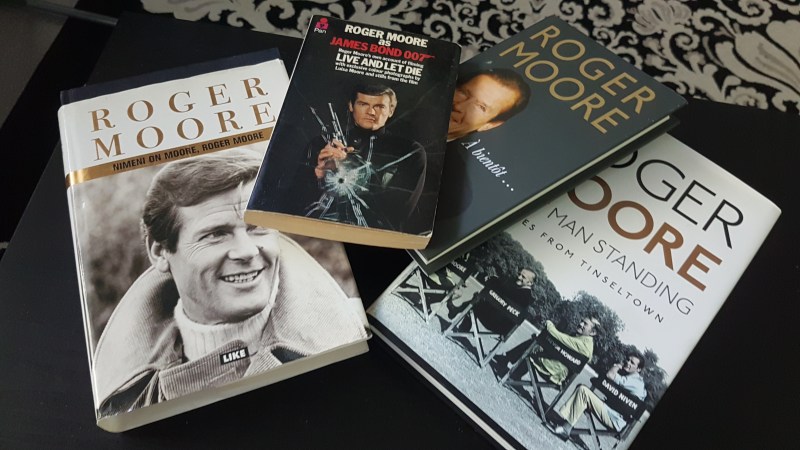 WHERE DO YOU GO TO SOURCE THE PICTURES FOR THE INSTAGRAM POSTS?

It depends. Facebook and Google sometimes, but nowadays my general place to search pictures for IG is Pinterest.

There is so much this “never-seen” footage and I want to make posts what interests people to see more.

HOW COME ROGER MOORE IS YOUR FAVOURITE JAMES BOND?

I really liked Roger’s personal figure as James Bond, that he is that sophisticated British gentleman who has a little twink in his eye while he saves the world. Haha.

The humour what Roger Moore had in his films was priceless, I loved it. And well, he was very handsome those days… Woah.

WHICH IS YOUR FAVOURITE ROGER MOORE BOND MOVIE?

The Spy Who Loved Me. Always. It was the first film what my dad showed me from Roger Moore, and believe me, that 8-year old girl (me) was MESMERIZED!

I have seen the film so many times that I can even remember some of the lines from memory. The film has such an amazing story and great characters, Barbara Bach was very beautiful and one of my favourite Bond girls.

And of course Jaws, the best Bond villain ever!! 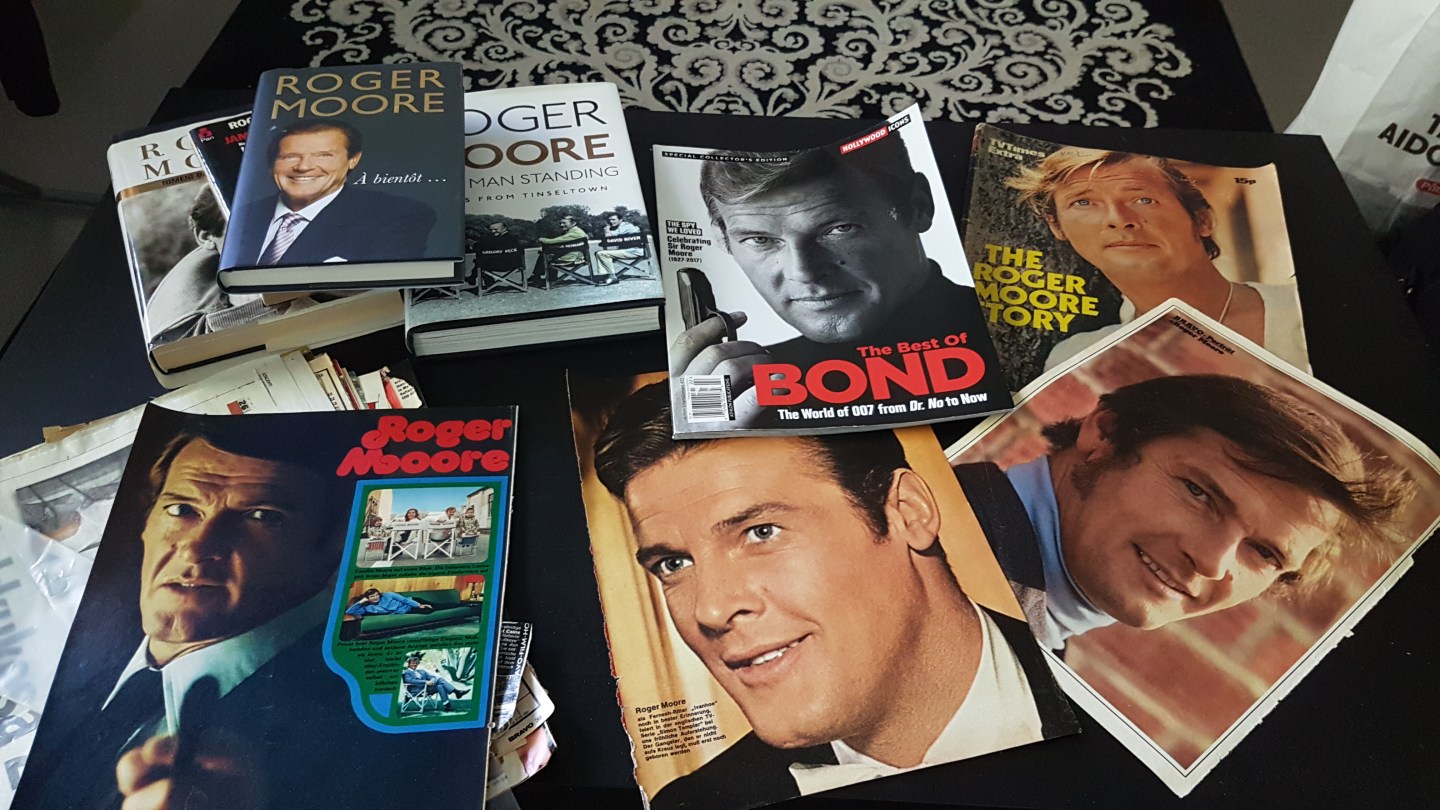 WHERE WERE YOU WHEN YOU HEARD THE NEWS OF ROGER’S PASSING, CAN YOU REMEMBER THE DAY AT ALL?

I was at my home taking a nap, and soon I heard when my phone started to vibrate aggressively. I opened my phone and my friend had texted me: “NOOOOO!!!!

Have you read the news about Roger????” I opened the news page and I felt that my world has stopped. I started to scream “NO NO NO NO, IT CAN’T BE!”. Then I burst into tears… It was very horrible moment to me and I will always remember it.

(You can watch Sari’s tribute video to Sir Roger Moore below).

WHAT SORT OF COMMENTS AND INTERACTION DO YOU GET ON INSTAGRAM?

Usually the comments are positive and cheering. People really like the IG page and it has get lots of followers during the years. I’m glad that people respect Roger’s memory and share their thoughts with me.

WHAT DO YOUR FRIENDS AND FAMILY THINK OF YOUR FASCINATION WITH ROGER MOORE?

My dear late grandma was huge fan to Roger as well and we used to watch Bond-films together, they were glorious moments.

I really need to thank my dear dad for introducing the world of Bond and Roger to me, without him I probably couldn’t know this much! My closest friends think that Roger is great actor and the way how I admire him is adorable.

Once my best friend came to me and asked something about Roger, she wasn’t sure about something and knew that I would have to correct answer, haha.

WHAT IS THE BEST PICTURE OR PIECE OF MEMORABILIA THAT YOU OWN FROM THE JAMES BOND FRANCHISE?

The best piece is the black-and-white photo of Roger with signature, what I got in June 2015. I’ve never seen Roger in person, so that was very amazing moment to me, to have that personal signing.

WHAT IS YOUR FAVOURITE NON-BOND ROGER MOORE FILM?

This is hard question… But if I have to mention only one, it would be “Gold” (1974), where Roger played Rod Slater. Great film with great story. One thing I like about Roger is that he is so talented to act different kind of roles. He was unique. There will be no one like him.

Are you a die-hard fan of Sir Roger Moore? Do you think we should all get together and make a Roger Moore museum, or petition for a statue? Maybe we can all get tattoo’s! Hell yeah!