On this episode of From Tailors With Love I speak to Remmert Van Braam, Founder and Editor of Bond Lifestyle. We talk about the digital watches of Bond, the Seiko watches in particular. I’m also joined by co-host Matt Spaiser, Editor of Bond Suits.

Catch some exclusive chat in the YouTube video below not featured on the podcast where Remmert and Matt show us the watches in their collection.

Remmert has a true unflinching-fondness for the digital watches of Bond and as well as writing extensively about them on his site, he has many in his personal collection including the Hamilton PSR, a reissue of the Pulsar P2 the first digital watch worn by Roger Moore in Live and Let Die. You can catch that unboxing in the Vlog below.

About the digital watches of Bond Remmert reflects.

I have a special nostalgia feeling towards these watches. But I still think they’re relevant and cool they really made an effort in the Bond movies for the Seiko watches to be part of the story, to have a function, to have a gadget. Which I think they’ve lost in the recent movies – which for me is a shame. The possibility of a digital watch was already a gadget in themselves. The amount of Seiko’s in the films were incredible, a lot of close ups. 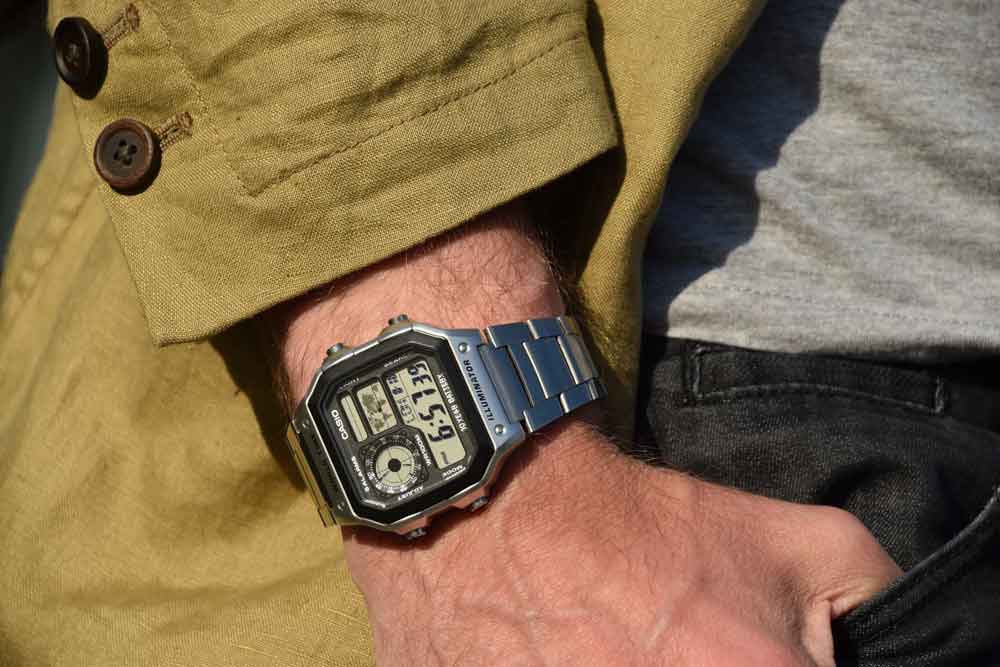 My Casio Illuminator – an alternative to the Octopussy tracking watch

Remmert talks about Seiko being a product placement in the Bond films.

They were product placements done well. Possibly Cubby Broccoli initiated the collaboration. He was all about product placement. It was a conscious choice and his initiative. Now they have got so forgotten and so obsolete, not many people care about Seiko [that much in terms of watches, back then] they were trailblazers. 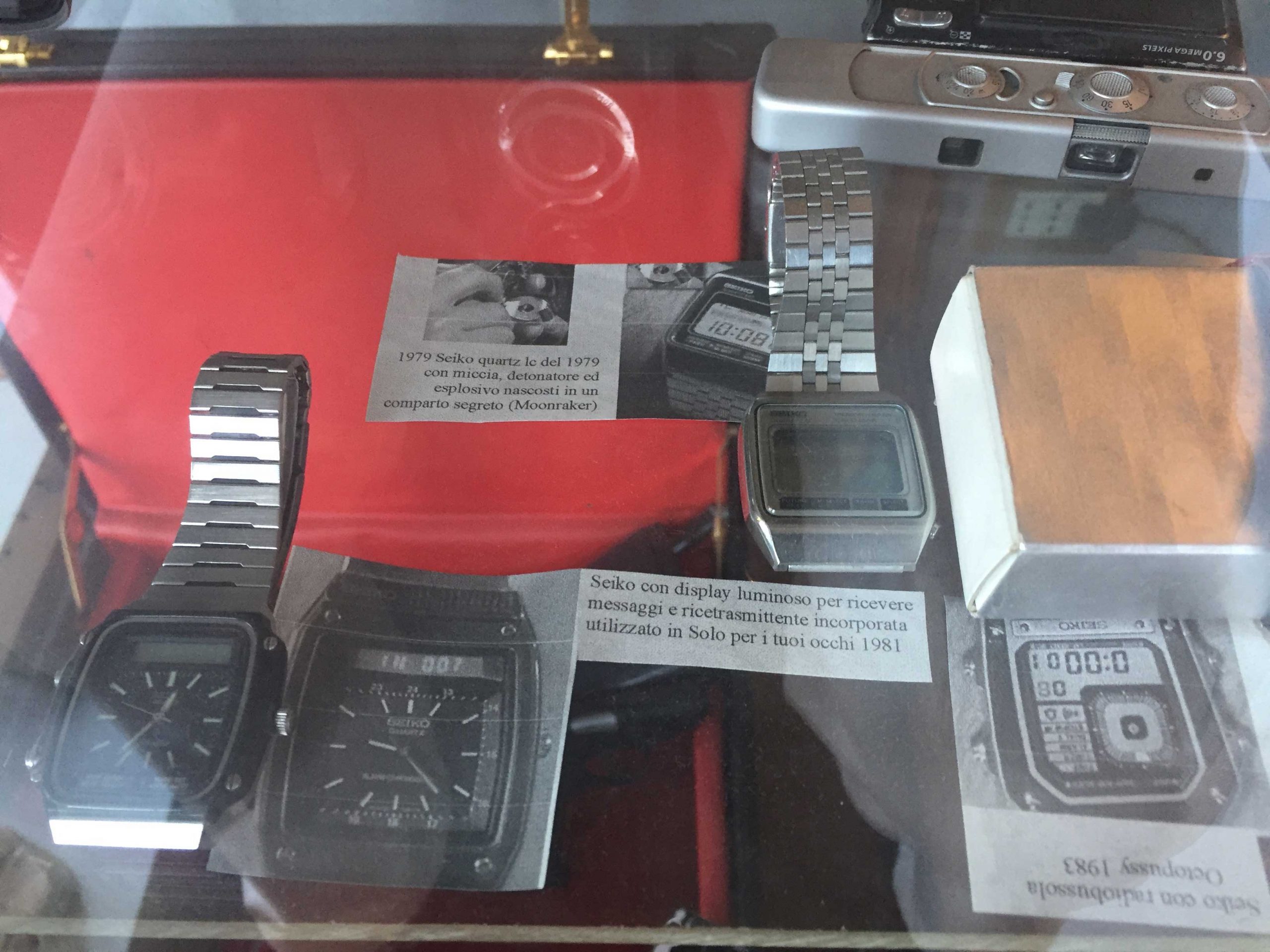 Remmert, Matt and I also talk about alternative Seiko Dive watches and the other blog that Remmert runs dedicated to famous watches seen in the movies. That’s a terrific blog called Watch ID. There you’ll find links to some beautiful watches such as this Seiko SKX009 with blue NATO as seen in the movie All Is Lost. 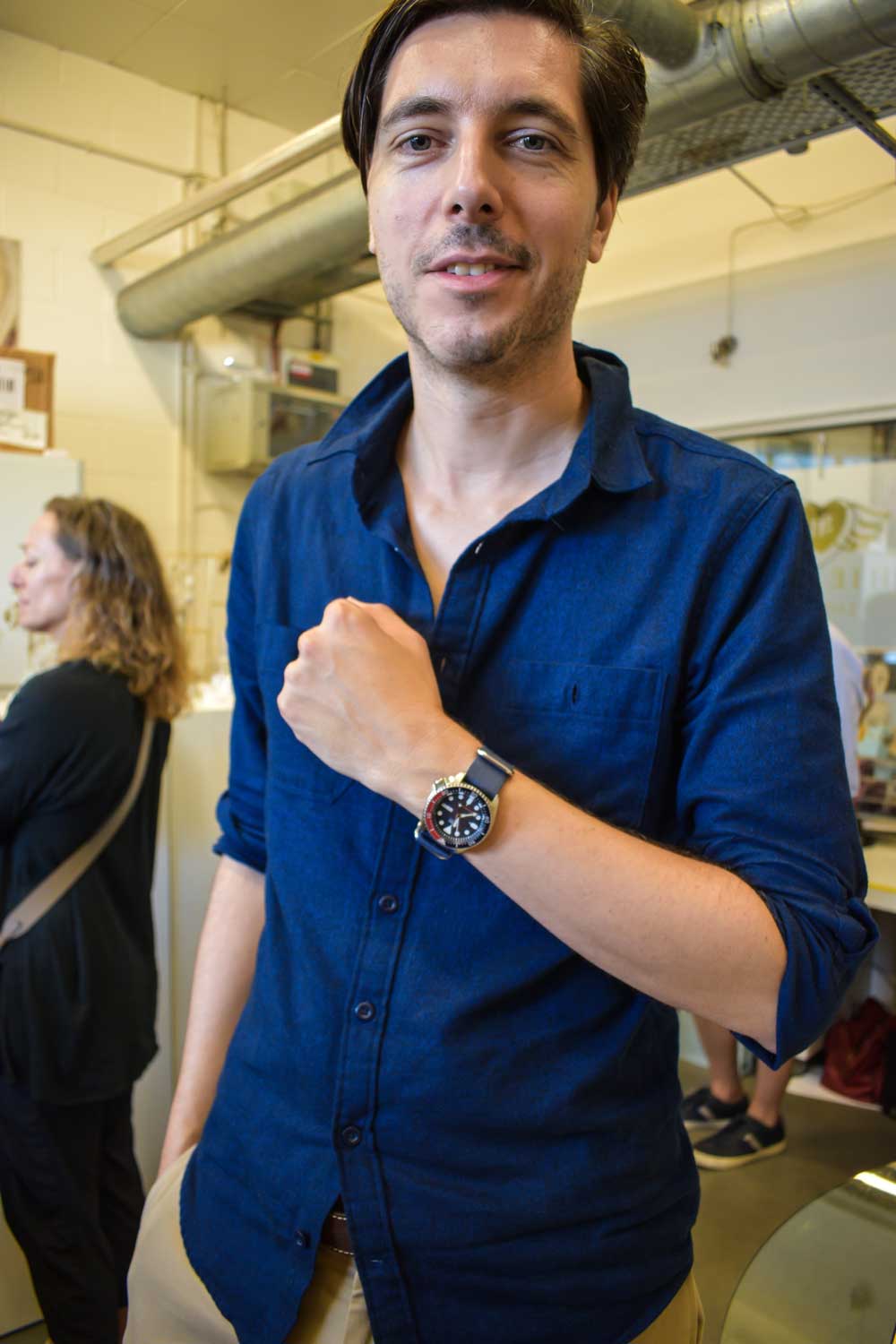 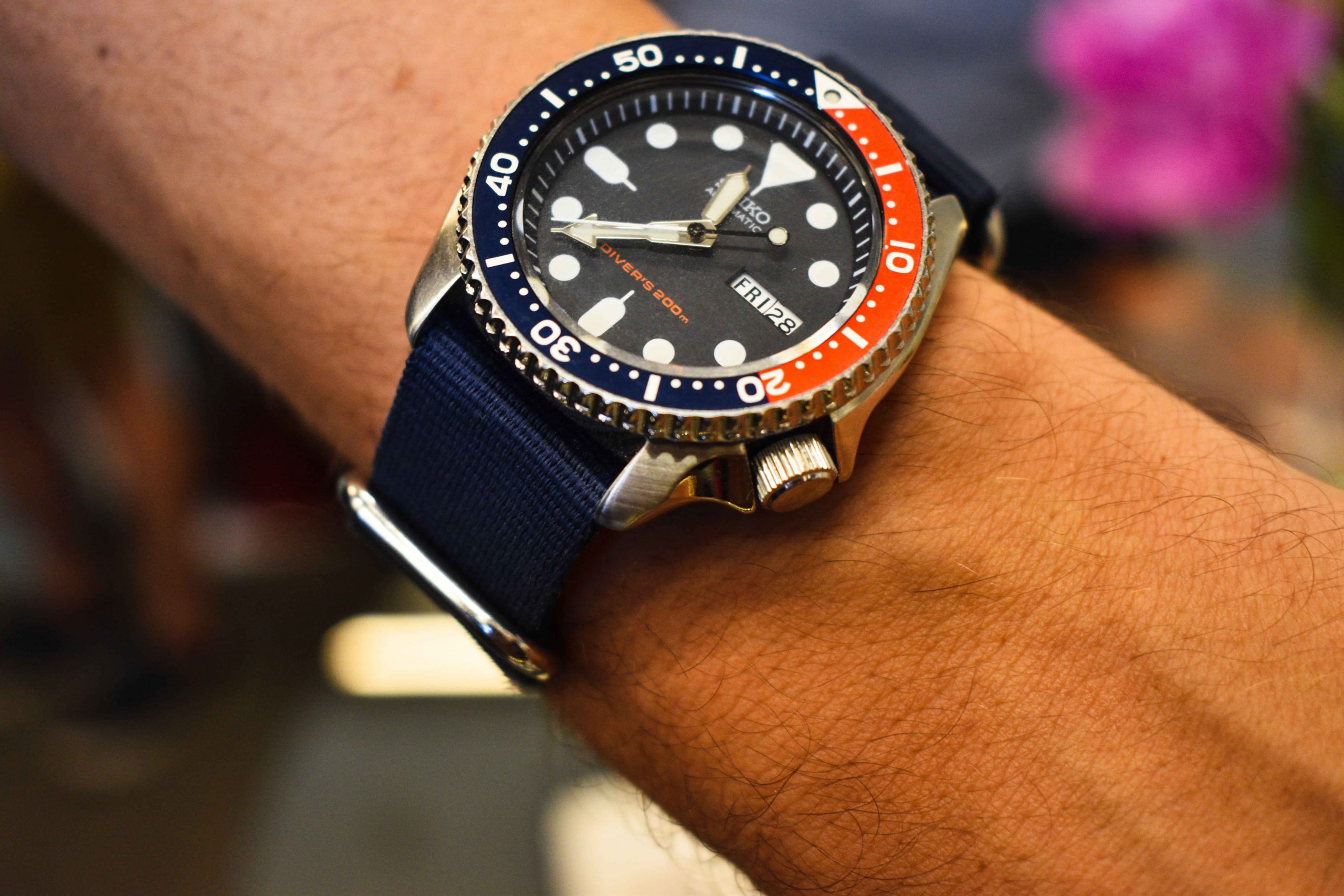 Other Links of Interest

Dell Deaton has done a short Vlog on the Seiko Titanium Diver Watch from For Your Eyes Only released in 1981. The Seiko diver’s watch is worn by James Bond during the dive in the yellow submarine to the St. Georges wreck, where he and Melina Havelock (Carole Bouquet) retrieve the A.T.A.C. machine.

For Your Eyes Only

You can see a clip of that watch in action (very briefly) in the YouTube clip below.

An interesting alternative to this as recommended by Remmert would be the Seiko Prospex SNE498 Solar Tuna. You can find a healthy amount of affordable Seiko watches and alternatives on his blog. 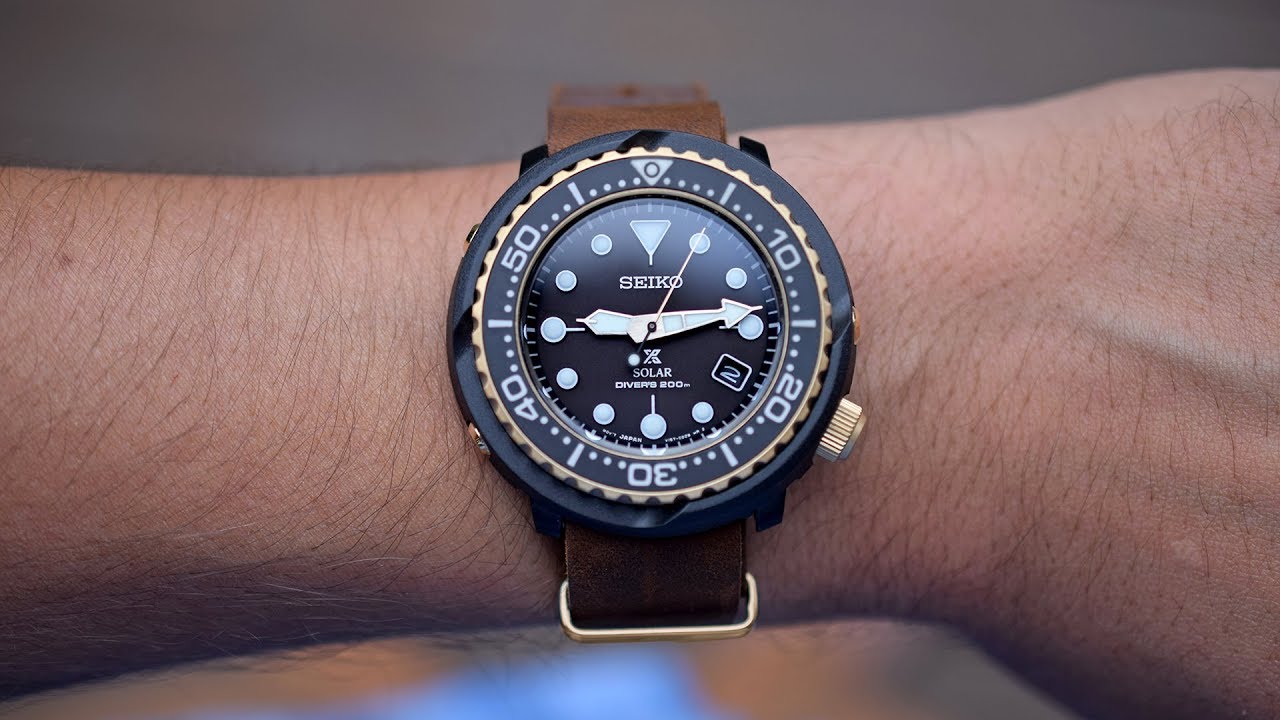 Thanks for the review and its good to see the 50th anniversary reissue of the Pulsar, it looks beautiful. In 1972 I was living in Silicon Valley and worked with the assembly team for the Hamilton Pulsar components. I silkscreened gold epoxy on ceramic substrates and with the aid of a microscope placed the tiny LED bars to form the quadruple 8 pattern.

The LED display was then handed over to be bonded with fine gold wire on a device that resembled a high tech sewing machine. Monsanto was contracted by Hamilton Watch Co to manufacture their first digital desktop clock as well. It was during this time that I attended a presentation in Cupertino by Carl Sagan on his role in the Voyager Project.

This was before the SETI Institute was established in nearby Mountain View. Sagan was then working with Frank Drake in the Pasadena Jet Propulsion Lab. 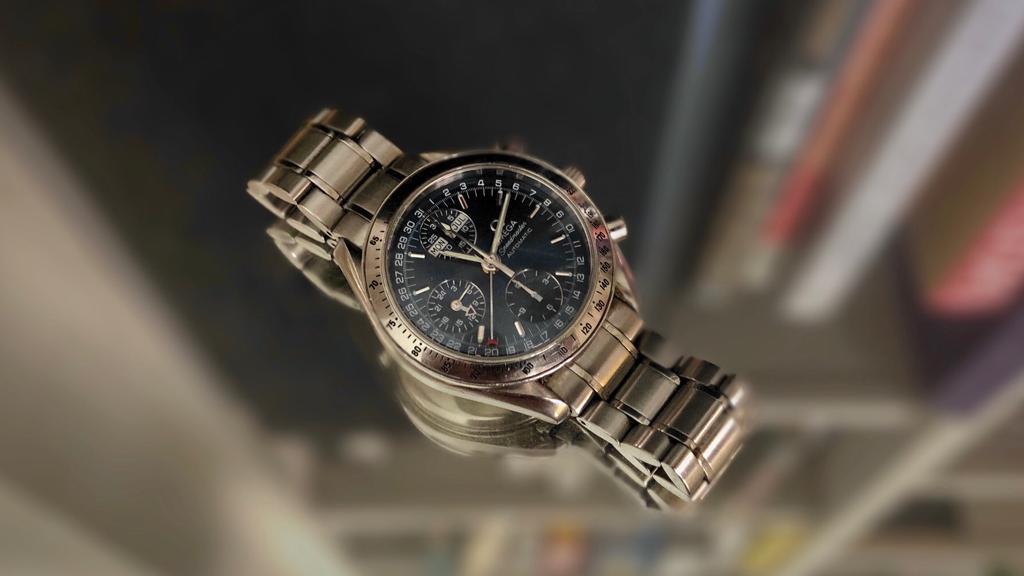 Matt Spaiser from Bond Suits for coming on the podcast also. As well as watches we talk about the digital content of Bond. Blogs, social media etc. Both Remmert and Matt are the stalwarts of the James Bond blogging world and as a community we owe them a huge debt. In the upcoming YouTube vlog we talk about Matt’s watch, The Omega Speedmaster Triple date seen above.

The Gadget watches of James Bond