Adam Brown, the co-founder of Orlebar Brown, talks to me about his love for James Bond, working EON and how the brand got involved with Skyfall. Here’s an excerpt from the interview which was recorded for the podcast.

Your swim shorts were used in the swimming scene in Skyfall, did you manage to get down on set that day and watch them film the scene?

AB – We had no idea that was going to happen, we had a good indication that the scene had been filmed, we knew the shorts had been selected, you don’t know until the final edit that the shorts would be in the film.

How did Orlebar Brown get involved with Skyfall?

AB – It came completely out of the blue, it happened by pure luck. A call came in from the PR company we sent in some shorts, a selection was made by the stylist and with I believe Daniel had some input as well. Very fortuitous for us the selection was made. [But] the thing people don’t know, far outnumbering the shorts in the swim scene, was pretty much all the baddies on the island were wearing Orlebar Brown sweat shirts and tee shirts.

How much of a fan of the James Bond franchise were you before your involvement?

AB – I’ve always been a Bond fan. I don’t know every scene of every film, but a picture of Sean Connery in baby blue towelling and some of the beach scenes were on mood boards right from when I [first] had the idea for OB.

[…] I used to have pictures of my grandfather on boats in towelling polo shirts, then Sean Connery as James Bond. The relationship between James Bond and OB – there’s always been such incredible alignment and symmetry.

Wherever it’s being English, international, that sense of fun, slight sense of irony, the humour, [etc]. So many characteristics we were trying to bring alive in OB that were appropriate and relevant in James Bond. I’m a fan, he absolutely was a major part of our initial mood boards and continues to be part of our mood boards. If you put those ideal partnerships you’d like to have, Bond and OB are on the shortlist. 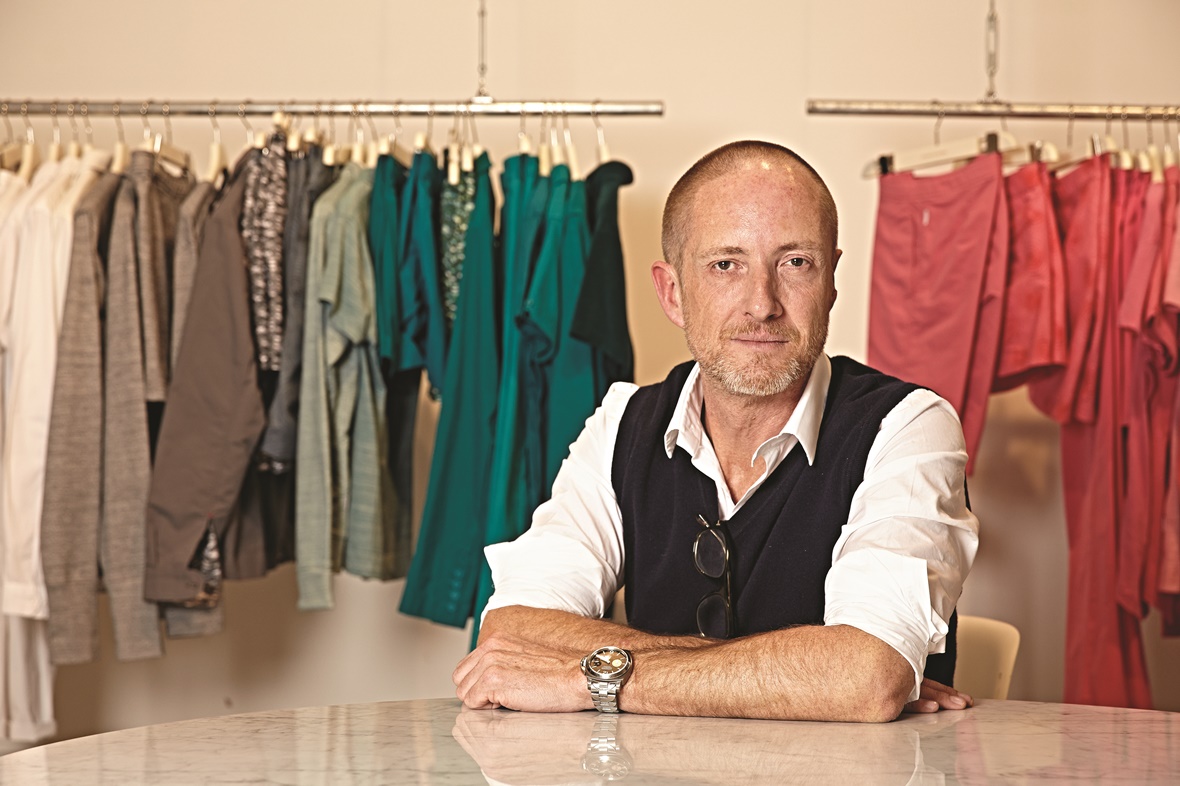 Adam Brown – Bond was on the mood boards from the beginning

How do those conversations with EON begin with regards a working relationship?

AB – It starts off with a random conversation in the pub – lets try and make this happen. Lets put a phone call in. Then there are lots of conversations on what does a partnership look like. Then there’s a design process that is relatively straight forward. We knew very early on we wanted to do the artwork for the films, we’re known for our photographic prints. 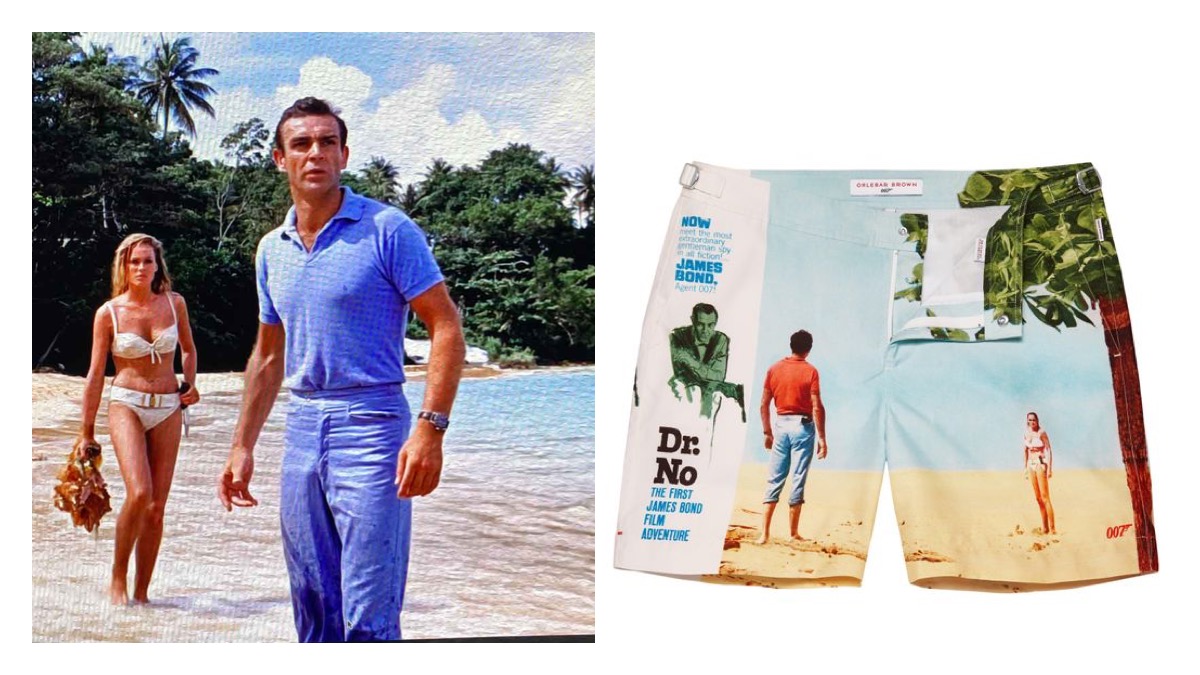 AB – Ultimately we felt this project was about the the humour and the illustrations of the posters that were used to advertise the films. All the countries were free to interpret those artworks to how they thought was right for that particular country, so its going through the archives seeing which one would work. Once you start laying them out on the product do they look right? Is there a gun or a mans head in a bad place, zips, crotches etc.

It’s a dialogue, its a selection process, its reviewing editing out. Its that type of process. You have to visualise it for everyone.

Listen to the entire interview with Adam Brown (episode 4) on iTunes, Stitcher or Spotify. Or listen in the player below. If you could leave a review then I’ll buy you an ice cream.

You can shop the Orlebar Brown X 007 Collection through their online store.

Read my review of the Orlebar Brown Piped Blouson Jacket from A View to a Kill.