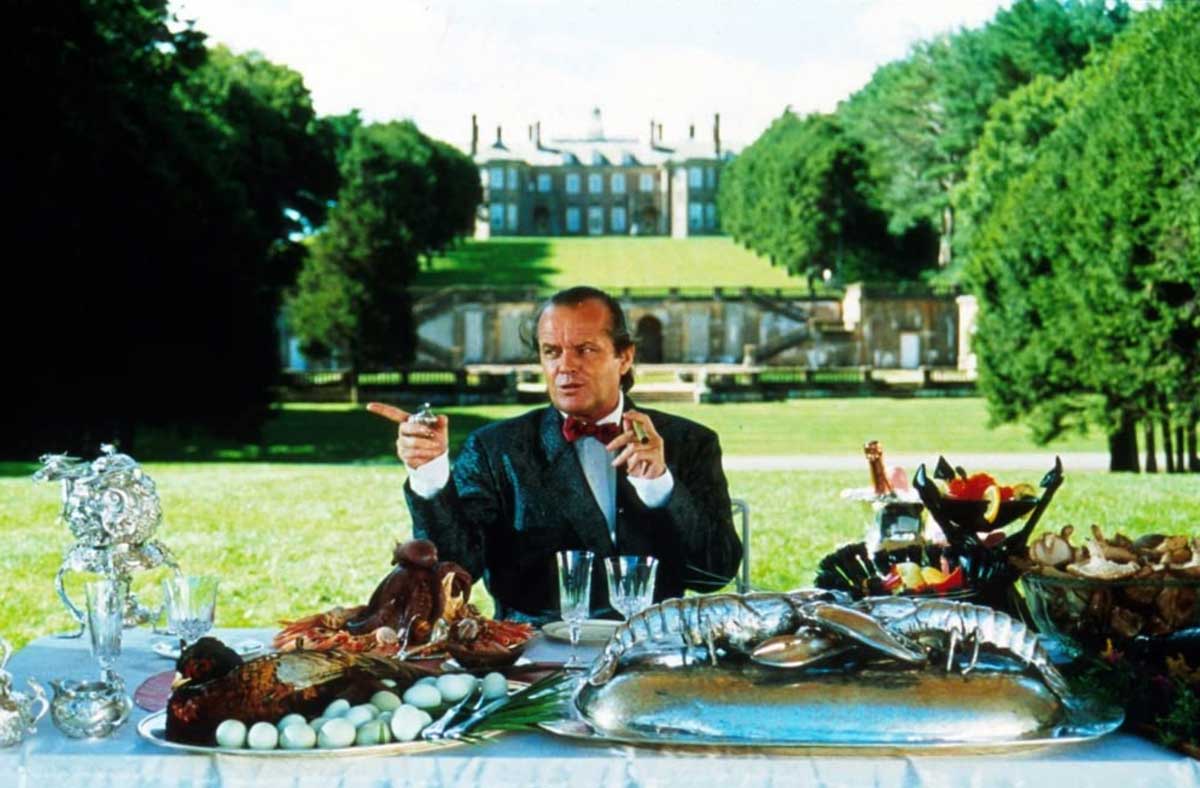 The Witches of Eastwick – possibly my favourite Jack Nicholson film. Yes Five Easy Pieces has more weight, yes As Good as it Gets doesn’t burst the damns of gender politics like this one, Yes Batman is more iconic. But there is something about watching Nicholson, tell Cher ‘I would love to f*ck you’ whilst gyrating in his zig zag robe that is irrepressible.

His entrance is fleeting, over zealously applauding a performance by Susan Sarandon’s character Jane at a string quartet. The big prestige of Daryl Van Horne comes when he meets Cher’s character Alexandra in his birding gown, fruitlessly searching for Snowy Egrets. 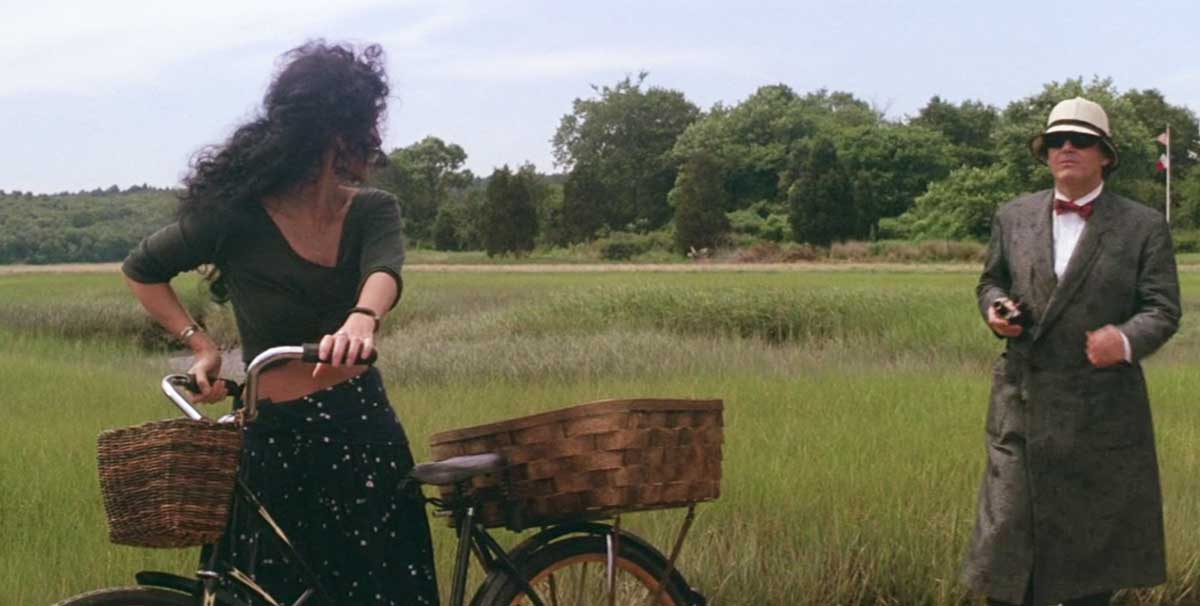 Get some size into it

Nicholson is wearing a double breasted button-one birding gown. What is unique is the reptilian texture, which exudes affluence whilst simultaneously suggesting something very dark about the character of this mysterious Daryl Van Horne.

His colonial hunting hat is used for comedic effect, and his red floral bow tie contrasts elegantly with his flat top dark lens wayfarers. Overall it’s a smart look, but undeniably zany. Style is important to Van Horne. His only slovenly moment in the film is when he falls into despair after being abandoned by his girls and is forced into doing his own laundry.

Costume designer Aggie Guerard Rodgers was keen to impart an expensive yet flamboyant look to match the mercurial and off the wall performance by Nicholson.

His printed camel motif coat when he seduces Sarandon for example, speaks volumes for his heightened eccentricity and esoteric taste. His shirt collar has some intricate embroidery that also sets this look apart. 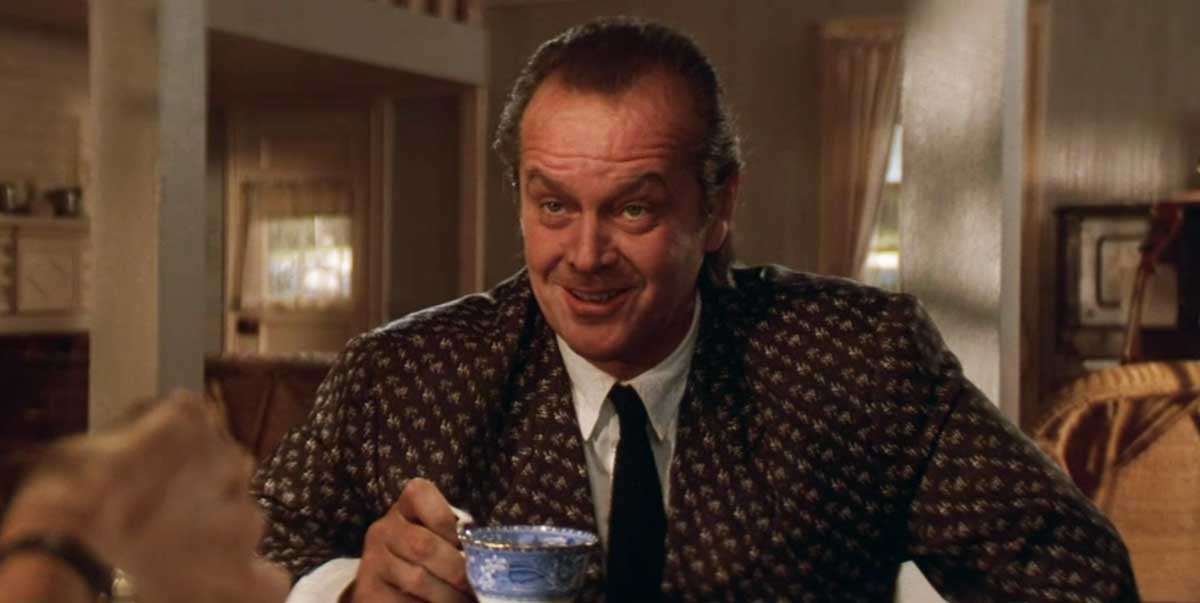 These are human beings 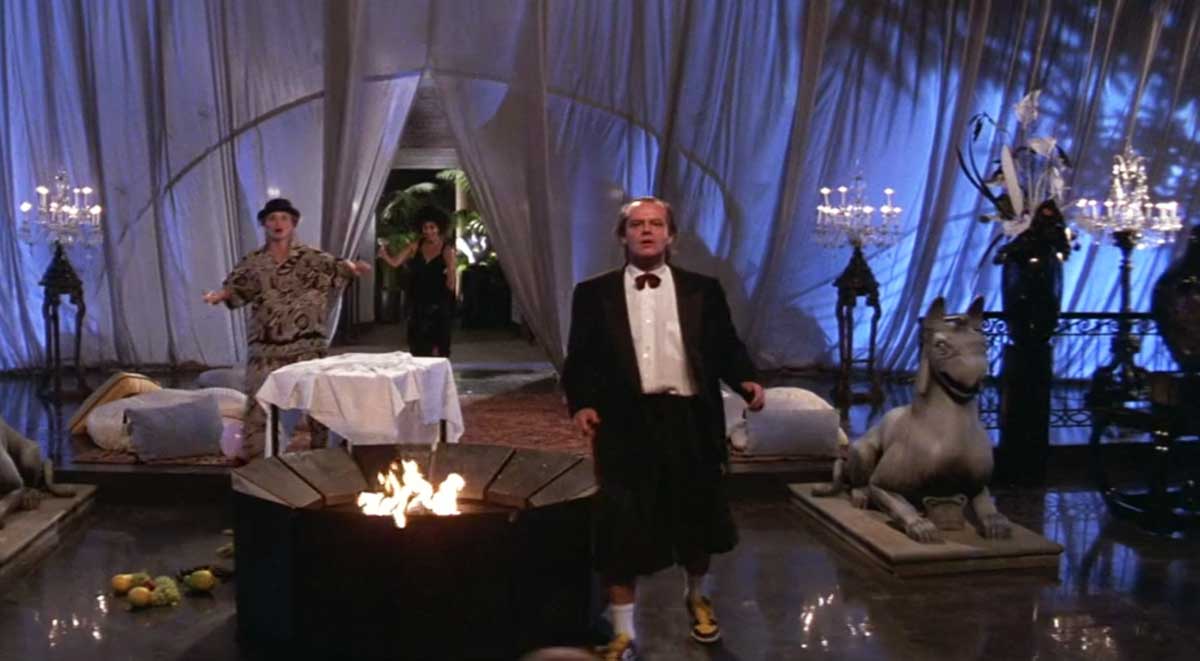 For the final act of the film, Van Horne wears a pink single breasted jacket with cream double forward pleated trousers made from a light cotton or linen fabric. Adorned with the true 80s embellishment of a belted pink robe with a long western yoke.

The end credits cite Nino Cerruti provided the suits for the film. 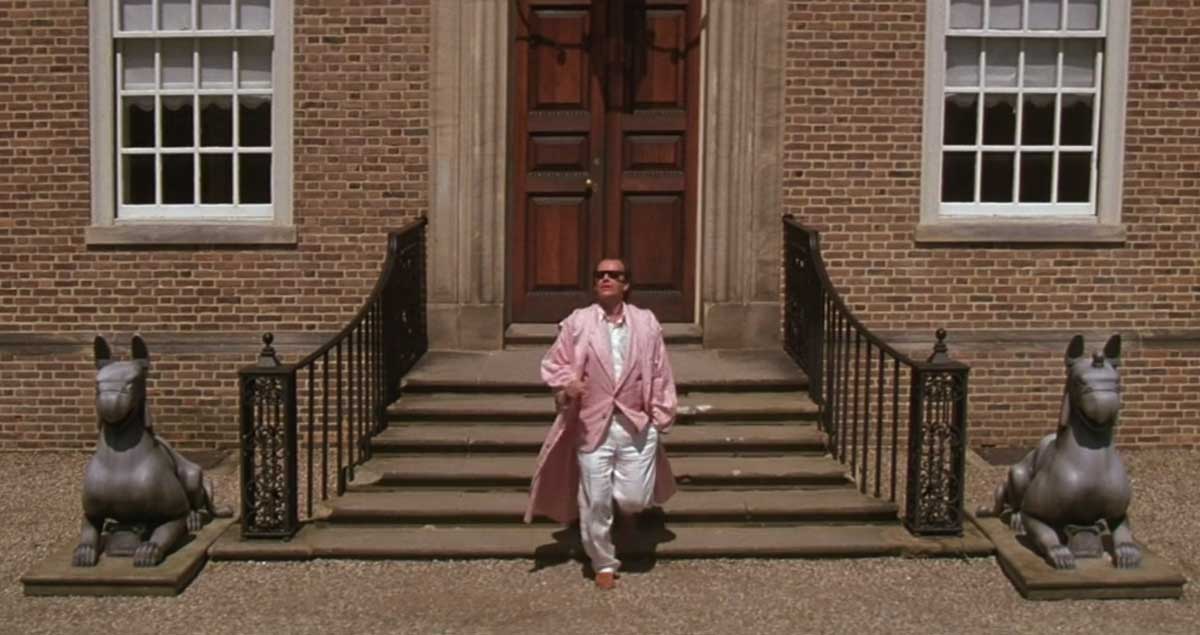 A Note on the Sunglasses

Van Horne wears flat top sunglasses with dark lenses throughout the movie. I haven’t been able to find the exact pair. On his fan site, Jack Nicholson cites that Fred Astaire was the instigator on why he wears sunglasses repeatedly in his personal life as well as in films.

Props from The Witches of Eastwick

The Witches of Eastwick is based on the book of the same name by John Updike and is available on Blu Ray. I would have liked to have found a book on Nino Cerruti, but nothing was coming up in my search. So next on my reading list is The Big Goodbye: Chinatown and the Last Years of Hollywood by Sam Wasson.