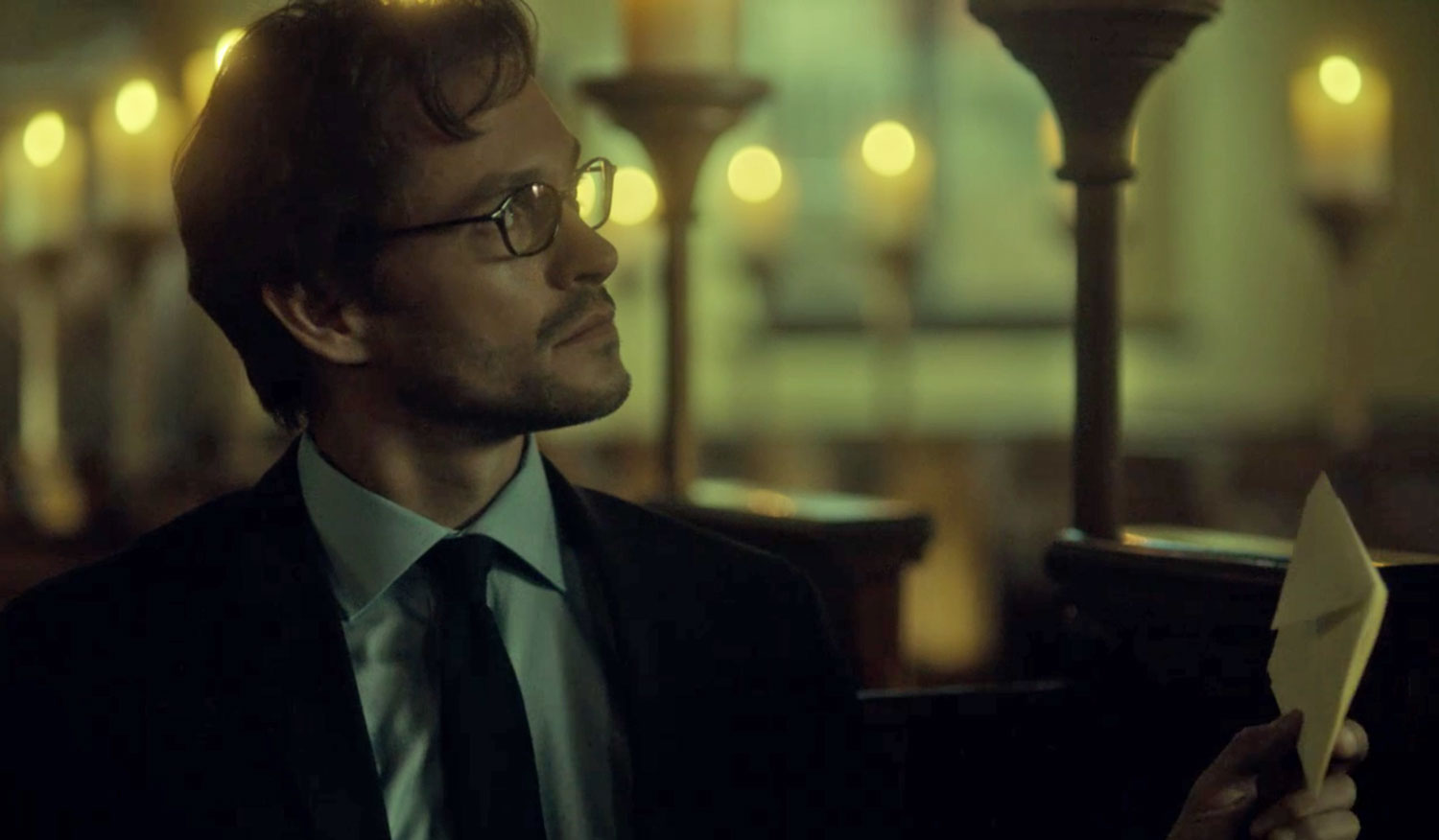 This could be the best bargain for any suit sold at auction ($400). This two piece Hugo Boss worn by Will Graham to Bella’s funeral only had a fleeting amount of time on screen, but any normal Hugo Boss suit would have fetched a much higher price. Not only do you get a screen worn suit from the film, but the buyer of this suit could wear this to a multitude of events as it’s not splattered in fake blood.

From the auction listing we are told,

The Hugo Boss suit is made of grey and black wool in a small hatched pattern. Will pairs this with a Black and Brown shirt composed of light blue Egyptian cotton. The navy Linea tie is made of 100% silk with a herringbone pattern. The Ferragamo belt is made of dark leather with a metallic black buckle.

This is also a rare occasion when we see Will in a suit. When we do, we are informed that Will does know how to dress respectfully for the occasion. He wore an understated yet unidentified fine navy and blue check suit for his court appearance in Season 2. Interestingly his Paul Smith tie for that court appearance sold for more than this entire costume. ($600). 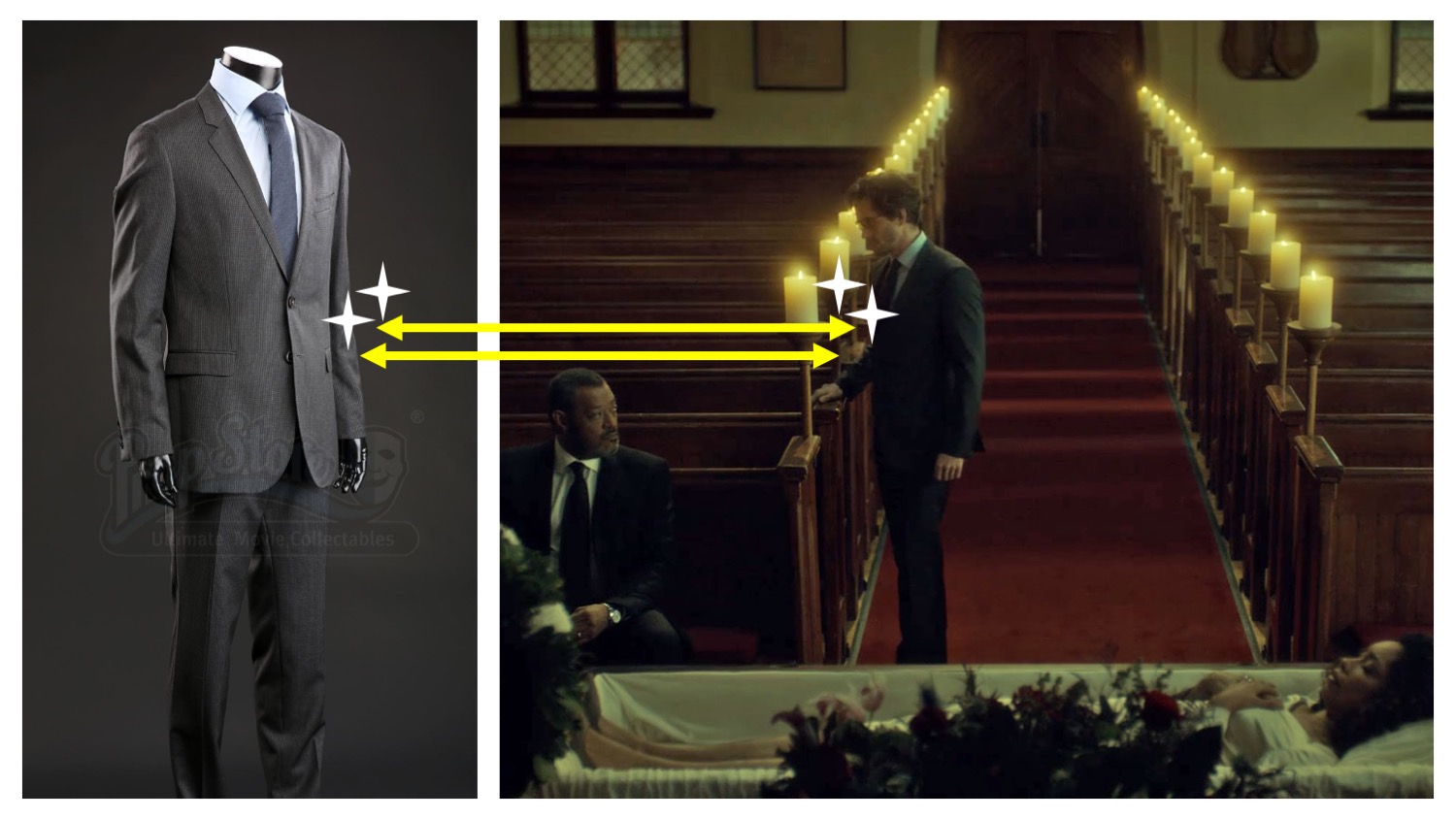 Whilst most people would think black suits are the go-to funeral attire, this suit suffices as the scene is so darkly lit. It’s also a very personal service, only Will and Jack are in attendance. Whilst this is a respectful way of dressing for the service, it’s probably just too on the casual side. After all this suit could easily be worn to a wedding, a business event etc. It’s such a generic colour that it could serve multiple of events. As many people have only one suit in their wardrobe, it’s not uncommon for a suit like this to be worn by someone like Will.

Can you wear Grey to a funeral? I suppose as this suit is a grey and black wool, and not a light grey, then it’s certainly passable. It’s probably best to wear a well tailored black and grey suit, with shirt and tie, as opposed to an ill-fitting black suit bought or rented last minute. 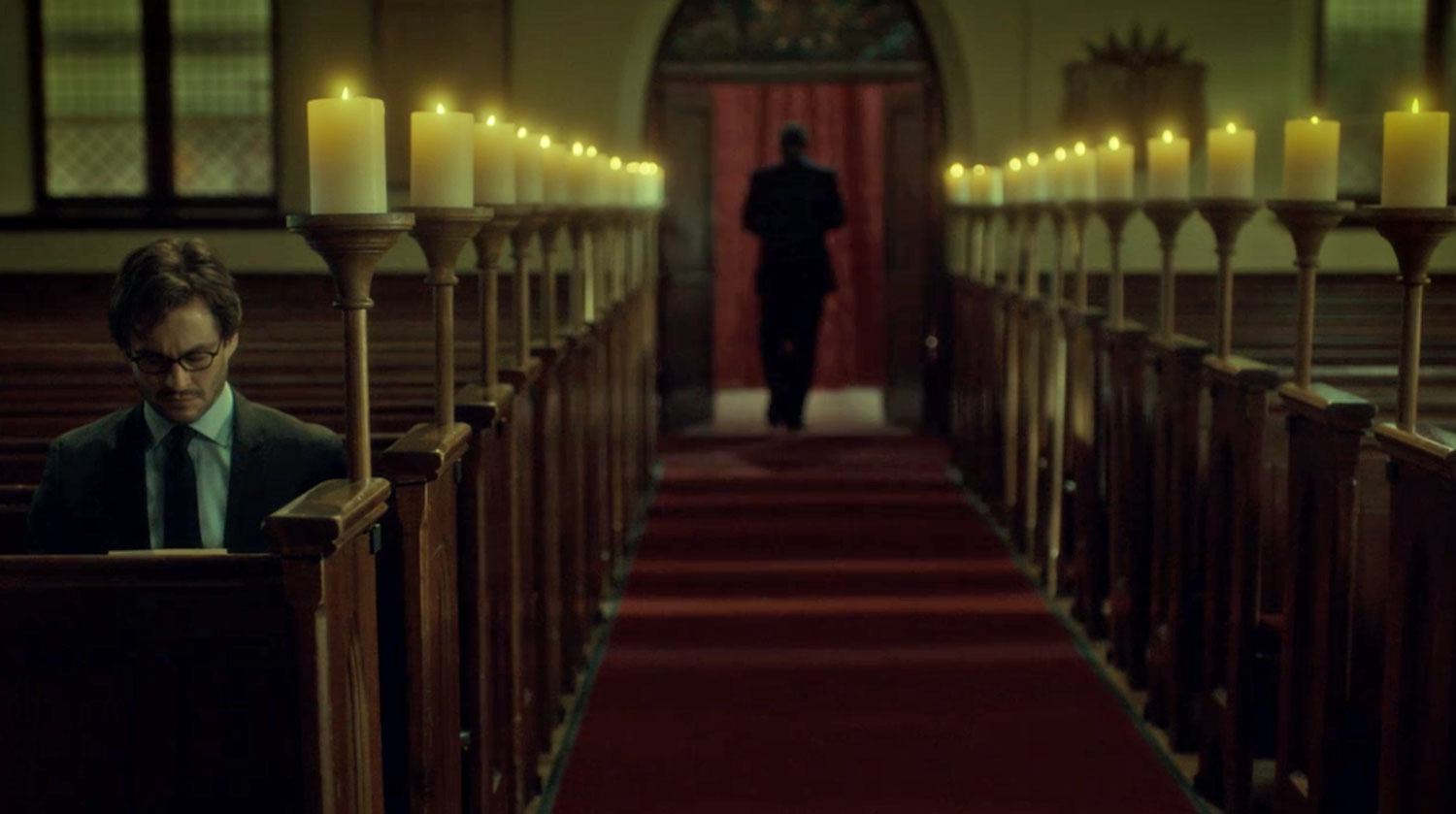