There’s not a moment that this movie slows down for a second. It’s redlining the entire time. 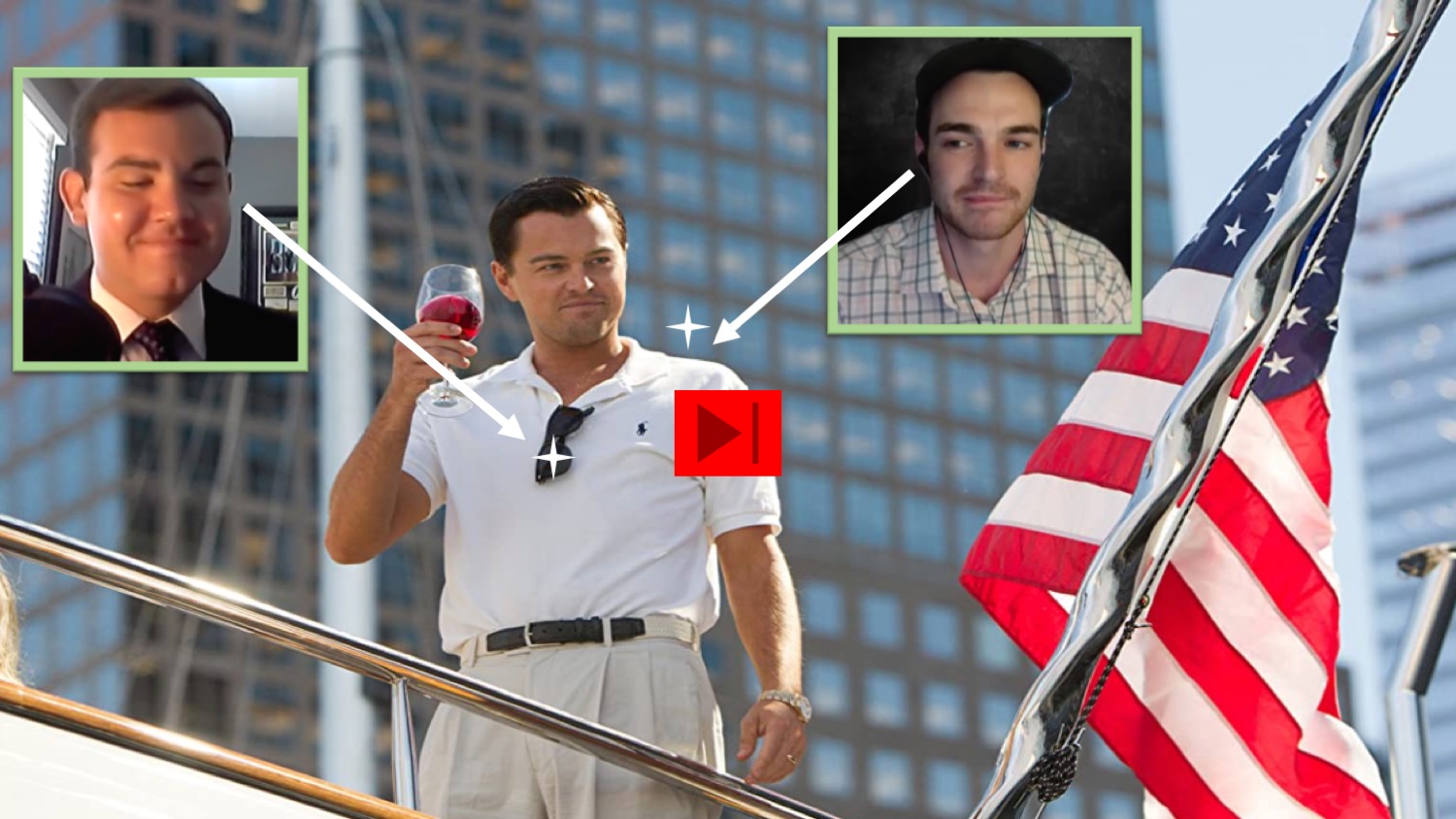 The Wolf of Wall Street

Listen to the style discussion with Kyle Barbeau & Jon Shanahan on the podcast (available to listen on iTunes, Stitcher or Spotify or in the player below). You can also catch our chat on YouTube.

When he first started out Jordan Belfort talks about his time as a young broker making his way in the world with his cheap Clodhopper shoes and cheap blue suit. I wasn’t familiar with the term Clodhopper but have since learned it’s an ugly, unfashionable boot/shoe used mainly for heavy duty use. See more of the origin story on the Word Detective site. Jordan also wore a Timex watch that he purchased at JC Penny’s for 14 bucks.

When Jordan made money he spoke fondly about his hand made black cowboy boots. Each boot was cut from a single crocodile skin and was worth 2400 dollars. This he never compromised on, but his wive ‘The Duchess’ insisted that he got a different watch to the one he owned. An 18 thousand dollar gold Bvlgari watch which he described as ‘thin and understated’. Instead he got a solid gold Rolex; thick and chunky.

Who made the suits?

Jordan names Anthony Gilberto as the firm’s tailor. He is played in The Wolf of Wall Street by Leonard Logsdail and his son. Leonard made a lot of the suits for Leonardo Di Caprio and Jonah Hill, and you can read my interview with Leonard about this in a previous article here.

In the book Jordan describes Gilberto,

All day long he’d go from desk to desk of young Strattonites taking orders. Custom made suits 2000 dollars a pop. The dress code for men at Stratton Oakmont would be a custom made suit, white dress shirt, silk neck tie, solid gold wrist watch. For the women; go to hell skirts, push up bras and plunging necklines. 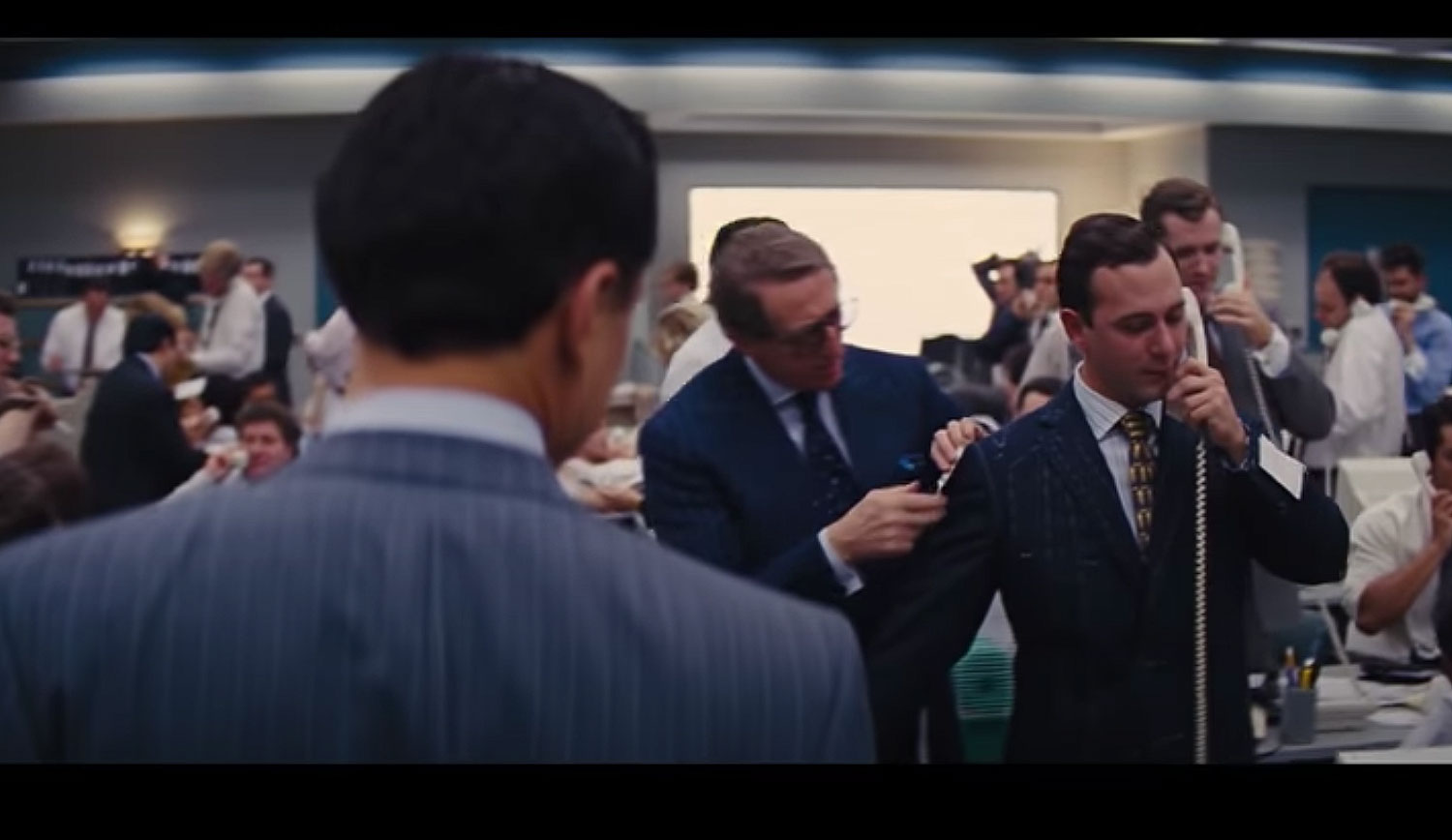 Leonard Logsdail measuring a suit for a Strattonite

In the film that Di Caprio throws during a speech, Kyle Barbeau has some intel on this,

So in the film, because Leonardo DiCaprio is a brand ambassador for TAG HEUER. He’s wearing TAG watches, not Rolexes and even though the real Jordan Belfort threw a solid gold Rolex watch, the one that Leo throws is a gold plated TAG. It’s because of Leo’s professional relationship with TAG but it’s it’s better for the film, because it’s not solid gold. It’s gold plated, it’s everything on the surface looks shiny and beautiful, but really underneath its base metal, which is Jordan Belfort which is Stratton Oakmont.

Yeah, that yacht outfit is the iconic look from this film. I mean that is the one that everybody remembers. It looks great. The white polo I mean, that’s just a classic, white polo that anybody can pull off. It’s, I think the way that he wears it there looks good in the film, but also would look great today. The pleated khaki, like trousers that he wears, too. The braided belt and everything. I think that’s a killer style. You can customize the size of the Polo logo on their website. So you can get the white polo. And then you can say if you want micro size, medium size, large size, etc.

Was tempted to get this tee for the show but it was too last minute. This is the best reviewed on Amazon.

The Wolf of Wall Street: Glen Plaid Suit in London