Yes can you believe it!

The scene where Tanner takes James Bond to the new Mi6 Headquarters in Skyfall was shot here at Smithfield Meat Market. 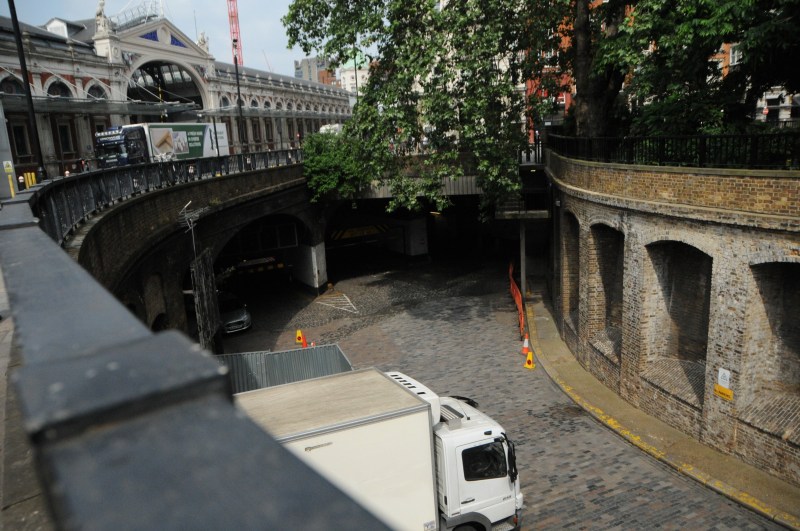 Where are we Tanner?

The winding road leads down into leads the Smithfield Car Park in West Smithfield alongside the famous Smithfield Meat Market.

The winding road encircles a city garden, which has been an open space, open to the public since 1872. People were once publicly executed here for our entertainment. Now one can enjoy a quiet latte and read a copy of amateur photographer. 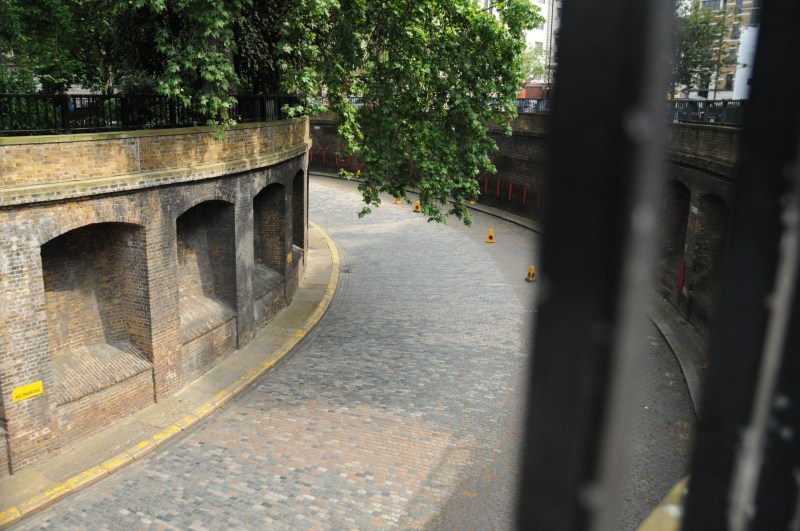 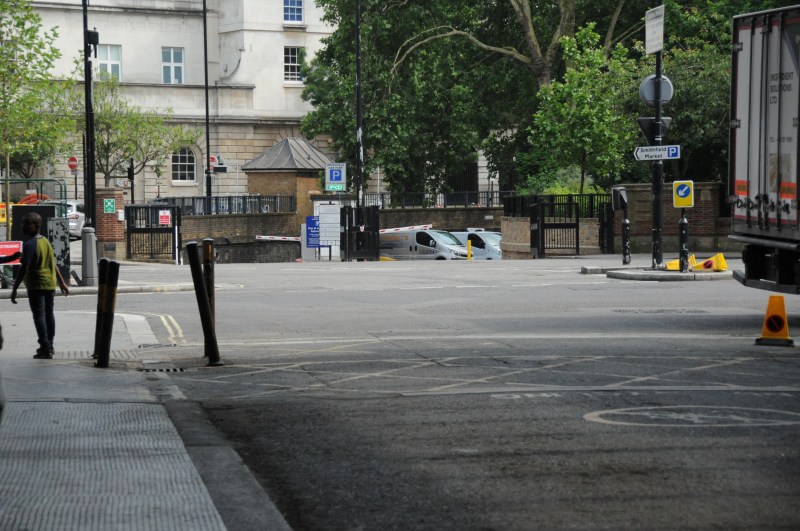 Come I’ll give you the tour

One of the best ways to spend a Bank Holiday Monday is doing some London Walking Tours. 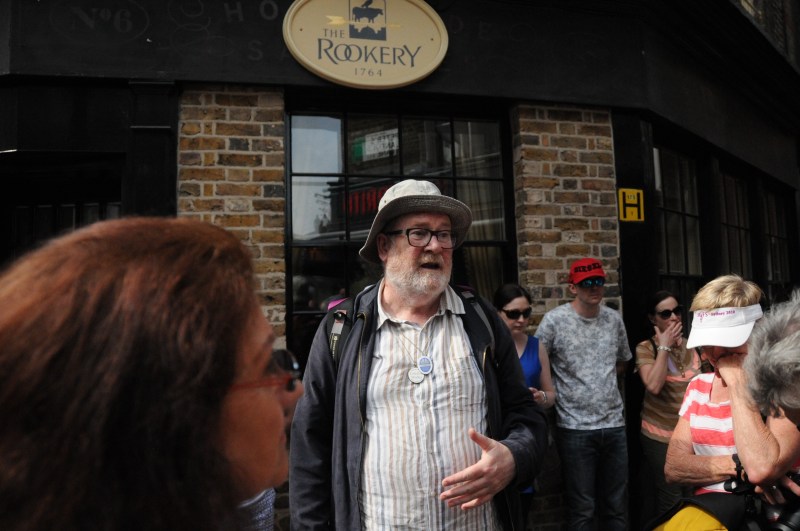 He talks a good game

Firstly I’d like to start with the London’s Secret Village tour ran by a chap called Andy (featured in the photo above) who by all accounts has lead a a very interesting life himself.

A disheveled self-effacing actor/playwright who has manned yacht expeditions across the Carribean and has been held at gunpoint in Haiti.

On the tour Andy starts with the history of the bombed out Christ Church Greyfriars, opposite St Pauls. It was rebuilt after the Great Fire of London in 1966 to the designs of Christopher Wren (who of course built St Pauls) but was bombed during the second world war.

The ruins are now a public garden and the surrounding buildings are now owned by American bank Merrill Lynch.

Highlights of the tour included a look inside the 13th Century Catholic Priory Church of St Bartholomew the Great.

You can enter for free on the walking tour but it’s considered good practice to make a donation.

This church was used to film the final wedding in the movie Four Weddings and a Funeral and now hosts a statue donated by Damien Hirst. 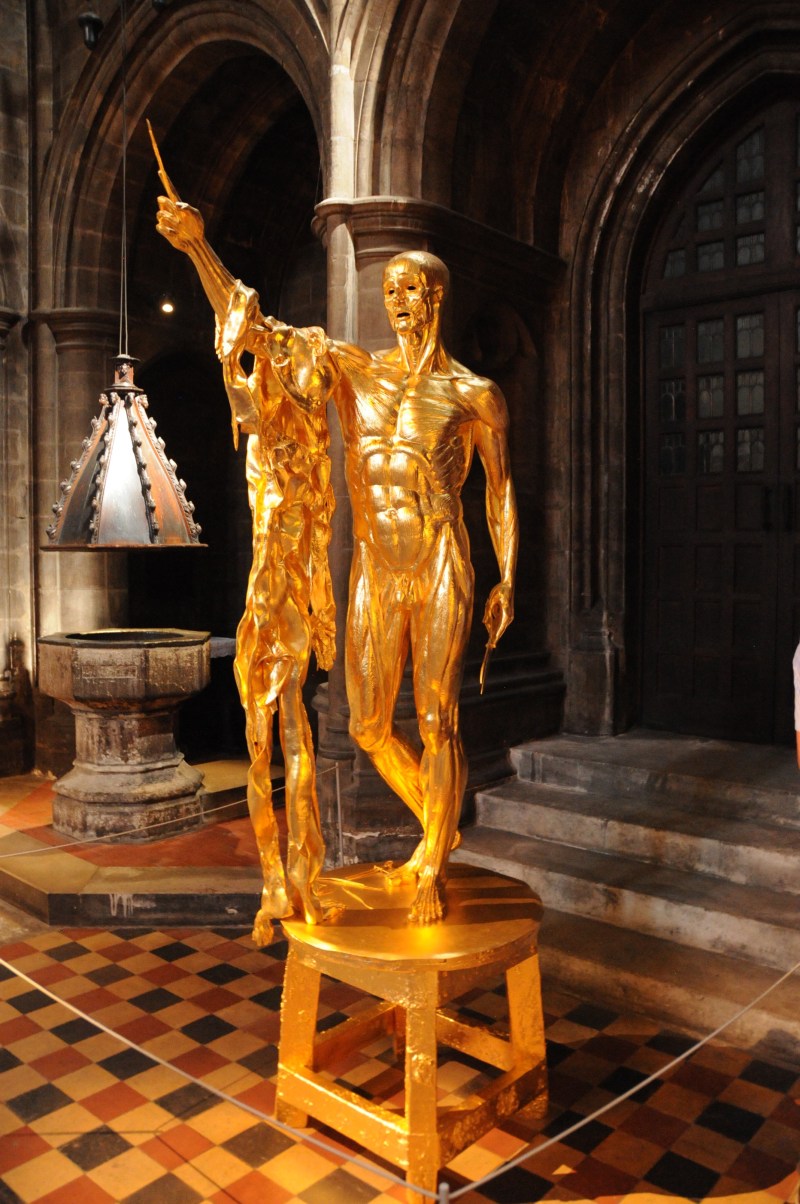 The statue entitled Saint Bartholomew Exquisite Pain is made of 24 carat gilded bronze and is a permanent loan.

It depicts Apostle Bartholomew skinned alive as is tradition, apparently. Poor fellow. The Nave of the church was destroyed by Henry VIII who was a true sadist.

He certainly had it in for these Catholic churches, and this beautiful Catholic Priory Church didn’t go unmolested. Once you exit the church you’ll find the monument dedicated to Scottish patriot William Wallace. 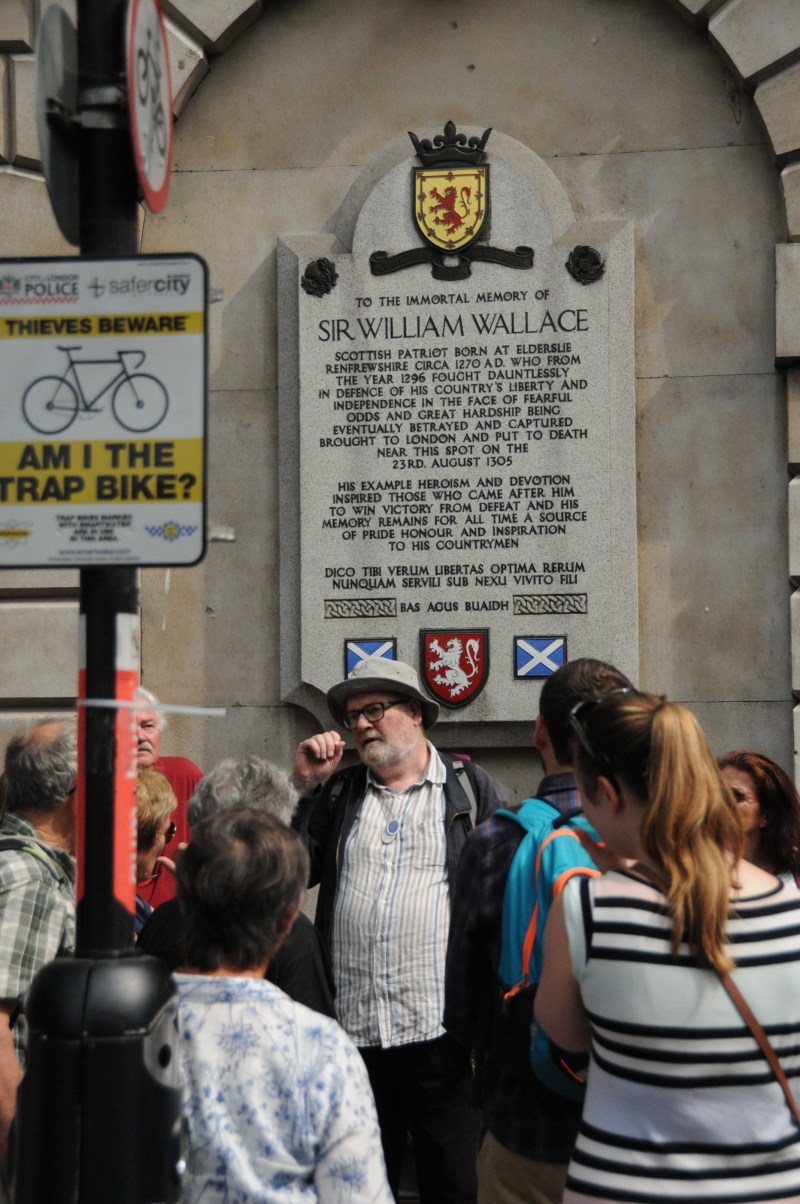 Here he was executed by the British, hung drawn and quartered, as is the British way his limbs were dispatched to various parts of the UK and his head was stuck on a spike on London bridge.

The first ever head to be stuck on a spike on London bridge. It was a grizzly time to be alive man.

In this square which faces Smithfield Market was where the Brits used to hand people back in the day. The aforementioned Henry VIII even boiled his chef alive after giving his family food poisoning. 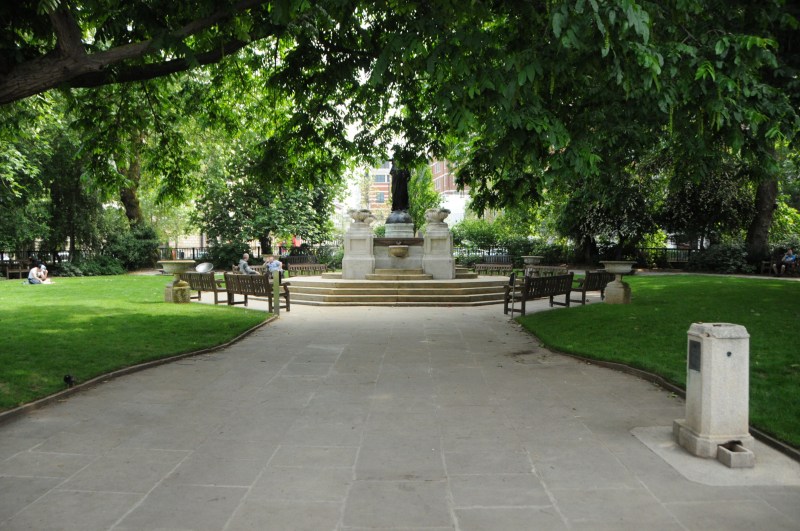 This article has not been endorsed by London Walks. You don’t need to book to join these London Walking Tours, the tickets are ten pound upon arrival and students get a 20% discount.

I’d like to thank Andy for a thoroughly enjoyable two hour walk through Smithfield Meat Market, Clerkenwell and highly recommend this guided tour as a way to spend a Bank Holiday Monday.

If you enjoyed this article you might enjoy other articles about my visit to other James Bond Locations such as my trip to James Bond World located in Piz Gloria, Murren, Switzerland.