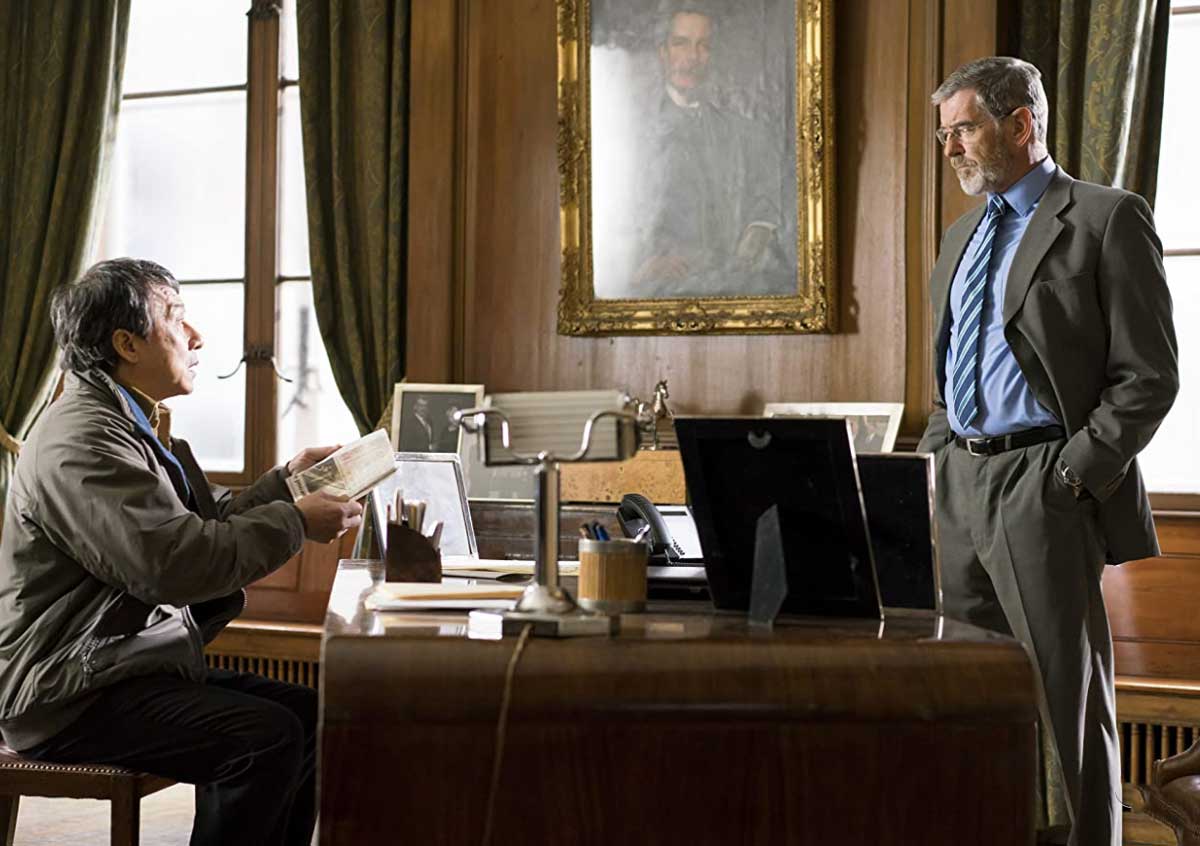 The Foreigner (2017) Directed by: Martin Campbell

‘[shoots McGrath in the knee] That’s me being nice!‘ Liam Hennessy, The Foreigner.

Filmography: The Spy Who Dumped Me, Bad Education, and Irresistible

I spoke to Alex Bovaird about what it was like to work on The Foreigner. Here are some short excerpts transcribed from the interview which you can listen to on the podcast. (Links below). You can also catch a snippet of the interview on our YouTube channel. 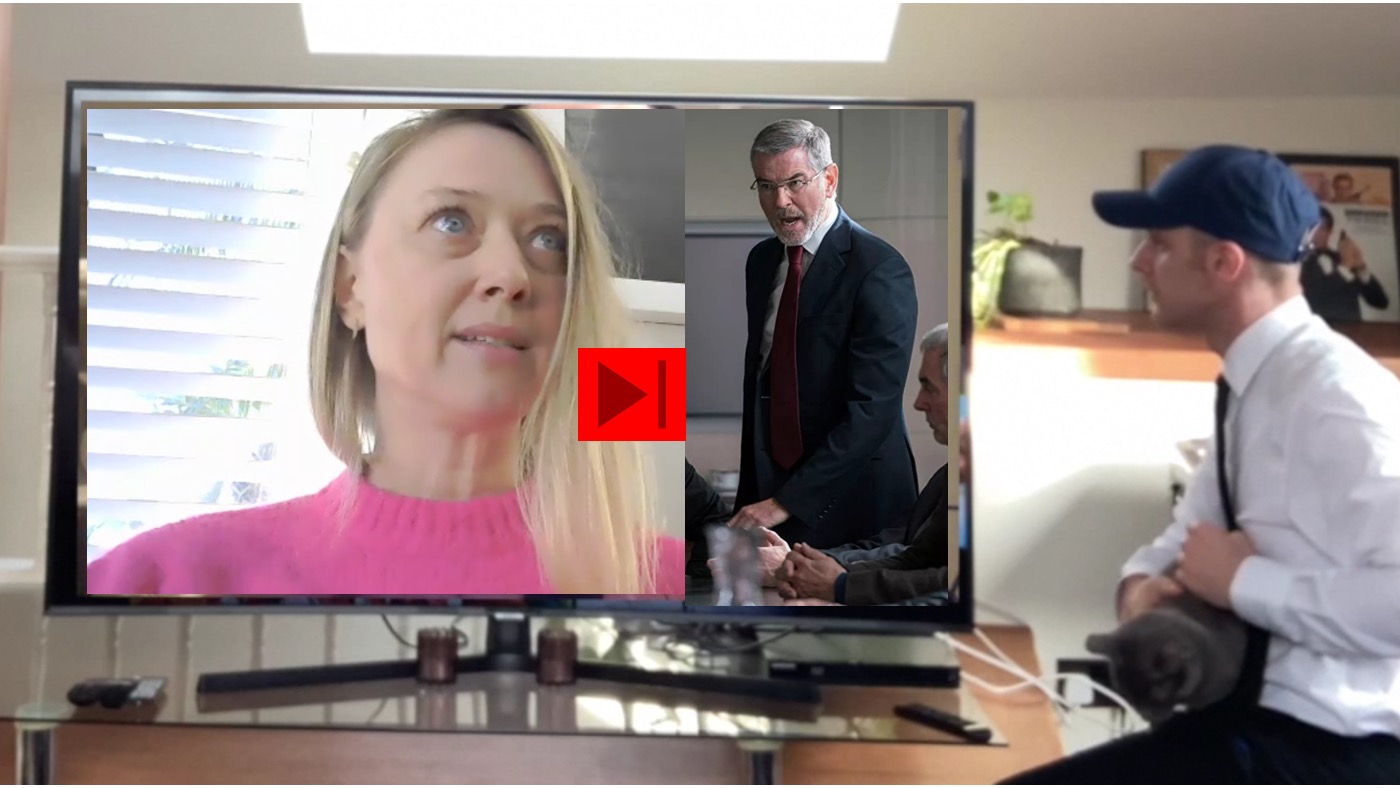 What preparations did you do for your work in The Foreigner?

I did a lot of mood boards, photographs of clothing lot of IRA research, from china town people milling around I got my camera out and went to areas of New York and did some stealth photography. Just a whole collage of things that I thought would be good references for the movie.

(Below are some illustrations that Alex put together for the designs. Credit: Phillip Orozco, an illustrator in NYC). 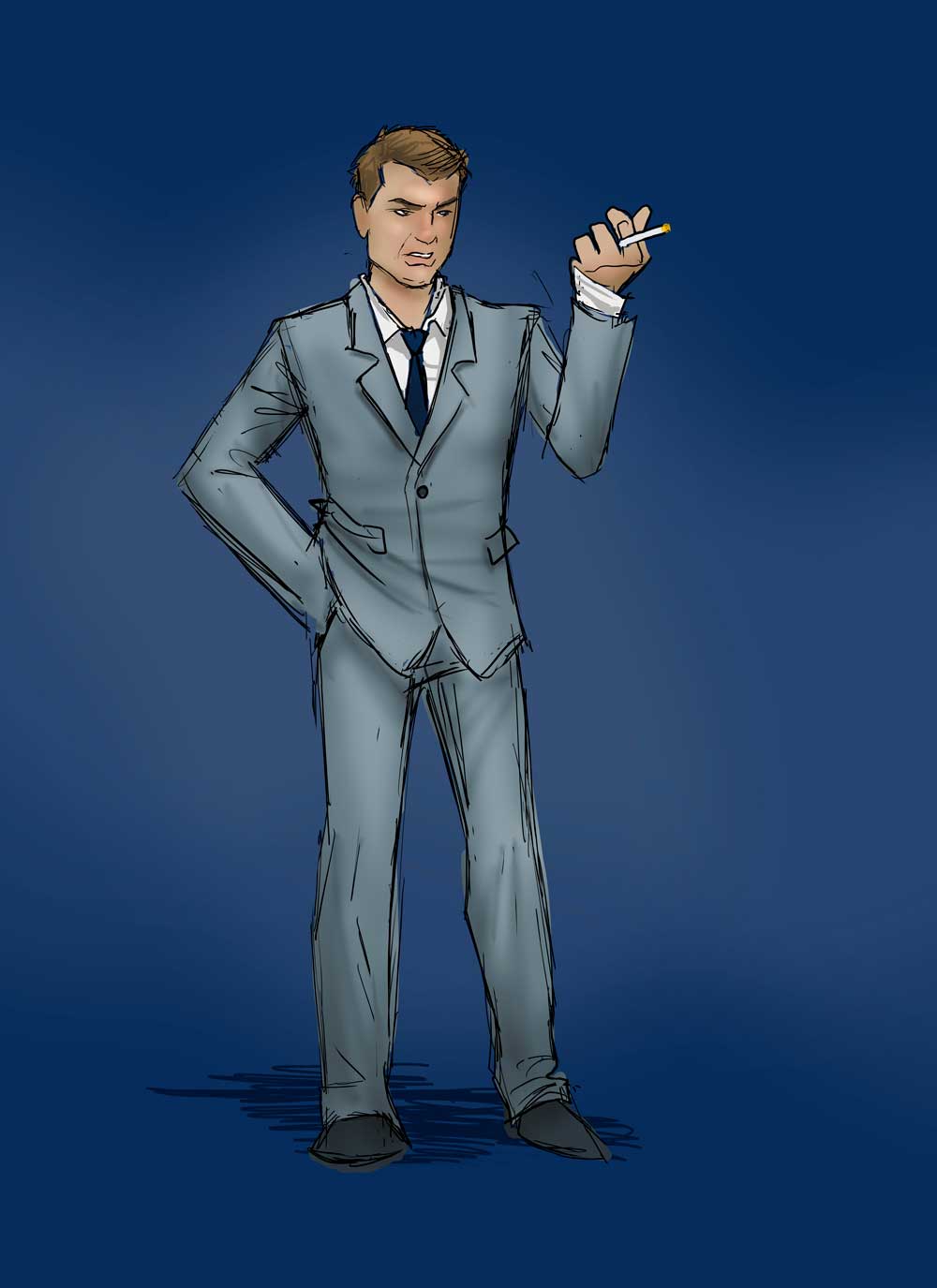 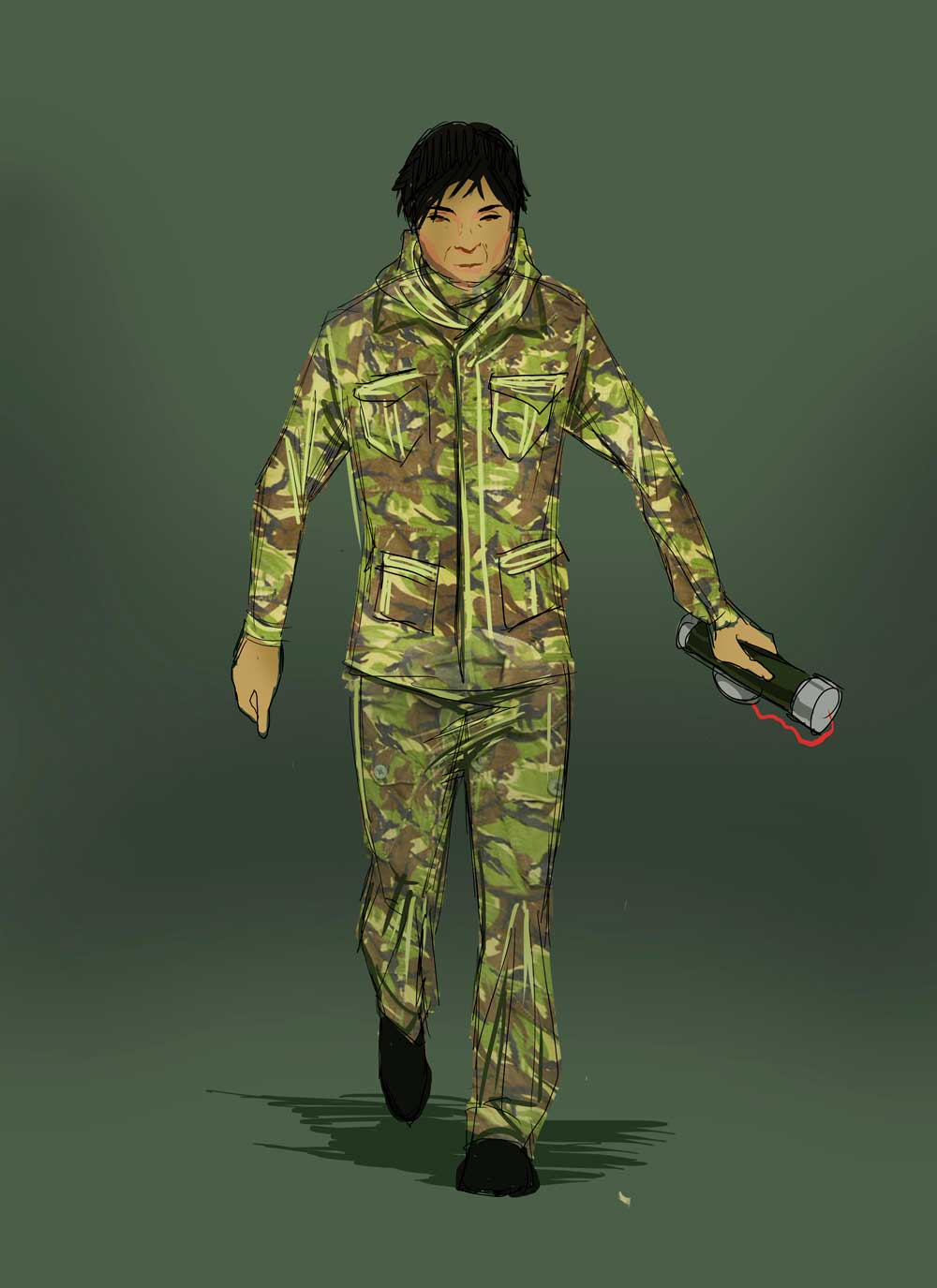 And how did you approach tailoring Pierce Brosnan?

So I just wanted to find things that were a bit more dated. That his suits might be up to ten years old. I got suits from rental houses and eBay that were older, they really range. They were anything from an old Zegna suit to an old Austin Reed suit.

I tried not to tailor too much I just wanted it to fit. Just more boxy and schlumpy […] he is such a tall elegant and handsome actor, you could put a sack on him and he’d still look quite wonderful.

I just made sure the suits fit, but I didn’t want to tailor it to a tee. And I wanted to make sure it was older, faded. Pierce really loved the suits we only did one fitting on him. Everything he did he really applauded. He loved the shoes, we pre-aged some shoes for him. He was very keen on having everything […] aged so it felt lived in. And he wasn’t too sharp and snazzy. 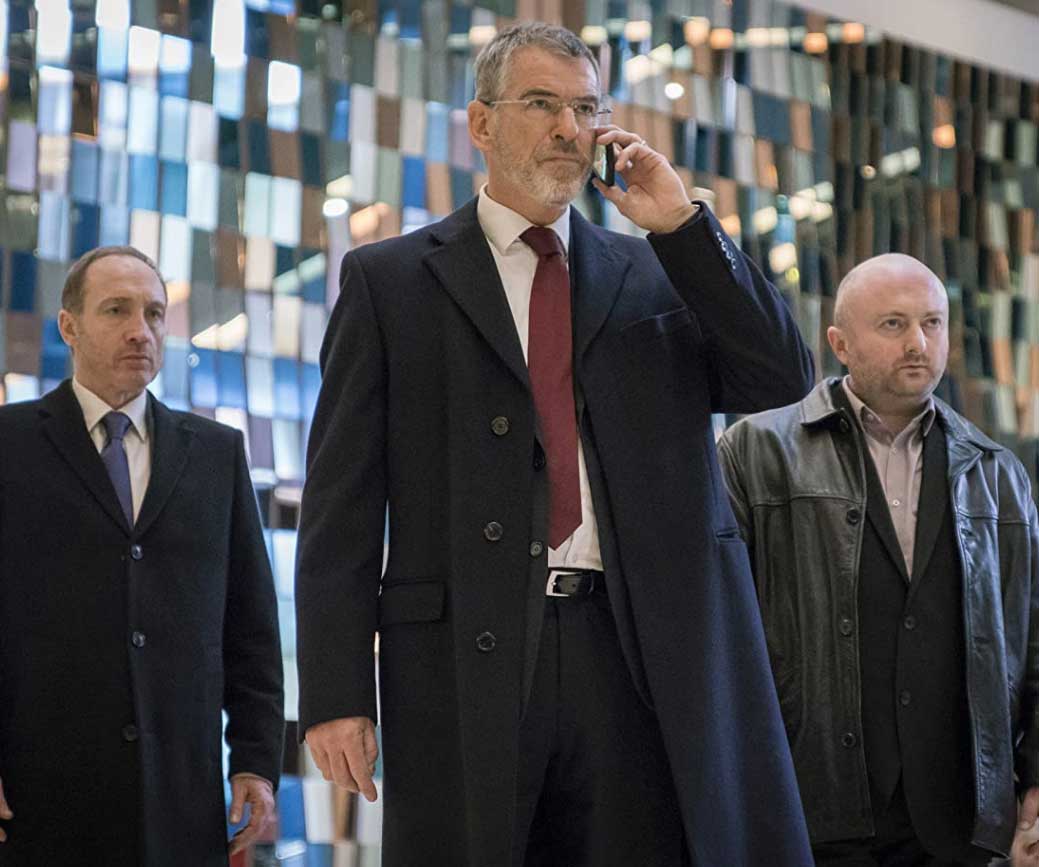 Did you have to make many duplicates?

He didn’t have so many stunts, it was more Jackie Chan and Pierce’s henchman. Maybe there was some doubles on his farm stuff. And because we rotated his suits we didn’t have duplicates.

He did suggest the glasses, he wanted to wear these particular pair of sight glasses. [Pierce] he came with those and we got duplicates. He was very vocal about what he liked and what he didn’t like but he is very trusting of the process and let us do our job which was nice.

He did have to have duplicates on all his clothing. Marks and Spencer’s BHS, Primark, Matalan. I’m kind of a method costume designer so a lot his clothes came from there. Except the stuff he goes to the farm with. That came from a hunting shop just north of London .

That stuff had to be duplicated. His fitting was very entertaining actually because he comes with this huge  entourage. It all happened very quickly; too big, too small, quick quick quick! And he acts out the stunts with you. […] I remember one jacket I gave him with a hood on and it could pop off with poppers and he got very excited and he came up with an idea where would use the hood to hoodwink somebody. So it was really fun to see him get into clothes. 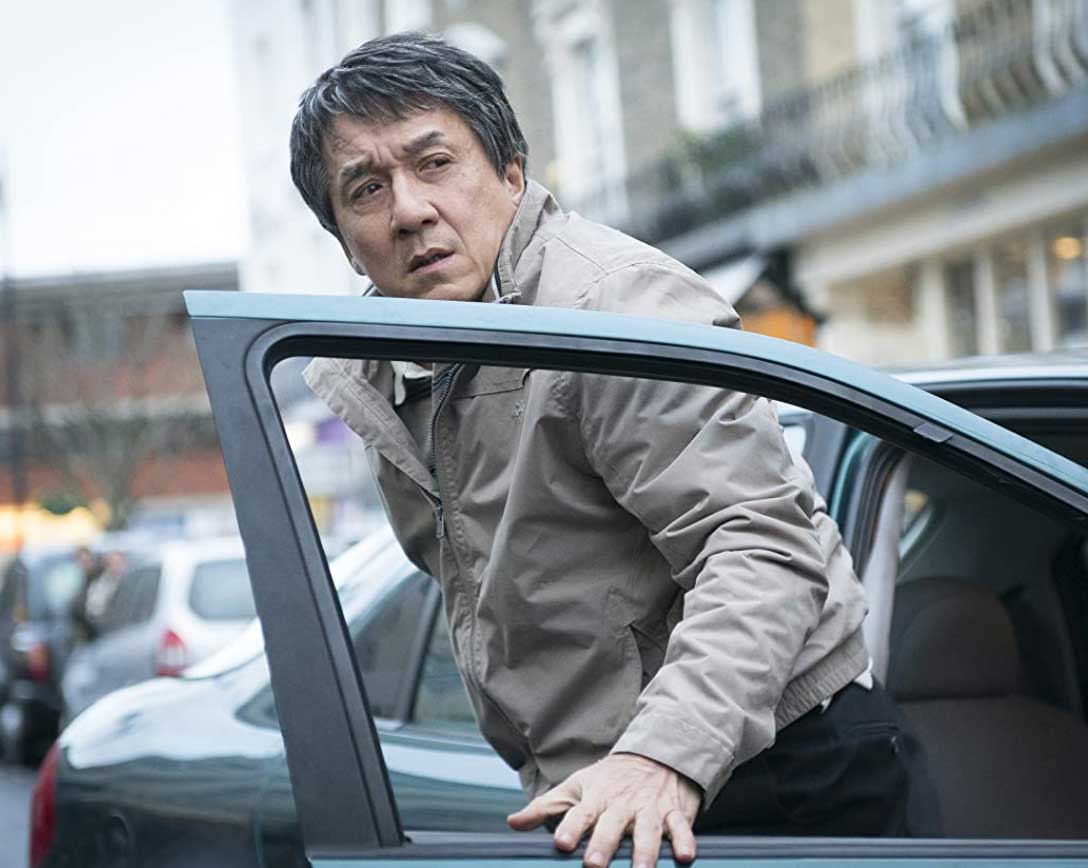 We DID get some shirts from Turnbull and Asser. We got everything off the rack though and tweaked it with our own tailor. Nothing bespoke .

The full interview with Alex Bovaird is available to listen in the player below or on iTunes, Stitcher or Spotify. Don’t forget to leave a review on your smart phone there to get a ‘thank you 007’ on the podcast. Follow Alex on Instagram here.

Thanks to Ben Hodges for highlighting the watch that Pierce Brosnan wears in The Foreigner. He’s wearing the Oris Thelonious Monk. Pierce also talks about how he kept the suits from his tenure as James Bond here. 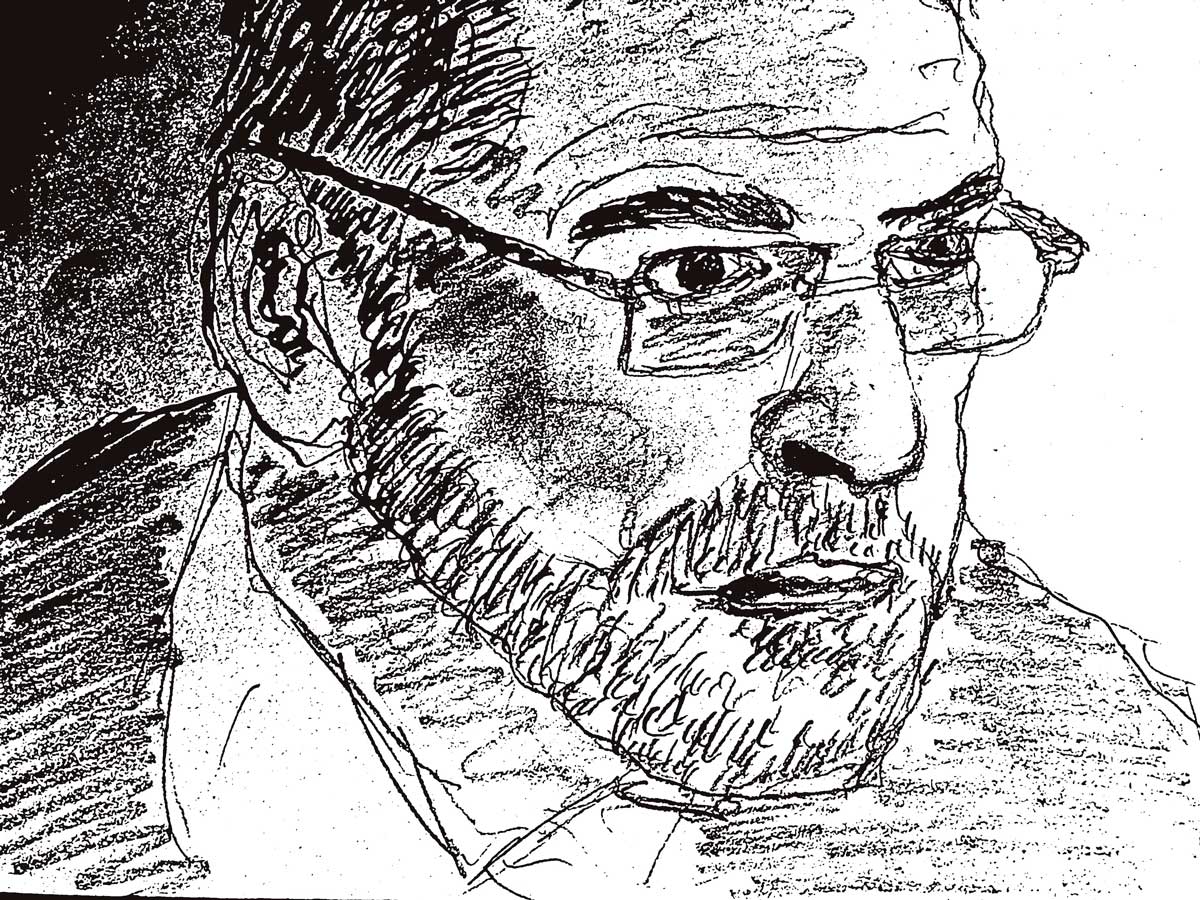 Uh oh he’s got the crayons out again. My drawing of Pierce Brosnan as Liam Hennessy in The Foreigner. I asked Anastasia if she approved she said yes, although she thought it was a drawing of Karl Marx. You can buy the art and support the show through RedBubble.

The Foreigner based on the book by Stephen Leather, is now available to buy on Blu Ray. Next on my reading list will be Never Grow Up, the Jackie Chan Autobiography.