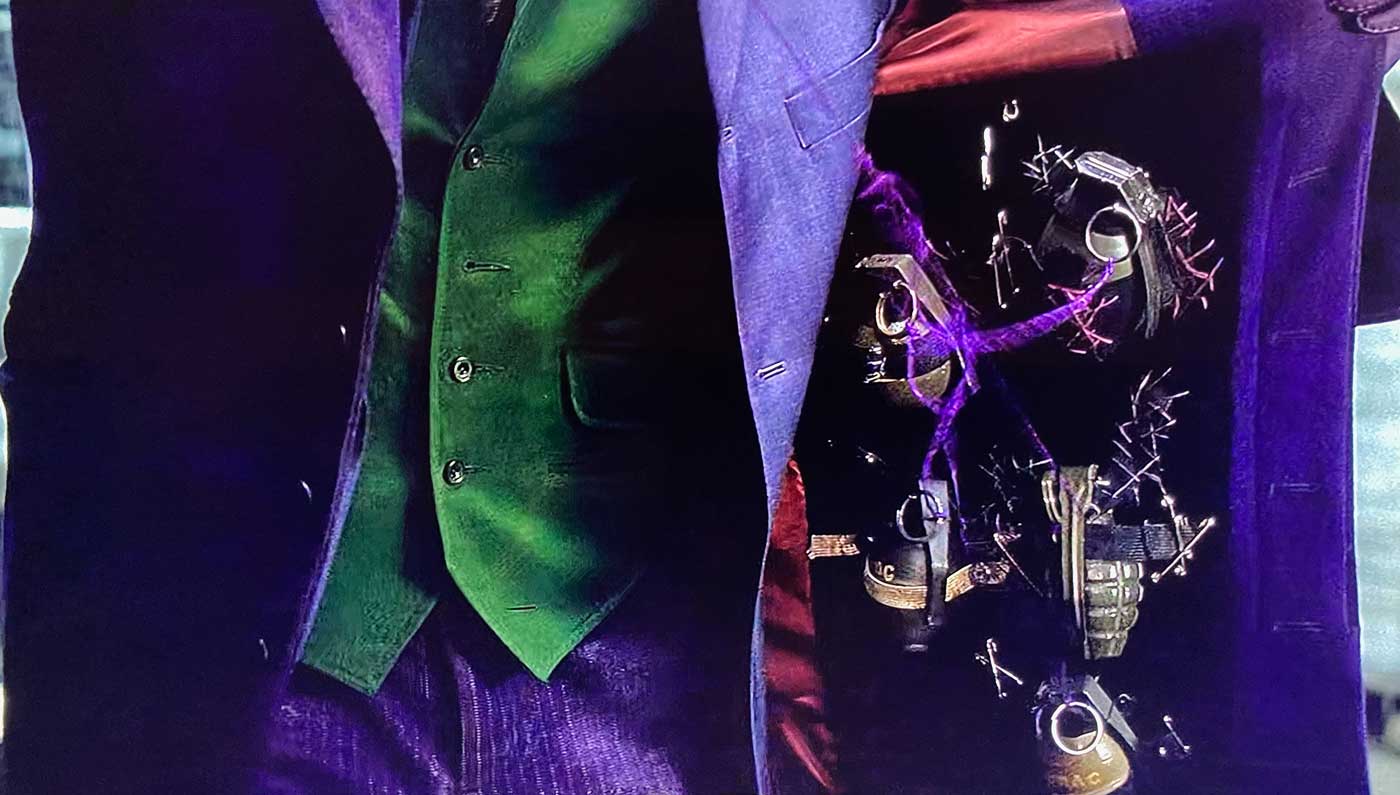 In this episode of From Tailors With Love myself and Kyle Barbeau discuss the style breakdown of Bruce Wayne in Christopher Nolan’s The Dark Knight (2008). The full interview plus screen grabs can be found over at our YouTube channel. 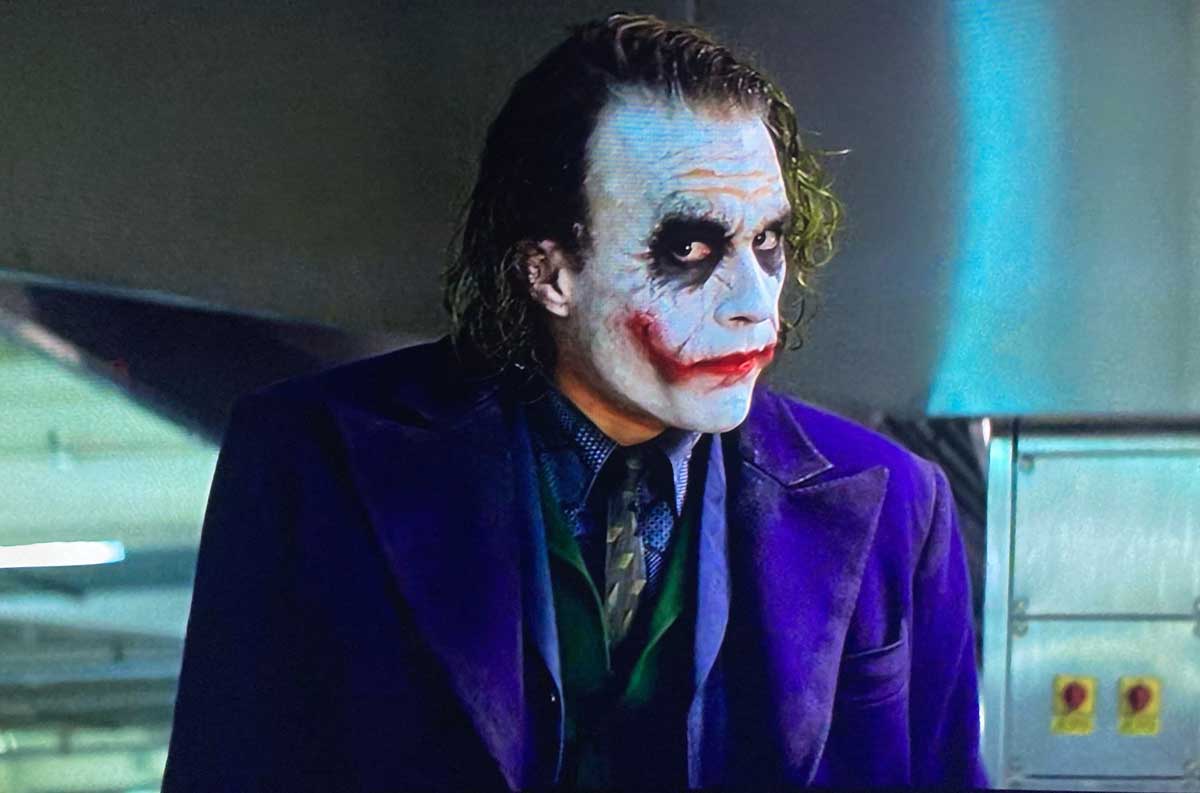 About the Joker Tie

I reached out to friend of the show Daniel Stroupe who works at Turnbull & Asser in NYC and asked him what he can tell us about the T&A tie that Lindy Hemming picked for The Joker:

Costume designer Lindy Hemming has come to T&A for ties and shirts for many years and films. Our “Tie Man” Stuart Hamilton worked with her to create a stepped jacquard that she wanted to be “dipped” to make the colours more muted and grungy- appropriate for the psychotic character.

We made the tie in her presence while her coffee cooled and that was that. While not the most popular of our “Legends” selections, a fantastic piece to compliment an Oscar winning performance and actor. 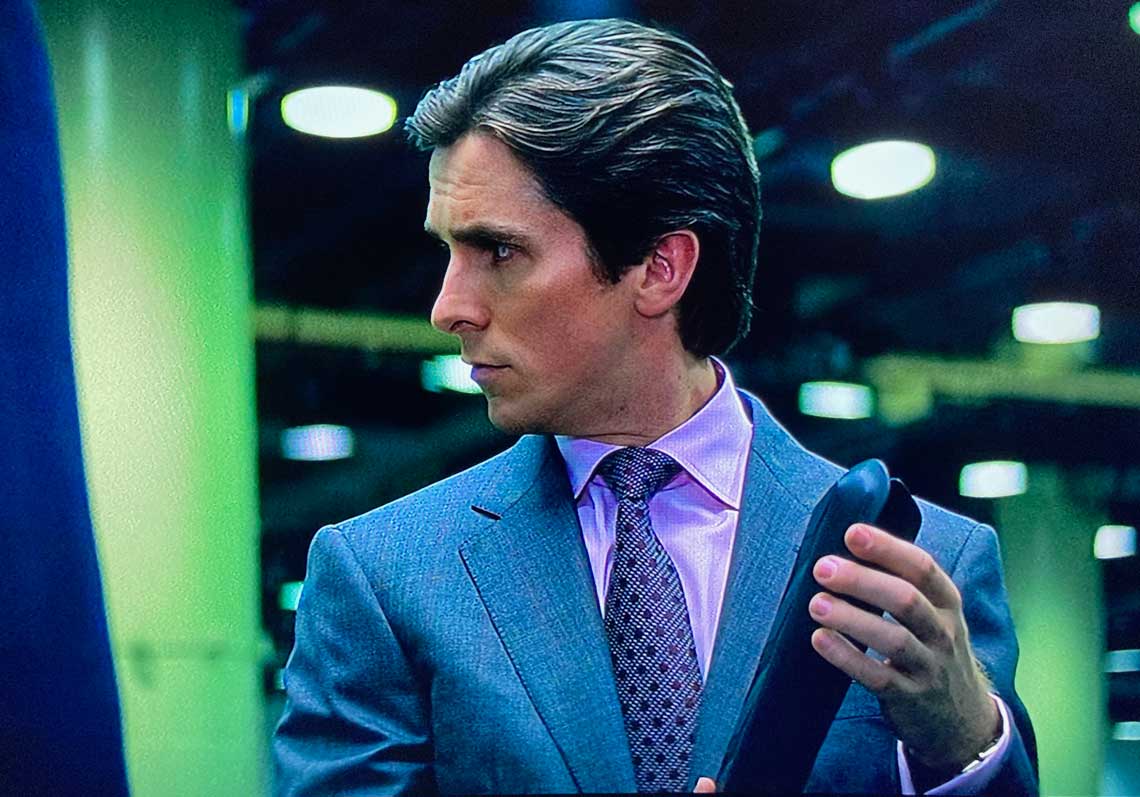 There is a terrific YouTube video on Creating the New Batsuit for The Dark Knight posted by Flashback Film Making.  In The Dark Knight, Bruce Wayne played by Christian Bale mentions to Lucius Fox played by Morgan Freeman that he needs a new suit.

Wayne shows Fox some new designs which will enable him to move his head. Something of a running gag throughout the Batman franchise is the rigidity of the Batsuit. Fox returns with some design samples made from Kevlar. 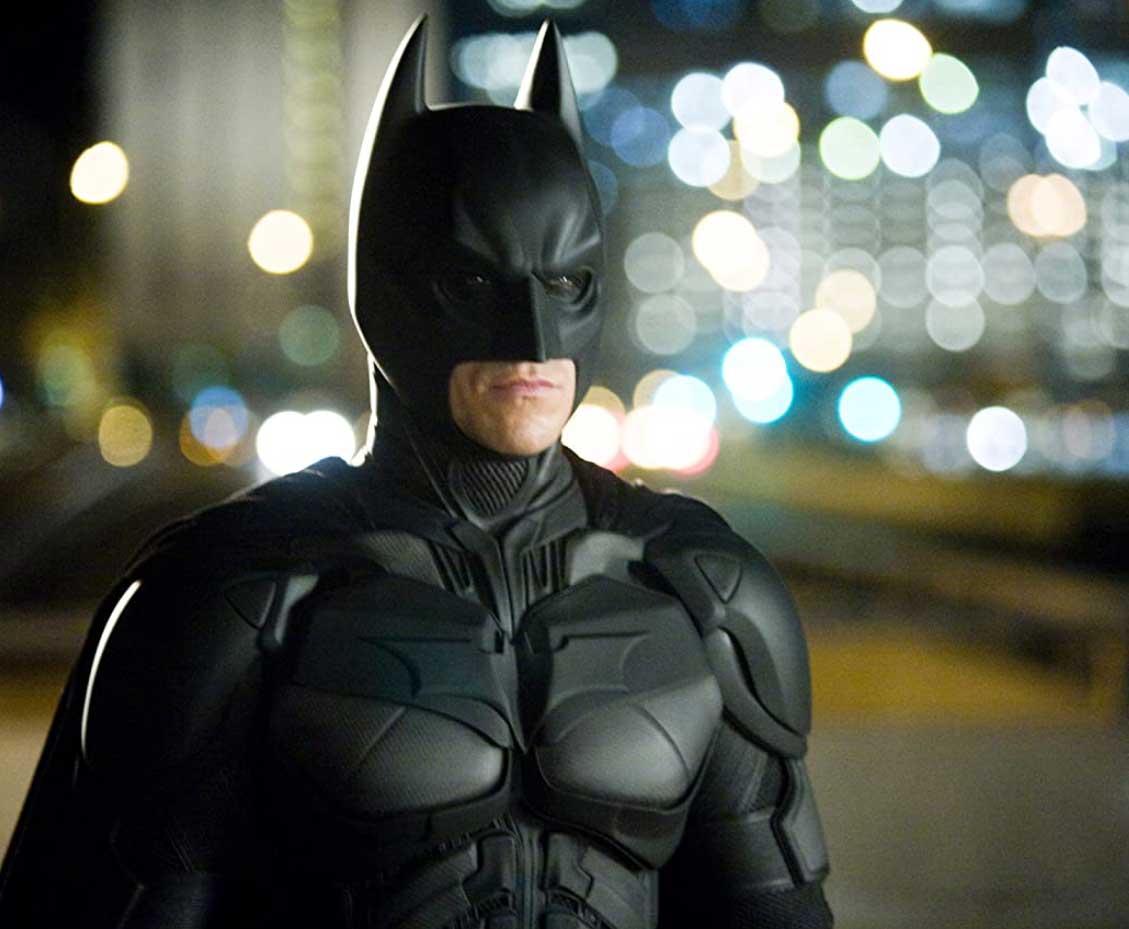 What’s the Batsuit made of?

I have loosely transcribed for you some of the key bits about Kevlar from that video. These are not direct quotes just beats, I would urge you to watch the video for accuracy and credits.

Kevlar has reinforced joints that makes it five times stronger than steel. It was developed by DuPont in 1965. Kevlar is a fibre that interweaves with each other so when it gets hit they stretch and the individual threads fight against each other.

It can resist high speed bullets. With Kevlar it’s less the range, but the size of bullet and speed. Most handguns and shot gun; Batman will be safe. 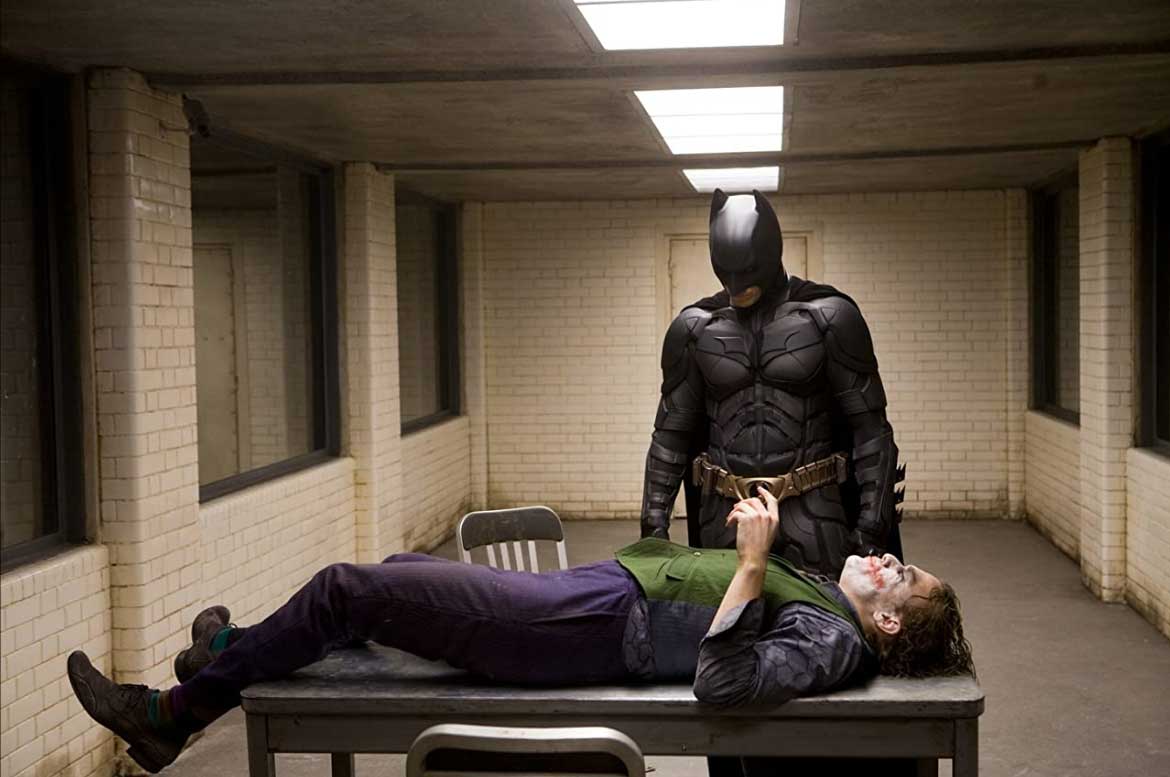 The Batsuit is made of separate plates of armour composed of 110 components that enable more movement than previous suits. It’s made of ceramic plated armour made by Ceradyne Inc, in California. The ceramic plates themselves are composed from Boron Carbide which when heated to extreme temperatures and formed into ceramic plating, is nearly as hard as diamonds. 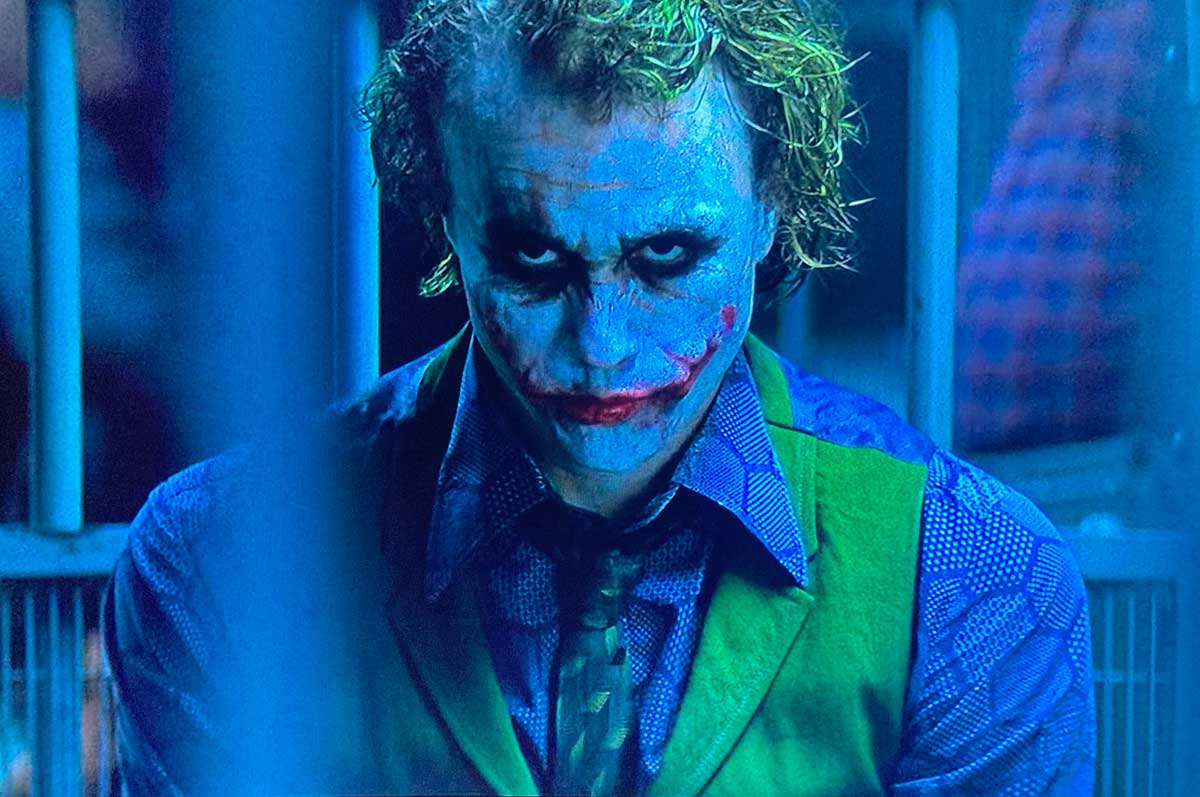 About the Clown Joker Make Up

Another great YouTube clip uploaded by Paul Edwards from his interview with Lindy Hemming reveals some amazing insights about the intellectual property rights of clown faces. Lindy says: 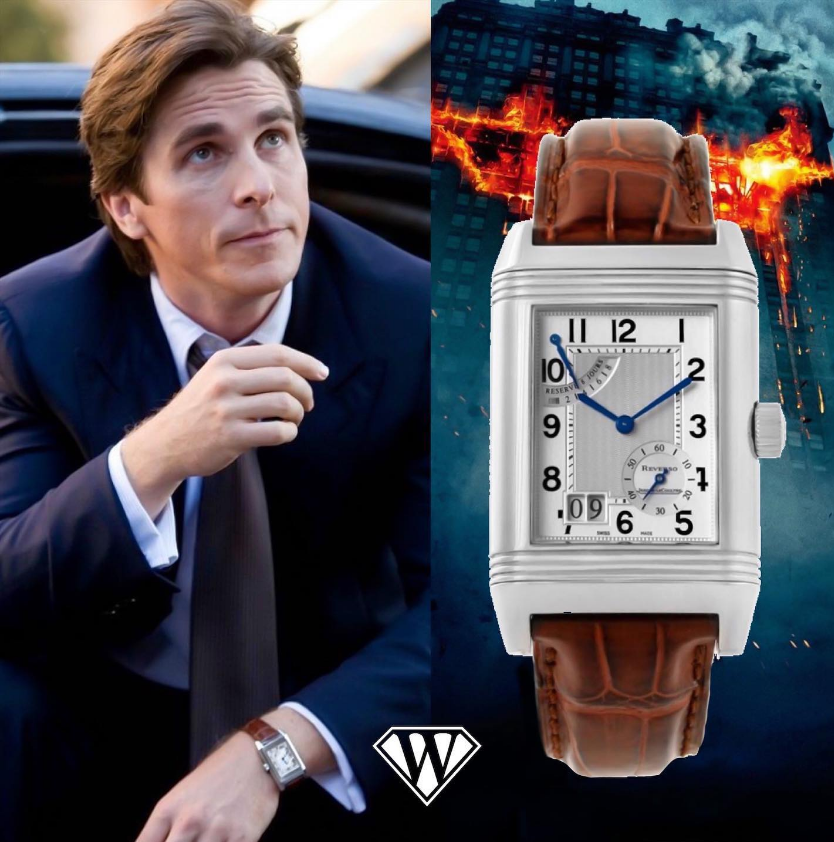 It’s a Jaeger LeCoultre Reverso, which is a dress watch that dates back to the 1930’s, developed for polo players who needed a watch rugged enough to survive the sport.  (Why they couldn’t have just left their watches at home, who needs to know the time while playing polo?)

I think it’s a good choice for Bruce Wayne because of its reversible square case — a hard exterior beneath the handsome face seen by the rest of the world!  Two other famous “hidden identity” characters, Don Draper and Thomas Crown, wear them as well. JLC even released a limited edition to coincide with the Dark Knight Rises. Bale isn’t the first Bruce Wayne to wear a Reverso, either.  Val Kilmer wore one in Batman Forever. – Kyle Barbeau. 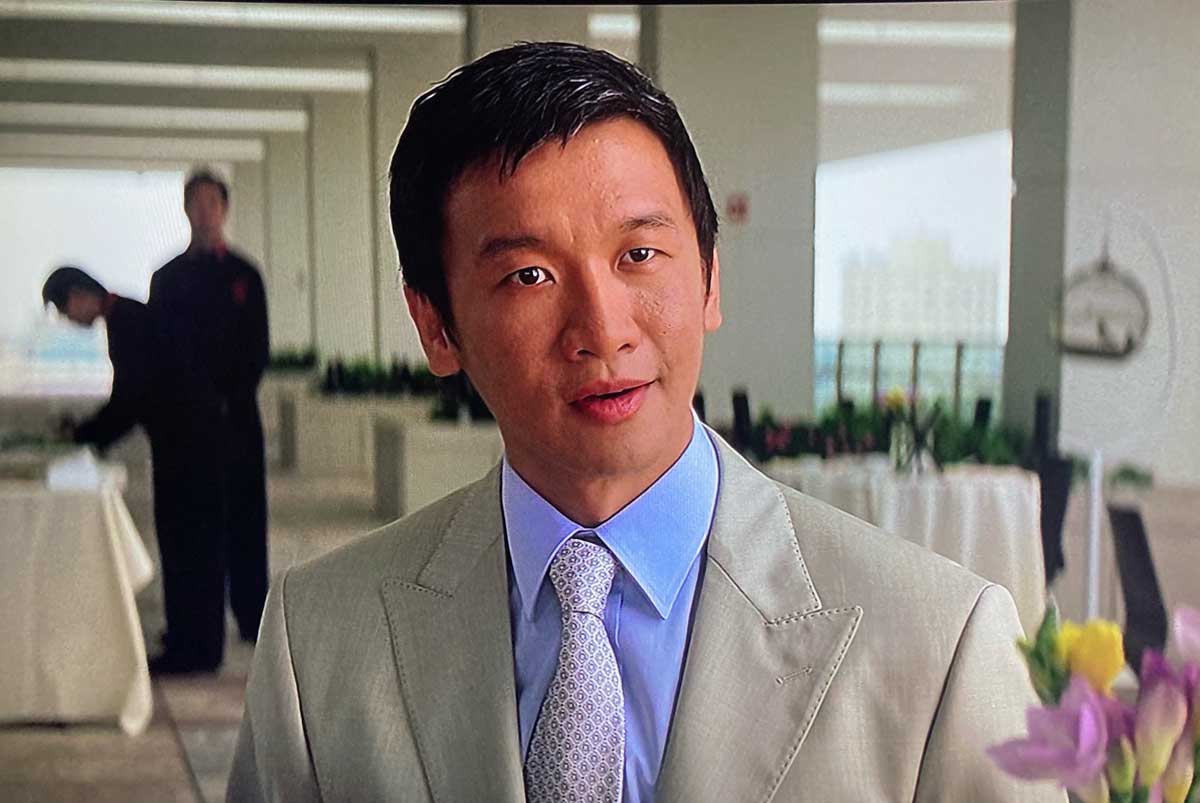 Chin Han plays Lau, a corrupt millionaire banker who was in league with several of Gotham’s criminals. His suits exude wealth, and his dress sense and suitings reflect that. Lau likes to dress in lighter coloured suits such as cream and lilac and pink striped suits.

These suit his complexion and accompanies it rather than looking to contrast or promote it with typical darker coloured blue suits, common with most bankers. Lau dresses in a way to let the audience know he is already at the top of the hill. He is not a banker looking to climb any ladder. 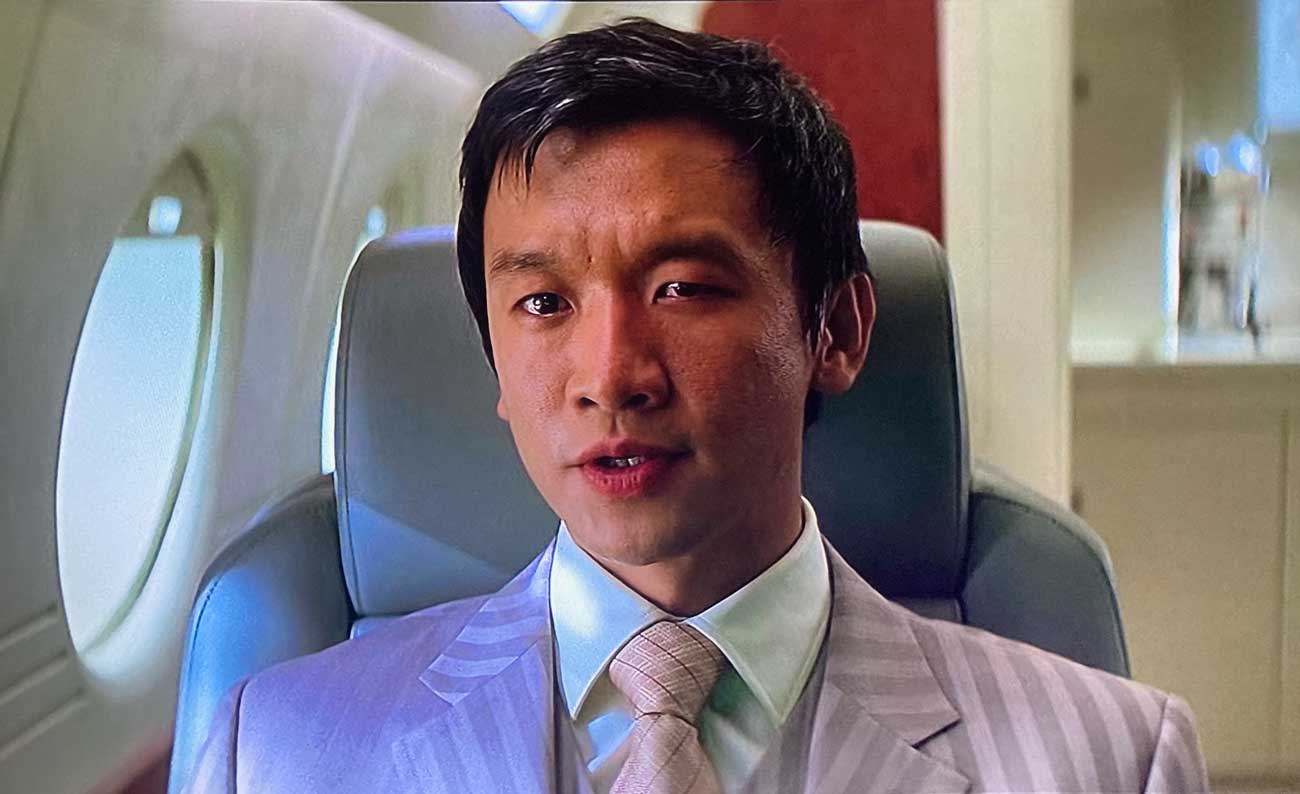 The full interview with Kyle Barbeau is available to listen in the player below or on  iTunes, Stitcher or Spotify. Don’t forget to leave a review on your smart phone.

You can buy The Dark Knight trilogy on Blu Ray through Amazon. But why not indulge in the Christopher Nolan Box Set which also includes my personal favourites, The Prestige, Memento and Inception.