This week I caught Pierce Brosnan’s nuanced performance in the Netflix film Eurovision Song Contest: The Story of Fire Saga. His wardrobe was curated by costume designer Anna B. Sheppard and featured mainly argyle knits. There is one cracked Stone Island jacket and a flashy boutonnière. This revolted Matt Spaiser so much he had his Pierce Brosnan tattoo lasered off his butt cheek. Here’s what Twitter had to say about Pierce’s performance.

Remember don’t phone in, this is just for fun. And the lady with Pierce is not Ulrika Jonsson. 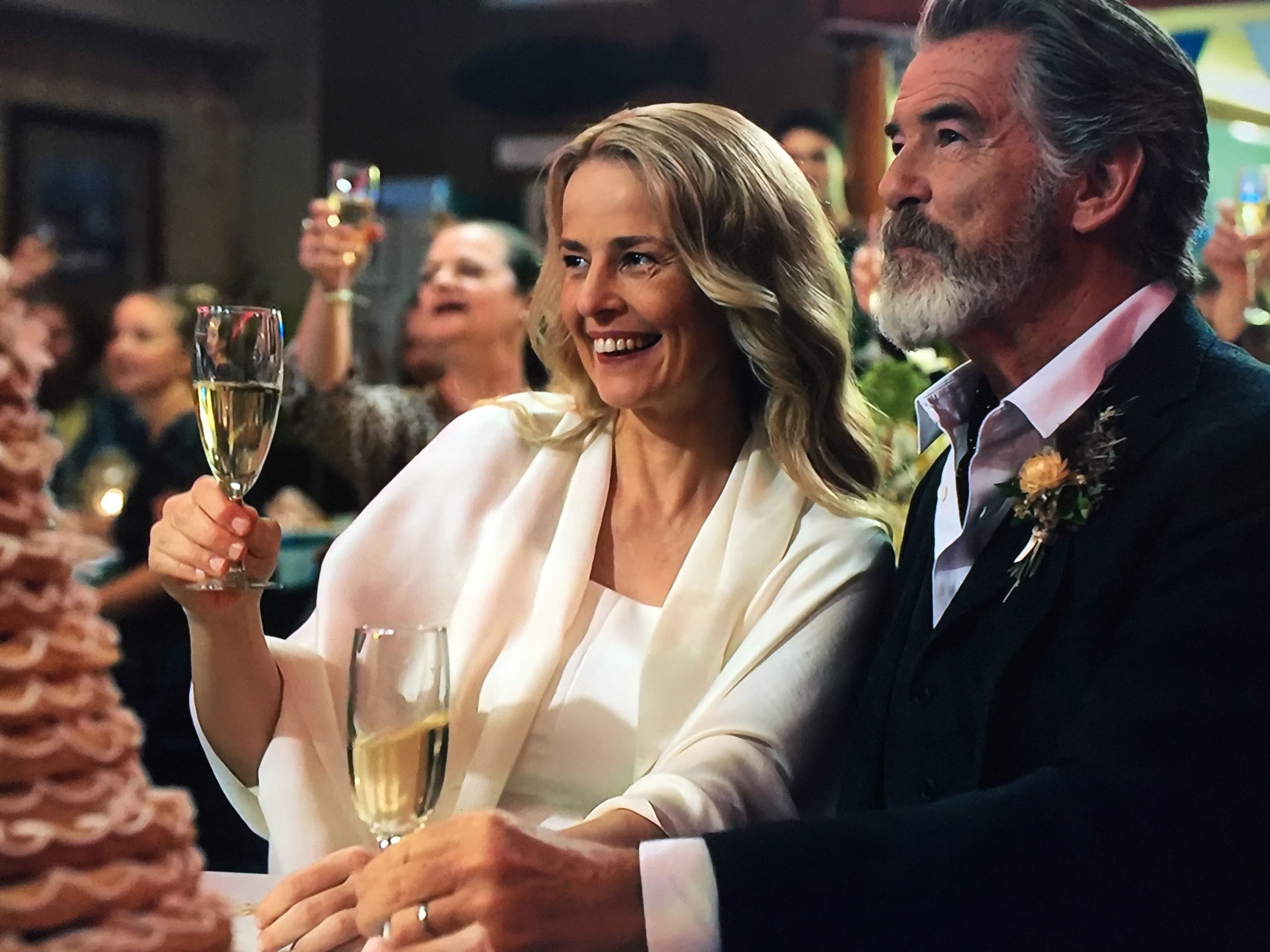 I was on set on Fire Saga and had to serve Pierce a pint of lager during one of the pub scenes.  ‘Shaken not Stirred?’ I asked smugly? ‘Don’t be a daft c*nt’ he replied. Needless to say his improv skills could do with a bit of practice. @ShakenButNotSpilled 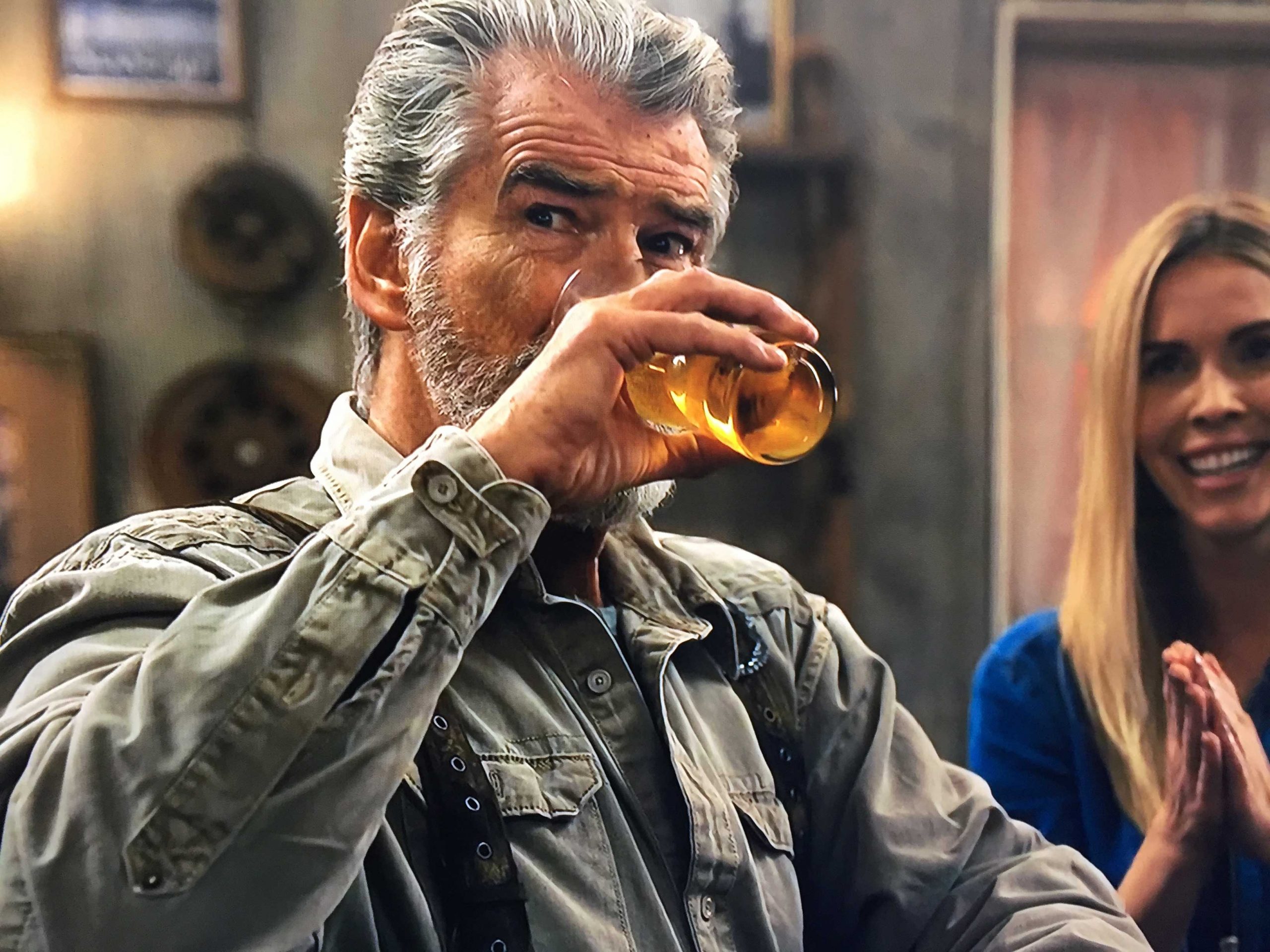 Hi @ShakenButNotSpilled I too worked as an extra on Fire Saga. As an extra you’re always told not to approach ‘the talent’ and ask for autographs or selfies. With that in mind I duly informed him that Mamma Mia was utter toilet and that he should be ashamed. I can’t repeat the kind of language that was volleyed back to me, but let’s just say there’s no pleasing some people. @JonTheExtra 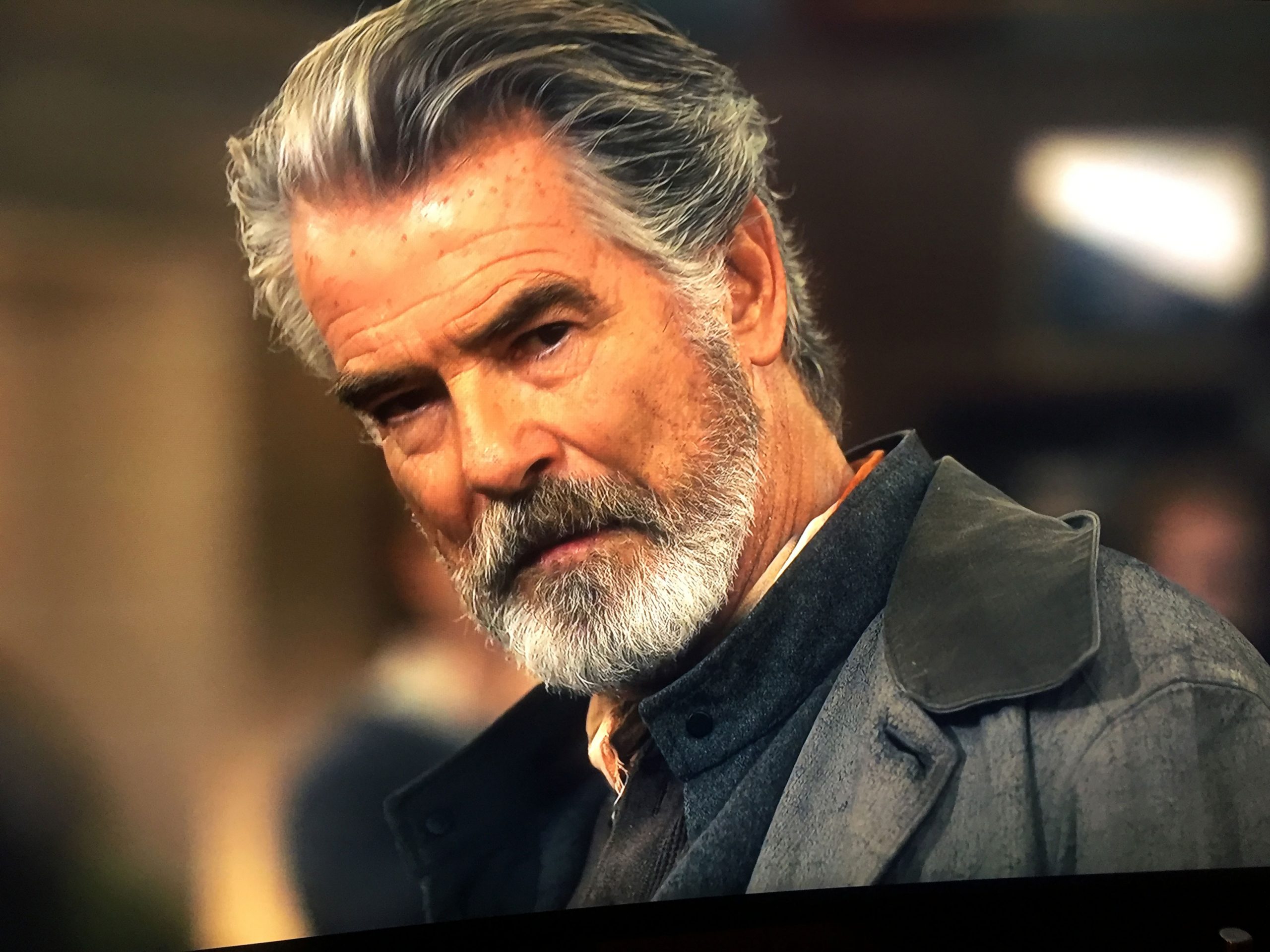 I used to think that Brian Harvey was a right d*ck head wearing his hat backwards in EAST 17 for all those years. But after seeing Pierce wear it the same way in Eurovision, it just goes to show how ahead of the times Brian Harvey was! @NotGaryBarlow 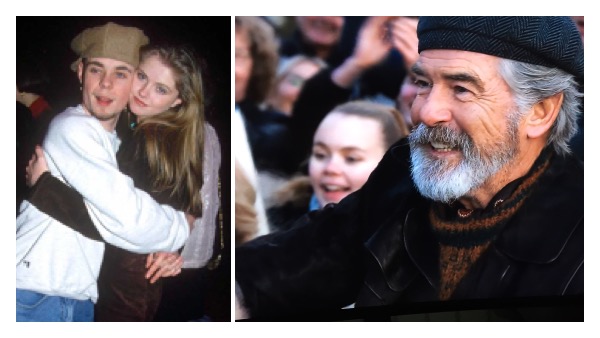 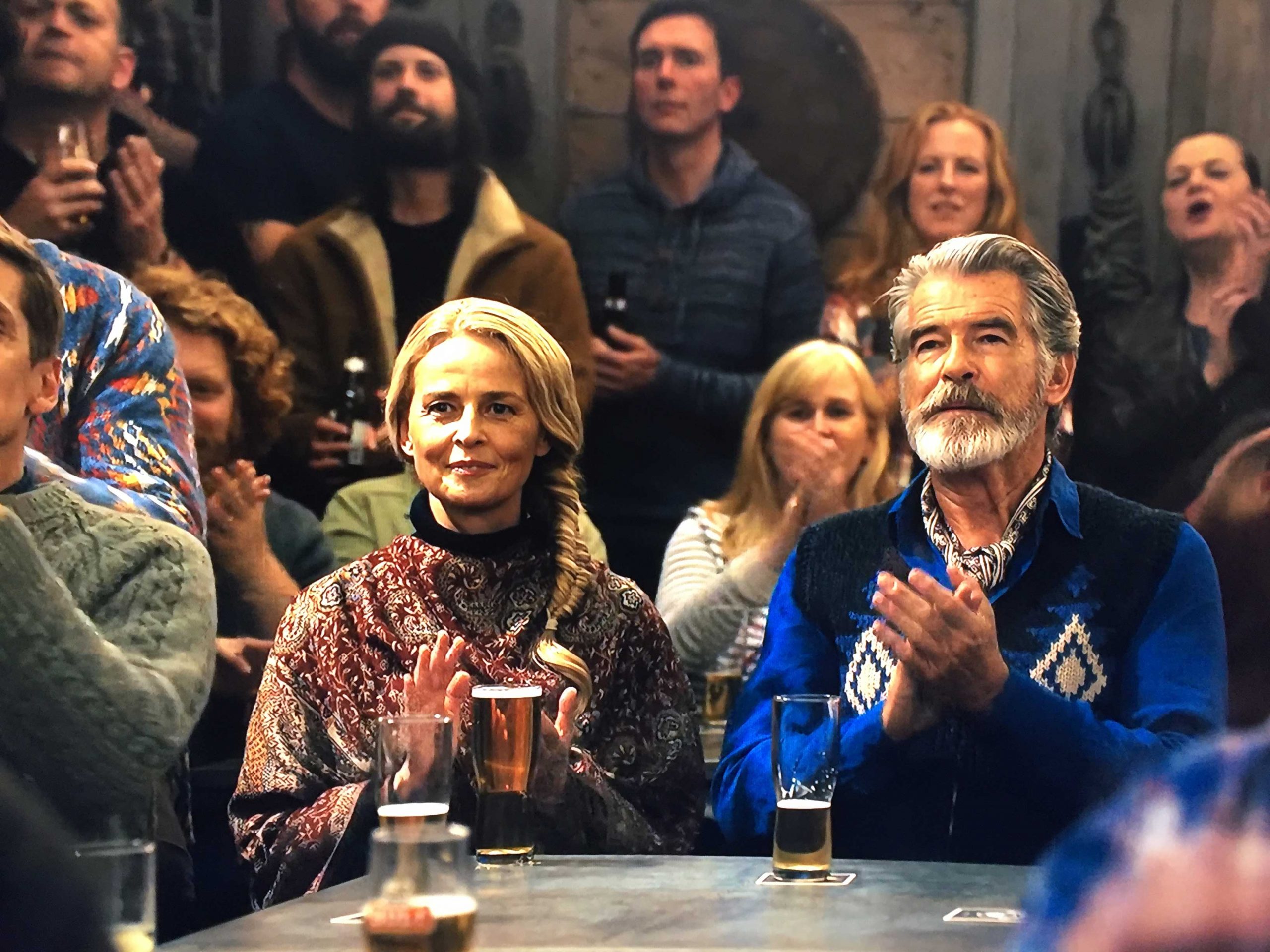 Hi @ThorburnFan we received your correspondence and have informed Ulrika. Unfortunately, with everything being relative, she cannot congratulate you without knowing who else is on the list and who did she replace? If you’re able to give us all the relevant data we’ll get back to you ASAP. @TeamUlrika

Hi @TeamUlrika sure, she is currently sitting third behind Susanna Reid and Rachel Riley. She replaced Naga Munchetty who I imagine, will be crestfallen to hear the news. @ThorburnFan 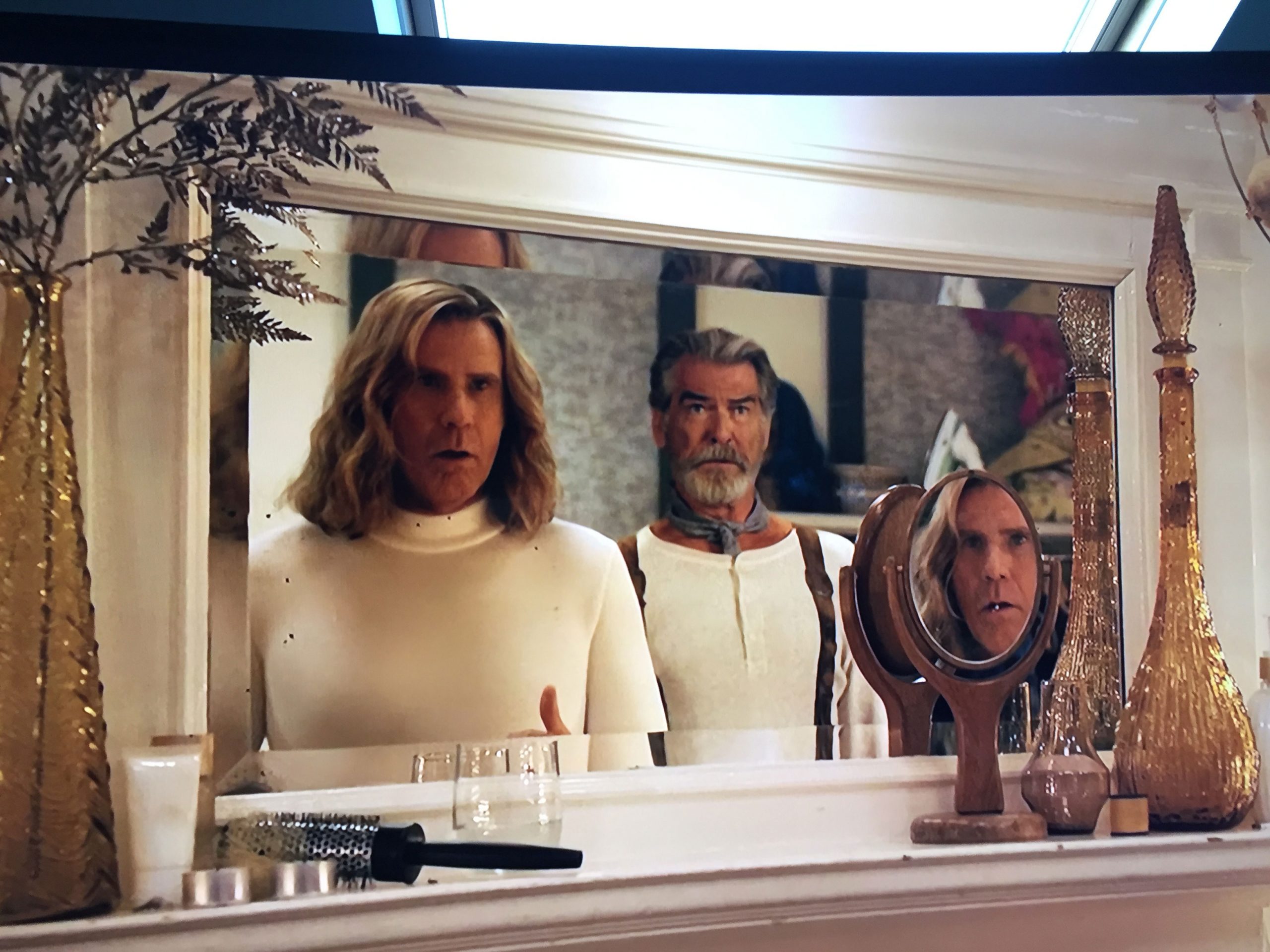 I heard Simon Mayo give a right sniffy review of Eurovision saying it’s 30 minutes too long. Might I remind him that his own Wittertainment show with Mark Kermode goes on for 2 plus hours, half of it is composed of sycophantic shout outs to his celebrity mates such as Toby Jones and Kenneth Branagh. Those in glass houses. @JustPierce

I think it’s shocking we have only won Eurovision 4 times since 1957. Why didn’t our supposedly classic bands like The Beatles, The Who, Rolling Stones and Showaddywaddy submit entries to the contest? I think the government should make it compulsory for bands that have appeared on the cover of NME or Smash Hits to enter Eurovision and represent Britain or face jail. @NowFukOff 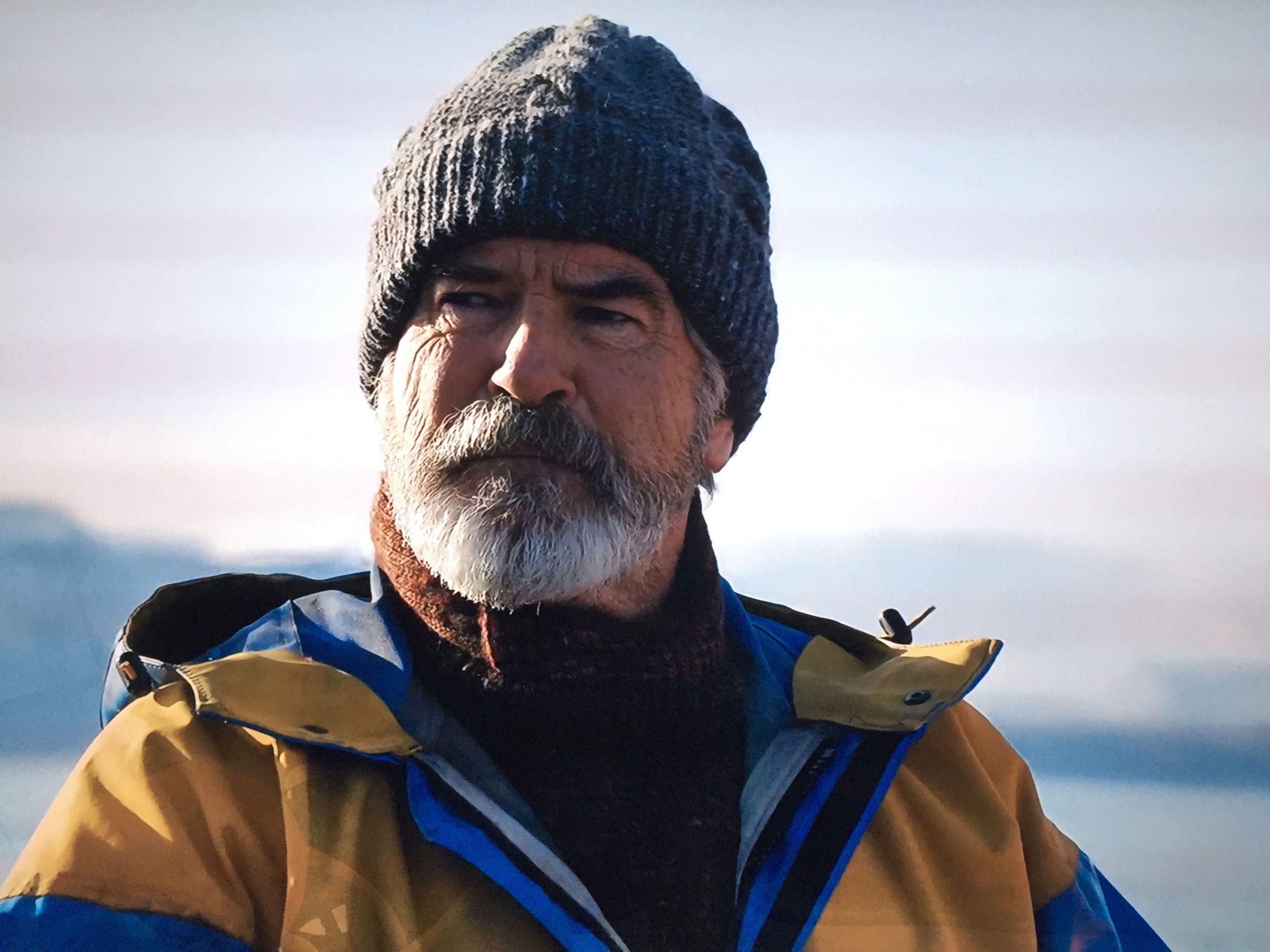 Where are the classic todgers?

Eurovision is very much a love letter to Iceland. I went to Reykjavik specifically to see the infamous Penis Museum. I was hoping to see some notable phallic specimens; Abraham Lincoln, Pete Postlewaite, and Bubba Smith who played Hightower in Police Academy.

Imagine my disappointment when realising the only penis worthy of note was Gerry Rafferty, he of Baker Street fame. With respect to Mr Rafferty, his todger didn’t justify the price of admission let alone a ten hour flight from Vancouver. @MayDaysCarWash 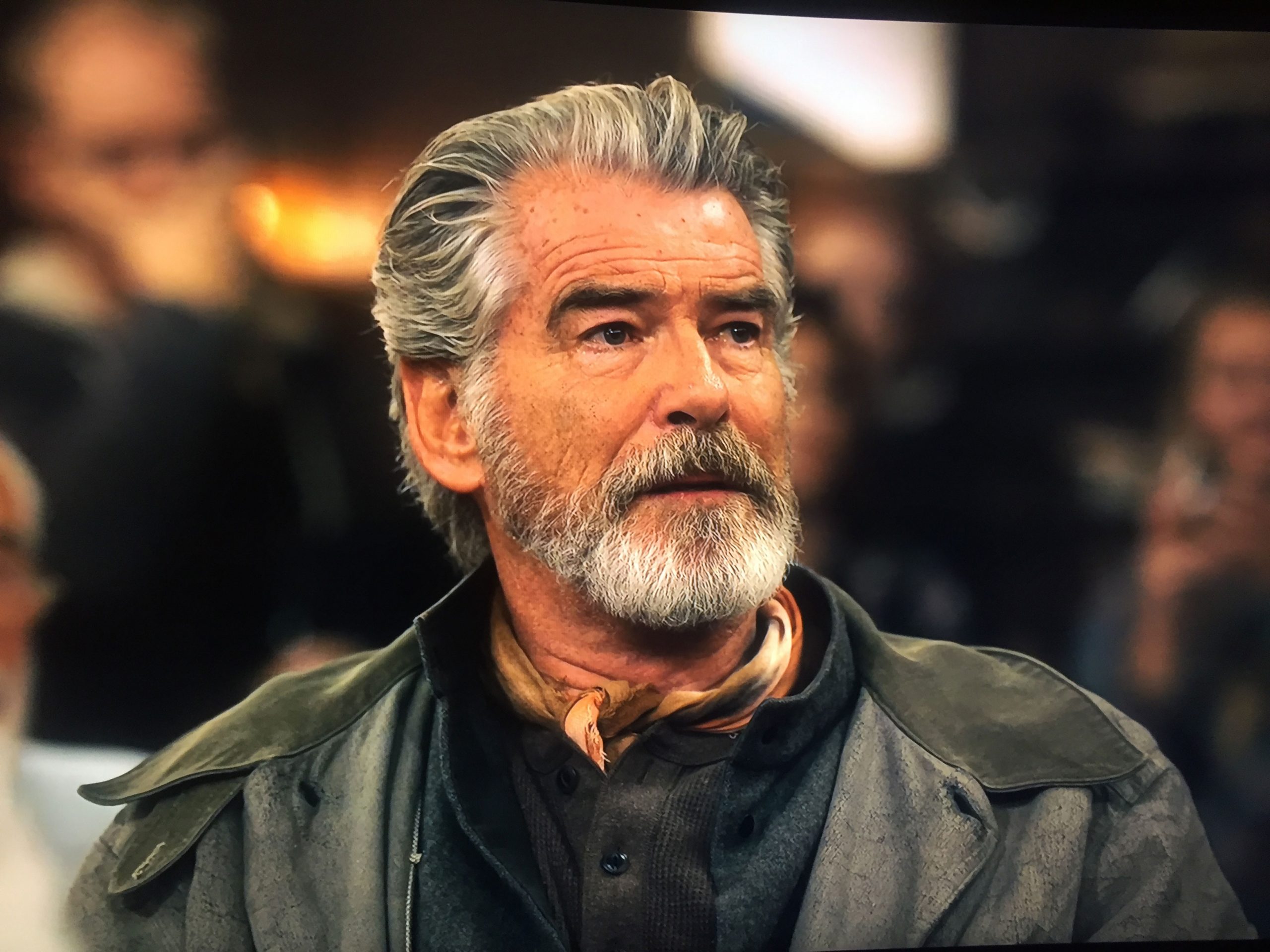 None of these tweets are real, they are merely made up to amuse so don’t write in and complain and please don’t sue.

These are all screen grabs taken from my big ass tele on my old iPhone. The images are compressed for sake of load speed which takes me ages so you better be grateful. 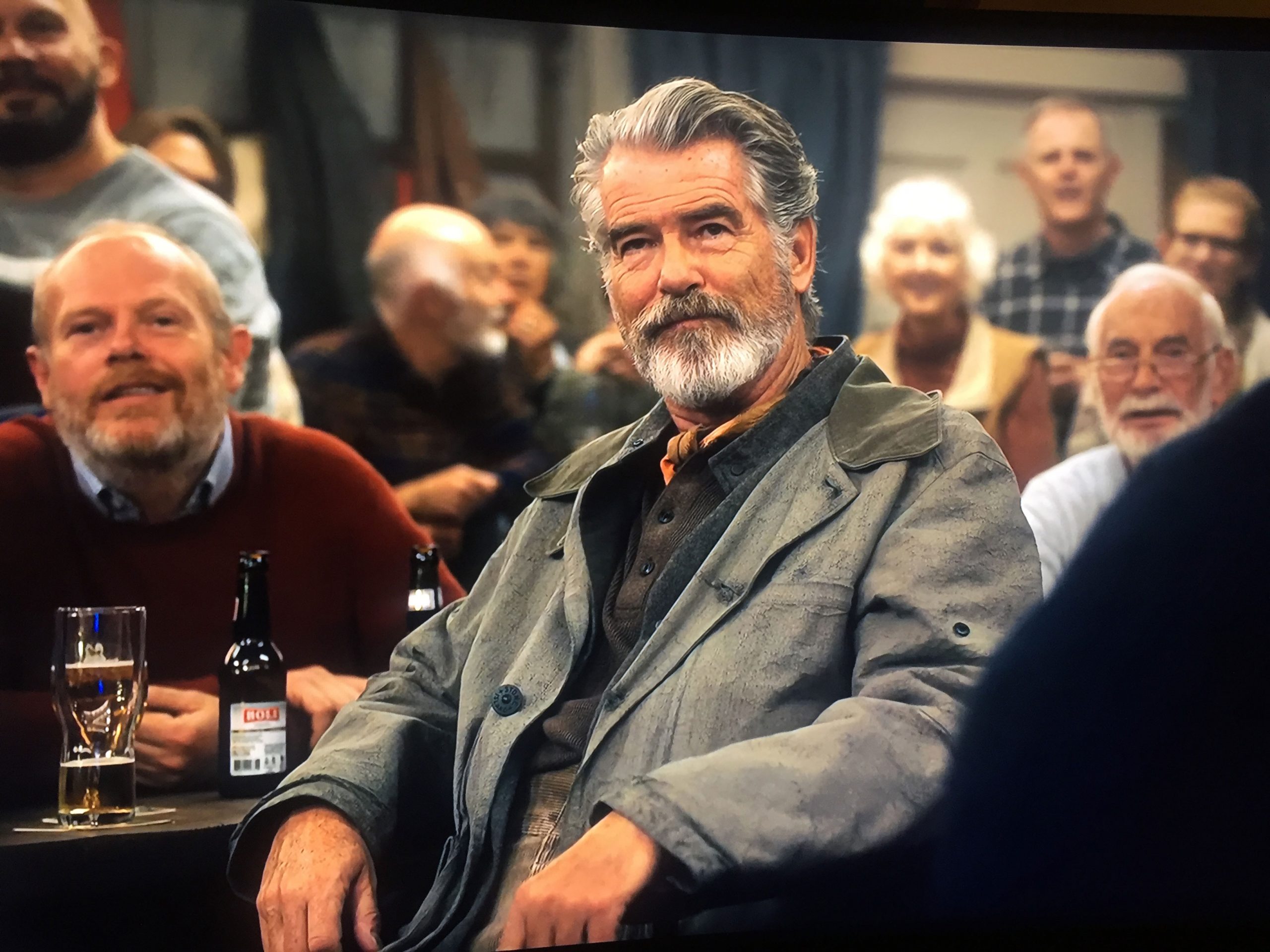 See it first, or don’t

This content gets posted in the Newsletter first, make sure you subscribe so you don’t miss out. Or don’t. It doesn’t really matter. 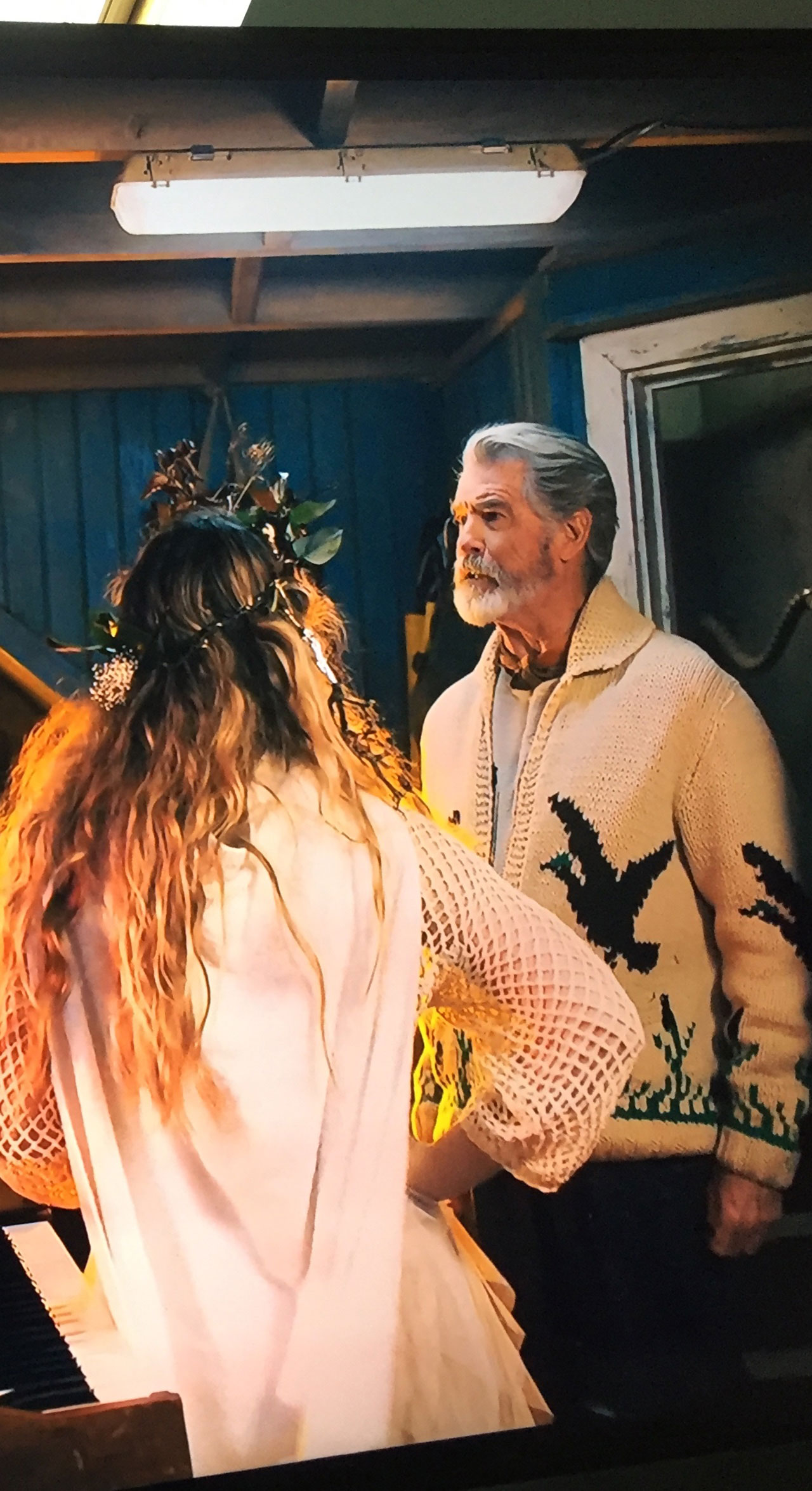 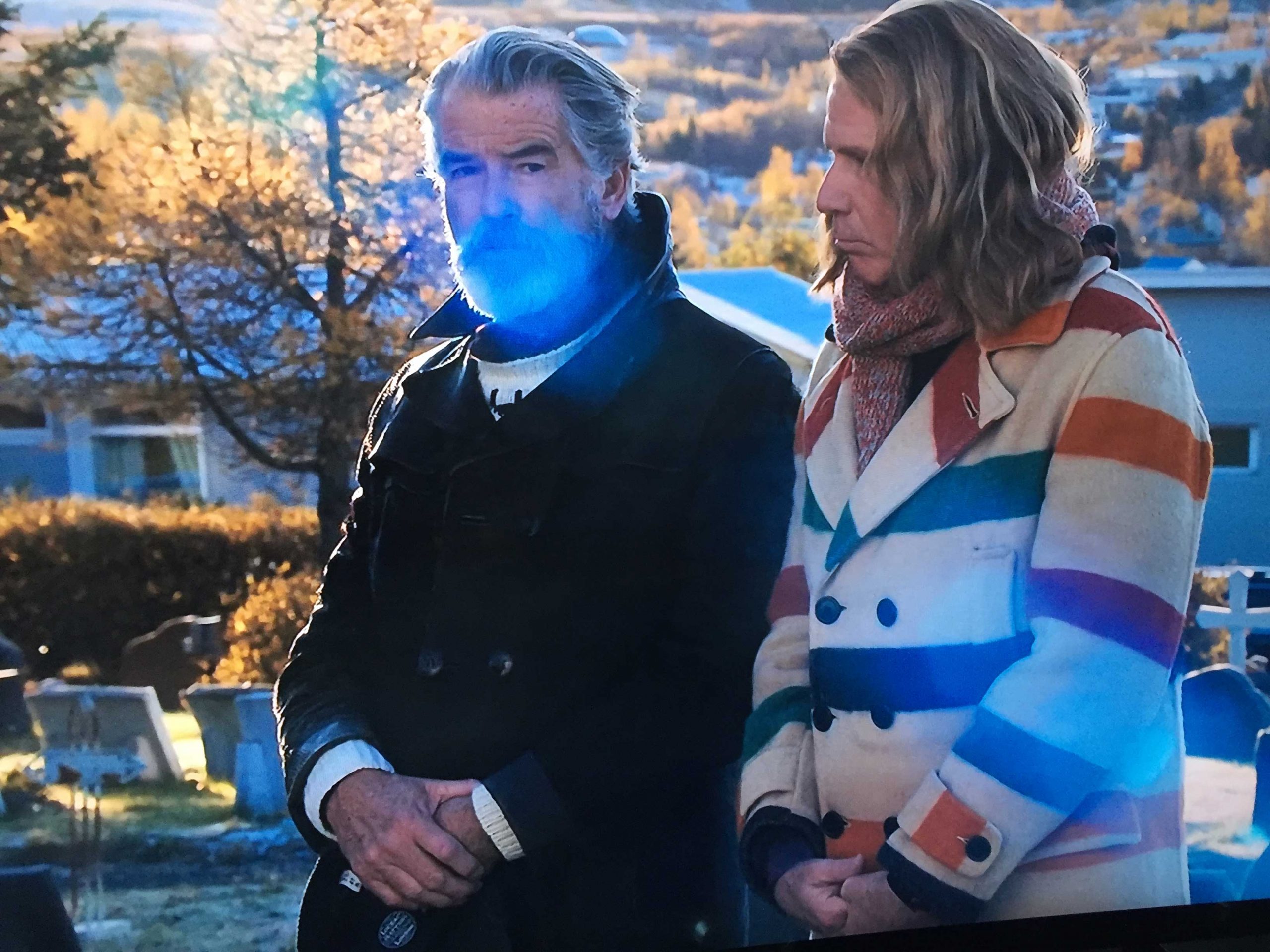 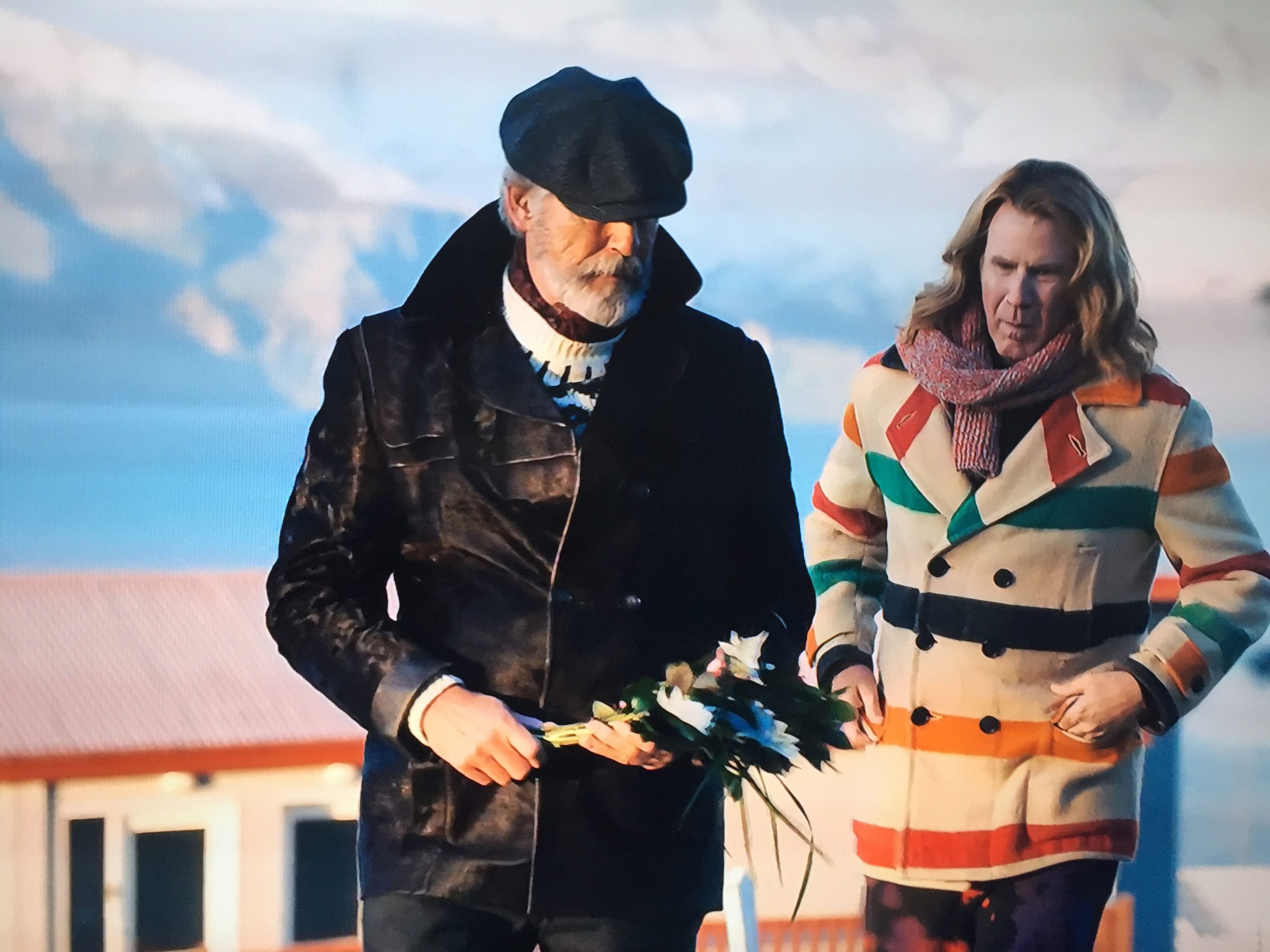 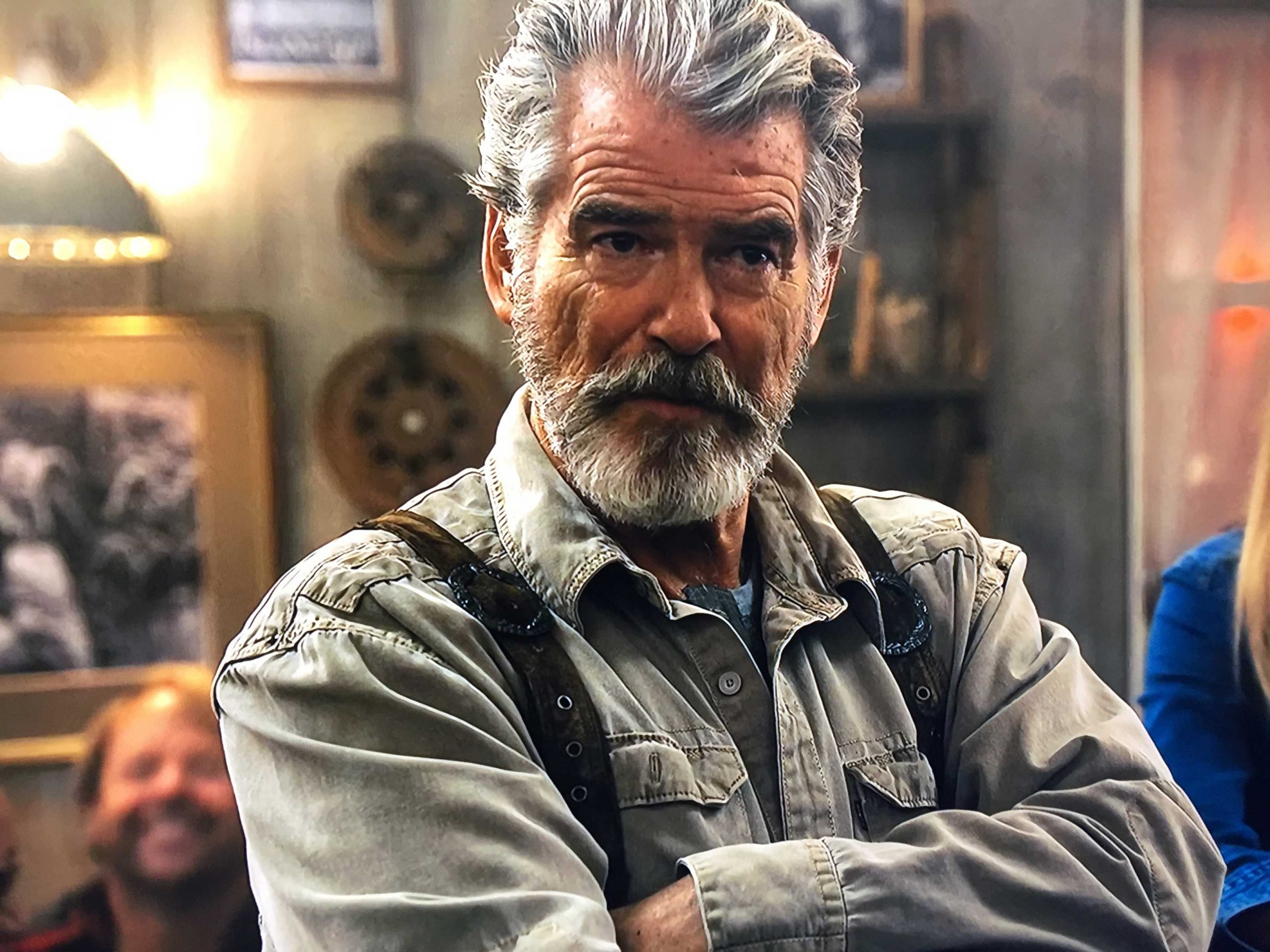 The Music to Eurovision: The Story of Fire Saga is available to buy on Amazon. Next on my reading list will be, Pierce Brosnan: The Biography.