Star Wars: A New Hope – The ‘Simple Costumes’ and the Military Connections | #118

“there are no bras in Star Wars” 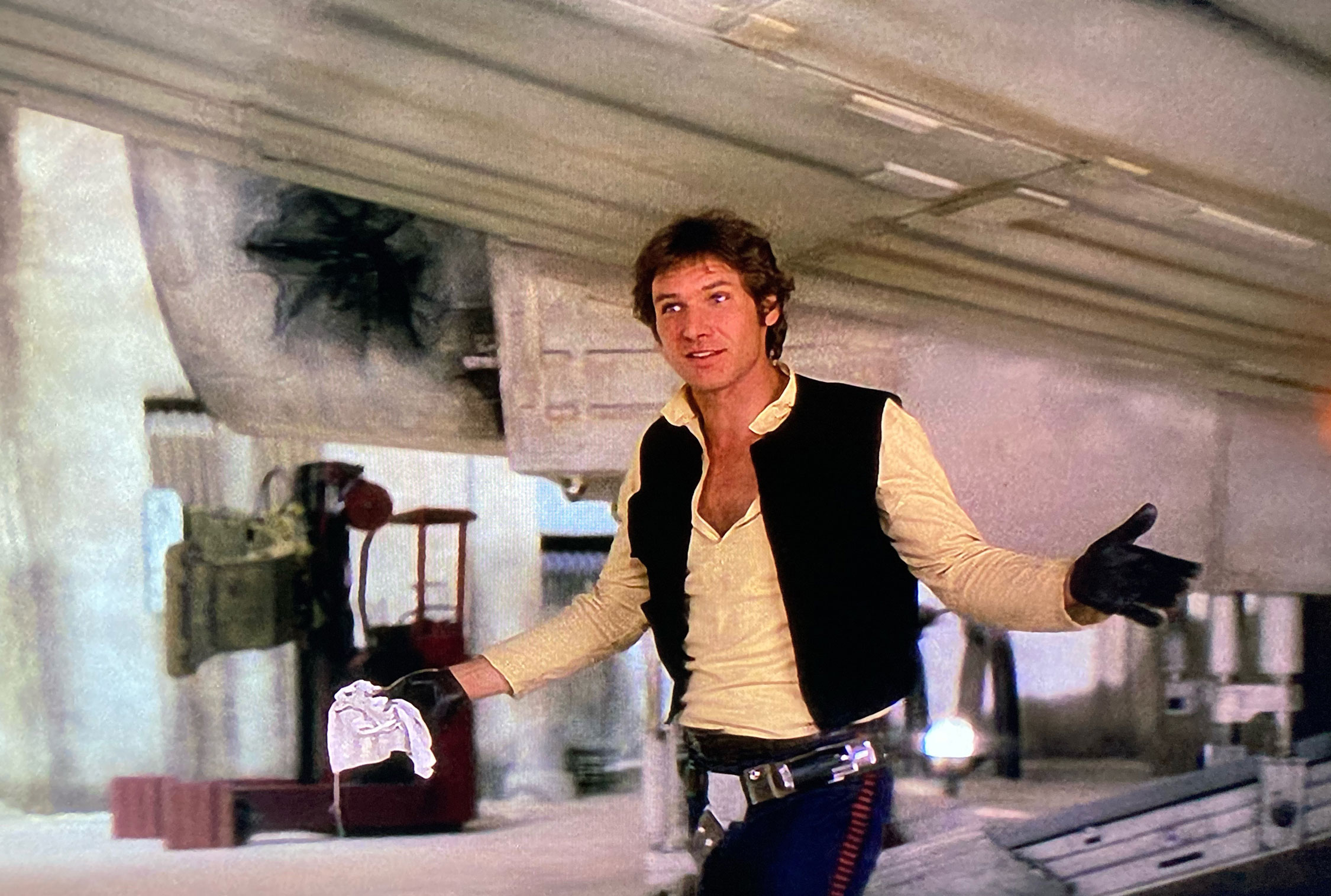 Why does Star Wars remain as a timeless style classic whilst other 1970s sci-fi outings like Blake’s 7, Flash Gordon, and old Doctor Who episodes remain very much ‘of their times’?

Sci-fi has a tendency to take whatever trend is current, and take it a few steps further. For plots and concepts, this can be a great exploration of ideas. For costumes, it tends to date a production, usually reducing it in the future to a niche interest. 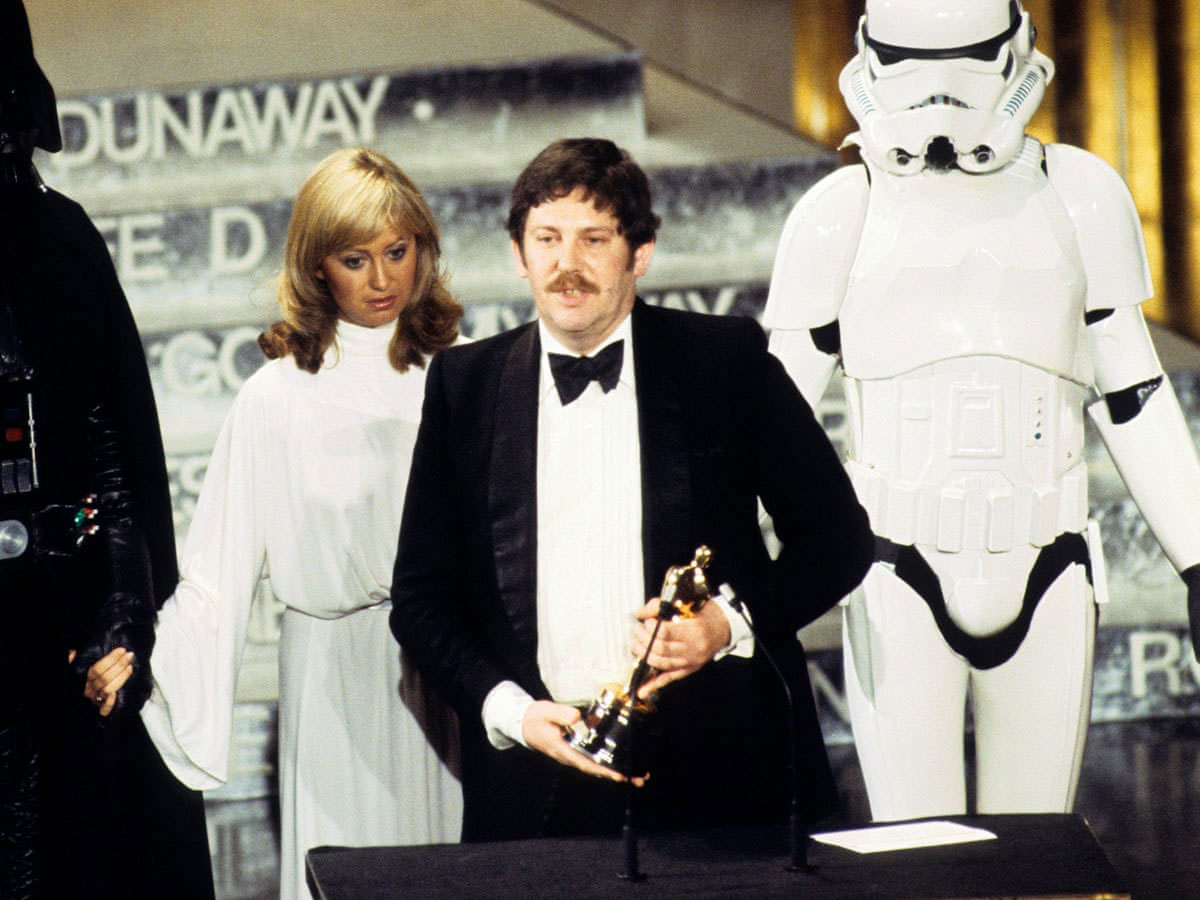 When Star Wars was made, simplicity was the watch word. Writer-director George Lucas told British costume designer John Mollo, “I don’t want anyone to notice the costumes”. Matt Spaiser has talked about the ‘complex simplicity’ that has helped the suits of James Bond date so well. Much the same idea can be applied to the costumes of George Lucas’ Star Wars.

In the original 1977 film, the costumes are very simple; a farm boy and a wizard in simple robes, the smuggler in navy pants, white shirt and a black waistcoat, and a princess in a simple white smock.

Just Zip it, Zip it Good

In podcast episode #103, Indy from Magnoli Clothiers mentioned that no costume from the George Lucas era of Star Wars had visible fasteners. This is because fastenings can date a costume to a very specific era. 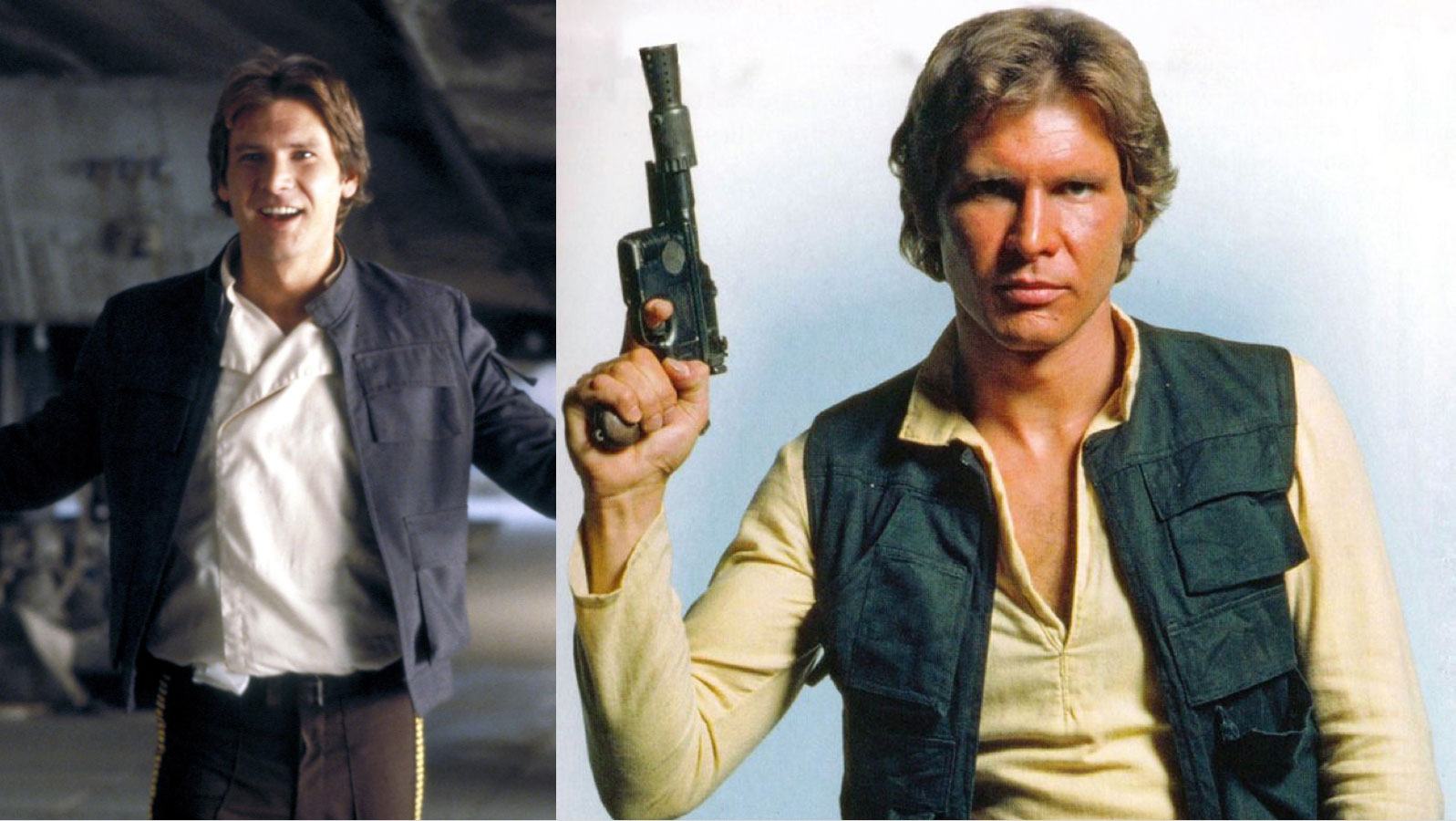 The origin of the zip is rather disputed with inventors from Sweden, Russia and the USA all claiming a stake in the late 19th century. It was not until the early 20th century that zips became a popular item, again with disputed accounts over who made them popular. Either way, a zip would make any Star Wars clothing distinctively 20th century.

If any buttons are visible, the material they are made from would give a myriad of cultural clues to the audience; note that the Amish community still today tend to shy away from buttons. Buttons have historically been used to show wealth and status.

Incidentally, for the female costumes, there is something else that can date a costume very quickly; a bra. The design of women’s supporting underwear has changed significantly over the last 500 years. As a result, there are no bras in Star Wars. Tape is used to keep what needs to be in place, in place. 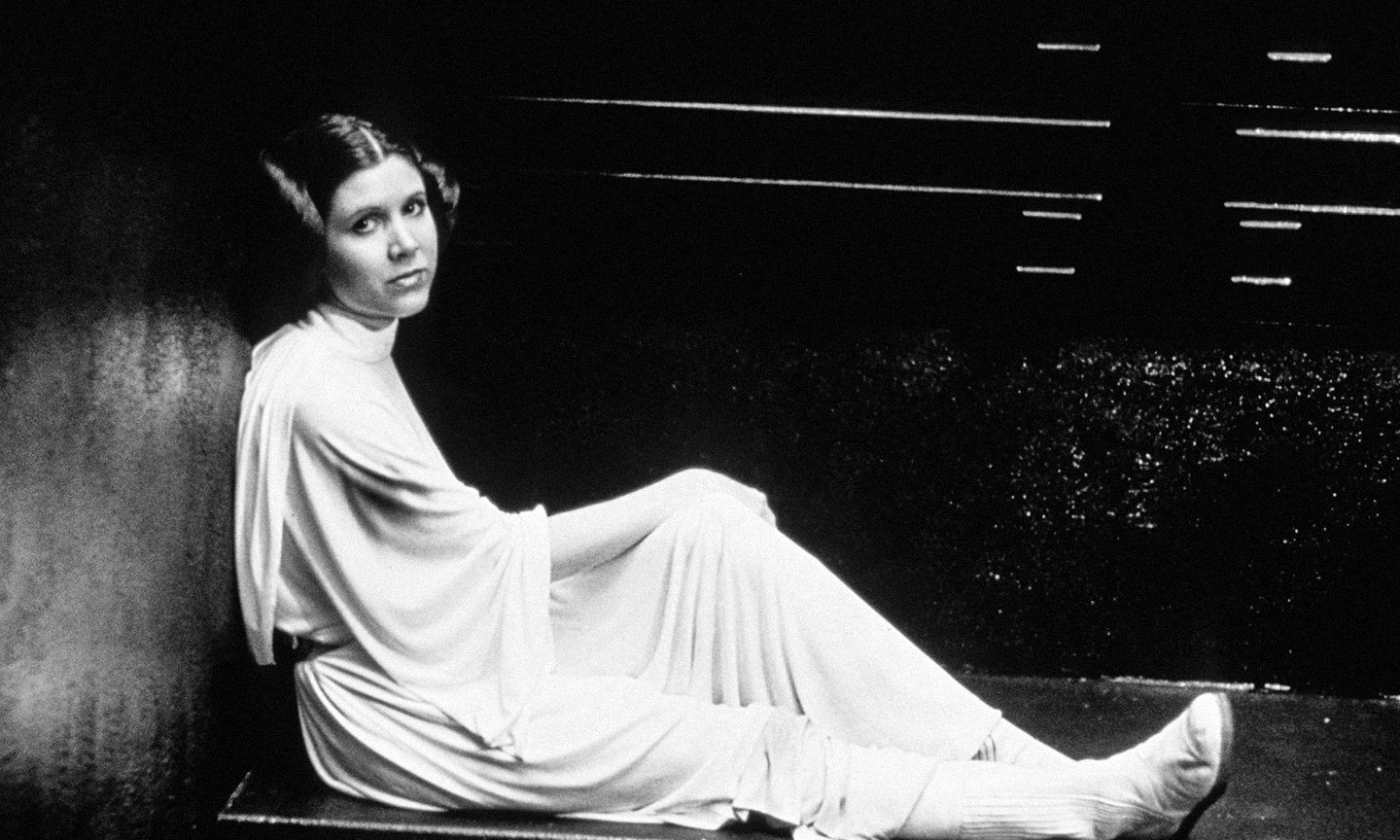 John Mollo aimed to make the costumes timeless. As Lindy Hemming has stated, colour can date a production very quickly. So, the costumes of Star Wars tend towards very natural beiges and browns, or common military uniform colours such as navy and deep greens.

One more aspect of the costumes is that the men’s costumes are distinctly masculine. They do this by drawing on simplified versions of Napoleonic battlefield dress. In real life, these outfits were made to make a man more imposing to the enemy; shoulder padding to broaden the shoulders, high boots to make a man seem taller, chest padding to make a man seem stronger. In fact, many of these features have been refined and have become common elements in a modern suit. 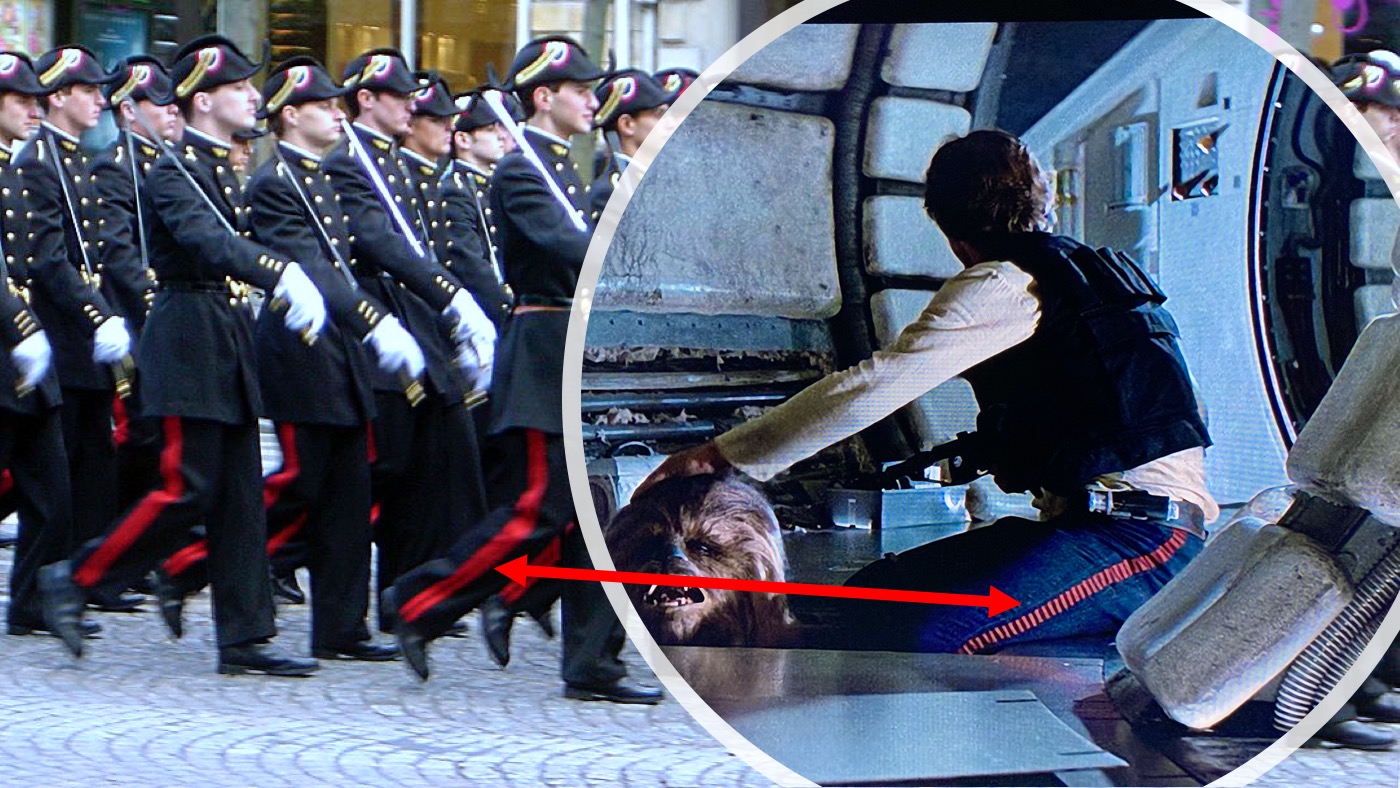 Until Star Wars he had never done a sci-fi, working mainly on historical productions after doing his military service in Hong Kong. His extensive published works are all on military uniforms, mainly focussing on Europe and North America in the 18th and 19th centuries.

He drew upon this knowledge, whilst making sure there was nothing too distinctive from any one real military entity, to make the Imperial officer uniforms never seem like a placeholder for Prussians, French or anyone else. So, for me, there are three elements that make Star Wars costumes unique; they are simple, they are timeless and the men’s clothes draw on classic masculine traditions.

Star Wars A New Hope is available to buy on Blu Ray along with the complete Box Set. Next on my reading list is Star Wars – Costumes: The Original Trilogy by Brandon Alinger &J. W. Rinzler.