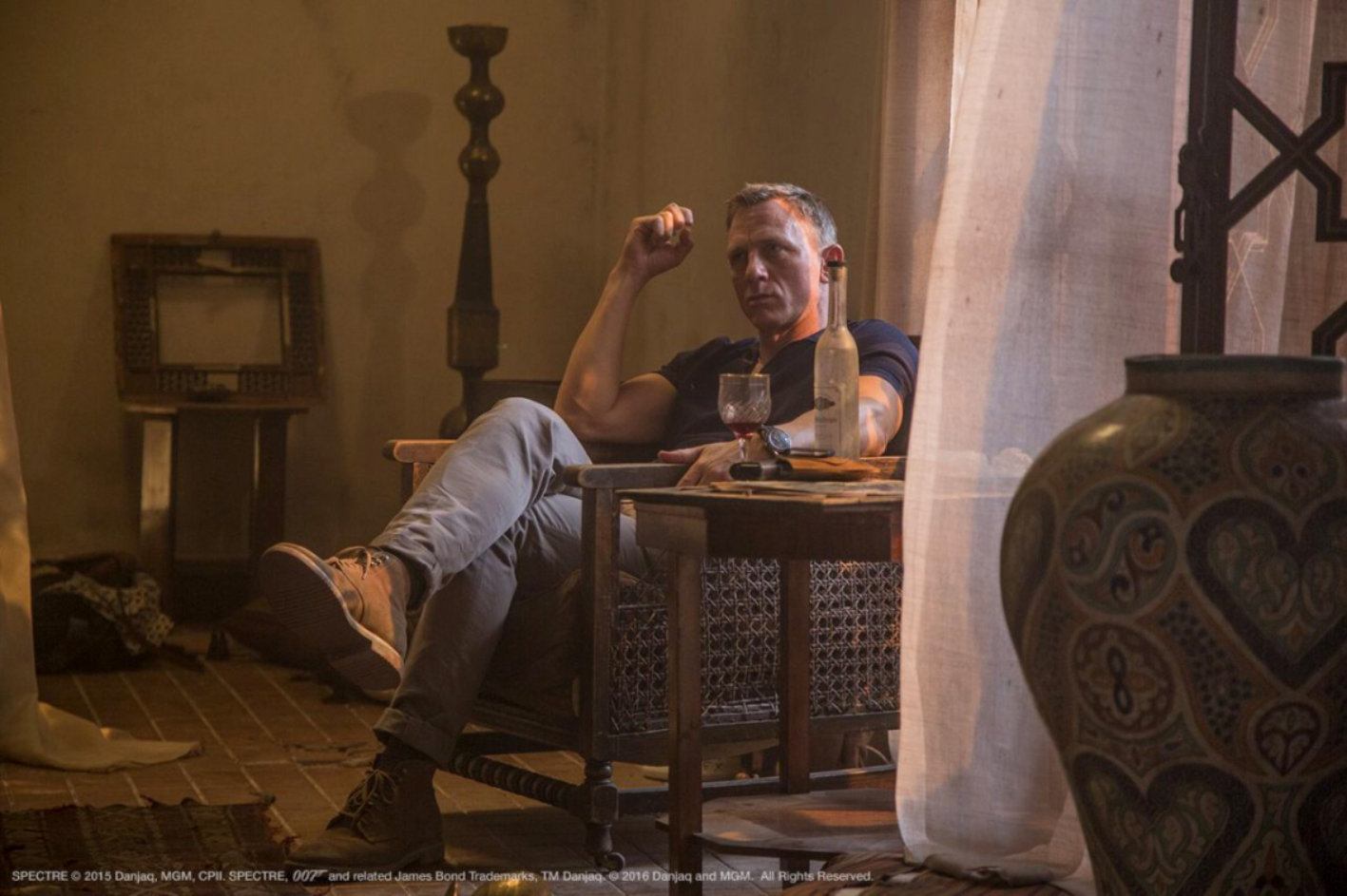 James Bond wears J. Crew Kenton Suede Kenton Plain toe Boots in Morocco, with the Matchless jacket, TOM FORD polo and Brunello Cucinelli aged gabardine chinos. Presumably on the train, where he has changed his polo with a pale blue linen Orlebar Brown shirt. And finally, in the desert, on the way to SPECTRE HQ with a Brunello Cucinelli linen jacket, TOM FORD shirt and tie and the same aged gabardine chinos.

*Note from the editor*

Shortly after this article was published we were informed that the boots Daniel Gaster is reviewing are the Apron Toe Kenton Pacer Boots and not the plain toe Kenton boots that Bond actually wore. Subtle difference but all the same, an important distinction. Apologies for any confusion, we all make mistakes that’s why they put rubbers on the end of pencils. (Thanks to Bobby Morelli for the interest and correction). 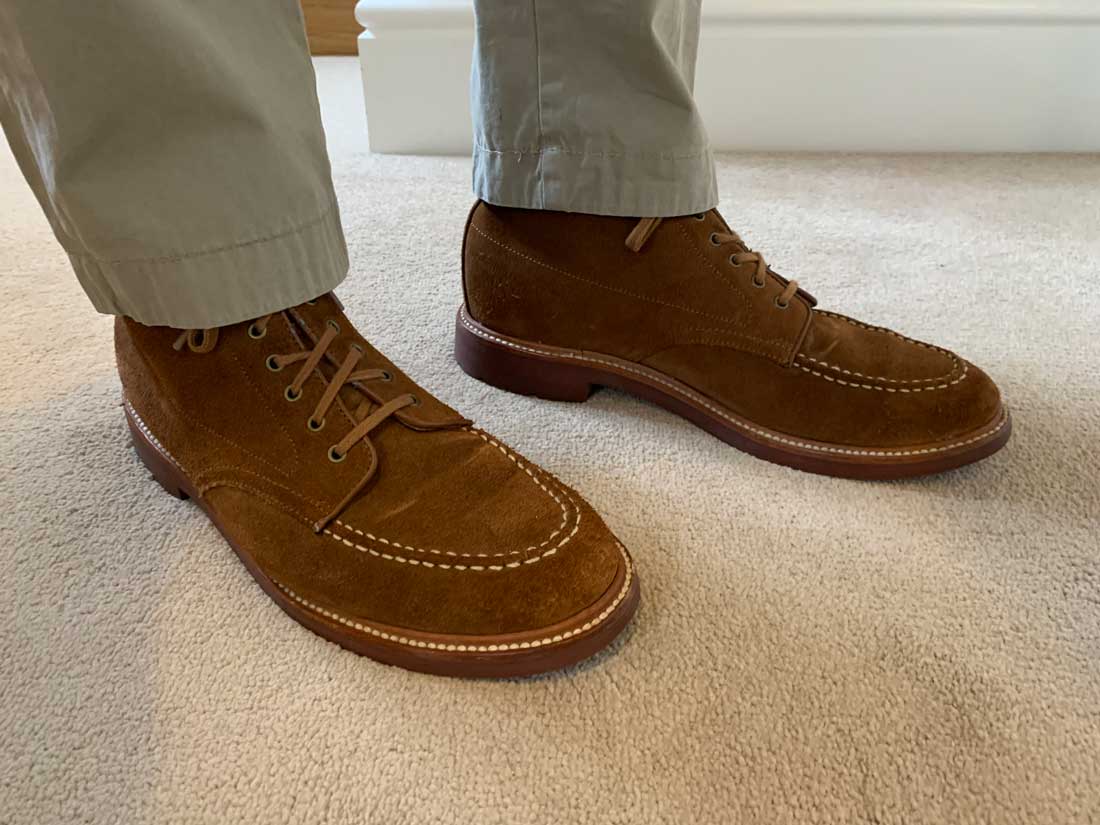 To begin with I was a little sceptical about them, thinking this would be a style over substance. However, they had just gone into sale and were 50% off, so I ordered 2 sizes, uncertain on which ones would fit. I ended up keeping the 9.5 (US) and wore them for a week indoors before venturing outside.

The boots are surprisingly comfortable and remain that way. These are a casual boot, so I only really wear them with jeans and chinos. I’ve not dressed them up like Bond does.

The colour of the boots (Acorn) is a natural or sand which works well with blues or light greys. I tend to only wear them in the late spring- early autumn months. Not just because of the colour, but because they are suede. I stick with the leather boots and shoes for the wetter conditions. 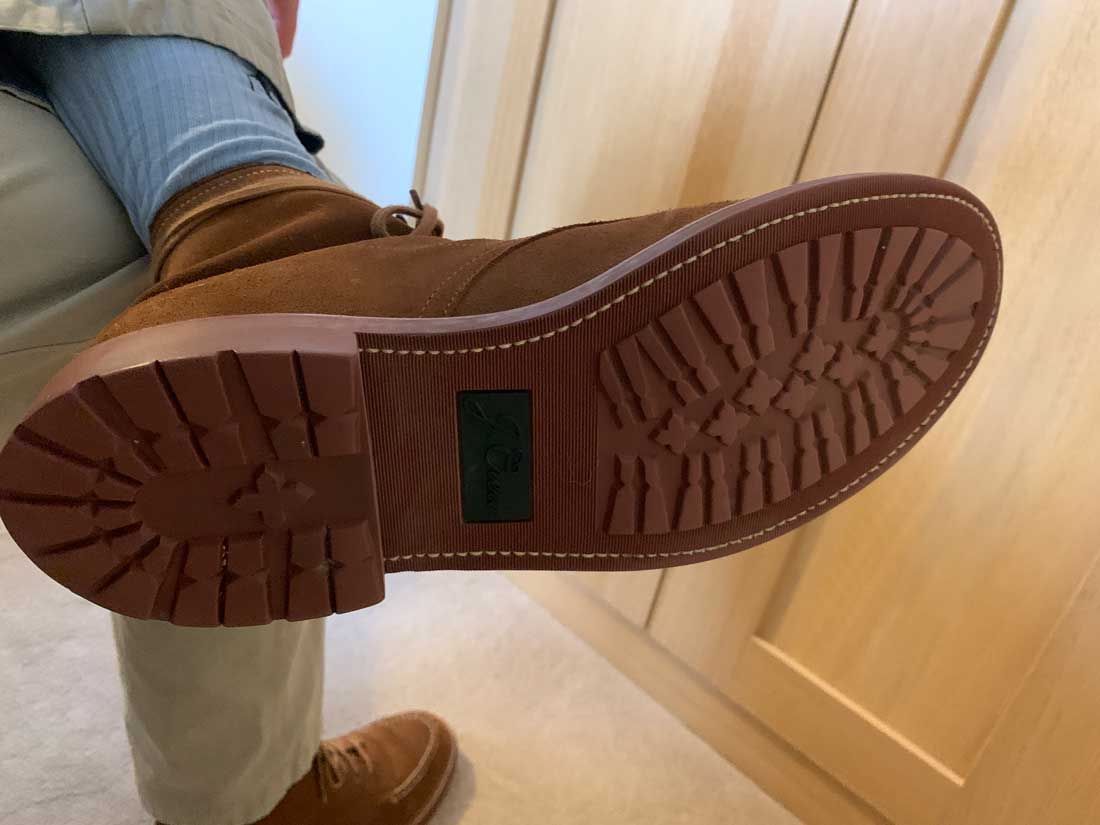 Some signs of wear

I have taken these boots for long city walks on holidays and even walked across beaches in them. They are still in a good condition. The soles don’t show much wear, the laces are still the original and are showing a little fray but are still serviceable. The only sign of wear is the leather edge running around the collar of the boot running down the upper section (around the eyelets). 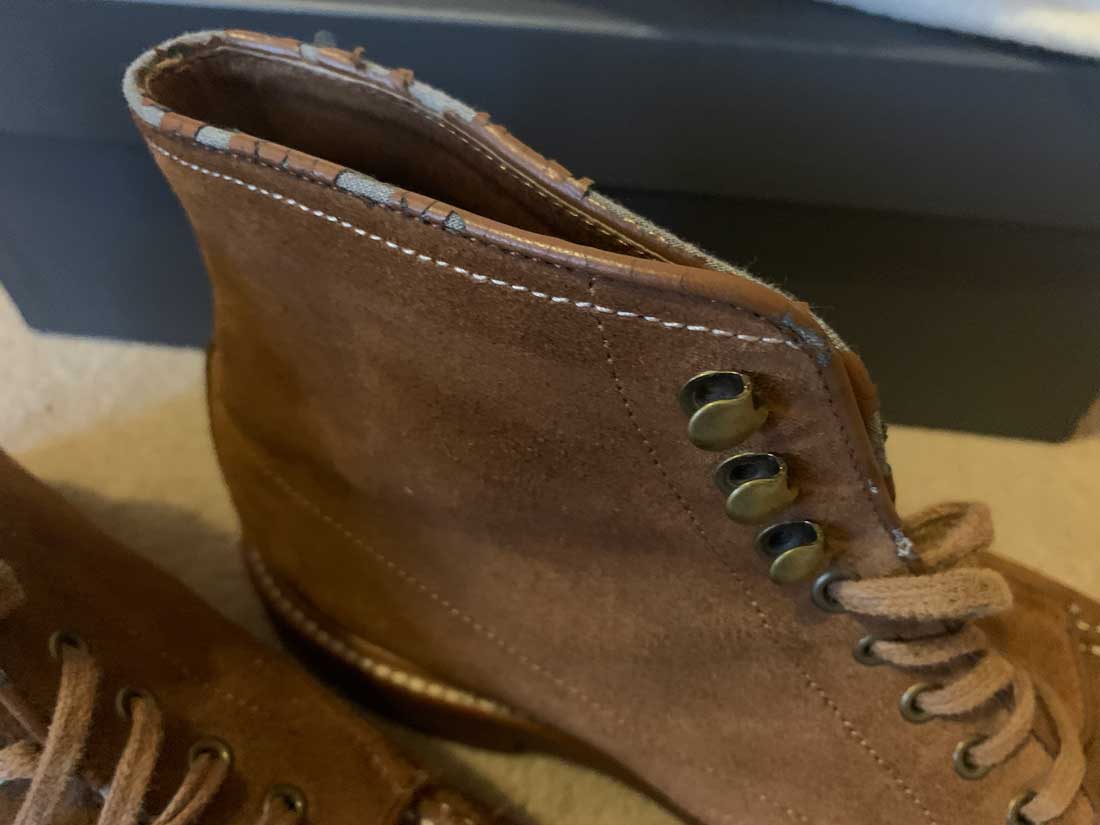 This seemed an unusual choice for Bond in my opinion. There is a pair of boots from Crockett & Jones that Harris Thomas (Dressing Like Bond) showed on the recent “Bond 26 – Styling the NEXT James Bond Film” video on The Bond Experience You Tube channel which I thought may have been the better choice here.

The ‘Ross’ has an oversized cleated lightweight rubber sole from Vibram but, they also described them as winter boots. Maybe too hot for the Moroccan climate. These are the only boots in this colour from Crockett & Jones.  I also don’t know if these boots were available back in 2015?

Another option could have been the Church Ryder 3, in Maracca. However, I’m not sure how well that would go down having Church’s and Crockett & Jones in the same film? 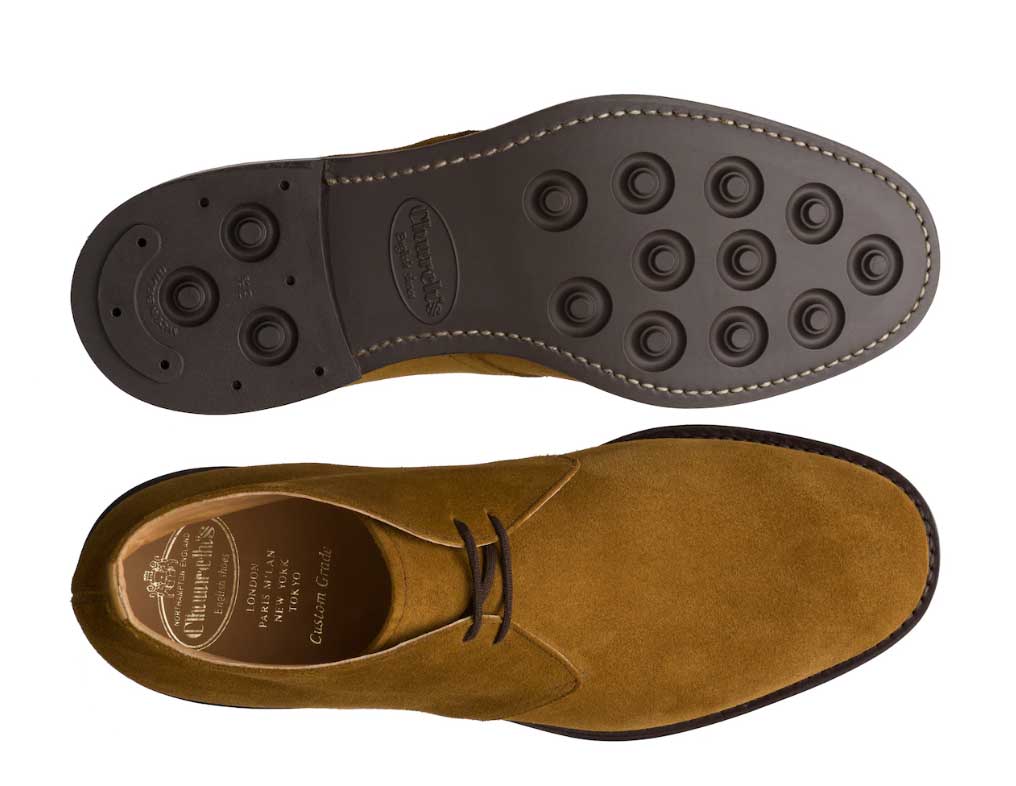 When Crockett & Jones released the line-up for Spectre, they showcase 6 styles of shoe, of which we saw Bond where 3 of them.

The 3 that we see Bond wear are the Camberley (Rome Scenes), The Norwich (with suits) and The Alex (Dinner Suit). The Radnor (which may have been worn in the Mr White scenes but replaced with the Danner boots), the Northcote and the Swansea wear possibly used by others, but it felt like they were chosen for Bond.

Although, Bond having yet another pair of shoes in his small suitcase, with all the outfits he was travelling with would have been even more unrealistic. Making the use of the boots and chinos for the 3 outfits is what you would do when travelling. 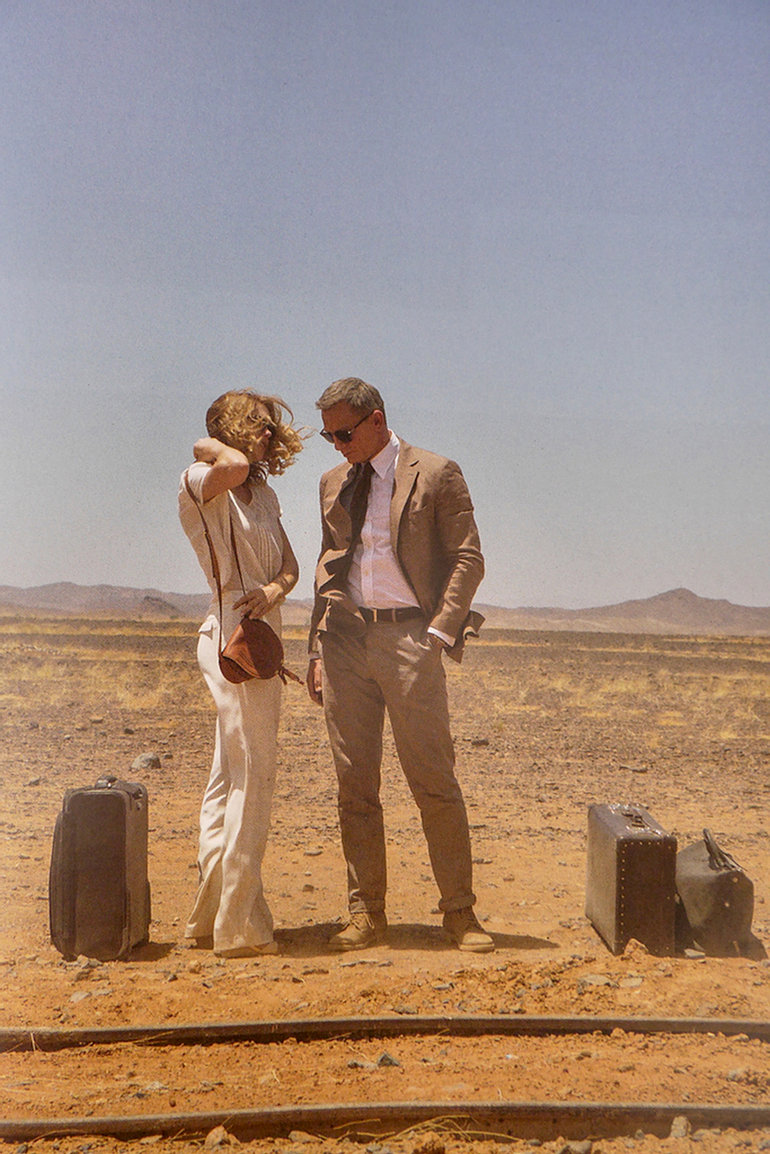 I do feel though that the Suede Pacer boots worked well with the scenes around L’Americain. Especially the colour of the boots with the Matchless jacket.

When I bought them 6 months on from Spectre, they were already in the sale. It was lucky that I was able to get them in my size. It also means that they are no longer available through J. Crew.

However, if you are able to get yourself a pair in a good condition, I would say that mine have done reasonably well. These boots for me were great value, have held up well and are still comfortable. 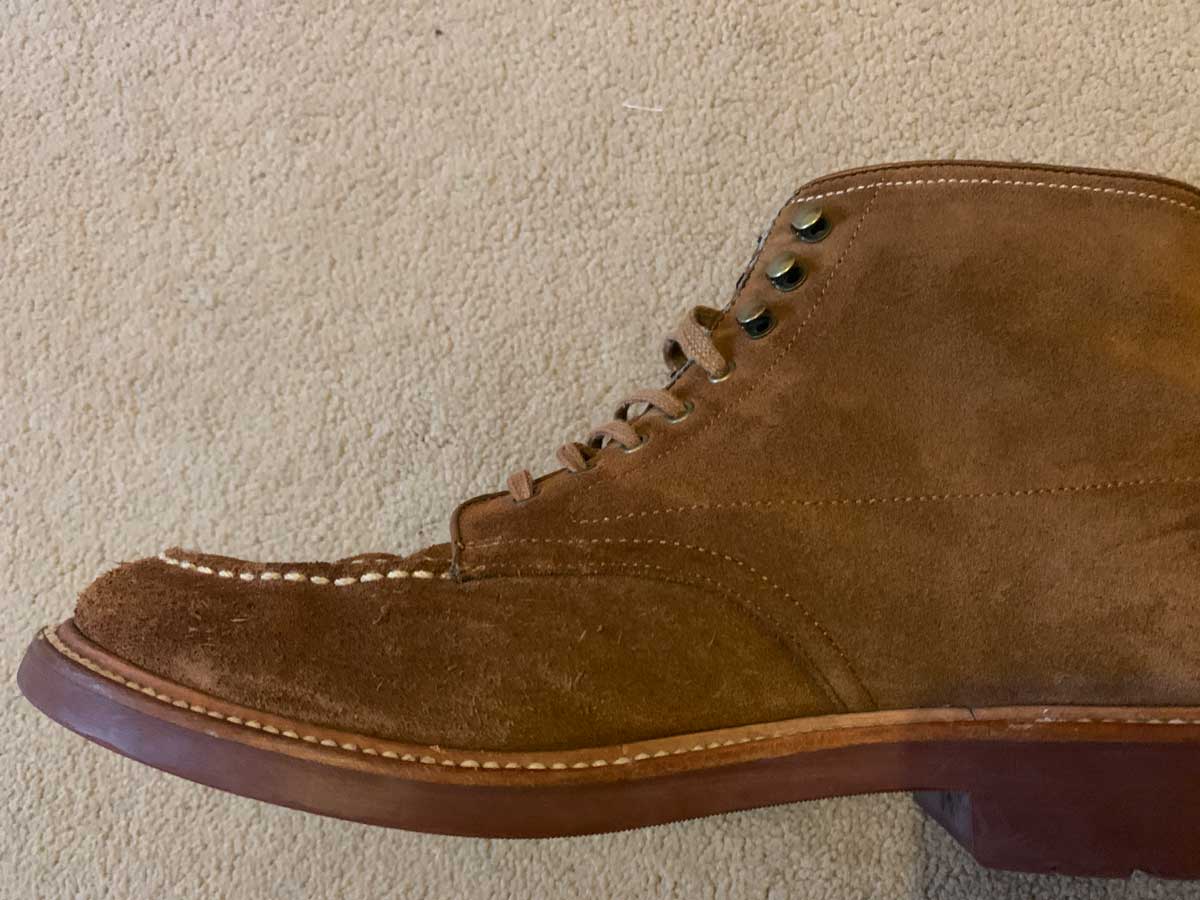 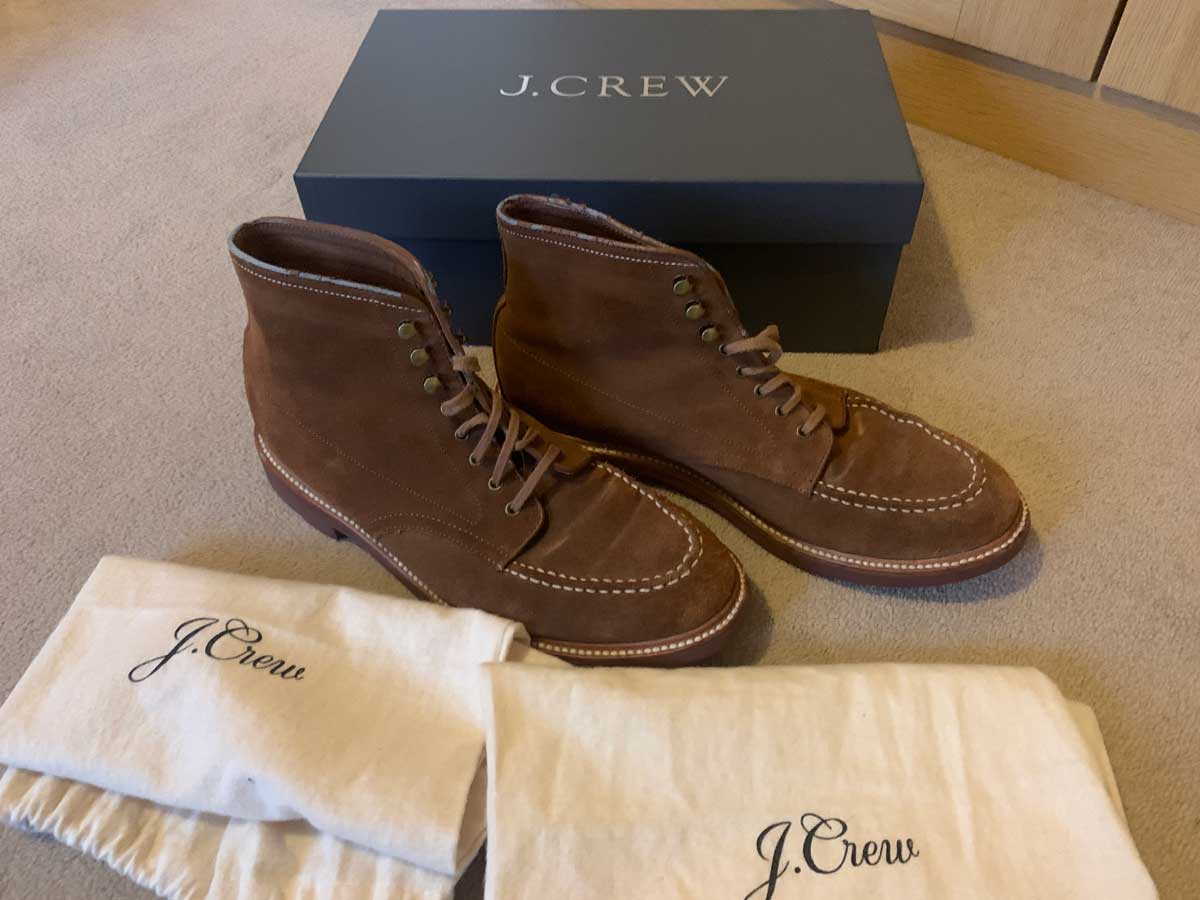 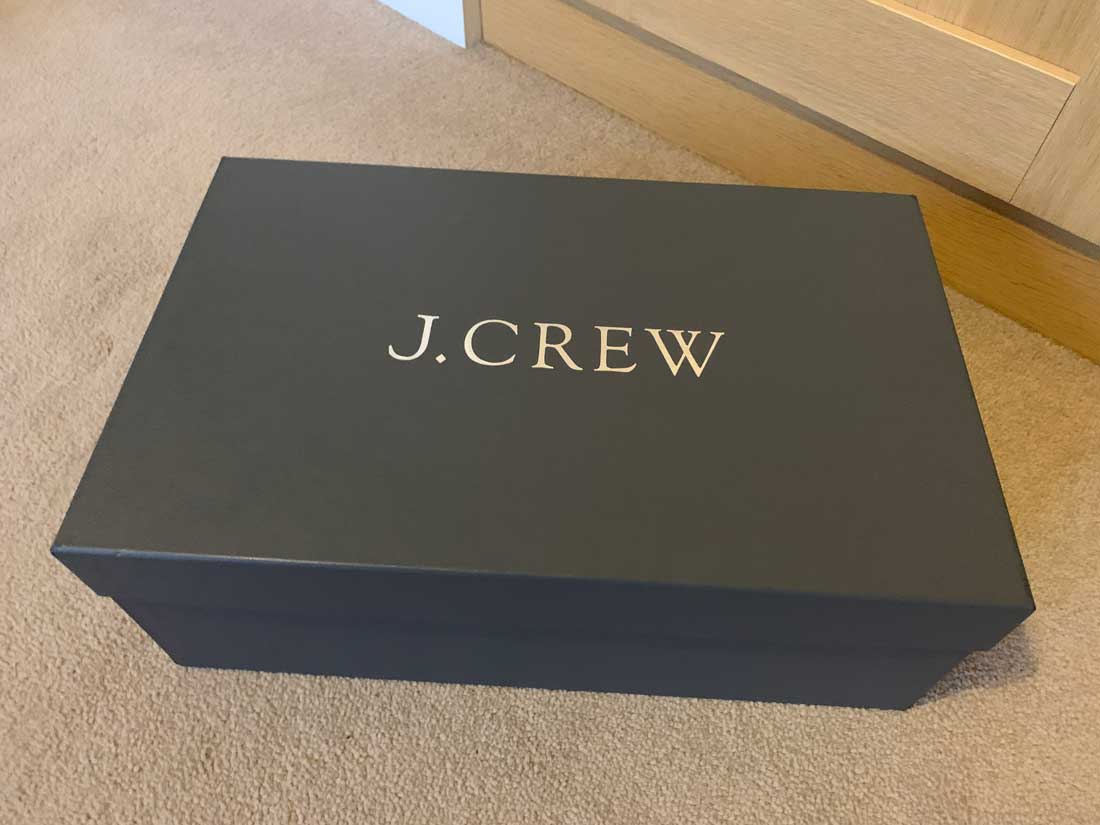 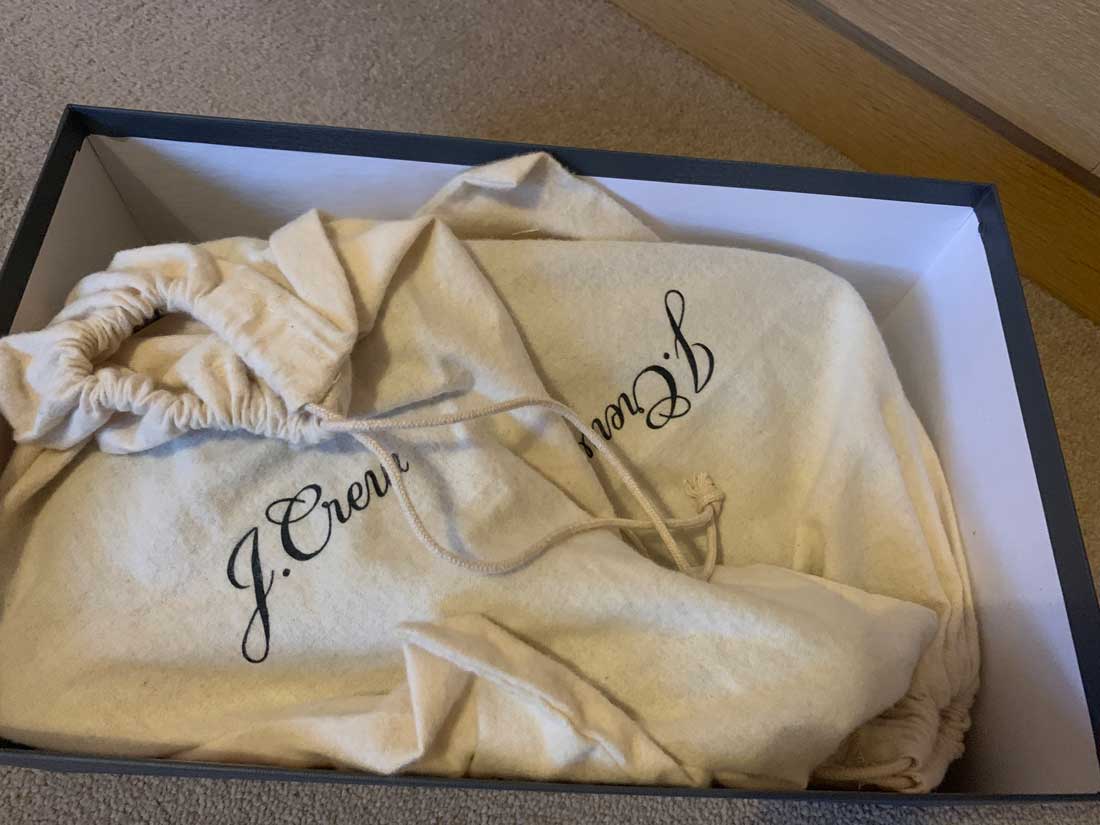 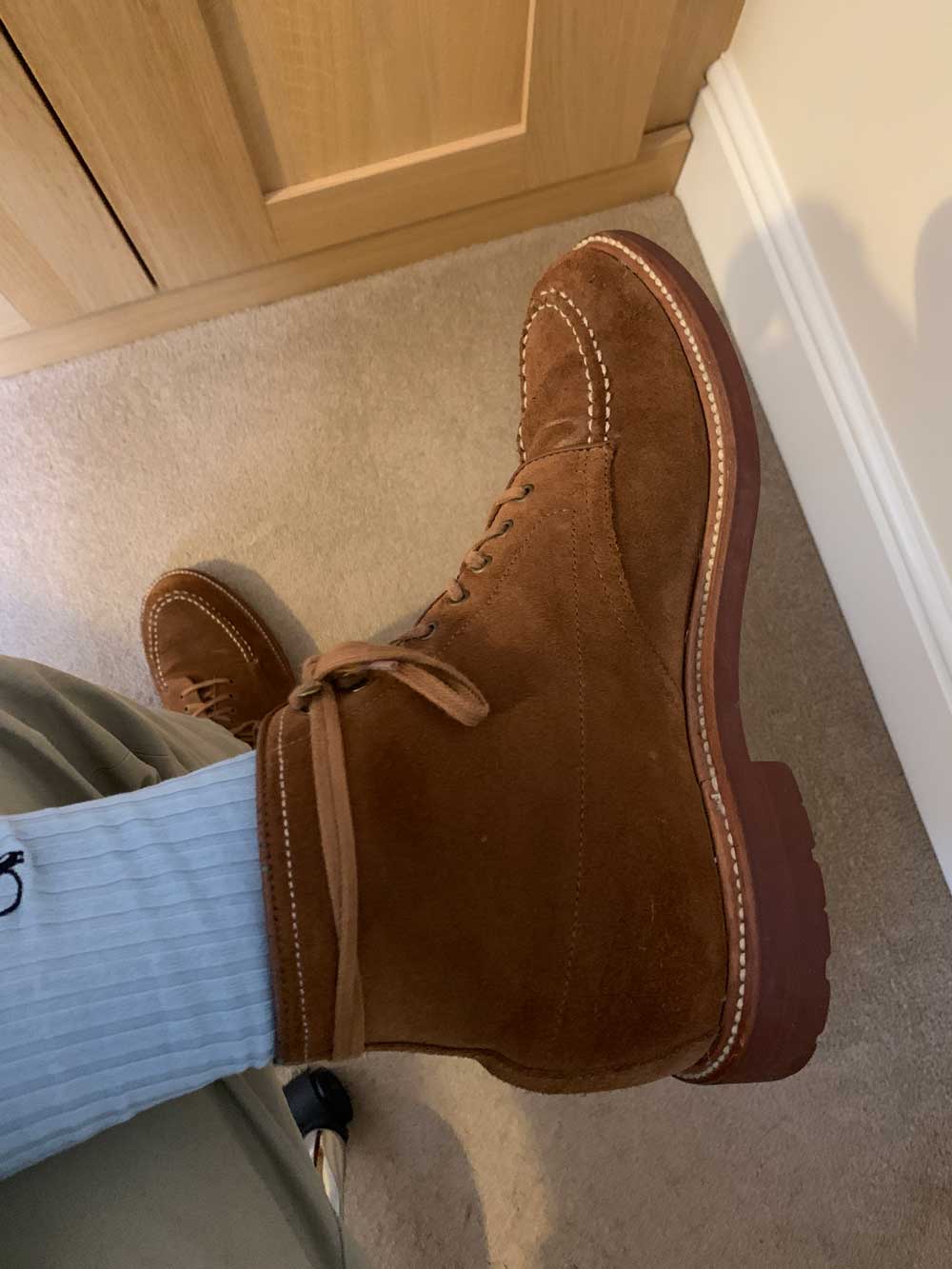