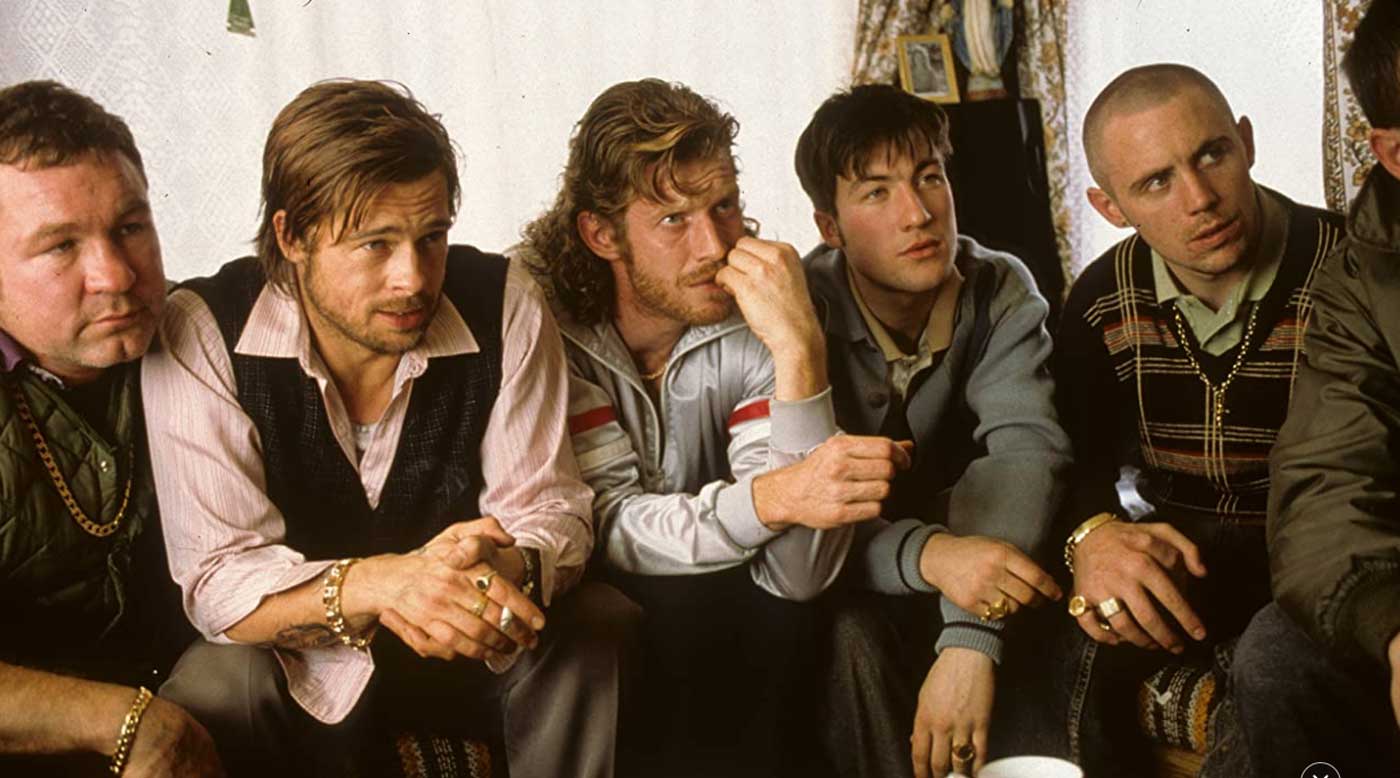 Filmography: About Time, Revolver, The Hole.

I spoke to Verity Hawkes about what it was like to work on Snatch. Here are some short excerpts transcribed from the interview which you can listen to on the podcast. (Links below). You can also catch the full interview on our YouTube channel by clicking the image below. 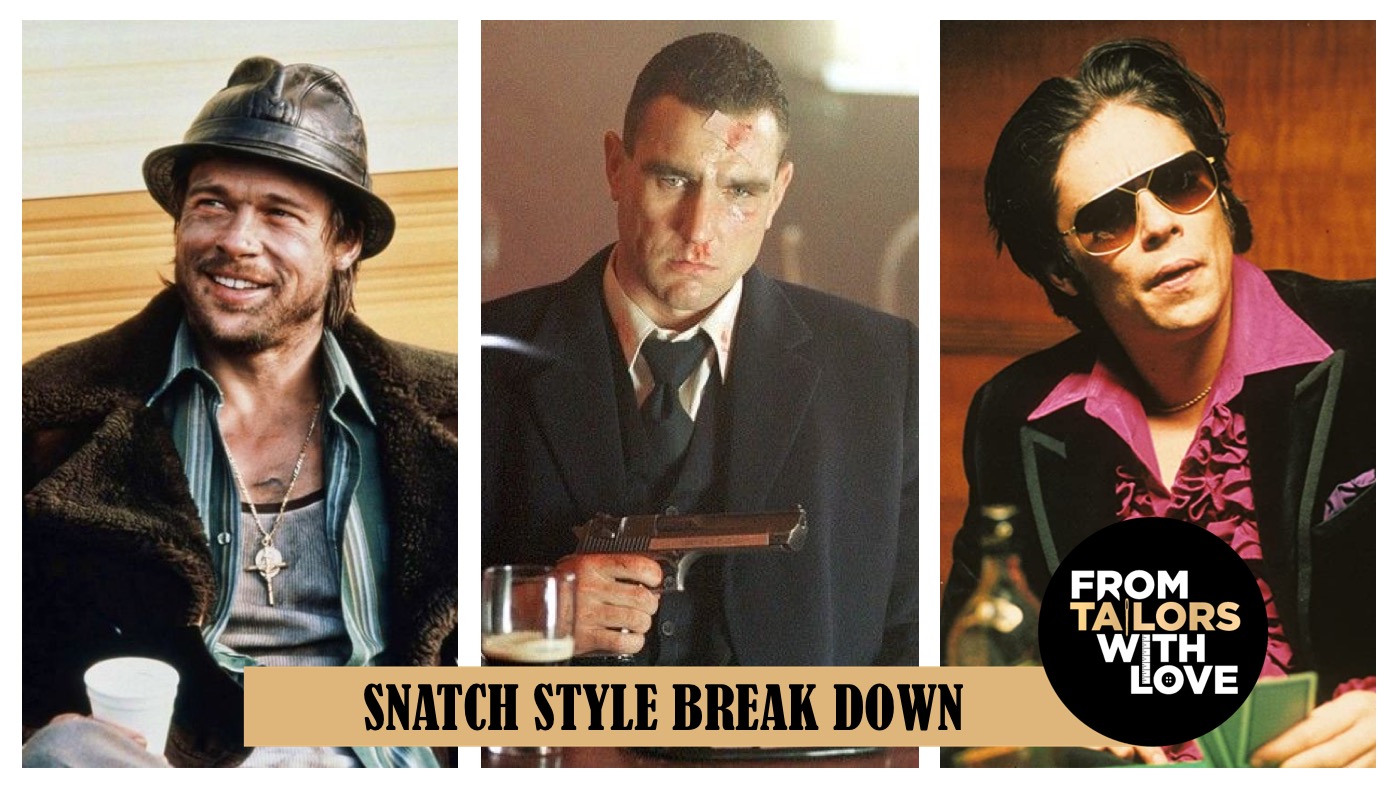 Was Snatch an enjoyable film to work on?

Of all the films I worked on it was one of the most enjoyable. 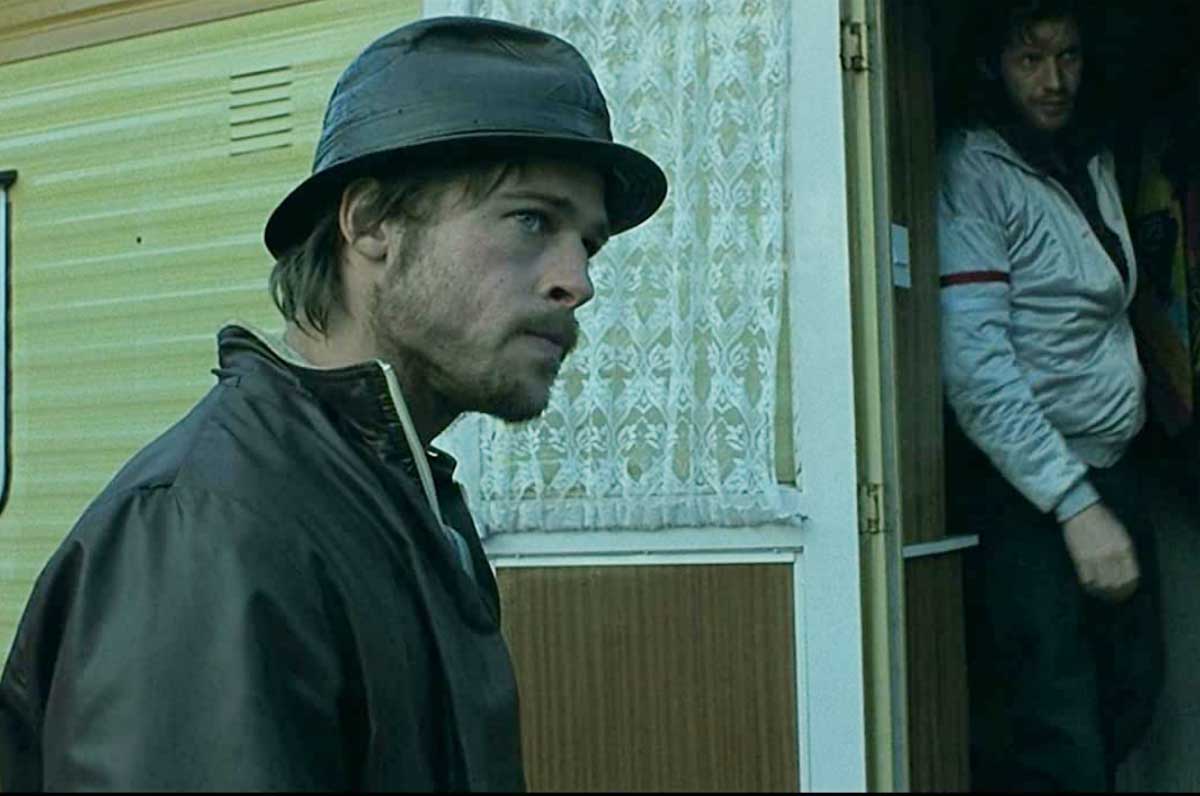 He only filmed with us for 3 weeks, so people come in do a chunk we film all their scenes. You need to fit within their time frame. So he (Brad) came in, Benicio (Del Toro) came in and then Dennis Ferino and they overlapped a bit but it was in chunks.

A lot of the clothes and outfits, came from Carlo Manzi his menswear is excellent. All of Brad’s clothes came from there. Brad’s leather hats which he (Carlo) still gets phone calls about.He  used to be in west Hampstead now in Acton. He’s a fabulous costumier contemporary 20th century. He fitted Brad there. The shoes were purchased, Trickers, I seem to remember.

I remember when he came to Carlos the paparazzi turned up and where Carlos used to be was off the beaten track, nobody used to know it was there. I remember his bodyguard saying to me, “did you tell them?” I’m like no, (laughs) how on earth? Very odd. 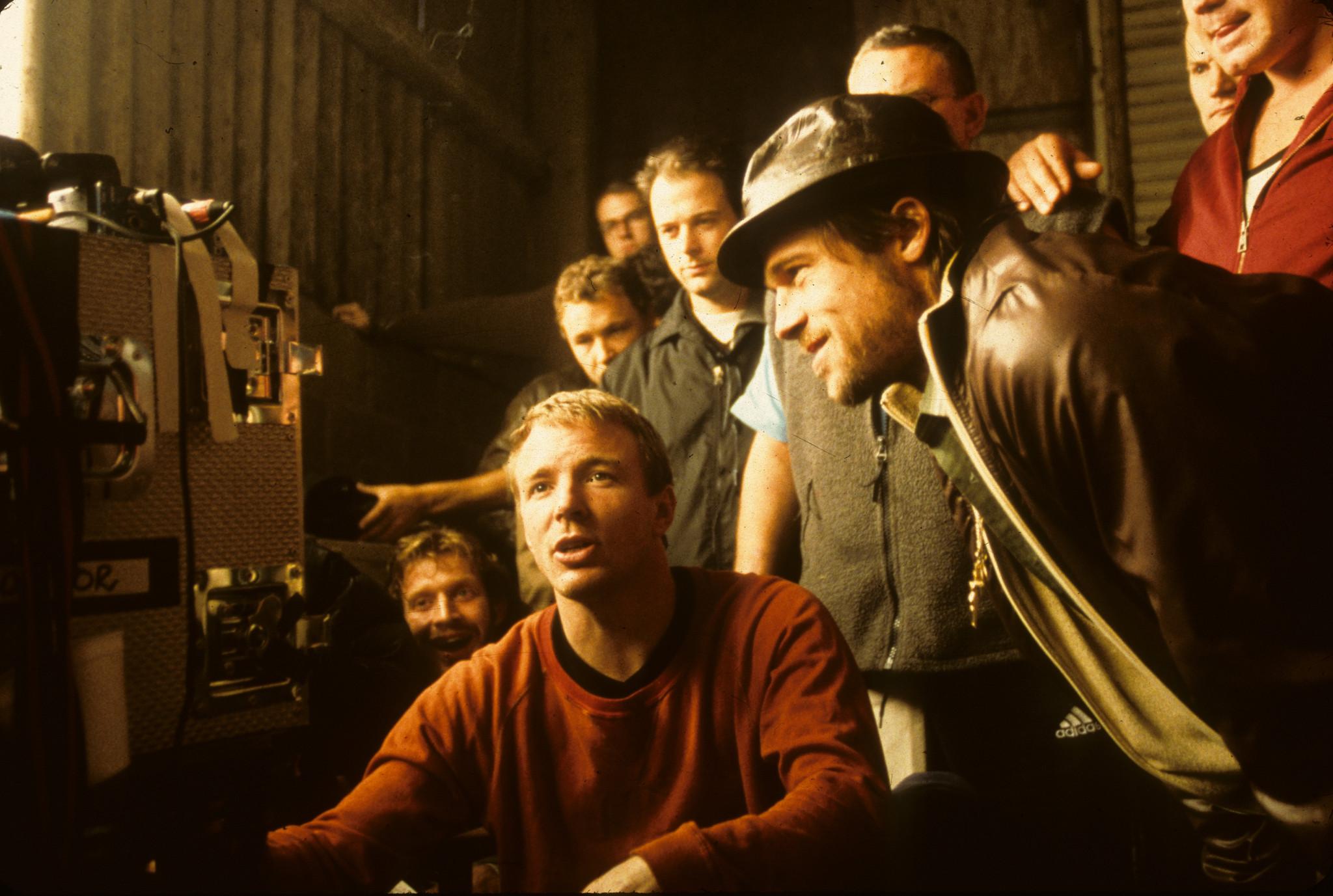 And what was it like working with Guy Ritchie?

[Guy was] very interested in the look of things and the language of clothes. You have to be true, you have to be stylish but true to what those guys, would be like. You can’t totally pull them out of their environment and dress them in a way that they would get confused.

Because you have to quickly identify with them. Who they are. In the quickest, most stylish and comedic way. In a heightened way. 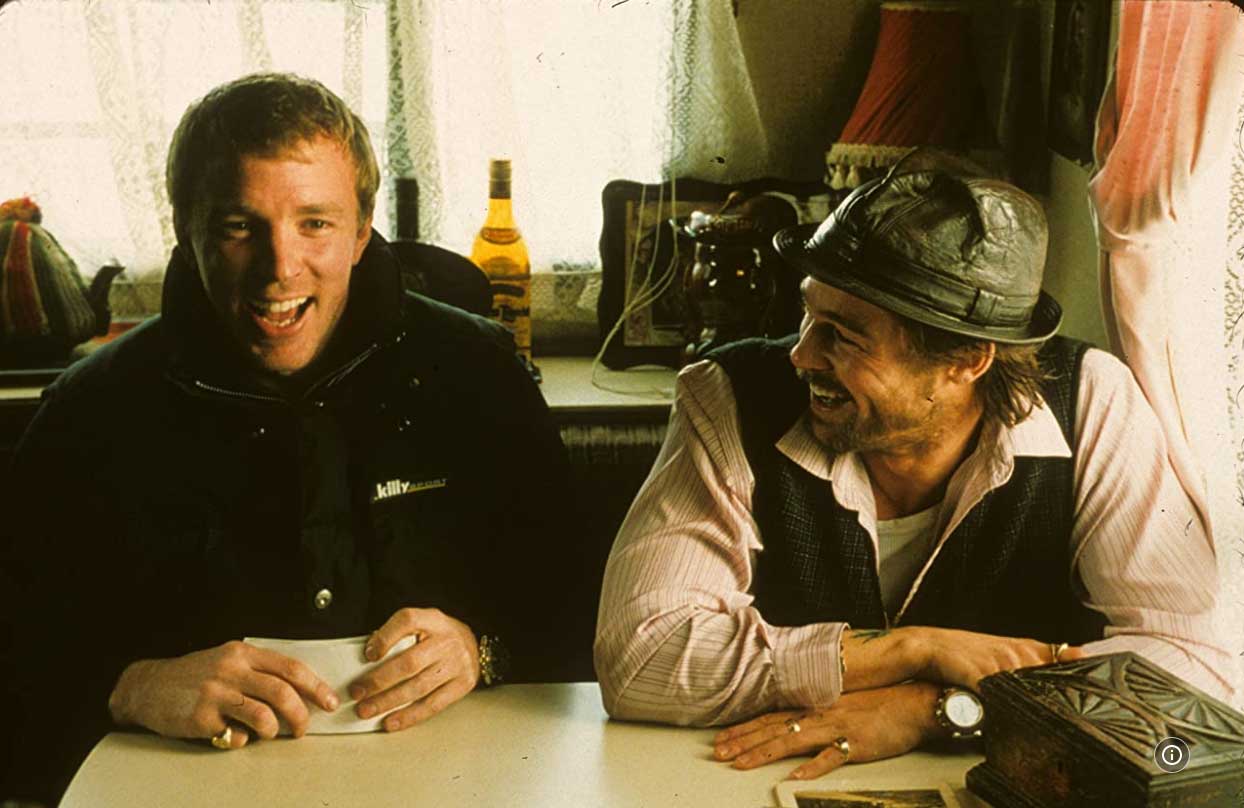 And what other brands were involved? I noticed Dunhill was credited.

Dunhill was through Guy [Ritchie] and Matthew [Vaughn], we would have used a lot more […] we did use pieces but my prep was three weeks so there was no lead time. They (Dunhill) were super wanted to be involved but they just weren’t able to service a film with all the stunt doubles and duplicates so we didn’t use as much as we’d like to use.

So Jason [Statham] was in a Kilgour, think him and Stephen Graham.

Vinnie Jones was in a Mr Eddie suit that we had made. He’s retired now, his son Chris runs the business. He’s a great theatrical tailor so he completely understands the speed in which you need things turned around. 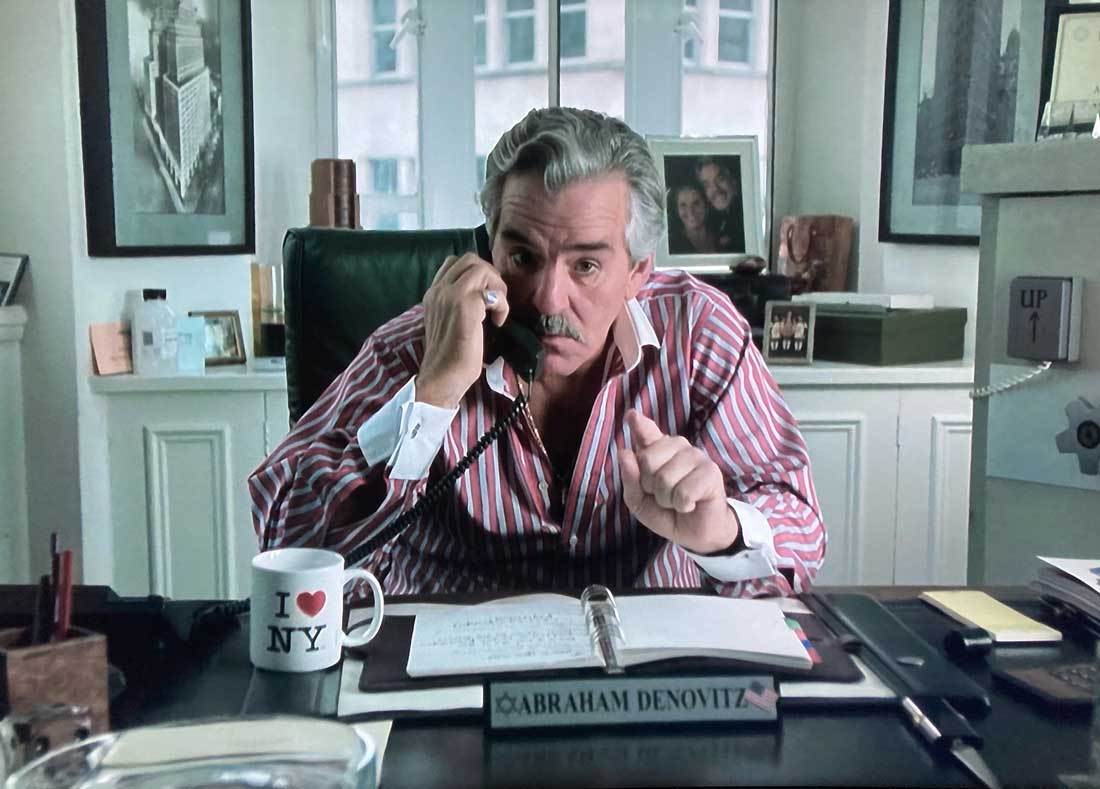 […] We went shopping with Dennis Ferino. […] Harvey and Hudson, Cordings and Turnbull and Asser. He really liked the shirts that buttoned underneath so it keeps the shirt tucked in. Ingenious. Very Savile Row that trick. I think there was a mixture of different places.

The full interview with Verity Hawkes is available to listen in the player below or on  iTunes, Stitcher or Spotify. Don’t forget to leave a review on your smart phone.

Snatch is available to buy on Blu Ray. Star of the film Vinnie Jones is a fascinating public profile. Having watched him play football when I was younger, I always appreciated his commitment to never shirking a challenge or confrontation. In fact, often times encouraging them. I haven’t read any of his autobiographies admittedly, but if I were to pick one it would be this, It’s Been Emotional. Written after he appeared in Snatch and Lock Stock & Two Smoking Barrels.