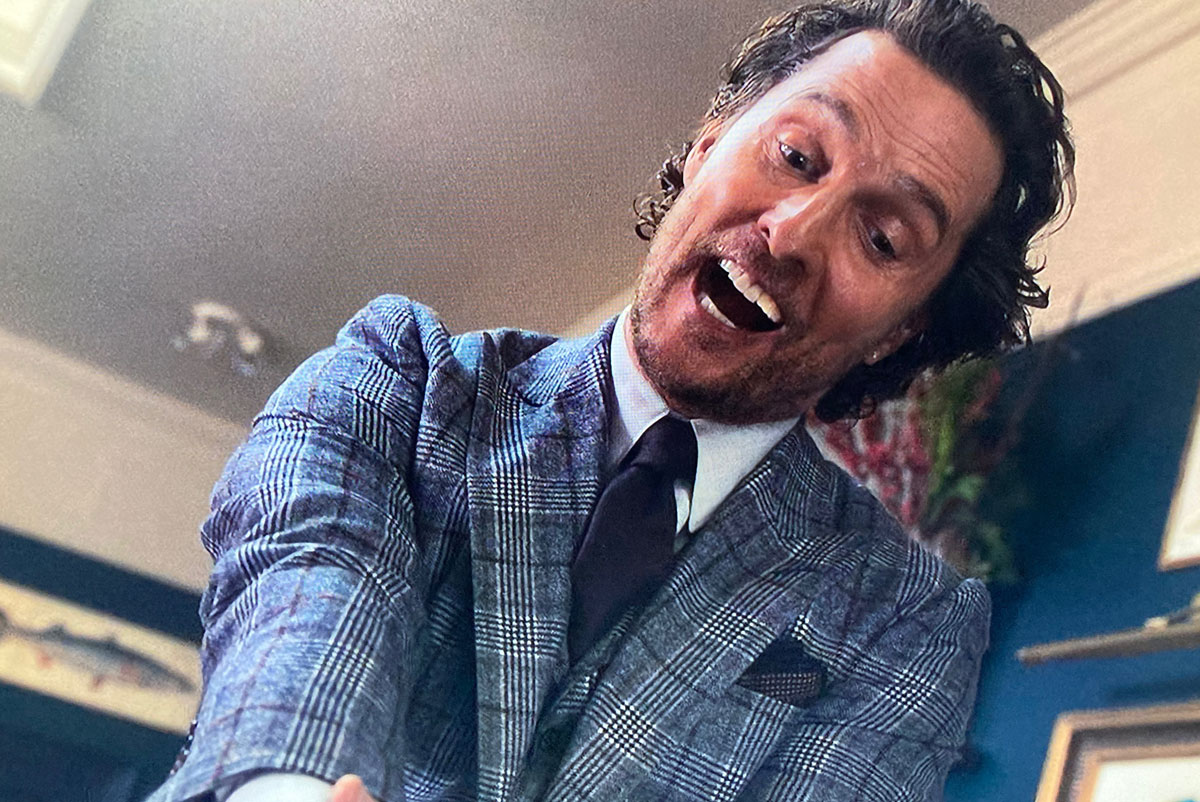 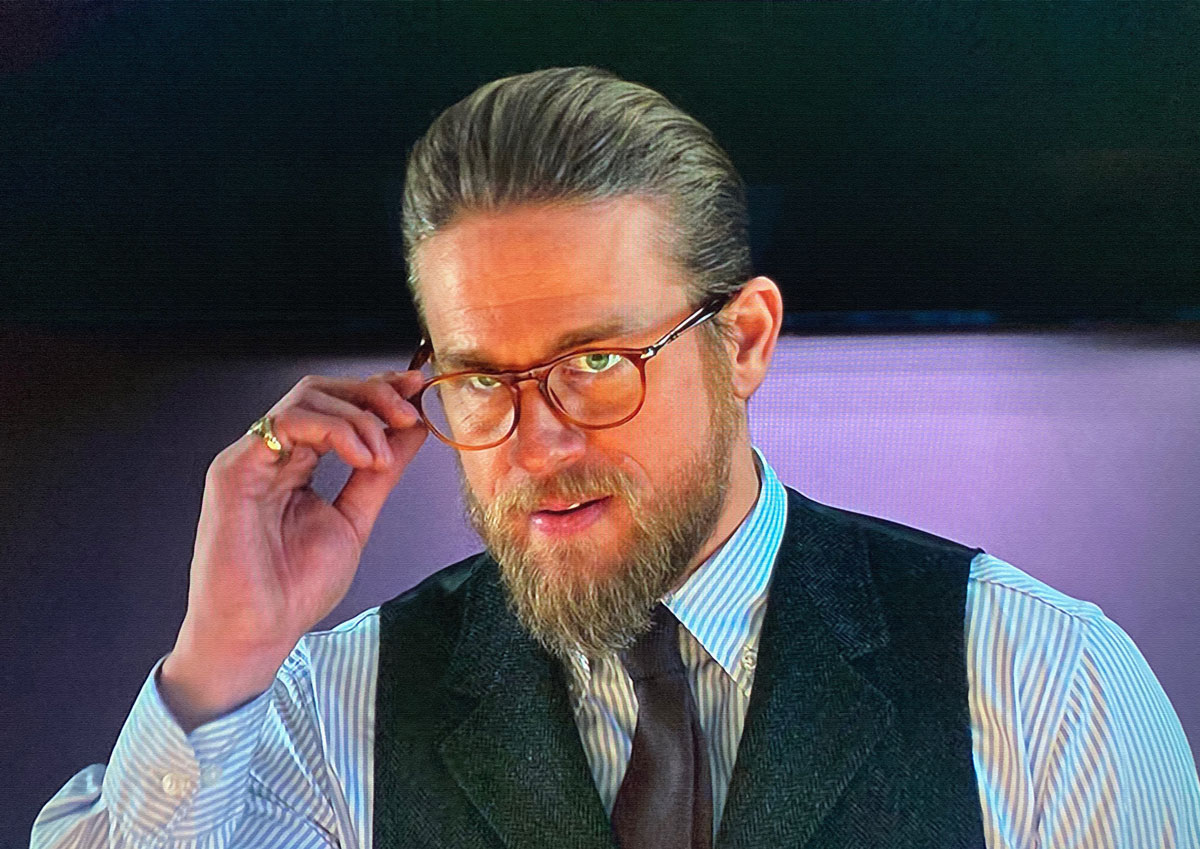 Class meets crass… It’s refined but feels a little dirty, like taking a joyride in a Porsche. (@CaitDoes) 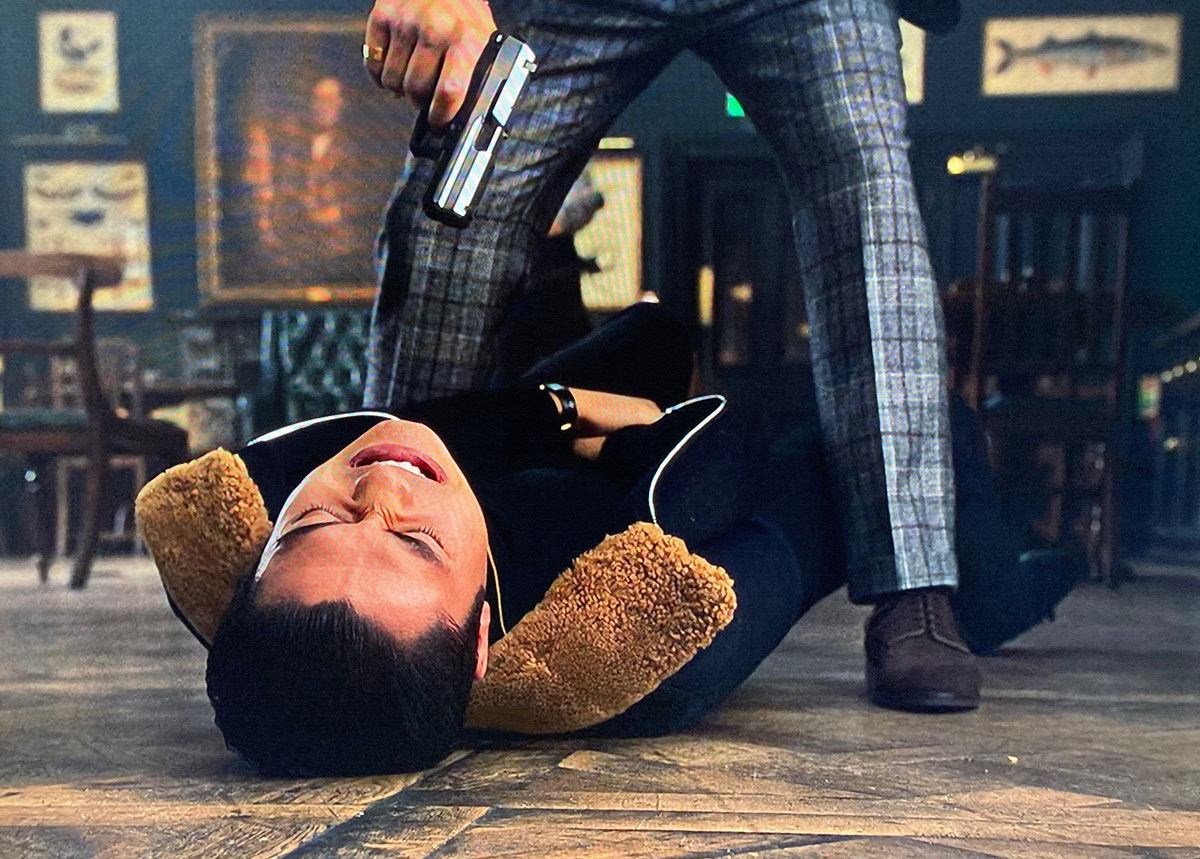 The Gentlemen, a film rich with colourful suits, costumes and language! I loved every minute of this, except perhaps the hint of a The Long Good Friday ending, but then not following through. But then I guess if they followed through, it would just be The Long Good Friday.

As you were Guy Ritchie. Benjamin Waters and I do our best to break down the style elements of the film for the From Tailors With Love podcast. In the mean time The Gentlemen is available now on Amazon Prime. 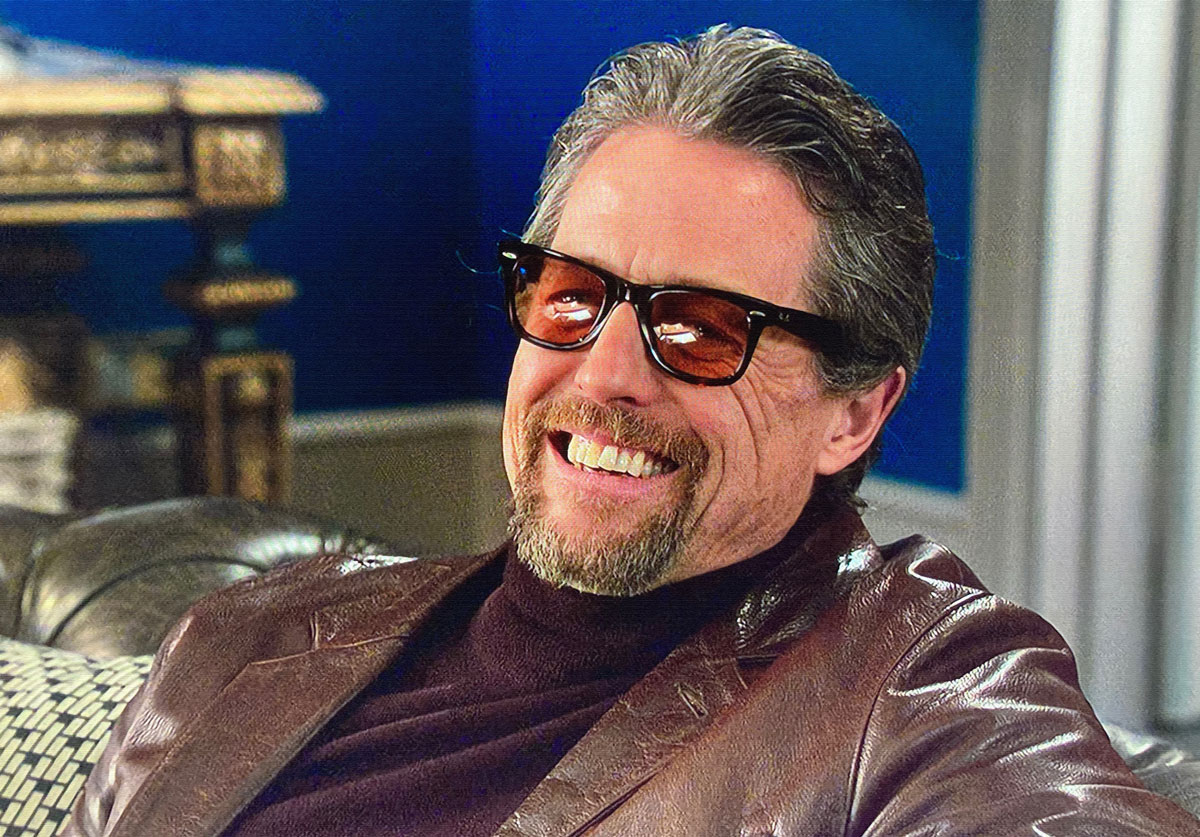 One of the most sought after pieces is the camel cardigan that Charlie Hunnam wears. This was identified by a member in the AJB007 community who wrote.

The cardigan is from Dunhill. Haven’t been able to find it in camel/tan though. The only camel Dunhill I can find online differs from the film one. 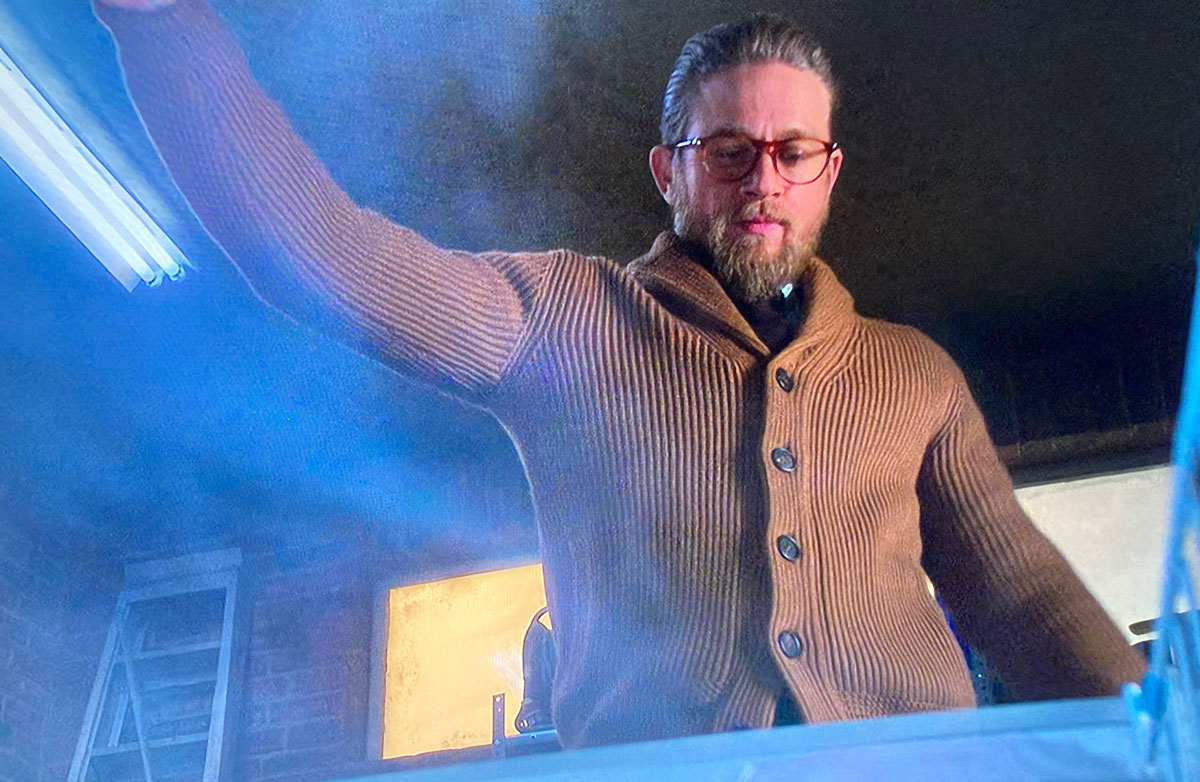 I thought it was a good film, entertaining. Hugh Grant was great in an against type role. I thought Matthew McConaughey’s clothes were very elegant and gave off a distinct English look.

His well cut check suits and sports coats have off gave off the image of a lot of money, but also that of an American who has assimilated into British culture. 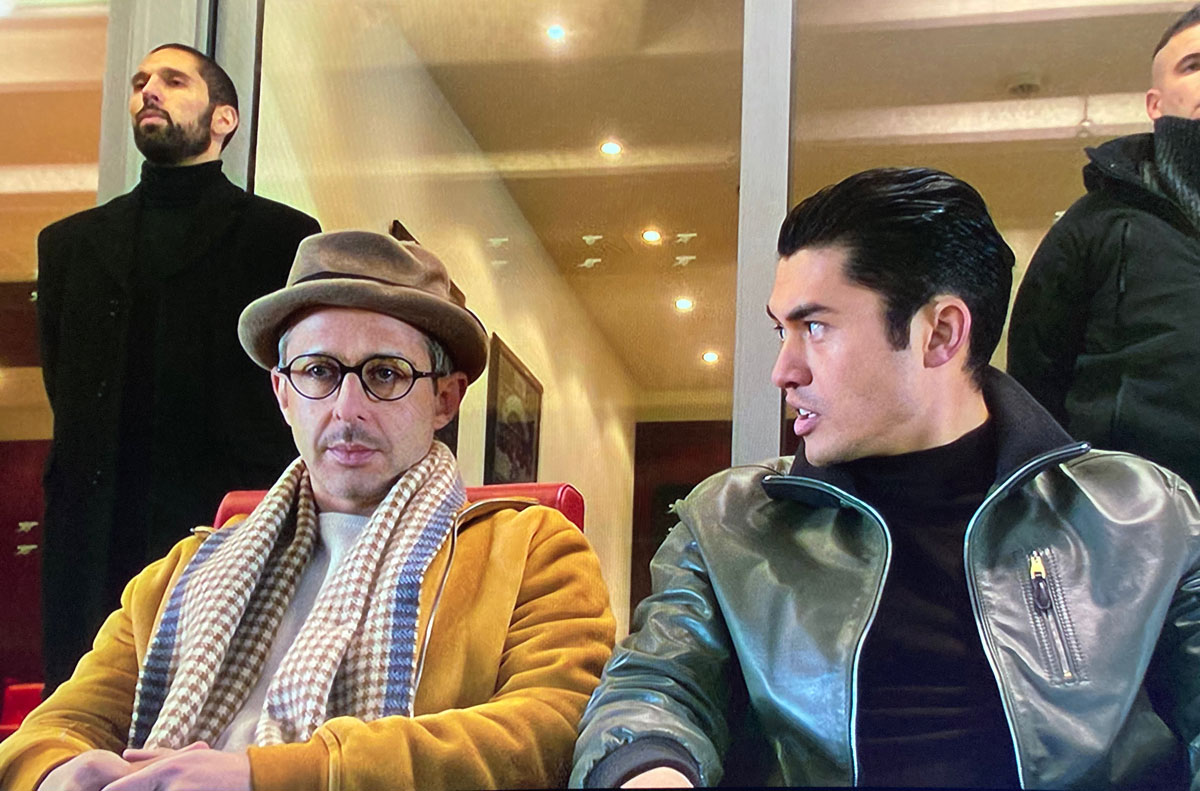 It was really an aristocratic English look that has slowly faded away except for say in the closet of Prince Charles or the Duke of Edinburgh. David Beckham is really more characteristic of a modern English tailored look. – Ryan Hall

You can download the podcast on iTunes, Stitcher or Spotify. You can also download some screen grabs from my dropbox folder to help you follow the key style elements of the film. Feel free to use them to create your own fan art.

The following articles helped me with researching this podcast.

The Gentlemen is available to buy on 4k UHD (Blu-Ray). Next on my reading list is Greenlights, the Autobiography by Matthew McConaughey available to  buy on Amazon.