Scott Fraser Simpson on the Making of the Iconic Series | #153

“So the long and short is that I’ve been collecting for so long that it was it was inevitable that I would eventually recreate some of these pieces that I have never been able to get into my own collection.” – Scott Fraser Simpson. 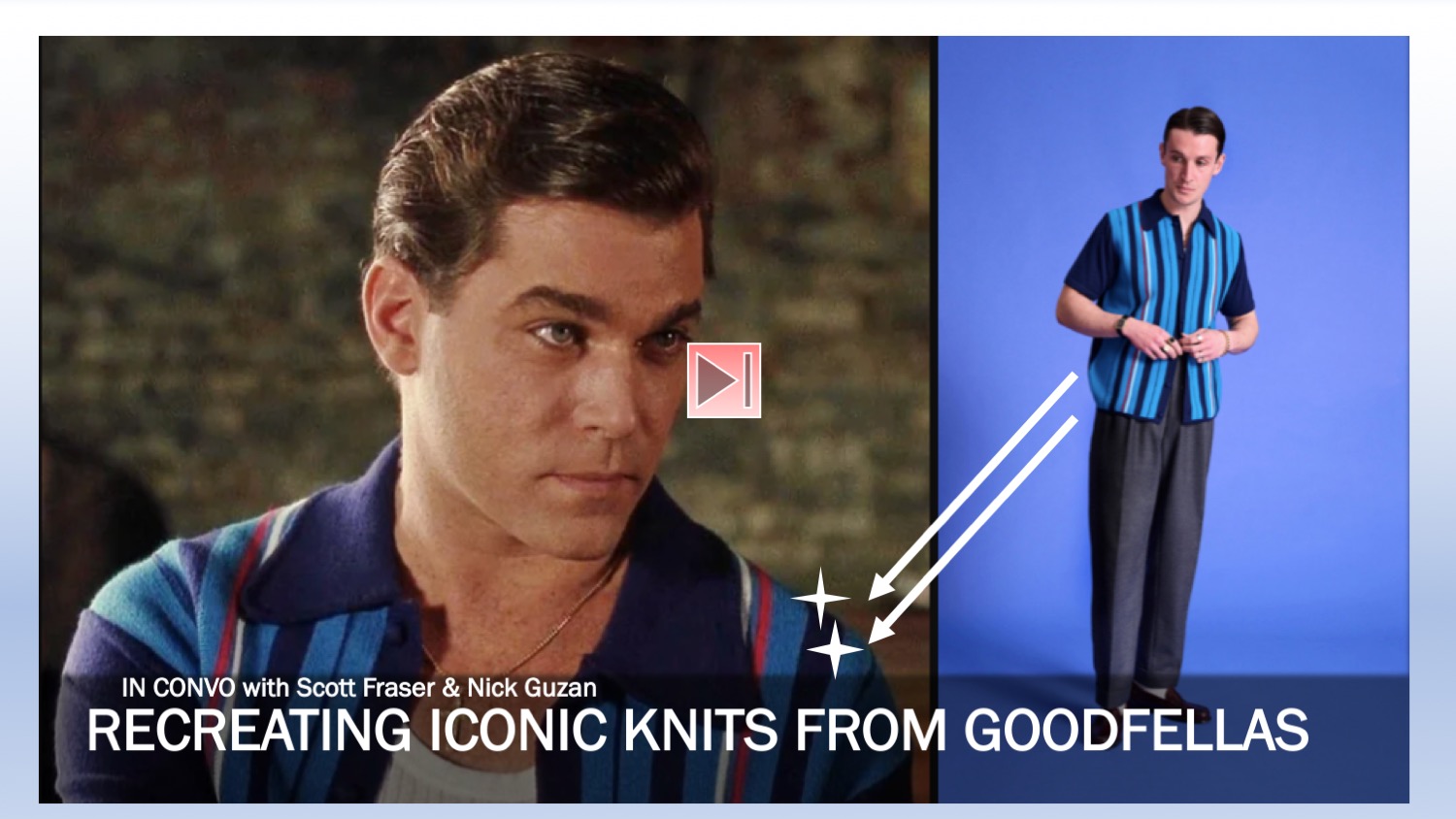 I speak with Founder of the Scott Fraser Collection (Scott Fraser Simpson) about the Iconic Series of knitwear. This range features knits from The Talented Mr Ripley and Goodfellas so far. I’m also joined by Nick Guzan of Bamf Style who has done a thorough write up here. You can catch my interview with Scott on YouTube, below is a short moment transcribed (loosely) from our chat.

And you managed to get hold of the originals?

There’s one, which is the blue one, the short sleeve. The one he wears with a vest underneath. Now I sourced it through a New York costume house that was a contact that I made collecting through the years. You build up these frameworks of who’s got what or who knows where things go and a lot of costume houses obviously buy tons of period clothing. I came across this knit through them. It doesn’t have direct lineage.

But based on where it was, in New York. I feel like it had very strong links to the Idlewild. On the other hand, I have the same one, but it’s in a different colour. So they are both vintage pieces. And I have the same one that is in a great shade of green. But then me being me, I know the maker. Even though the green one didn’t have a label, I knew all the different marks that came from the specific brand that would have made it back in the day. So it’s like really deep shit.

The podcast is available to listen on iTunes, Stitcher or Spotify or in the player below.