Disclosure: I haven’t made any new discoveries in this blog, but thought I’d share my research notes on some of the costumes used in Knight and Day and the Baracuta jacket itself. 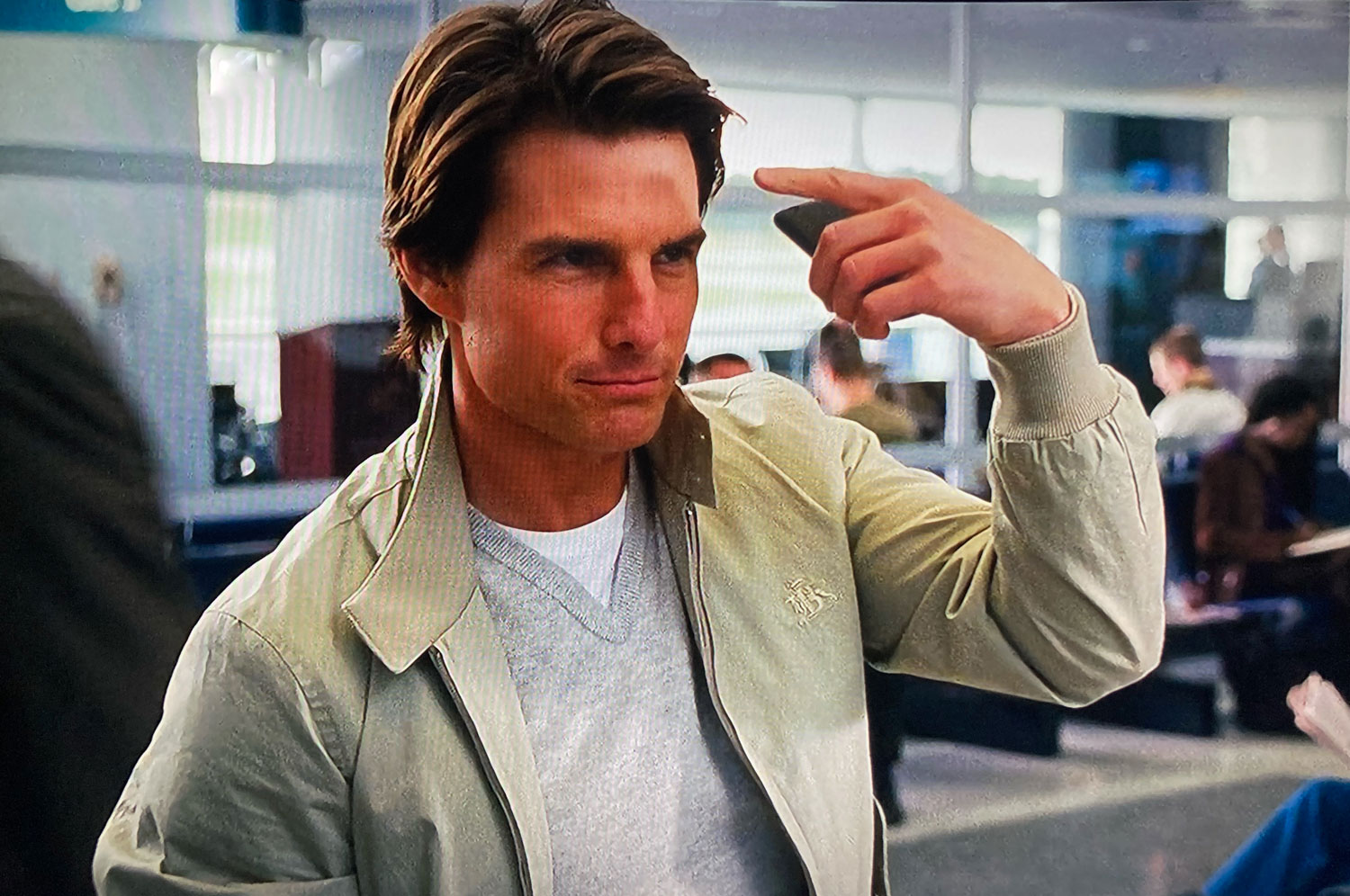 In the opening scenes of Knight and Day we see some neat interchanges between Tom Cruise’s character (Roy Miller) and Cameron Diaz (June Havens). There is chemistry, sleight of hand, and some really enviable hair going on. I noticed Roy’s jacket is a Baracuta Harrington with the logo still on the breast. After recently writing about the long pursuit to identify Jason Statham’s Baracuta in Wrath of Man, it’s come as a welcome surprise to find a jacket so easily identifiable. According to a post on Worth Point;

3 Baracuta jackets were made specifically for Tom Cruise (custom cut around Size 36-38″ Chest). The typical wool liner was replaced with a silk liner for easier movement during fight scenes. 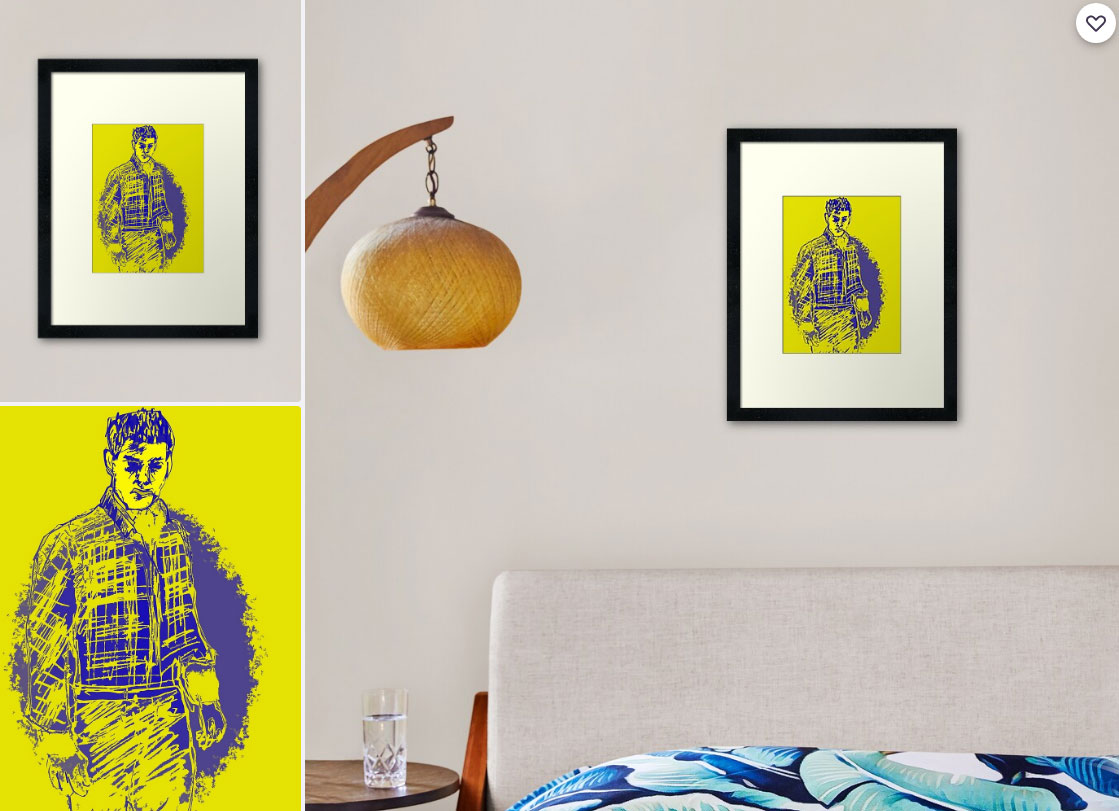 All Baracuta jackets come with an umbrella yoke at the back, although this one does not. As these were specially made you can see that this Baracuta signature was not preferred either by Tom, the costume designer Arianne Phillips or both. So it was omitted. The umbrella yoke was originally designed as an effective way to get rid of rain without effecting the overall look. You can read an interesting article on that on Stuarts London Blog.

For further details and discussion on this jacket I encourage you to read a thread by the good folks at AJB, and you’ll forgive me for lifting what seems to be the crucial bit of intel from that thread.

That particular jacket was a special release by Baracuta called the G-10. It is basically a G9 with a much slimmer fit. It has shoulder seams instead of a raglan shoulder style, and no back yoke. There was a special limited release around the time the film came out. I owned one myself, but have since sold it as it wasn’t really my style back then. I’m kicking myself now.

After some back and forth from Baracuta, we have managed to get some intel on the jacket. The below quote is from their customer service team. I have copy and paste from email. The company is Italian run now, so English not being their first language.

Unfortunately, we are not able to forward the info from the first hand, as the people working on SMU years ago are no more part of the company.

However, official statement is that this was an unique piece specially crafted for Tom Cruise that took inspiration form our original Harrington G9. There were a lot of craftsmanship and changes. Like for example: the brand logo embroidered on the chest (the G9 doesn’t have the logo on the chest, excluded brand partnership) + different cut of the sleeves + no umbrella on the back + no tartan inside. In any case it is not a G10 but a unique piece of G9 specially made for the film and Tom Cruise.

Why is it called the G9?

The G stands for golf as the jacket was originally designed to enable golfers more freedom of movement. The 9 stands for 9 holes.

Where does the Harrington come in?

An actor in the 50s called Ryan O’Neal sported the jacket in films and TV. The ‘Harrington’ was named after his character ‘Rodney Harrington of Peyton Place.’ Another great read of the origins of the G9 Harrington can be found on the Zani Blog. There it credits a gentleman and pioneer of the Ivy League style John Simons. The article cites,

Simons would handwrite cards to go in the window next to the garments on show. He would write for example “The Rodney Harrington Jacket” when displaying a Baracuta G9 in his shop window. After doing this a few times the writing of the name was shortened simply to “The Harrington”. 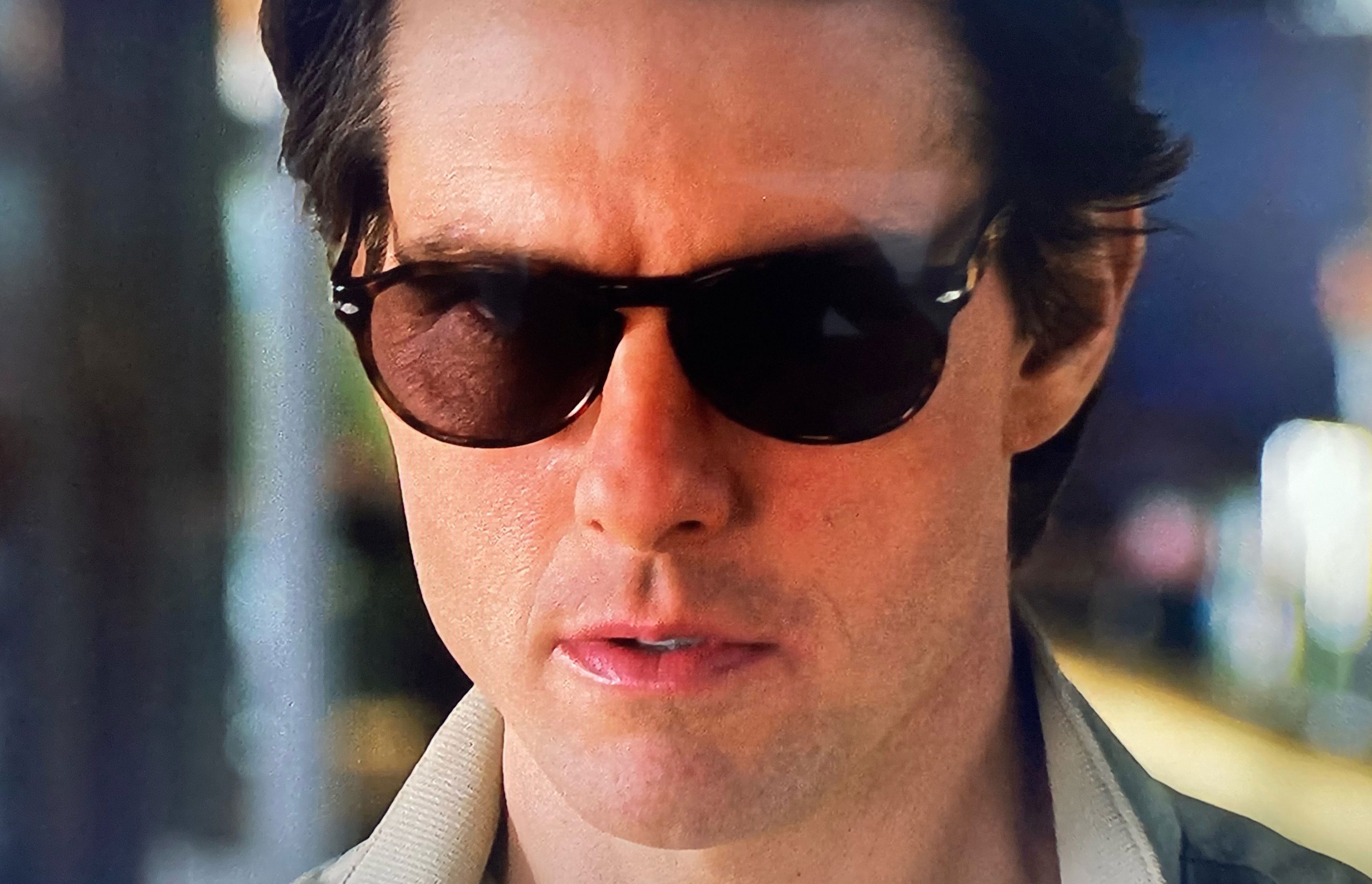 My buddy Remmert from SunglassesID has identified the sunglasses Tom wears in the film. He wears the new Persol 2931 sunglasses (Havana frame, brown lenses) when eyeballing Cameron Diaz in the airport and later a pair of Ray-Ban 3025 Aviator sunglasses with mirror lenses for various high speed chases.

According to this thread on Answers.Com, Roy later wears a J Crew Utility jacket in Faded Surplus for the car chase / kidnapping scenes. Something similar to this. There is also one on Amazon by Lucky Brand that is in the same vain. I’ve not managed to find anything on the J.Crew website that looks like this. 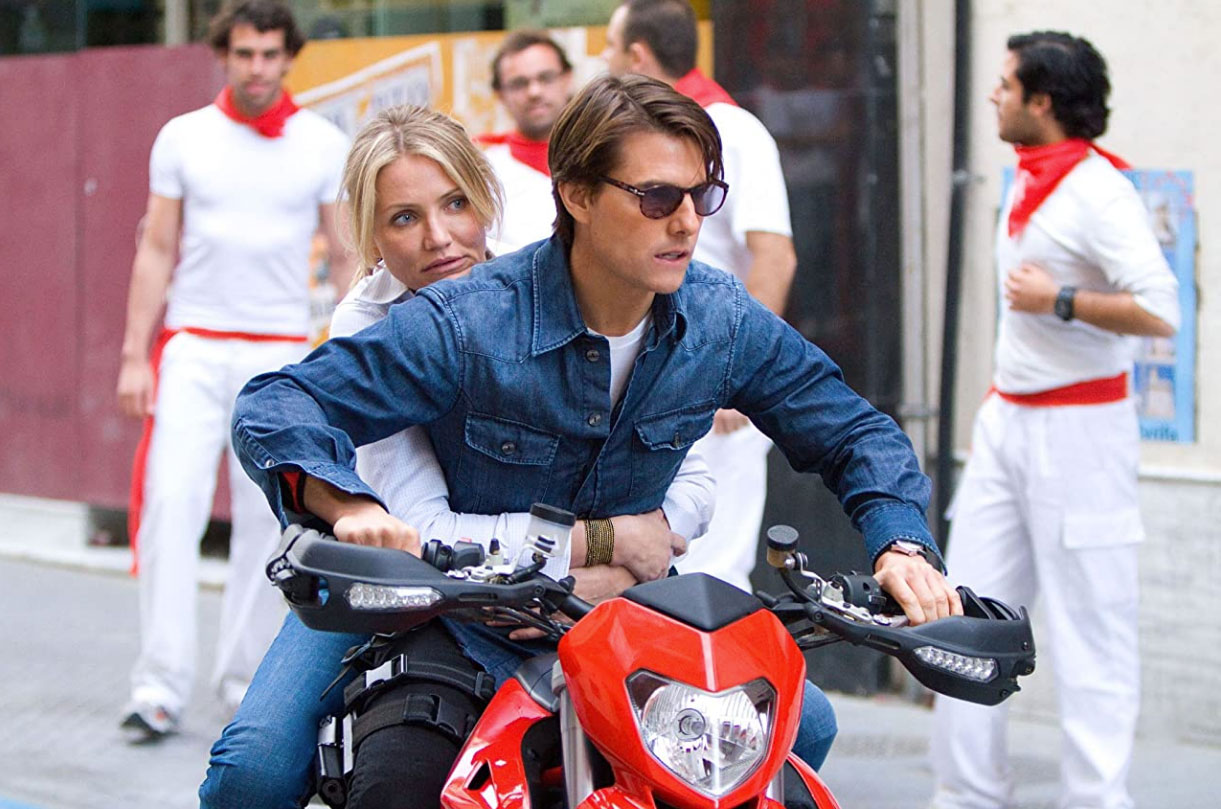 I love seeing Tom in a denim shirt. Again this thread Answers.Com site has suggested that this one is a ‘Levis Strauss 501 Original Straight Cut in Indigo blue’. Although the straight cut is a jean and not a shirt, so I think the reader was confused with the question. That’s not to say the shirt is not a Levi’s shirt, sans logo.

If you’re looking for an alternative then search for a western denim shirt as there is a yoke on the shoulders. Levi’s do the Barstow version in dark indigo but the matt finish is not the same. More or less every brand will do a denim shirt. Lee, Wrangler, Ralph Lauren etc. I’ve yet to find anything that has the colour spot on, with the western style front, and buttons that are not press studs.

The buttons on this shirt, like many garments, really set it apart. Side note – after catching my mate Darren Branch on Instagram wearing his custom denim shirt from Proper Cloth, I had a look at the site and found you could get something custom made in a albiate washed dark indigo fabric with a western front, with grey horn buttons that will get you closer to the original. See below. 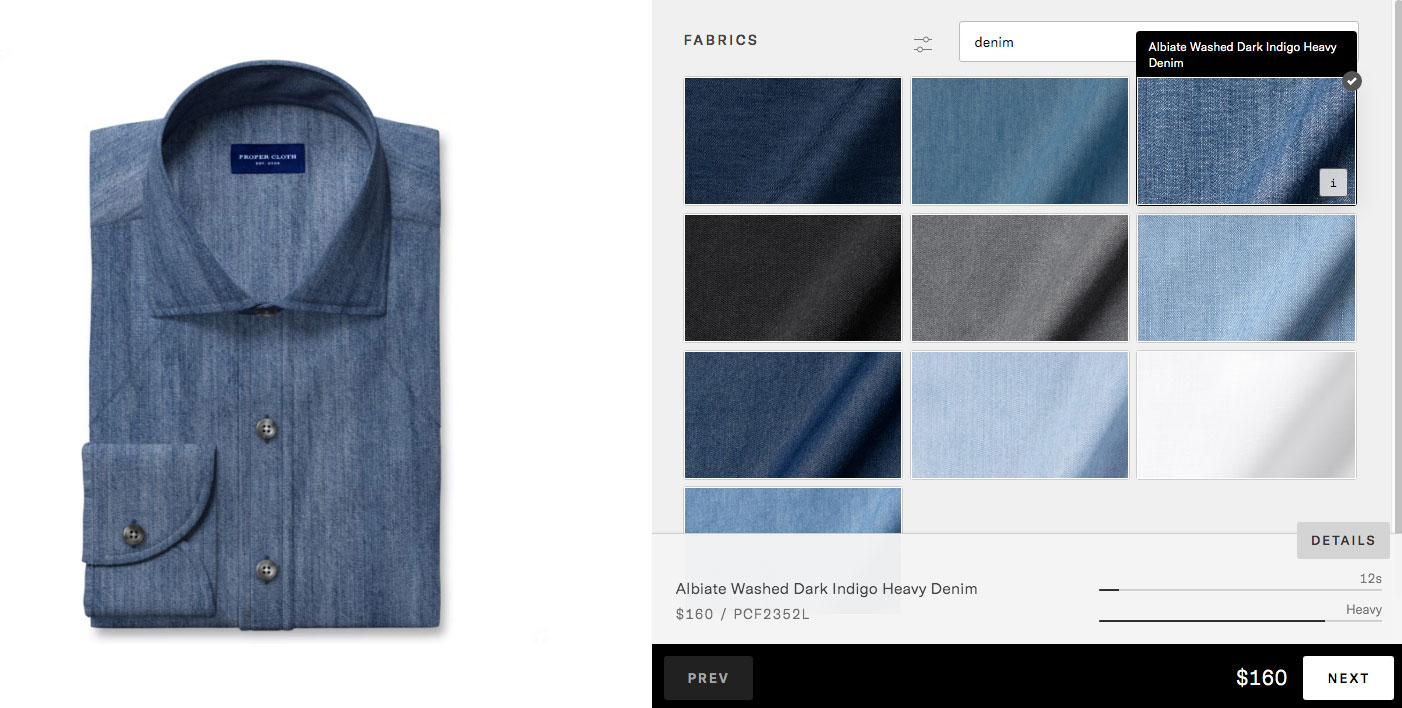 In research for this post of course I watched Knight and Day on Amazon Prime. The Blu Ray is currently also available to buy currently 3.80 GBP.