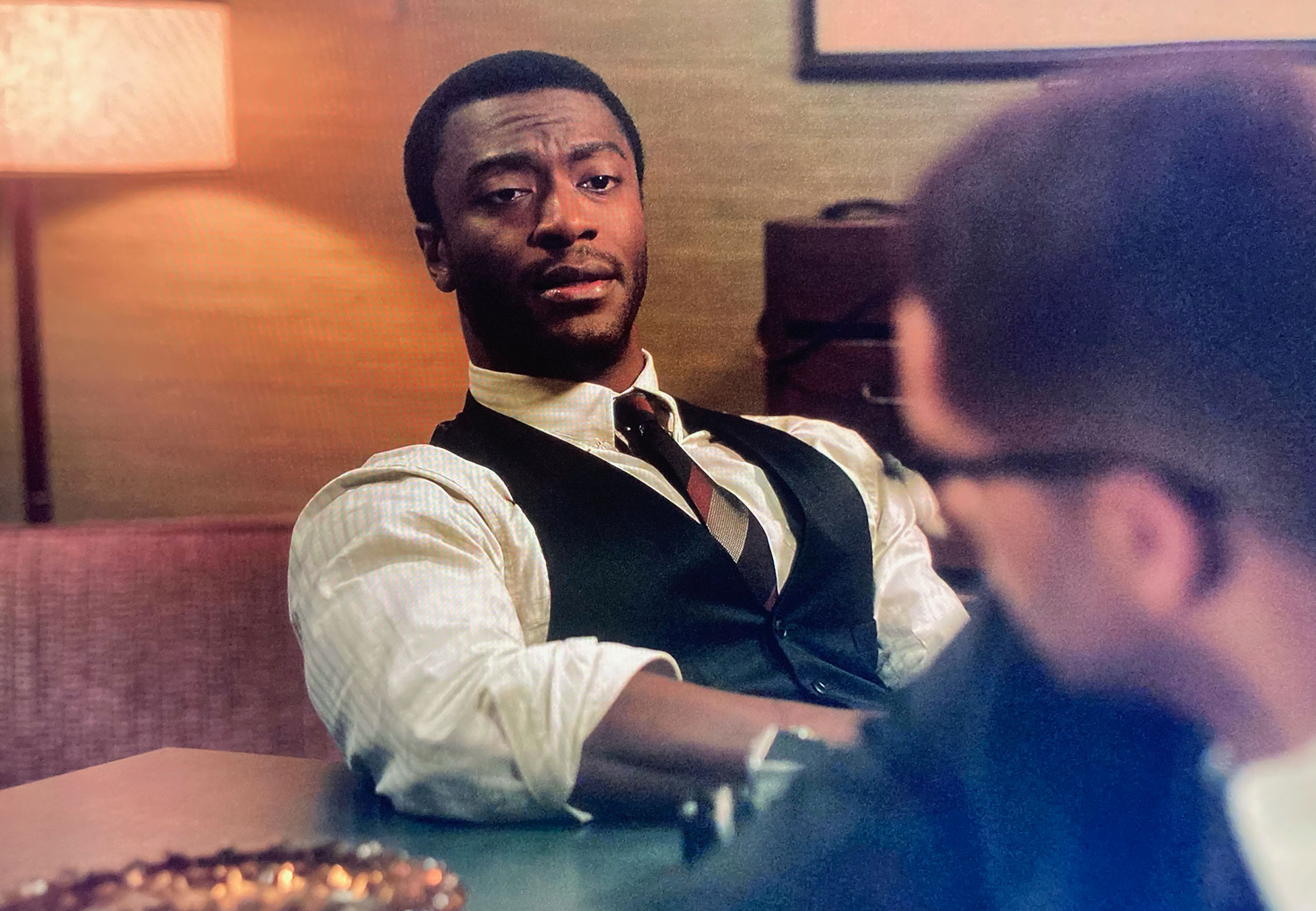 Jim Brown: Don’t you think it’s about time to party?

Here are some short excerpts transcribed from the interview with Key Costumer for One Night in Miami Juliana Hoffpauir which you can listen to on the podcast. (Links below). Also joining me is Nick Guzan from Bamf Style (BamfStyle.Com). You can also catch the interview with Juliana and Nick on our YouTube channel. 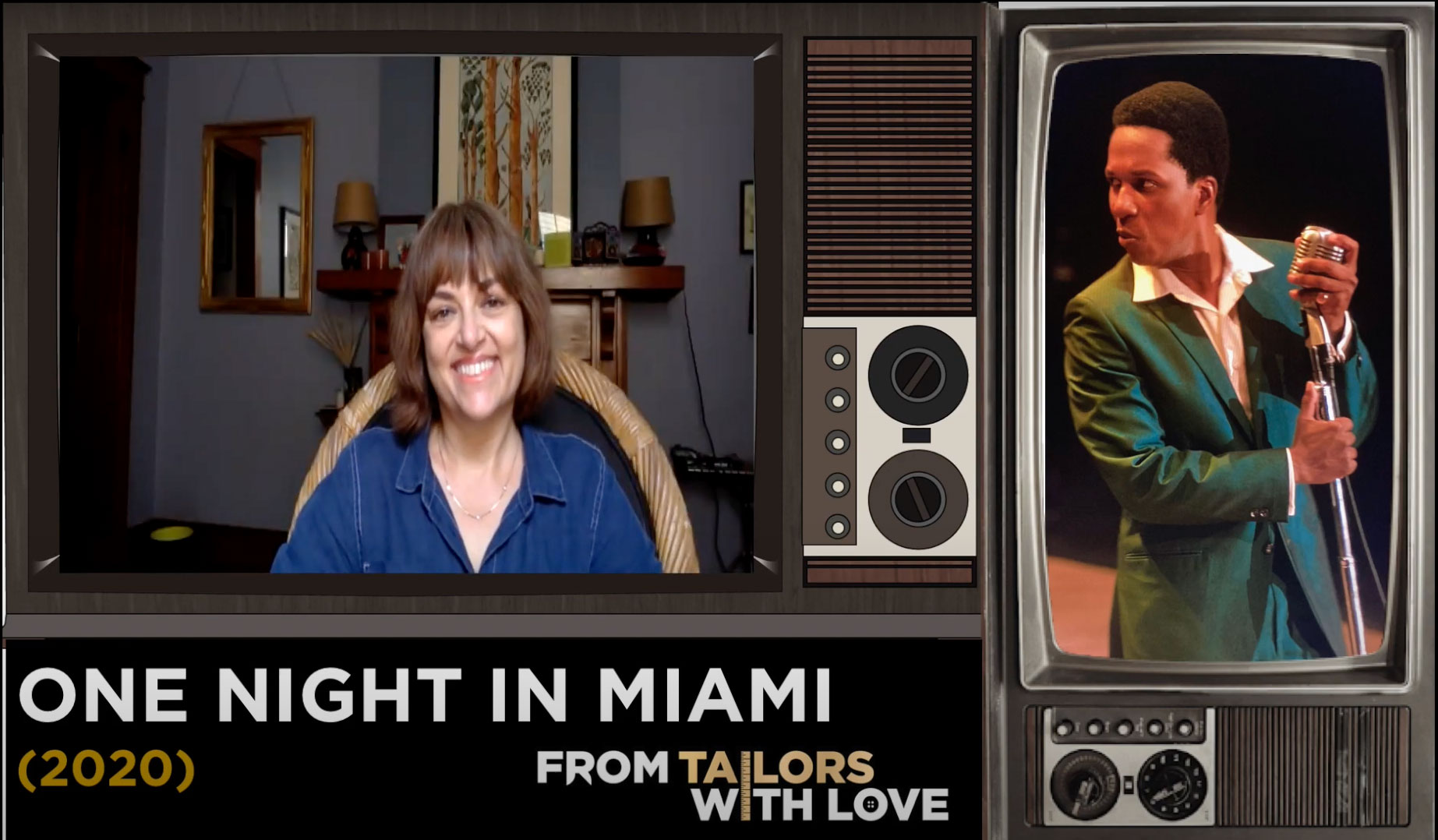 What was it like working on this film around the pandemic?

[…] It’s interesting to see what happening going for forward, the whole time of those months of fitting we were up in peoples faces tying their ties. We also don’t have mirrors when we’re fitting background, so they have a hard time tying their own ties. I guess its quicker that we do that.

We were fitting all of these background actors and this was when the virus was starting to spread and I got sick afterwards.

Why are there no mirrors when fitting the actors?

It slows down the process of fittings we have to go through so many people and keep on schedule. On One Night in Miami we fit 3 people every 30 minutes. […] Some people are quicker to fit, some people take longer. You can’t have a mirror in there and get all their opinions. You take the mirror away and you don’t have to worry about ay of that. 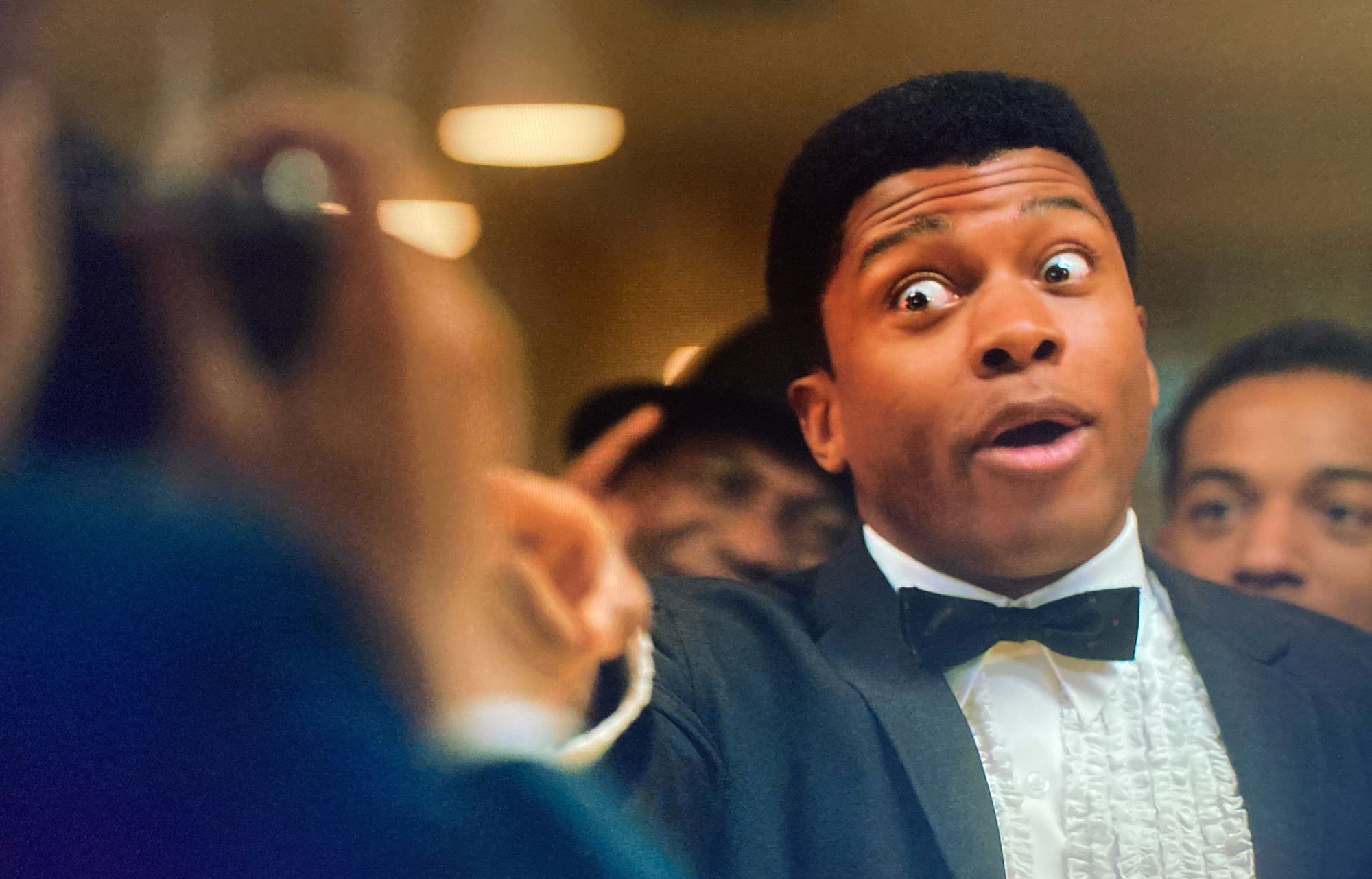 What were some of the bigger challengers working on One Night in Miami? And do extras get financially incentivised for bringing their own costumes?

The biggest challenge is when you don’t have to time to fit all these people and it’s a period show and then you have all these people swarming in. Some times extras casting have that where they give them a bump in pay (for coming well-dressed). A lot of people don’t really understand what you’re asking for. 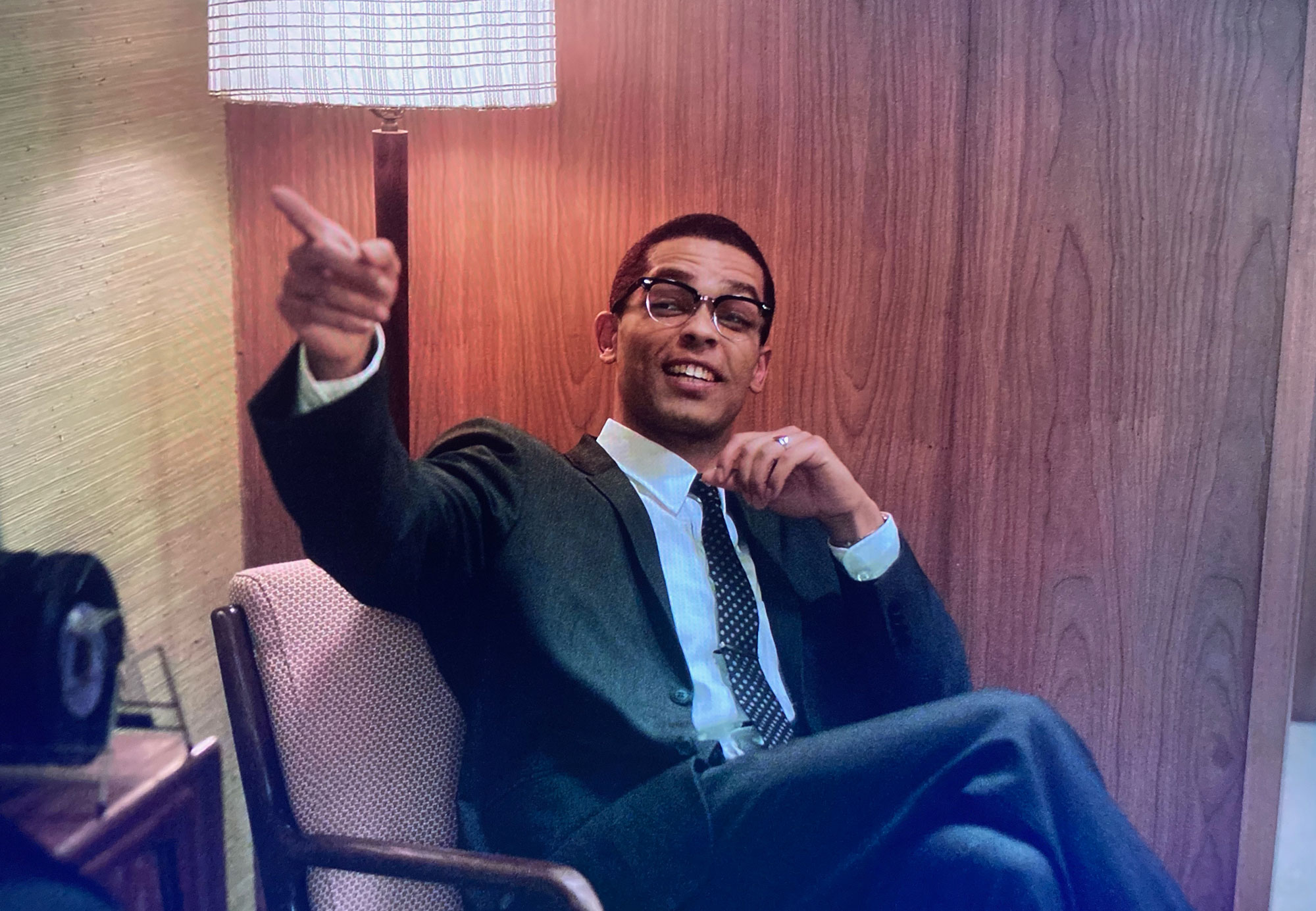 What was the reaction on set when seeing Leslie Odom Jr. perform A Change is Gunna Come?

I missed that. I believe they only did that in one take […] thats what I remember them saying. 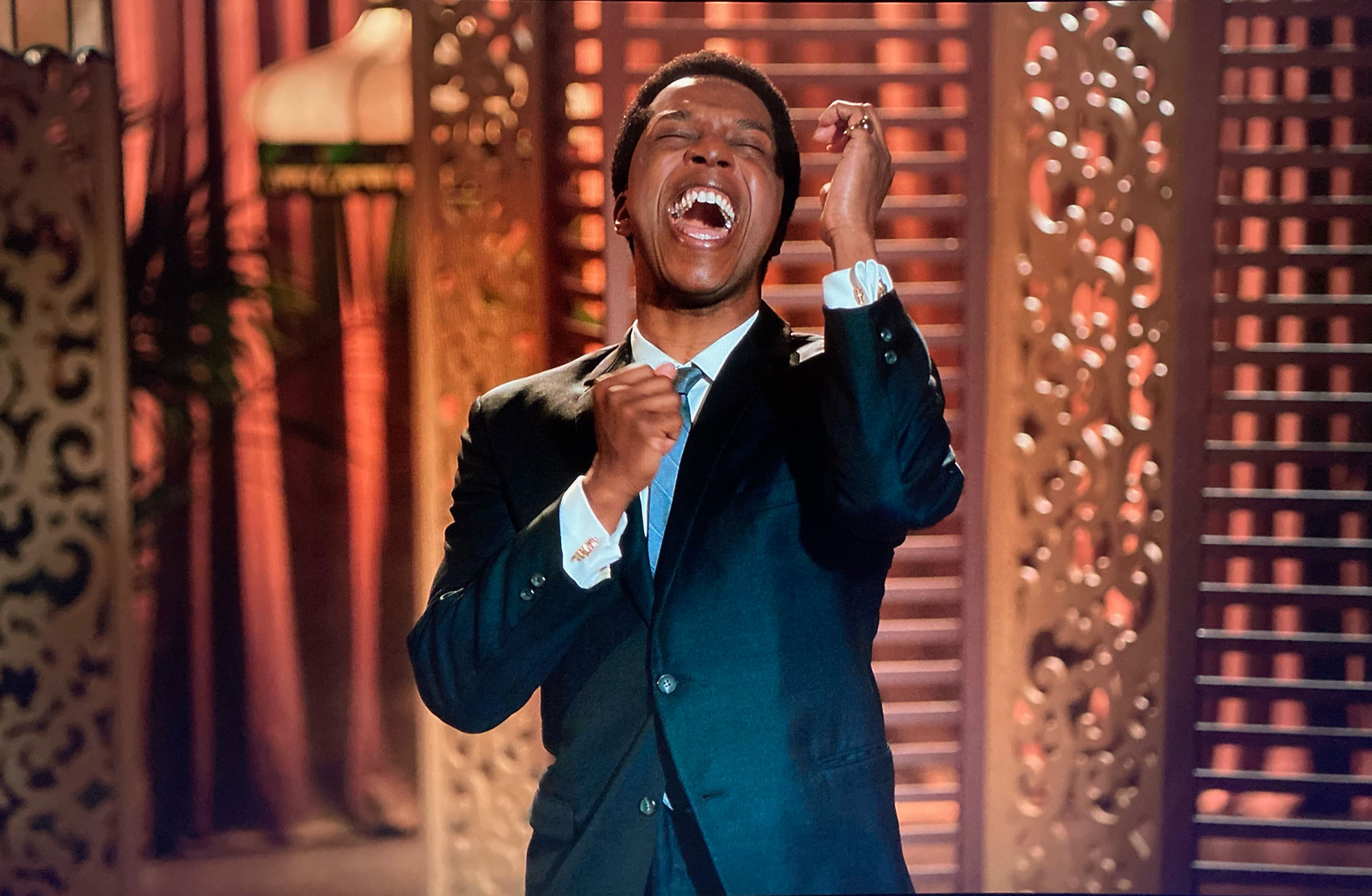 The full interview with Juliana Hoffpauir and Nick Guzan is available to listen in the player below or on iTunes, Stitcher or Spotify. Don’t forget to leave a review on your smart phone.

Sam Cooke did would dress in an ivy style and that was his gateway to finding that individualism a similar trajectory to Miles Davis who started dressing in IVY and that evolved that into something their own.

Read more about the style of Sam Cooke and the wine coloured suit Leslie Odom Jr. wears in One Night in Miami on Nick’s site here.

All screen grabs in this post are the copyright of their respective movie studio and are reproduced here under the Fair Use doctrine. 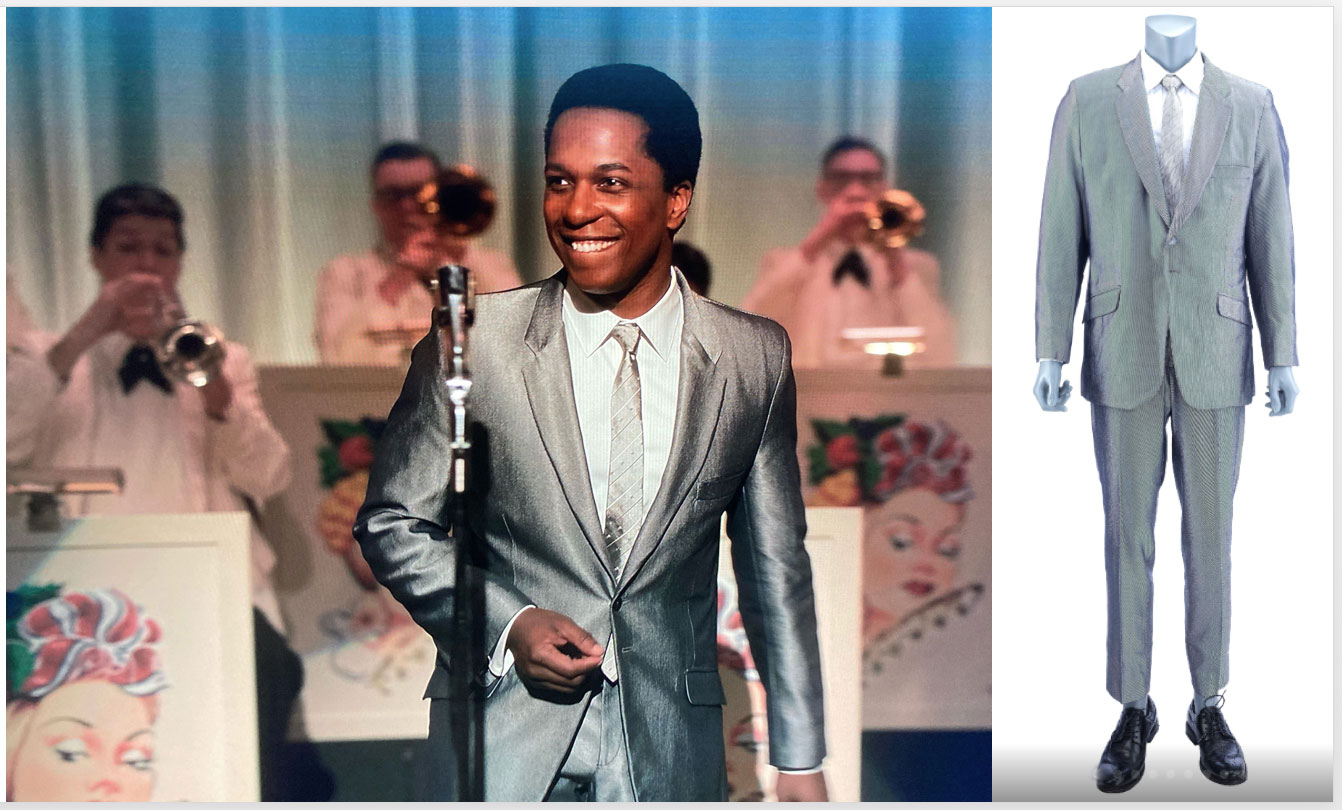 Sam Cooke’s (Leslie Odom Jr.) Copacabana costume has come up for auction. The shirt is by Anto. The listing describes it as below.

One Night in Miami is available to watch in HD on Amazon. Next on my reading list will be You Send Me: The Life and Times of Sam Cooke by various authors.