‘You never win with violence. You only win when you maintain your dignity.’ Dr. Don Shirley – Green Book. 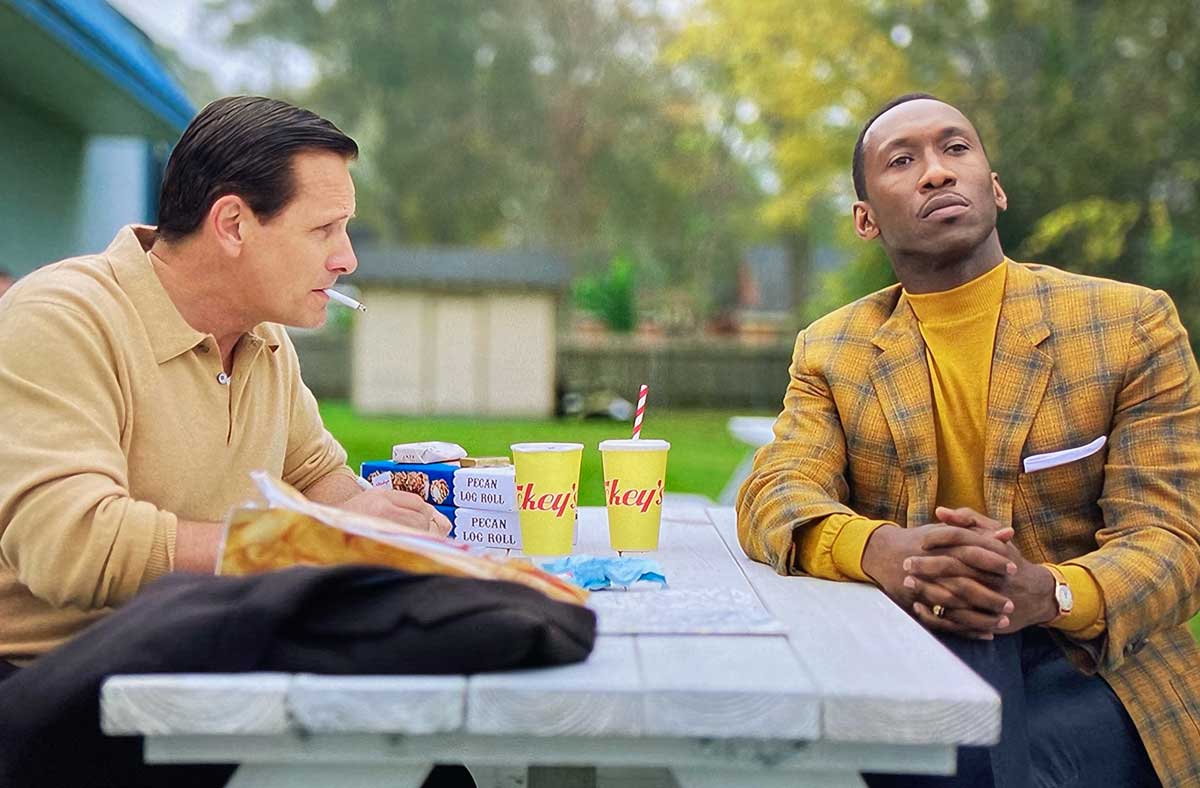 I think Viggo Mortensen – I think fighting naked in Eastern Promises. The brutality of that fight is savage. It’s also the reason why I sleep naked. Should I get burgled in the night and a fight ensues, it gives the perpetrator one more thing to think about. I digress.

Here in Green Book, Viggo perfectly balances his set-in-his-ways machismo and finds new acceptance in a climate of adversity and blinkered minds. All done with the help of the elegance of Mahershala Ali. I loved this film. I also rekindled my love with Kentucky Fried Chicken. 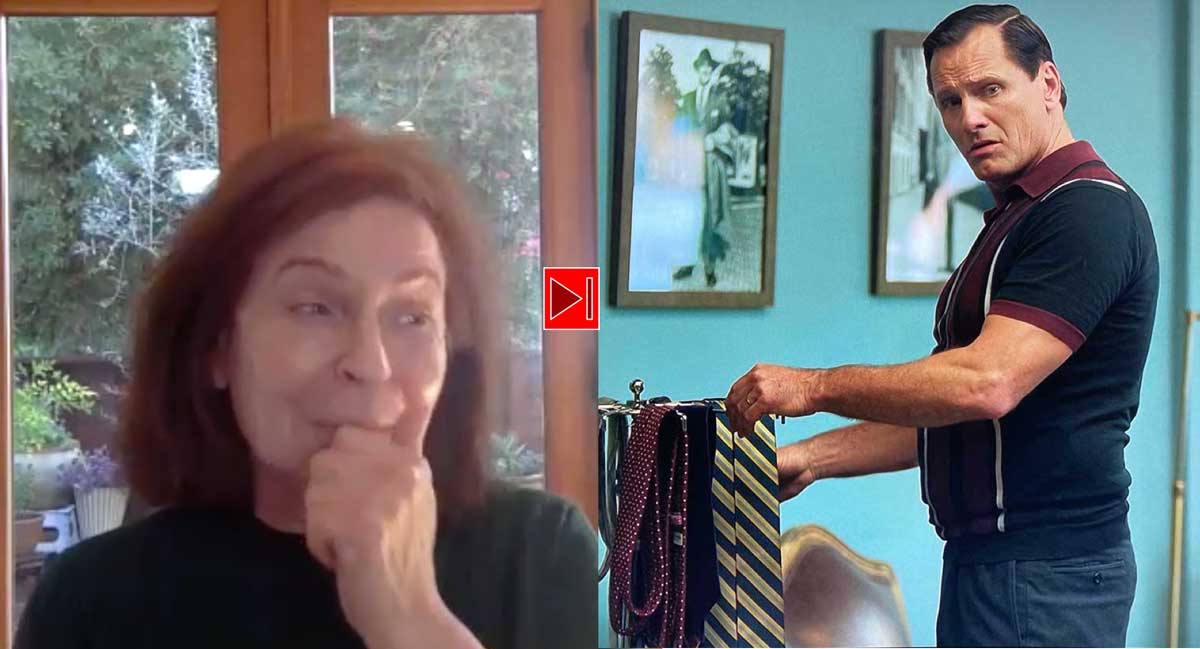 Today we are talking about Green Book. I’m going to talk to the costume designer Betsy Heimann about what it was like tailoring Viggo Mortensson as Tony Lip and Mahershala Ali as Don Shirley.

Also joined by Christopher Laverty, editor of Clothes on Film and editor of Fashion on Film. Below are some quotes from Betsy, transcribed from the interview. 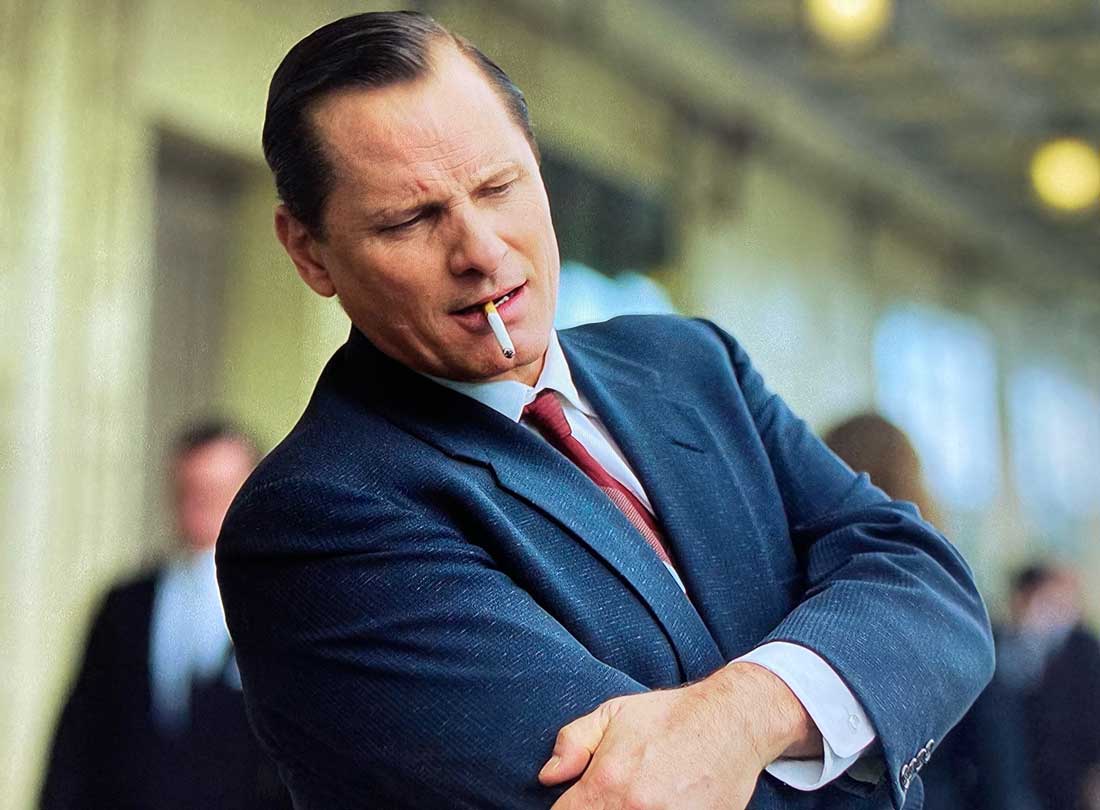 On that letter writing scene

The mustard was beautiful with his (Ali) skin tone, and there he was with a very sophisticated colour palette. But then there was Viggo, very unsophisticated and that 3 button cashmere polo belonged to his grandfather. 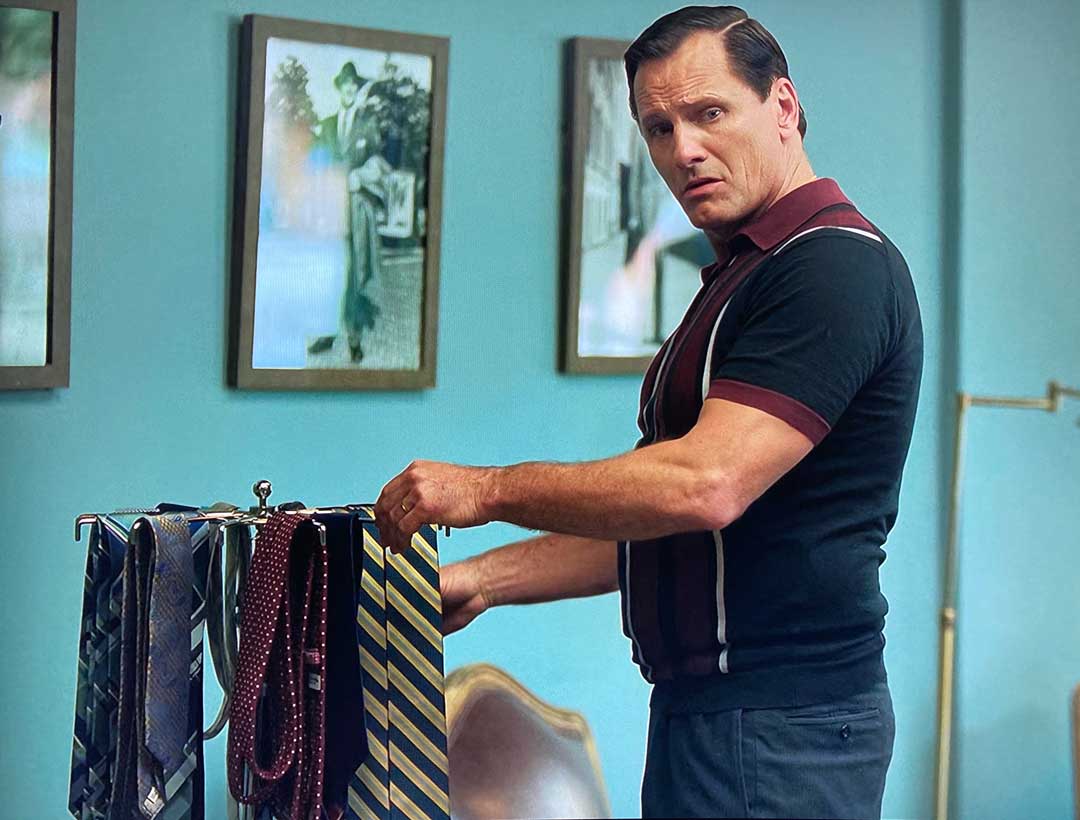 On working with Viggo Mortensson

He (Viggo) was on my bucket list and I was in shock that something on my bucket list was actually going to happen. I got his measurements and he gave me his real measurement. And then Nick Vallelonga uncle sent me a picture, look here I am with my brother and Viggo in front of our restaurant in upstate New York and Viggo was as big of a house.

This guy is not a 31-32 waist, this guy is a 38 waist. This was a preliminary fitting, I was saved by this photograph. I got to tell you, he brought some things from home, very politely brought some ideas. Then he did at the end of the film comment – ‘thank god it’s you’.

He is such a professional, I used a lot of real vintage tops on him. I used all money on Mahershala, all those knits were knitted. The minute I put the camera he became Tony Lip and the wardrobe stills are gorgeous, the two of them, what an opportunity for me. 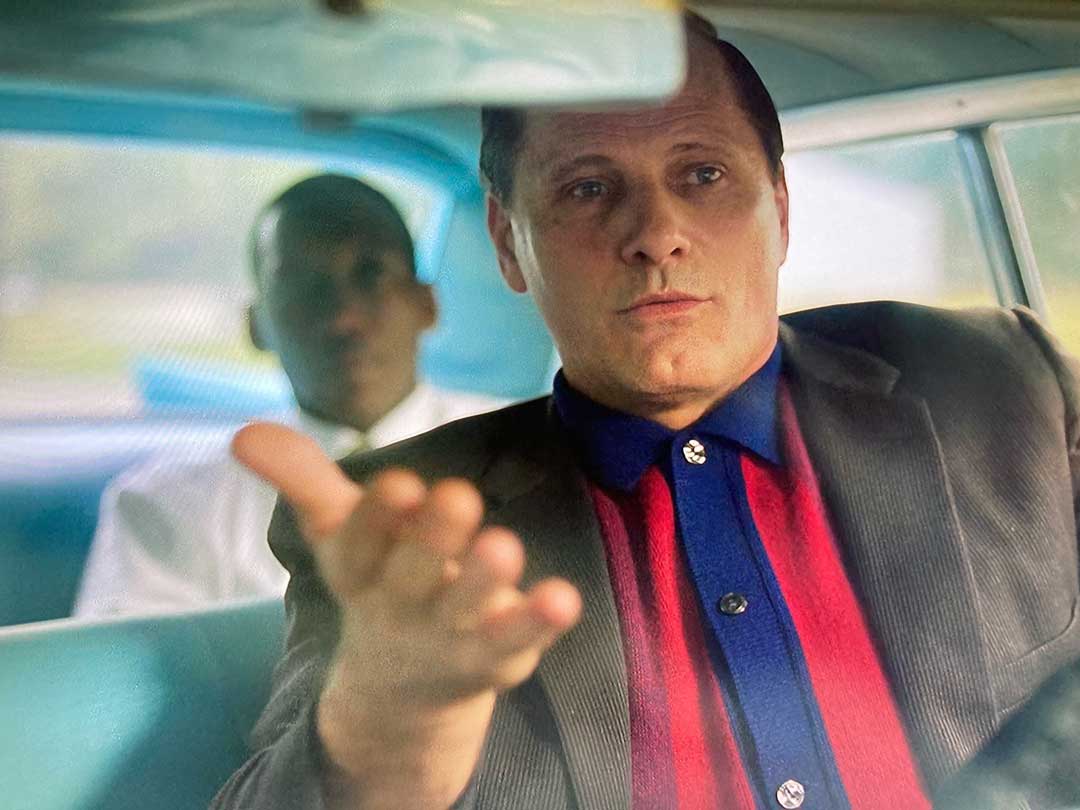 On creating the style for Mahershala Ali

It was the opportunity of a life time. Him in that argyle that was a very jazz kind of sweater. You’re not going to find that. A little lady in my neighbourhood knits them, for me, whatever I want. 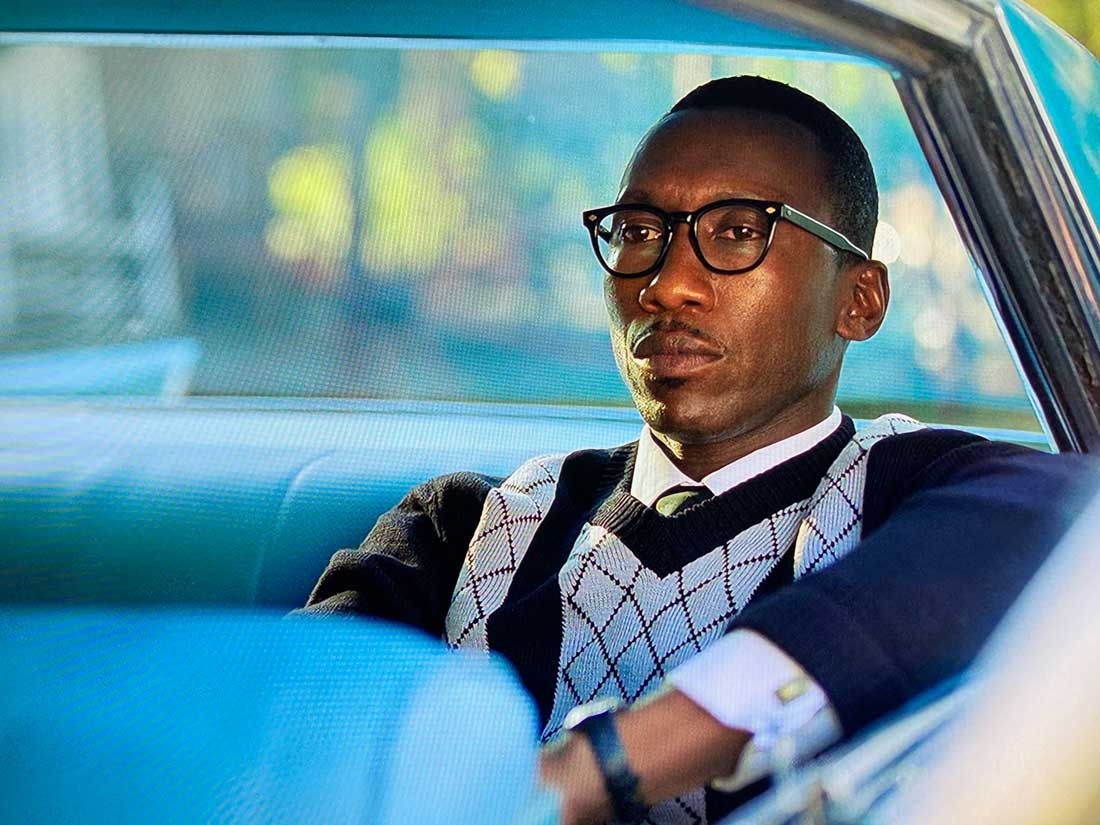 How did you research the costumes for each character?

I had the letters, I drew on that to begin with as well as research form that period. There wasn’t as much information about Don Shirley, most of what I could find were a few album covers of his, that gave me a little bit of flavour, and I did a lot of research, his contemporaries in the jazz world.

Miles Davis – these guys were very stylish. Its people that are enamoured with that preppy look but they’ve got a little more sense of style and colour, those were my references. It’s never for me get the Sears catalogue. Its more about the world that the movies are existing in. 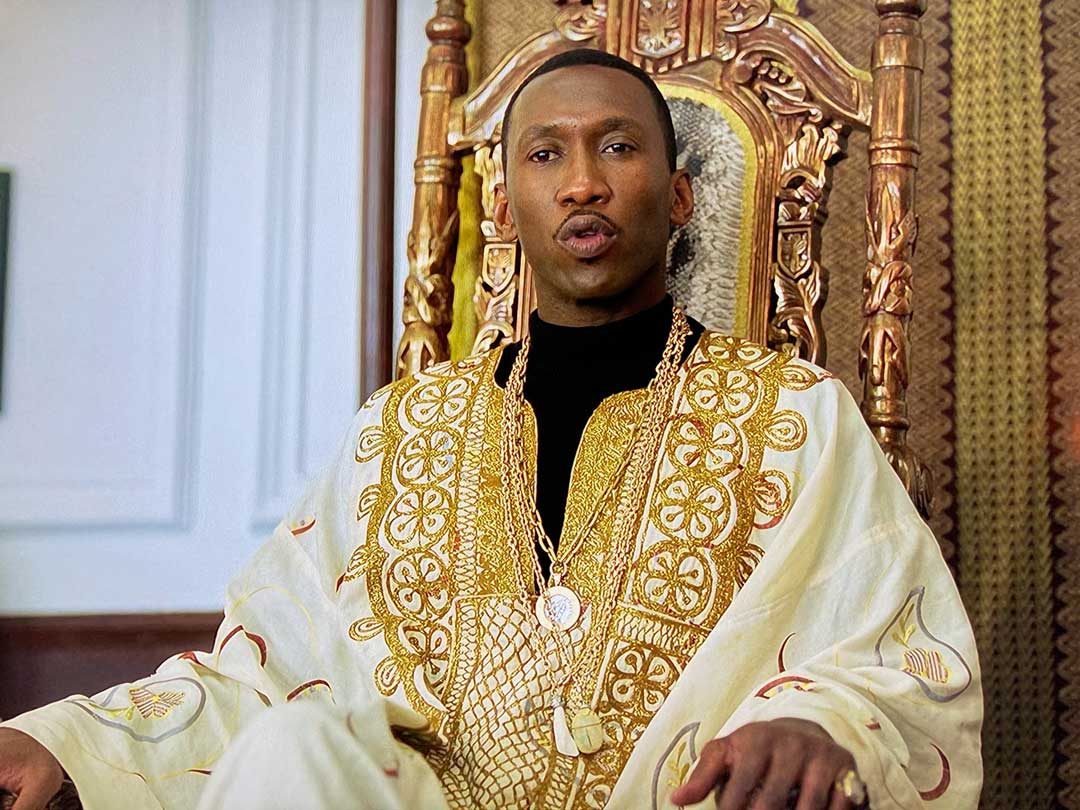 The full interview with Betsy and Chris is available to listen in the player below or on iTunes, Stitcher or Spotify. Don’t forget to leave a review on your smart phone there to get a ‘thank you 007’ on the podcast.

A pencil sketch of Mahershala Ali as Don Shirley is now available through our Red Bubble store. 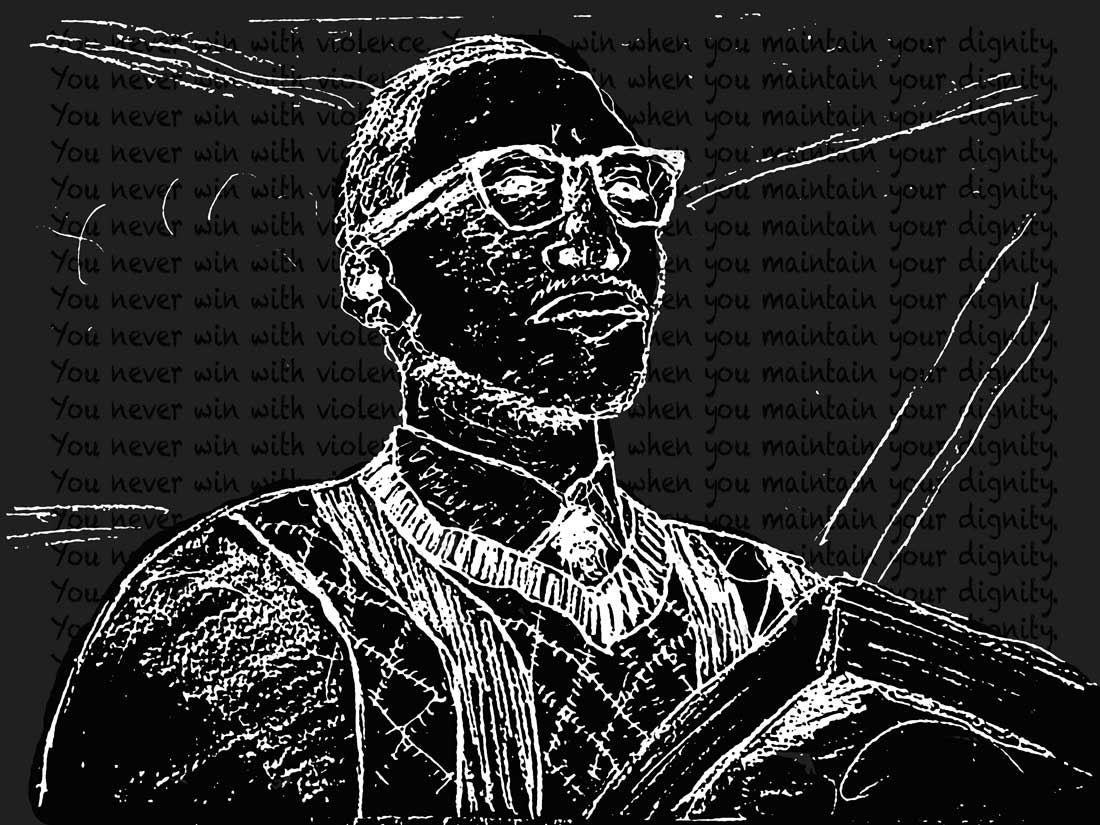 You can check out Betsy’s portfolio on her website here. And you should also check out Christopher Laverty’s blog as he interviews Betsy on her work in Godless. You can read that interview here.

Green Book, based on the book The Negro Motorist Green-Book by Victor H. Green, is available to buy on Blu Ray. Next on my playlist will be The music of Don Shirley.