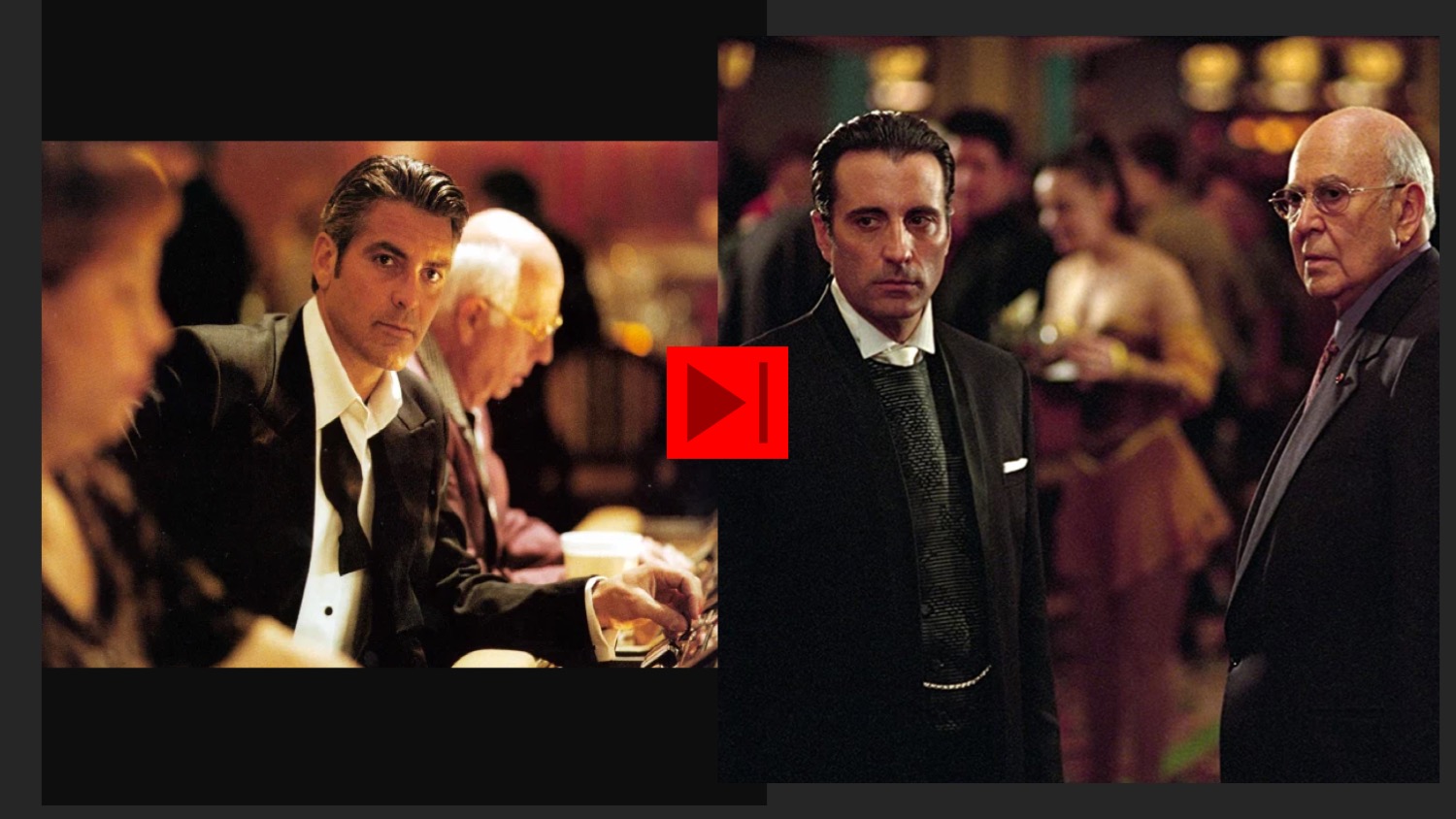 In an interview Jeffery Kurland comments on the inspirations for the costumes. (Loosely transcribed).

Inspiration came from the original that was the original look back in the 60s. He (Soderbergh) wanted them to sparkle. Danny Ocean is at the top of the pyramid where everything trickles down from, the catalyst to what everyone else dresses like. 5 different men come together, they form a group, the clothing has an arc, the palette has to melt together at the end.  Everything in the film was handmade, even the ties. And the ending line was improvised about Clooney being the groom and Ted Nugent wanting his shirts back. 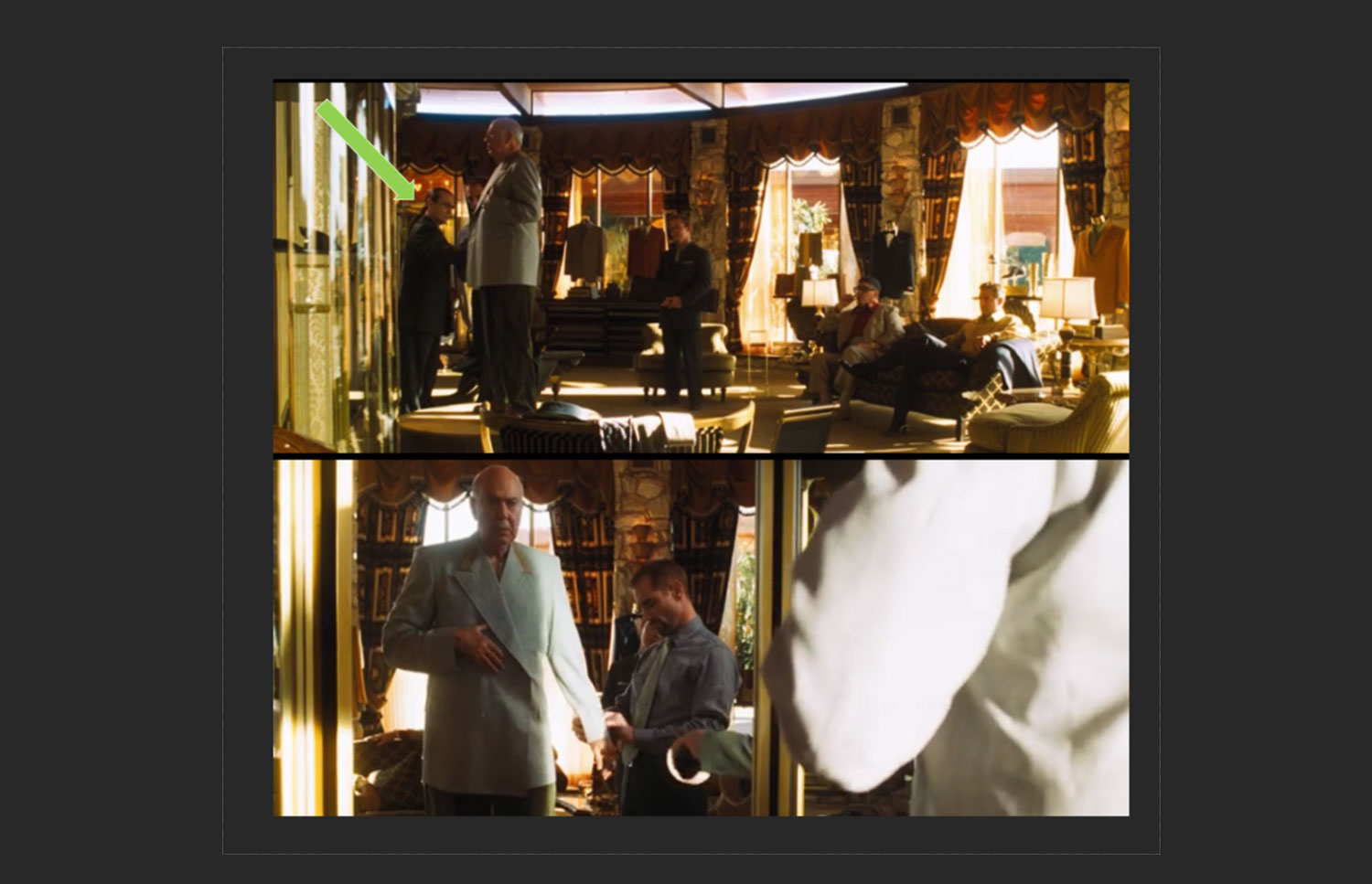 Andy Garcia’s costumes really steal the show. Outside of Clooney doing Clooney and Pitt doing Pitt schtick, the actual real centrepieces from a costume perspective come from the Andy Garcia character Terry Benedict. As the owner of the casino in which Danny Ocean and his gang look to heist, Benedict must show eccentric wealth, and that exudes through his wardrobe. The round neck asymmetrical waistcoat, that looks to have a honeycomb pattern made in mesh-like fabric, is almost indescribable.

His wing tip collared shirt that he wears with a tie. It’s these zany touches that Kurland has afforded the Benedict character to distinguish him. The long tail coats that splay in the wind when he walks omits an aura of superhero status. Yet it’s the typical nehru collar textured-woollen coats that give that subliminal Bond villainy. 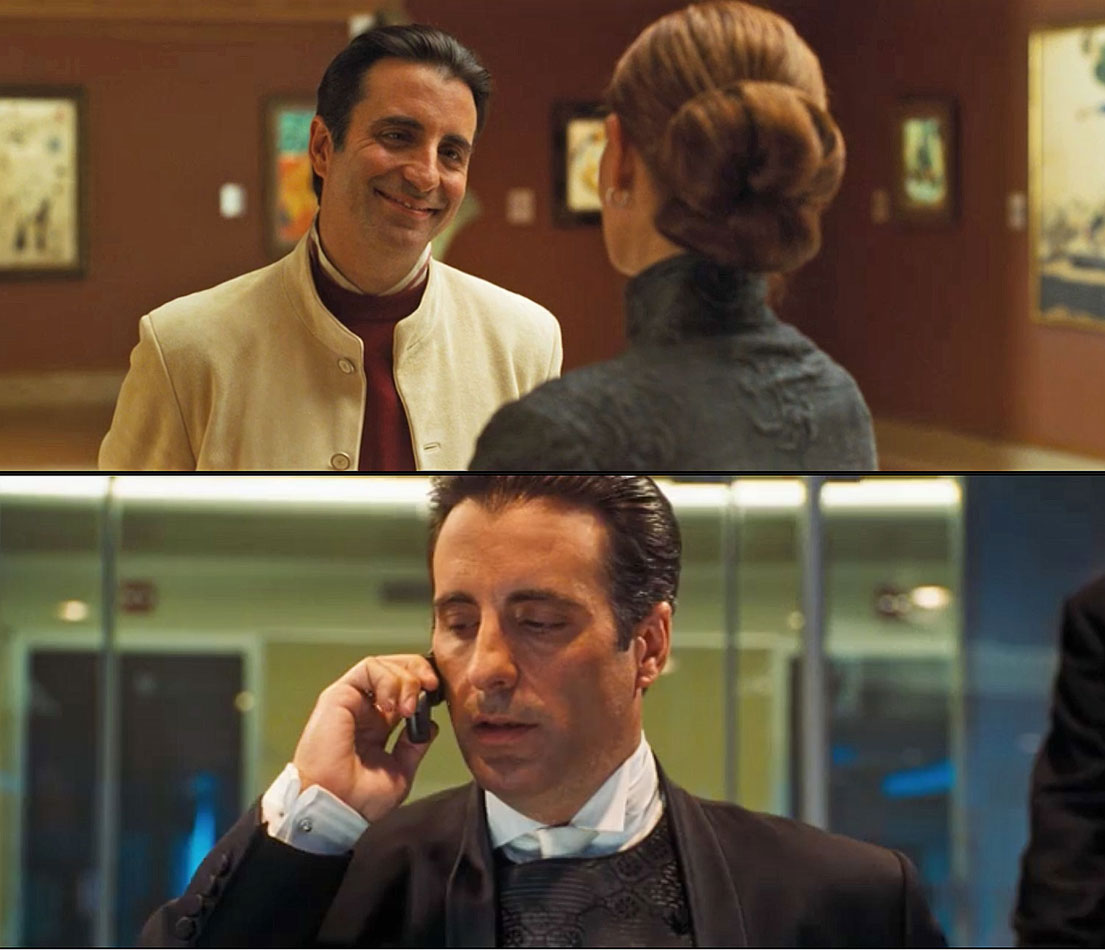 Thanks to Ken Stauffer on Instagram we know that Dennis Kim is Jeffrey Kurland’s go-to tailor today, but back in 2001, Dominic Gherardi made these suits. Some of the shirt fabrics that Anto Shirts supplied to the main actors (including the snake skin one Brad Pitt wears at the end) are obviously no longer available. However, they have close substitutes for most.

All the details about the collar and cuff styles and measurements are on file, and they recently pulled them for me (Ken) for reference. You can self measure with their form or send them an existing shirt to take the measurements off of. The shirts are all pretty much $400 a pop.

Joining me on the podcast to discuss Ocean’s Eleven (available to listen on iTunes, Stitcher or Spotify or in the player below) is menswear enthusiast Ben Waters. You can also catch our chat on YouTube.