Filmography: King Arthur Legend of the Sword, The Dark Tower, The Woman in Black 2.

I’m talking to the Costume Designer for Night Watch Annie Symons. Annie talks about how she got involved with the film and what it’s really like working with Pierce Brosnan in his last film before Bond. Below are some transcribed moments from this weeks episode. 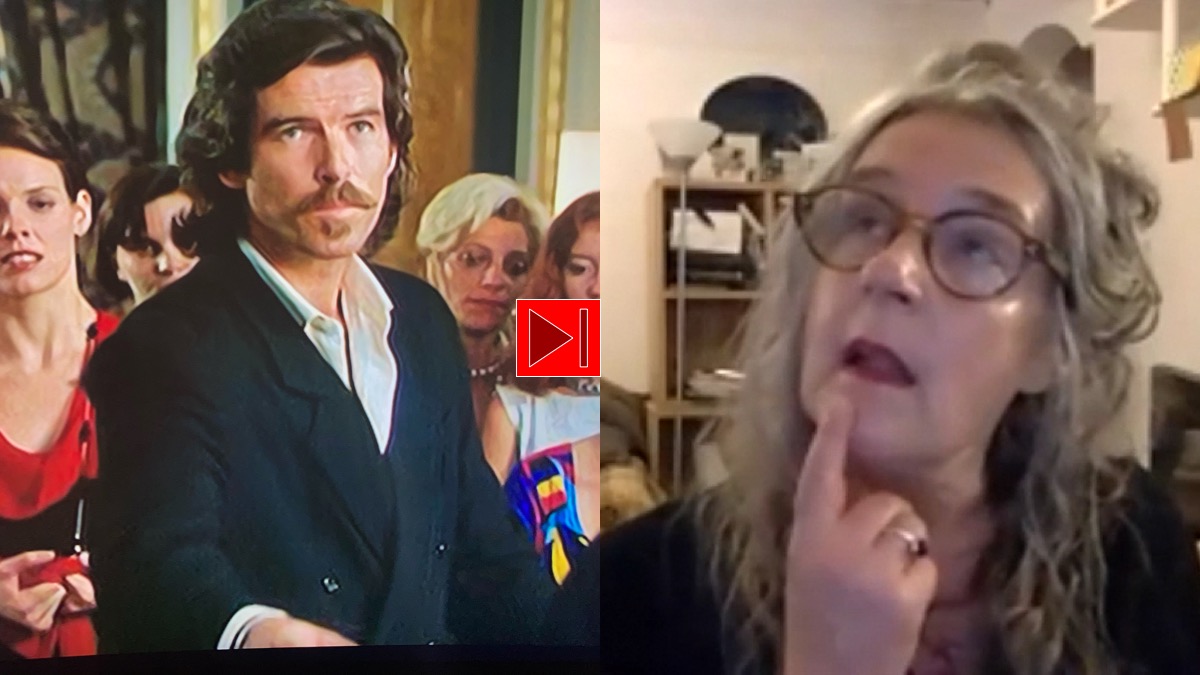 Catch the video interview with Annie Symons on our YouTube channel

What was it like to work on Night Watch?

It was a real adventure a real eye opener actually, because it was quasi Bond in its intention. It was full of adventure, multi national we were travelling all over the world. I was getting on plane with 36 suitcases, much to the upset of the producers who had to pay excess baggage on it all.

What was it like to work with Pierce? And which brands and tailors did you use to cloth him?

He has a natural elegance and poise and naturally looks good in anything. Where did we go Zegna? Ermenegildo Zegna also Armani because of their classic elegance. It’s funny looking back I see how big the shoulders were. 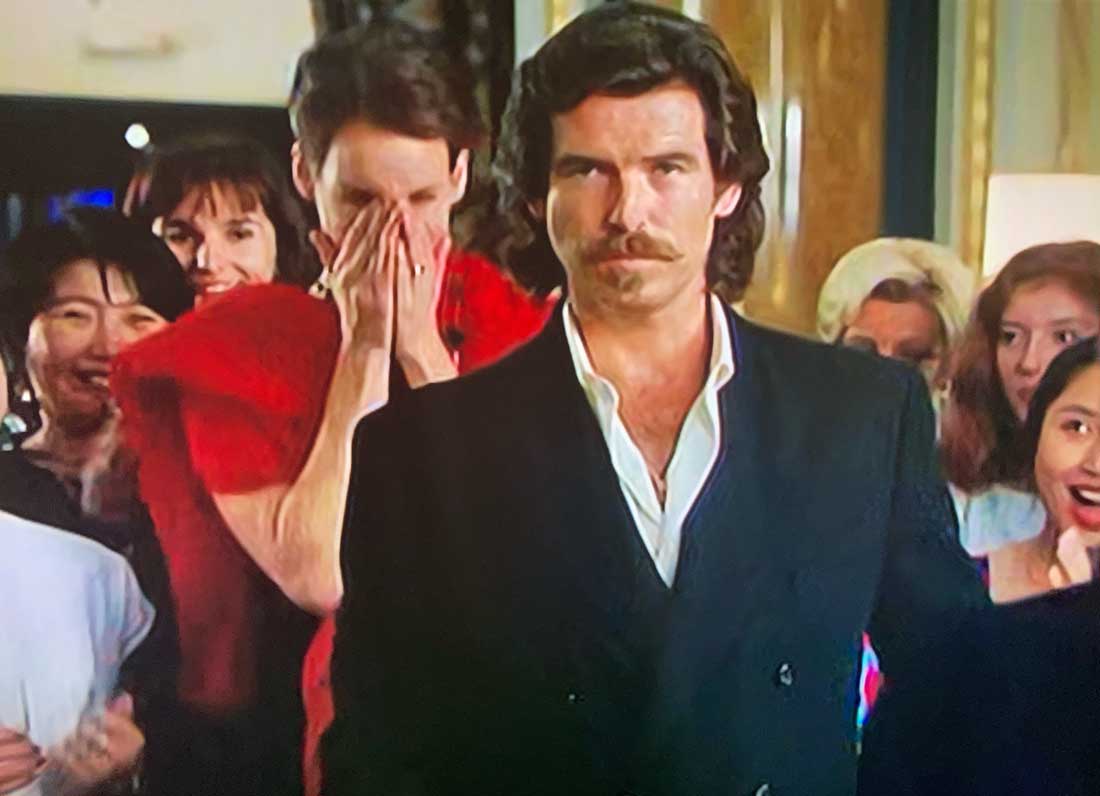 That was just part of the vocabulary at the time. I thought oh my god those shoulders look big, he wears it well and he looks super cool. I think Zegna because of the elegance and Italian cut it suited his casual and elegant approach to things.

AND cool wool, super fine wool. You wouldn’t go for English wool and tailoring. I love english tailoring I think its beautiful but it wasn’t right for him in this. And it kind of had an international feel about it, you know it was very elegant and simple.

Did Pierce do his own stunts?

Pierce was amazing, he did all his own stunts on that. He was really super focused, super professional. In Hong Kong we had this enormous motorbike stunt guy and I said to him, ‘you don’t look anything like Pierce’. Where am I going to get 3 times of the size of the jacket I bought? So Pierce said ‘I’ll do it, I’ll do, I’ll do it’. 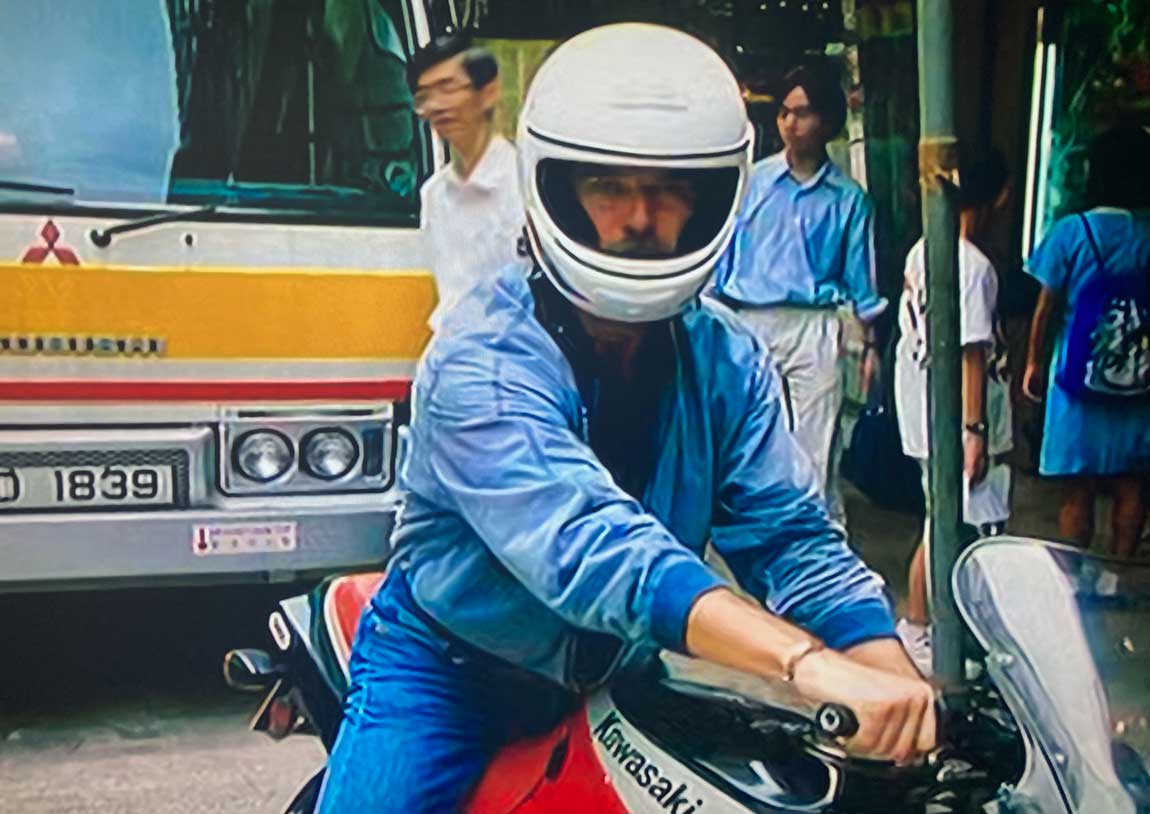 The full interview with Annie Symons is available to listen in the player below or on iTunes, Stitcher or Spotify. Don’t forget to leave a review on your smart phone there to get a ‘thank you 007’ on the podcast.

The video watch seen throughout the film has been identified as a Vintage Citizen Digital Diving Watch Model Promaster Aqualand. Available through ETSY for 758 USD.

Thanks to Remmert from Bond Lifestyle for the help and you can check out his WATCH ID website to learn more about watches featured in the movies. 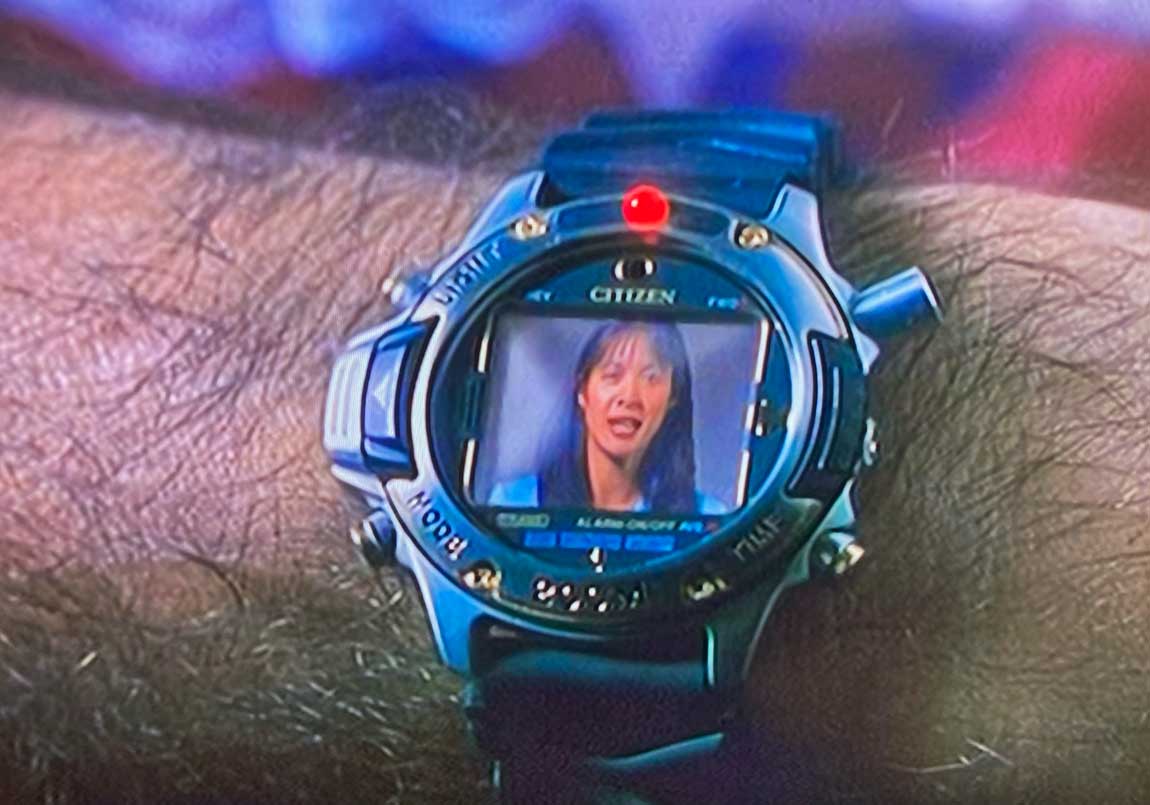 A struggle to find any props or original costumes from the movie. No posters neither. However, the one below on eBay is available along with some other snaps for around 12 bucks. 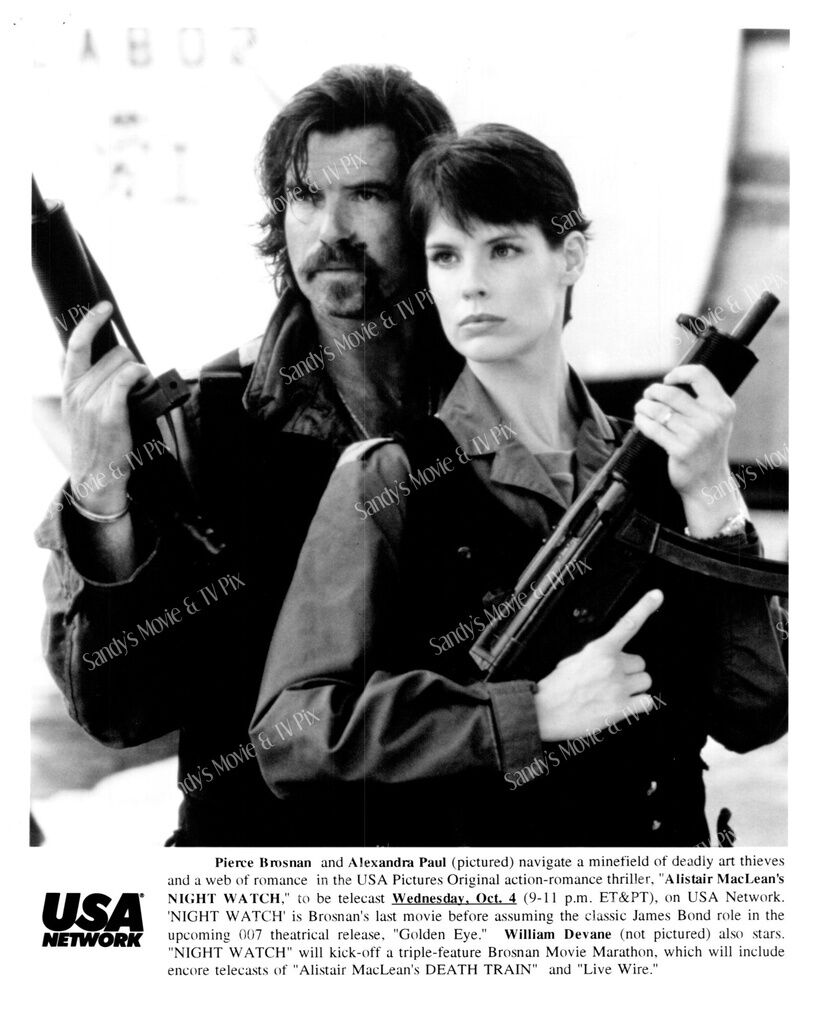 A pencil sketch of Pierce Brosnan in Night Watch, holding a gun looking sexy, is now available through our RedBubble store. 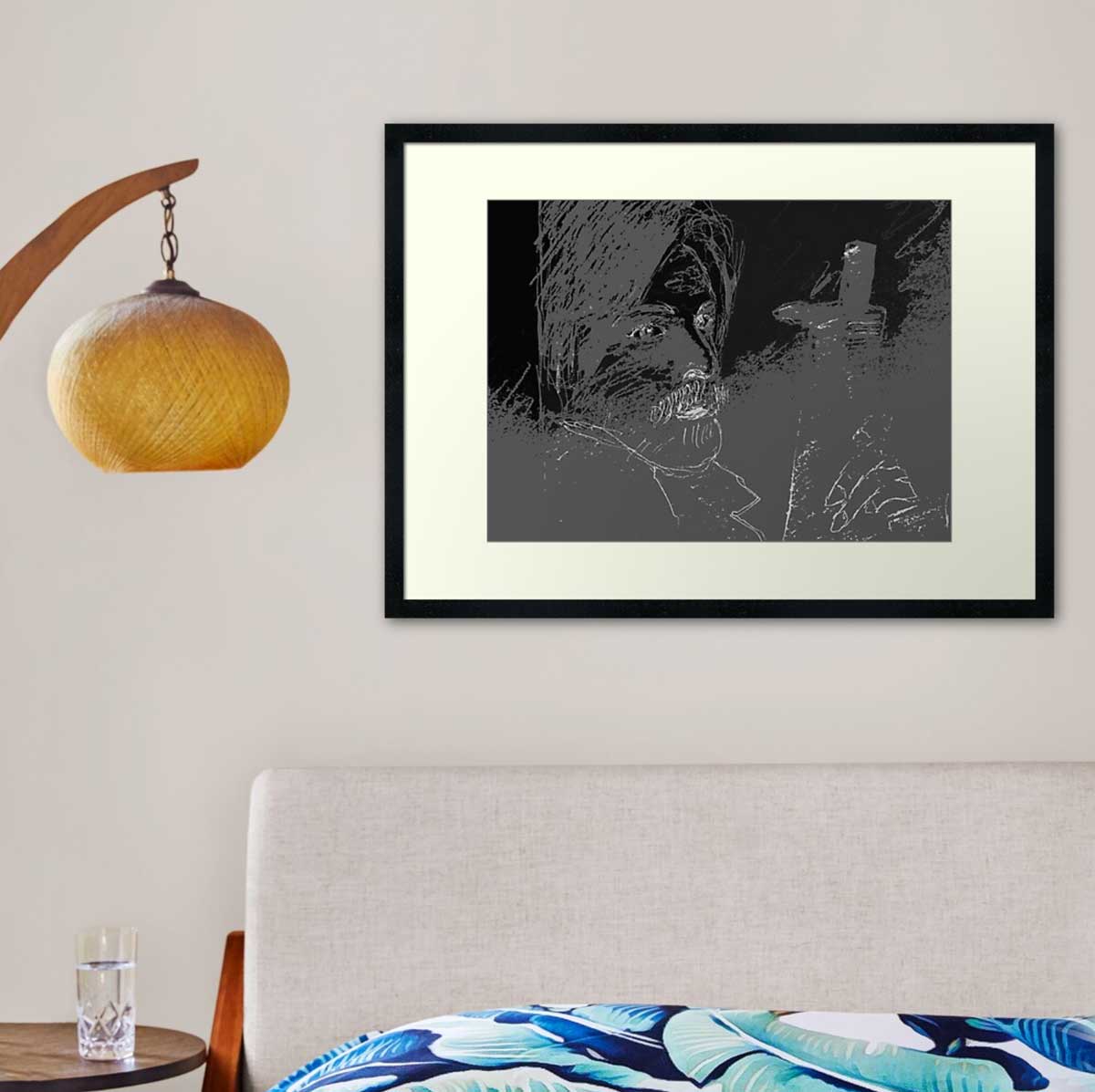 Pierce Brosnan – ‘I still have the Suits from Goldeneye’

Pierce did all his own stunts. We had this enormous motorbike stunt guy & I said to him, ‘You don’t look anything like Pierce. Where am I going to get 3 x the size of the jacket I bought?’ So Pierce said ‘I’ll do it, I’ll do it, I’ll do it’. Annie Symons C.D for Night Watch. pic.twitter.com/ke1ddt9Nrv

An eagled eyed member of the community has spotted that Pierce may have kept hold of one of the ties from the film for his inaugural James Bond press conference. 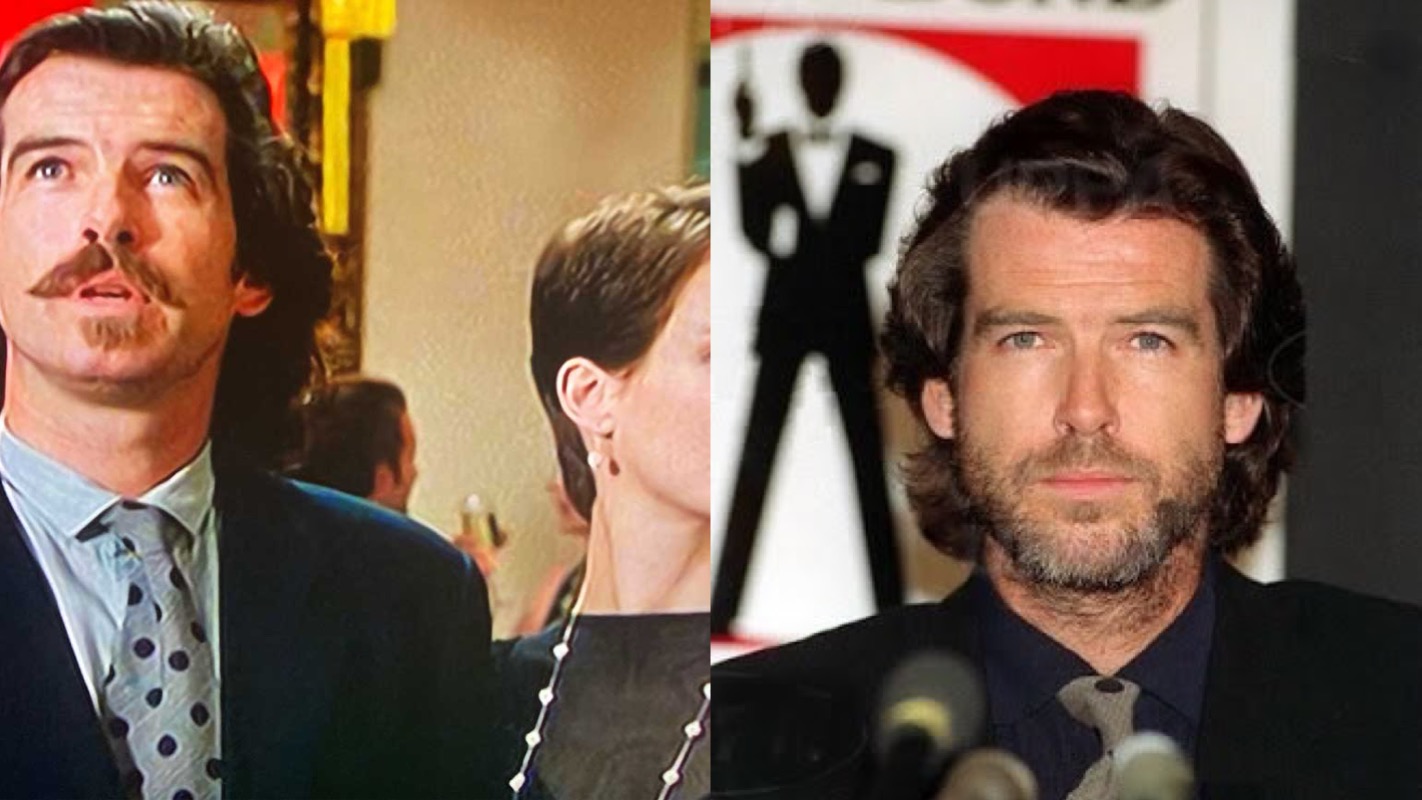 Night Watch is available to buy on Amazon.