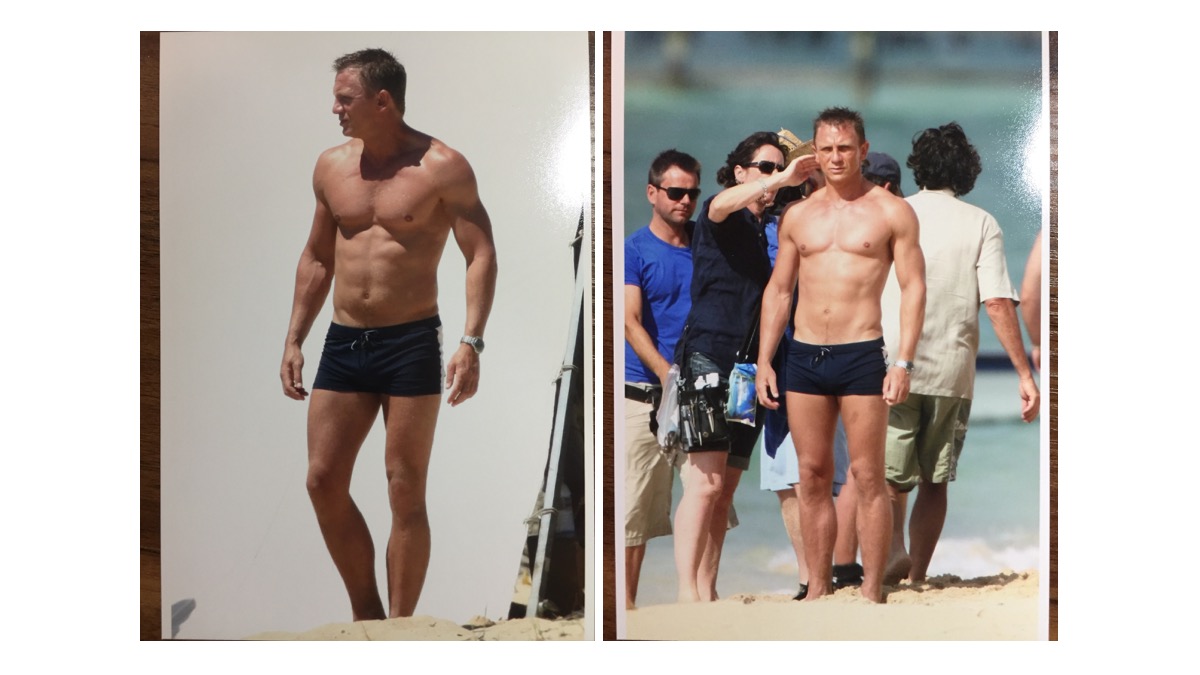 I bought some ‘Saucy Daniel Craig’ photos off eBay a few months back and forwarded them on to a friend in the community. However, I took a few snaps of the photos before doing so and thought you might like to see them. 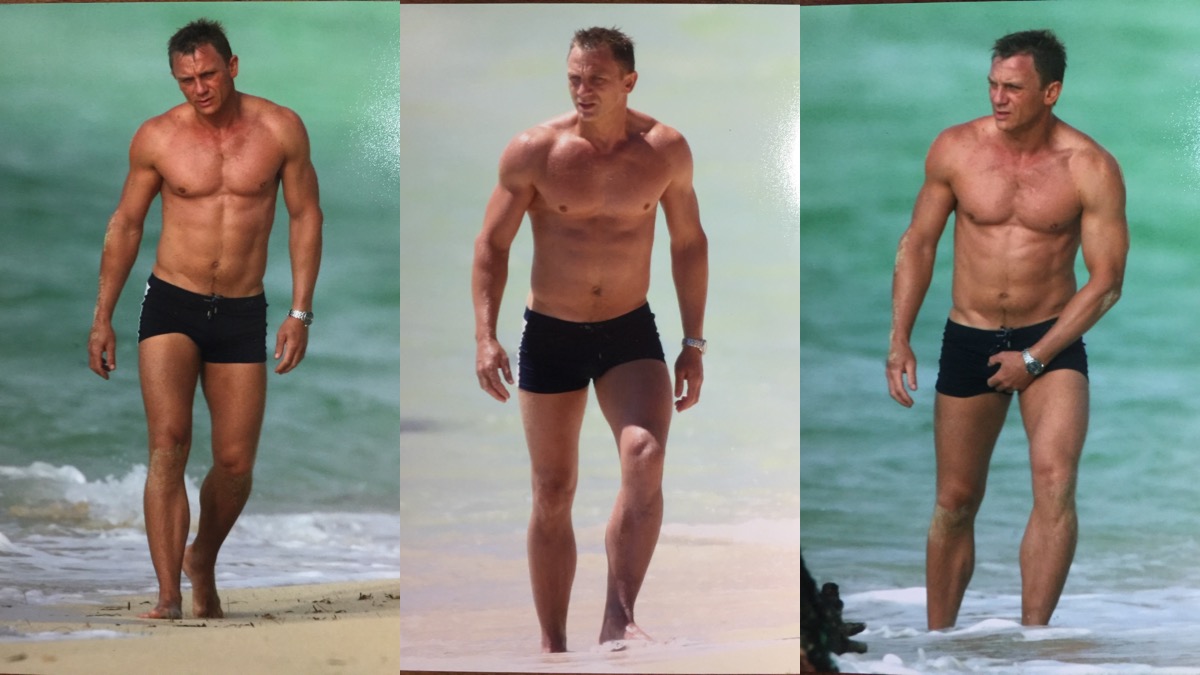 I appreciate the title of this post might be a bit ‘red top’. And perhaps it might be poor form to post photos of someone in a paparazzi-esque way having an unguarded moment between scenes.

Put simply, if I looked like DC in these photos I’d be more than happy for people to publish them on the wide web. And secondly, I’ve had them listed on my desktop under a folder called ‘Saucy Daniel Craig’.

A risky title for a folder and a tough one to explain away should an overly inquisitive Anastasia scour curiously through my laptop for any given reason. Luckily, she stopped caring about my blogging years ago. Day two of our relationship I think.

These photos were taken from the scene that takes place when Bond and Vesper leave the healing villa in Lake Como after some time spent convalescing and not eating chocolates. In the earlier scenes in Casino Royale, James Bond comes out of the sea on Albany Beach Resort, Bahamas.

A beach closed to the public. However, I visited there earlier this year and got to see it from afar. I swam out with Anastasia to get the shot, careful not to submerge the camera phones.

The shot of the house below is the ‘house along the beach’ that belongs to Demetrius. According to the book On the Tracks of 007 you can rent the Albany Villa for 50k a week during low season. 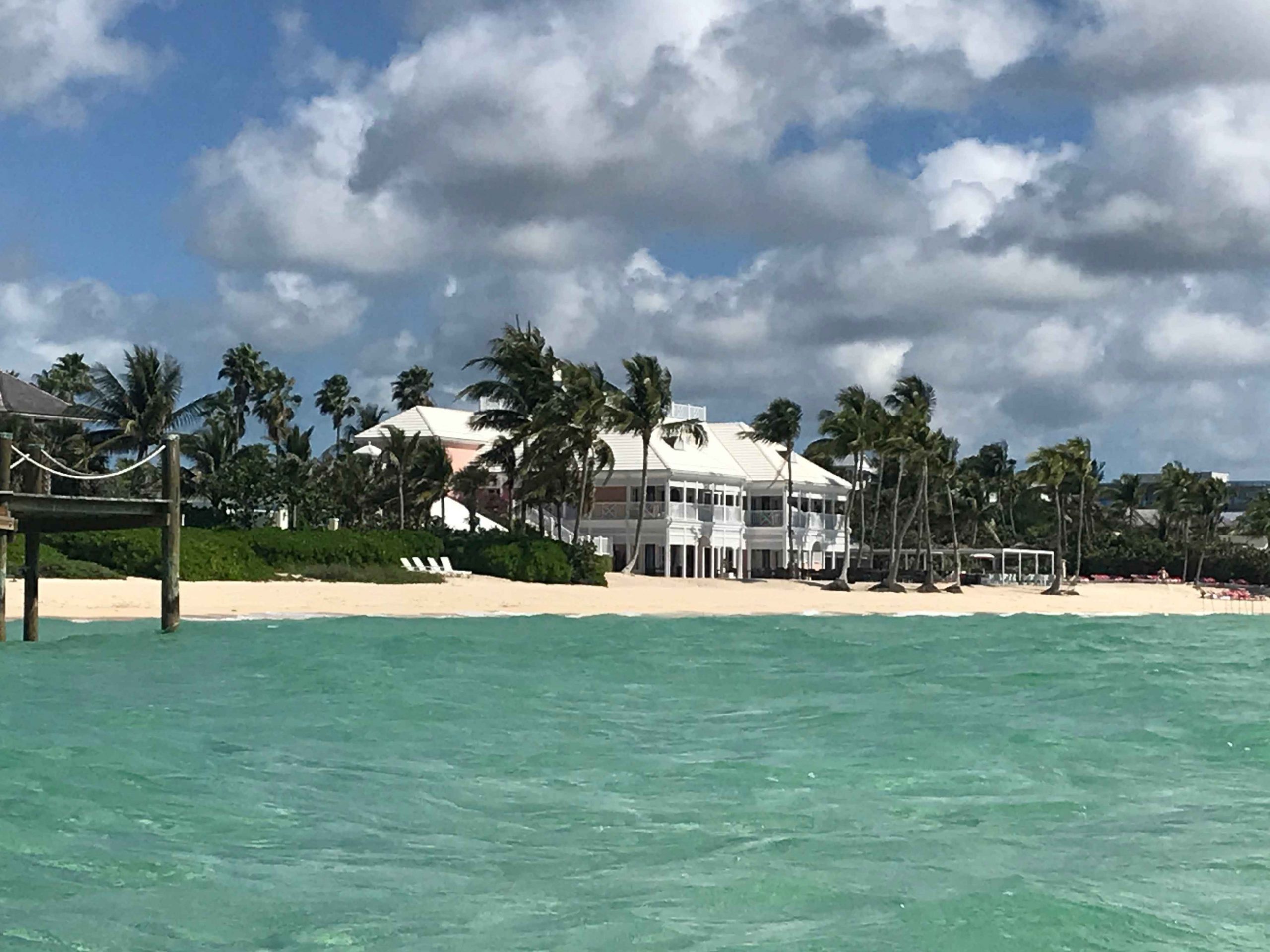 James Bond wears La Perla shorts in those scenes and I’m unsure what the brand is he is wearing in these photos. If you know please get in touch and I’ll amend this article and credit you, naturally.

The shorts are defined by their snugness, a chunky white stripe down both legs, a toggle fasten and a burgundy strip on the back (not seen here in these photos).

According to a source at AJB

They’re not La Perla, or custom.  I’ve had them saved in my eBay search for years now and they’ve never come up, so they were either a very limited production run or prototypes. 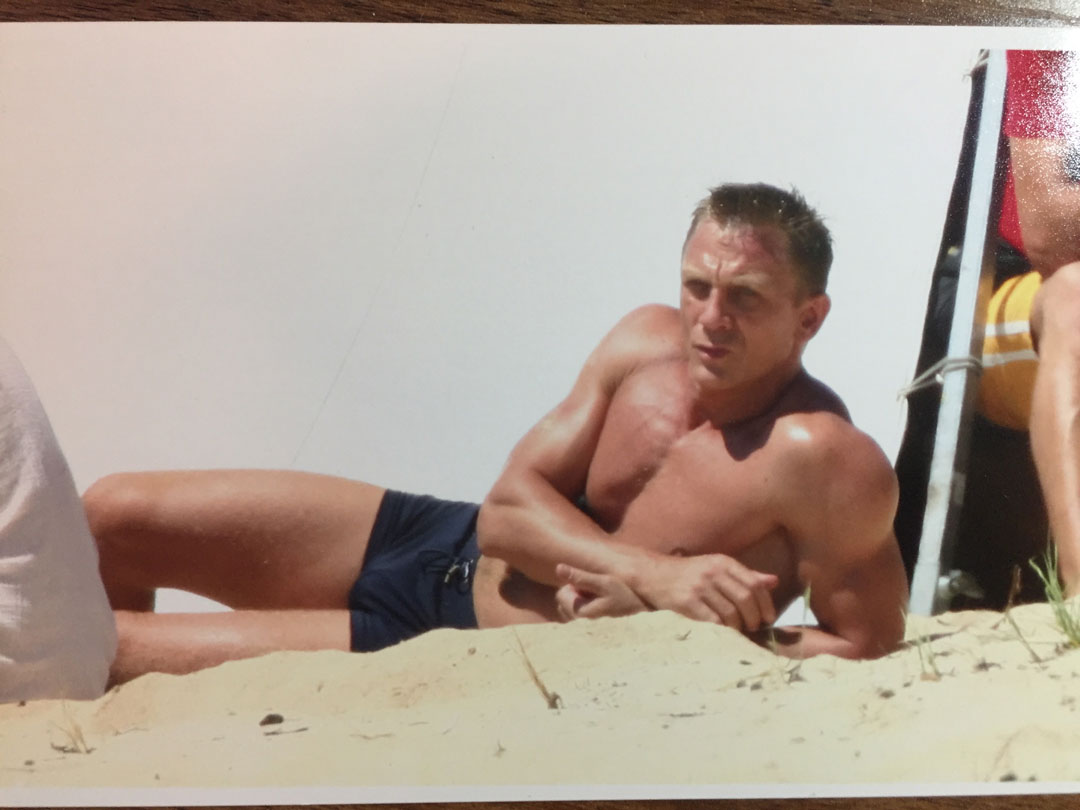 Brush up on Bond in Shorts

David Zaritsky from The Bond Experience has done a great video on the Swim Suits and Shorts of Bond. There is also a pair of Orlebar Brown shorts that look strikingly similar to the ones that Bond wears here. You can check out that video below.

The original La Perla shorts are not available anymore according to James Bond Lifestyle who has done a write up here.