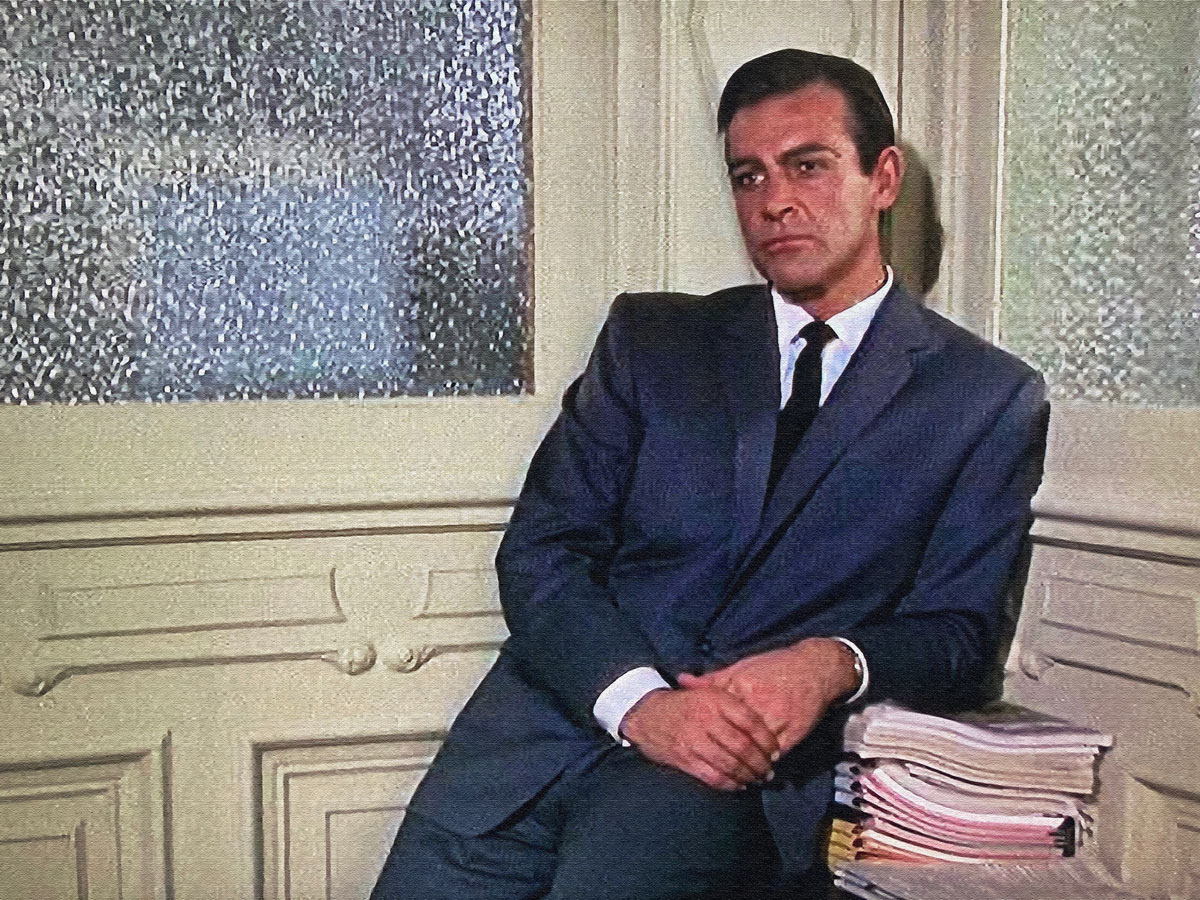 ‘Whatever you are, I love you. It’s horrible I know. But I do love you.’ – Mark Rutland, Marnie. 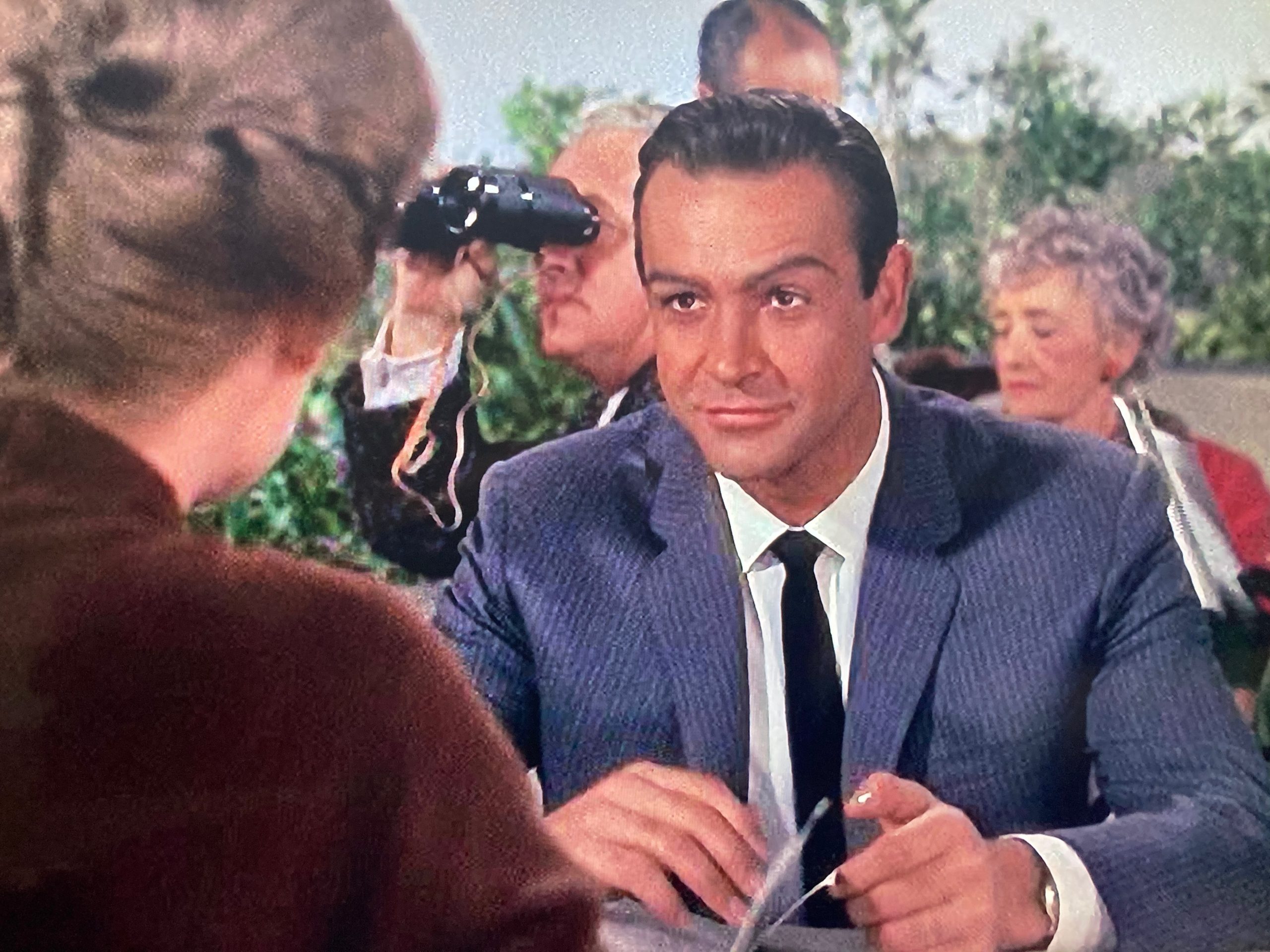 I don’t know if I can recommend Marnie as an enjoyable way to spend an afternoon. Let me tell you something, I watched Grudge Match with Sylvester Stallone and Robert De Niro whilst Anastasia was away.

I made six sausages, cracked open a beer, sat in my pants and watched two 60 year olds have a fight with their shirts off.

Getting back to Marnie. In a quote from a Mark Cousins interview that I play at the beginning of the podcast, Connery says – ‘They did everything, they really wanted someone like Cary Grant, the hairline had to be perfect. A guy had a special way of doing your eyebrows. There couldn’t be any suggestion of stubble, not like everyone now.’ 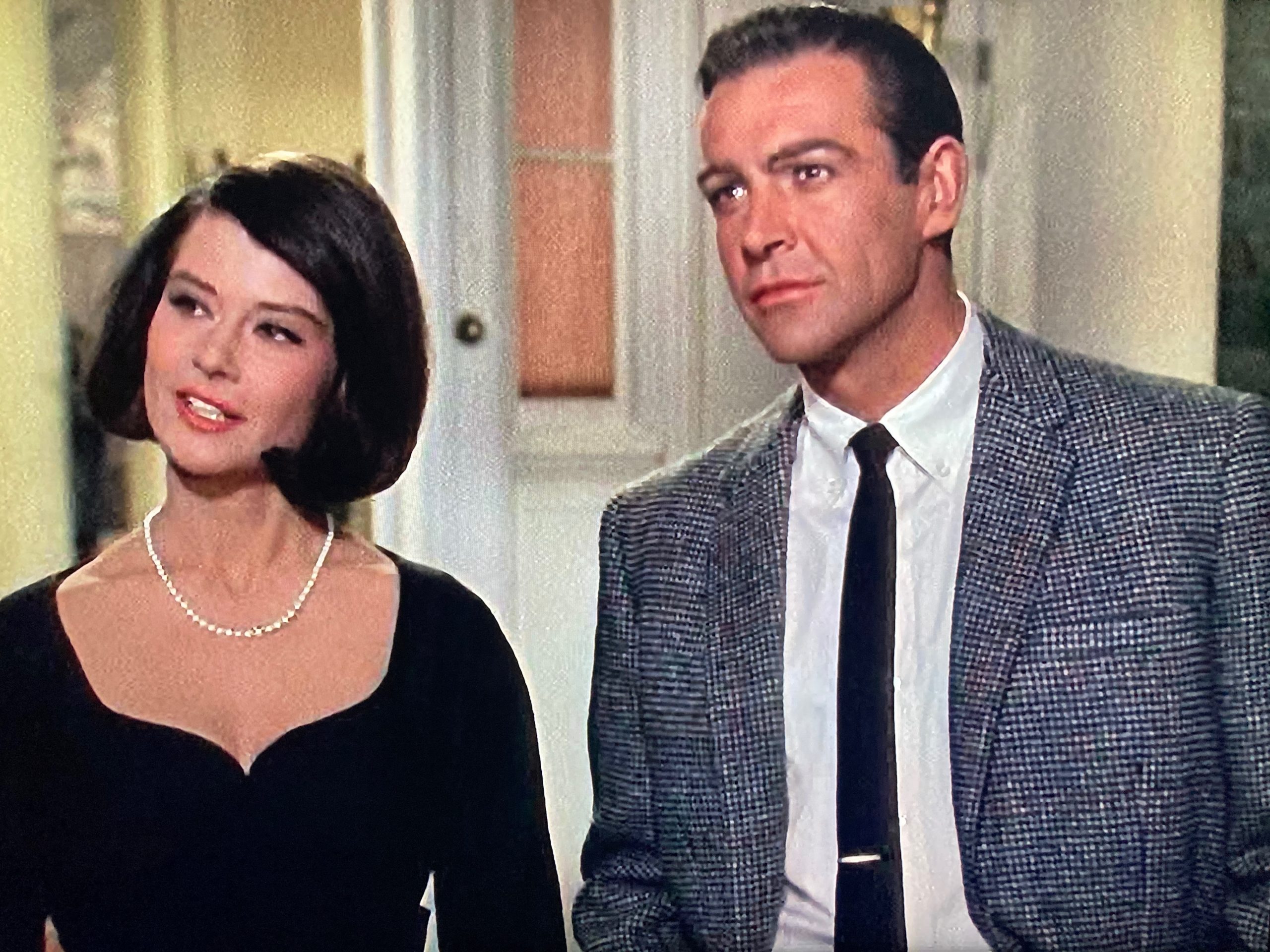 They certainly tried to beautify Connery by moulding him into the iconic Hollywood star. Outside of the eyebrows, they gave him a very modern look with regards his suits. Although, they are all 3-button suit jackets that Connery wears as opposed to the 2-button jackets he wears in Goldfinger in the same year.

The suits still follow the lines of his body incredibly well and we get to see Connery in a different array of checks, houndstooth, woollen herringbone and his customary Bondian black tie. 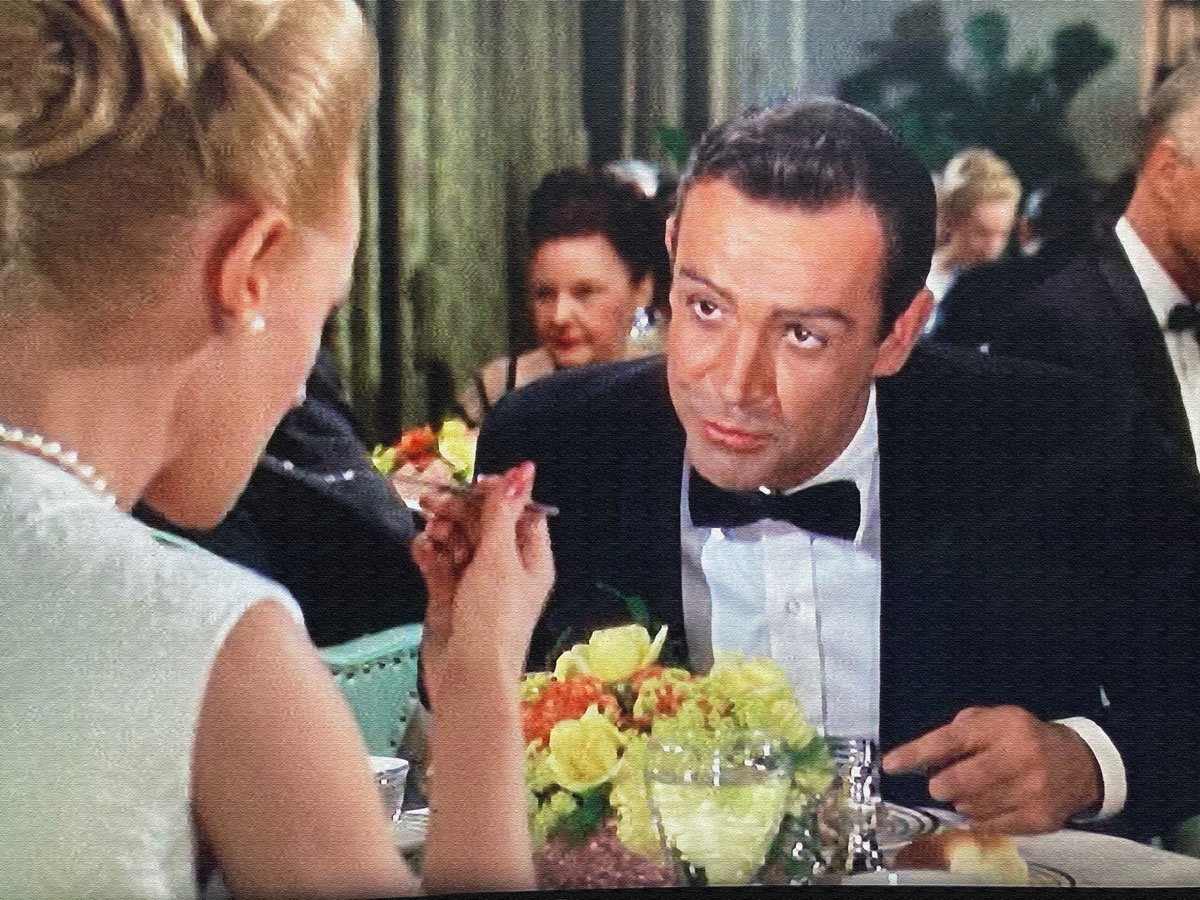 A great film and a different role for Sean Connery at the time. He plays a bit of a bully and not really a heroic character. I think he plays this part better then Cary Grant would have. His clothes weren’t bad in the film either, but more American then British style. (Iconic Film Style).

I think it’s a criminally underrated Hitchcock film. Connery is great. I wish the two of them had done more films together. I think they’d have had a nice string of films together like Hitchcock had with Cary Grant and Jimmy Stewart. 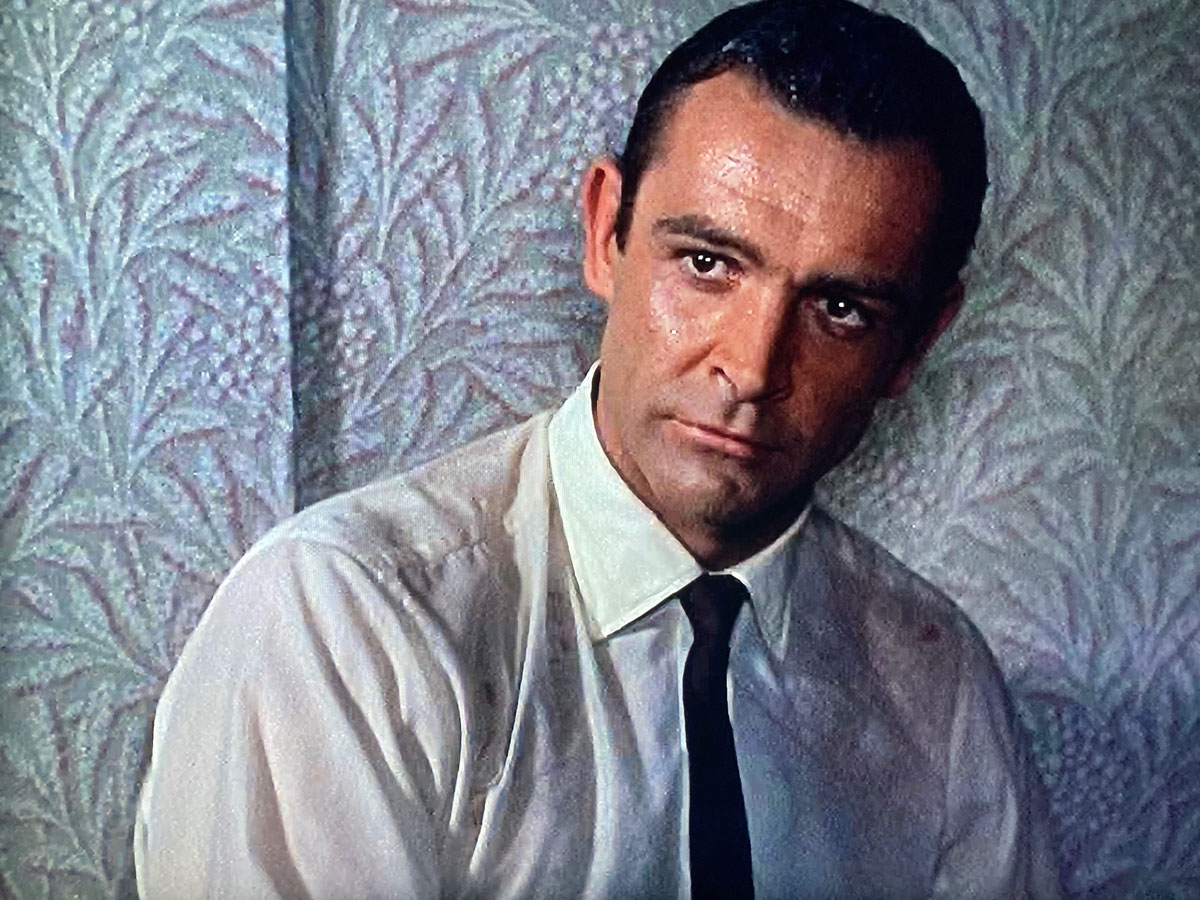 The story hasn’t really aged that well, but the style is timeless.

Andrew Fellows
He is brilliant in Marnie, he is sinister in it and has Tippi Hedron’s character thinking that she is going mad. It is a brilliant piece of film making from Alfred Hitchcock who had the ability to draw the viewer into the film psychologically. 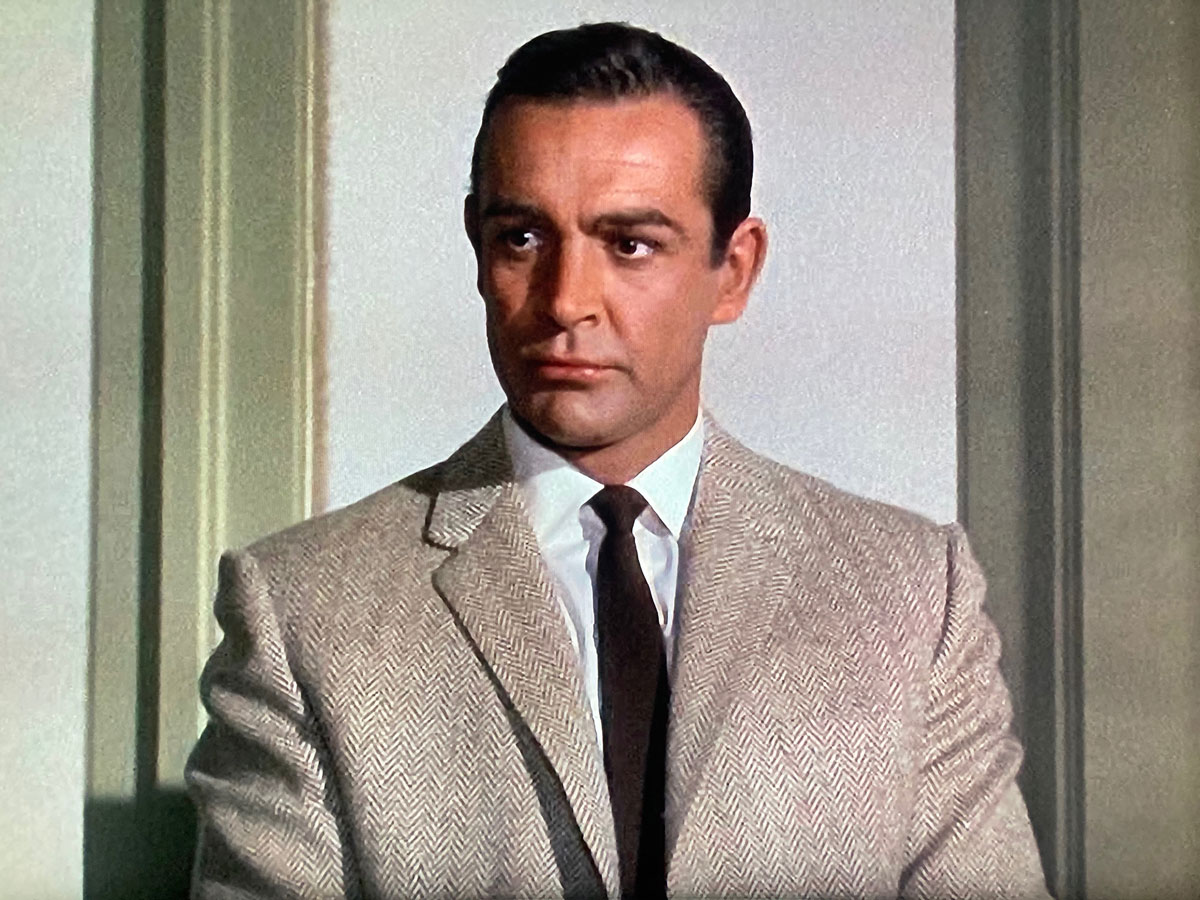 When the hung-out-their-shingle-based-on-few-if-any-qualifications cineastes get ahold of a film and start inflating its reputation far beyond what not only contemporaneous audiences and critics saw in it, but even its maker intended, it’s a time to be very skeptical. “Marnie” has its pleasures, it is better than people thought when it was first released, but it’s not that good.

As for Connery, if you want to see him at his very best as an actor, catch Sidney Lumet’s “The Hill” (the four-film Connery-Lumet collaboration is one of the great unsung pairings of actor and director that almost nobody knows), and if you want to see Connery at his most effortlessly charismatic, watch “The Wind and the Lion.” 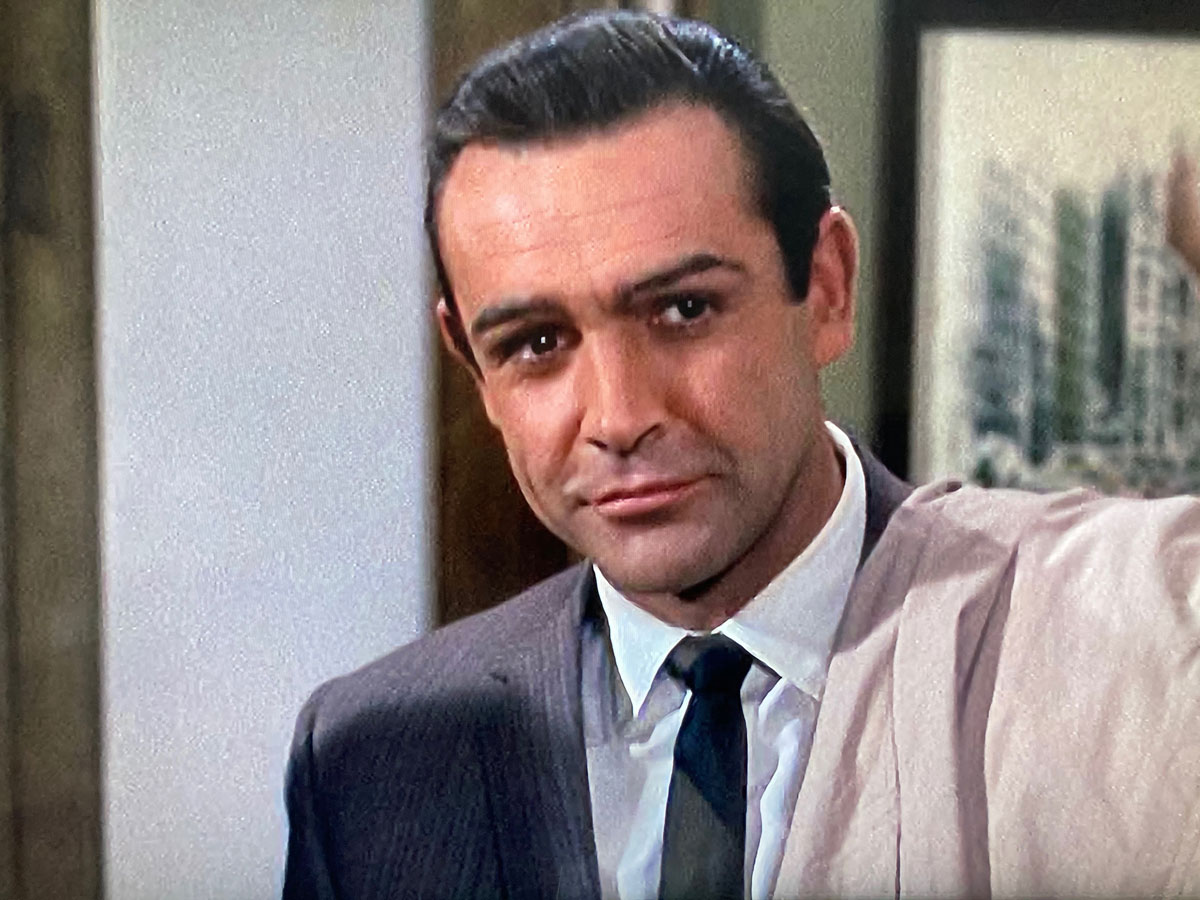 You can download the podcast (episode 84), this week I’m joined by Matt Spaiser of Bond Suits. Available on iTunes, Stitcher or Spotify.

You can check out Matt’s blog for further reading on the suits Connery wore in Marnie.

A pencil sketch I did of Sean Connery as Mark Rutland has been uploaded to our Red Bubble store. 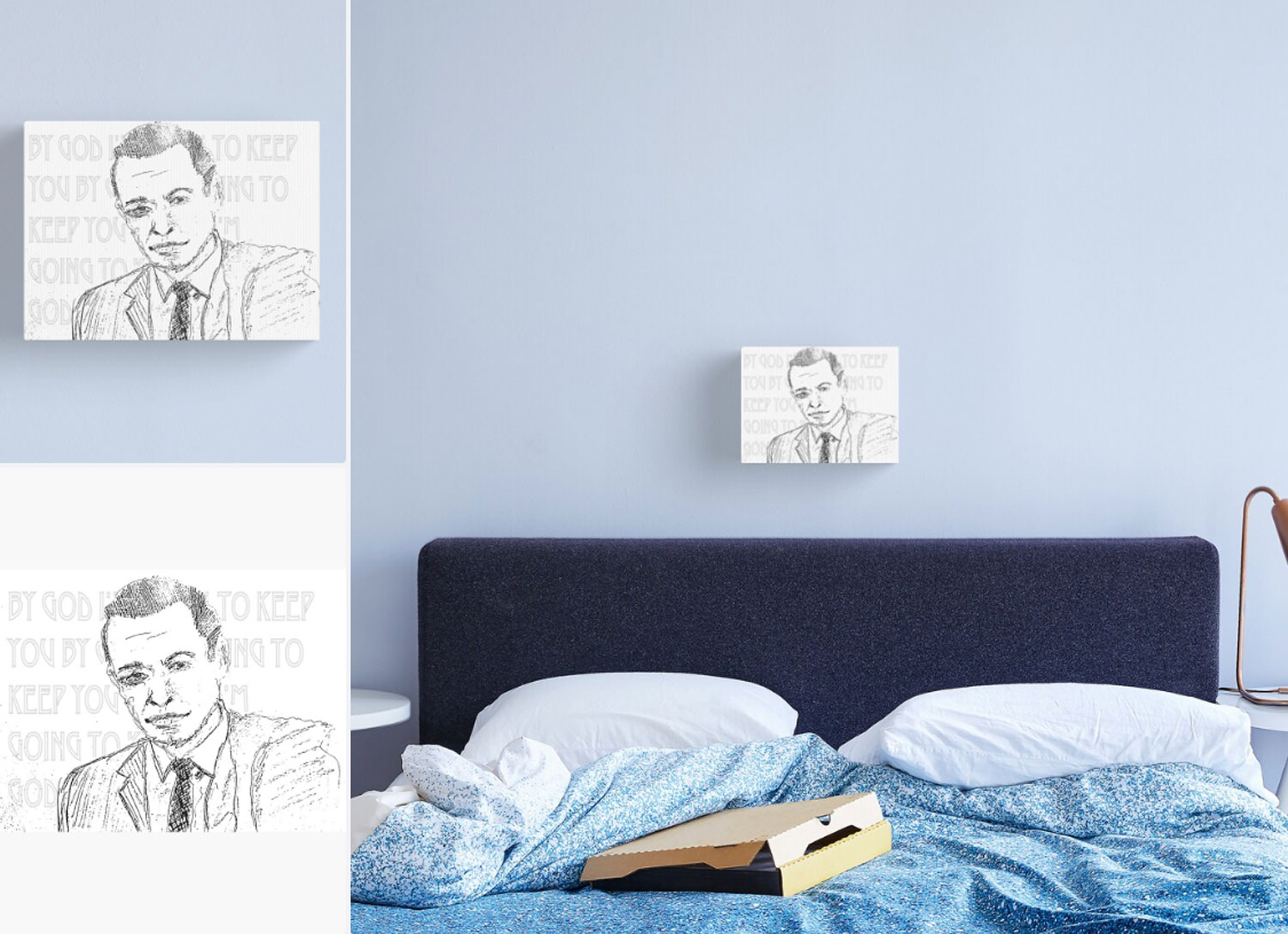 Marnie is based on the book of the same name by Winston Graham. is available to buy on Blu Ray (in my collection). The Alfred Hitchcock – The Masterpiece Collection (which includes Marnie) is also available on Amazon.