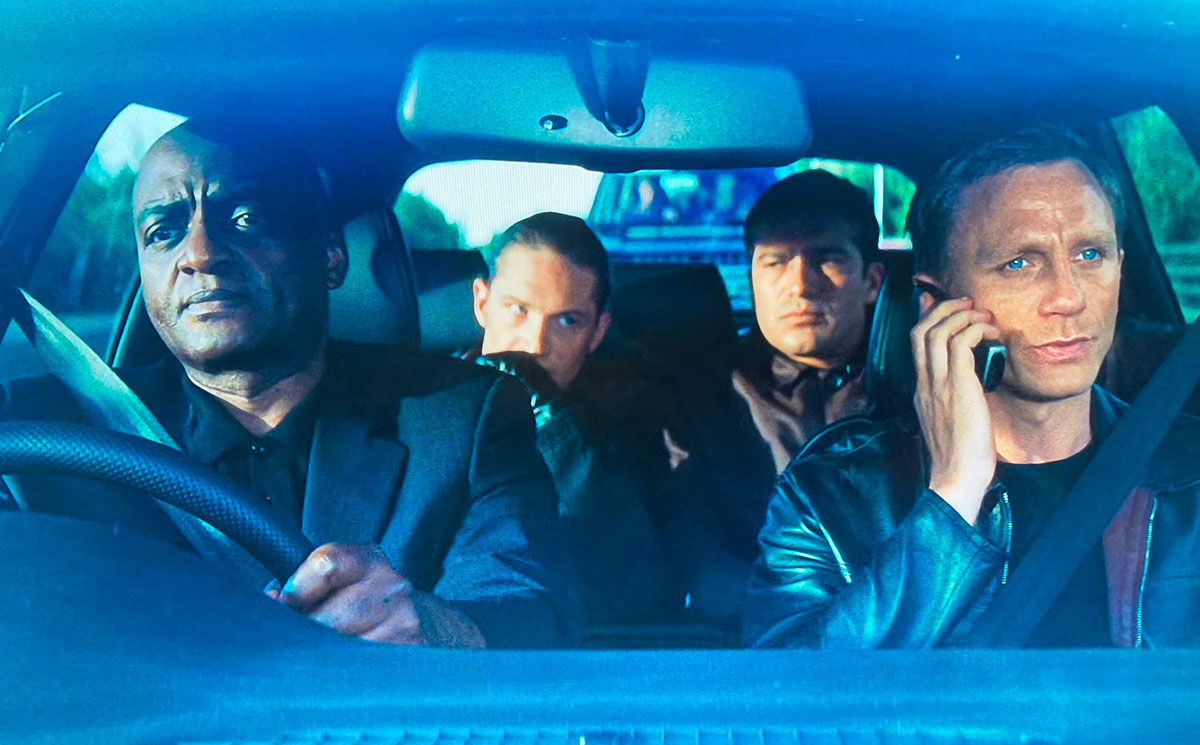 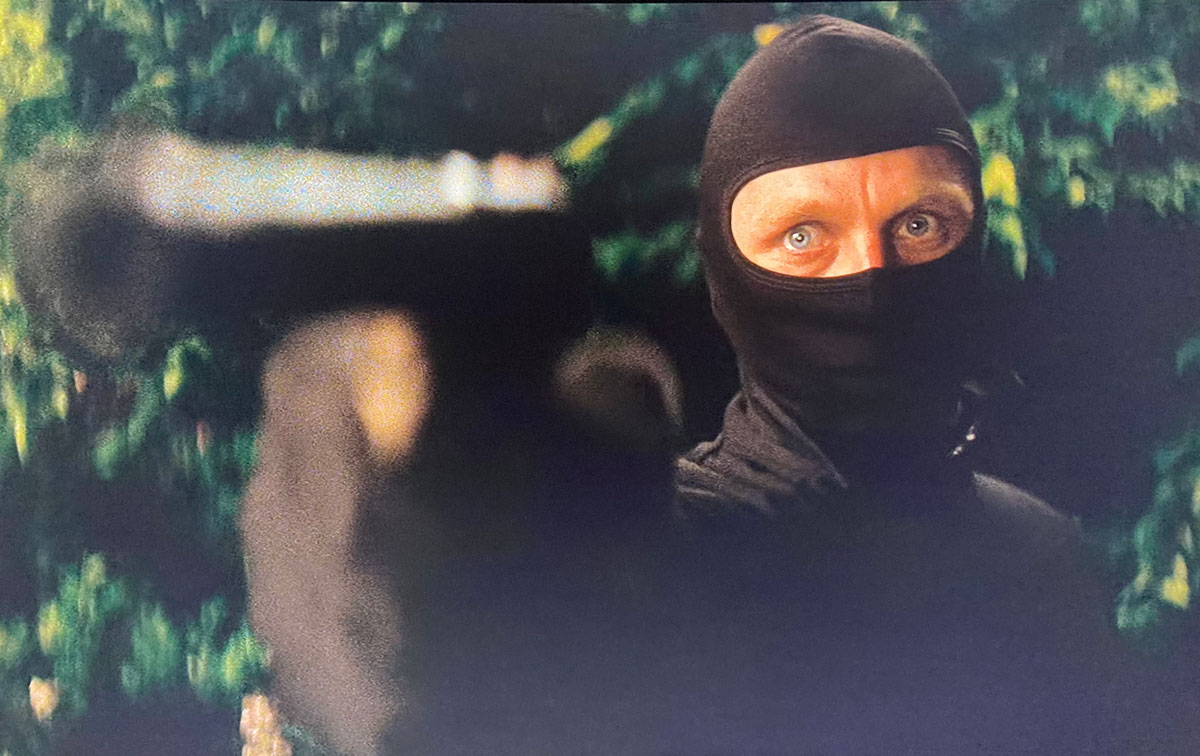 I hunted this down due primarily to it being a Tom Hardy movie I hadn’t seen before. Fanboy sh*t, I know, but his movies are usually cool, alright? So Shutty. Anyway, he was barely in this one, as it turns out, and even if he had been, it still wouldn’t have been anything too spectacular. Not bad, just meh-ish. 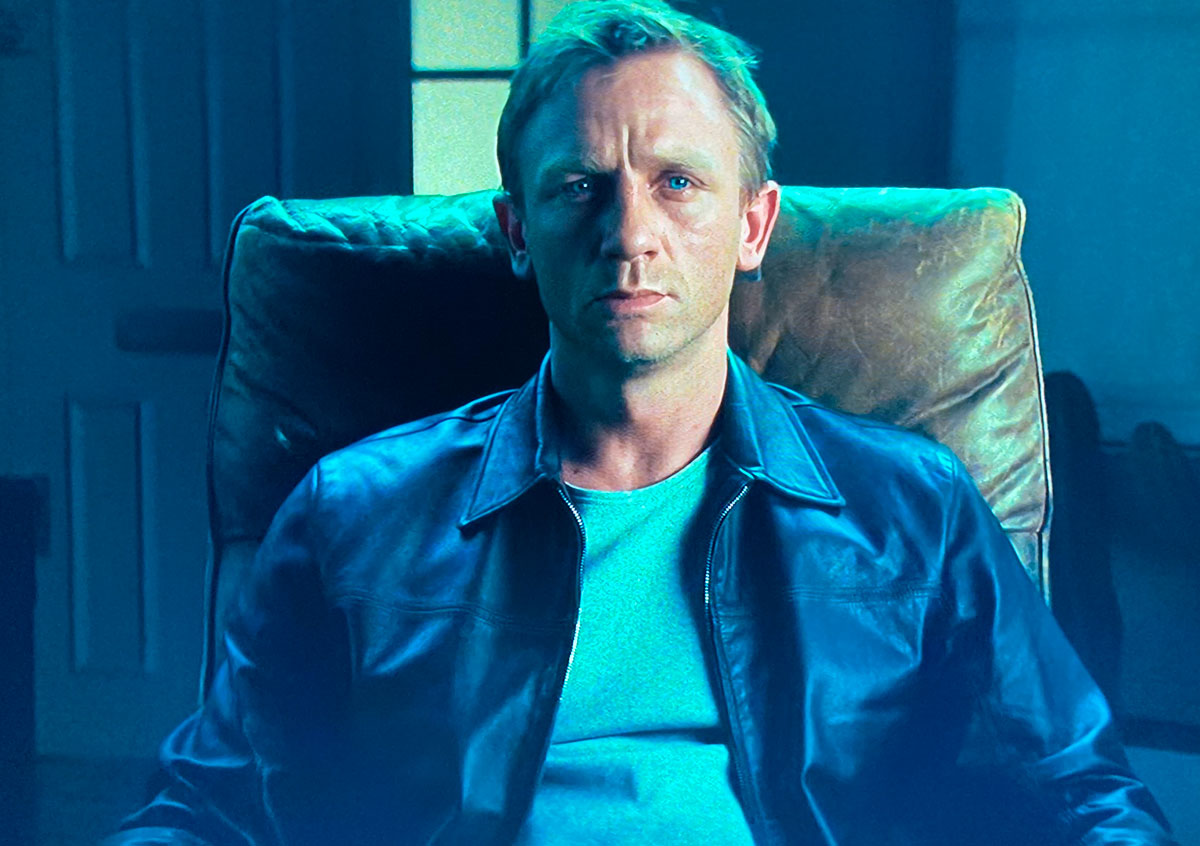 Above and below are my favourite tailoring moments from Layer Cake. The Leather jacket by Dunhill, which is a staple piece for casual Craig in real life and the Kilgour suit which oozes irrepressible Quantum of Solace vibes. 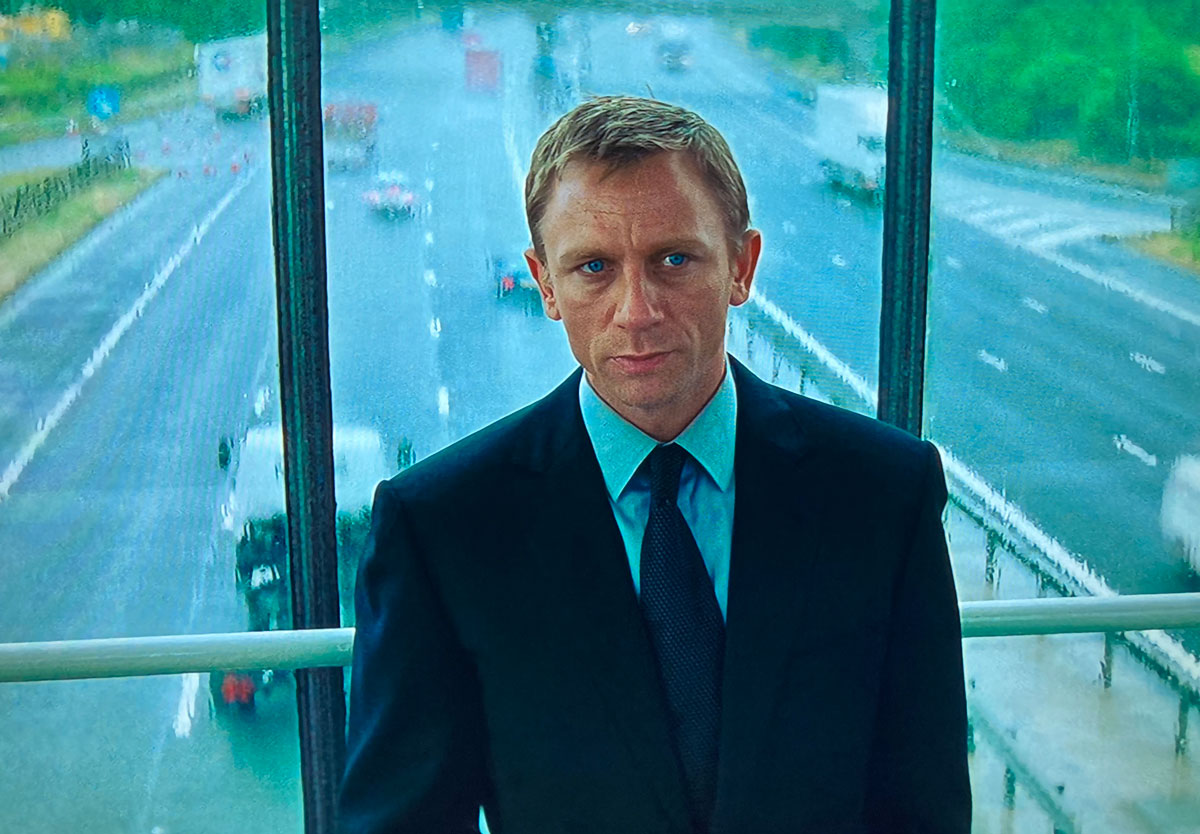 The film for all its merits, falls short of having any nourishment. The script is just not slick enough. Considering this is a film over two hours they had plenty of time to dimensionalise the characters. Remember that scene in Heat where all the crew go out for dinner? The camera is a fly on the wall and Pacino is watching from the roof of a nearby building.

(see vlog below as we take a closer look at the key style elements).

It’s short but you get an insight into the whole crews personal life and what they have at stake. The film goes some length in convincing you this is a tight knit crew, but Tom Hardy has nothing to do bar a toast to the new king at the end of the film. Etc. 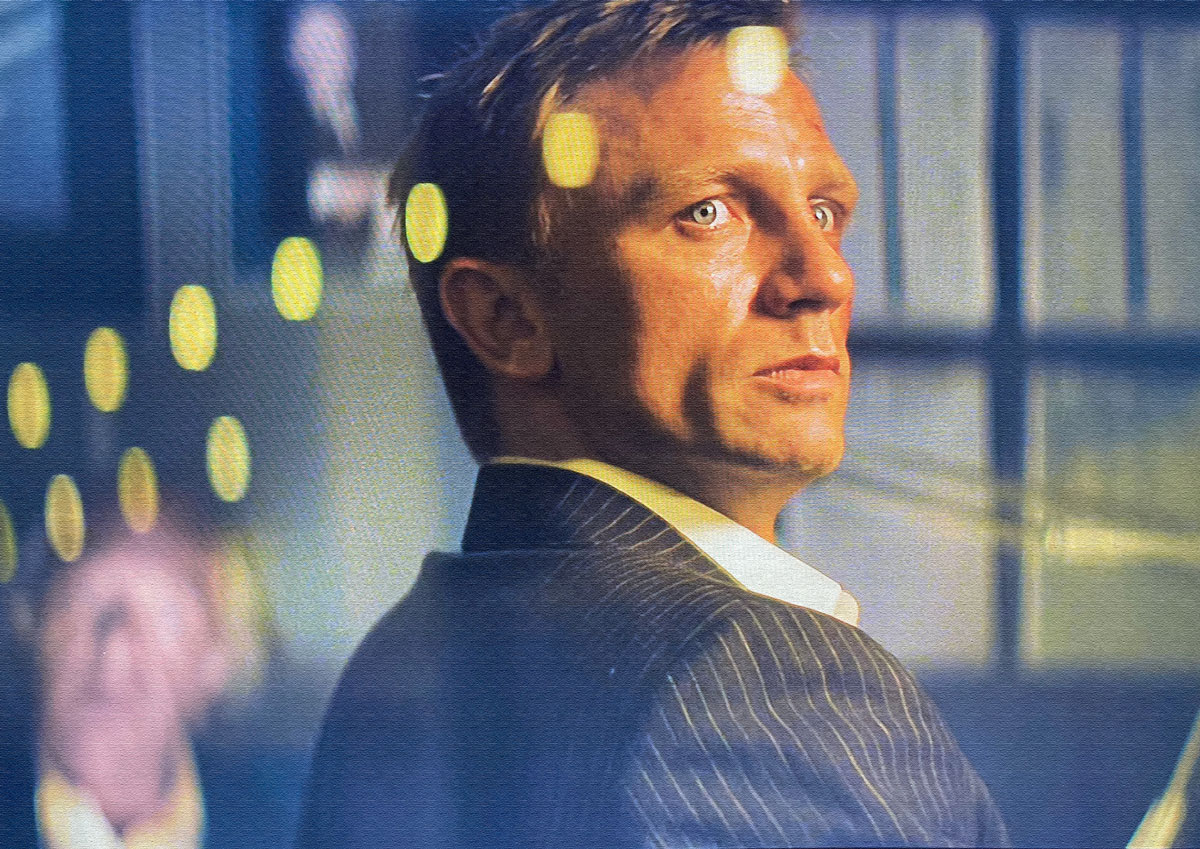 The story is convoluted, not layered. Perhaps Convoluted Cake would have been a better title. The entire premise is build on the foundations that XXXX (Craig’s untitled character) has to track down a runaway girl for Jimmy played by Kenneth Cranham.

That story quicky disappears and I’m not entirely sure how it all got resolved if at all.

That said, for a film with a modest budget, for Matthew Vaughn’s first outing as Director, he makes a good fist of it. Or as Bond would say, ‘you put on a good show’. It really tries. London looks quite terrific at times and Colm Meaney is good fun as always. 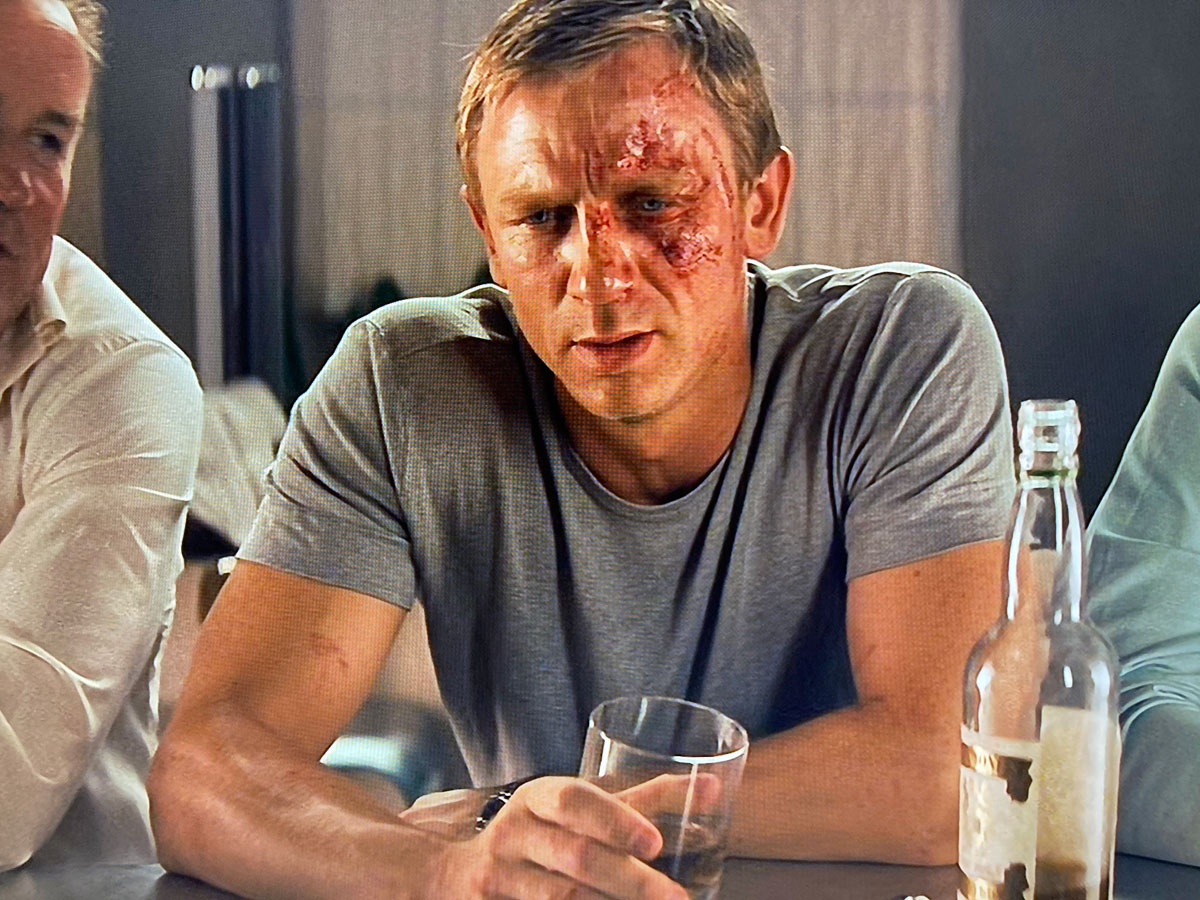 You can download the podcast, this week I’m joined by Matt Spaiser of Bond Suits and Harris Thomas from Dressing Like Bond. Available on iTunes, Stitcher or Spotify.

Suits for Daniel Craig are ready to wear from Richard James and Kilgour. The leather jacket was supplied by Dunhill. Thanks to Daniel Gaster and David Zaritsky for the research in bringing this to my attention. More on that leather jacket on this thread here. 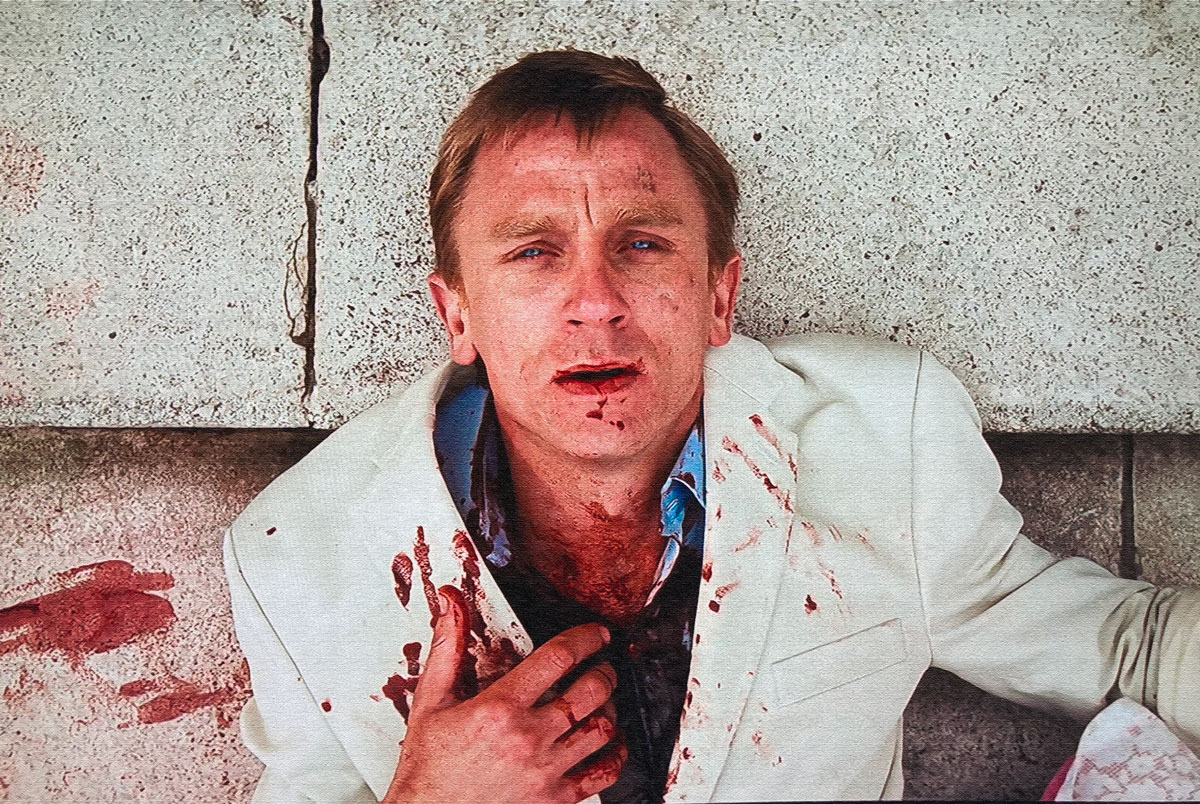 I watched this a lot when it came out. I thought Craig was great in it. When they said he was going to Bond I still didn’t think he was the right type. I saw him as a Steve McQueen type, I really thought they’d go for someone more Connery like to look at. Really I wasn’t a huge fan of him as Bond till Skyfall.

Matt Spaiser has some great thoughts on Craig wearing striped suit jackets with his Levi jeans in the film. A mullet of an outfit so to speak. – Ryan Hall 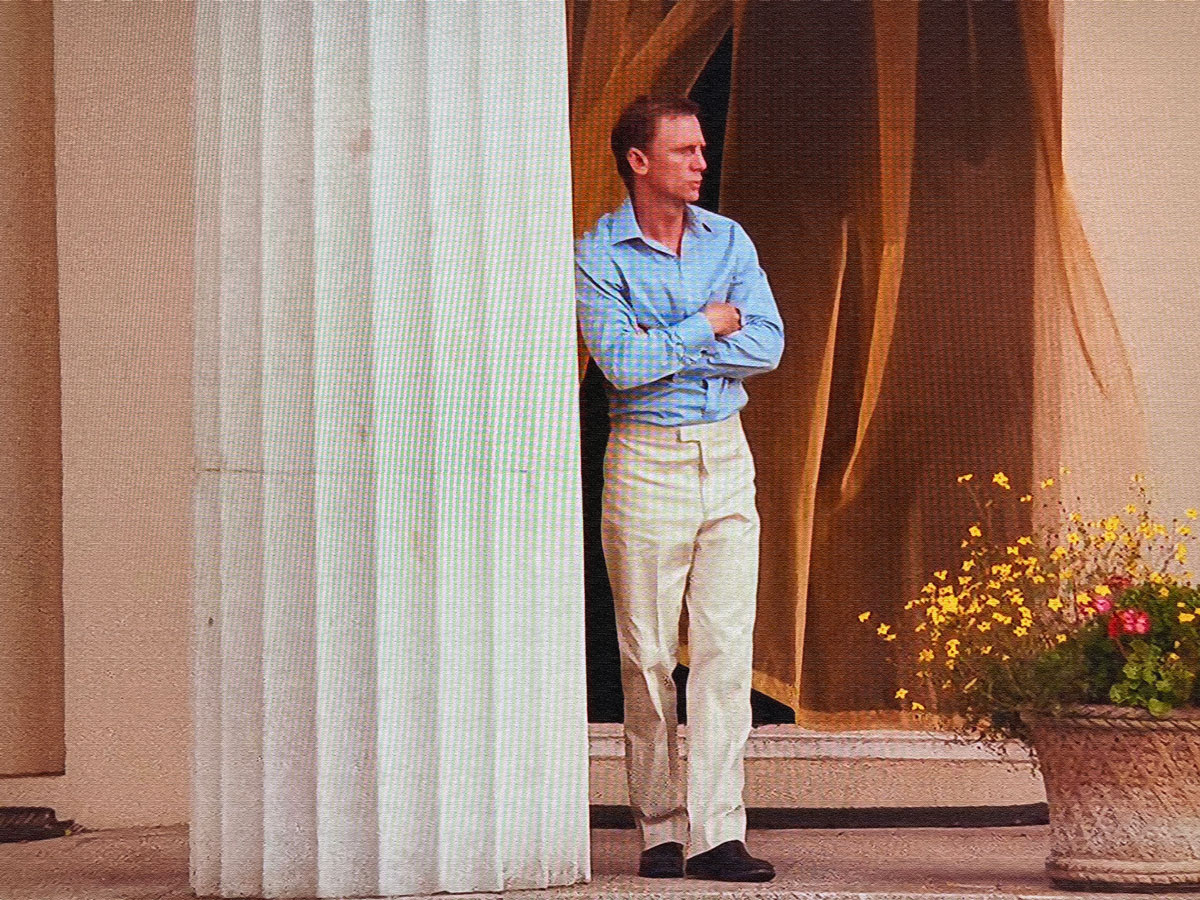 AND you can’t go past the cream cotton-linen suit from the end of the film. The leather jacket is a favourite casual piece of mine and as I’ve said I have a black version in the closet. The striped suit jackets with jeans was a fashionable look in 2004 but the most aged in my opinion. 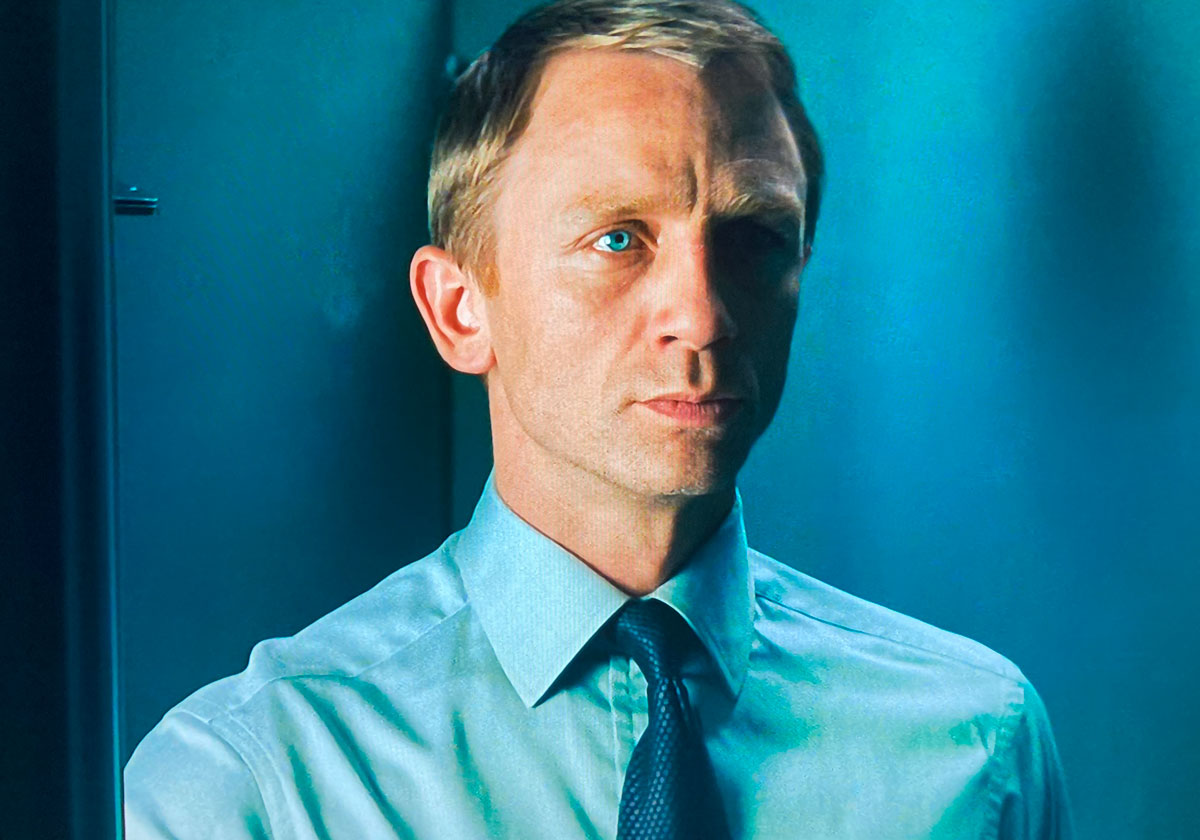 The rust brown pinstripe suit jacket and jeans look by Daniel Craig always makes me think, he saw the concept of a rowing blazer somewhere, and thought he could replicate the vibe with his wardrobe.

On one end you see this character investing in expensive clothes, but his attitude towards them are always careless and indifferent. Close to Licence to Kill Dalton’s approach to clothes. Inspired By Bond 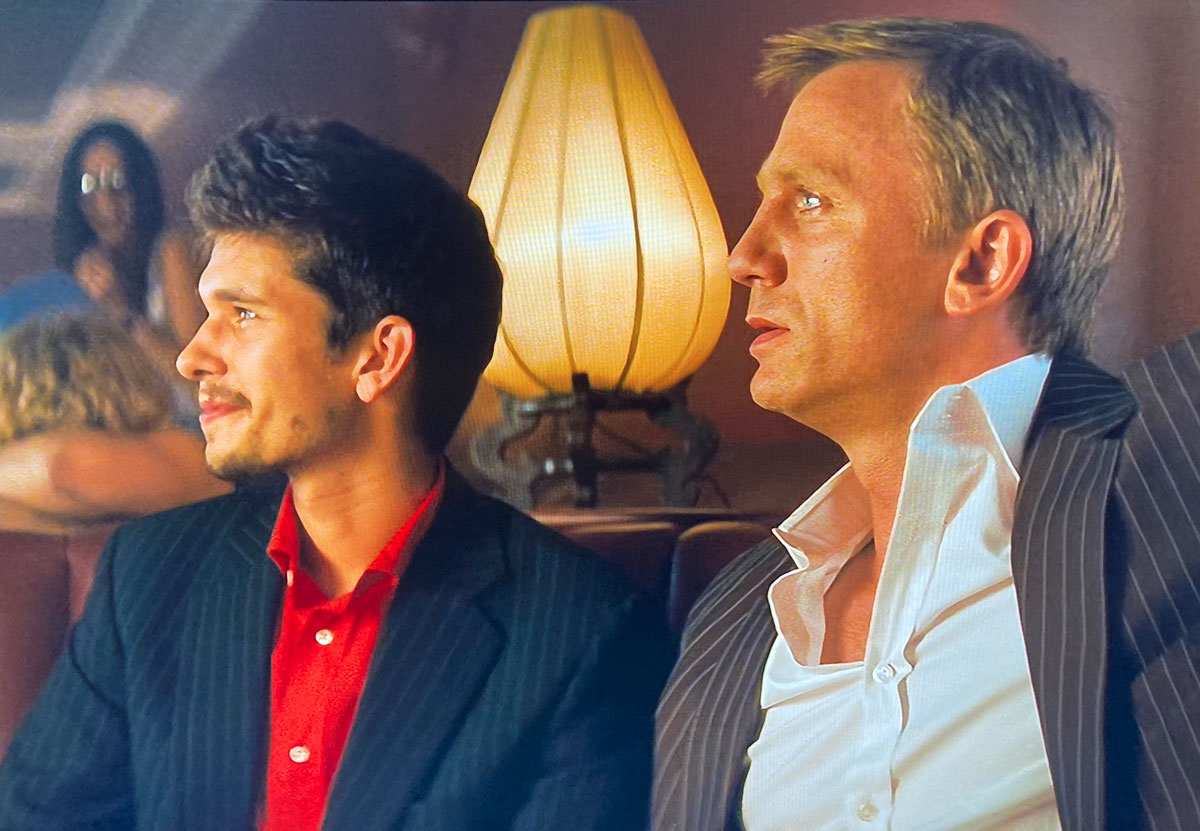 Brilliant film. Vaughn is such a good director. I really wish he did more. Also he would be great on a Bond. First time I watched it I didn’t really enjoy it. Not sure what I was expecting but this wasn’t it. Revisited it a few years later after a mate told me I was an idiot for not appreciating it.

My god it all sunk in then and quickly became a classic of mine. The score is great, especially when they are driving to Stoke Poges. The look in Danny boys eyes when he is about to shoot Jimmy is pure Bond.

I love the line from Colm Meaney when he says, “You wouldn’t be so hard if you didn’t have him stood behind you”. ‘Yes but he does doesn’t he!’  Great line brilliantly played out!  Love this film as you can guess! Oh and Miller! Wow! 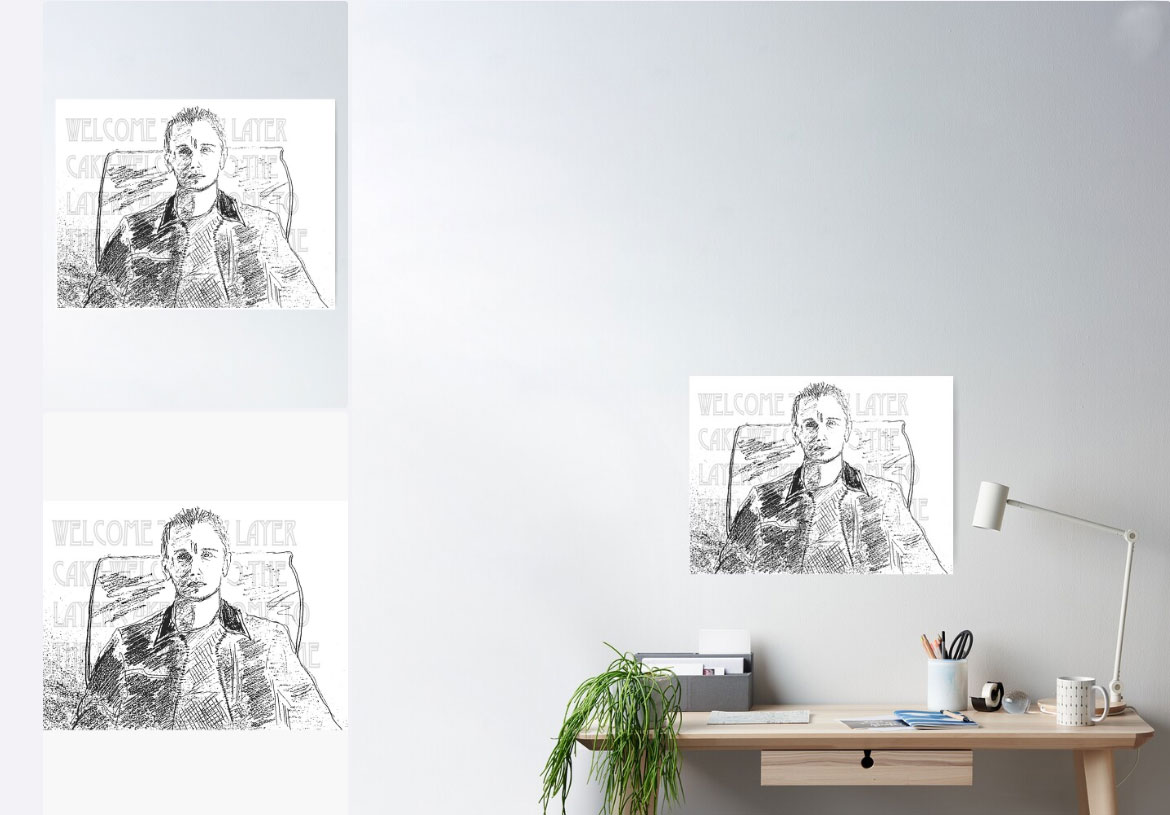 I loved this film when it came out!

At the time, I was really lamenting the loss of inspiring Bond films in my life. I was more into Bourne than Bond – a point which bothered me cos I love Bond!

Then I saw this and I just thought it was a revelation. This guy, the blonde fella – whoever he was – was cool AF. Even as a straight guy, I was like, that dude is sexy. He just came across as super stylish, brooding, intense but in a cool way, not some ‘oh, I’m so deep’ actor / luvvy kind of way.

He felt visceral when you saw him on screen. And the style on him. He was effortless. The way he wore jeans, a t-shirt and a leather jacket was just raw simplicity and coolness itself. Man crush anyone? Absolutely. Pierce who? I’m into this guy! 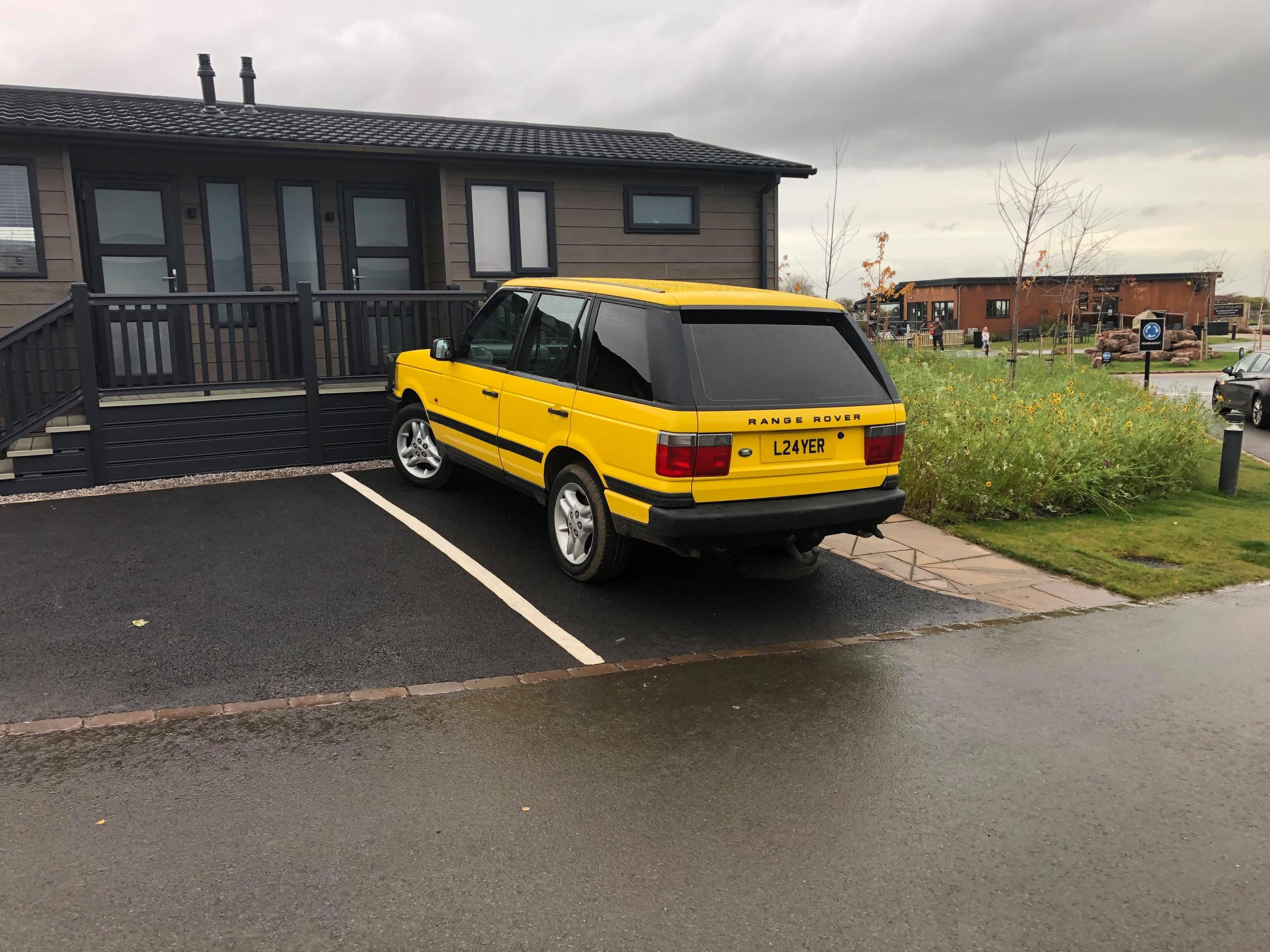 Photo sent to me by James Blundell

The scene where he is at home after being informed that Jimmy’s a grass, he’s pacing up and down, smashes the glass and roars FUCK! – You can’t take your eyes off him.

Like Harris, I too was like – from now on, I’m wearing a trench over a t-shirt!. And even though I didn’t like the boot cut jeans he wore, his lean physique just made the whole thing look cool. Also, the Dunhill jacket which I searched for and was like ’Shiiiiit! That’s cool but expensive’ (I didn’t have the kind of spare cash for luxury clothing items at the time).

I think the Chelsea boots are R M Williams – which I know DC wears from time to time still. They’re cool too. Having recently purchased the C&J Moltons from No Time to Die, I now want to go retro and get those Chelsea boots too.

So cool did I think DC was that I actually considered rocking the suit jacket / jean combo until I realised I was just under the spell of his general bad ass coolness and that this was an error of judgement which would not stand the test of time. (We can agree that was the right decision I think). 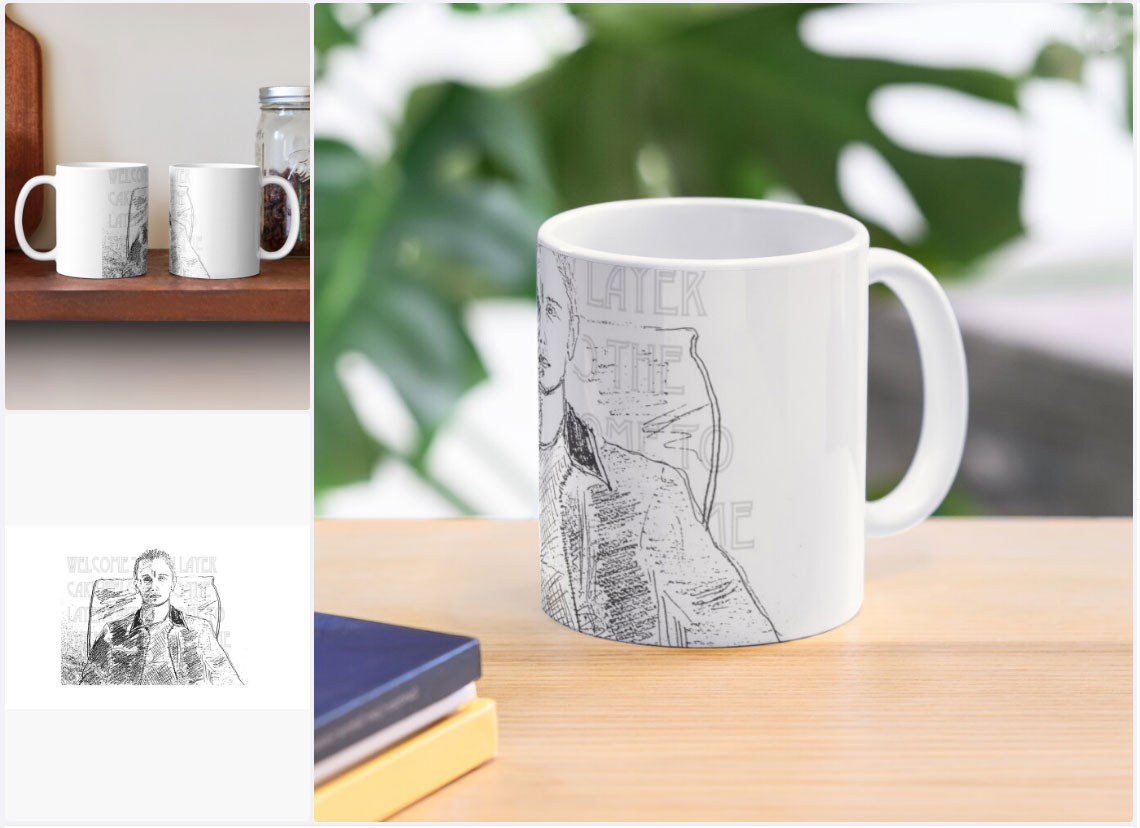 One listener pointed out that this was a ‘mullet’ outfit – I think I kinda understand what he’s trying to say there, if a mullet is ‘business at the front, party at the back’ then this is kind of ‘business on the top, casual on the bottom’ – a bit of a stretched analogy but funny nonetheless.

But it was just such a good film. I loved DC’s portrayal, someone who was not physically tough but who was clever and resourceful. Also his light touch humour was great – in the taxi with Mr. Lucky – “Could ya pack that in pal? I’m tryin’ to study for a test next week’ ‘ok, ok, I just…..’ – it’s a very funny moment. Also ‘Maybe ‘e’ll be early. I could get the twenty past one from here. ‘ “That’d be nice’ – just so dry and a perfect balance to the film.

Also love the scene where he struggles with the emotions and guilt for having murdered Jimmy. He just displayed such cool acting chops all round.

And Colm Meaney!! (famous for his ‘Red Alert’ hilarity in The Snapper and also The Commitments) is brilliant. I can’t do a Meaney impression but I can do the general Dublin thing he does.

I’ll send you one. I did enjoy Matt’s valiant attempt at pronouncing his name though ‘MeeAHney’ sounds very regal! 🙂 He’s always watchable. “….that’s called ‘joint venture’ which means you’re either up there in the dock with Morty or you’re down there puttin’ him away’ ‘….you know, I will have one of those’. 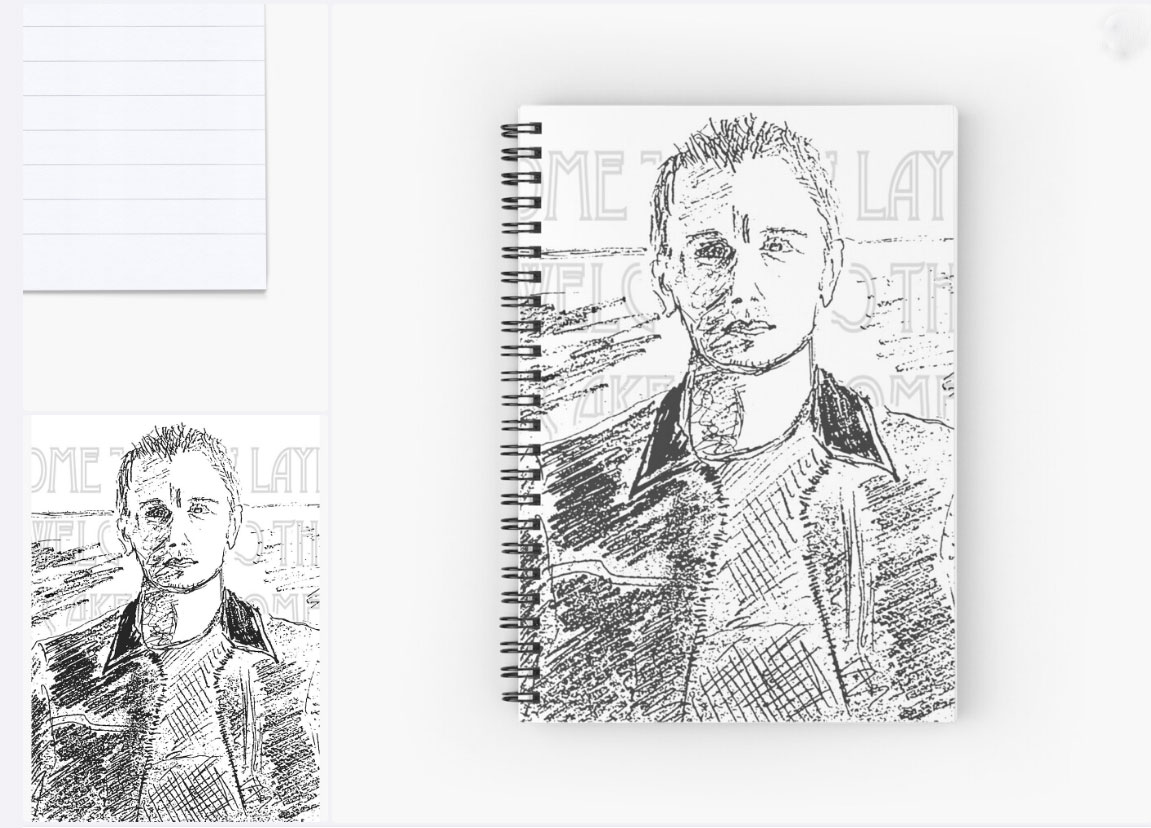 So I bought Layer Cake on DVD and next thing I picked up a GQ magazine (sadly, I think I’ve lost it since) where he was profiled within as one of the men of the year for 2005 (amusingly, alongside Brozzer, if I remember correctly).

They had some photos of him looking cool and stylish and then they said  ‘rumours persist re the Bond role’ and I was like OH FUUUUUKKKKK YEAAHHHH!!! And when those ‘Craig-not-Bond clowns started wetting the bed over a blonde Bond, I was thinking, you idiots are going to look pretty stoopid when he kicks ass as 007! This remains my proudest ‘I fucking told you so’ moment to this day.

So you can imagine when he was announced in October 2005 – a day I remember well, I dodged out of a room in work and watched in unfold on the news – I was ecstatic. And despite the varying film quality, he’s been brilliant throughout. (maybe somewhat too moody in Spectre but otherwise!)

Great review of the style too guys, the Kilgour suit is beautiful. I love the way he looks so sharp in it but when he visits the accountant who’s disappeared with all his funds, he just crumples into a corner in it, completely crestfallen. IT’s a great moment where the cool suit is all for nought.

This plays so well for Craig’s cool but vulnerable, tough but fallible, clever but not as clever as he thought acting style. And he does it without being a poser, he’s just very straight up, no bullshit. This film is a great vehicle for that.

I didn’t have the chance to go into the Royal Observatory but I did manage to find the hedge where Daniel Craig hangs out with the Welsh Sniper. There are toilets around that you pay 20p with contactless. We had a pub lunch nearby in a place called the Trafalgar Tavern and very much recommend the bangers and mash.

Layer Cake is based on the book by the same name by J.J Connolly, and is available to buy on HD through Amazon and on Blu Ray (in my collection). None of the fan art is endorsed by the movie or the production company.