Here I go with the big bumper James Bond in Berlin blog. I’ve had help along the way from other blogs and I’ll credit them in the footer.

JUST GOES TO SHOW HOW MUCH HAS CHANGED

Notice the picture below, taken in 1975 I believe. 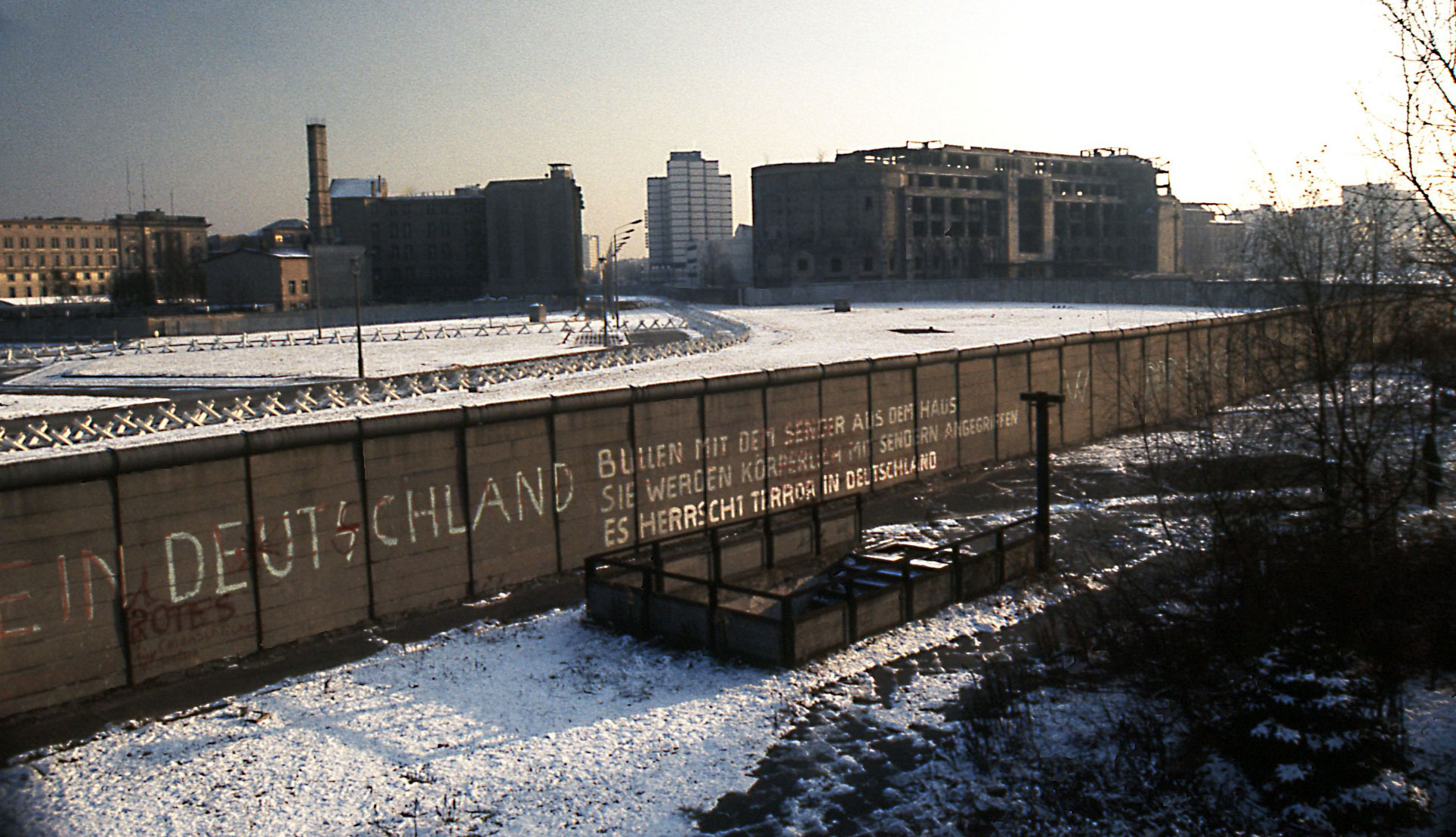 Bond on the Berlin Wall

Here is Roger Moore standing in exactly the same spot for a promotional photo for Octopussy in 1983. Everything else in the picture has been torn down apart from the Abgeordnetenhaus of Berlin remains. (Tiny white building next to the derelict factory, barely visible). 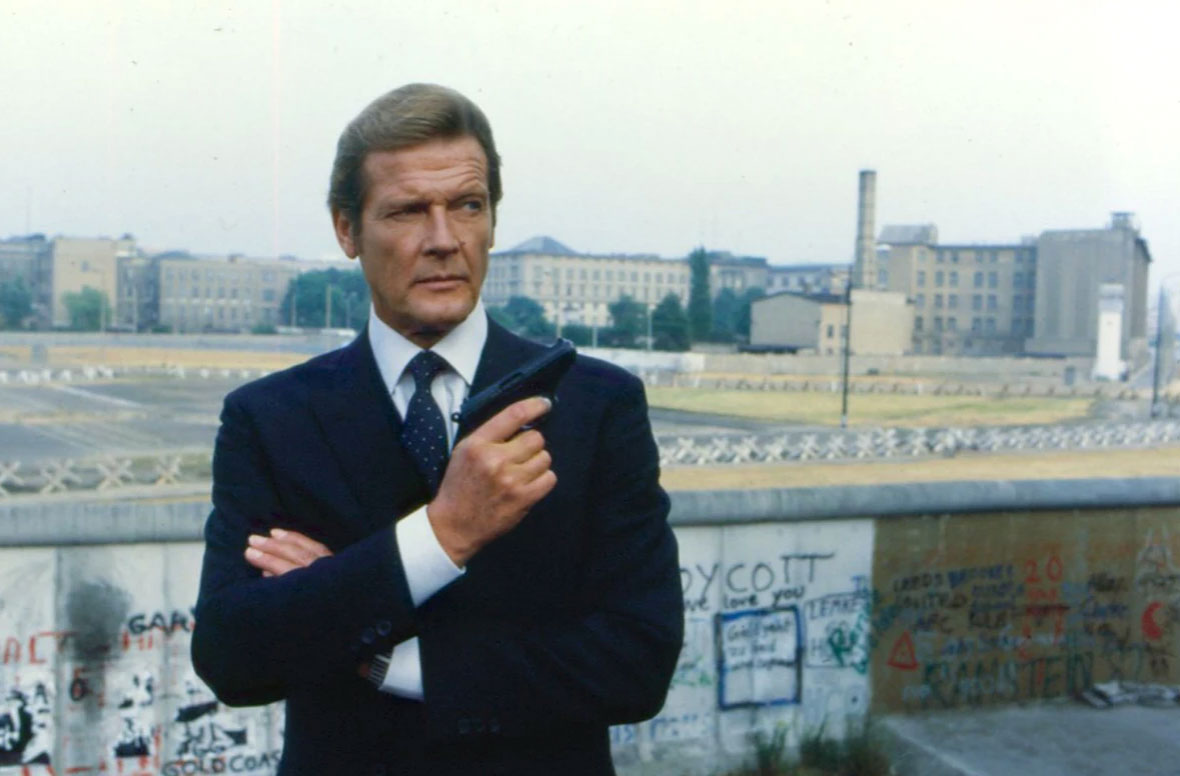 Where is this spot exactly?

If you head to Potzdamer Platz, face towards the Abgeordnetenhaus (which is a son of a bitch word to say and spell) then you’ll get the spot. 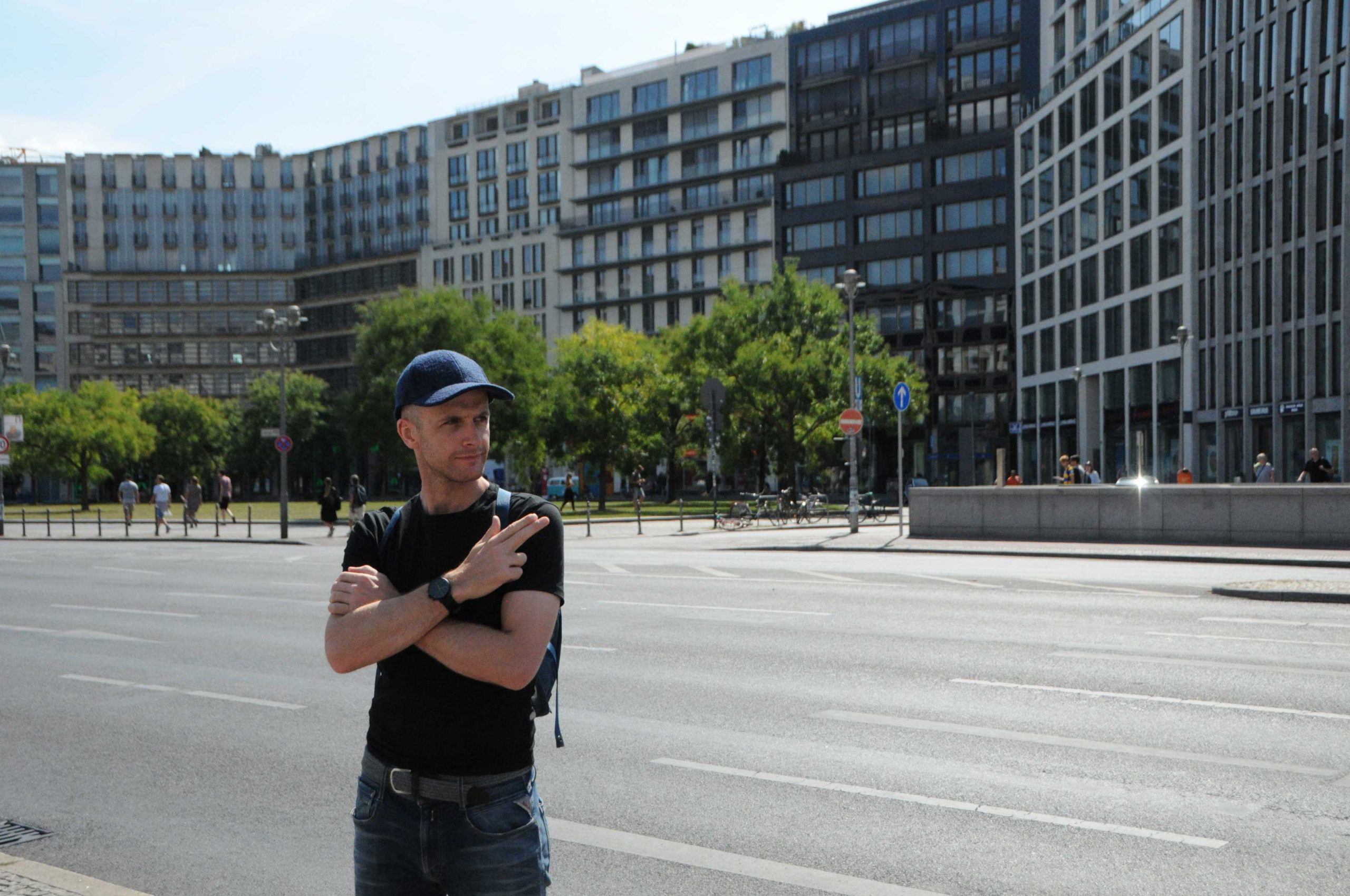 Finally, here we are

In the back ground is the Leipziger Platz, behind me is the German Spy museum that has a few pieces of Bond memorabilia. I did not go, which is a regret. You can buy a Museum pass for 29 euros that will get you into most museums.

(Not the Charlottenberg Palace as we later found). It’s well worth it. The Ishtar Gate and the bust of Nefertiti is quite something. I’ll include photos at the bottom of the post. 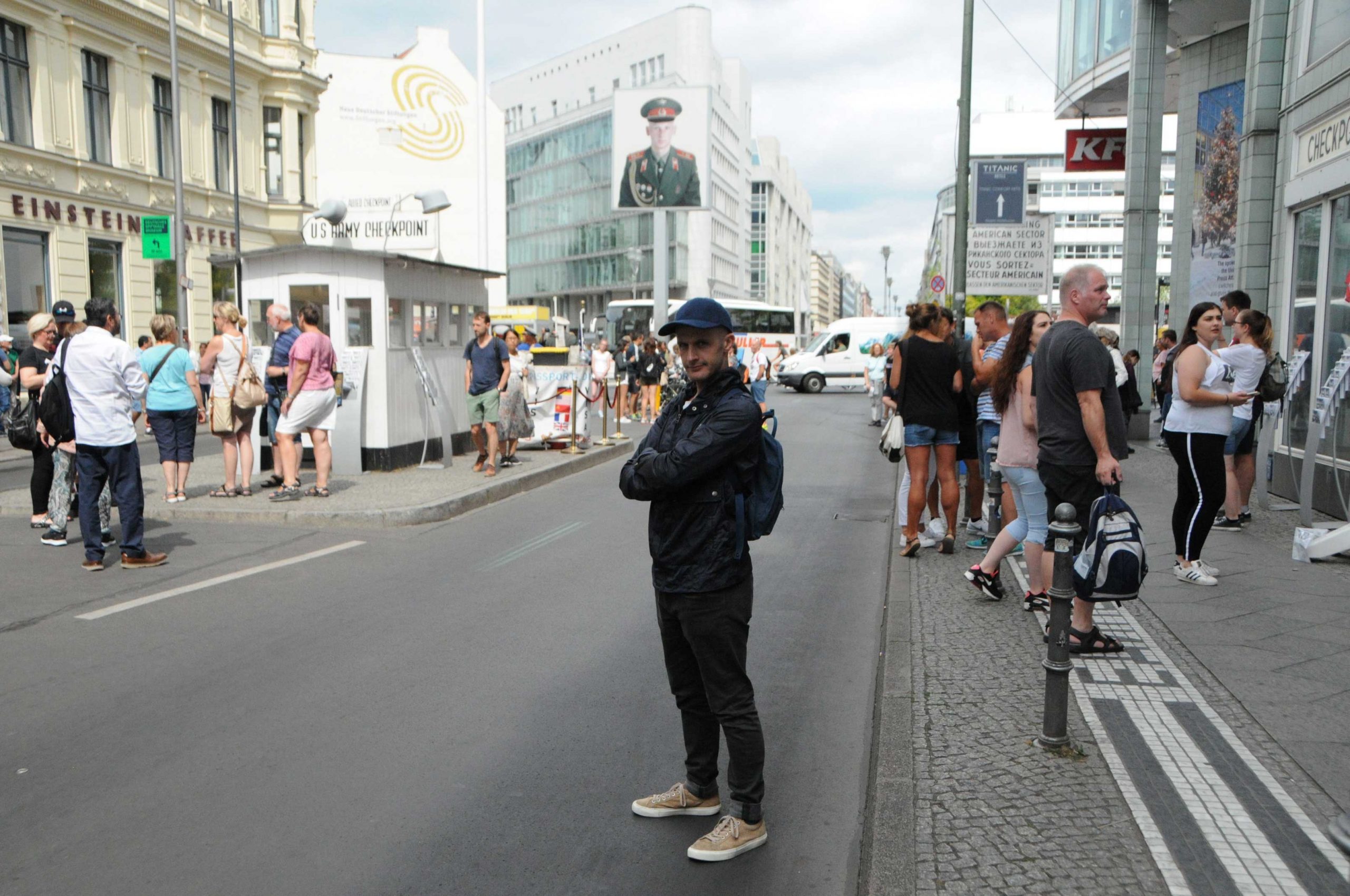 According to sources the production team arrived at Checkpoint Charlie, got the shot of Bond being dropped off, called cut and hurried back from whence they came.

The tour guide told us to keep an eye on our bags and wallets as pickpockets are rife. Generally Berlin is very safe, and we felt safe but worth keeping in mind. 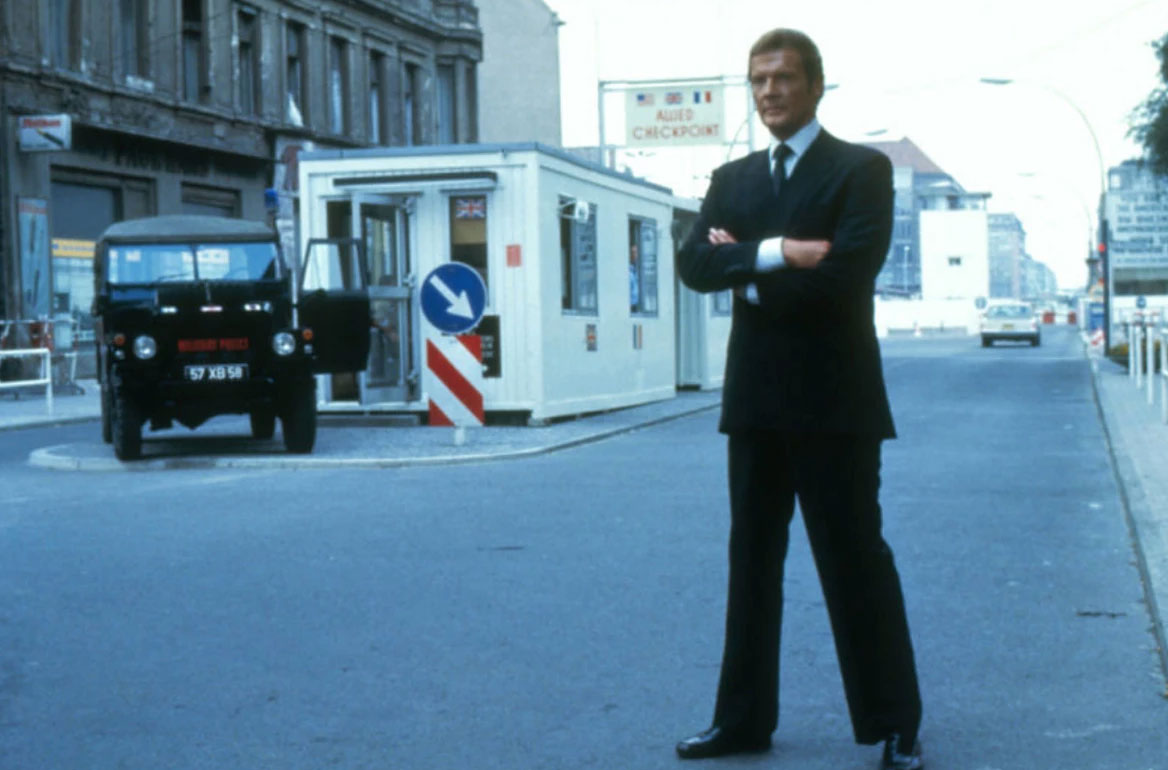 You put on a good show

The original Checkpoint hut has been removed and is now in the Allied Museum. Guards are actors by a staged hut that charge 6 euros per picture. I don’t know what the money goes towards. 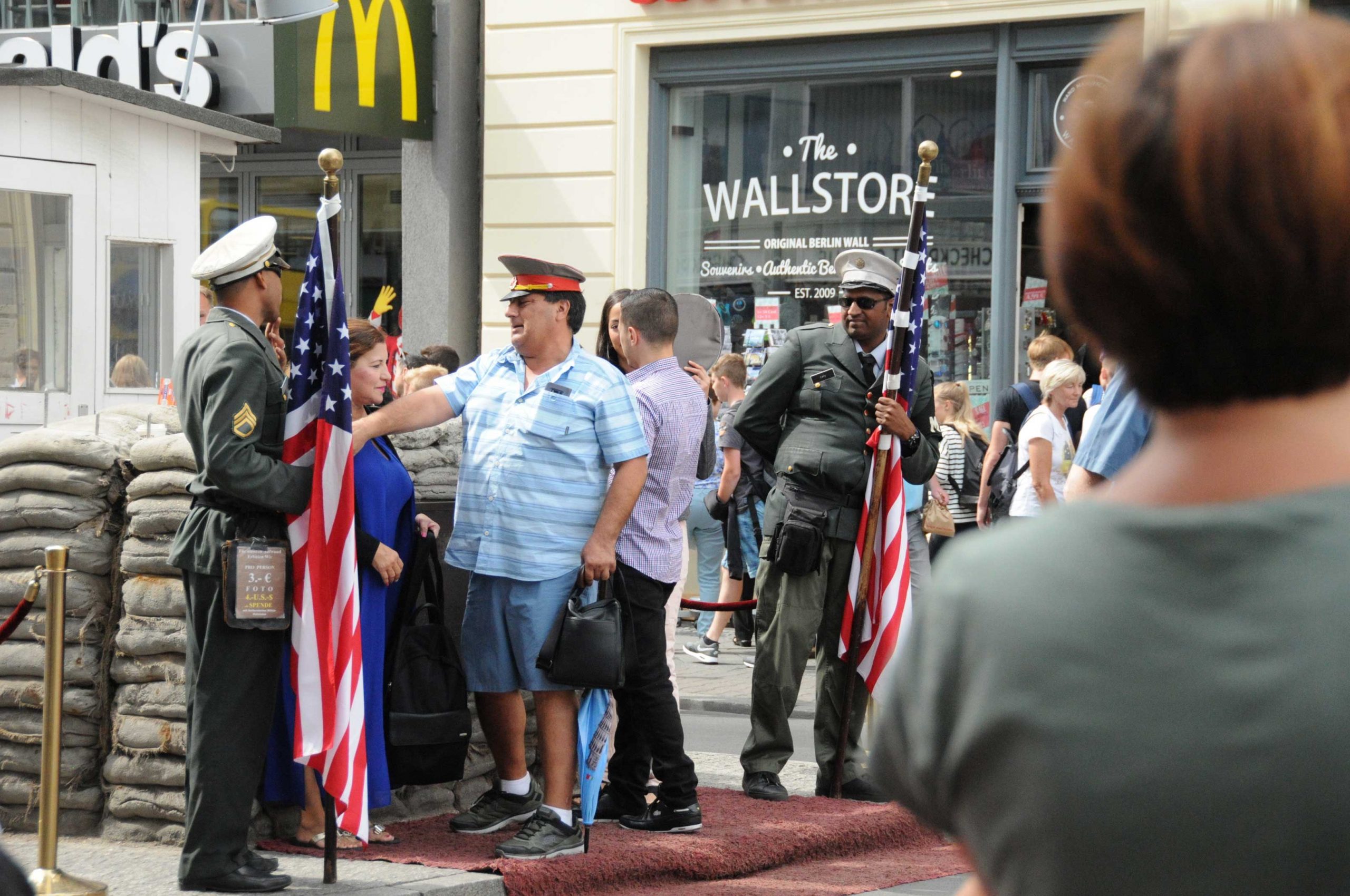 Opposite the Checkpoint you’ll find the Back factory. I was told there was a treasure trove of Octopussy memorabilia there, sadly it was just the Astro plane hanging from the ceiling. Still, was nice to see. We didn’t try the food. (Dated Aug 2018). 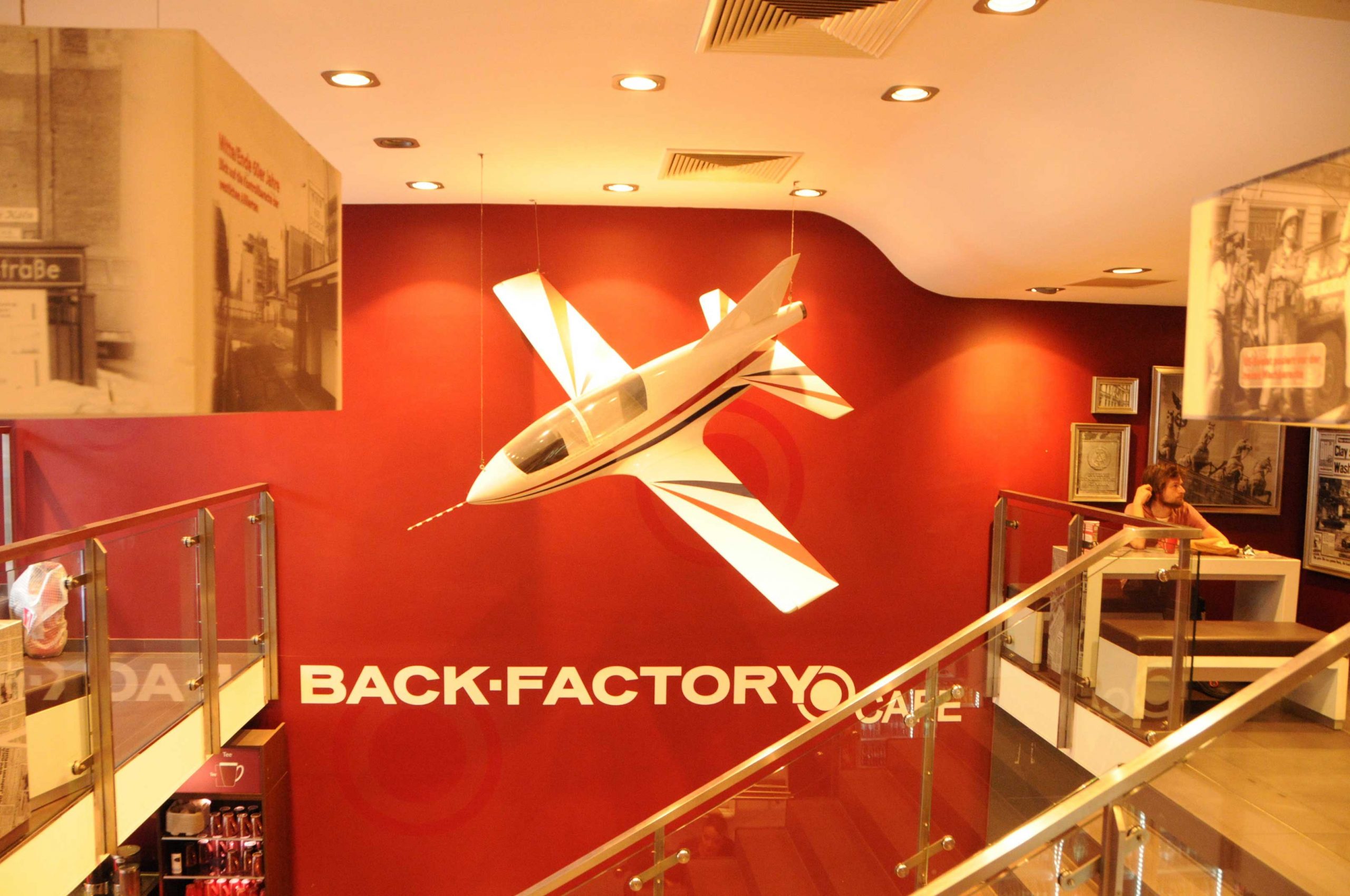 Lastly there is the Brandenburg Gate. Very famous location. Although as I was kindly illustrated on Facebook I stood on the wrong side. Roger stands near to the Siegessäule. 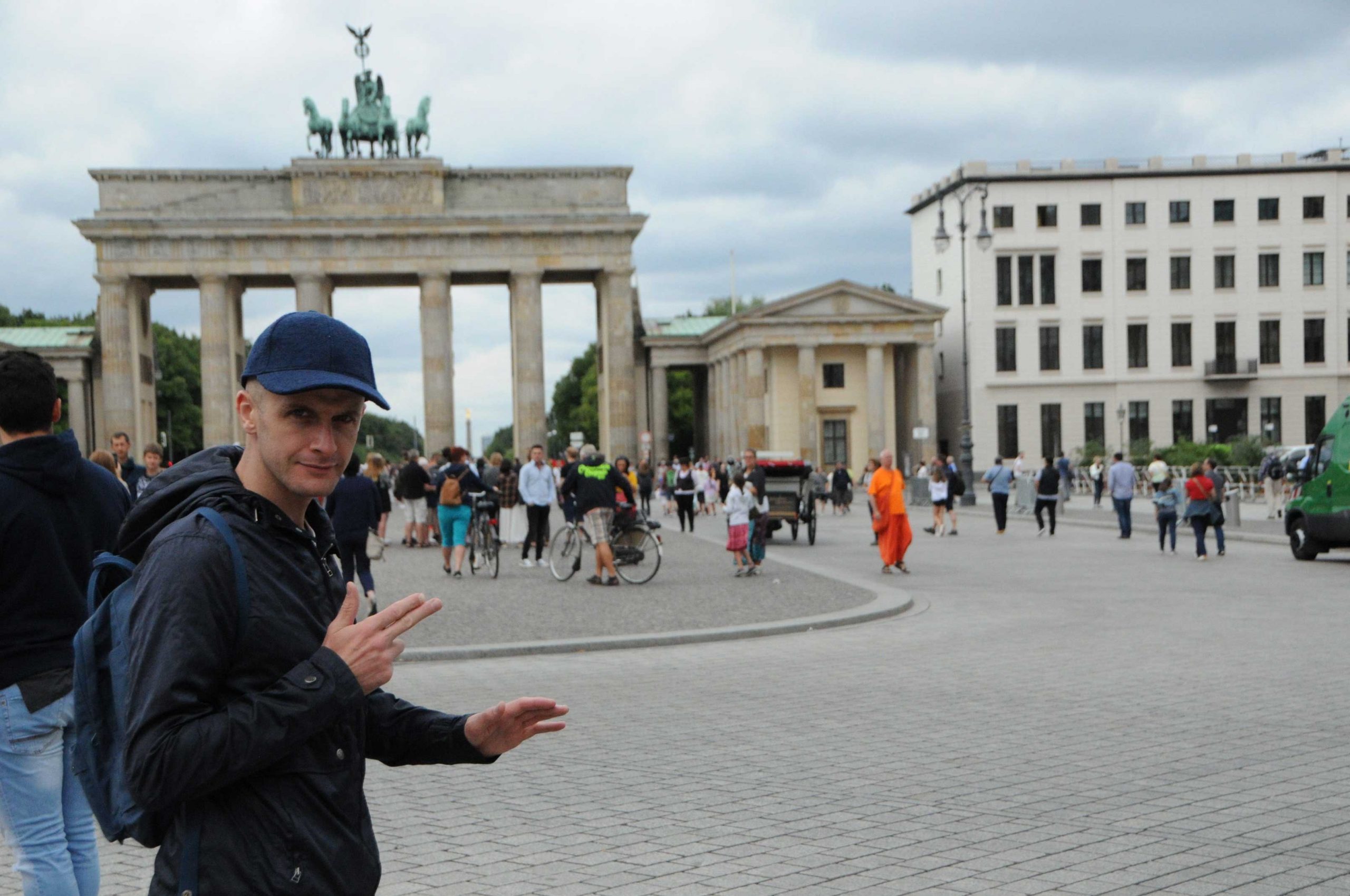 The Berlin Wall is clearly evident in the in the Roger picture and you’ll see the cobbled trace of the wall the other side of this gate. (Bugger). 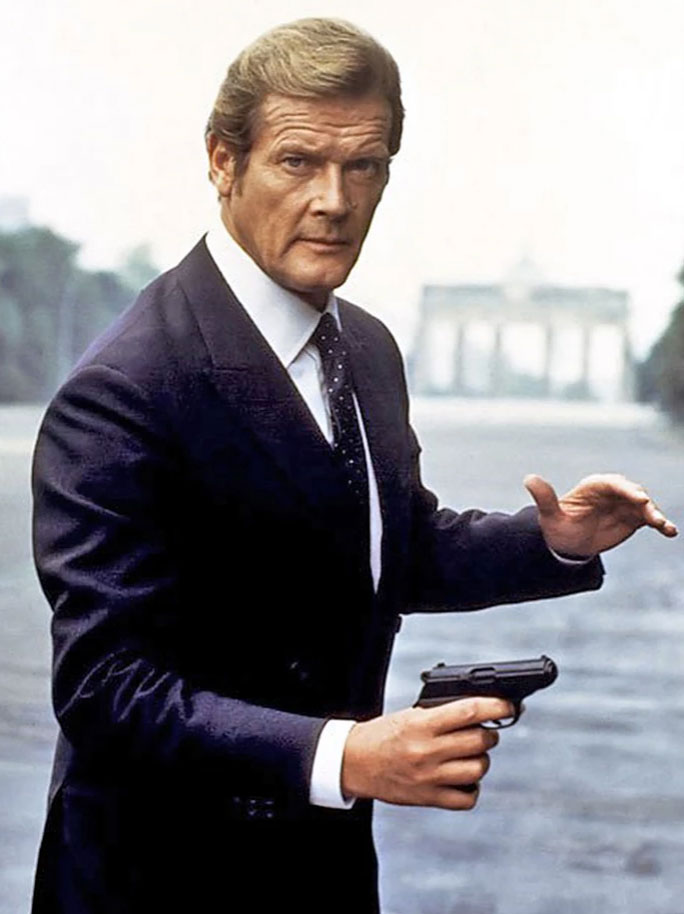 Which suit is it?

Moore used the same double breasted navy suit and polka dot tie for these promo stills that he did for certain scenes in Octopussy.

One is the arrival at the Checkpoint and the other is in the circus. You’ll forgive me for not describing the suit here, Matt has done so so eloquently on his blog that you can read about here. 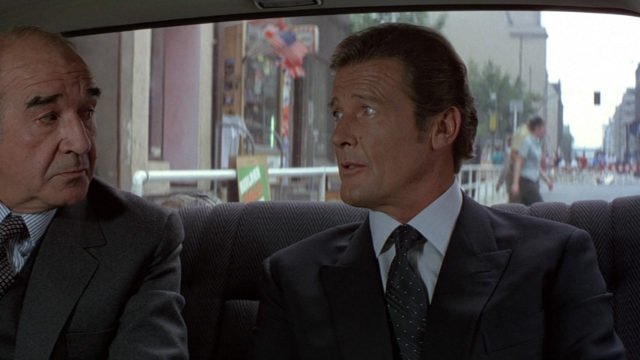 Daniel Craig, Naomi Harris and Christoph Waltz also used the Brandenburg Gate as a backdrop for the Spectre press tour of Berlin. 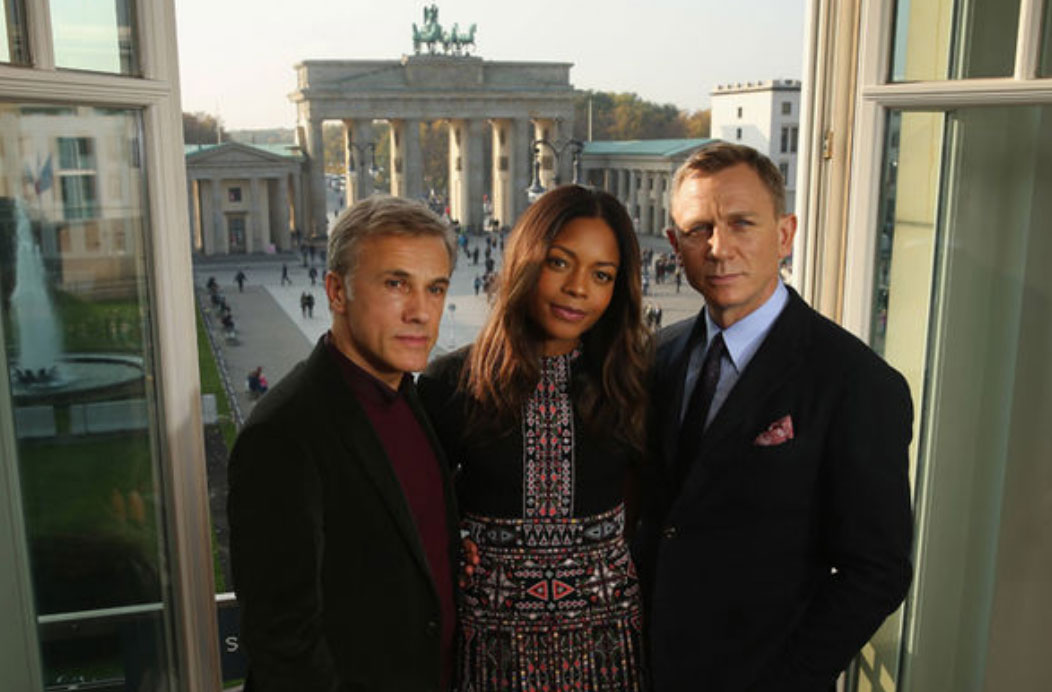 The Other James Bond in Berlin

BERLIN OUTSIDE OF BOND

It’s important to note this city has many other things going on outside of the world of James Bond. Let’s start with the bad and work to the good.

It’s a construction site. Every road, every building, every where. The buildings that are standing flip between brutalist and neo-classical. Neither are satisfactory because of how disjointed and syncopated they are in relation to each other. 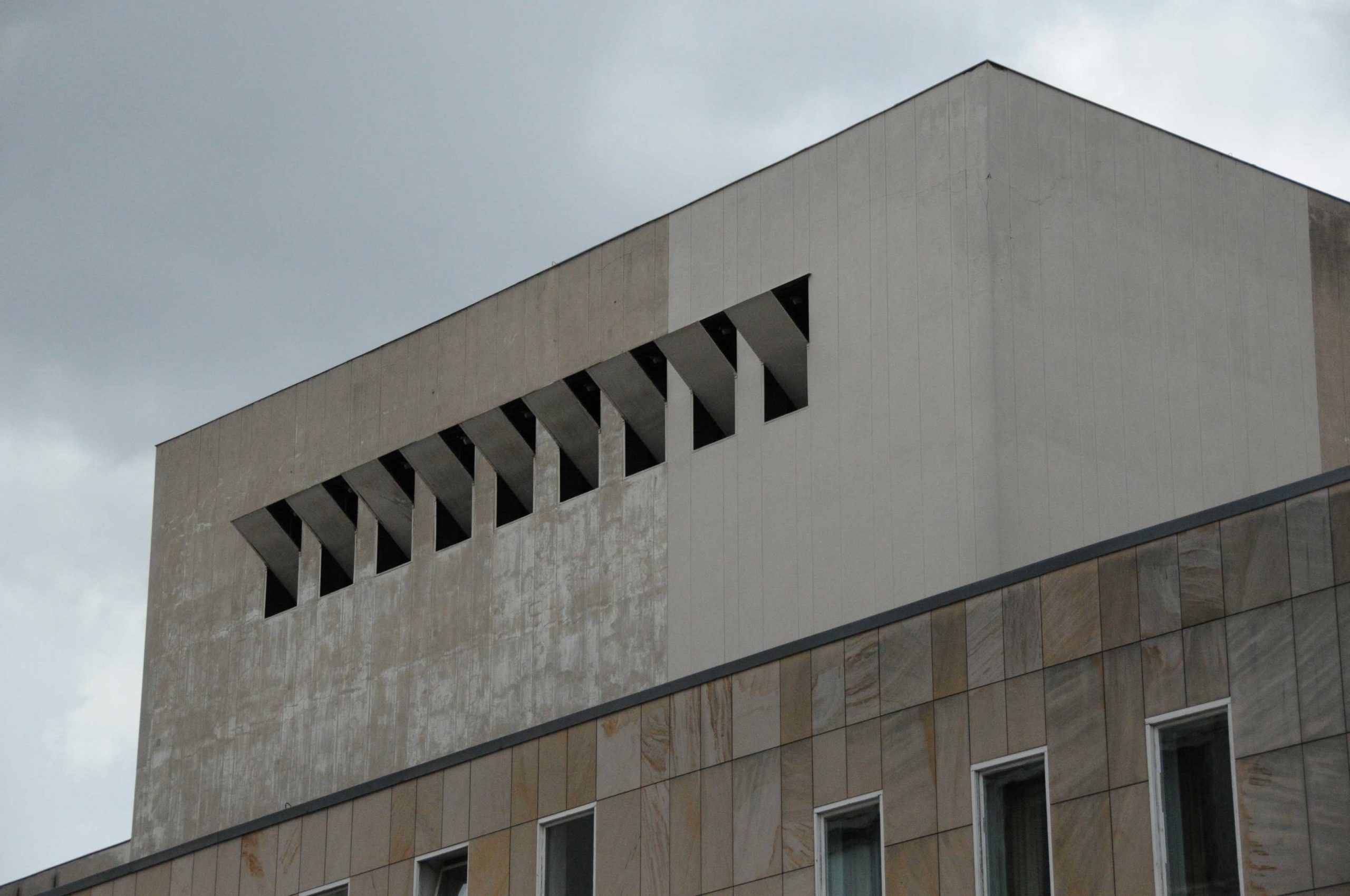 That said, the dude that restored the museum pillars at the Island Museum won an award for keeping the bullet holes in. 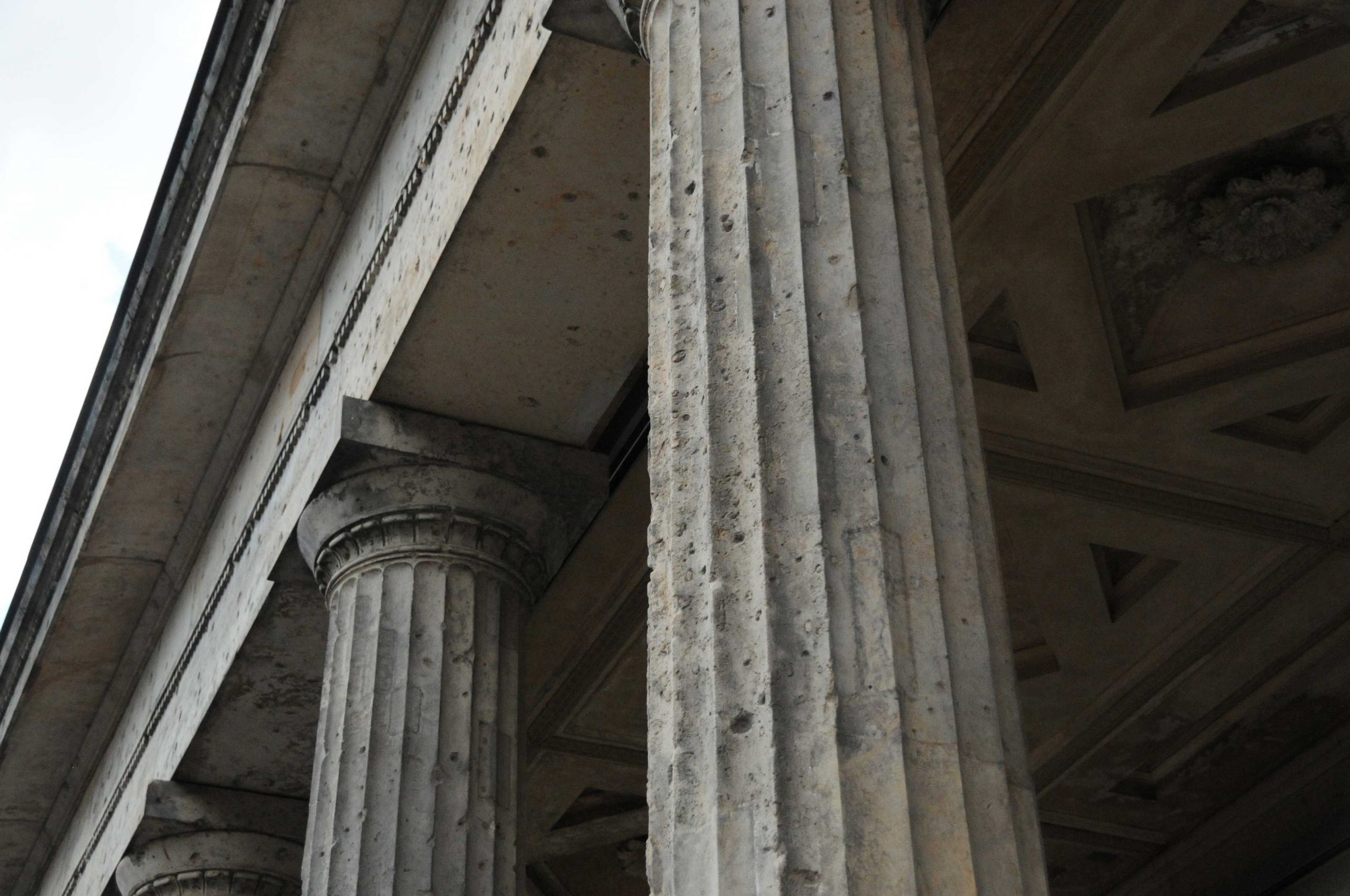 You have to think that 87% of Berlin was destroyed during the war. With the Wall only coming down in 1990 thanks to all the lobbying from David Hasselhoff, this is still a relatively young international city.

You can follow the course of the Berlin Wall thanks to the twin-strips of cobbled stones that delineate the walls original position. (See below). 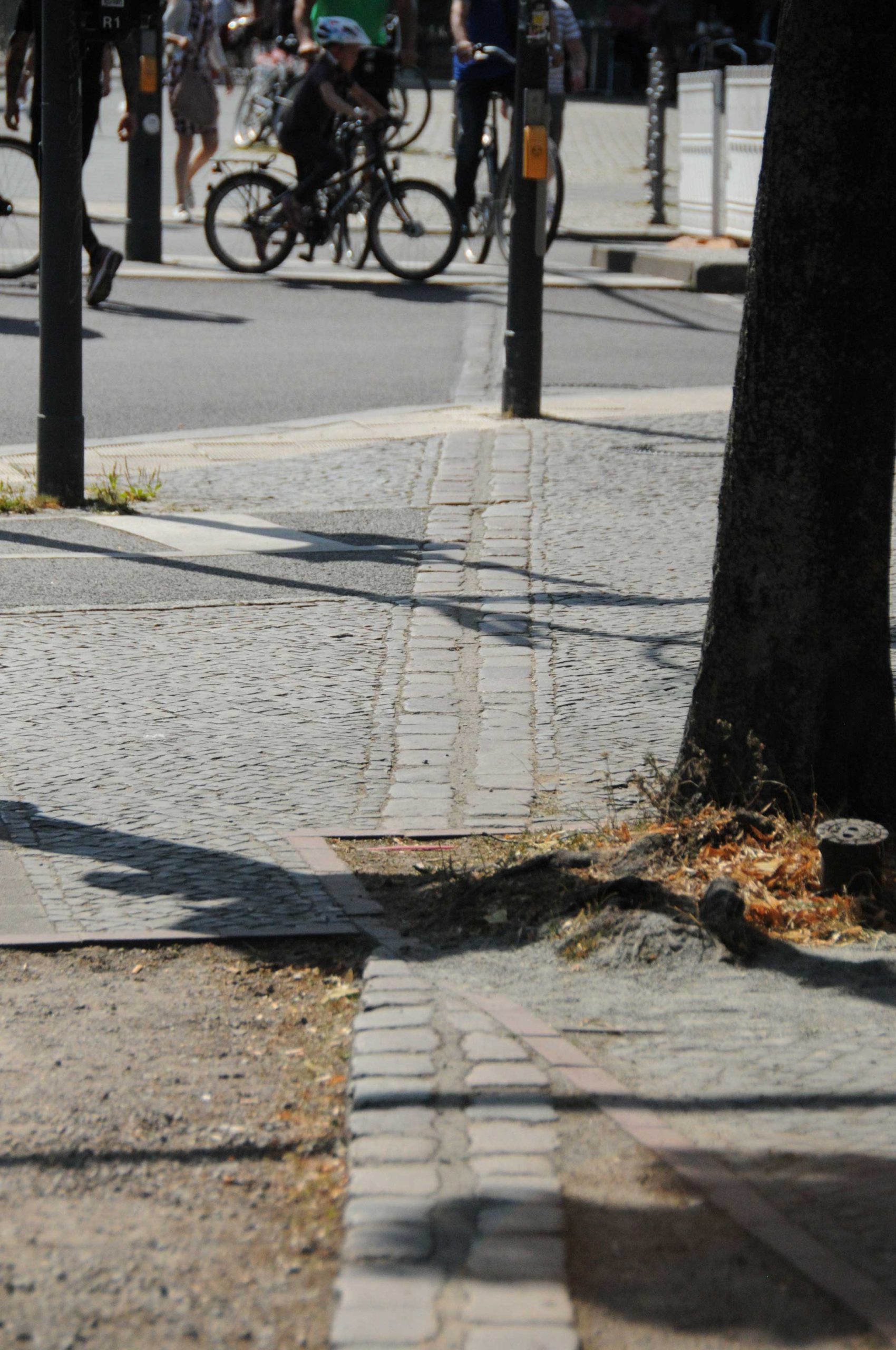 A very poignant place to visit. Not great etiquette to stand on the concrete plinths so I’m told. Thankfully there are no swaths of Chinese tourists here like we saw in Angkor Wat.

There is a place under the memorial where the stories of individuals are told. But we didn’t get time to visit. 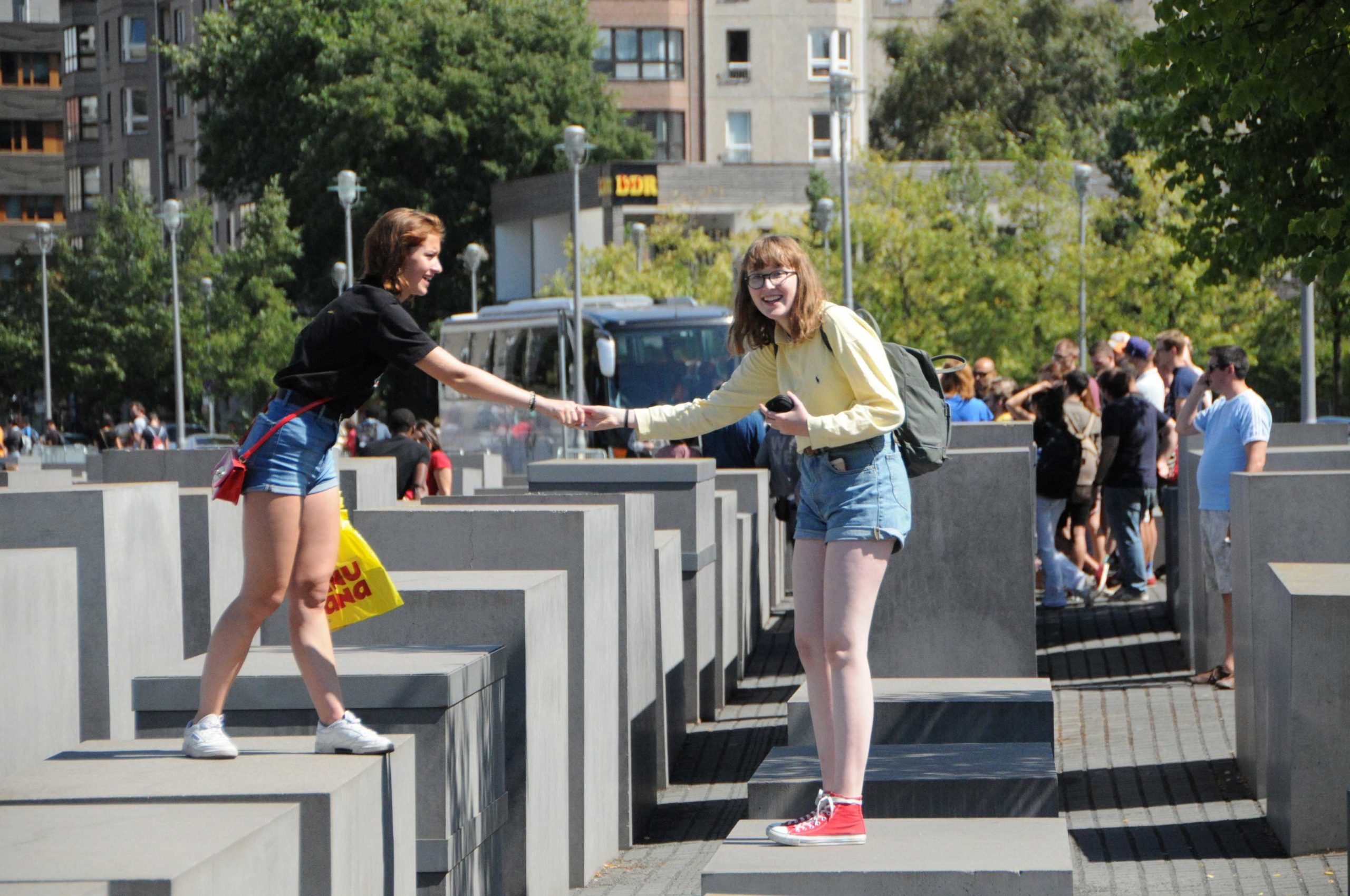 The Memorial to the Murdered Jews of Europe, also known as the Holocaust Memorial, is a memorial in Berlin to the Jewish victims of the Holocaust, designed by architect Peter Eisenman and engineer Buro Happold.

Apparently the number of the concrete plinths have no relevance, the height, the order, have no meaning. Much like the war itself. 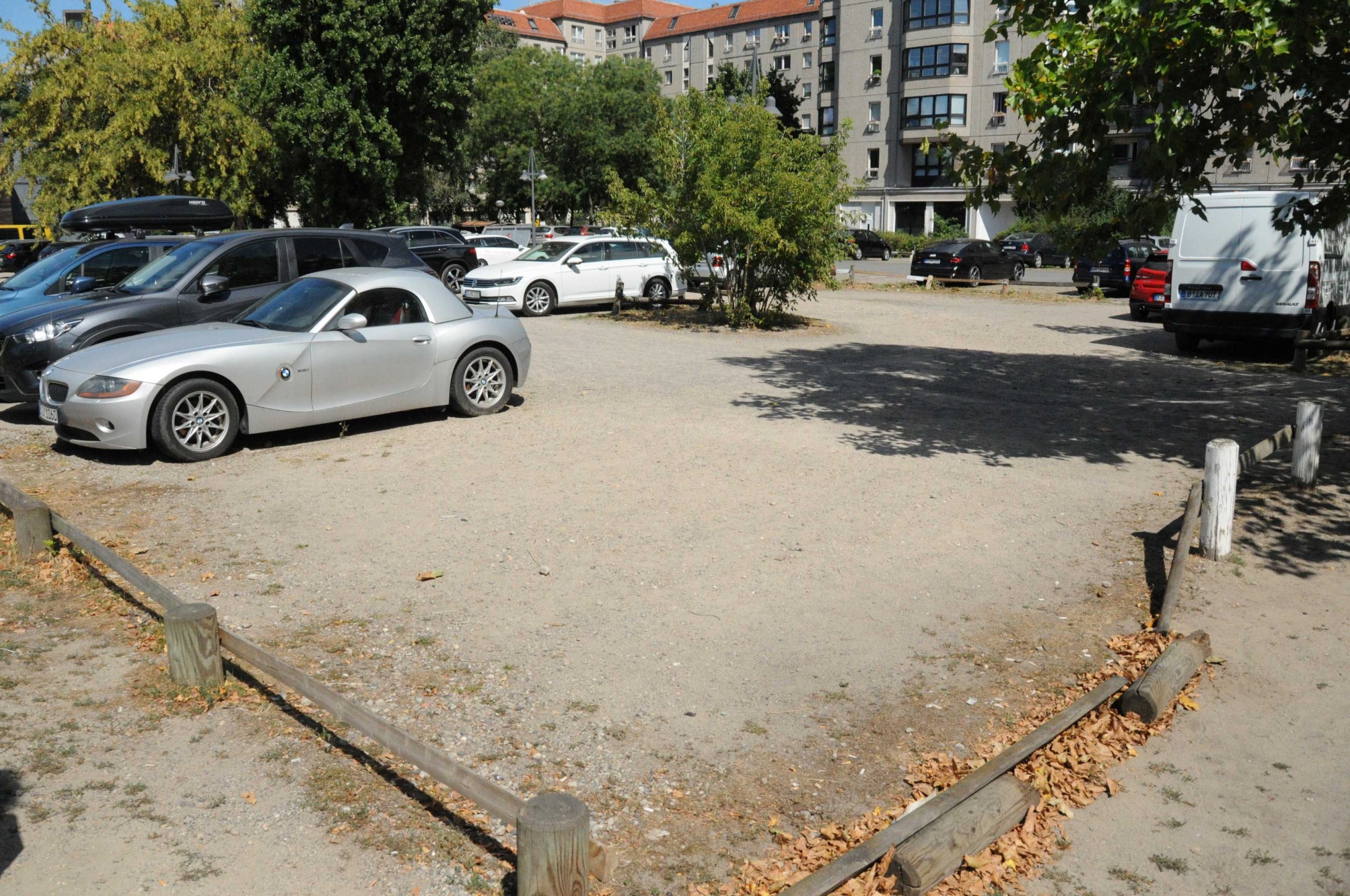 WHERE DID HITLER DIE IN BERLIN?

That mother-effer has no plaque, no tombstone, nothing. It’s just a car parking spot near a block of flats.

The tour guide dismissed rumours that Hitler is still alive and well and dining with Elvis in Argentina. It can be found in Gertrud-Kolmer Strasse.

This was the spot where after Hitler committed suicide by swallowing cyanide and shooting himself in the face, him and his newly wedded wife were dragged outside and set fire to by his own men. 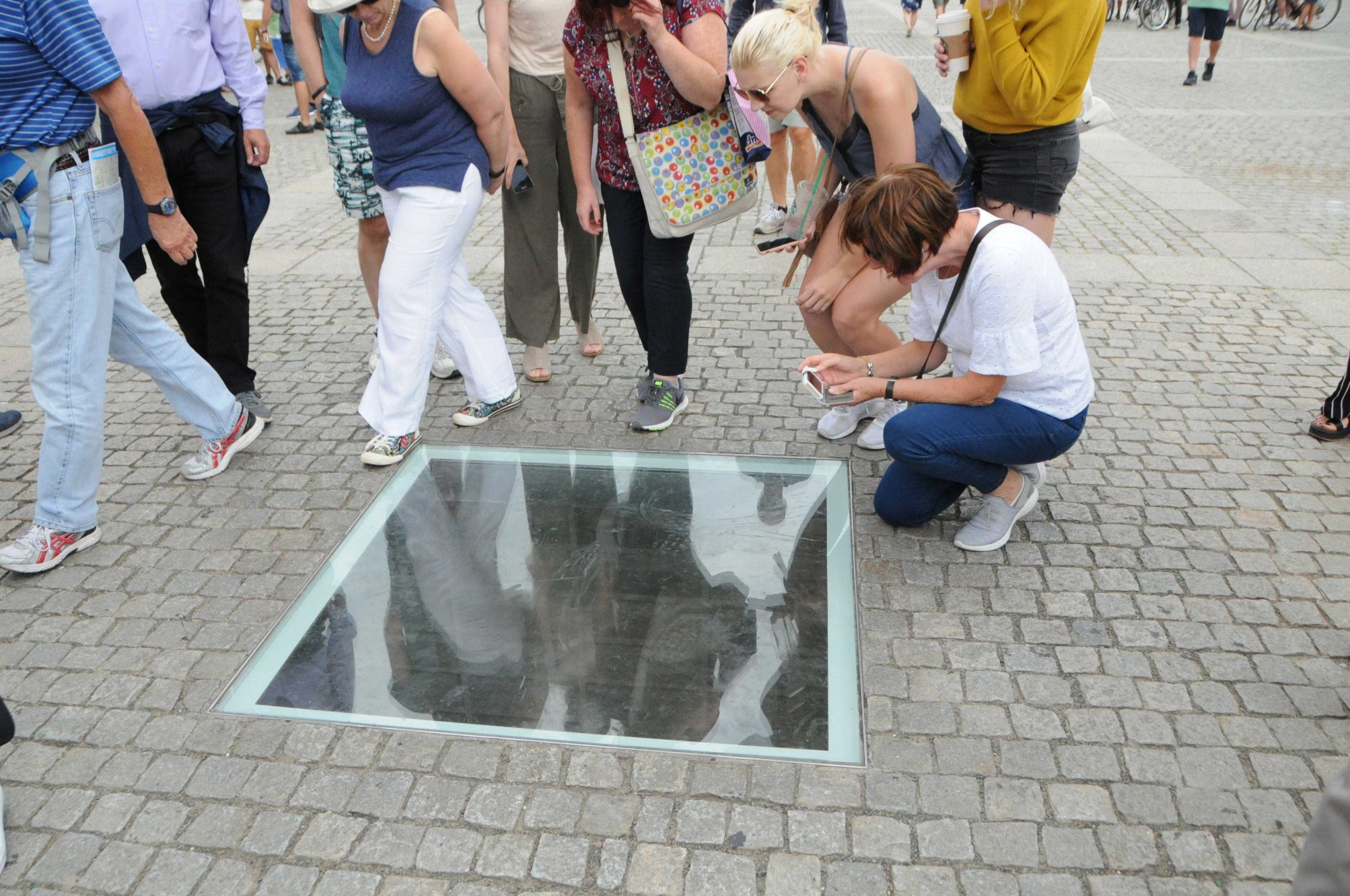 WHERE DID THEY BURN THE BOOKS?

That’s by the Humboldt University. There is a glass pane on the ground and a small room beneath that contains empty bookshelves.

A very symbolic reflection of the Nazi book burnings, a campaign conducted by the German Student Union (the “DSt”) to ceremonially burn books in Nazi Germany and Austria in the 1930s. The books targeted for burning were those viewed as being subversive or as representing ideologies opposed to Nazism.

Small fact, you remember that Nazi book burning scene in Indiana Jones and the Last Crusade? Well the guy that played Hitler was the Headmaster in Grange Hill. 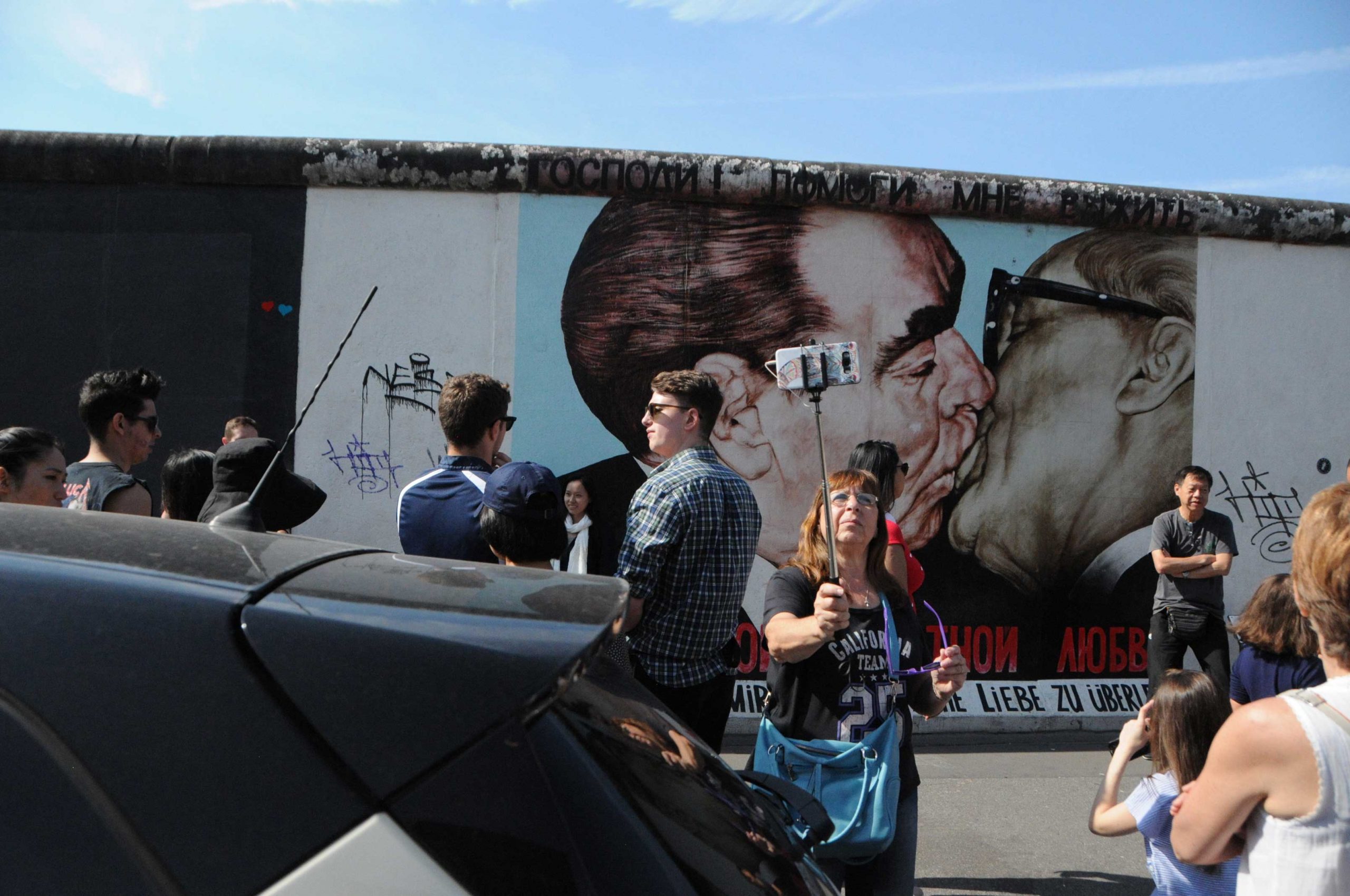 MAKE SURE YOU VISIT EAST SIDE GALLERY

It’s the longest running section of Berlin wall still remaining. It has graffiti on it that is very decorous, but if you’re after moody isolated shots then the other side of the wall is less illustrative and less touristy as a result.

“The most famous paintings on the Berlin Wall is My God, Help Me to Survive This Deadly Love, sometimes referred to as the Fraternal Kiss, a graffiti painting on the Berlin wall by Dmitri Vrubel.

Created in 1990, the painting depicts Leonid Brezhnev and Erich Honecker in a fraternal embrace, reproducing a photograph that captured the moment in 1979 during the 30th anniversary celebration of the foundation of the German Democratic Republic.” 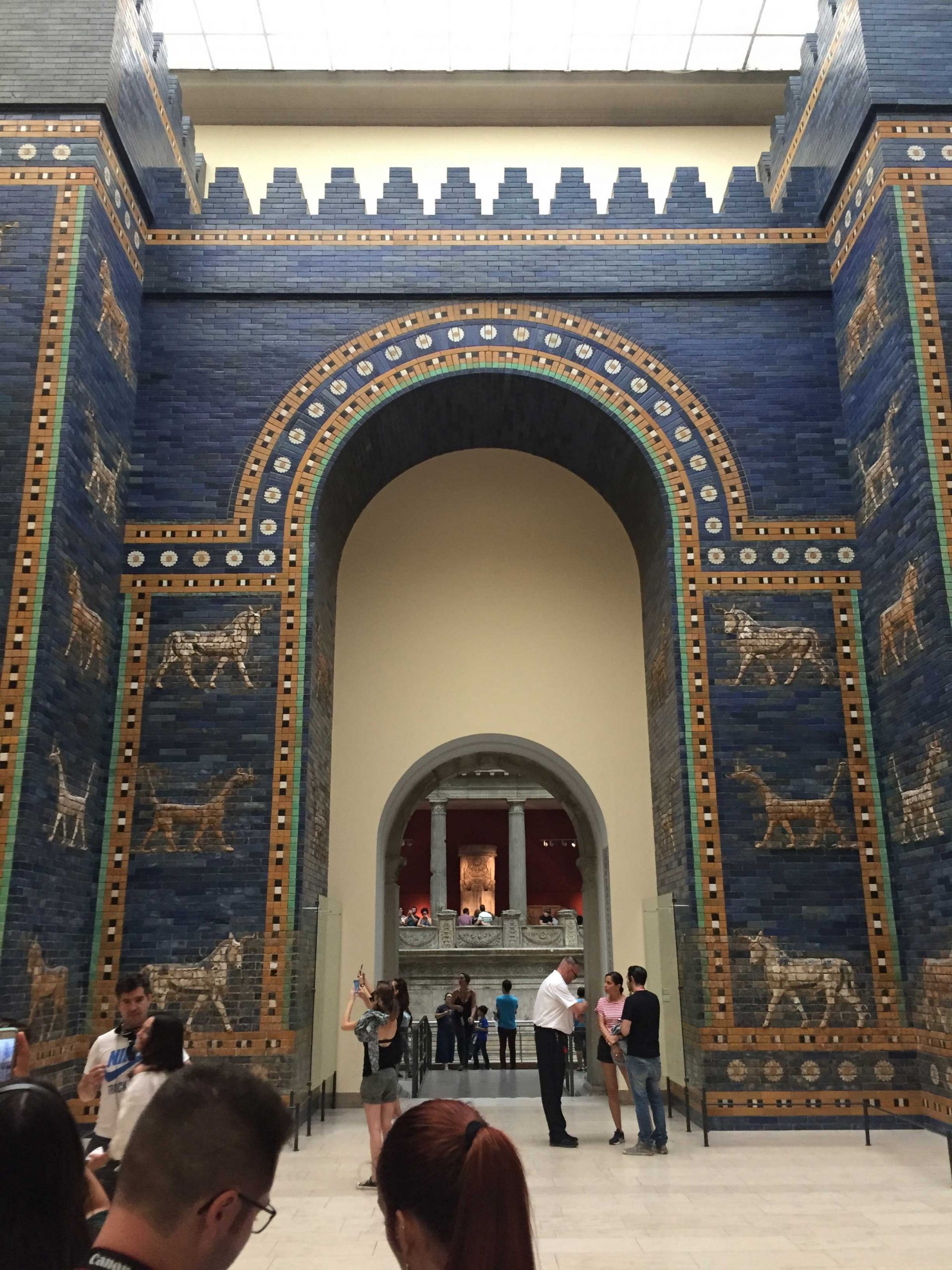 I’d like to credit the following sources for this article on James Bond in Berlin. However, if you click on any image you can follow me on Instagram where I spend most my time and can am happy to answer any questions about the blog.

Where is the original hut of Checkpoint Charlie? – Dark Tourism

Other Bond Locations I have visited.