Hannibal dispatches Sogliato with a swift nonchalance. Impaling him with the ice pick to the temple shortly after serving cocktails to him and Dr Bedelia Du Maurier. This boating jacket I have not seen on the Prop Store Auction so can only give you my humble opinion on it’s origins. Seeing as a later dinner jacket, not branded on the auction, but in the costume sheets mention the Armani brand, might suggest this too is an Armani jacket. 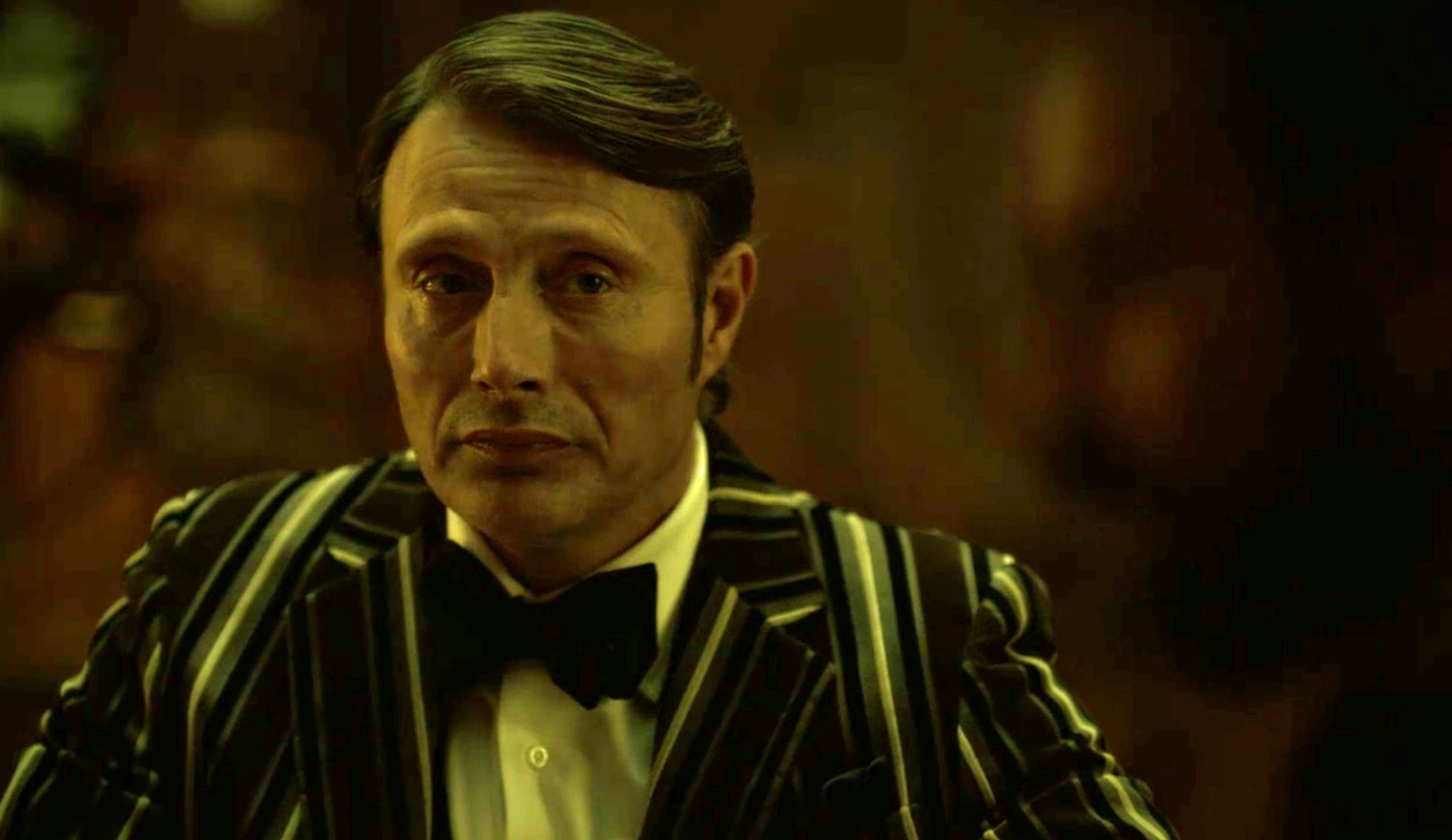 Some might call this a sports jacket, dinner jacket etc. In truth it’s probably just a striped blazer. As he is serving cocktails it’s showy enough for cocktail dress. However, I saw this and it reminded me of Hackett of London late evening jackets one would wear to the Henley Regatta. (That’s an annual boat race in the UK, seen in The Social Network). New & Lingwood are also renowned for their boating jackets and a history of how it came to be common parlance amongst rowers can be found on their site here). 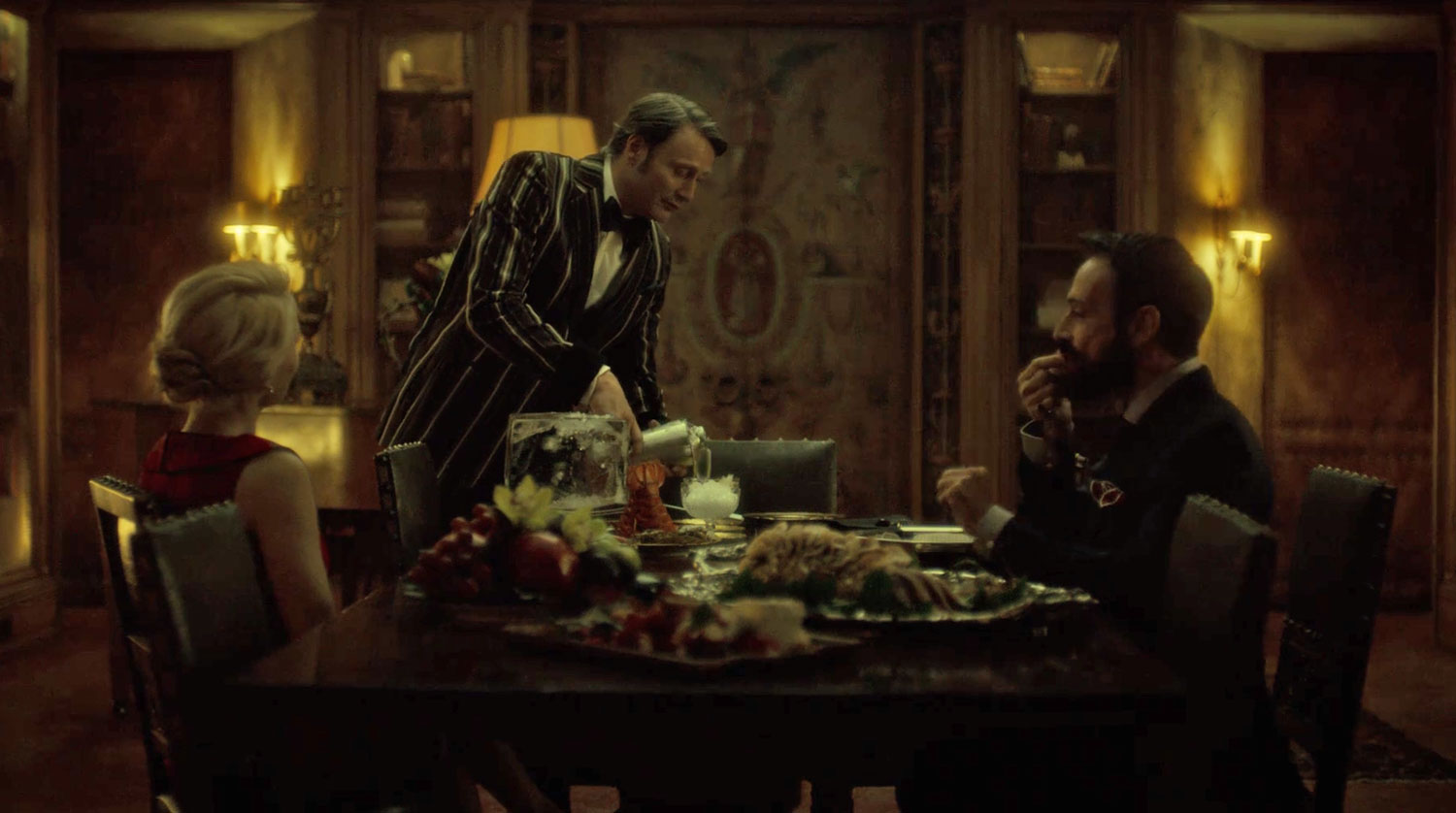 I’ll update the details on this jacket at a later date after I email Christopher Hargadon. (I want to send him a list of questions at a time, not piece meal inquiries).

This ‘boating jacket’ works brilliantly alongside the silvery-black swept hair of Hannibal. The fabric and hair frame his face perfectly in another dimly-lit setting. The fabric looks thick, maybe velvet. It has notch lapels, but these details that would normally be easy to discern, are quite difficult due to the heavy pattern and low-light. The bow tie is also large, giving the overall look one of vintage elegance. 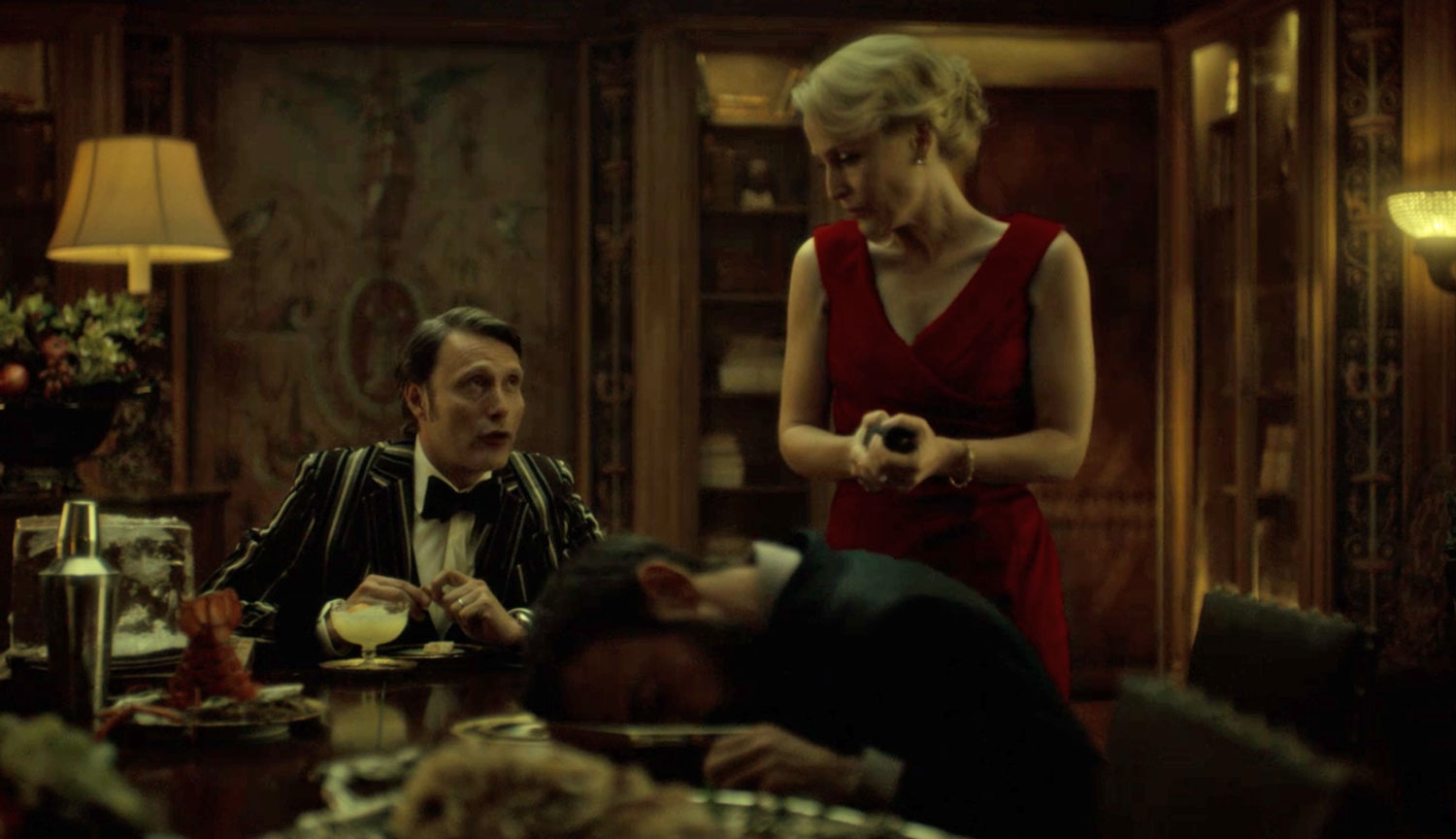 Would you believe this jacket is on the last page of the Prop Store Hannibal auction and is listed as a,

Hermes brand jacket made of black and cream coloured cotton and rayon and finished in a striped pattern.

It was used as a promotional shot and doesn’t it look fantastic. The jacket sold for $1800 at auction. 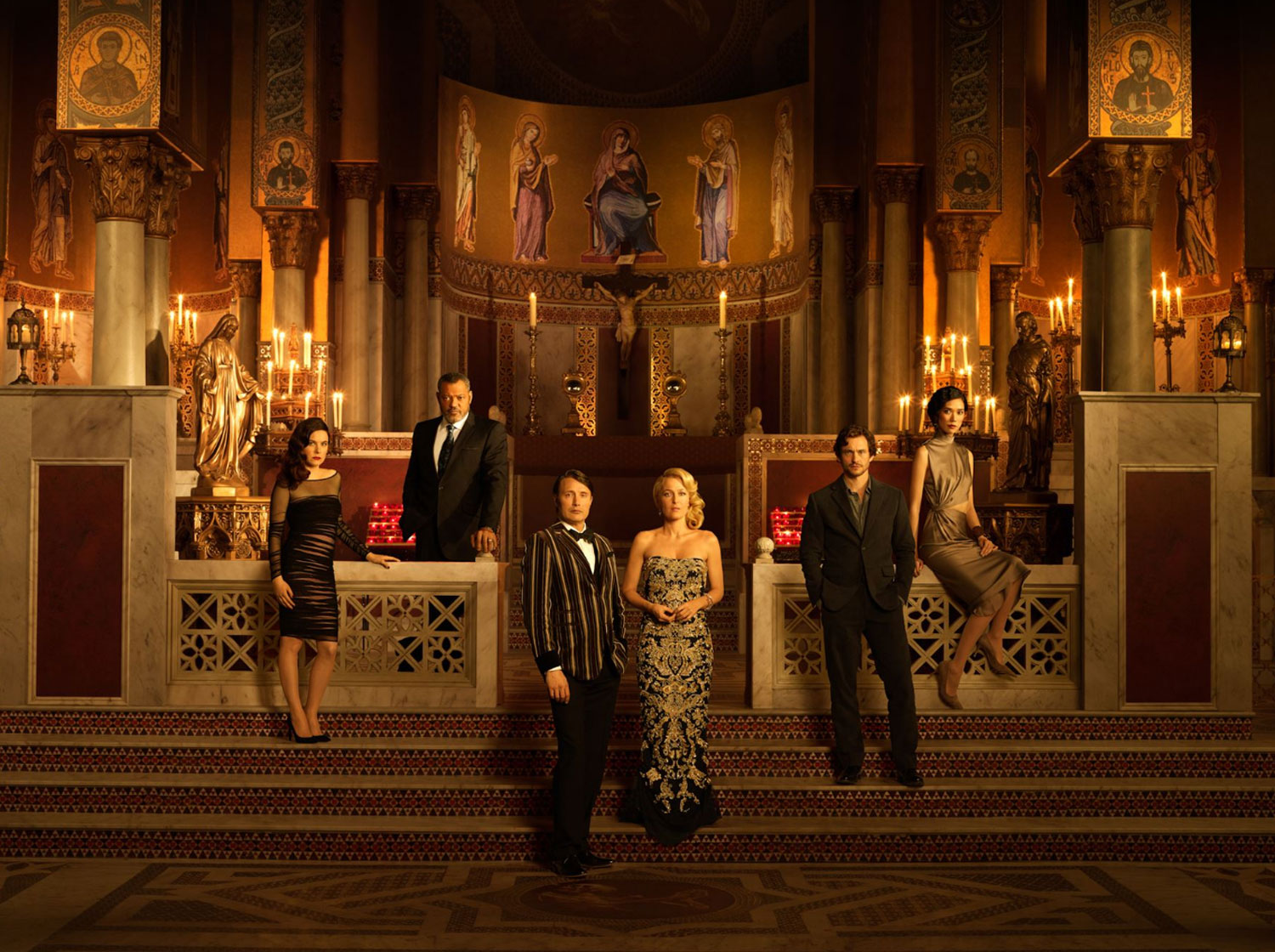