I really should be highlighting the black and white striped sports jacket that Hannibal fights Jack Crawford in for the final act of this episode. It’s a fantastic rematch and although we don’t want to see Hannibal killed off, I’m glad that Jack got his vengeance despite failing to finish off Hannibal in either of their encounters.

Instead I wanted to discuss Hannibal Lecter’s maroon sport coat by one of my favourite designers Alexander McQueen. In a scene where Alana Bloom (Caroline Dhavernas) and Mason Verger (Joe Anderson) discuss tracking Hannibal through taste, we only get to see a darkened cuff off this jacket. However, it gives us a window into the breadth of details that the production are willing to go to, to have Hannibal wear such a prestige jacket with only minimal and cropped screen time. I imagine other scenes were cut, and the director thought that less is more for this particular scene. 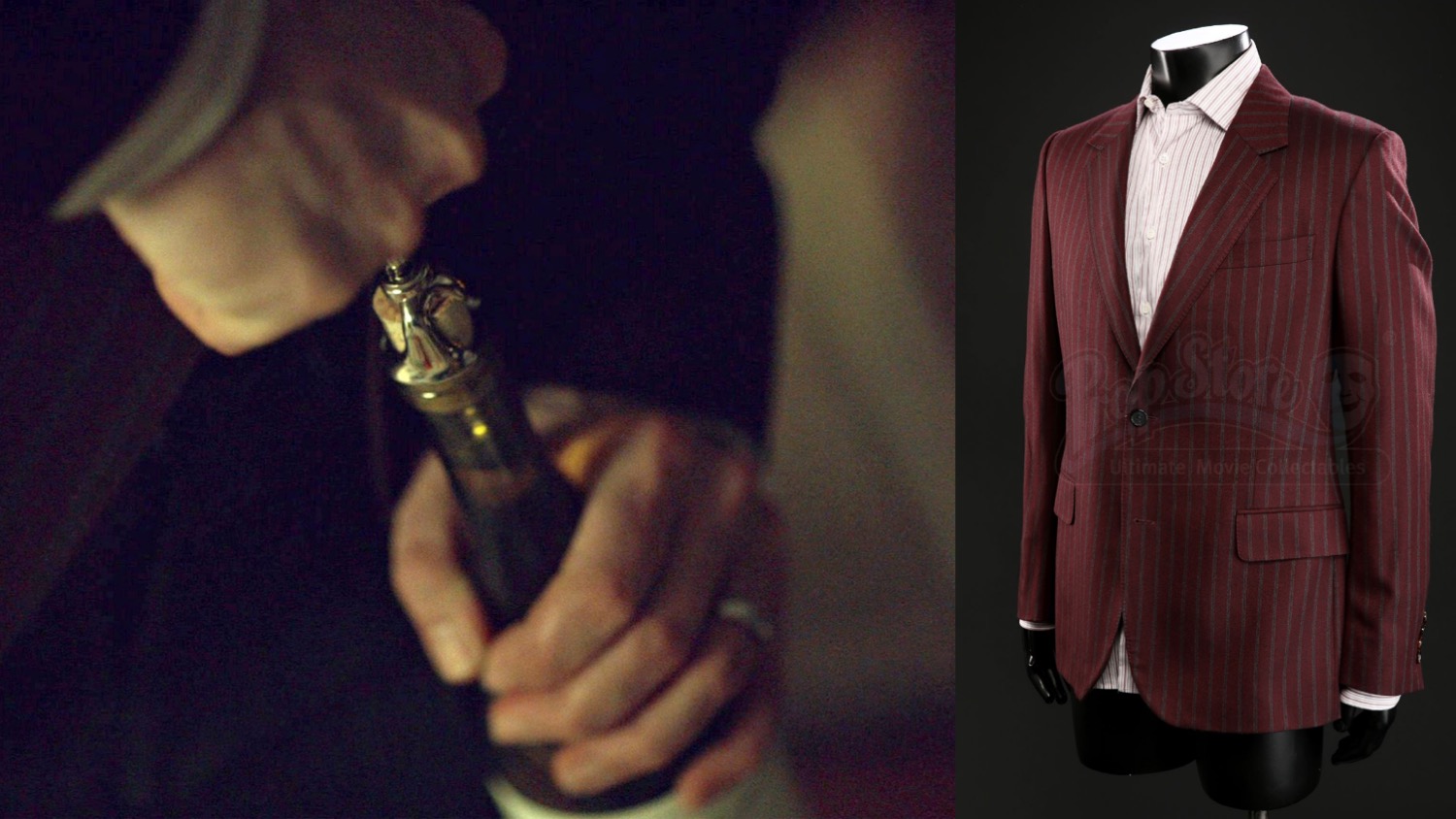 The costume notes on the Prop Store auction describe the jacket as,

Also documented in the notes is a custom made vest by Antonio Valente, which is the first time we can chronicle that there was some bleed over from the original tailor to Garrison Bespoke who we presumed did all of Season 3’s custom tailoring. The jacket is characterised by the straight flapped pockets on the skirt, the medium width notched lapels, and roped sleeves with soft padding on the shoulders. It’s hard to tell how natural these shoulders look on Hannibal as can only see the jacket on the mannequin. This jacket sold for 600 bucks.

This is a relatively restrained piece of tailoring by Alexander McQueen the brand. The man (known to his friends as Lee) sadly committed suicide in 2010. His shows were infamous for their innovative creativity. In most cases shocking, yet compelling. The likes of which have never been seen before or since. They may be on YouTube, but are best chronicled in the film McQueen.

Where to buy & Further reading

In Conversation with Costume Designer for Hannibal Christopher Hargadon | #140

All three series of Hannibal is available to buy on Amazon. I would also recommend getting the Alexander McQueen book which I bought at the V&A exhibit. This is the definitive publication on Alexander McQueen.