A VIEW TO A KILL – JAMES BOND PARIS LOCATIONS

We all know the Eiffel Tower is the must-see tourist attraction in Paris and the ultimate James Bond Paris location.

But I went on a mission to find arguably the biggest tourist attraction in all of Paris that no one talks about, reportedly located just 5 minutes down the Seine river.

Yes I’m talking about the drop barrier that Roger Moore ploughs his recently acquired Renault taxi through in the James Bond movie A View to a Kill. 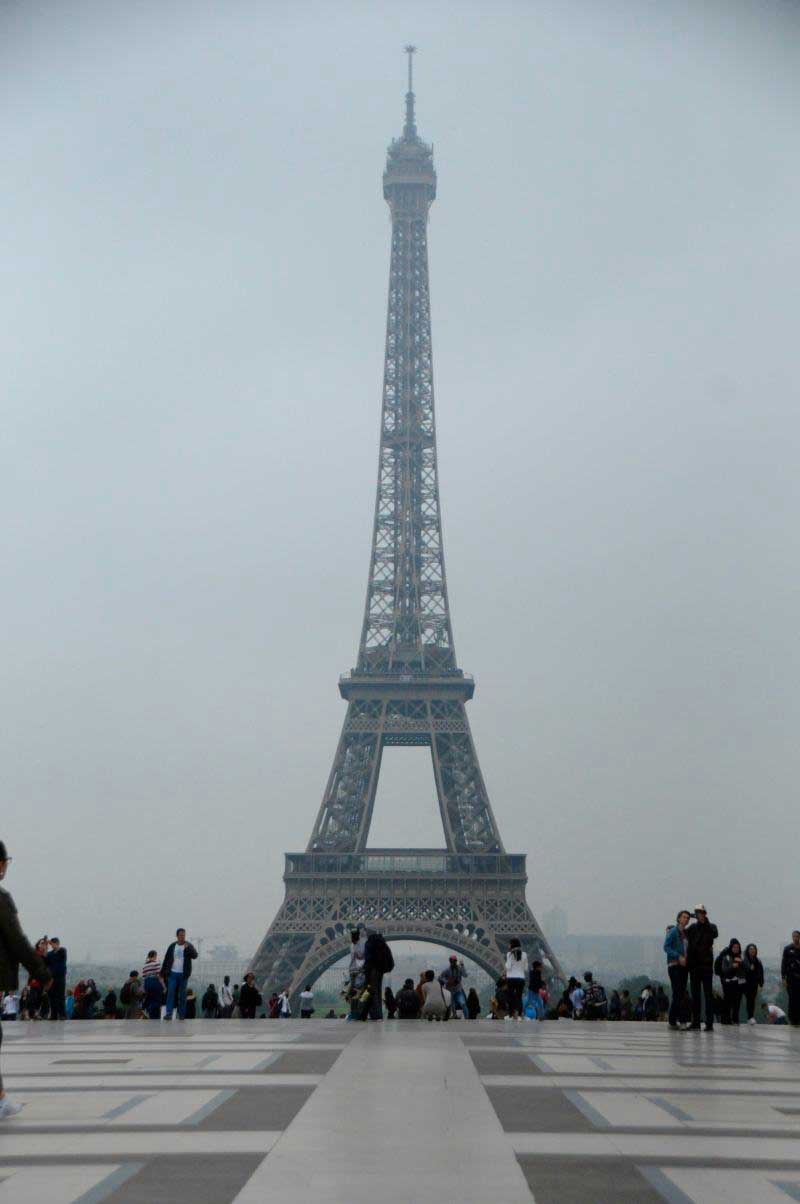 He was the man at the Eiffel Tower

The year is 1985, James Bond is having a quick splash of Bollinger 75 in the Jules Verne restaurant with Achille Aubergine before a deadly assassin (May Day) intervenes and kills Achille with a barbed butterfly.

Bond has time to make a pithy one liner, ‘there’s a fly in his soup‘ before giving chase up the Eiffel Tower. 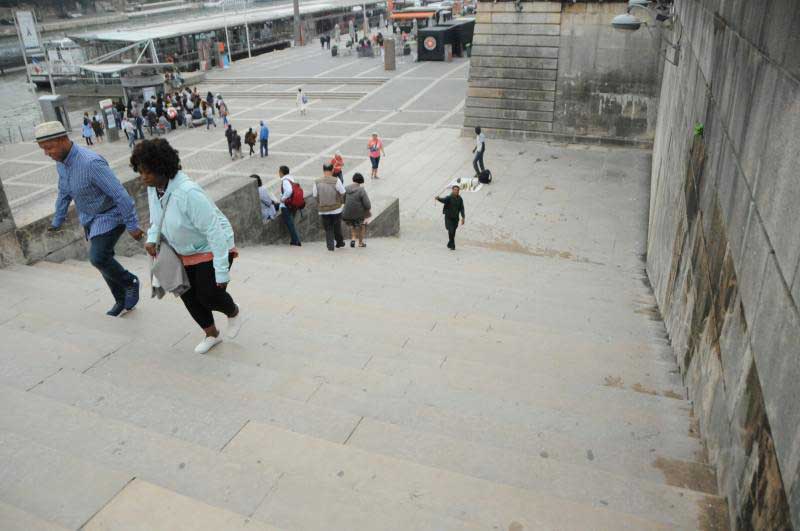 There’s a quick shoot out with May Day on the Eiffel Tower before she leaps off and parachutes over to meet Zorin by The Pont Alexandre III.

Bond does not give up instead ‘takes’ the lift back down, wrestles a reluctant taxi driver out from his Renault, does a 180 down the stairs of Pont d’Iéna and zooms off down the Quai Branly. 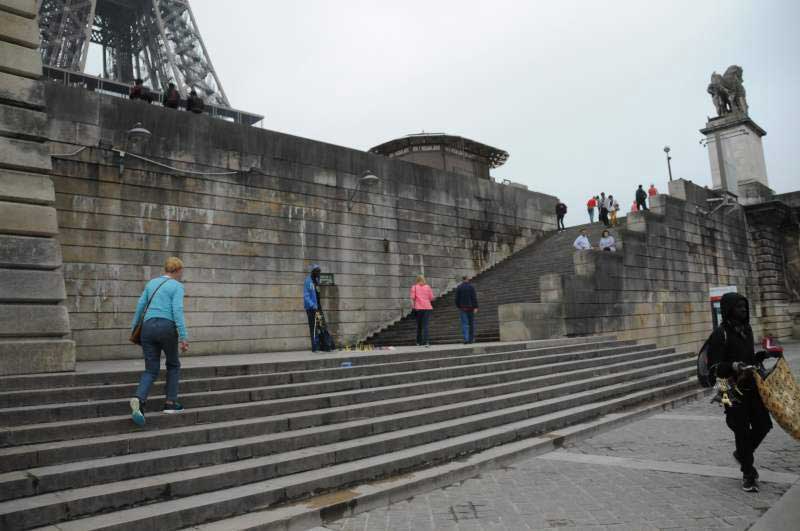 Down the embankment Bond gives fervent chase. Inexplicably he mounts a boating ramp and skies over a double decker bus, skimming it with all 4 wheels before dismounting at the front end.

Moments later he sees a barrier and ducks a split second before searing through it. As Martijn Mulder so eloquently puts it in the book On the Tracks of 007, the Renault is relieved of his roof.

This barrier was what I had come to see. 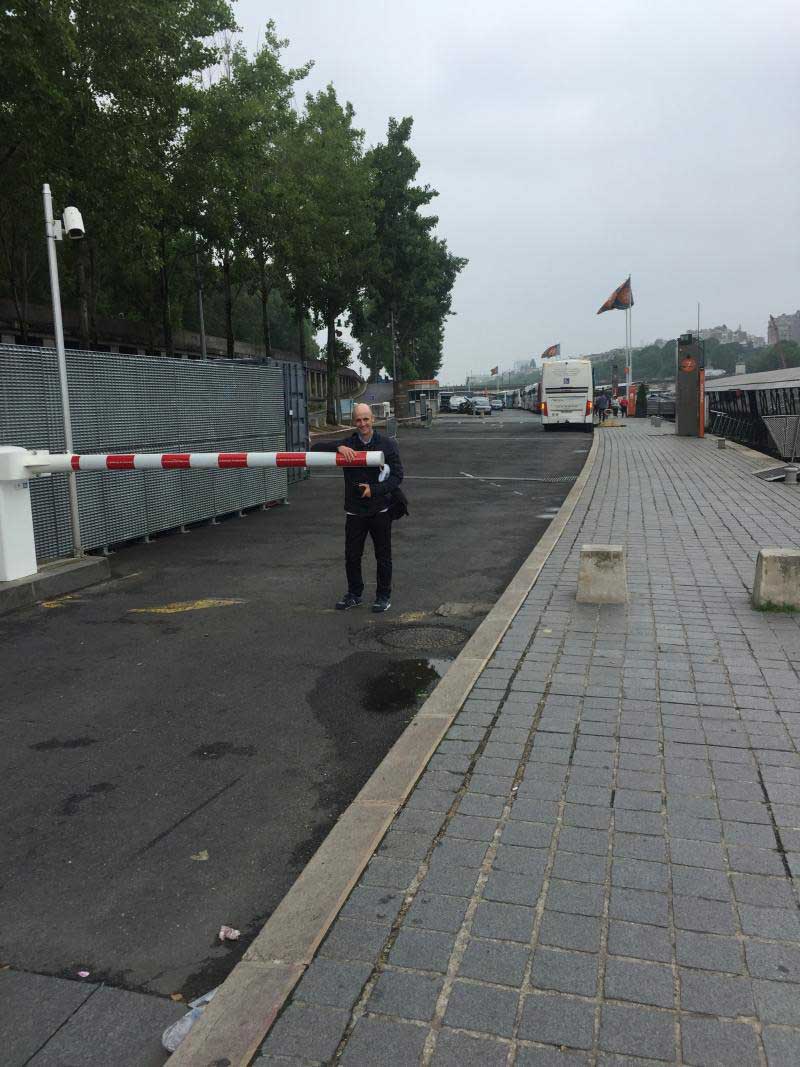 The barrier. The elixer of all movie barriers that proved to be a worthy adversary for Bond.

It wasn’t hard to find and was in remarkable condition. It’s even been given it’s own security camera.

I took numerous pictures, touched it and caressed it and asked a passerby to take my picture by it.

“It’s a famous barrier,” I fawned.

He said something dismissive in French. I imagine it translated into something like ‘It’s really not.”

I sat on the curb, watched in reverie as it raised itself dutifully allowing cars to come and go.

It was only after about ten minutes, I discovered I was by the wrong barrier. I was by Passerelle Debilly, the bridge Pont de l’Alma is in the one in the background as Bond smashes through.

Pont de l’Alma is distinguishable by the black balloon-like street lamps that are peppered down either side.

This barrier was an imposter!

SO WAS THE REAL BARRIER STILL THERE?

I walked through a construction site like a languid school boy who just had his lunch money stolen. Workers peered curiously, as I fumbled between a street map, the YouTube footage on my phone and the book of On the Tracks of 007 which by now was starting to feel like Dads Diary from Indiana Jones and the Last Crusade.

(You know Sean Connery is only 12 years older than Harrison Ford in that movie?). 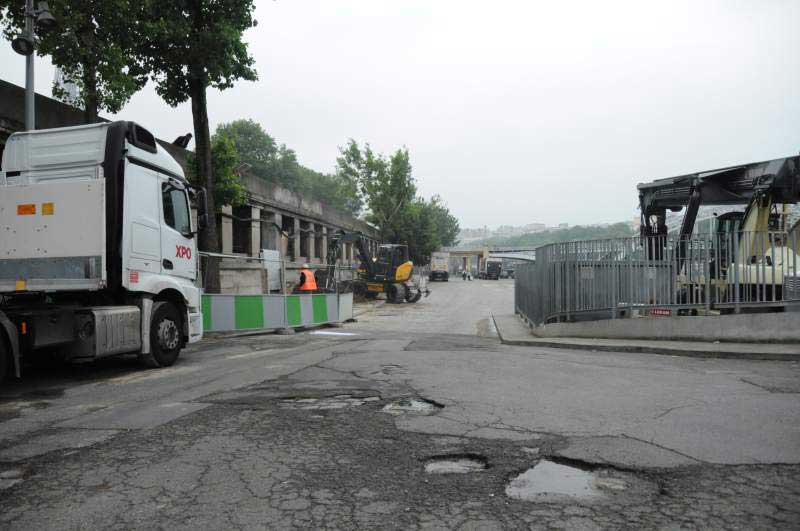 It was getting late, light was fading. I needed a piss and a crepe.  (Yes crepe, sugar levels were dropping). I was possibly the only tourist in Paris looking for a 33 year old barrier famed for 2 seconds of film time.

Maybe the workers had removed a barrier by chance. Maybe they had donated it to a museum for prosperity? Of course that’s what they’ve done! They’ve donated it to the Paris Museum of Transport. But where is that?

I punch into google on my phone “Barrier from A View to a Kill – Museum”.

PING! Your credit allowance is £0.00. Damn you GiffGaff you cowardly bastards for bailing on the mission at such a crucial stage. 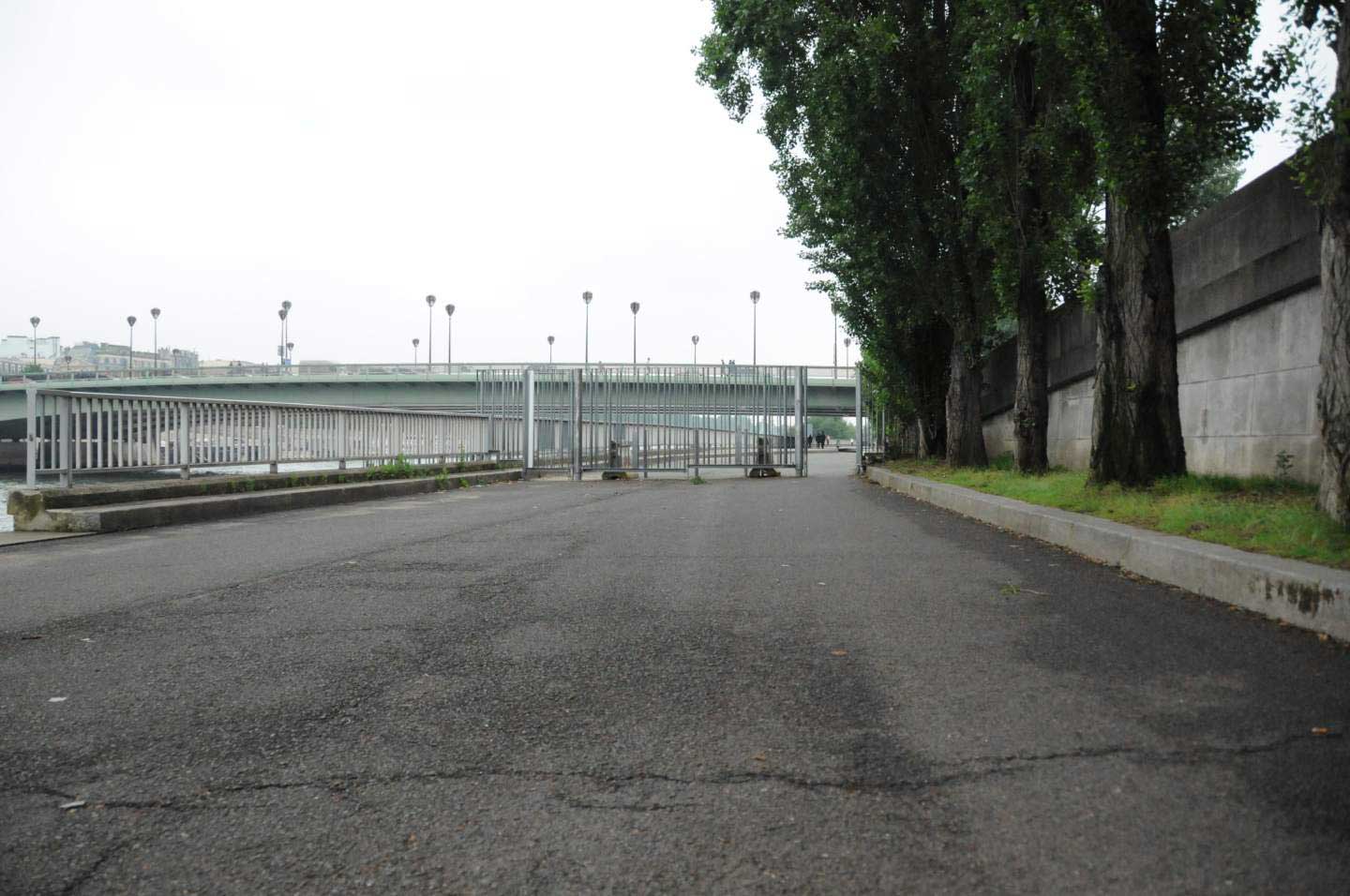 I hung my arms forlornly through a metal railing, hoping that a mouse would somehow scurry out from under a curb, look at me inquisitively before disappearing from whence it came. But not before giving me a moment of sobriety and revealing the exact location to the barrier.

Then as if my pilgrimage was penned by Purvis and Wade themselves, there it was. Or rather, there it wasn’t. In the place where the barrier should have been, it was now the very railing I was pinning myself too. 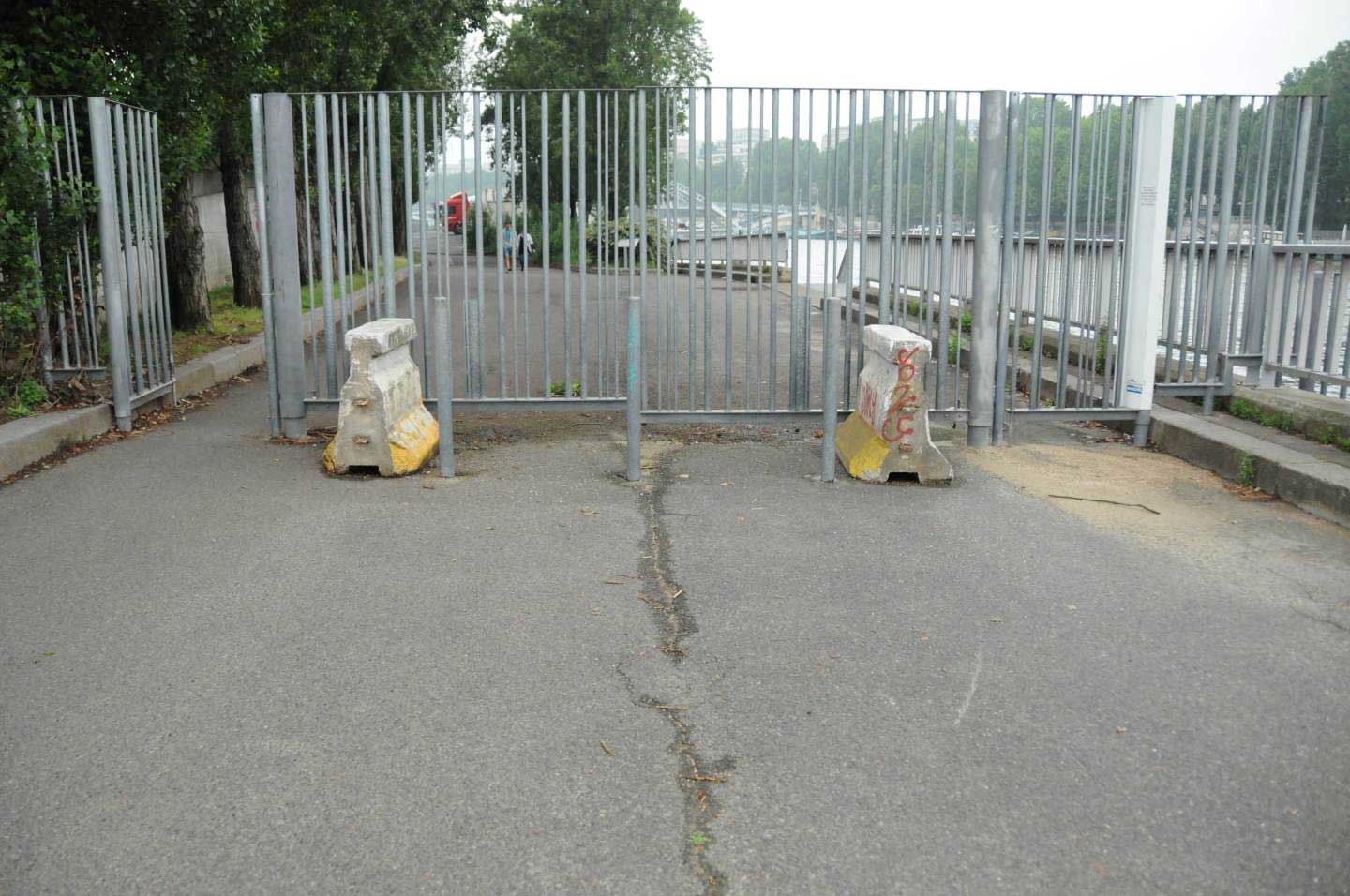 The barrier has gone

Oh but bollocks look at it. Look at it’s sorry dilapidated state. Like an unkempt grave. Christ it’s like the French handed over occupancy of the site to the Cubans straight after the film wrapped.

Yes, this was it!

As you can see from the pictures it would take a little more than a Renault 11 to get through this monstrosity. 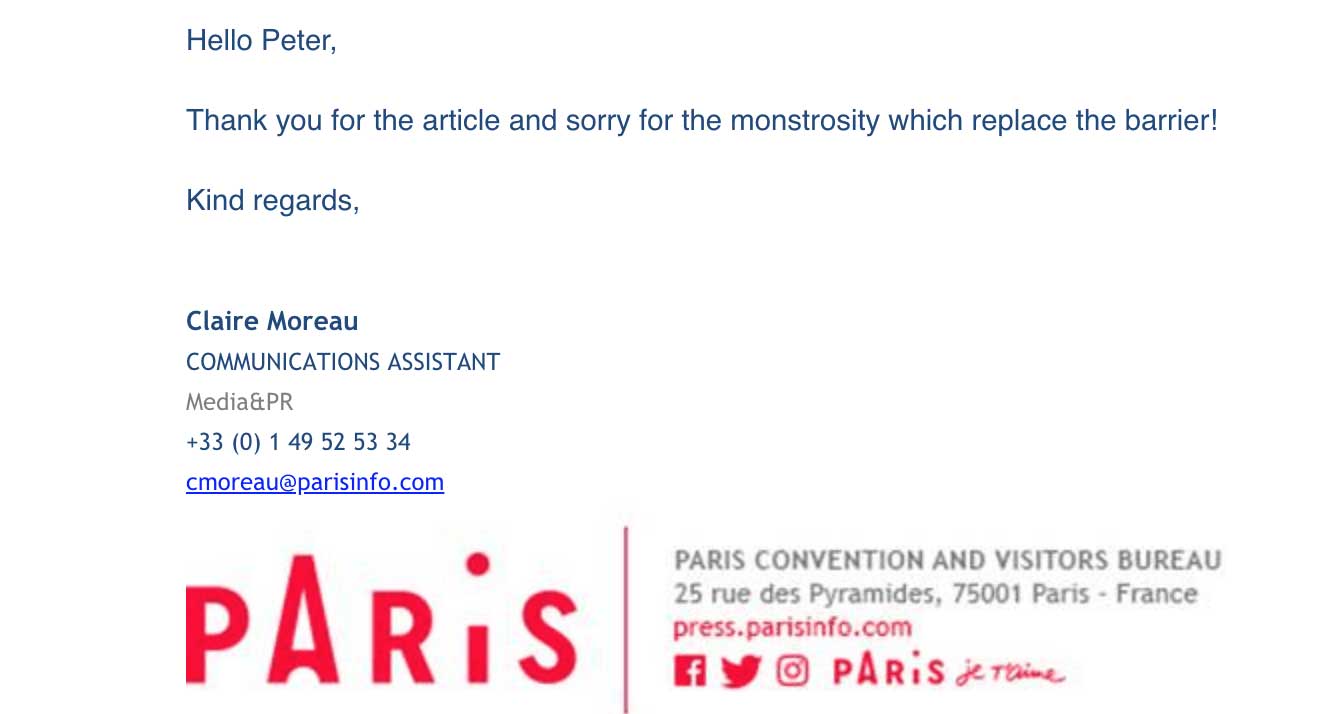 If you enjoyed me scouting for James Bond Paris locations you could check out at a previous post on the Chateau De Chantilly, its about an hours’ drive from Paris.

If you want to get in the weeds with the James Bond Paris locations then I can’t recommend this book enough. 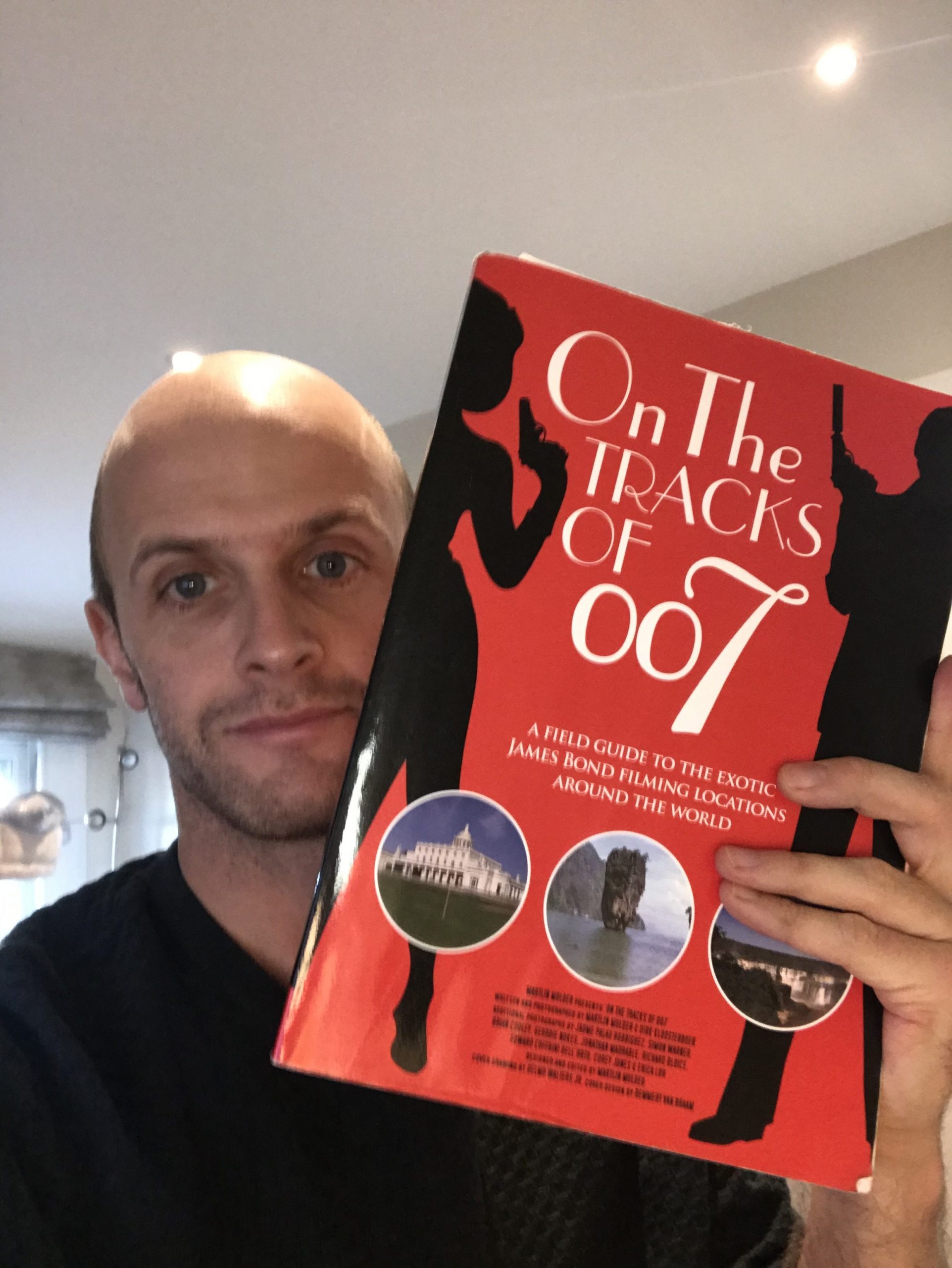 ON THE TRACKS OF 007 is my bible when I go travelling. 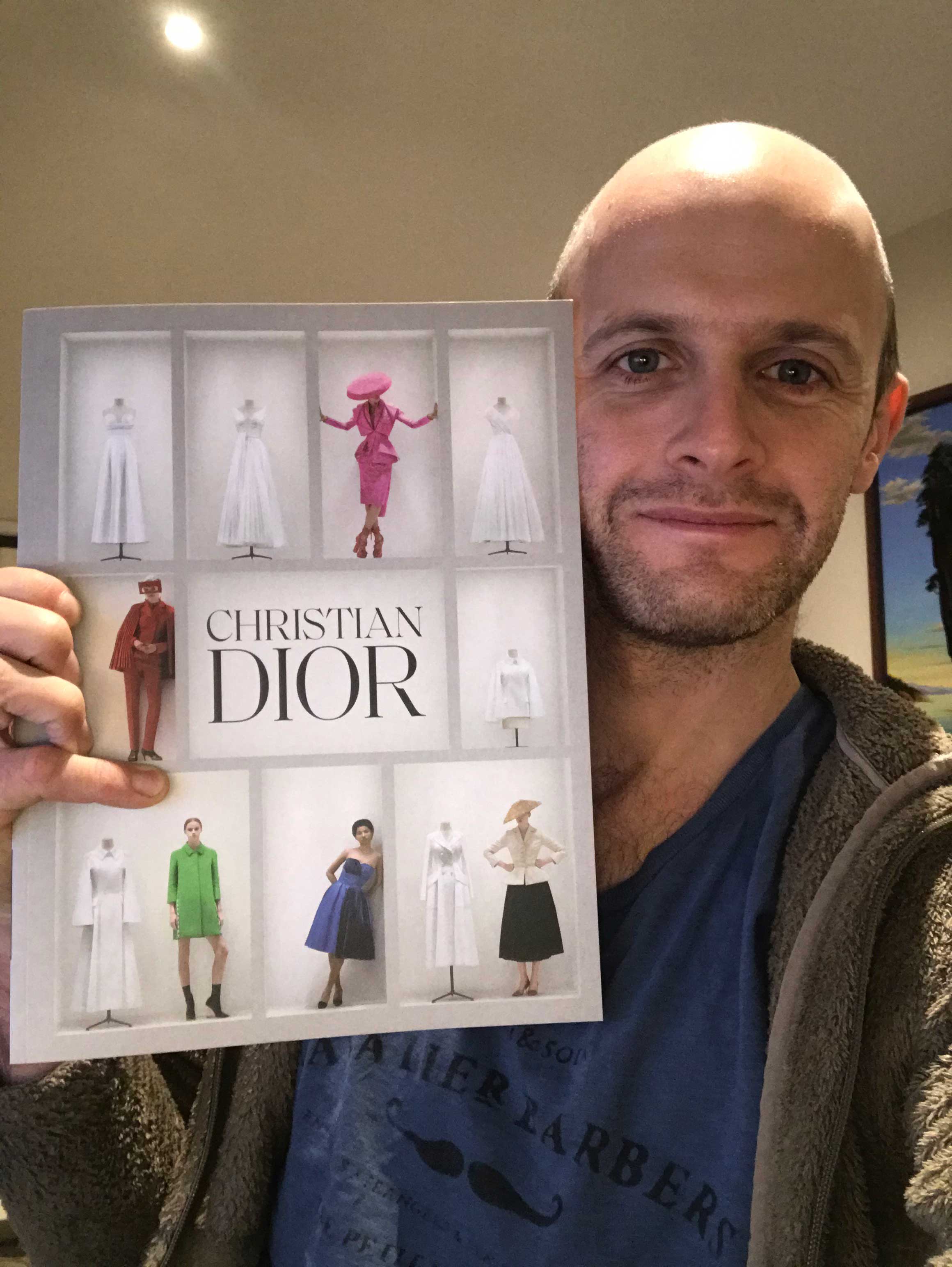 As this is primarily a style blog I have to give a mention to my favourite French designer Christian Dior. I went to the Dior Exhibit at the V&A in London this year and got this beautiful Christian Dior book can’t recommend it enough.

That’s why I had Daniels corner on Facebook recently when he rocked up in a Dior fluid tunic wrap double breasted natch suit styled by Catherine Hayward.

You can read more on the Dior exhibit with photos on my old blog Human Research.