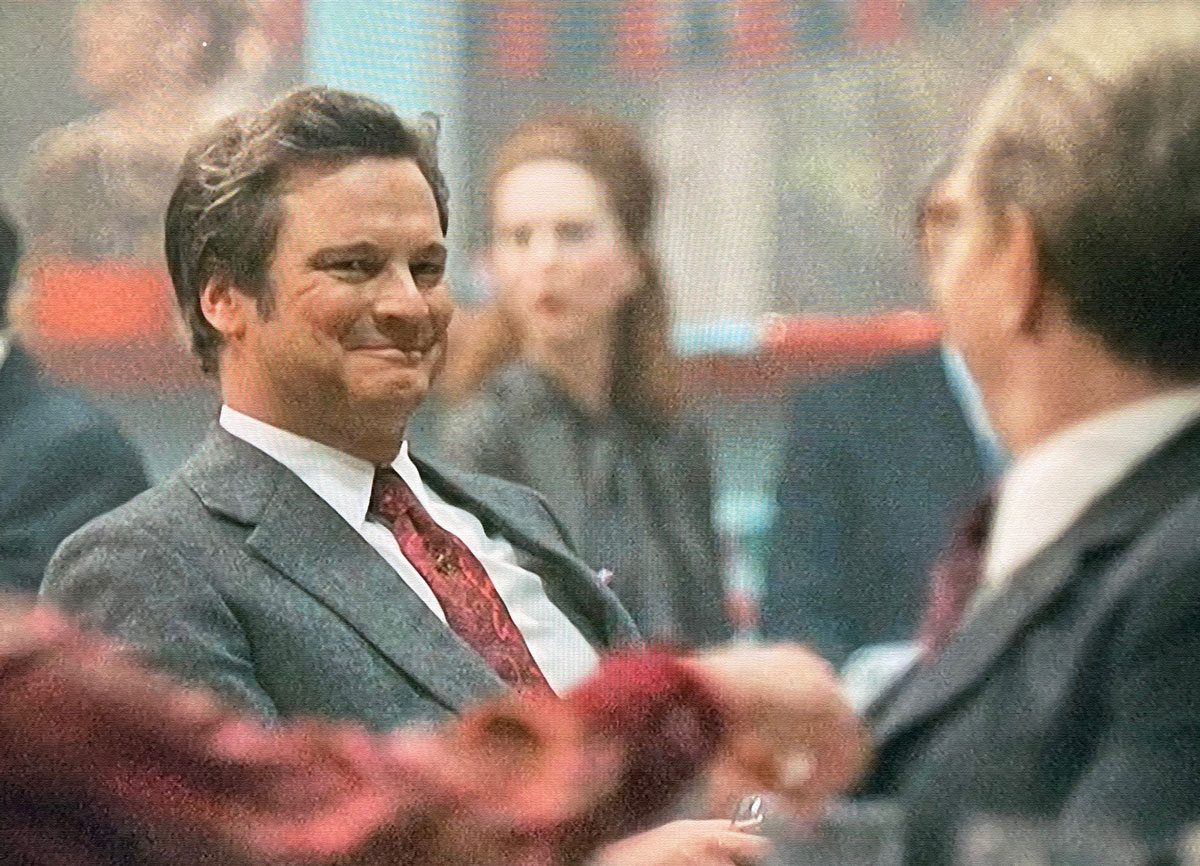 ‘As I said, you may f&ck me but you still have to call me “Sir” in the morning.‘ – Bill Haydon, Tinker Tailor Soldier Spy.

One of the main critiques of Tinker Tailor Soldier Spy is that it is largely incoherent. The timeline is incomprehensible, the characters aren’t fleshed out and any intrigue is stymied by the lethargic pacing of the film. One could argue that the film relies too much on the cache of it’s star-studded cast to camouflage the anaemic development of any of its characters. 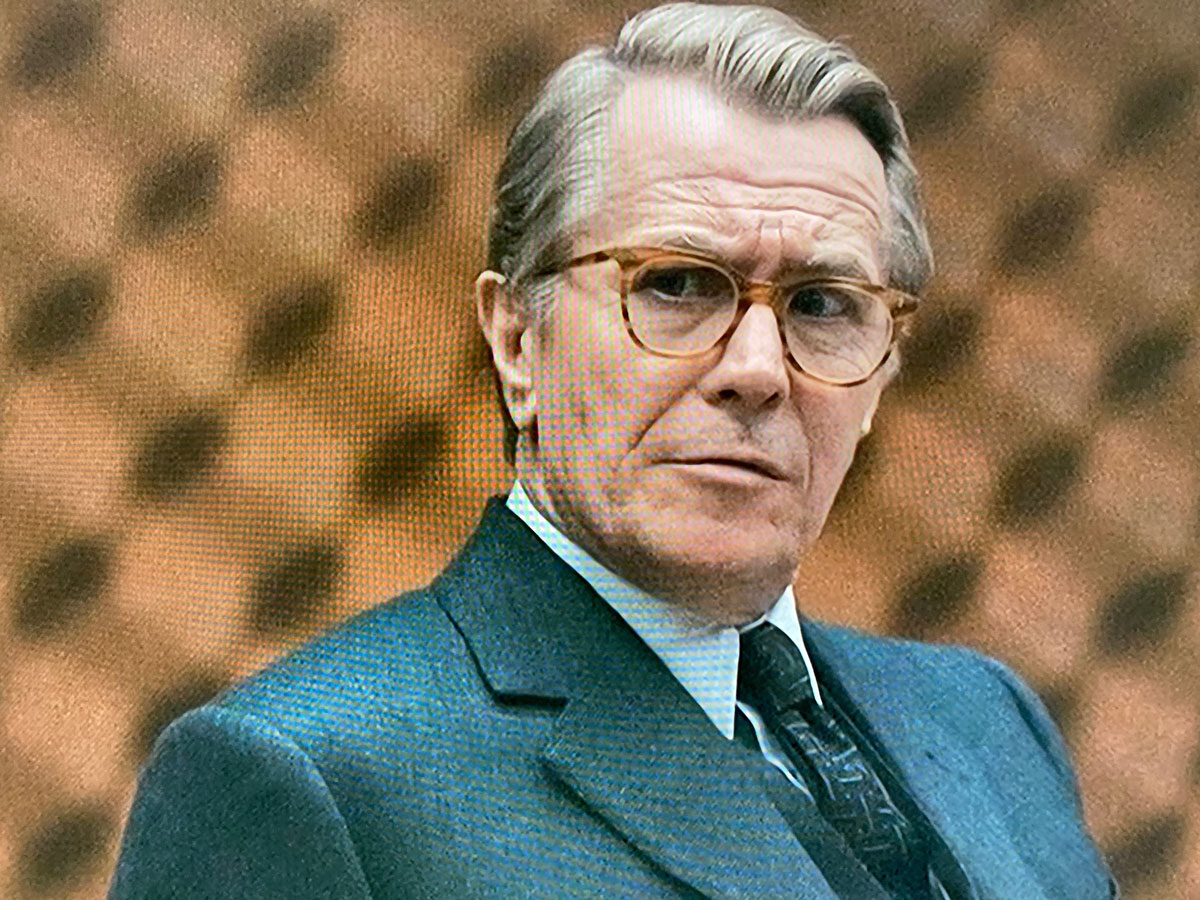 However, the supremacy of the suitings within the film is one that can’t be ignored. From the floating paisley dressing gown worn by Control played by John Hurt in the opening act, to the foppish electric blue silk pocket squares worn by Peter Guillam played by Benedict Cumberbatch, Tinker Tailor Soldier Spy is a film that leaves its mark. Stylistically at least. 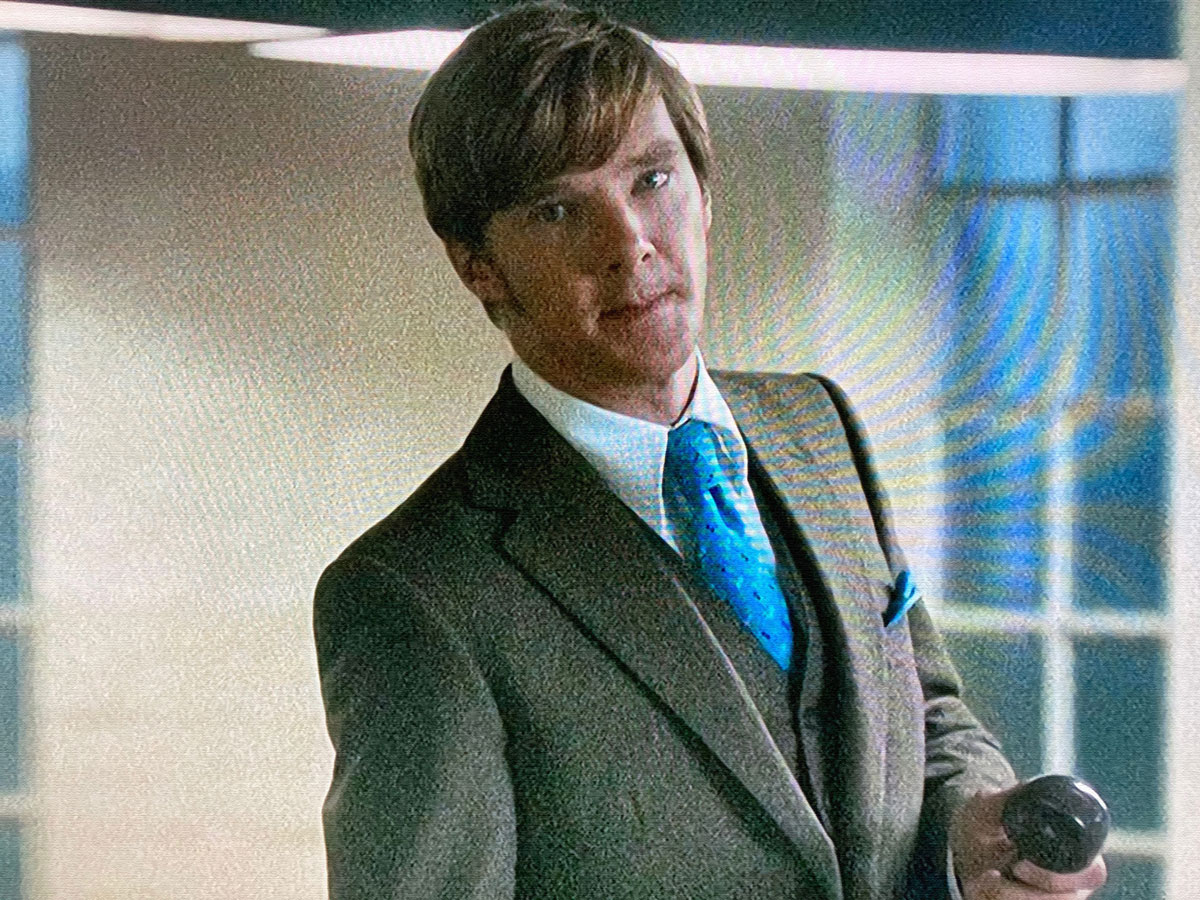 Of the casual pieces, the costume designer Jacqueline Durran afforded Tom Hardy  licence to flex his McQueen-ien muscle and flaunt some iconic sartorial-haymakers such as the stone Baracutta G9 and the shearling coat made by Belstaff.

According to one forum the sheepskin-shawl collar coat is a custom coloured version of the Belstaff S.Icon Jacket. I emailed Belstaff for confirmation. Their online support team confirmed it was a coat that was custom made for Tom Hardy. 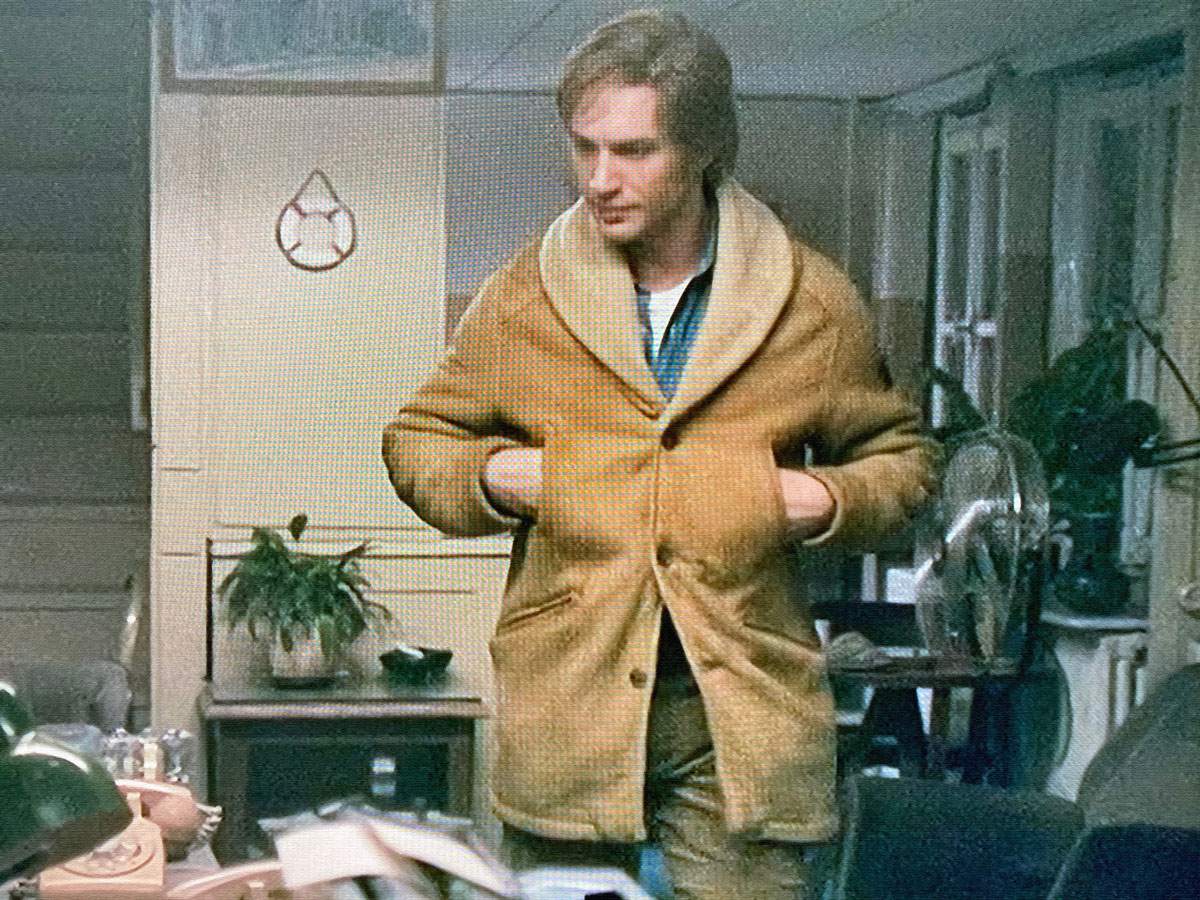 I’m joined on the podcast by Z, Tie Another Day on Instagram who suggested this film for review.

Taking about Bill Haydon who is played by Colin firth, the three-piece is always with him. Very flair-istic, the more James Bondian character. He looks more affluent than everyone else.

Percy who is played by Toby Jones wears a lot of double breasted suits. He’s ambitious, he is dressing to the point where he can be a possible replacement to Control as head of Mi6.

We have these different characters and the colour palette for the film makes it very bland. It’s all about secrets and lies. It’s all about ‘are you trying to hide something behind your perceived outlook’. 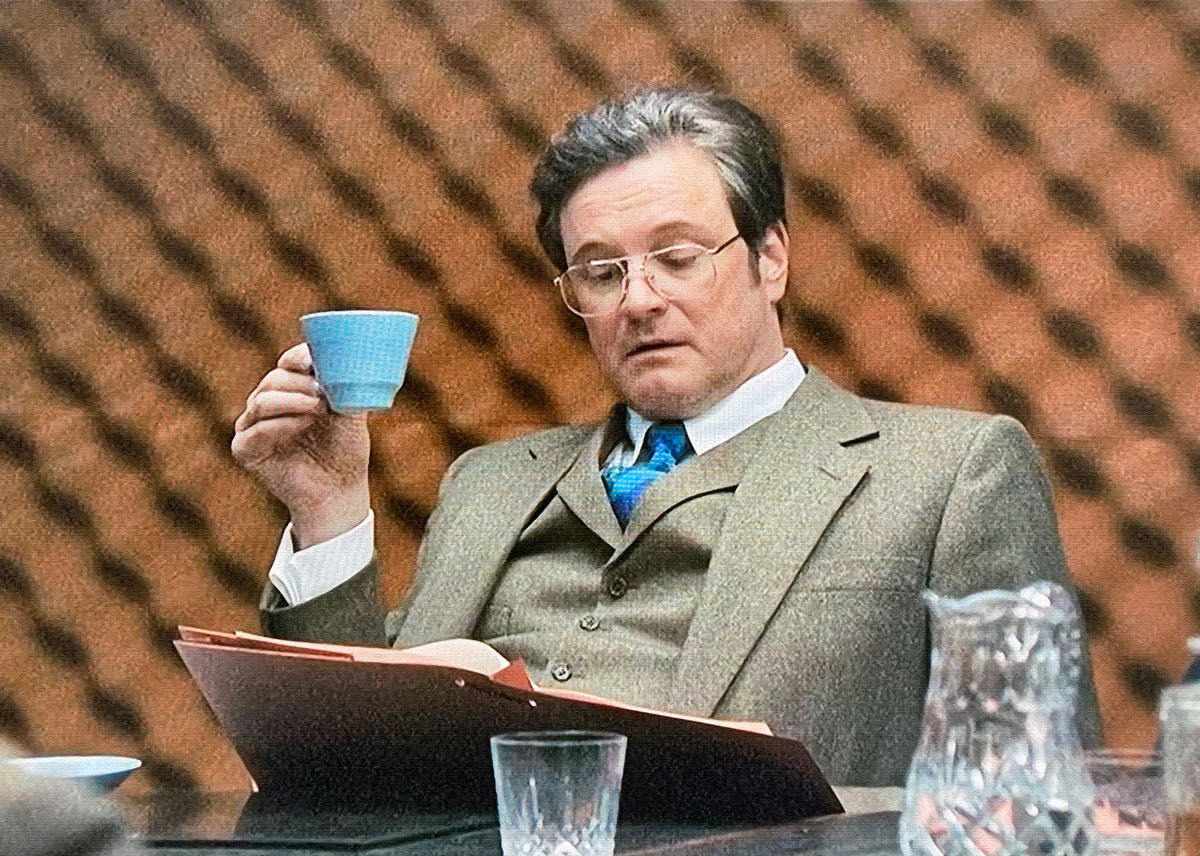 You can download the podcast on iTunes, Stitcher or Spotify. Or listen in the player below. I didn’t get any screen grabs for this one as the finish on the film has a very hazy-grain finish.

In researching this film I found the following forums and articles useful.

Tinker Tailor Soldier Spy is based on the book of the same name by John Le Carre, and the film is available to buy on Blu Ray. I searched for autobiographies of all the main cast, remarkably there are none. The biographies, seem a little half baked and I’m not sure I’d be interested in reading them, so can’t recommend. If you want to go deeper into the weeds, Tinker Tailor Soldier Spy the TV series with Alec Guinness is available to buy on Blu Ray.