On this weeks episode we will be discussing the costumes for Casino Royale ’67 designed by oscar winning Julie Harris. We have a special guest Josephine Botting, a Fiction Curator at the British Film Institute Archive. 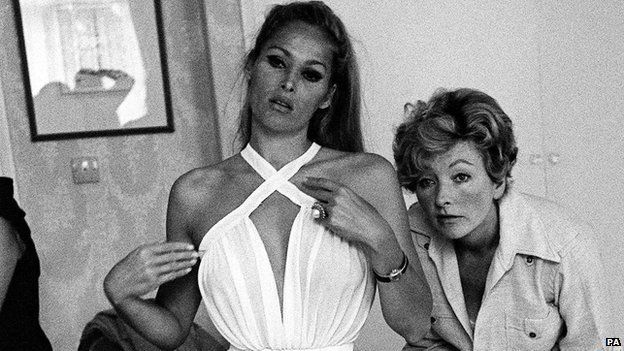 Ursula Andress and Julie Harris during filming of Casino Royale ’67

“Some of the comedies, The Wrong Box, Help, Casino Royale ’67, they had that whacky fantastical tone to them, and she could really let her imagination run wild. 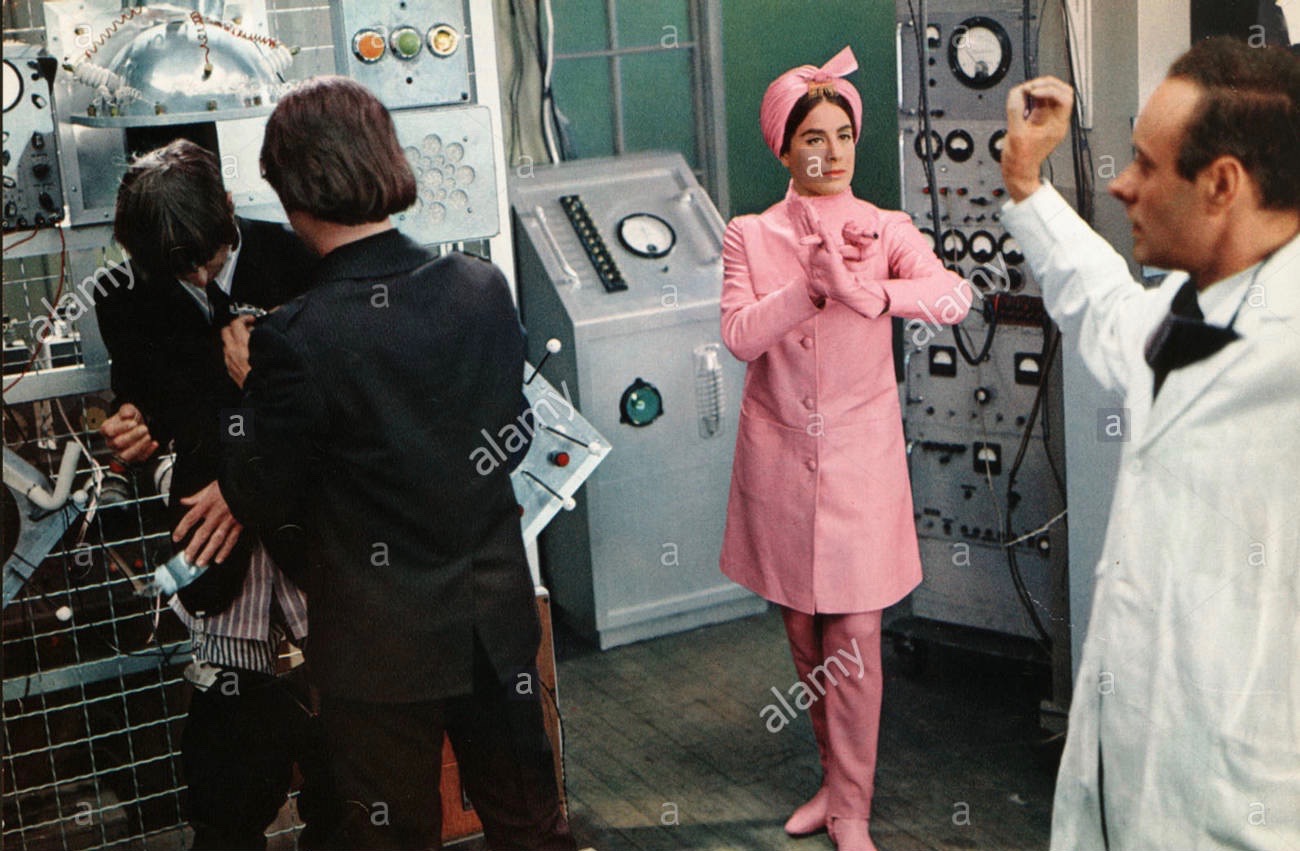 Pink is her colour

“Her costumes for Help!, the ones she designed for Eleanor Bron, which combined this 60s chic with a sort of Indian feel, you see that coming into Casino Royale ’67 with some of Ursula Andress’ costumes, that magnificent pink headdress. In fact that was designed for a scene where Ursula was going to ride in on an elephant, this is what Julie told me. 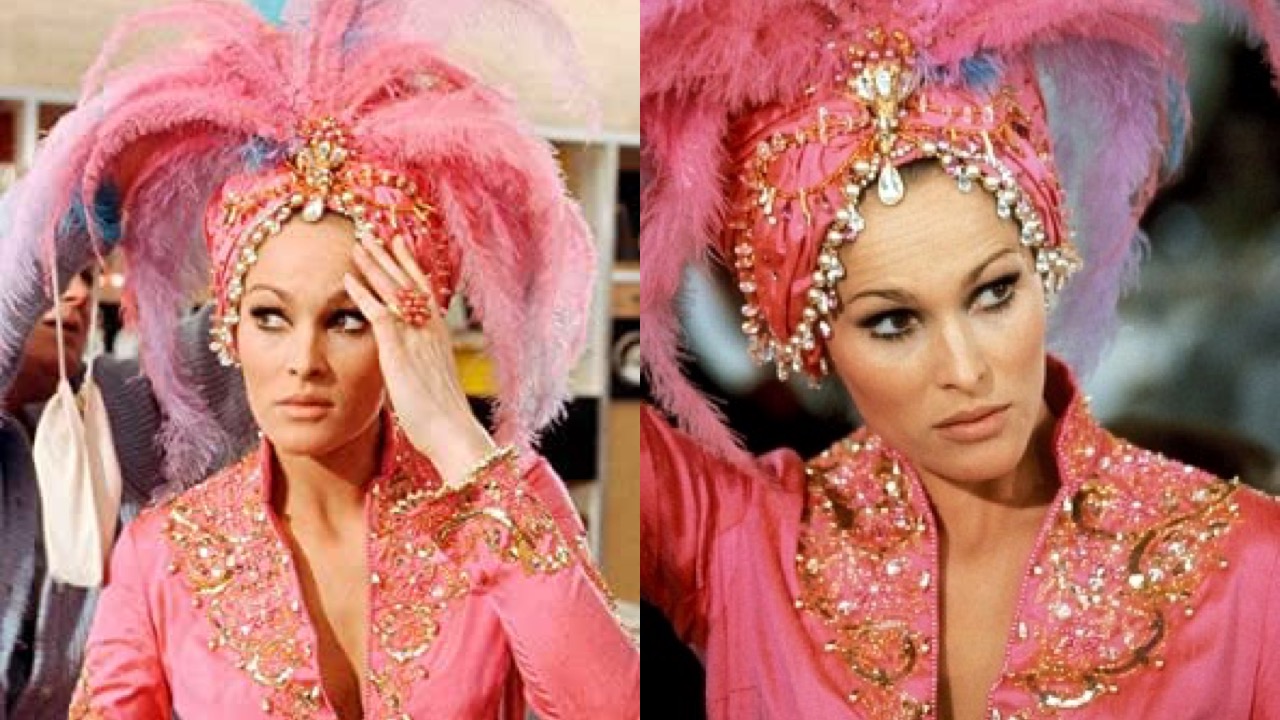 Julie designed that costume but the scene was cut but Julie insisted that the costume shouldn’t go to waste, but then David Niven has that line ‘do you often dress like that for the office?” – Josephine Botting

Josephine was just incredible, so articulate, she spoke with unfettered fondness not only for Julie Harris who she got to know very well, but she also about Casino Royale ’67. You can also follow Josephine on Twitter. The film is available to rent or buy through Amazon now. It is a film you can watch with the sound down, and just marvel in the costume and the outrageousness of it all. The colours leap out at you, its really an oddity. It has a zany quality, I can’t really decipher what it is, in truth. 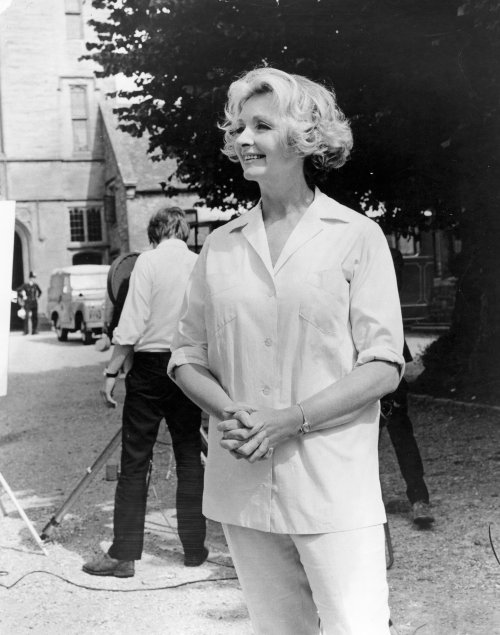 Julie Harris during the filming of Goodbye Mr Chips

As per usual you can do us a solid favour by leaving a review on iTunes. You can download the podcast on iTunes, Stitcher or Spotify. Or listen in the player below. I’m joined by Matt Spaiser from Bond Suits. Matt talks rather fondly of David Niven’s and Peter Sellers’ suits in Casino Royale ’67. You can read more about those on his site here.

Learn more about Julie Harris’ work as costume designer for Live and Let Die in the book From Tailors With Love: An Evolution of Menswear Through the Bond Films, available on Amazon.

Josephine wrote a wonderful article on the BFI website remembering Julie Harris, you can find that article here. If you want to learn more there is a making of Casino Royale ’67 book available on Amazon.