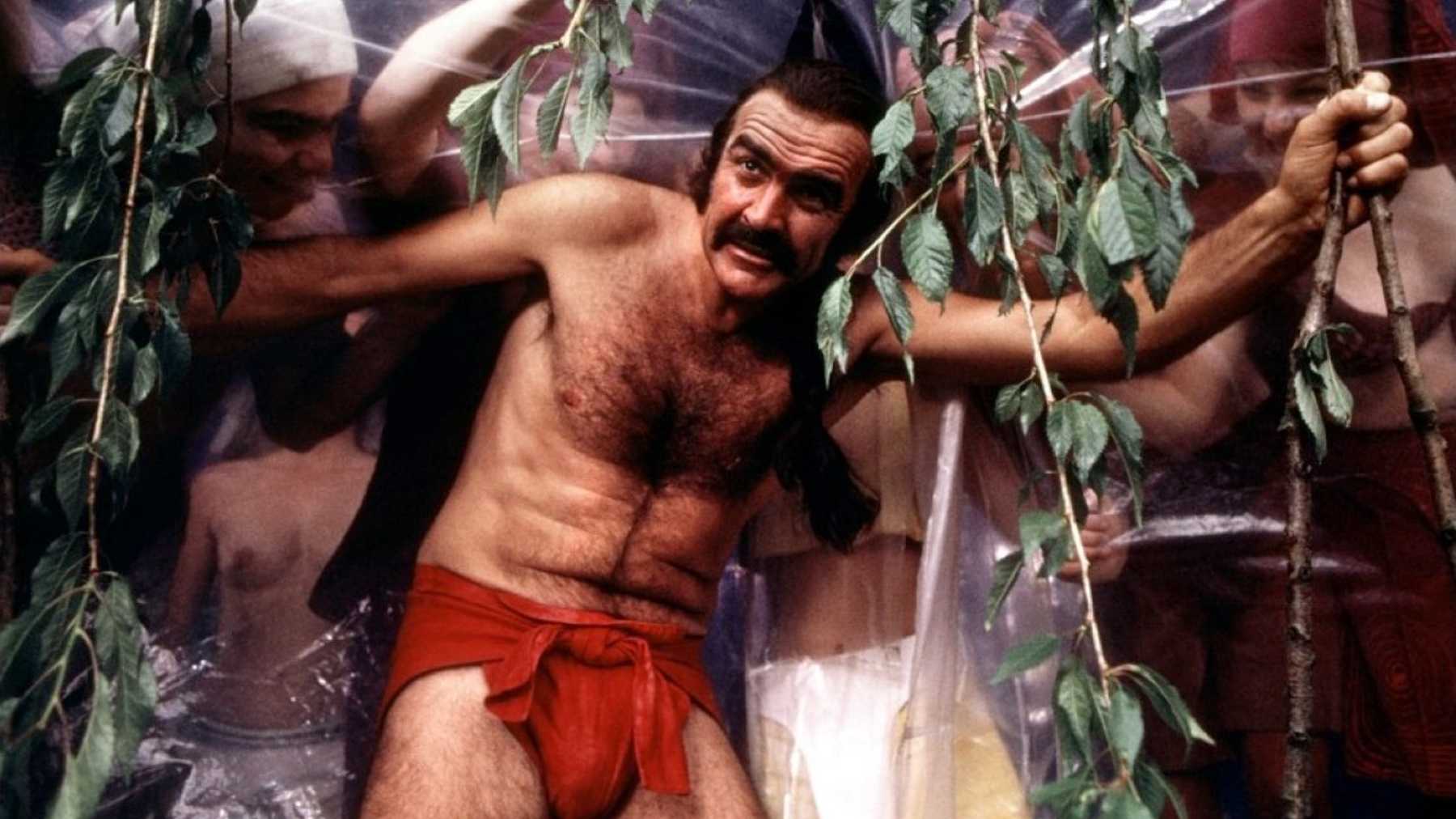 Some call it skimpy shorts, a jockstrap, a nappy, a red pants suit, but what is it exactly? Believe it wasn’t a rabbit hole I expected to fall down this morning. However, I simply had to get to the bottom of this outfit worn by Sean Connery in Zardoz.

You’ll forgive me if I don’t go into the plot, but if you were to say this film is about body hair, you would be beyond rebuke. 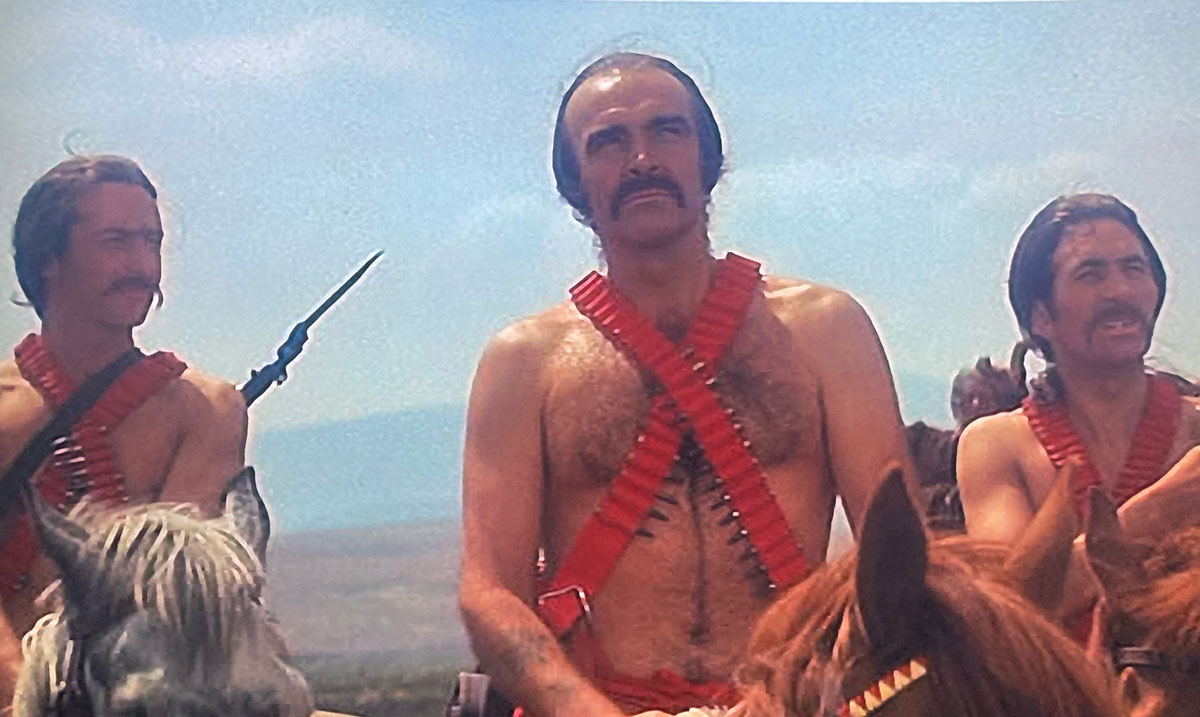 There is actually a fair bit said about this film and the costumes on Wikipedia. I have pulled a quote for you below. 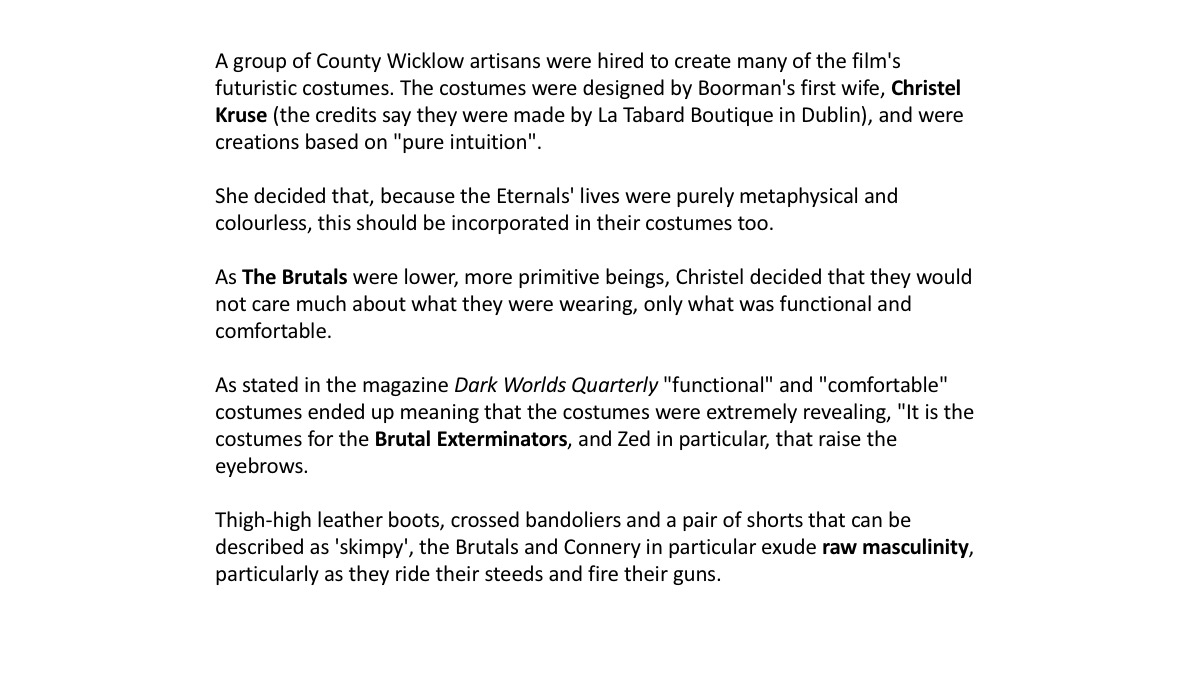 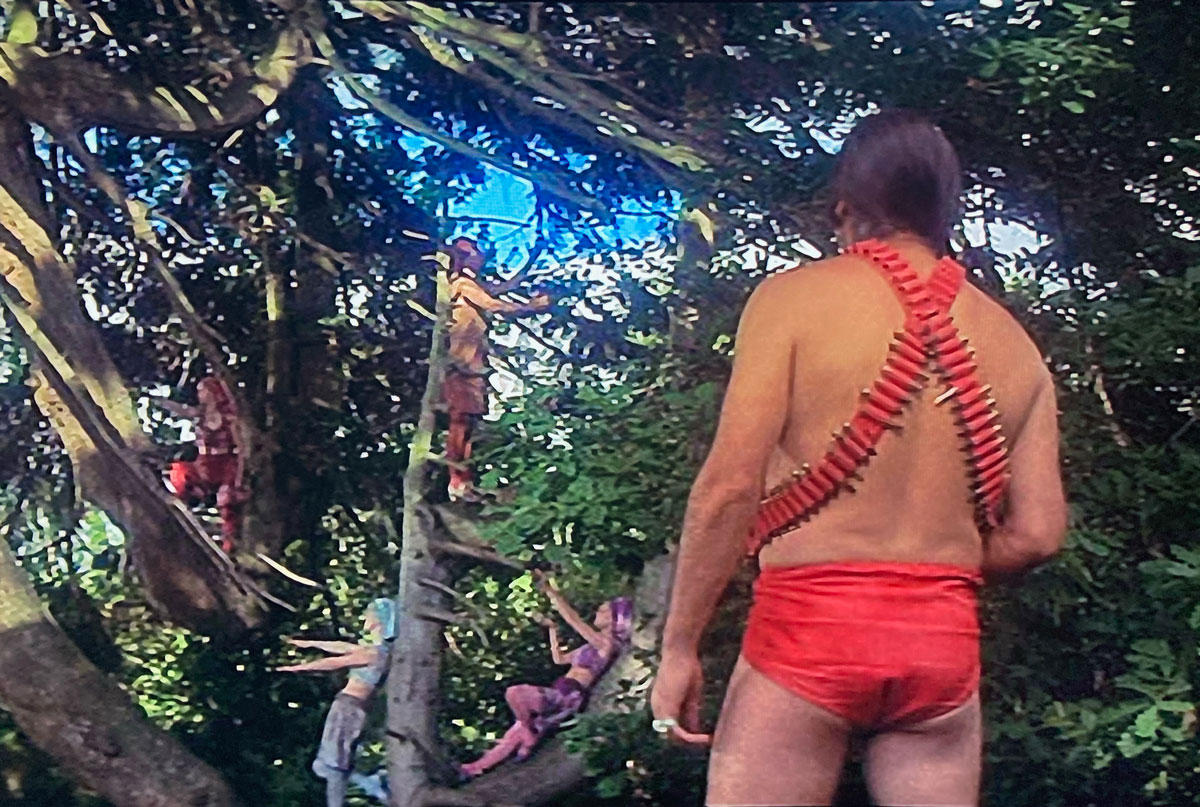 What is Connery wearing?

Wiki has left off the all important last paragraph from the article in Starlog Magazine, edition 56;

A country cobbler provided several items of the Brutals’ wardrobe, fashioning leather loin-cloths, bullet pouches and canvas machine gun belts – in addition to mundane chore of turning out shoes for the regular visitors. 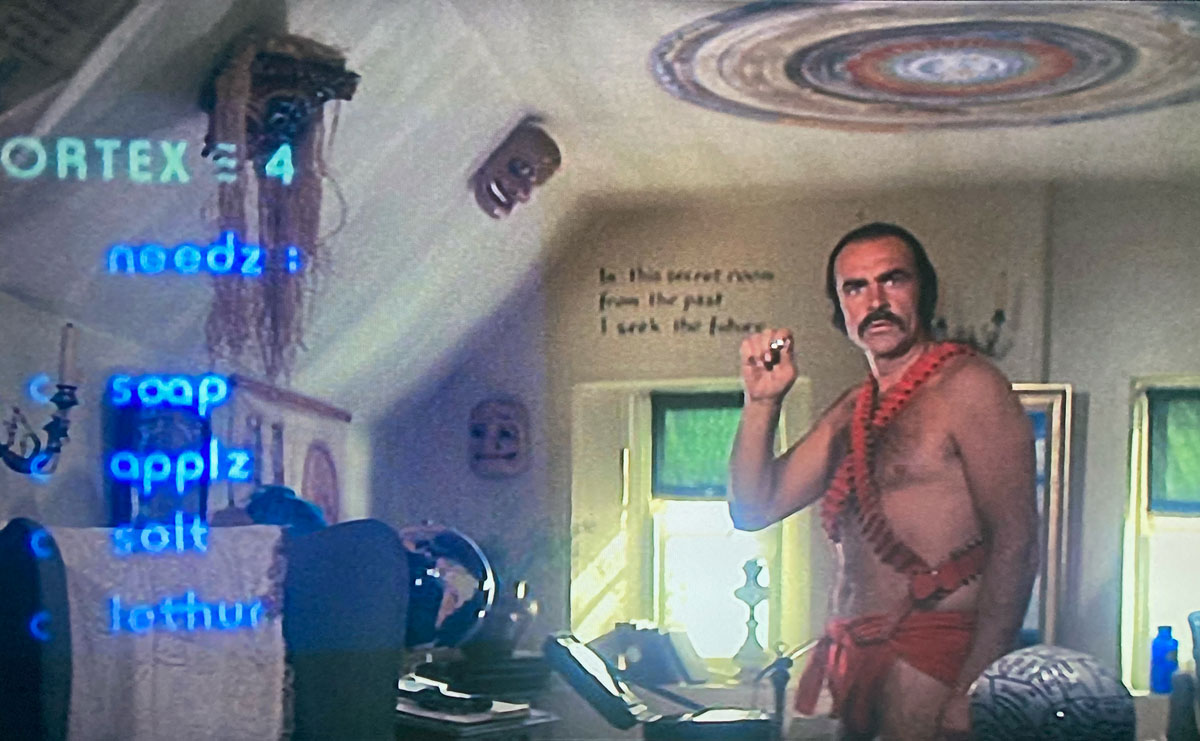 There are numerous reviews of Zardoz on YouTube. I scoured through many comments looking for opinions on the costumes. Please find below comments written by others. 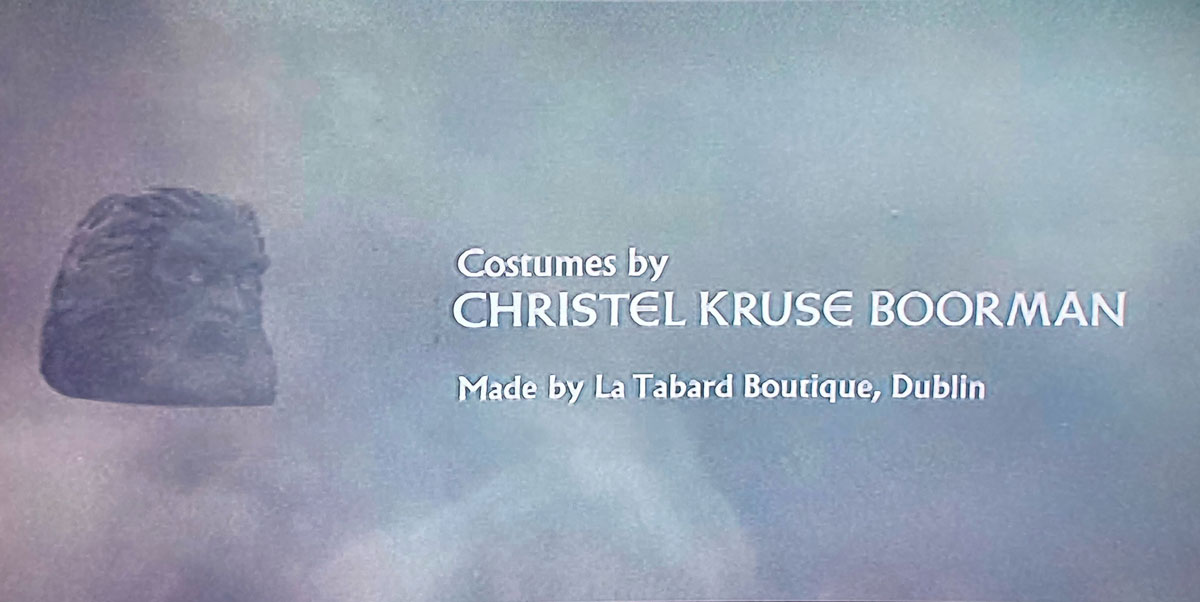 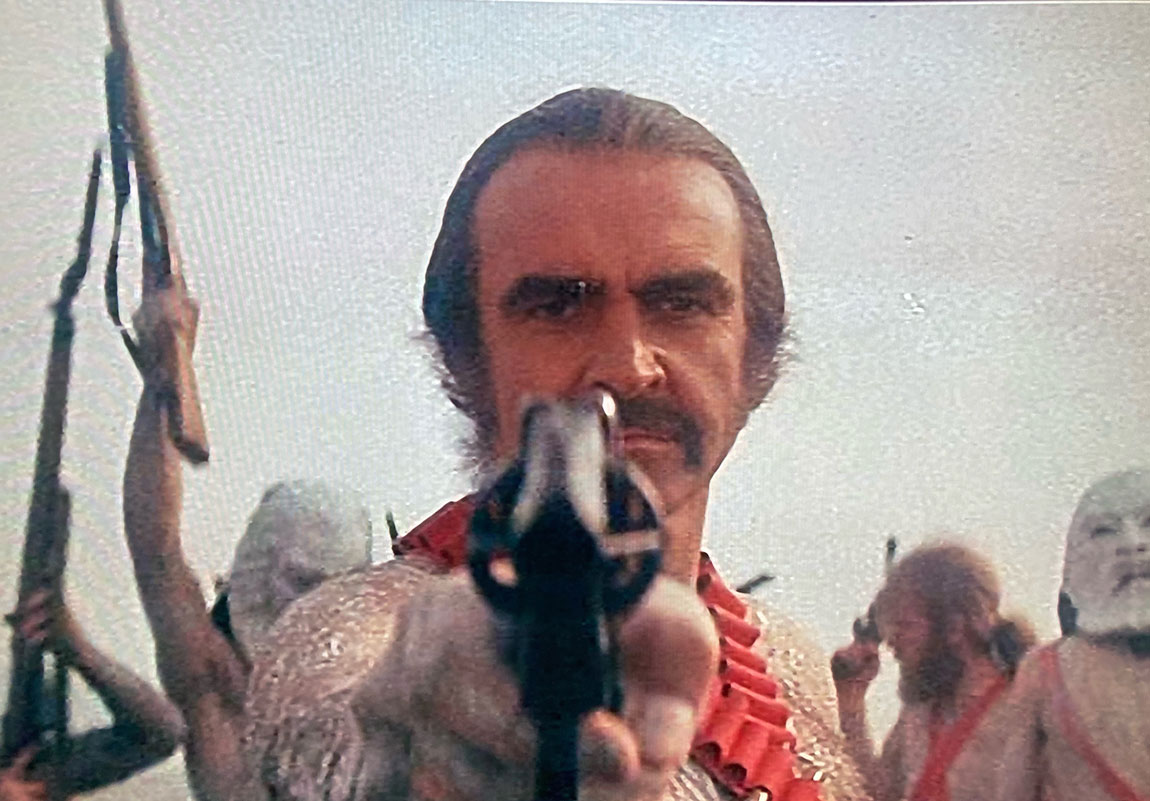 How to tie a loin cloth 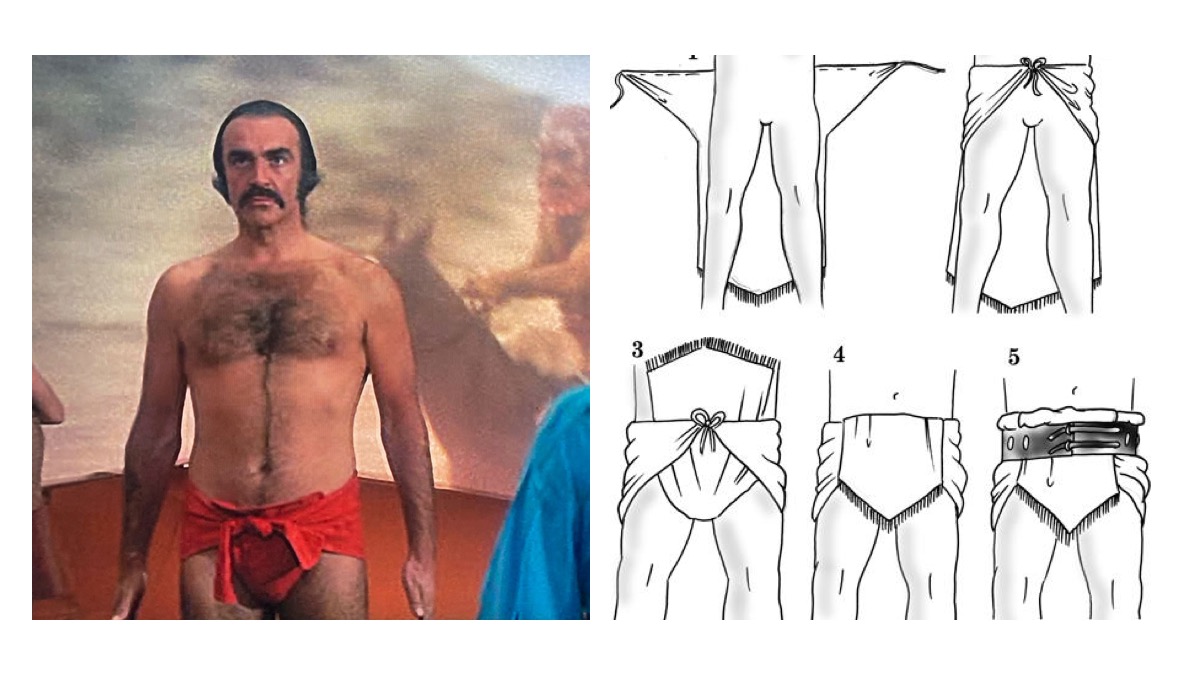 Should you feel compelled, Zardoz is available on Blu Ray. I would recommend the Autobiography Being a Scot which Connery penned with friend Murray Grigor. Mainly for the pictures of Connery from his childhood. I’ll confess, it’s a tough read. He doesn’t go much into his life in films. But early stories of his childhood are insightful. Perhaps if you’re Scottish, this will resonate much more.