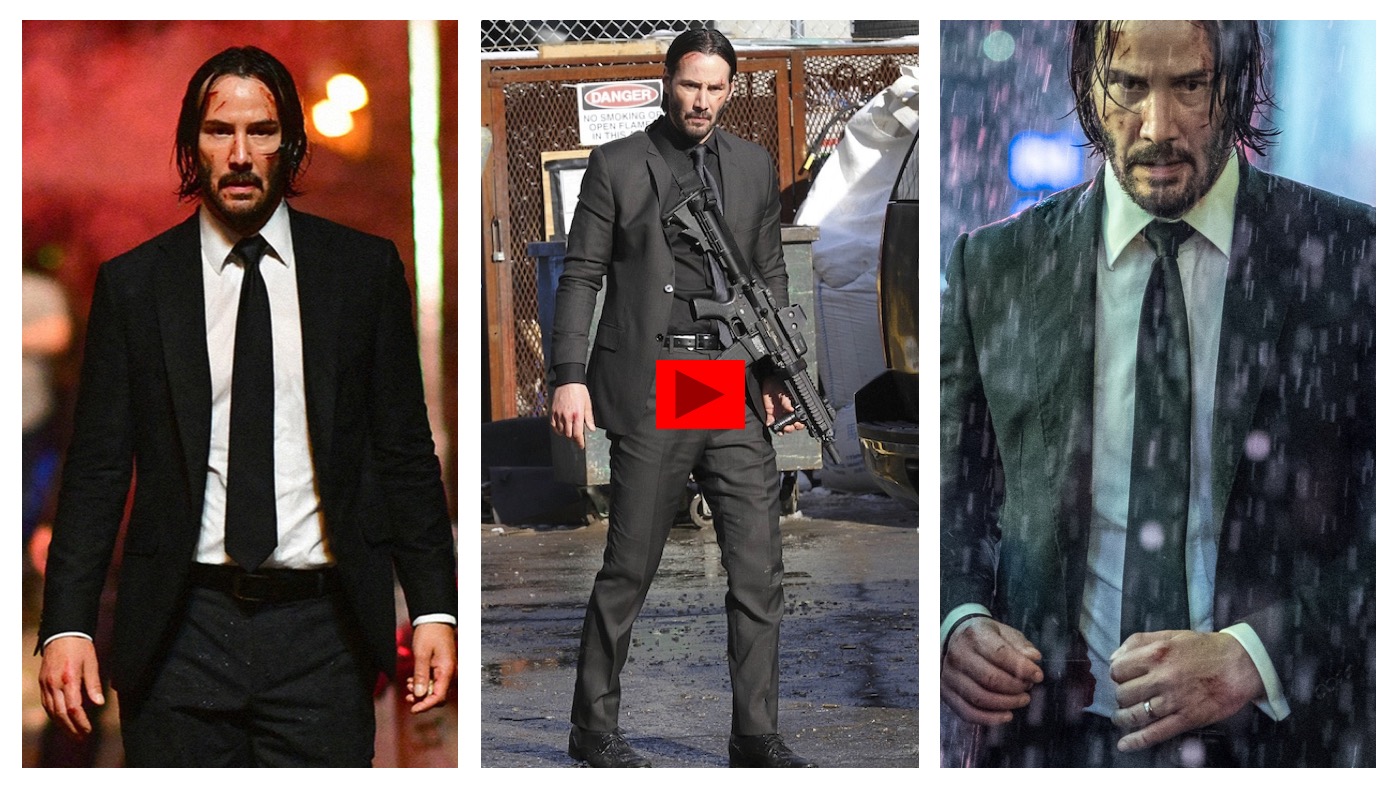 The character of John Wick, an assassin, who is bought back into the world of assassins for hire following the natural death of his wife, and the subsequent killing of his dog.

John Wick metamorphoses back into the assassin. The first scene we see of him is wearing a lovely chocolate brown leather jacket, white t-shirt, and blue jeans. When he makes the decision to remove his wife’s life support, he wears an all black three piece suit including black shirt and black tie.

This becomes his uniform throughout the film, and the symbolism that the all-black suit that he wore for his wife’s funeral shows that he is carrying his grief as he attacks the son of a Russian gangster in the streets of New York. 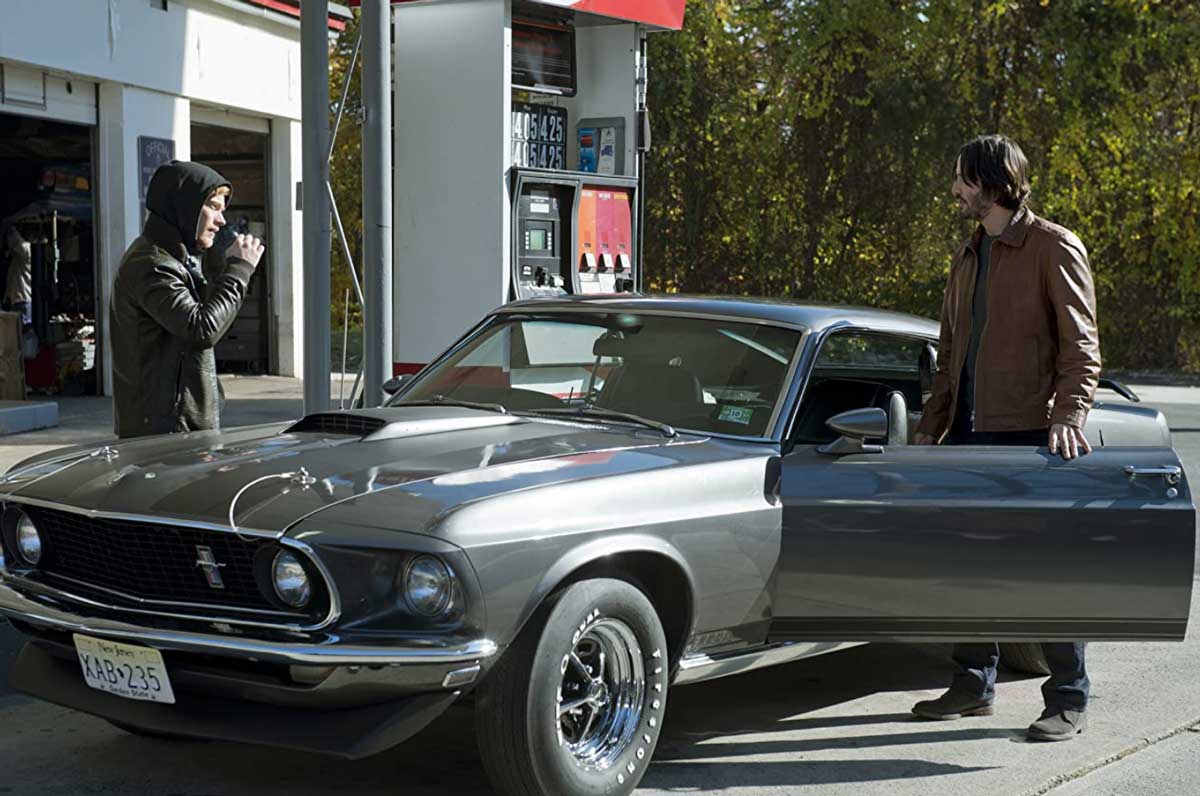 The three piece black suit – well first of all it is not complete black. For movie lighting reasons the suits are dark charcoal, as is the matching three piece suit. The shirt and tie are also various shades lighter or darker to distinguish these clothing pieces. The all black outfit is fitting for an assassin, the need to be in the dark to survey and to operate. 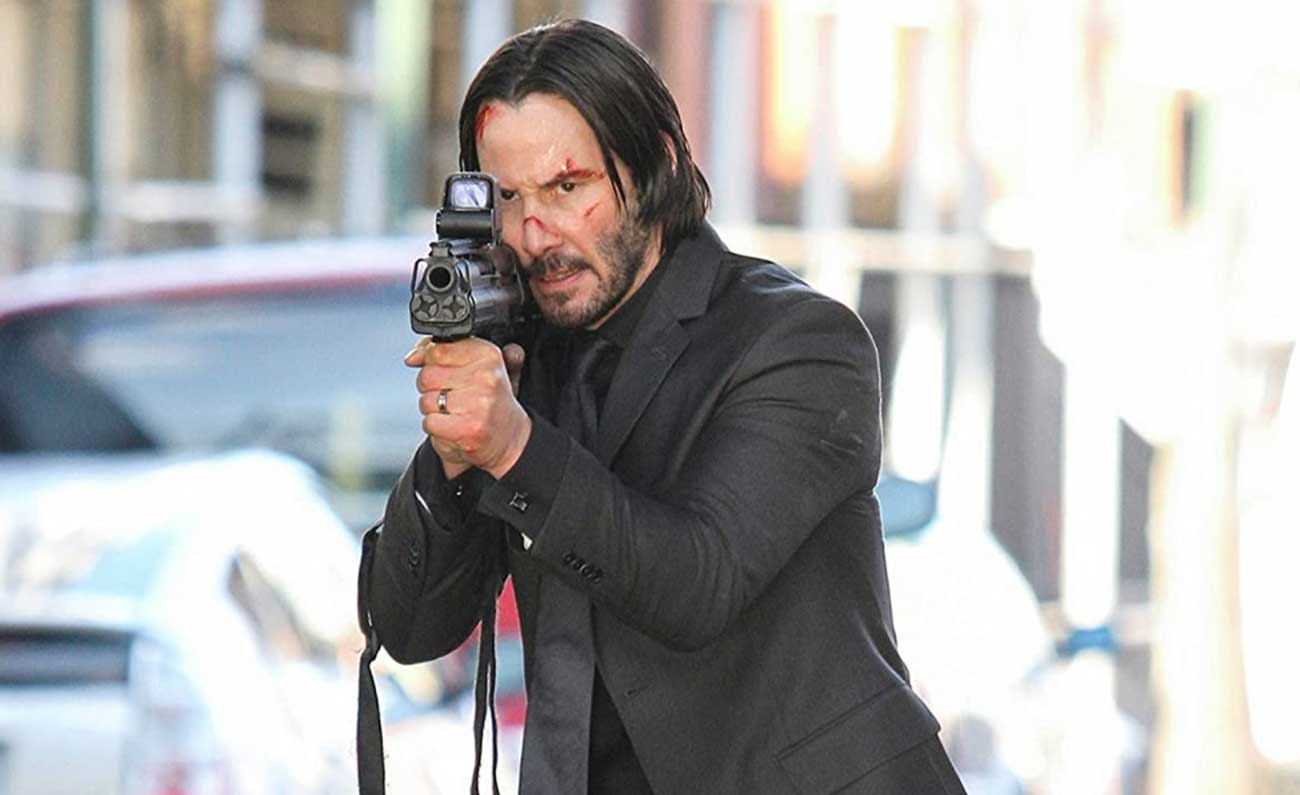 The other elements such as the classic car, just adds to the stylishness that John Wick encompasses. He knows his style and how to pull it off.

In Tomorrow Never Dies, Pierce Brosnan appeared in publicity pics in an all black suit, tie and shirt. A costume that is not favoured by a certain Mr Spaiser, but it was a very 1990 / 2000 look to block colour, compared with style these days to avoid wearing a single block.

Read more our exclusive interview with Lindy Hemming on how she styled Pierce Brosnan for James Bond in the book, From Tailors With Love: An Evolution of Menswear Through the Bond Films. 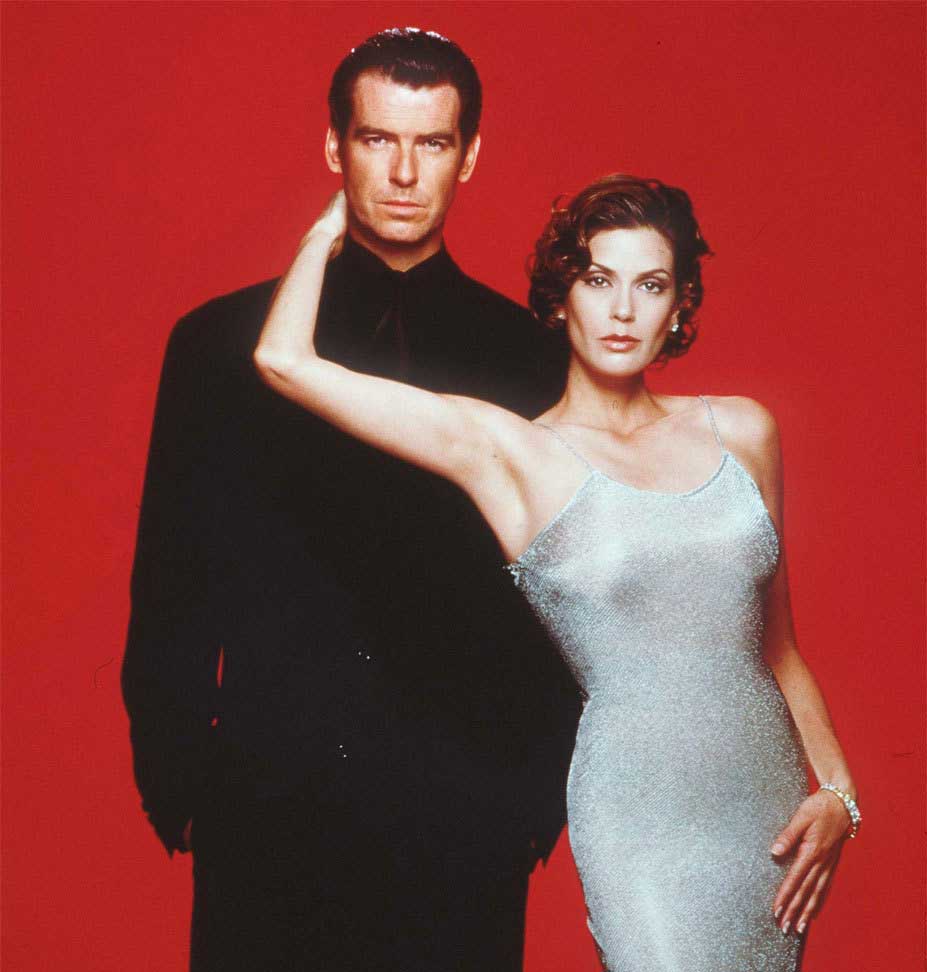 It should be noted that during the second half of the film, he ditches the black shirt for a white shirt. Again a uniform reminiscent of The Transporter or Men in Black.

This is where my interest in the John Wick series became more prominent. Within the film there are the usual black (charcoal) suits, but John Wick brings in a more diverse wardrobe, the black turtleneck sweater with the charcoal suit and trousers he wears in Rome is stylish and timeless.

The scene that really got me interested is the tailor scene where he gets measured up for a couple of suits. It reminds me of the time I was measured for a suit at Tom Ford, the master tailor himself was asking the same questions and making measurements and speaking Italian, and it made me appreciate that whilst this man is a very well paid assassin, he knows what he wants. 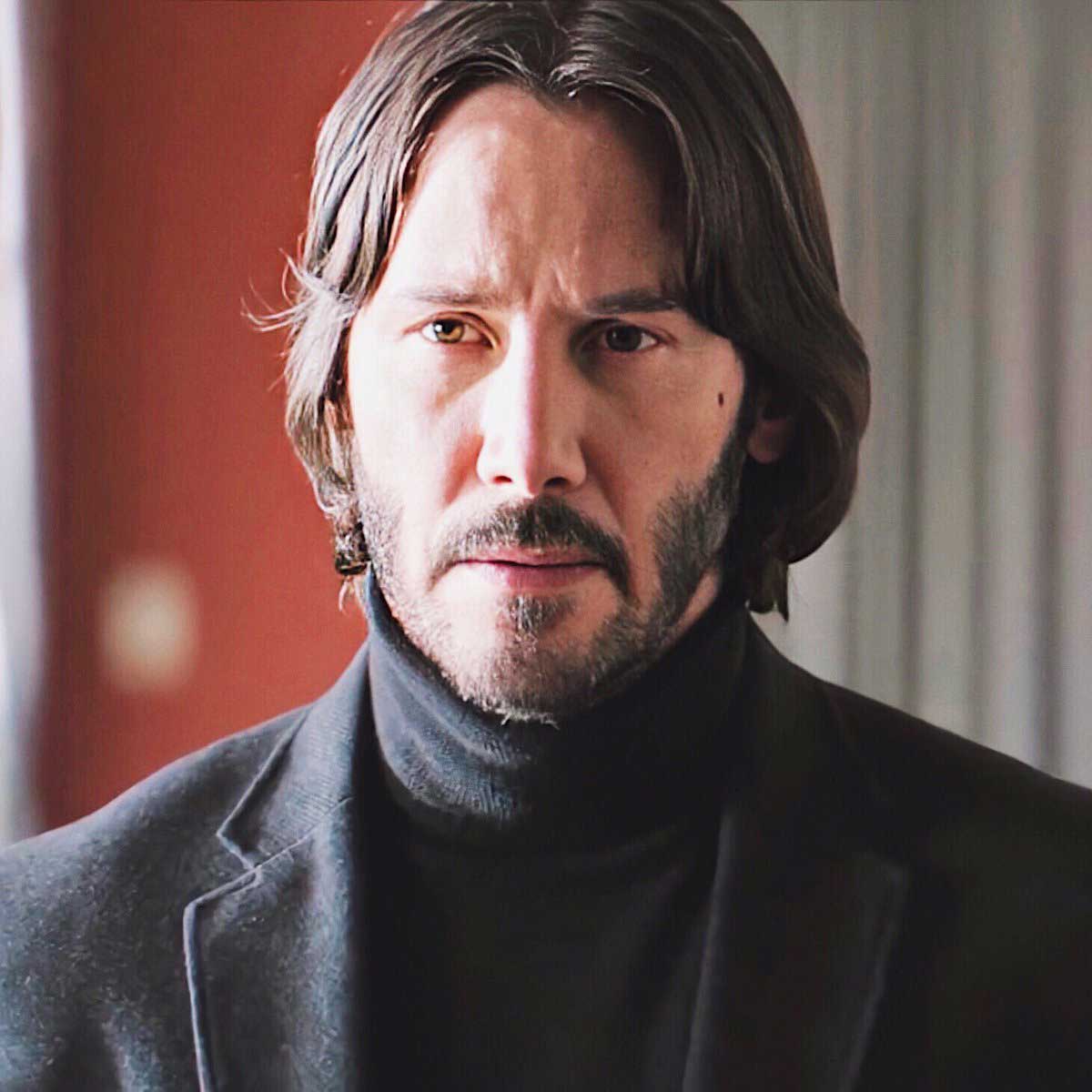 I love the scene with the new technology of thin bulletproof lining. Indeed this is a real concept of technology being created, the use of nano technology to create an armour skin that is both flexible and durable. 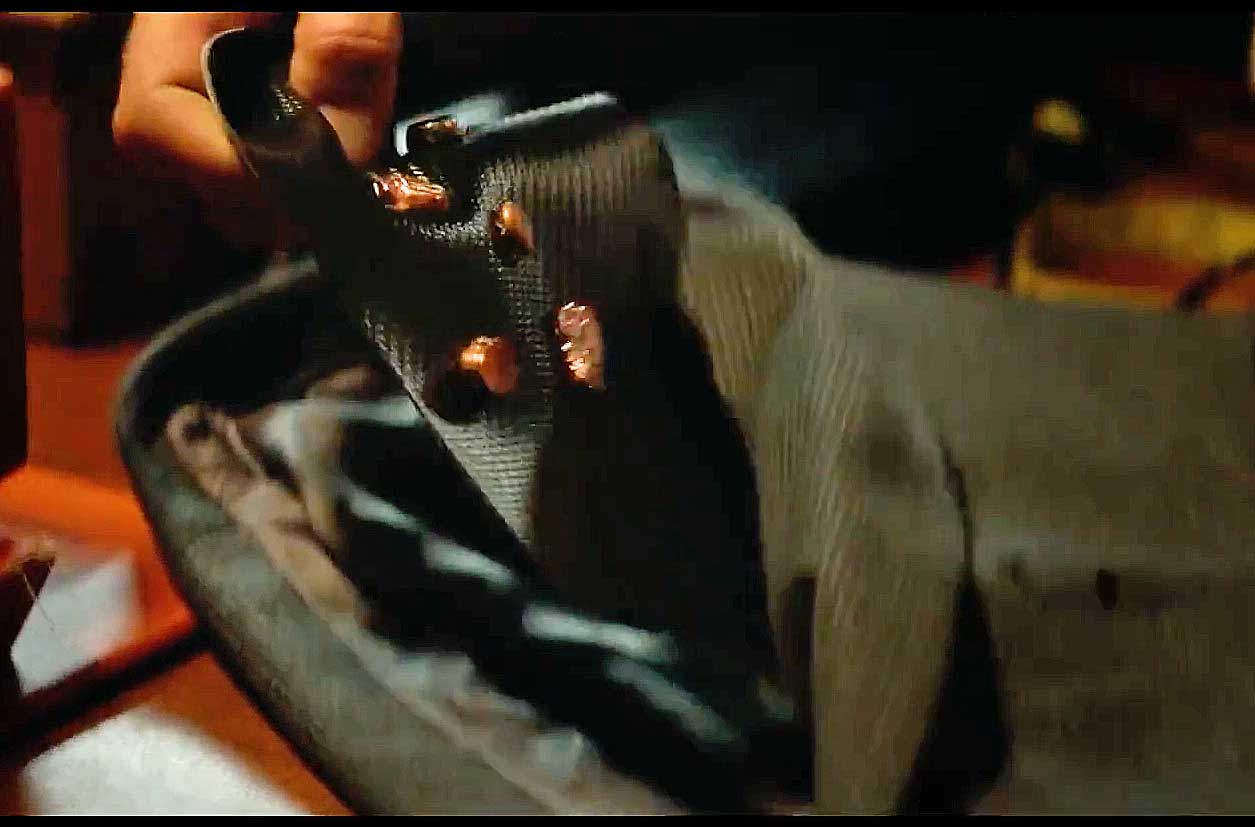 The uniform of the white shirt / black shirt and black suit is a staple of the John Wick series. John does dress it up. In a black shirt he uses a collar bar and adds a bit more detail in his patterned tie rather than a plain black tie. 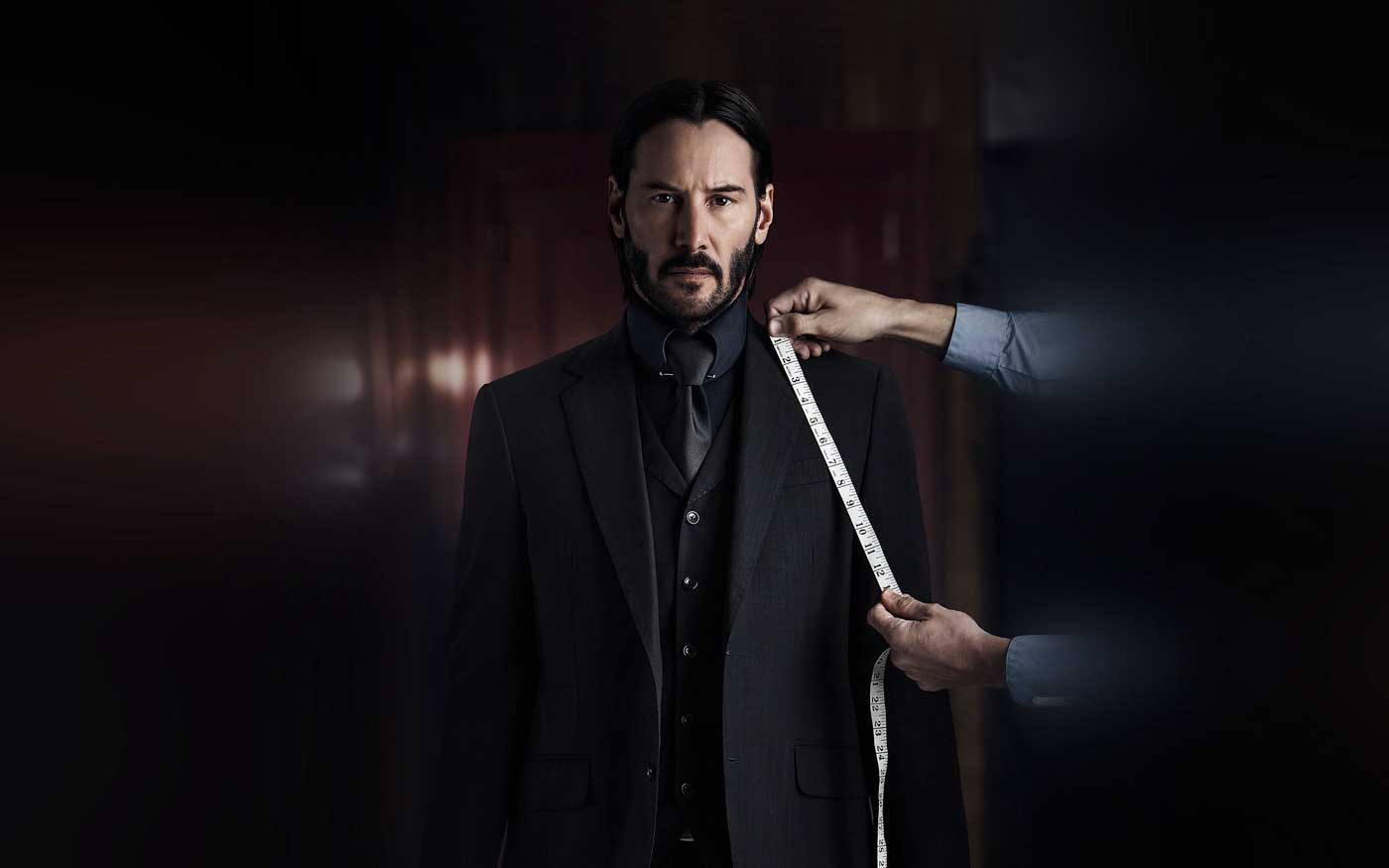 follows the same routine as above, but there is something reassuring about that constant look to the main character.

One thing that makes the John Wick series so wondrous in terms of sartorial elegance are the supporting characters costumes. Winston played excellently by Ian McShane is a roguish elderman who wears smoking jackets and cravats is someone who oozes English tailoring. Additionally it seems being an assassin is a very stylish job in that many of the characters are well tailored in very smart suits. 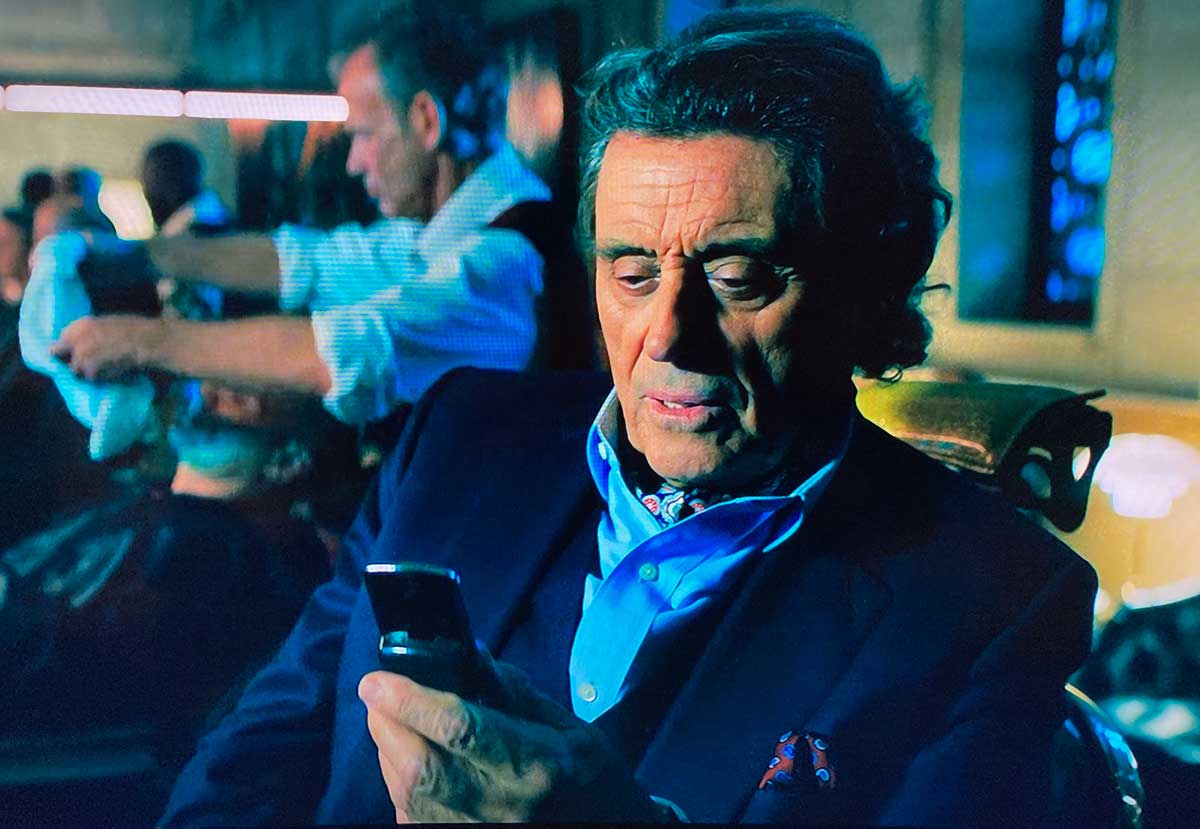 I love Ruby Rose’s character Ares as the sign language assassin wears a tailored suit shows how a male suit can be tailored well for a female and it is not something that distracts, but actually compliments the character.

The Moroccan feel in chapter 3 brings in a touch of the orient. Halle Berry’s character is well dressed for the environment, whilst being functional and adding colour. 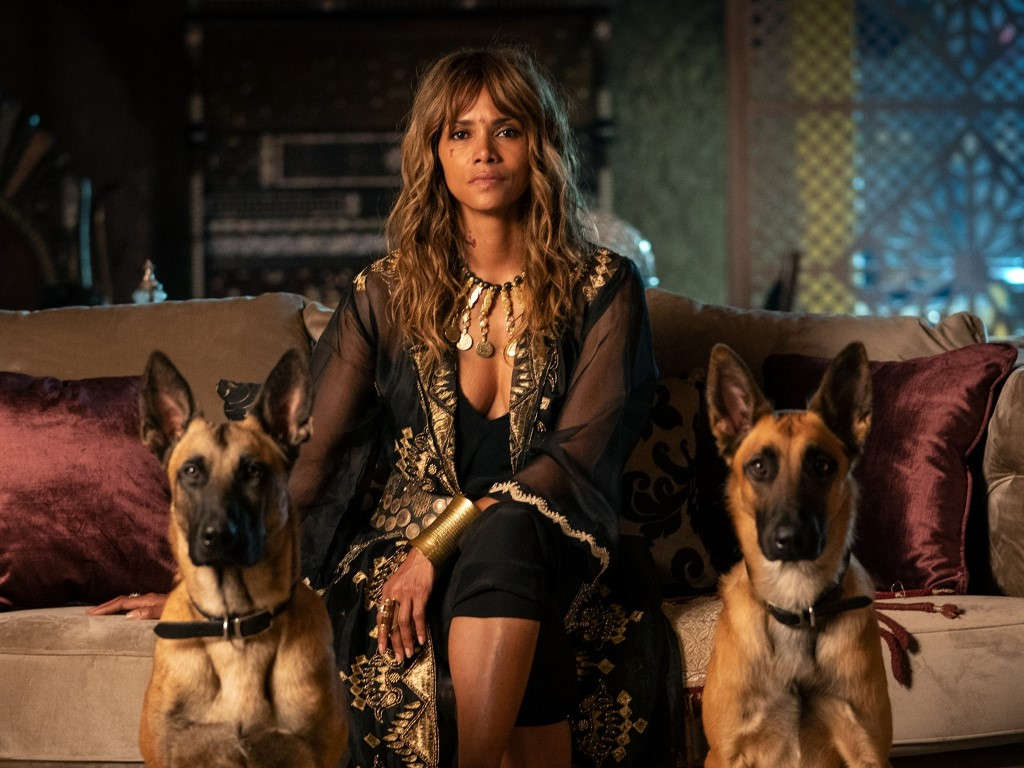 Laurence Fishburne is a wonderful character to bring in. The reunion of Reeves and Fishburne kind of paints this in a parallel universe to The Matrix. Fishburne is dressed well for the king of the underground. His style inspiration according to Luca Mosca (costume designer for all 3 John Wick films) is from Japanese kimono’s. 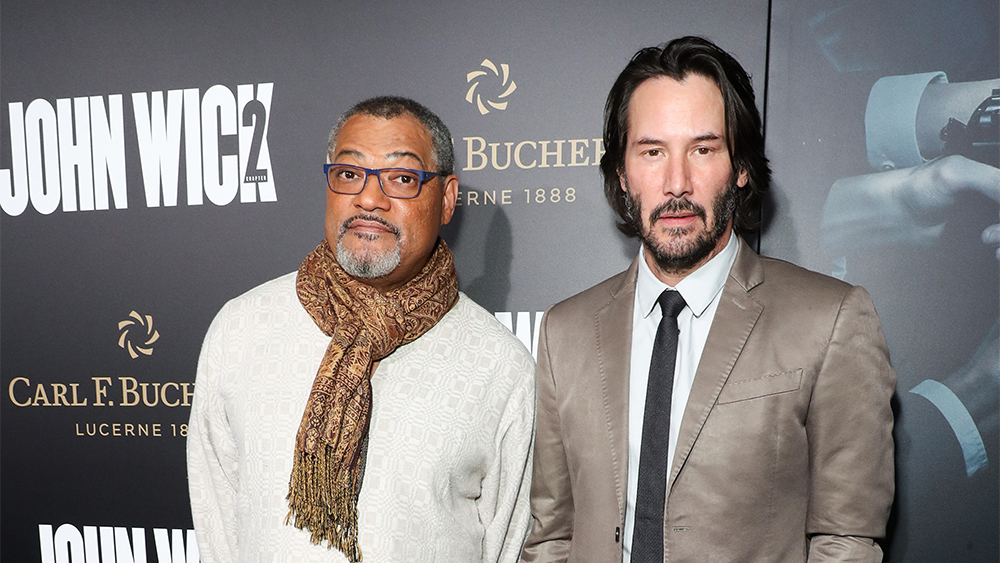 Assassination is an ugly game. However, this film paints an underground world in plain sight where stylish people play in this violent game of cat and mouse to kill and be rewarded. There are some similarities with the Kingsman series in that graphic violence is connected with well tailoring, not that should put people off getting a good suit.

The full interview with Z is available to listen in the player below or on iTunes, Stitcher or Spotify. Don’t forget to leave a review on your smart phone.

Show notes from Z, you can find him on Instagram at Tie Another Day. Some images within this post are the copyright of their respective movie studio. They are reproduced here under the Fair Use doctrine.

The Blu-Ray and 4k Box Set of the first 3 John Wick movies are available to buy on Amazon. The nailed on addition to my future home cinema and podcast studio will be this Vintage John Wick Movie Poster. (Currently unreviewed, please shop mindfully).