The Crockett & Jones Tetbury boots were worn in Skyfall in the Pre-Title Sequence with the light grey sharkskin TOM FORD suit in Istanbul and then again later in Shanghai when Bond poses as a chauffeur.

These boots were my first purchase from C&J. I wore them almost constantly, with suits and with casual items for the first few month of owning them. Although I’ve ended up with more shoes from Crockett & Jones, I still think these are my favourite. 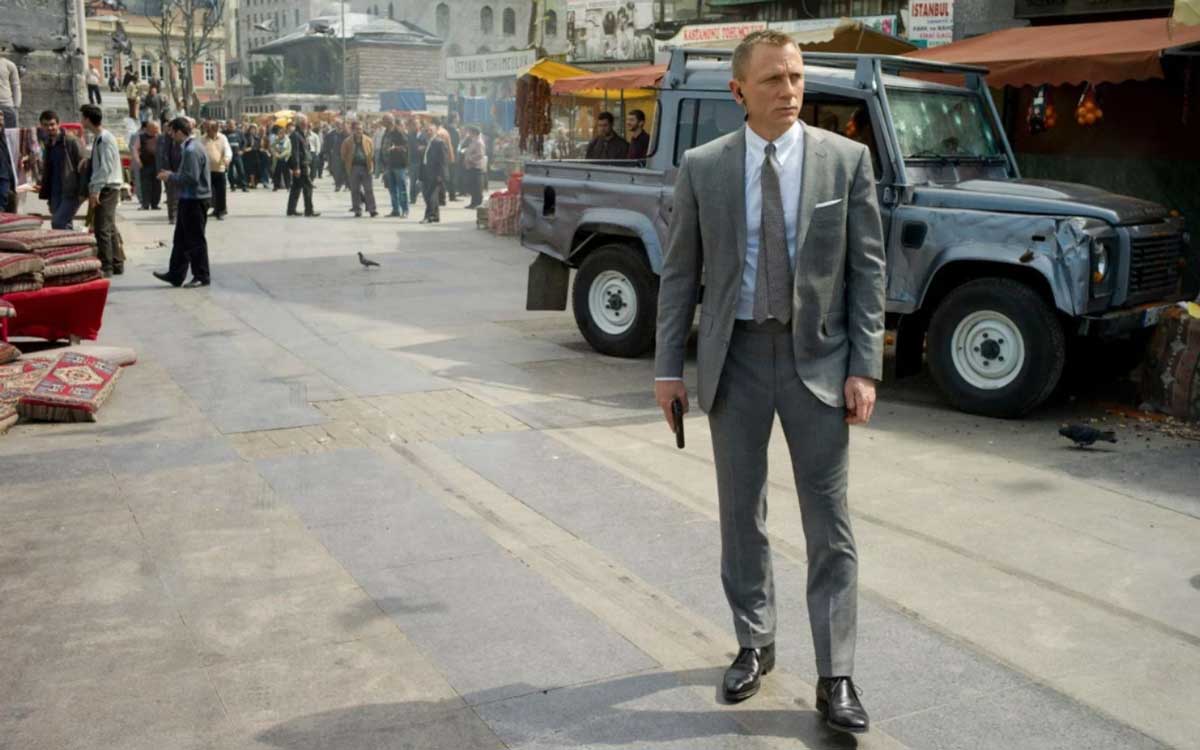 Crockett & Jones describe the Tetbury as:

A plain fronted chukka boot made from the finest calf or suede leather with Dainite rubber soles.

They are produced using Last Number 348, which has been around since November 2004, part of the main range of men’s shoes, it has housed the largest collection of styles. It has also produced many of the shoes seen in Skyfall, Spectre and now No Time To Die. 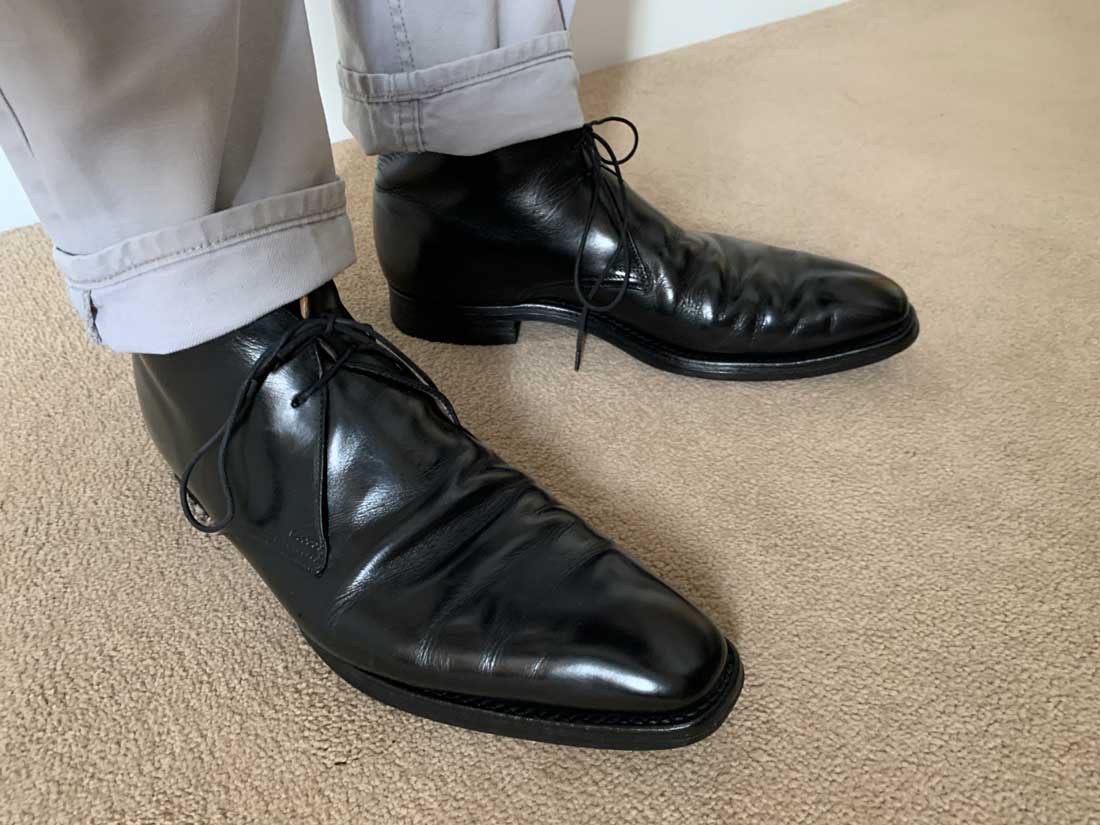 Two of the standout outfits were the light grey suit and the chauffeur outfit, both of which he wore the Tetbury. So, when I made the decision to purchase a pair of shoes from Crockett & Jones, it was always going to be the Tetbury as the first pair.

I’d previously bought shoes online before and been disappointed by the fit and comfort. Hence I went to a store to try them on first before taking my hard earned money. 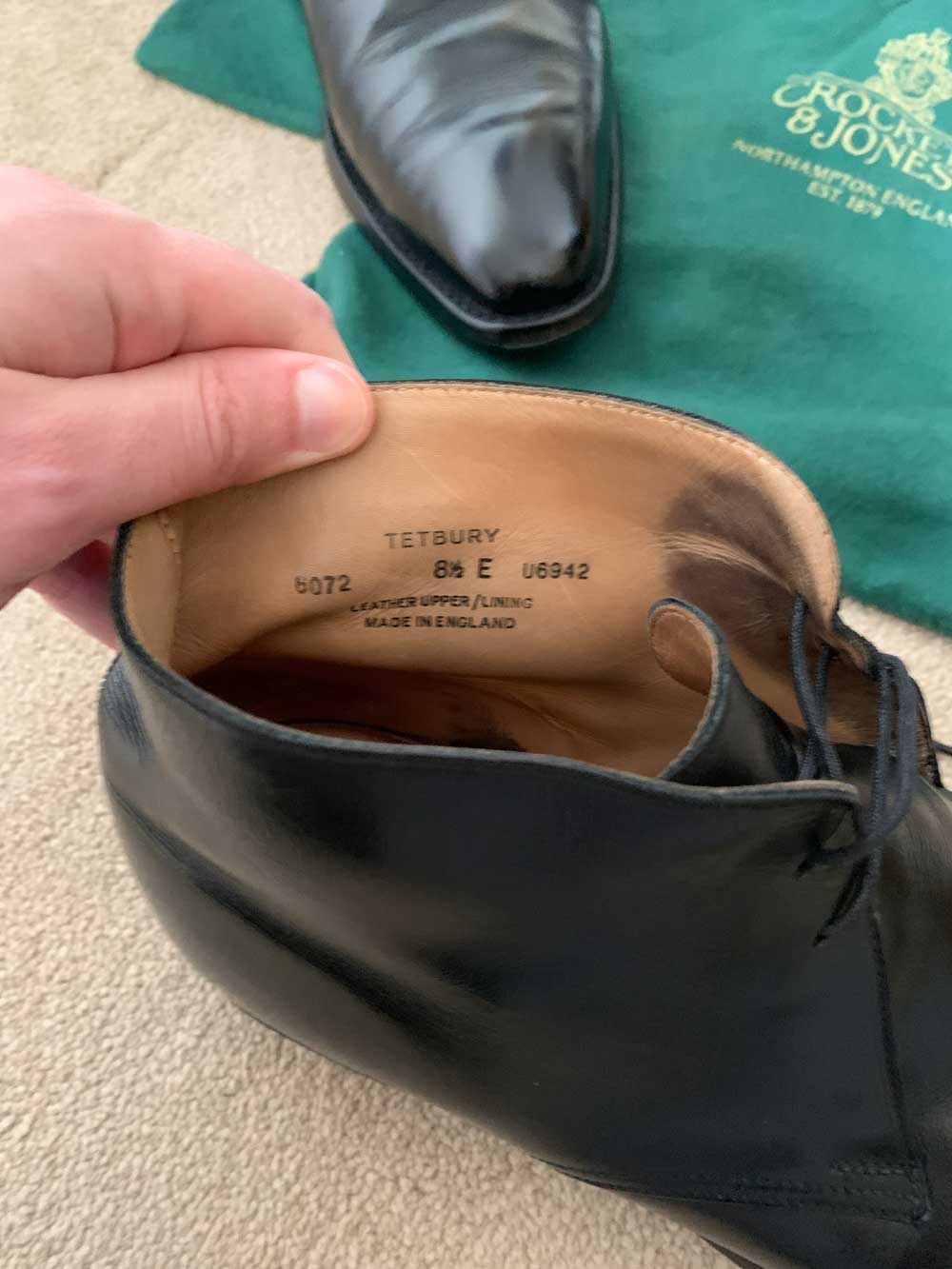 At this time, I lived in Leicester, and I used to travel to Birmingham on occasion to go shopping. Birmingham also has a Crockett & Jones store, so I looked up where it was and went to visit them.

First of all, the store was immaculate. It had that shoe shop leather smell, which was fantastic. The name of the lady who served me I believe was Alex, and she helped with all my purchases from Crockett & Jones when I visited both the stores in Birmingham.

My first visit was late 2012. Skyfall had probably been out 2 or 3 months at this point, and the store had the promotional material for the entire Skyfall range (which included the Highbury, Alex and Islay), but I was after the Tetbury!

The book From Tailors With Love: An Evolution of Menswear Through the Bond Films is available to buy on Amazon. Including an interview with Steve Murdoch, Head of Retail for Crockett & Jones. It’s written by myself and Matt Spaiser and includes the costumes of No Time To Die. The book is now available in colour as an EBOOK, in addition to the B&W hardcover and softcover versions. 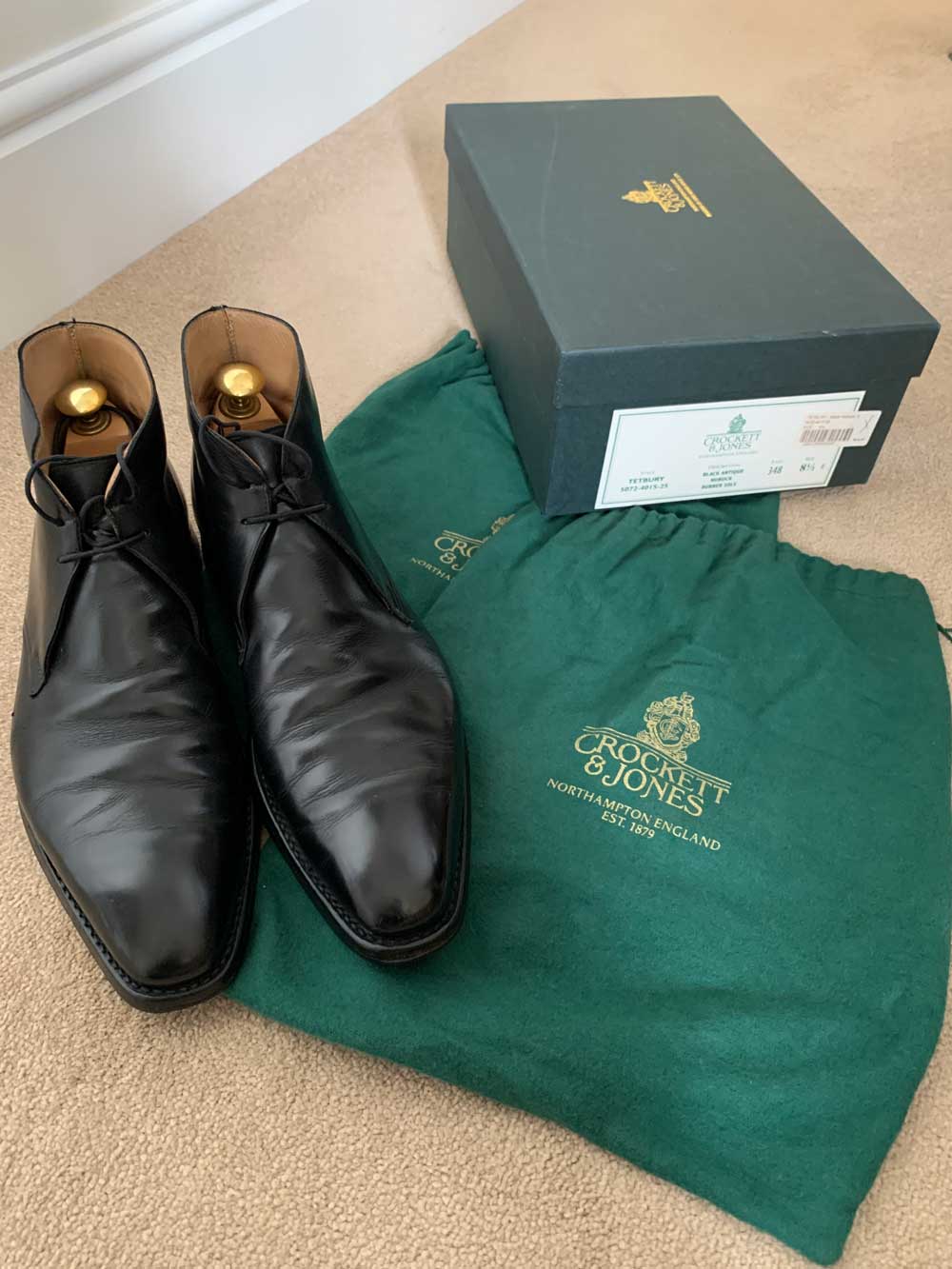 These boots were made for walking

Unfortunately for me at this point, I wasn’t the only one who wanted them. The black leather version was out of stock! I was gutted. However, they did still have other options in my size, so I was able to try on a pair.

I cannot remember a time before that I had ever felt such comfort from trying on a new pair of shoes. I was astonished. The feel of them was excellent. I thought I could walk 10 miles in them, and I wouldn’t have any issues (I have done, and they don’t). So now I needed to get hold of a pair. So Alex put my name down for a pair on order and would call me when they arrived.

I believe it was February 2013 when I got that call to come back and collect my new boots, that next weekend I went to Birmingham, tried on those boots and happily parted with my money. 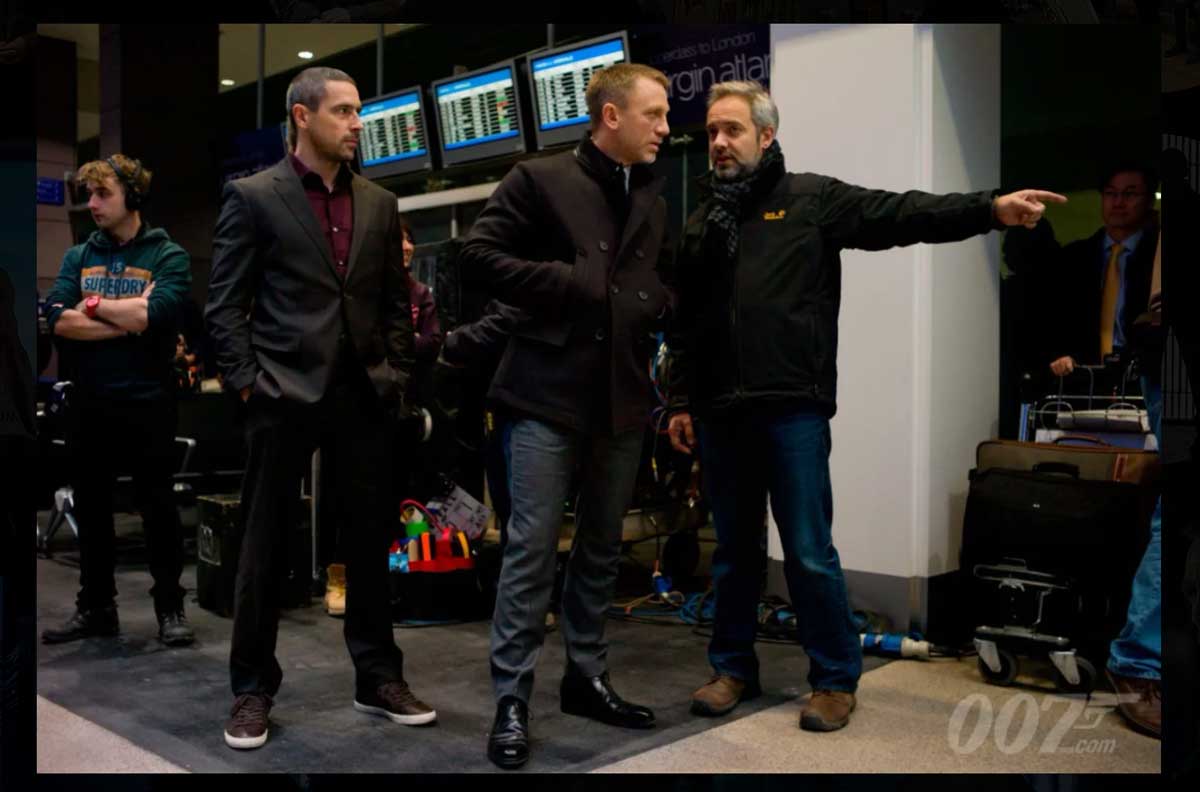 I didn’t initially get the shoe trees for them. However, after watching Mr David “The Bond Experience” Zaritsky’s review on the same boots I’d bought, it did change my mind.

Not only do they retain the shape of the boots, they remove any moisture from them. This keeps them smelling great, and really help when it comes to polishing them. If you do buy them from Crockett & Jones, they are not cheap. You can probably buy shoes trees elsewhere, but I’ve bought mine from Crockett & Jones with every purchase since.

In the 8 years that I’ve had these boots, I have scuffed them often. AND I’ve put a slight scratch into the leather (I was really annoyed that day), but when properly polished you can only just see it. They have yet to be re-soled, but I assume that day will come soon. The only thing I’ve needed to replace are the laces, many times. 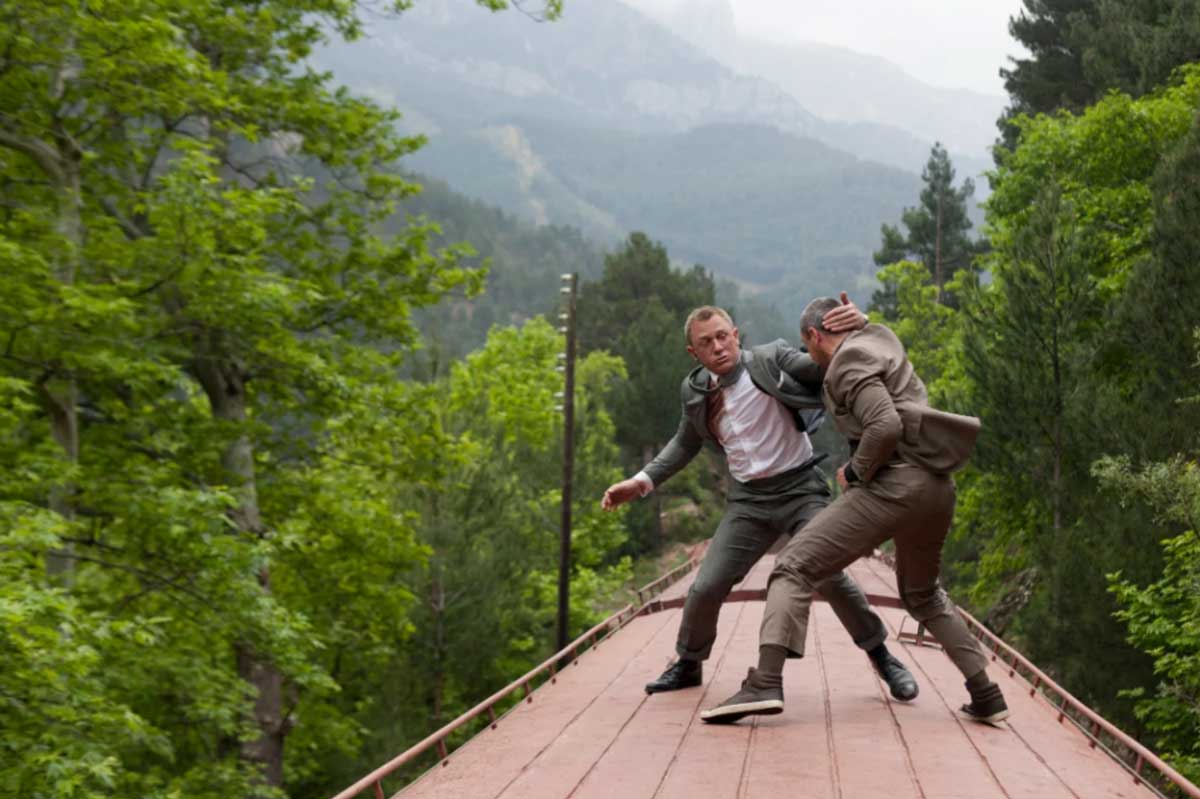 I have walked and ran miles in these boots. They have lasted so much better than I could imagine and will last me a lot longer. These boots have more than paid for the cheaper shoes that I would have worn and then thrown away over 8 years.

This won’t just be an investment in another Bond sartorial item, this will save you money in the long run. I would say that for any pair of Crockett & Jones pair of shoes that I have purchased.

They have also helped my feet. I used to get terrible pain in my feet from wearing shoes, but now I find wearing shoes more comfortable than trainers! Do your feet a favour and invest in a pair of these shoes. 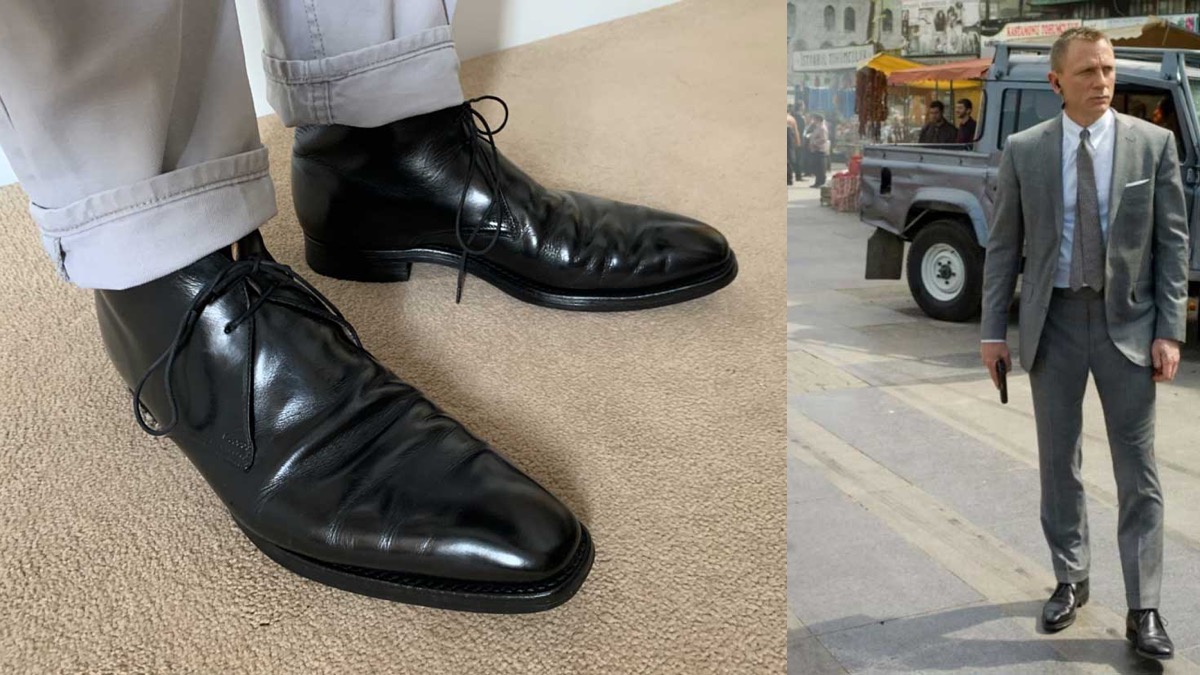 The Crockett & Jones Tetbury boots are available through the C&J website.