This is a blink and you’ll miss it moment, but at the time I had it on good authority that these Converse Jack Purcell Low Tops trainers were in Casino Royale. It’s the scene where James Bond is recovering and he and Vesper go to his room, out of the rain, and miss the bed!

Another pair of Jack Purcell trainer were featured at the beginning of the film in Madagascar, the Jack Purcell OTR High Tops. 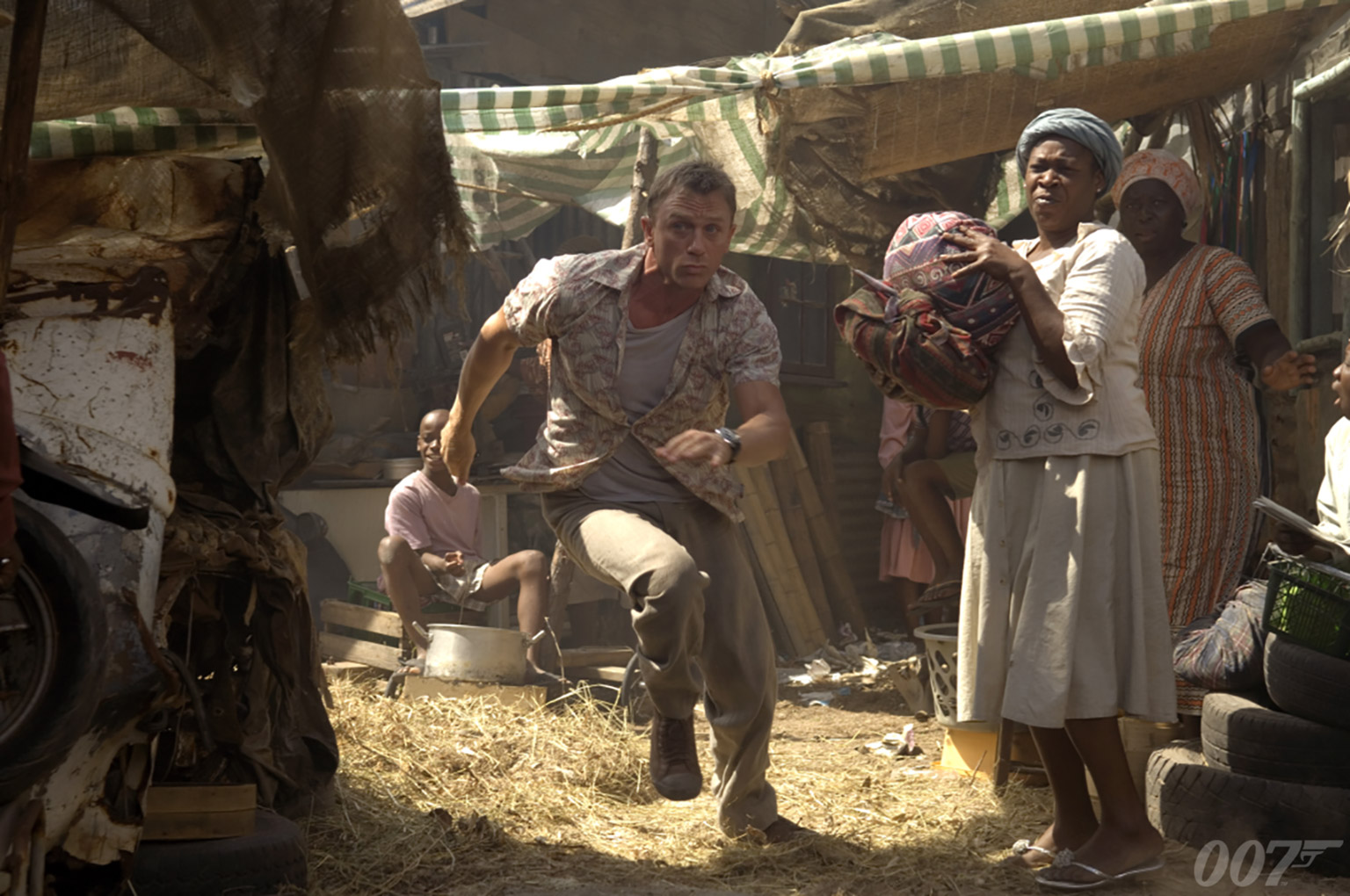 Converse don’t have the arch support I need from other trainers. I tend to wear shoes more than trainers, but when I do wear trainers it’s either for running or training, or the Gazelle for casual outings. 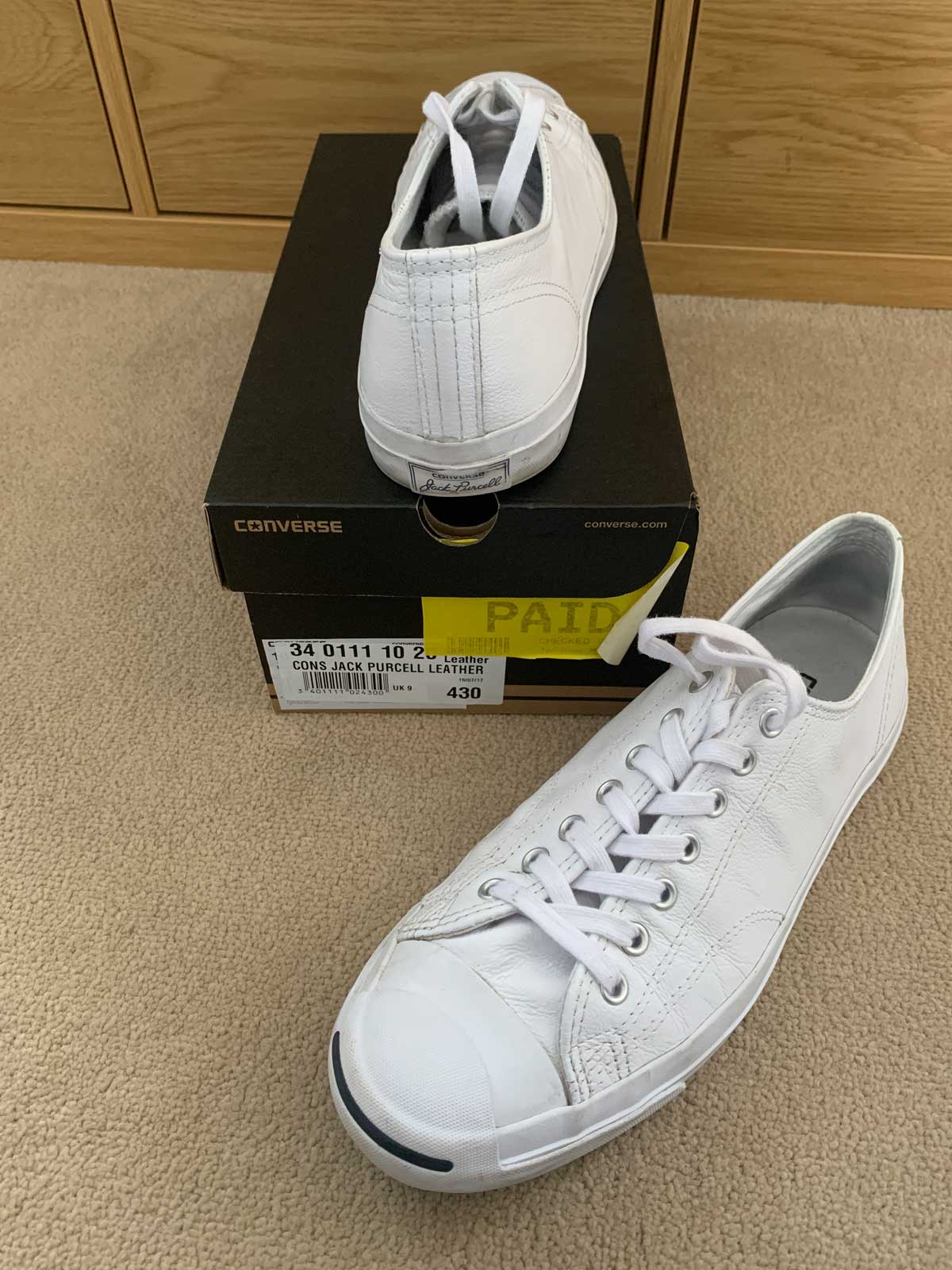 I’ve been wearing them again the last few days, and two things have happened! One – I have a blister on the back of my right heel from a 3 mile walk I did in them. Two – my wife asked if I bought them recently, as she hasn’t seen me in them for a long time.

I’ve probably not broken them in as much as I should have, and will start wearing them more often, if nothing then to break in the back of the shoe to stop it from rubbing.

I do really like these trainers, and I am a fan of Converse. I used to wear Converse a lot. AND I think this style of shoe can be a timeless classic to go with a lot of casual outfits. Price wise it isn’t so bad either. 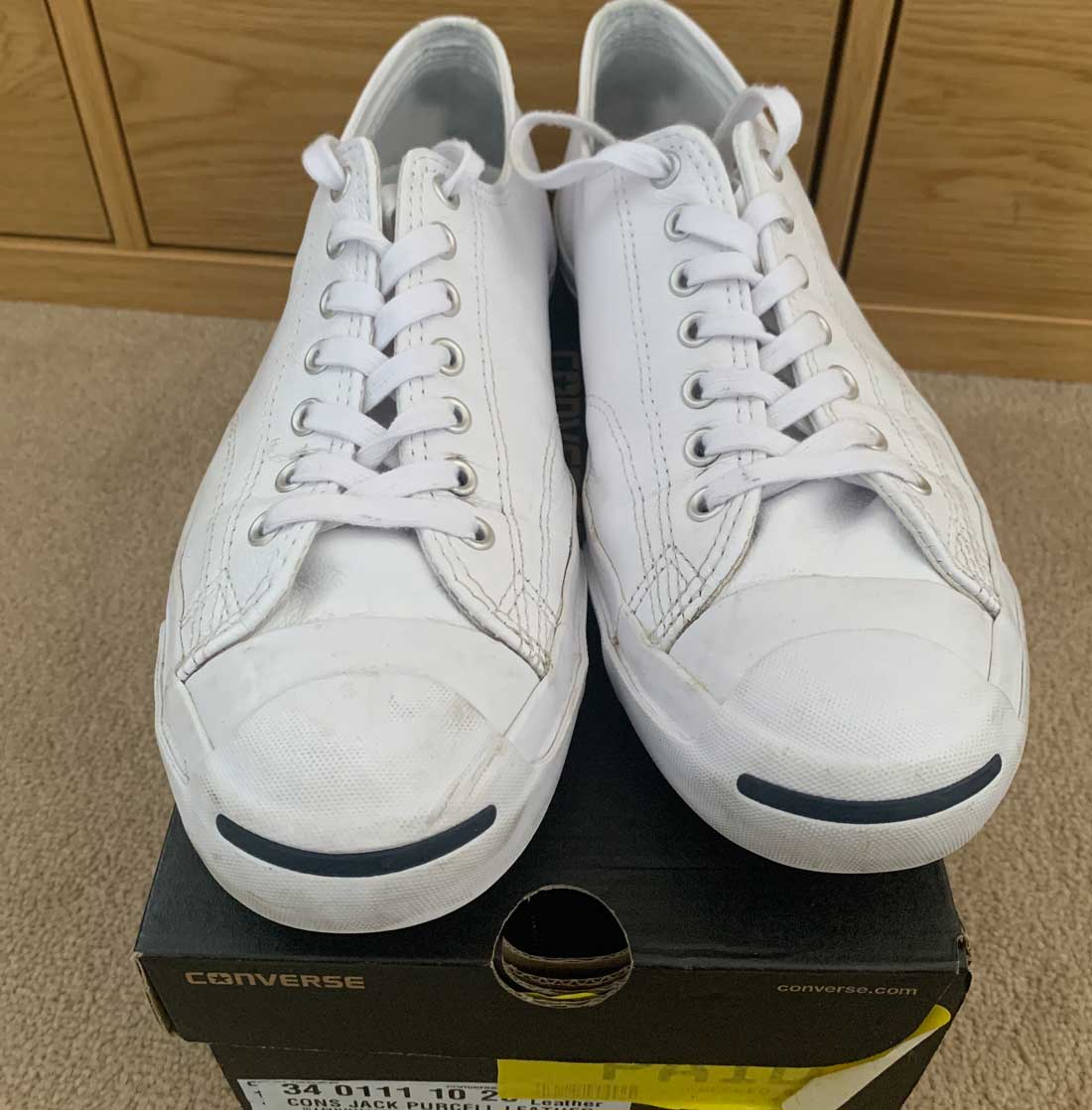 Get the Black Smile

Although this exact version isn’t available now, the one linked to has the white smile on the front, whereas this version (and Bond’s) has a black smile. You can pay the extra £15 to have a customised pair made with the black smile!

The fact they are leather rather than the cotton version I think helps from showing too much dirt. However, when they do get dirty they are easier to clean. I use an old toothbrush and vanish soap to keep mine clean. Maybe why the wife thought they were new? 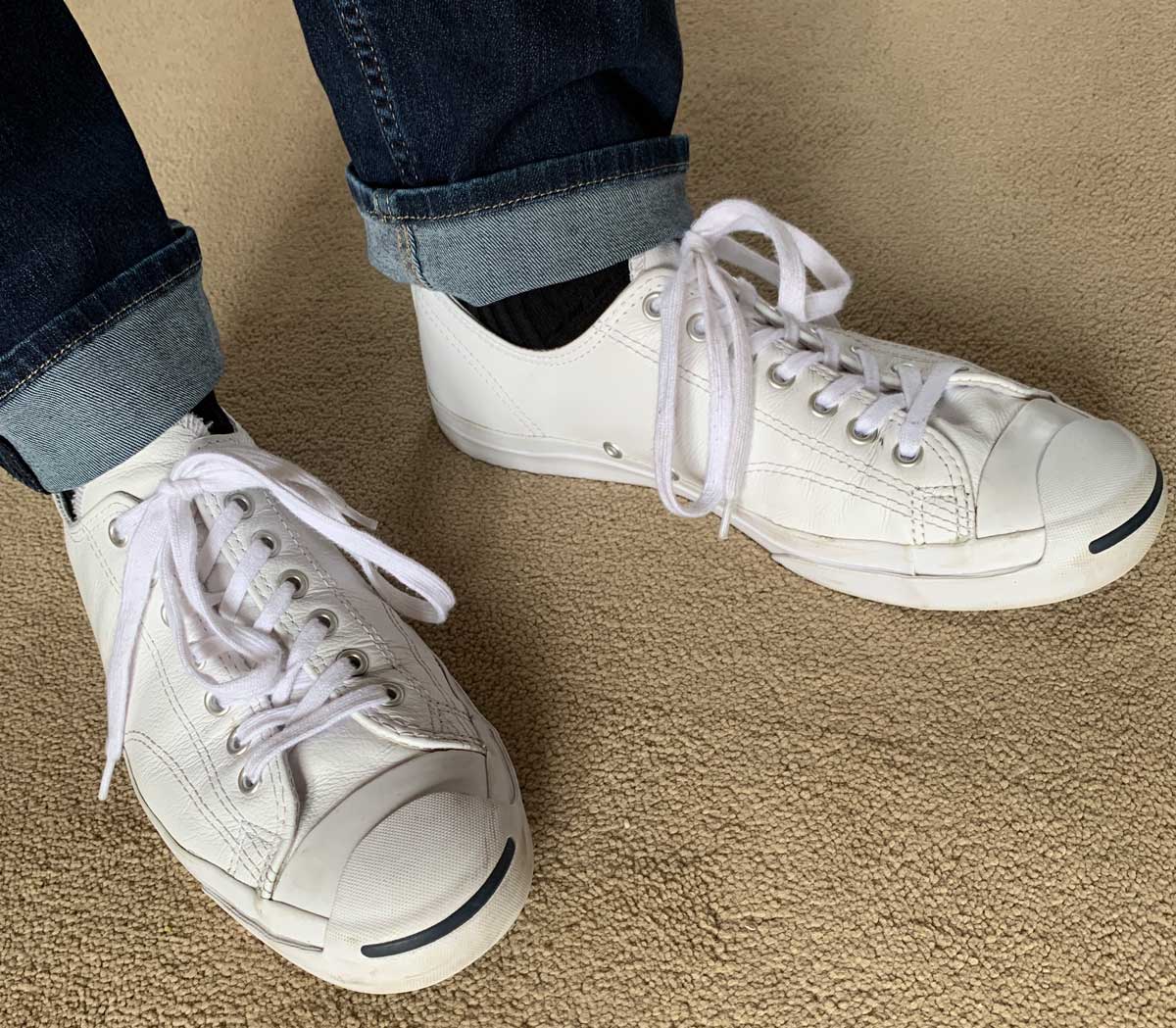 In closing, I would buy them again. I love the look of them, and after wearing them to write this review, I will be wearing them more often now for casual settings that don’t require too much walking.

Would I wear them to chase down a henchman, no. I’d go with either a Nike running trainer, the Adidas gazelle, or even the Crockett & Jones shoes or boots (yes, I’ve run in them, and they were quite comfortable to do so). 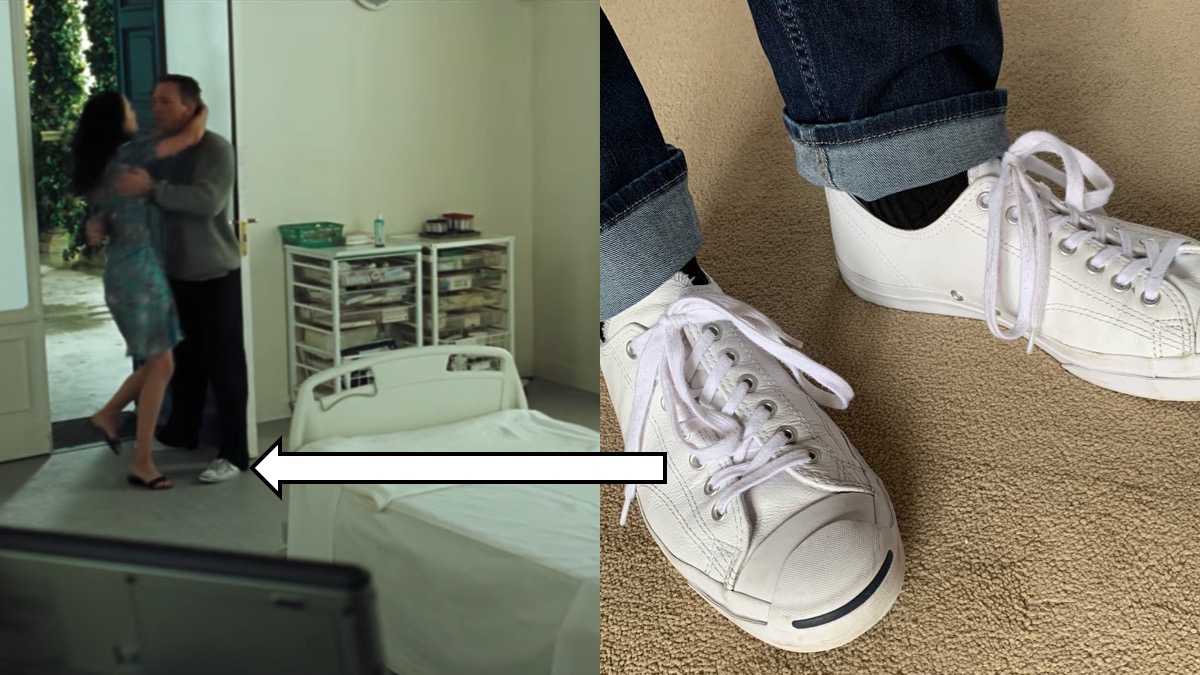