The 24 Hour War – The Amazing Black and White Stills 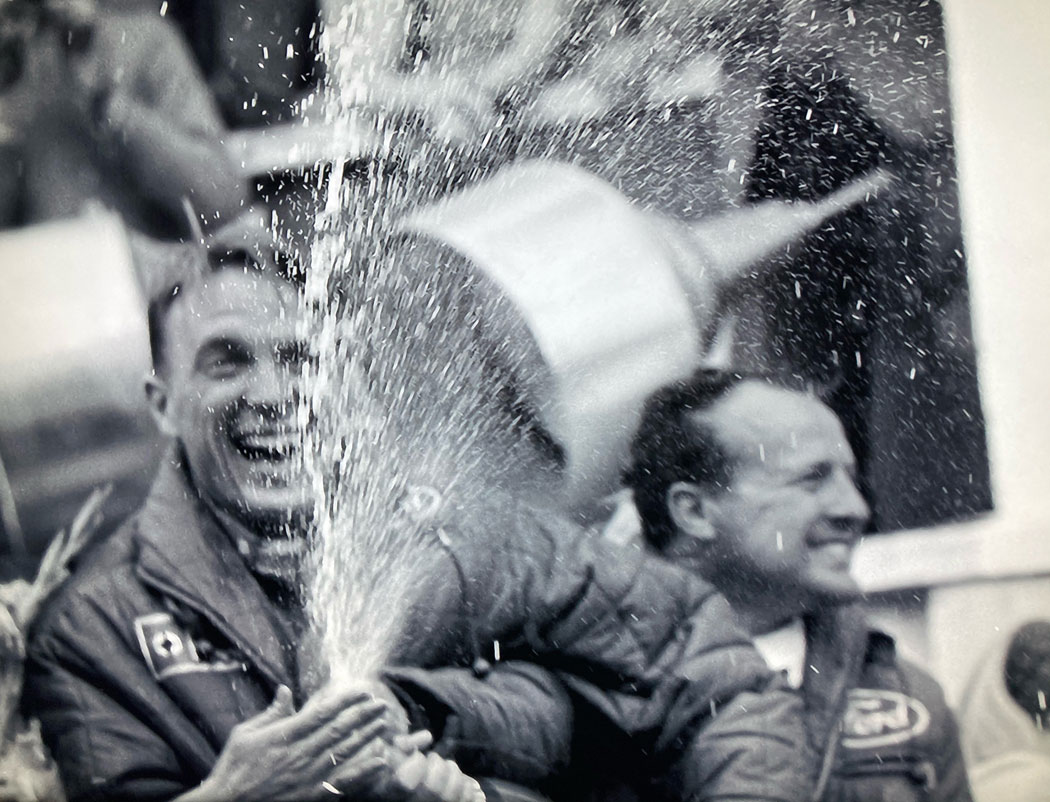 Here are some screen grabs from the documentary The 24 Hour War, available currently on Netflix. For the record I do not claim ownership of any of these photos.

The documentary lays the foundations for the thundering yarn of Ford V Ferrari during the sixties. The battleground was Le Mans. The players were Henry Ford II and Enzo Ferrari. 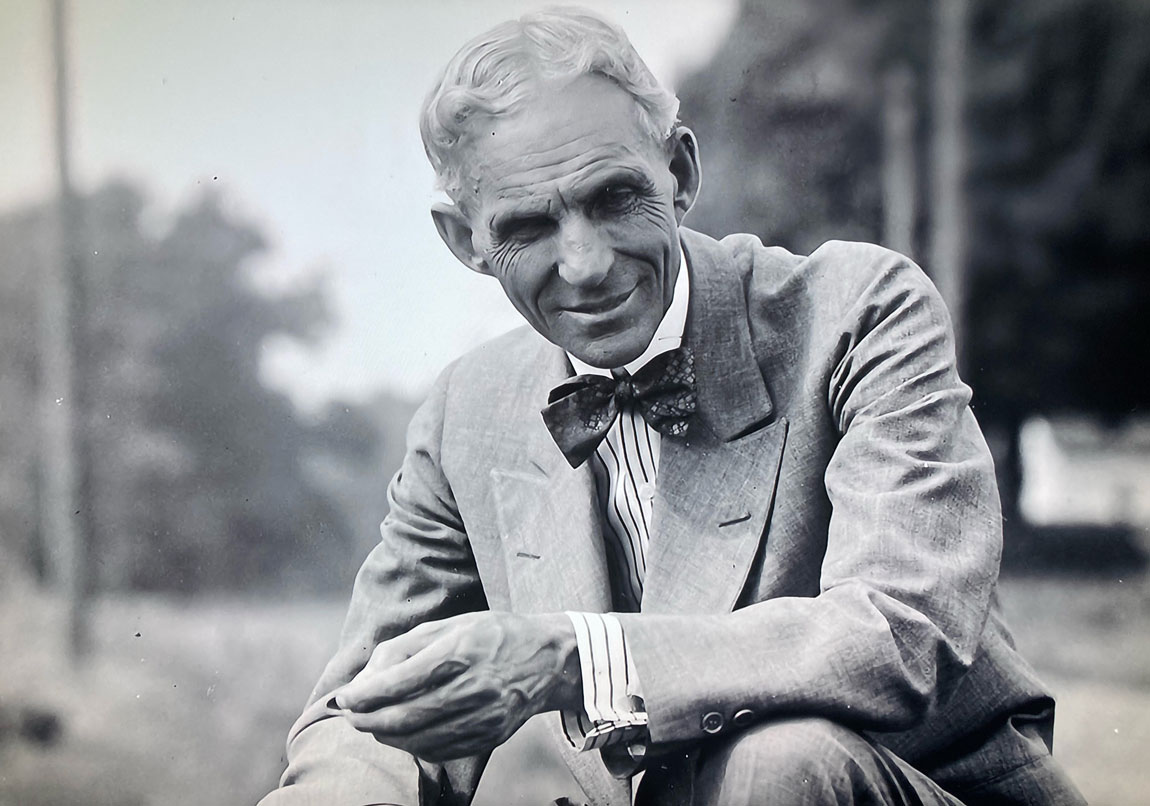 It’s not entirely clear from the documentary what years the photos were taken. We know that Henry Ford retired in 1945 and left the Ford Empire to his grandson Henry Ford II. He died in 1947. 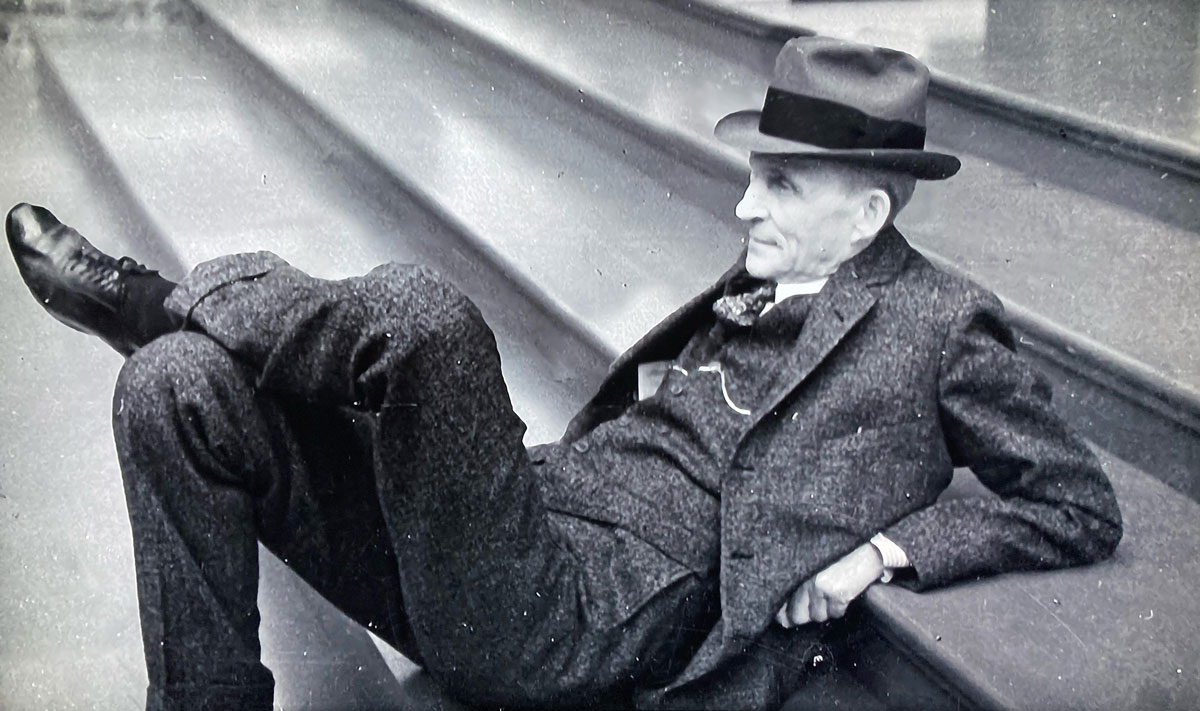 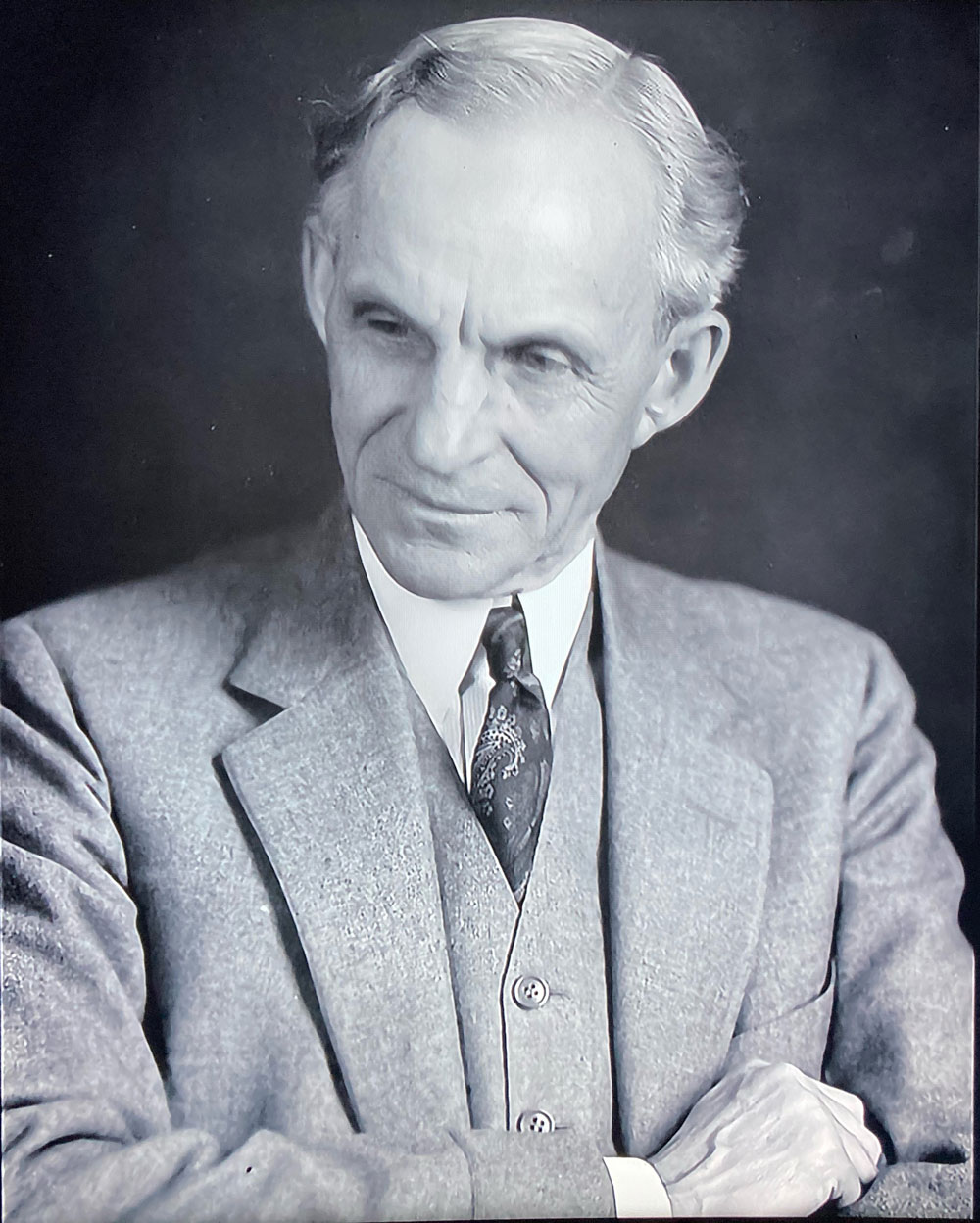 Rest of the Ford Team

American car maker Carroll Shelby was enlisted by Ford after winning Le Mans as a driver. A man known for his beguiling charisma, Shelby retired early in his career due to medical problems. But Shelby knew what was required of a car to win a race.

I have no further intel on who made his clothes. But you can find numerous Shelby Clothes and merchandise through the Shelby Store. 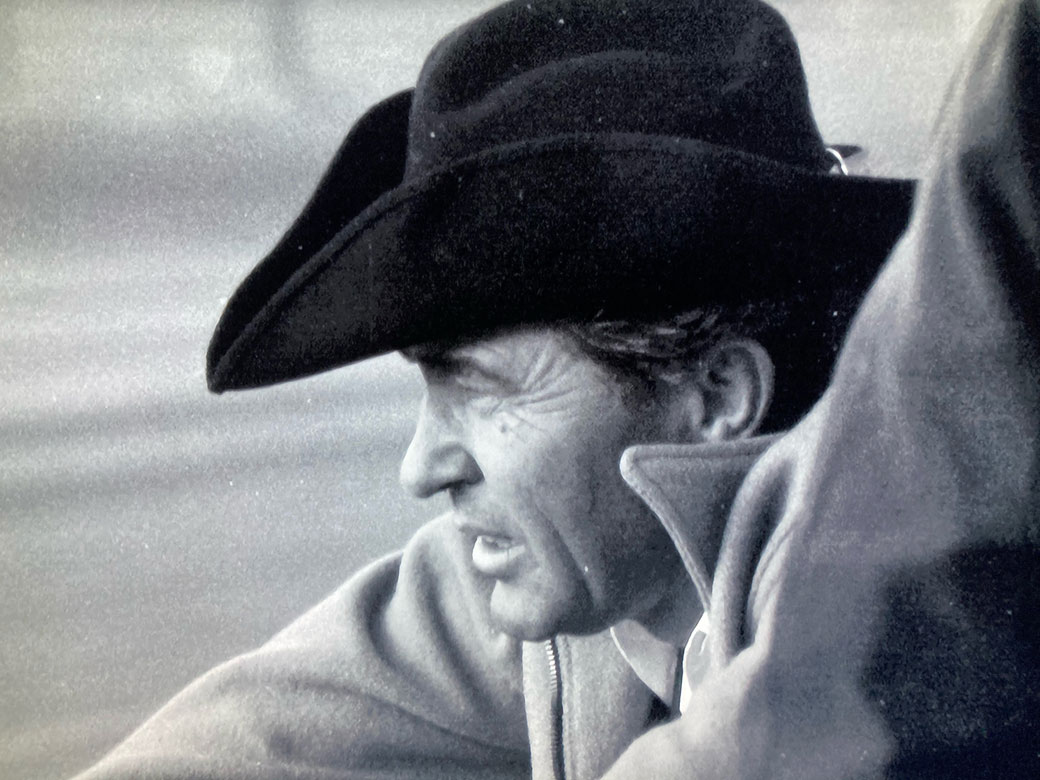 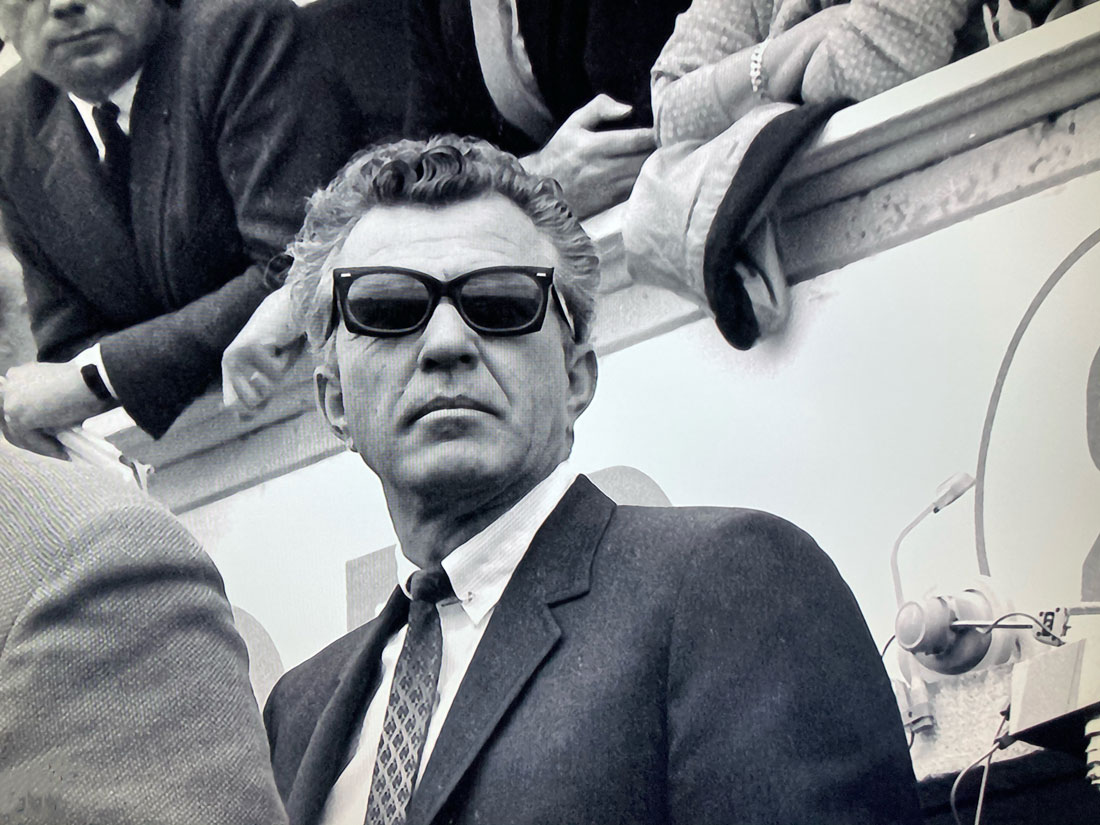 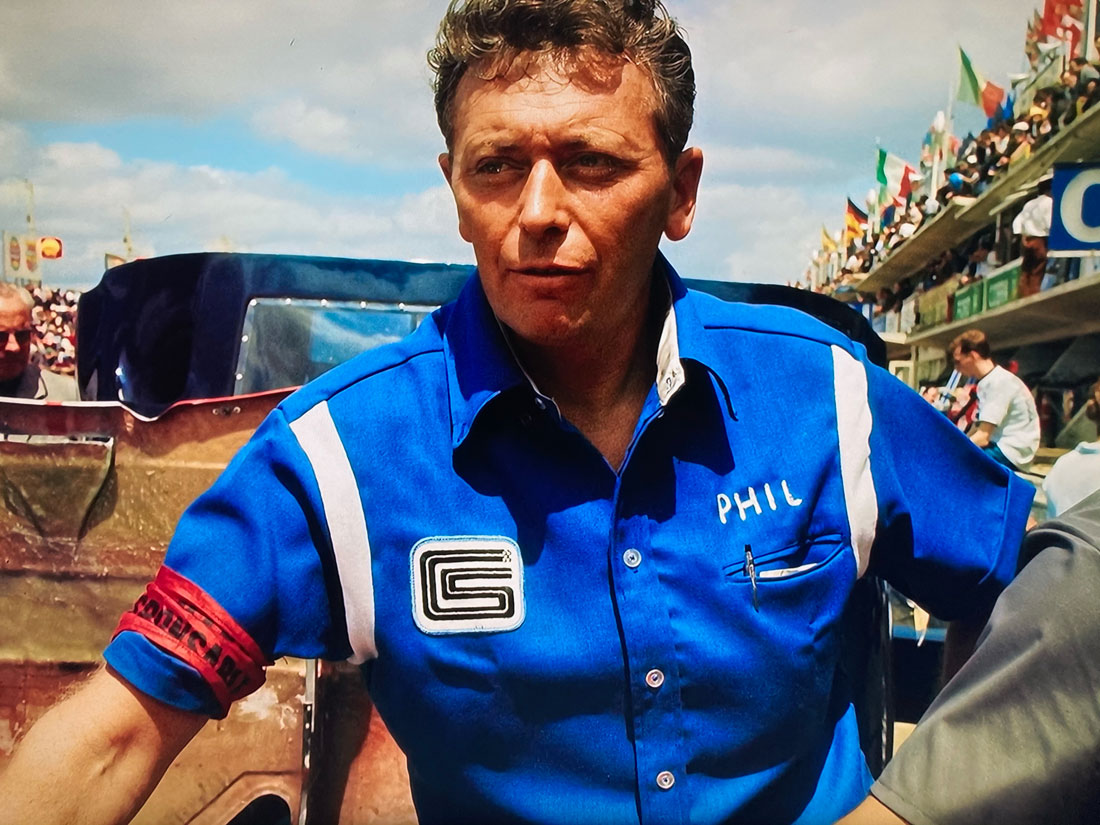 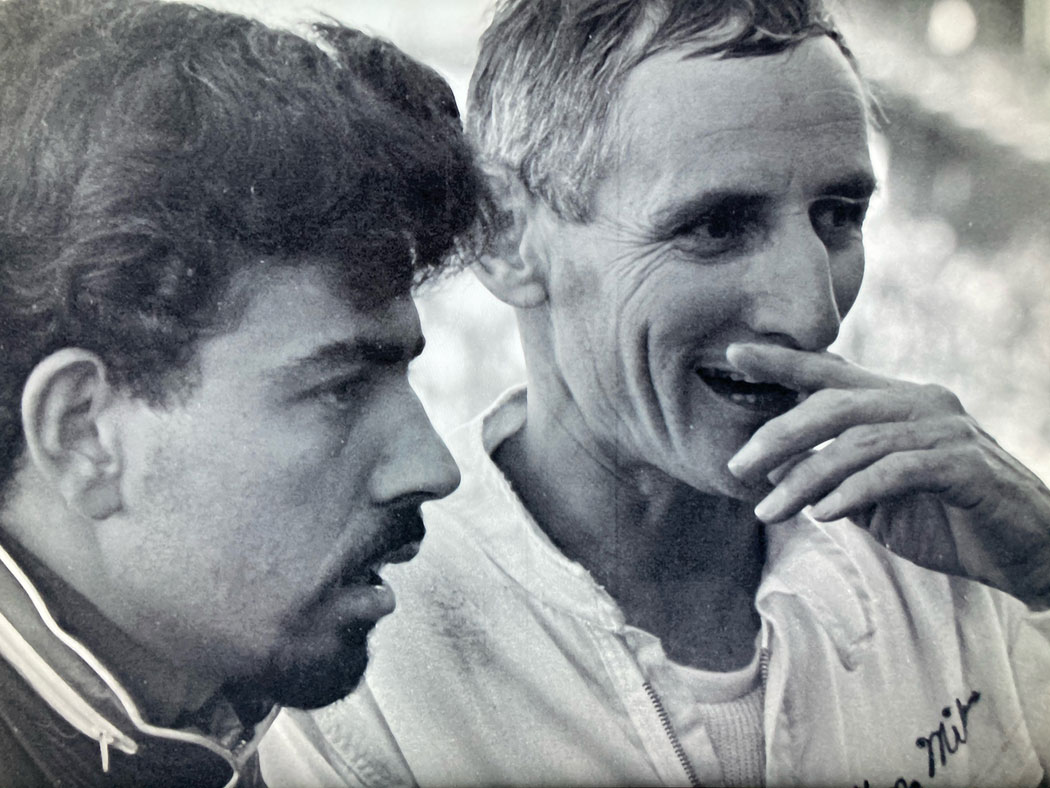 The documentary also features some wonderful shots of Enzo Ferrari in both 2-button and 3-button suits. Along with thick double-breasted herringbone ulster coats.

We know through a museum piece in the Collectors Studio that Enzo Ferrari had his suits tailored by a company called Bertazzoni during the seventies. A quick Google search only comes up with an Italian homeware and lifestyle brand. 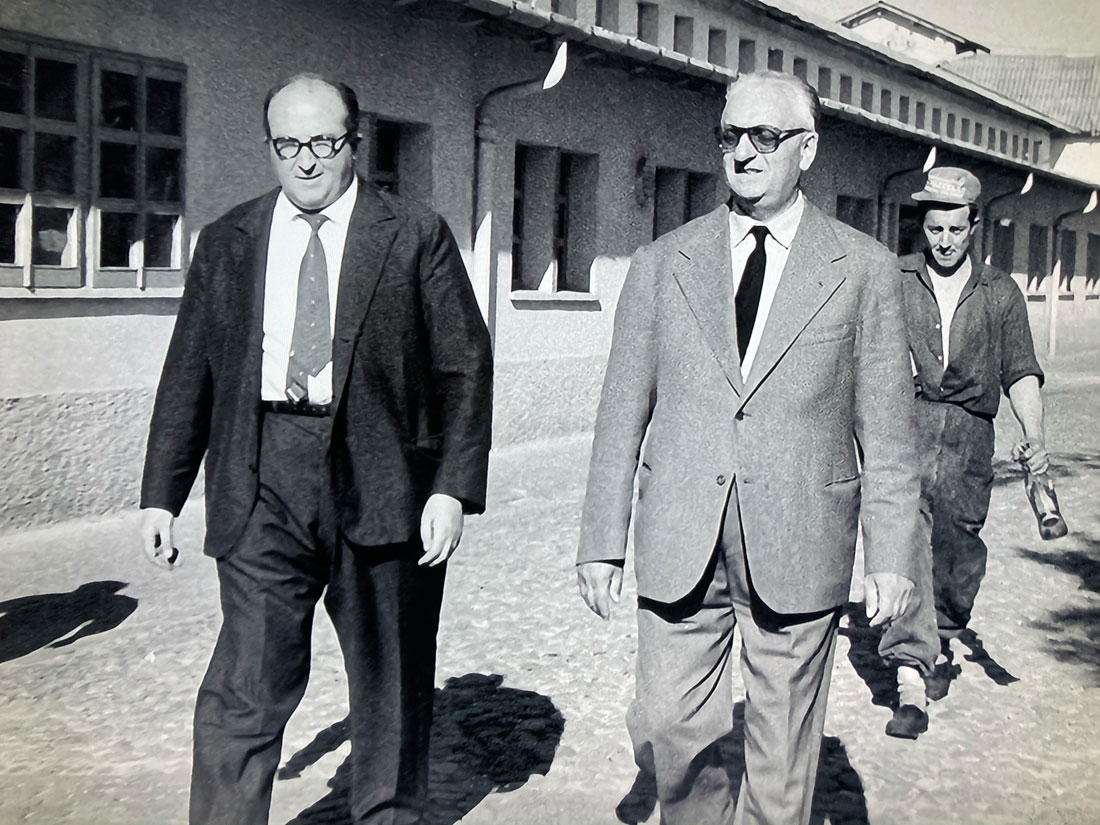 A note from the Collectors Studio

Thanks Peter. The suit came with notes from the tailor. At the time I googled Bertazzoni – they do appear as having been in Modena, but believe they are now defunct.
Regards,
Morry Barmak 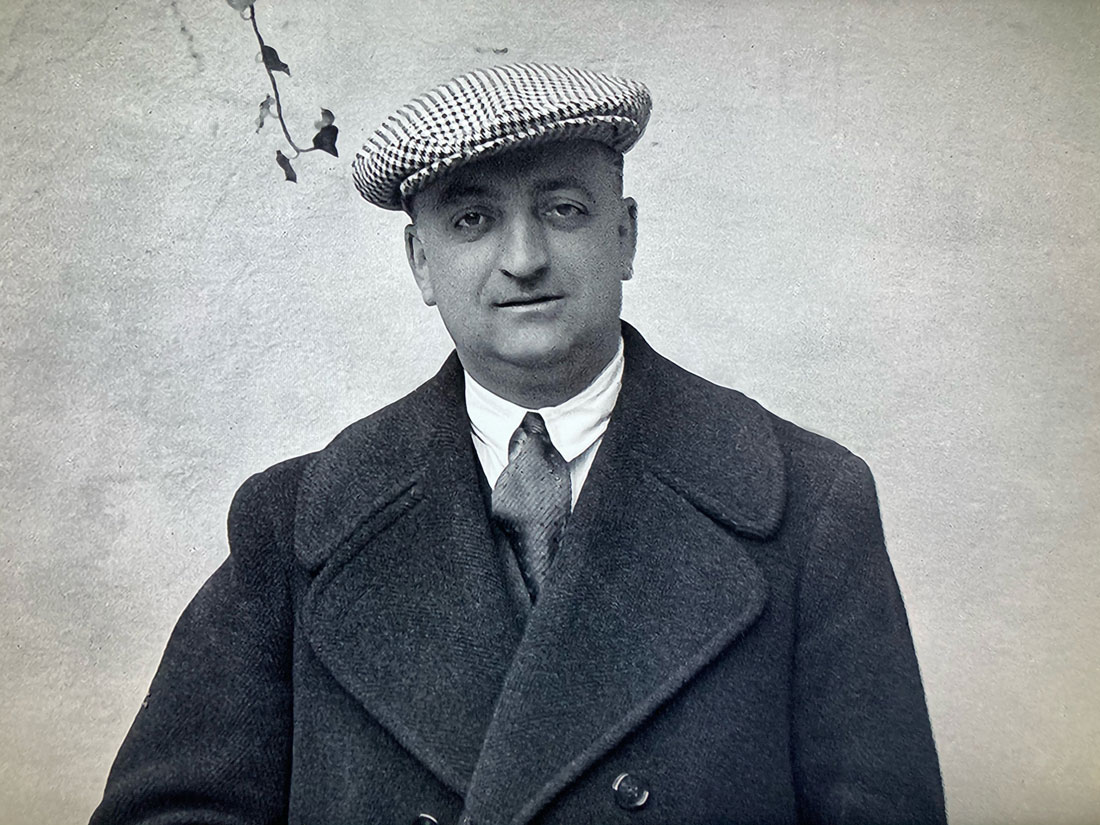 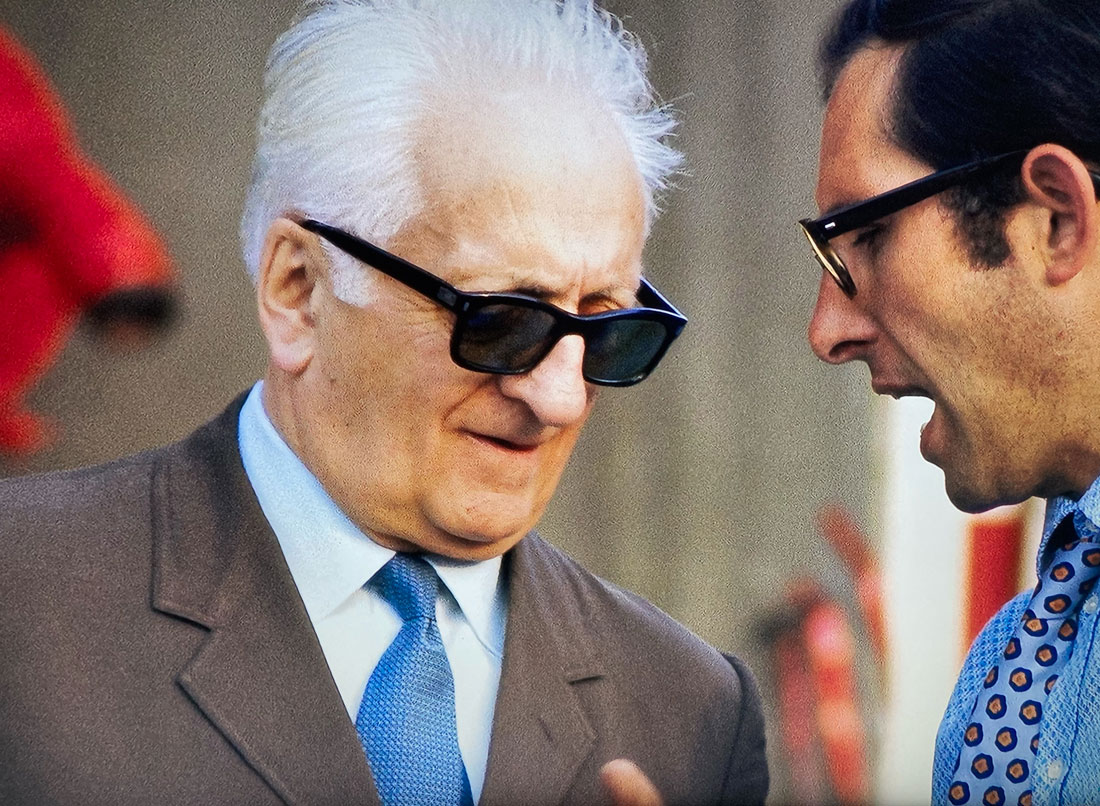 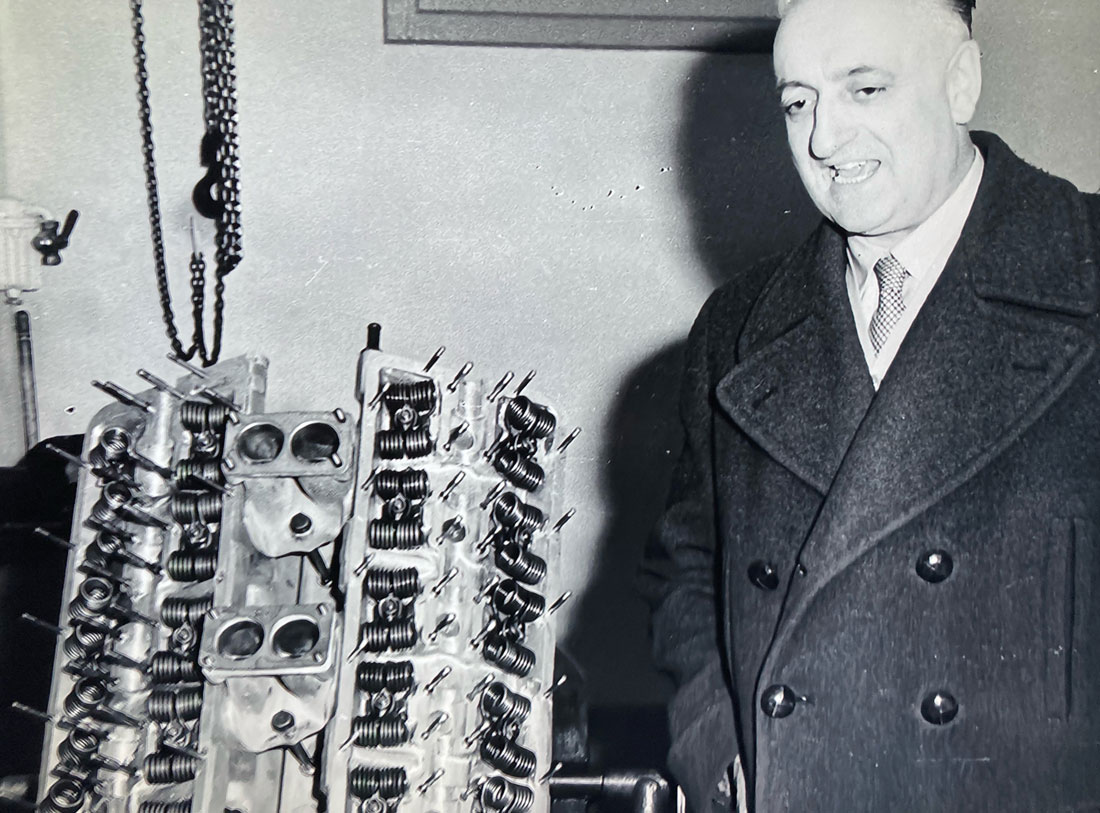 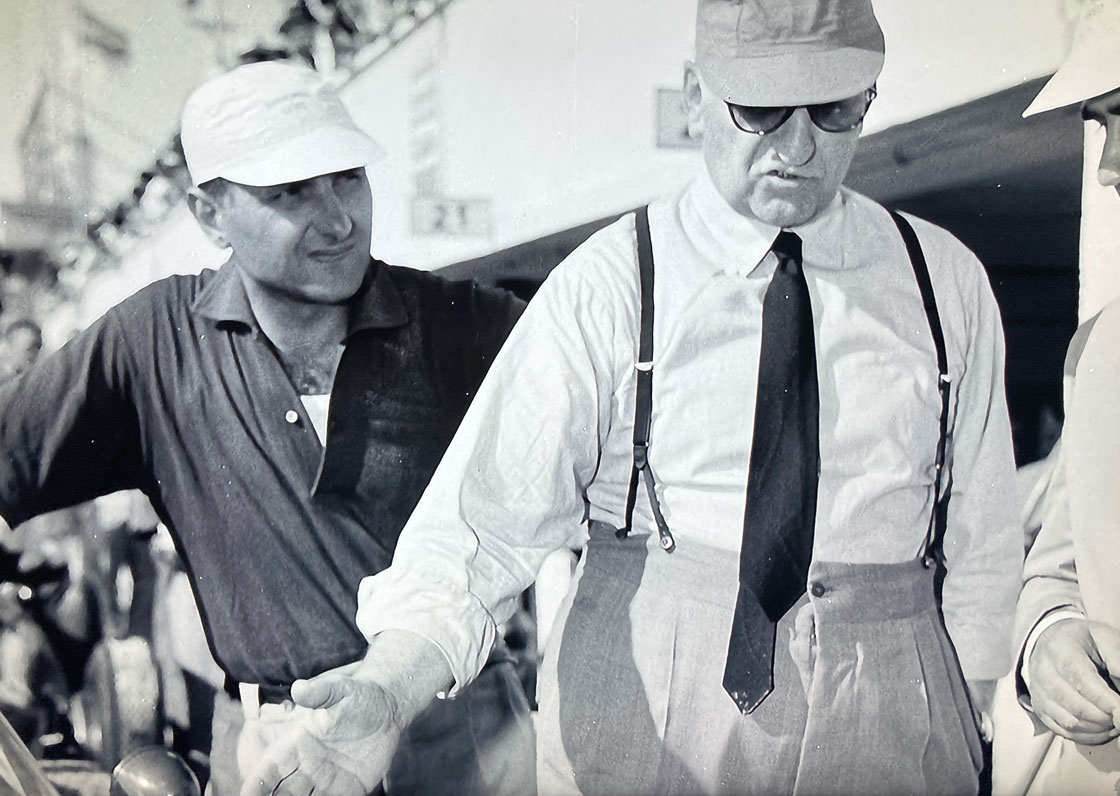 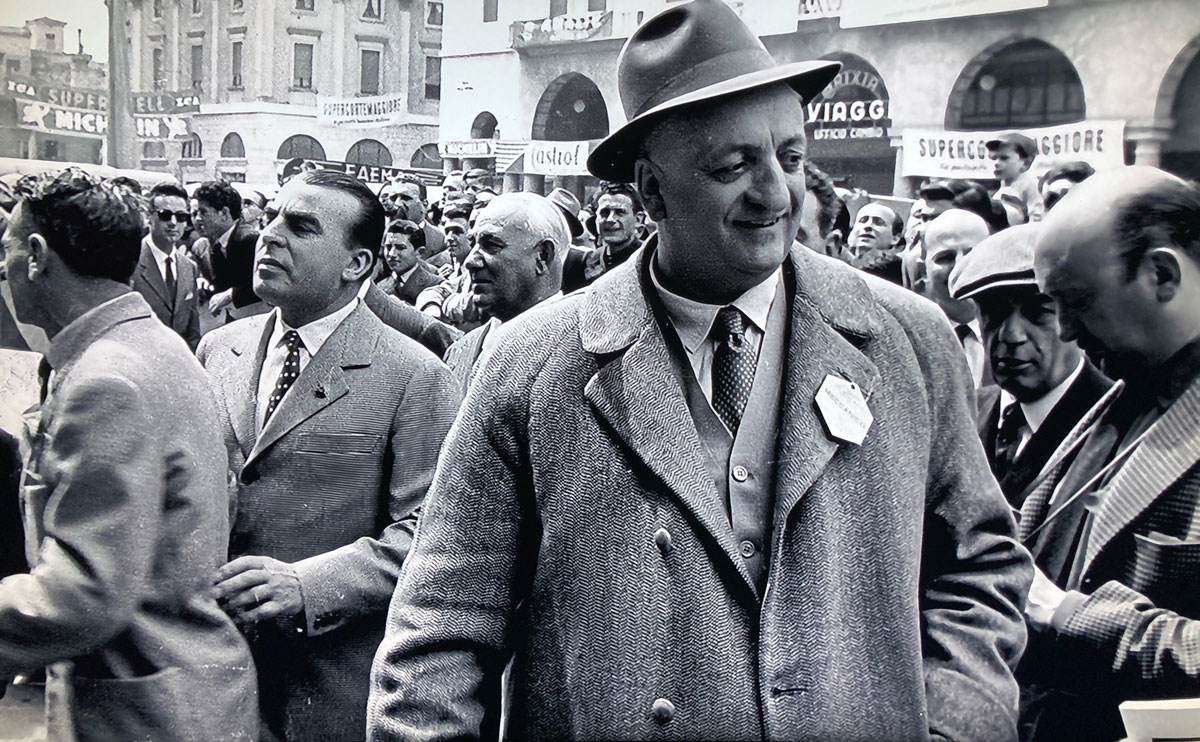 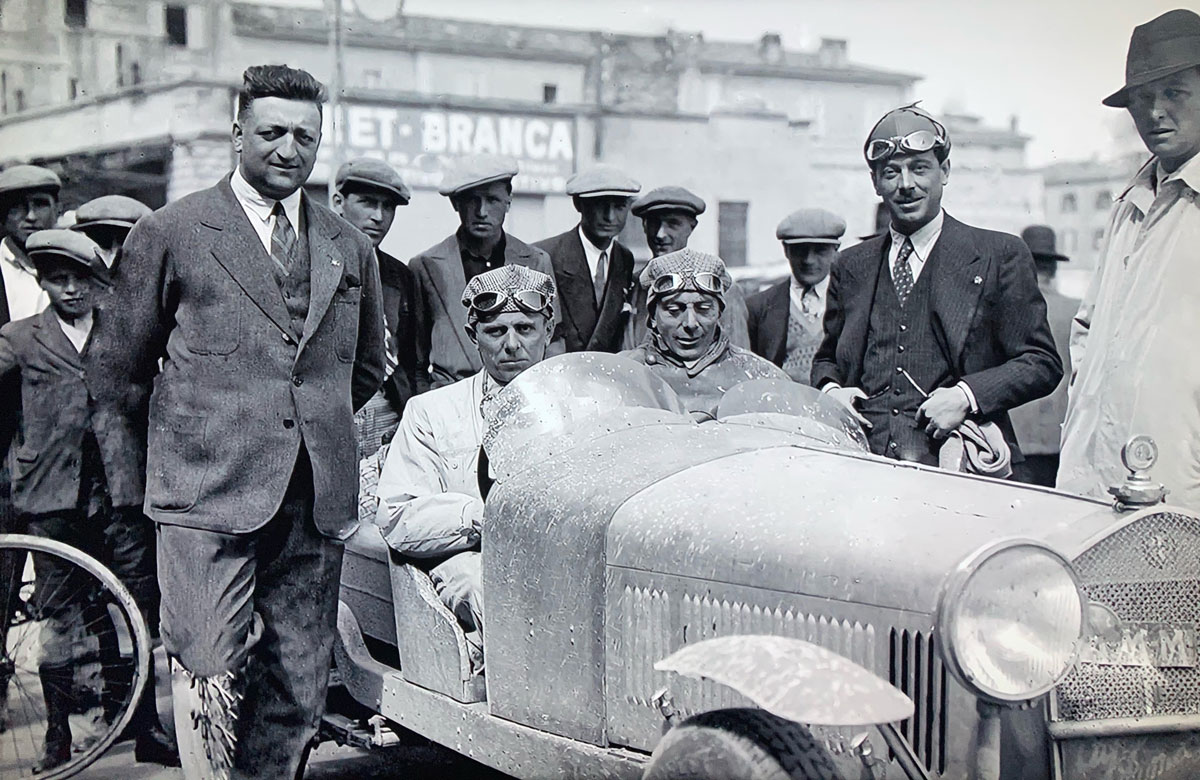 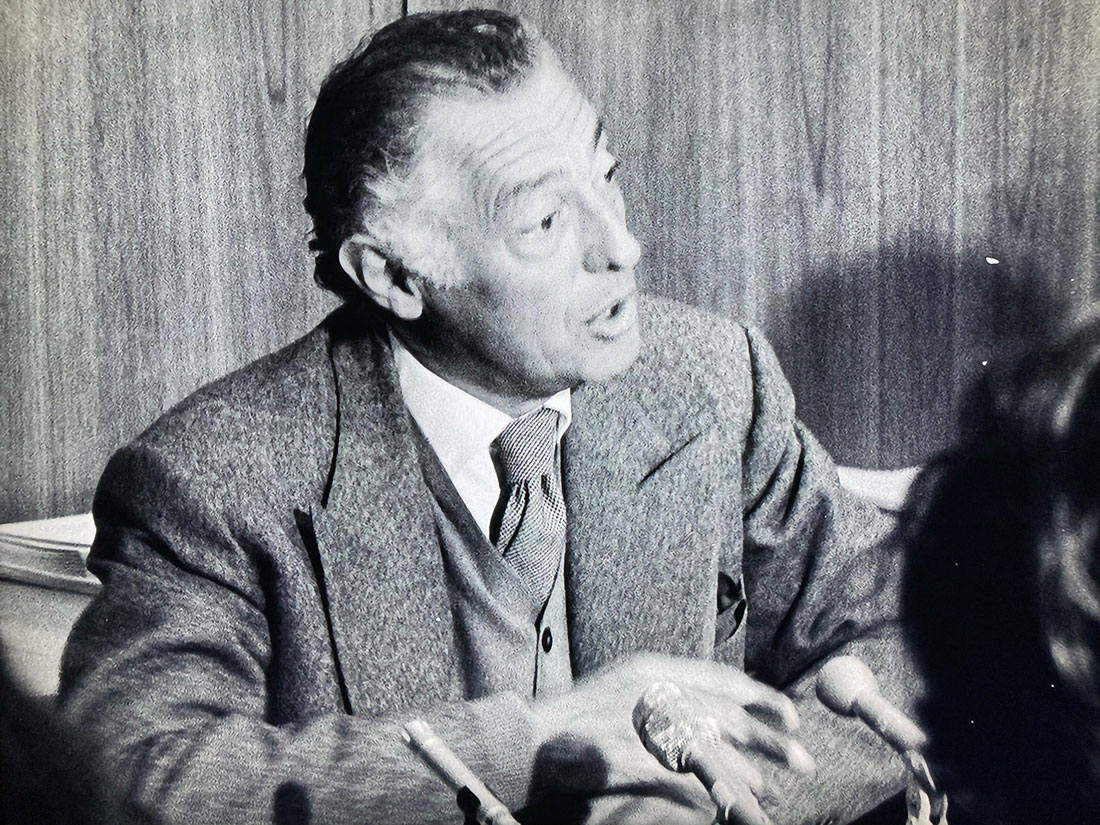 The 24 Hour War is currently available on Netflix and I can thoroughly recommend it. The films co-director and producer Adam Carolla is also the host of the Adam Carolla show, A podcast that I have been following and listening to for nearly 10 years.

This blog is a work in progress. I’m happy to add any more information on the suitings worn by Enzo Ferrari, Henry Ford or Carroll Shelby. Please feel free to contact me should you have any relevant information.

As I already highlighted the book Go Like Hell in a previous post on Ford V Ferrari, next on my reading list is Enzo Ferrari: The Man and the Machine by Brock Yates.