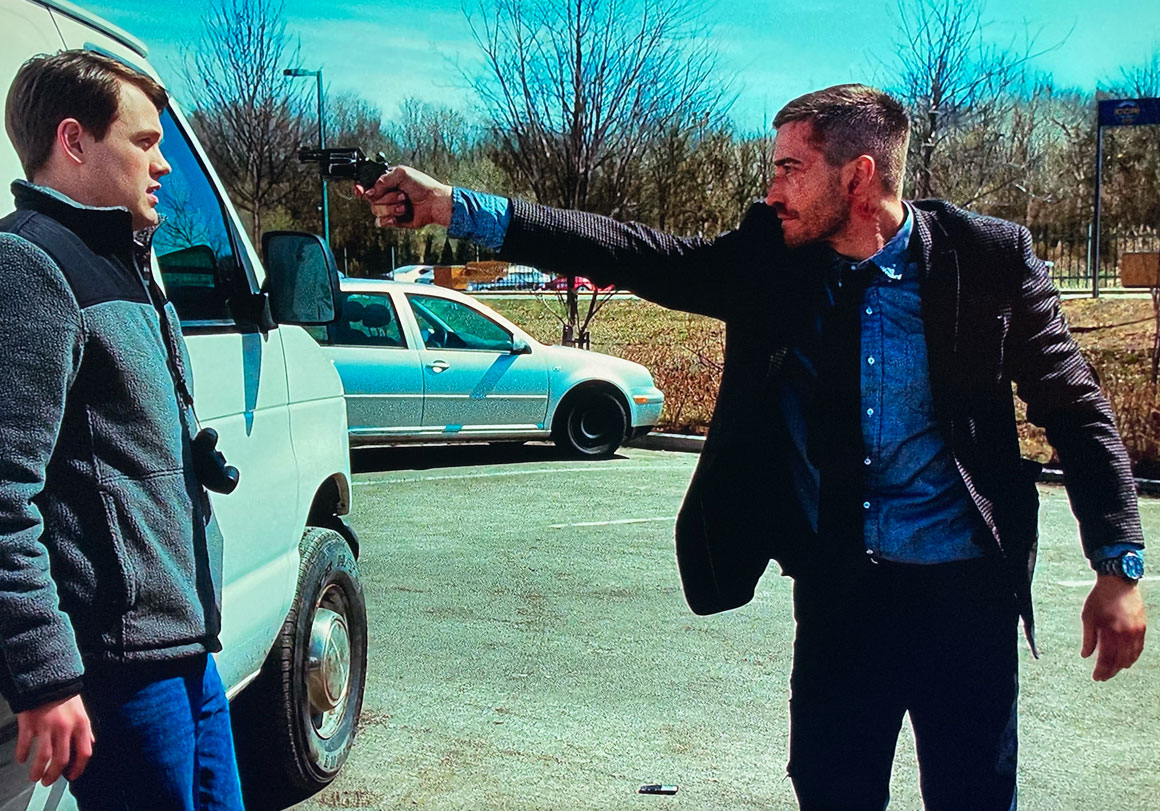 Jake Gyllenhaal who plays Colter Stevens in Source Code has 8 minutes to figure shit out. He gets blown up more times than a Pinewood Stage and does so wearing a black and brown tweed Daniel Hechter jacket with chocolate suede elbow patches.

His wardrobe suggests he is an entry level employee with a basic respect for office attire. He is comfortable in his place of work and is not looking to climb the corporate chain. 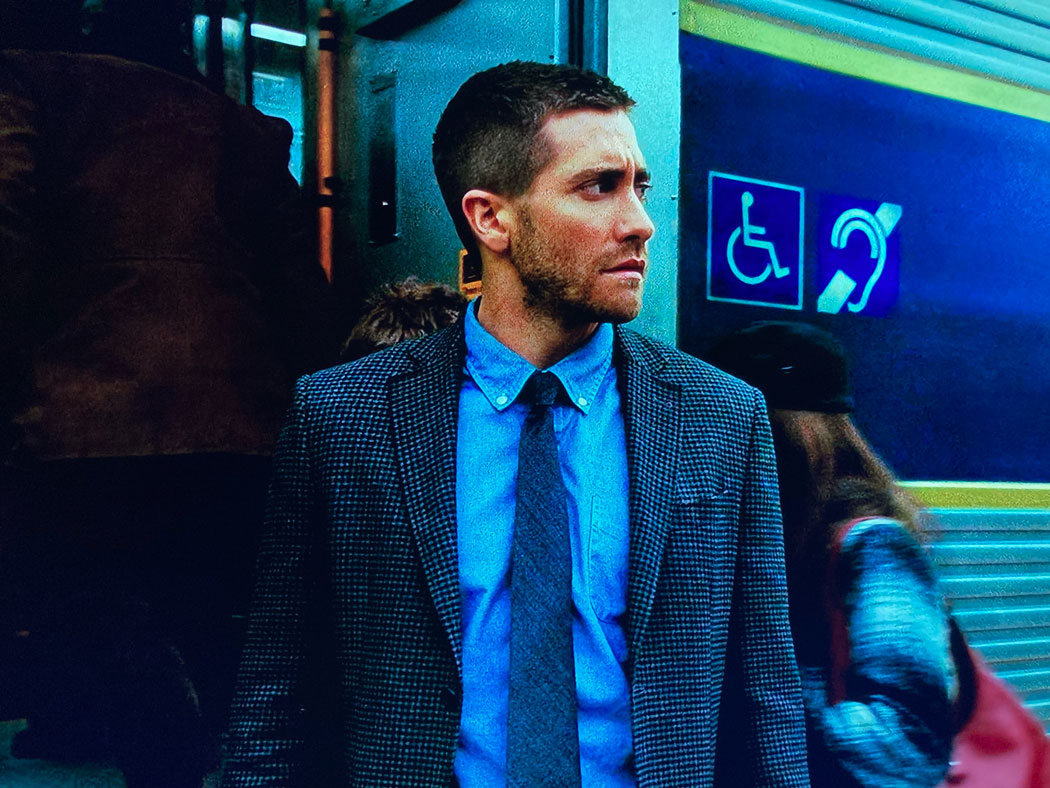 This entire ensemble was sold at Nate D. Sanders auction for $916. 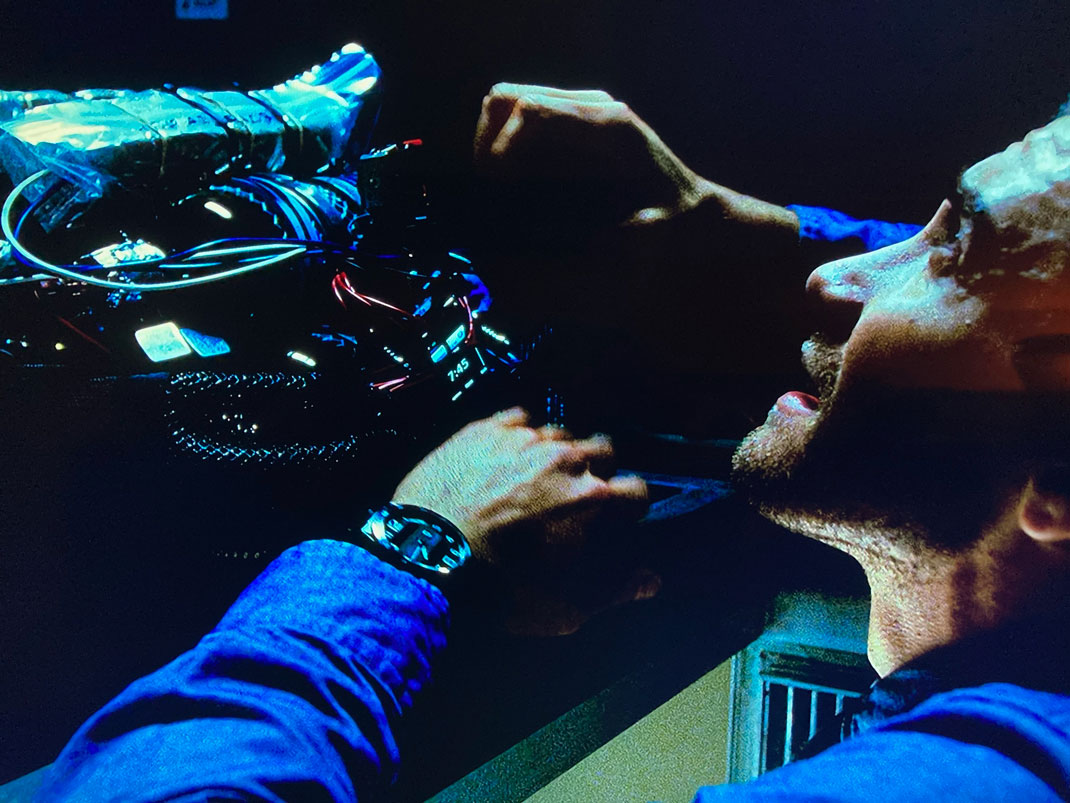 It tells the time

As with many films where time is of the essence, the watch has several close ups. The watch is a  Victorinox Swiss Army Chrono Classic XLS MT (product code 241300) wristwatch. You can find more info on the Watch-ID website. It retails for around 700 bucks. 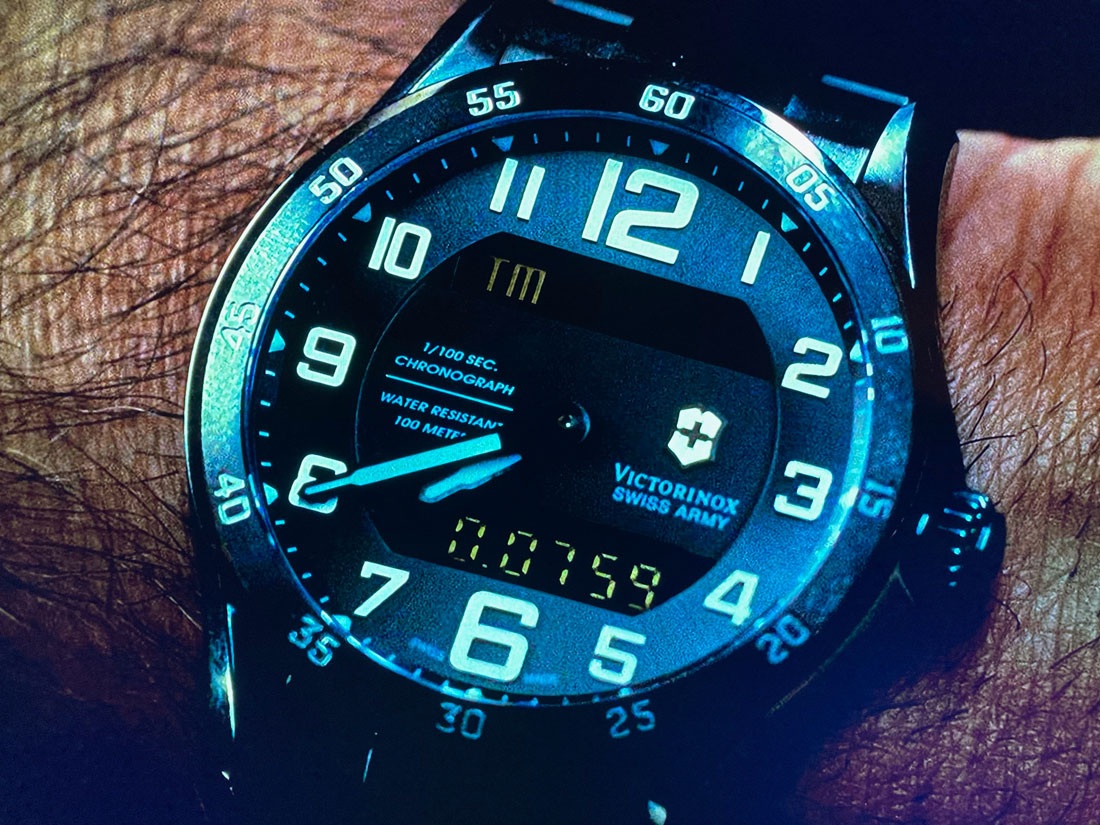 Sorry should have introduced myself

The notches have a deep gorge but nothing too dated. He also has a metallic dress watch to bring some extra shimmer and luxury to his look, but I couldn’t identify the brand. 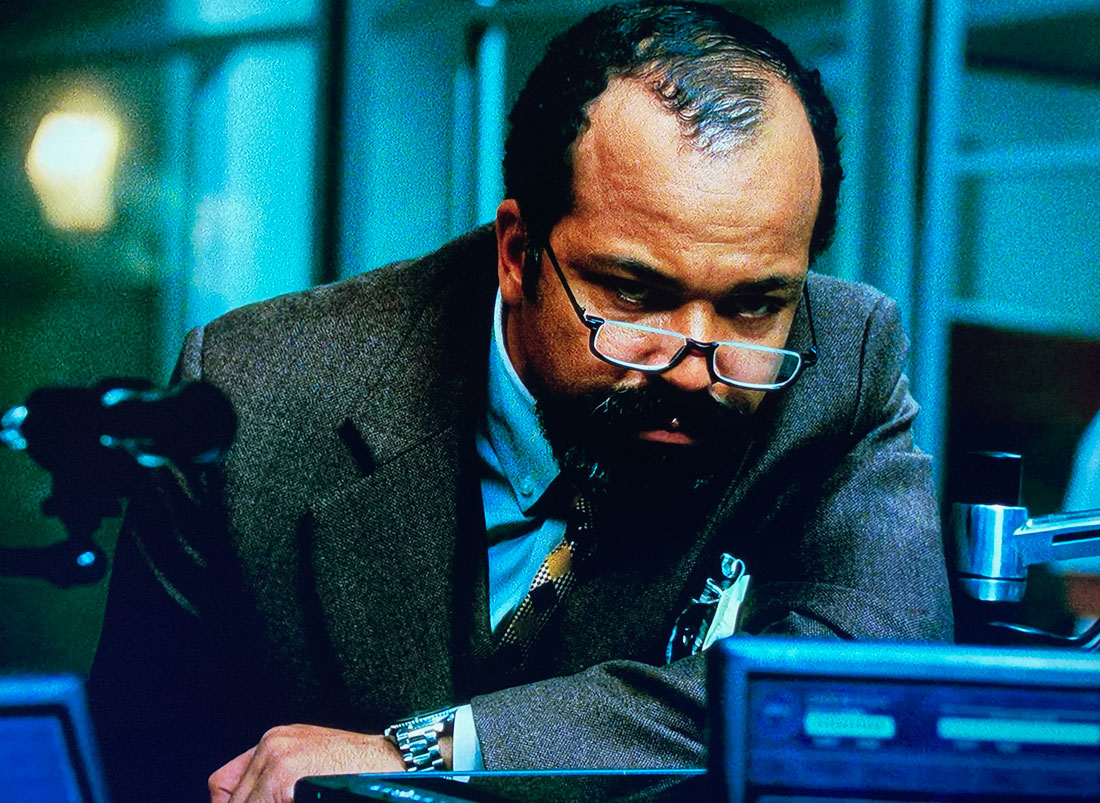 Rutledge is a man who takes his style and position very seriously. He combs his tiny island of hair with fastidious purpose and embellishes his suit with a pocket square that is largely concealed by a note pad or piece of paper. 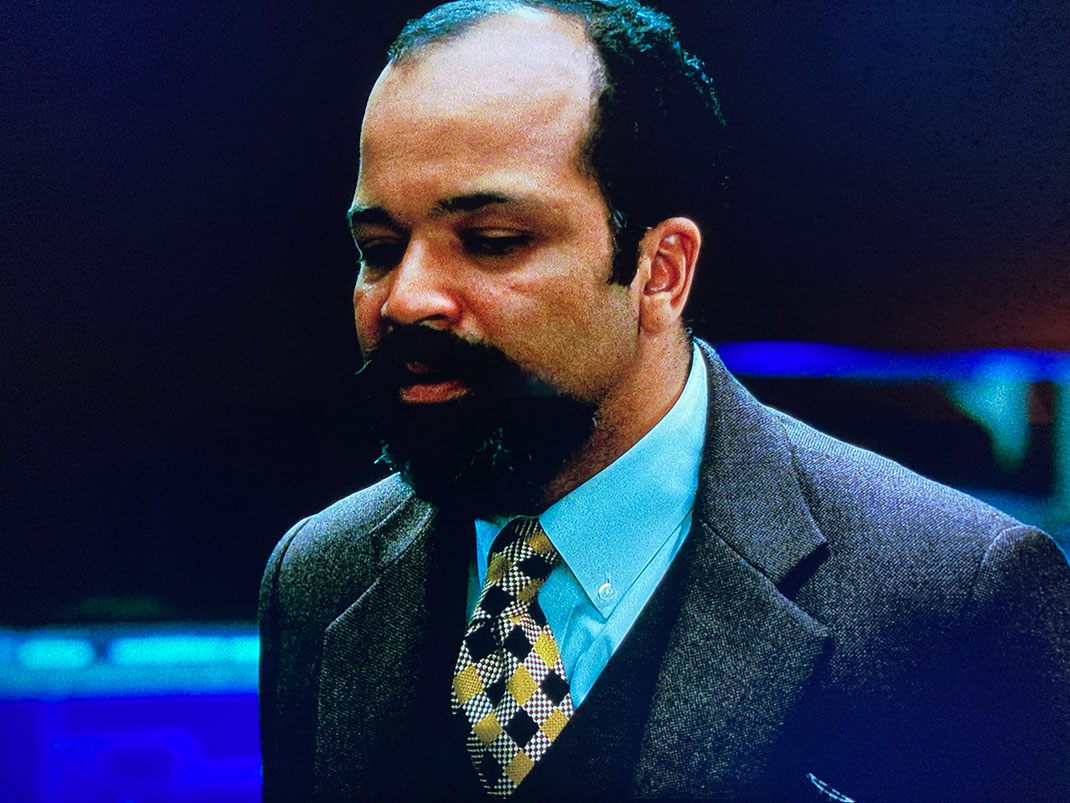 Z from Tie Another Day describes the tie:

It can be a metaphor for the story that chess is used as the protagonist is trying every possible move to identify the suspect. Also a bit inception like in that the pattern is kind of self replicating.

Read more contributions from Z on the blog here.

Quantum Leap fans – Scott Bakula was on the other end of this call Colter makes to his father, in Source Code. (From IMDB) – Bakula starts off his phone conversation by saying “Oh Boy”. That was his trademark line from Quantum Leap, which has a similar plot to this film. pic.twitter.com/XD8EJoQ7e9

Source Code is available to buy on Blu Ray. So as Scott Bakula is featured in this film, and because I’m in love with Quantum Leap, I have to recommend Quantum Leap: The Complete Collection.