Who wouldn’t want to look effortlessly stylish while having women swoon over you? Today’s article is and isn’t about Cary Grant’s flawless suit from North by Northwest. There have been hundreds of articles about it and I don’t want to replicate what has been done by others, especially my good friend Matt Spaiser so eloquently. (See further reading at the bottom). 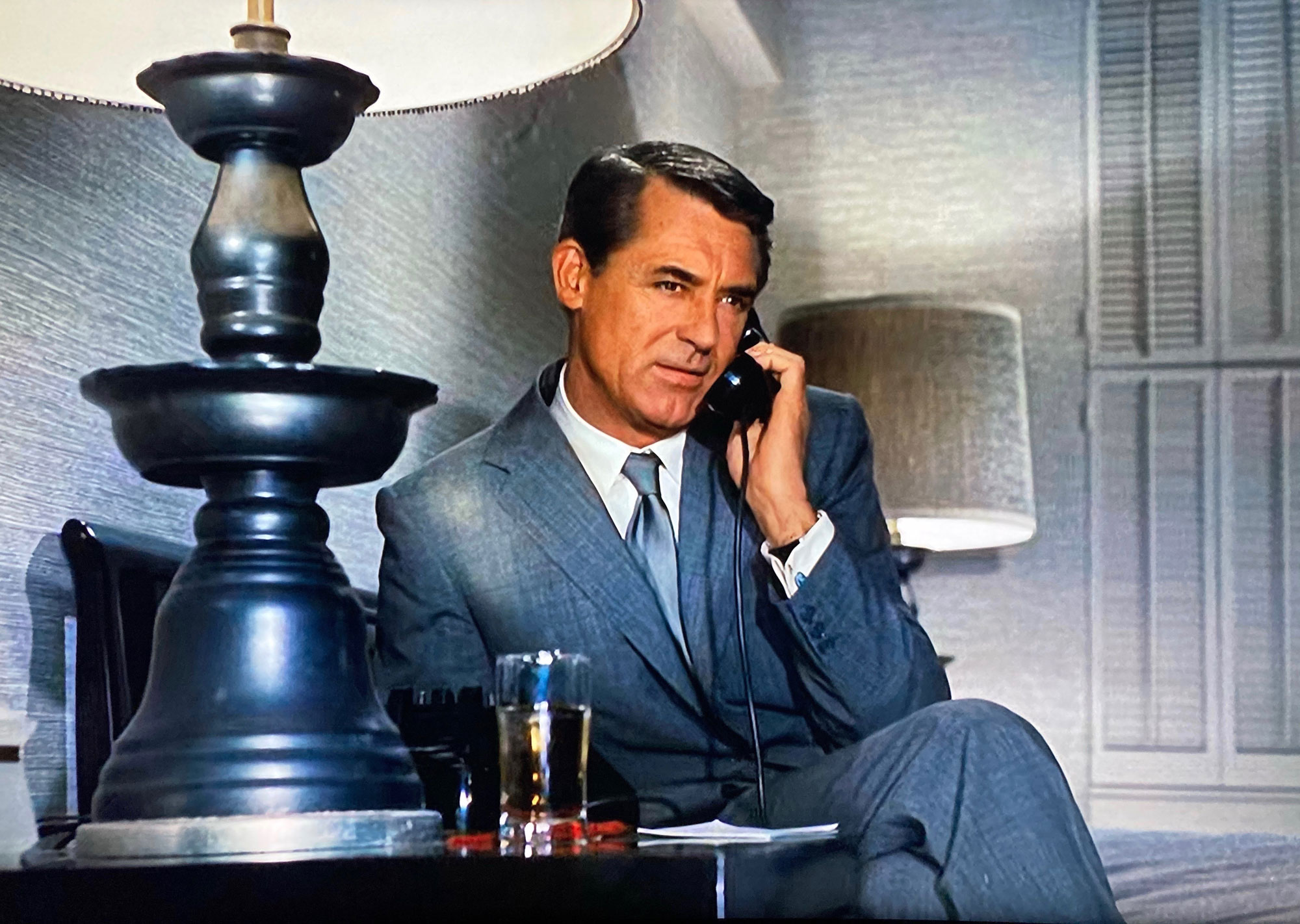 Can a man get a suit sponged and pressed in 20 minutes?

The most famous suit in cinematic history has been forensically dissected, with PhDs written about its influence, copied, emulated, not to mention lusted after for generations. Why this suit? Why not the other suits worn in Hitchcock movies or movies from that era?

Cary Grant went to his tailor, Kilgour, French & Stanbury (K,F&S) of Savile Row for this suit. Hitchcock knew better than to tell Grant what to wear. Hitchcock did tell his leading ladies what to wear, choosing every item and detail for them incidentally. I read somewhere years ago that K,F&S had the highest standards and workmanship of all the London tailors until the modern era. So a typical English suit? Yes and no.

The Stanbury name is the anglicised version of Frederick & Lajos Steinberger, brother’s born in Botpalád, Hungary. They left for London after training as tailors. Such was the quality of their work they became partners of the now renamed Kilgour, French & Stanbury in 1937. The brothers made the famous morning suit for Fred Astaire in Top Hat in 1935. North by Northwest was a smash hit that led to Kilgour receiving Hollywood royalty eager for some Savile Row magic. 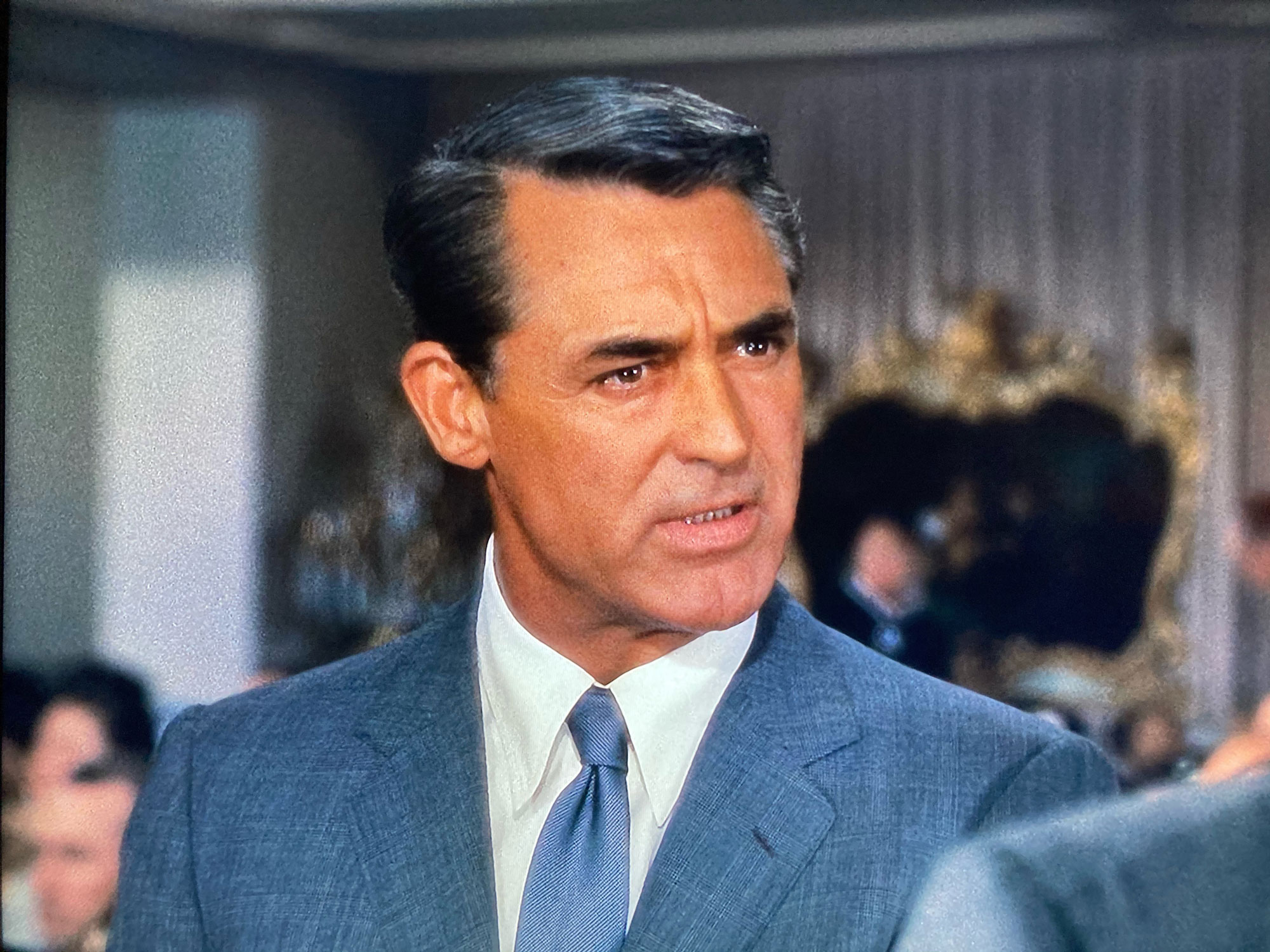 A century ago the effect on a tailor’s would have been monumental and that success was because of the Stanbury brothers who brought a lighter touch and construction to the typical Savile Row suit. I feel the background of the Stanbury brothers was instrumental in Kilgour’s success. They brought their eastern European tailoring skills from the ashes of the Austro-Hungarian empire to London. What many think of an “English” Savile Row suit is the result of centuries of immigration and assimilation.

Huguenot’s fleeing persecution in France settled in England at the end of the 17th century bringing their silk weaving skills. Spitalfields in London was nicknamed “weavertown”. A century later tailors fleeing the French Revolution again brought their skills to England. In the 19th century Jews fleeing pogroms and centuries of persecution left their homes for safer pastures. 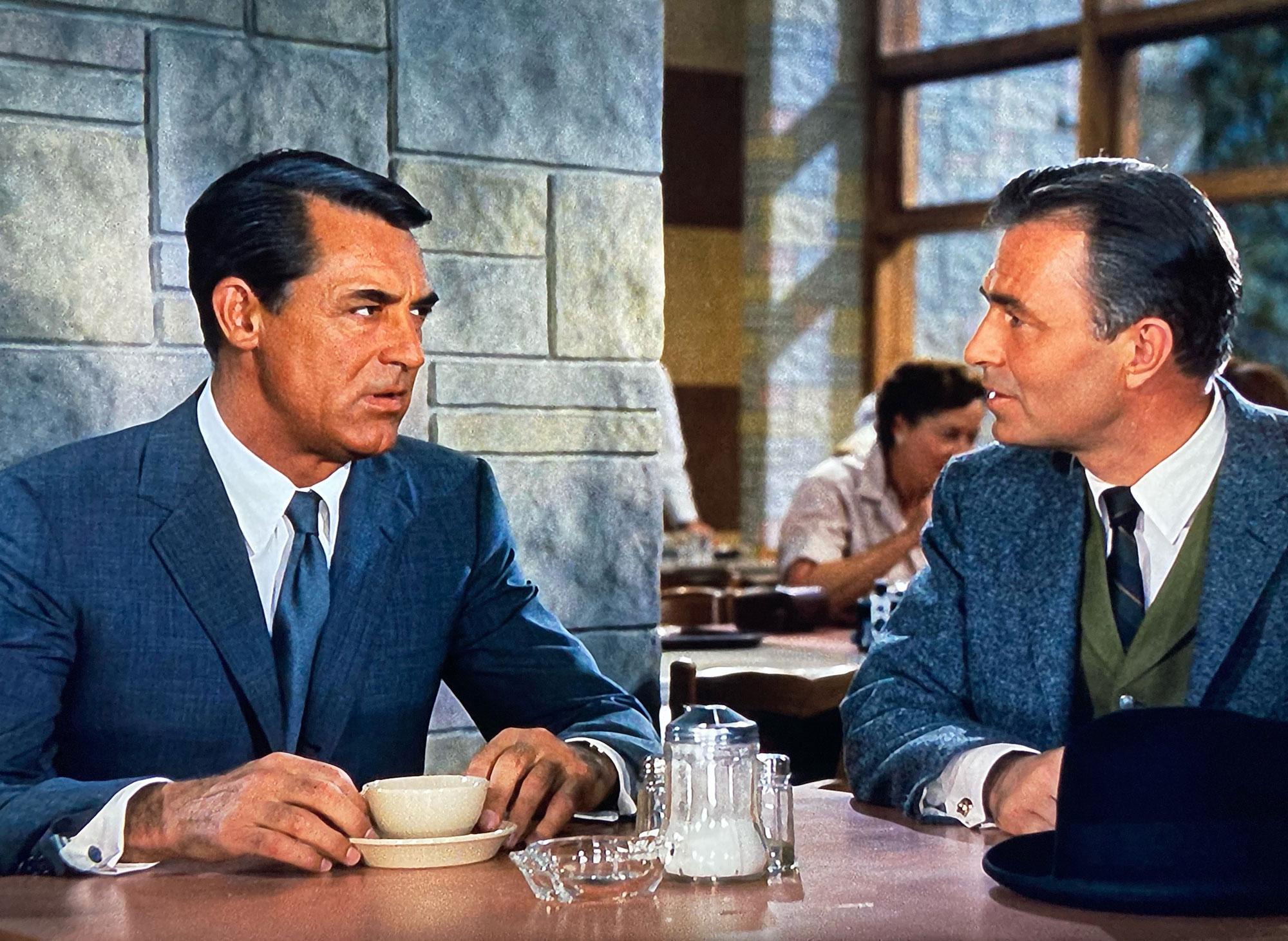 All these immigrants with their skills made a colossal contribution to English arts, crafts, culture and tailoring. Would Beau Brummell have been able to create the forerunner to the modern suit without his tailor? One Jonathan Meyer a tailor from Austria who settled in London at the end of the 18th century. Grant’s suit is the result of centuries of innovation in London’s tailoring tradition. It’s fitting that a young Archibald Leech left England, reinvented himself as “Cary Grant”

“I began by acting like the person I wanted to be, and eventually I became that person.”

As for THAT suit. All one has to do is look at the scene where Grant walks into the hotel to meet his cronies. To our modern eye the suit may look of its time but… If one looks at how effortlessly Grant wears it, it’s flawless. The trousers seem to have no break, even cut generously they sit perfectly with not a millimetre of fabric looking unnecessary. The jacket is cut with laser like precision. It rests on Grant as if it had been crafted by Zeus on Mount Olympus for his favourite mortal. 62 years later it really is the supernova of cinematic suits. 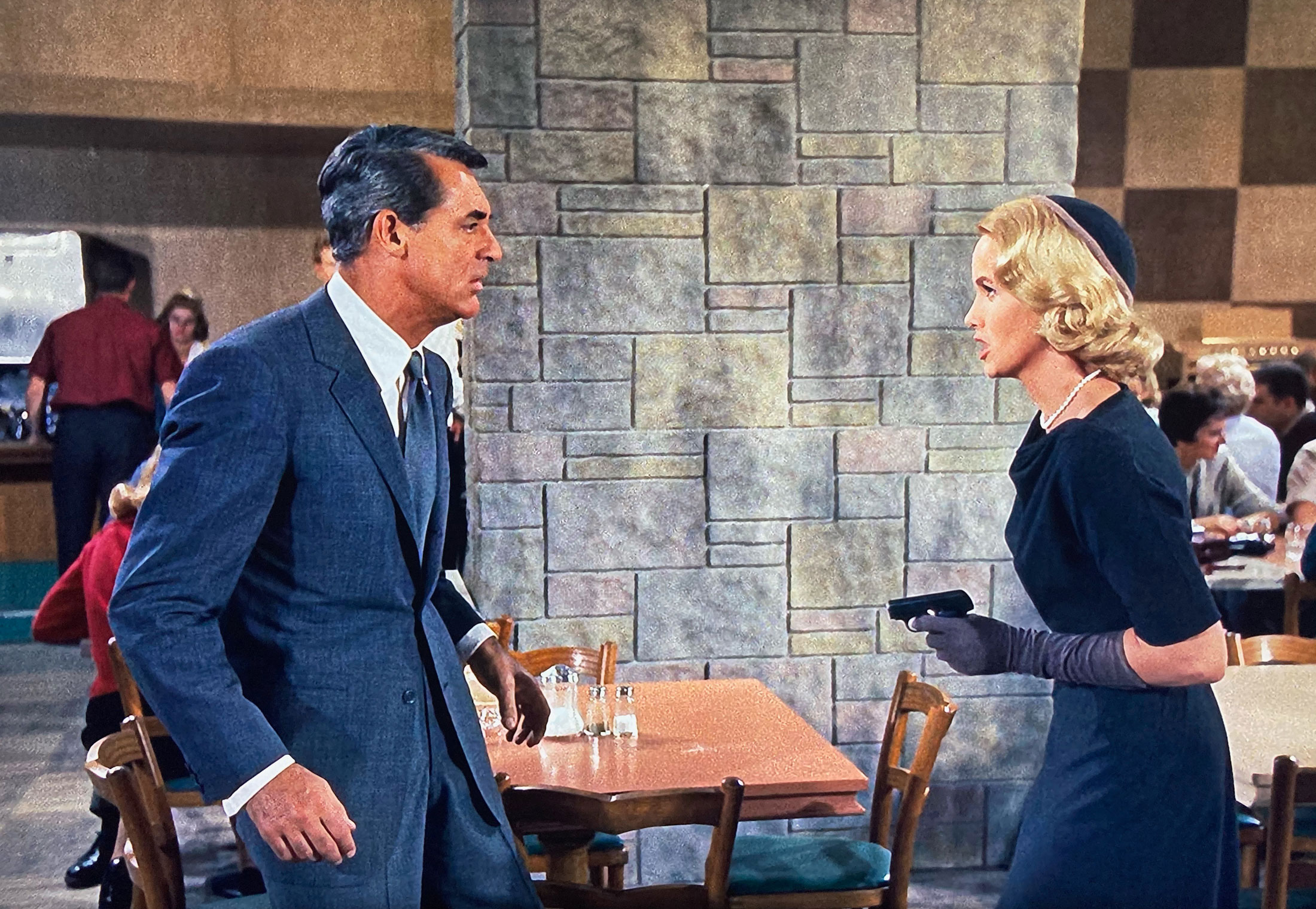 Cary Grant and Eva Marie Saint in North by Northwest (1959)

For this episode I speak with fellow menswear enthusiast Ben Waters about North by Northwest. The podcast is available to listen in the player below or on iTunes, Stitcher or Spotify. You can also catch our chat on YouTube.

Special thanks to Sajid from Niven Tailors for doing these show notes. More articles and inserts from Sajid can be found here. More importantly don’t forget to follow him on Instagram. Please drop him a comment if you found this useful, it will encourage him to do more of these.

Matt Spaiser of Bond Suits has spoken about this suit previously on his blog.

The film North by Northwest is available to buy on Blu Ray. Next on my reading list is Cary Grant: A Celebration of Style by Richard Torregrossa.