In Mission Impossible: Rogue Nation (the one wear Tom Cruise hangs off the side of a plane) Benji played by Simon Pegg wears a Red Fisher cotton bomber jacket by Oliver Spencer. We first see him wear it at Kings Cross where he is captured by The Syndicate then later at the staged al fresco restaurant in front of Tower Bridge.

Underneath the jacket is a bomb that is later defused by Lane in exchange for information from Hunt. Phew, still with me?

I was interested to learn more about this jacket so reached out to the team at Oliver Spencer who came back with this: 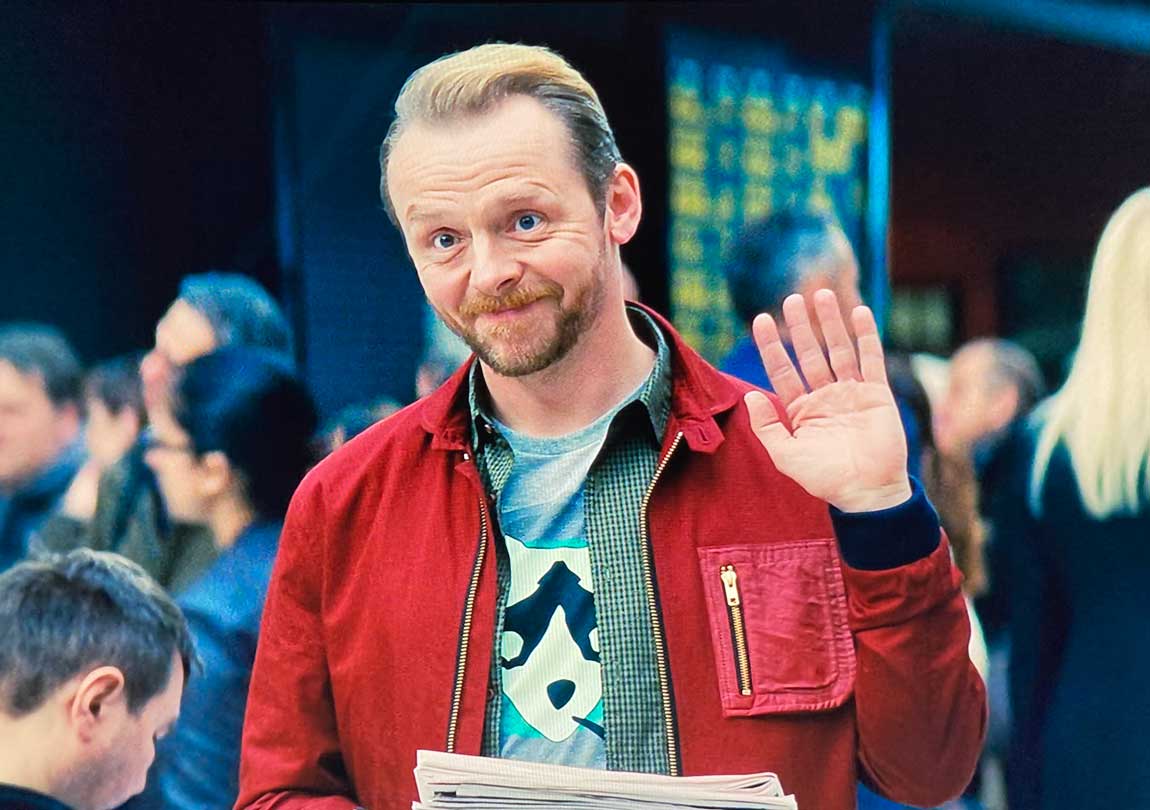 Some of these grey jackets were cut extremely short, almost finishing at the bottom of the ribcage, apparently due to the needs of the stunt doubles wearing them! We never made any duplicates and don’t intend on doing another run of the Fisher bomber, but never say never!

Did the suede jackets make it on to film?

We’re not sure what ever really happened with the suede jackets to be honest! We don’t think they were worn by any of the main characters but we could be wrong.

You can shop the current collection of Oliver Spencer coats and jackets through their site here. 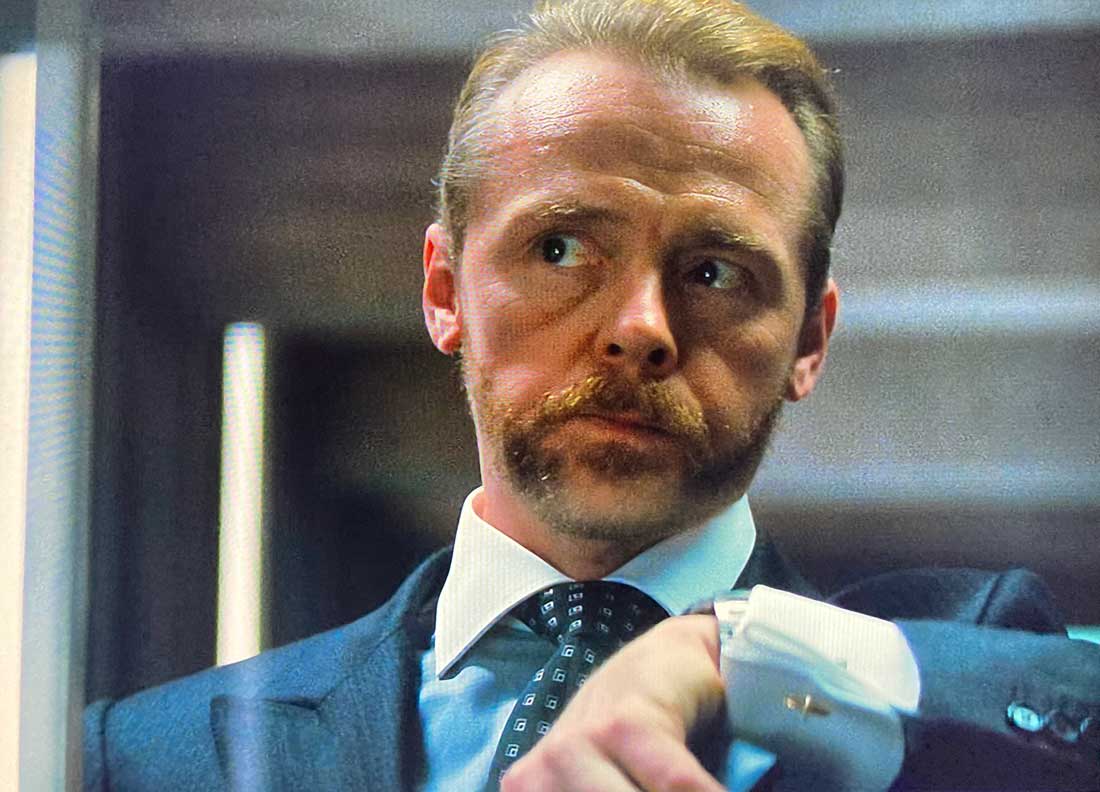 Thanks to WATCH-ID we know that the watch Benji uses to help time his break-in into a Moroccan power plant to recover the stolen drive holding the Syndicate ledger is a Tissot T-Touch Expert Solar.

Benji quietly has great dress sense. His charcoal light pinstriped suit with the roped sleeve heads is immaculate. It was more than likely cut by Timothy Everest who is an uncredited costume designer for the film. Joanna Johnston is listed as the main Costume Designer for this instalment of the franchise. 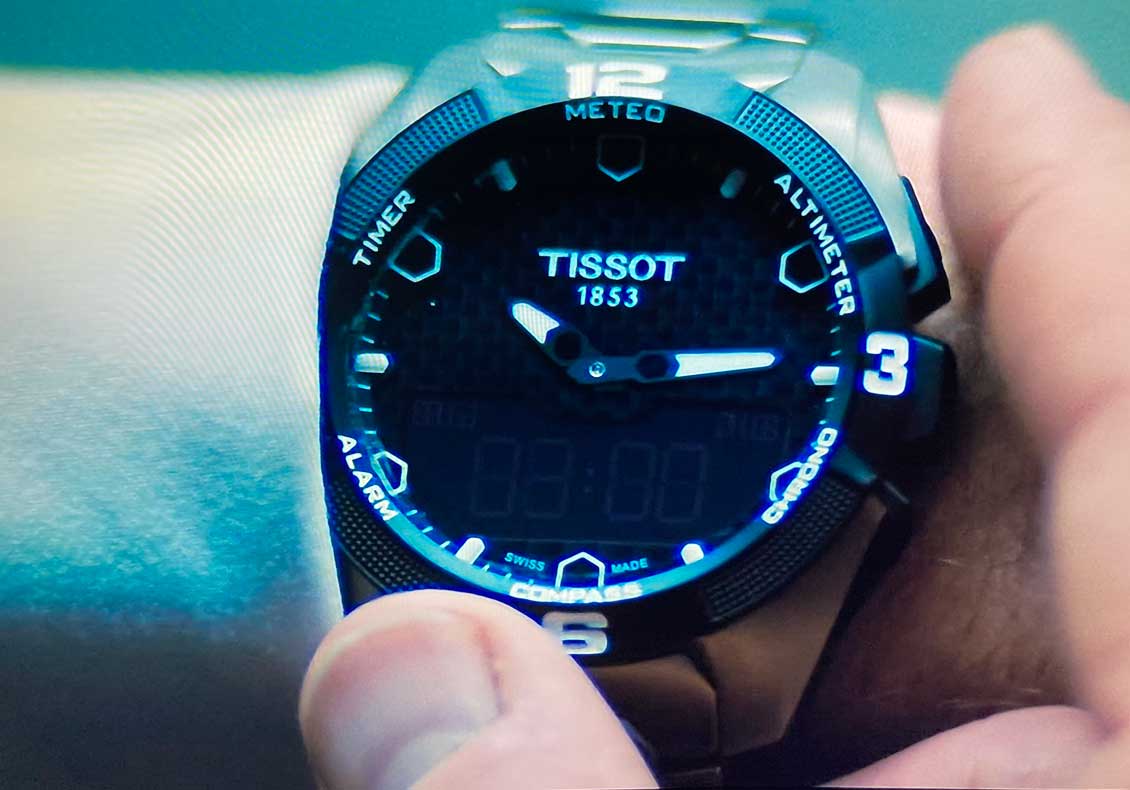 Thanks to Sunglasses ID we know that Ethan Hunt wears a pair of metal L.G.R. Comoros sunglasses during the  motorbike chase. I do love this gratuitous product placement shot of Hunt grabbing the glasses before getting on the bike. In many ways this is Hunt putting on his uniform much like Bond puts on his tuxedo. 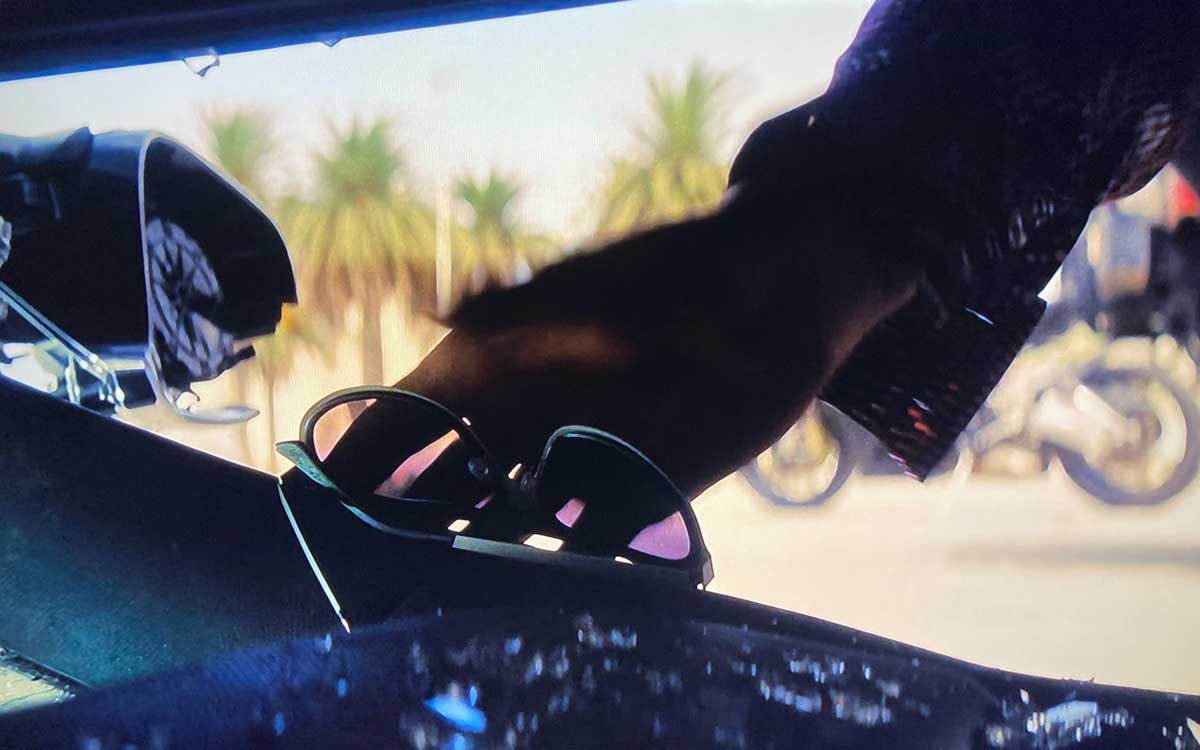 This shirt, which almost looks like snake skin is in fact made of silk. According to Prop Store where the shirt was auctioned for 600-800 USD, it is incorrectly described as having short sleeves. However, it accurately describes the pattern as a red, orange and white circle pattern throughout.

According to a thread on the RPF the shirt was custom made based on a fabric found in East London. 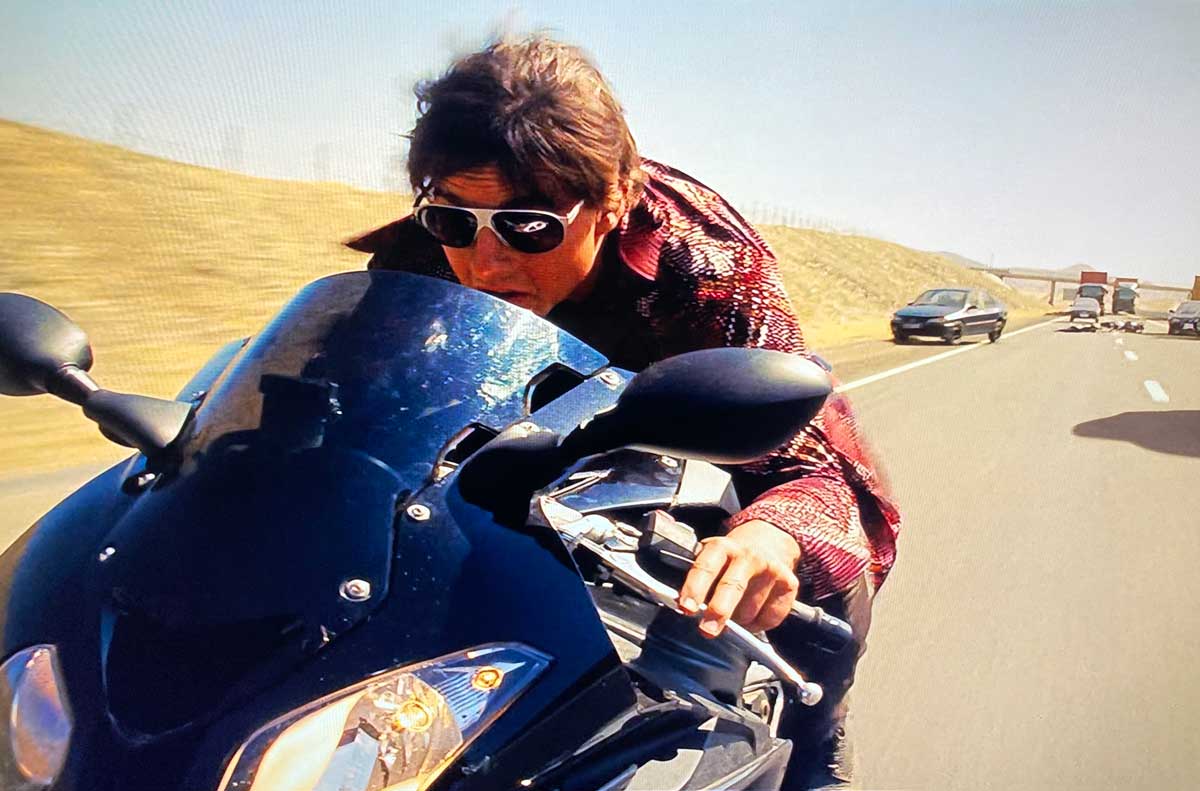 And the Leather jacket?

In true Mission Impossible style there are jackets aplenty. Ethan Hunt wears a crumpled black leather jacket with a reflective sheen. It has zip closures on the sleeve and an erect collar. I don’t have enough information on this jacket yet to do a full feature.

UPDATE: According to the same RPF thread as linked above, the jacket is a wrinkled leather John Varvatos jacket. If you do have any helpful information please contact me here and I’ll include it in the post. 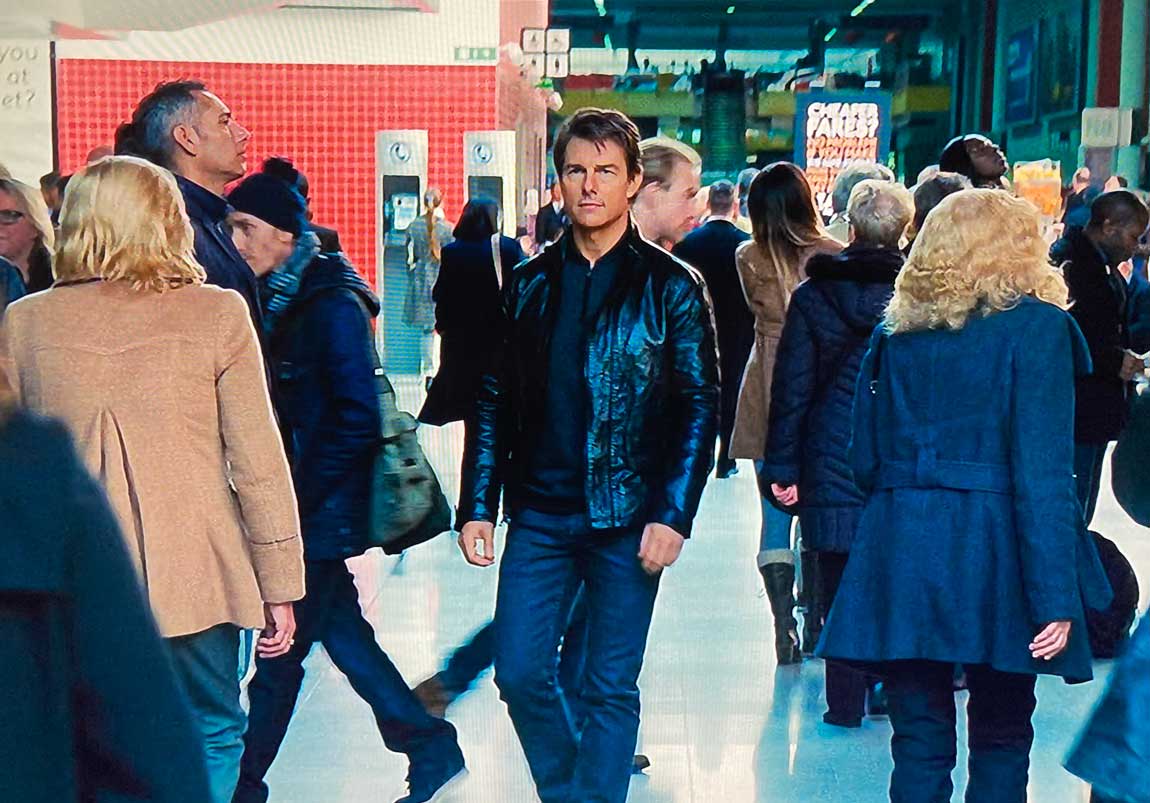 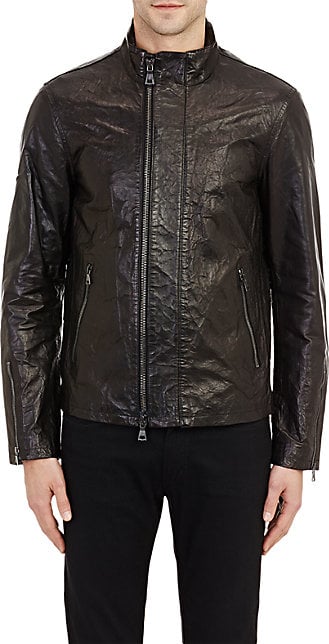 All screen grabs taken by me in order to help give context to the description of clothes. 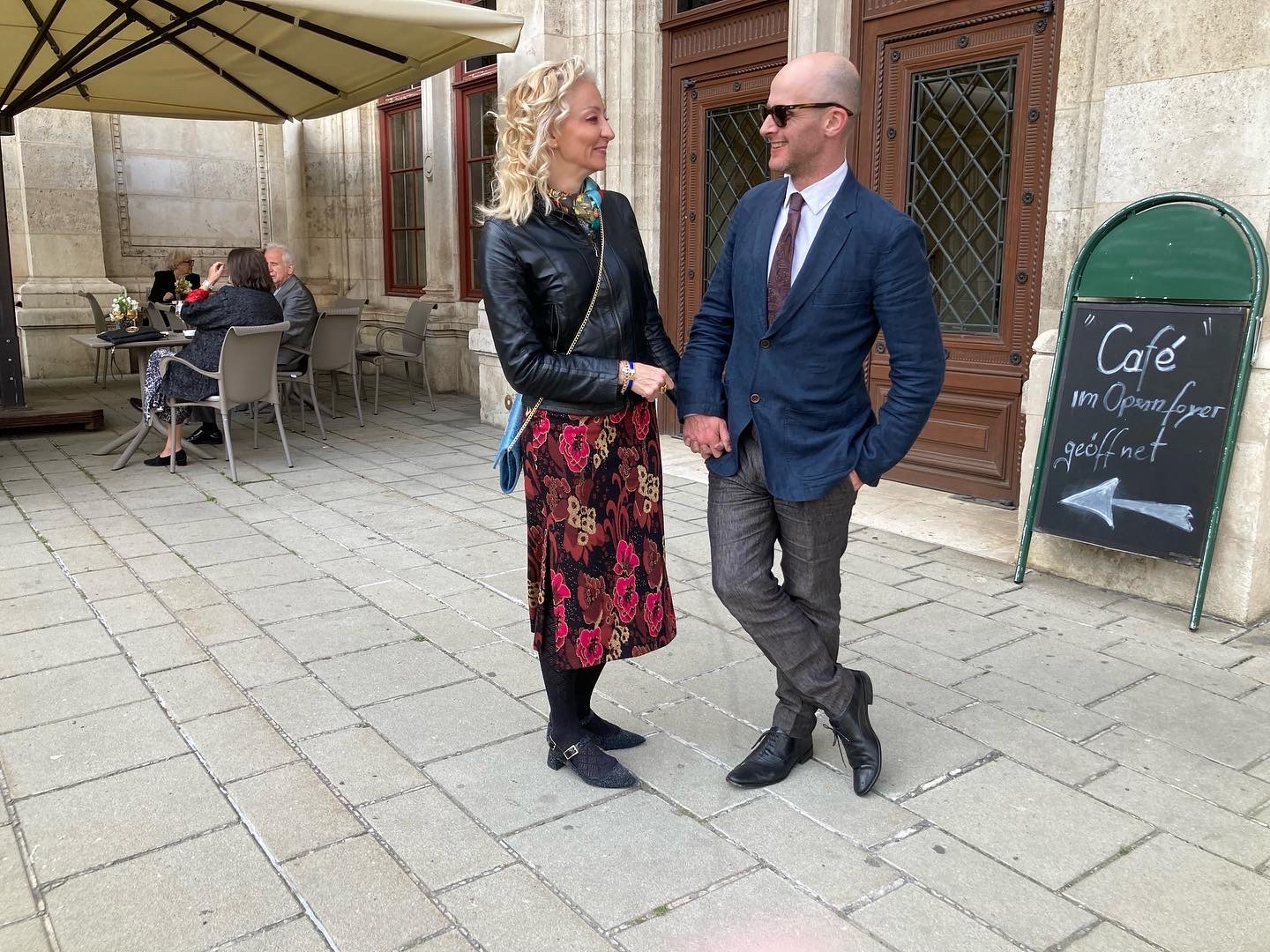 I genuinely forgot to pack my Tux

UPDATE: May 2022. On another post about The Living Daylights I wrote about the locations in Vienna. Here is the spot where Hunt abseiled down the flagpole with agent with Ilsa Faust. Outside the Vienna Opera House of course. Look for the shop Palmers in the background on the other side. 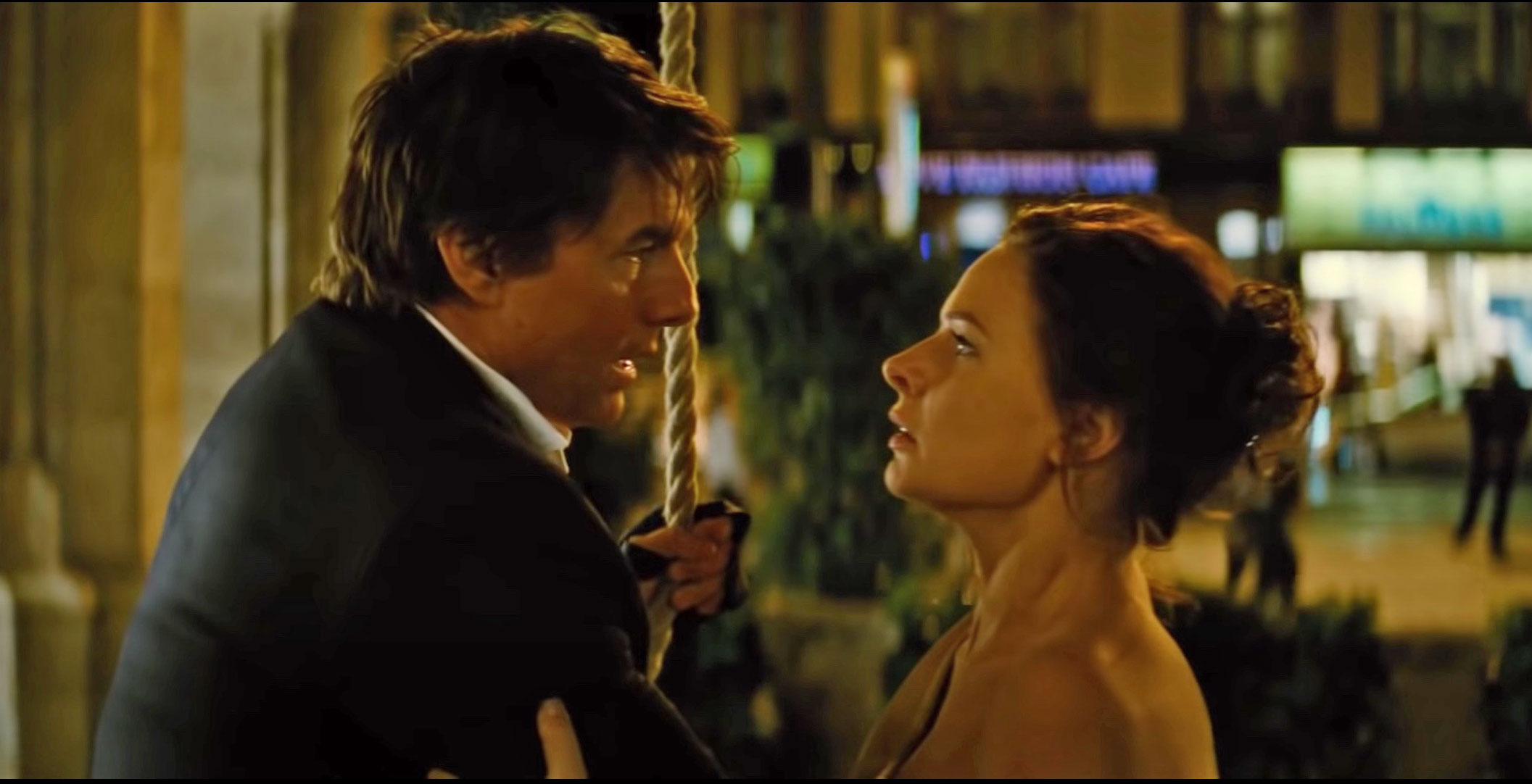 The Mission Impossible box set is available to buy on Blu Ray. (In my collection).