‘I think it’s important to be lucky in anything.’ Christopher “Chris” Wilton, Match Point.

Scarlett Johansson is the irresistible modern day Medusa of 21st Century cinema. All men can be forgiven for being driven to acts of craziness should he even once look at her. I wonder what other tennis related titles were in the hat; Not My Fault, New Balls, Serving to Love, that’s all I got. 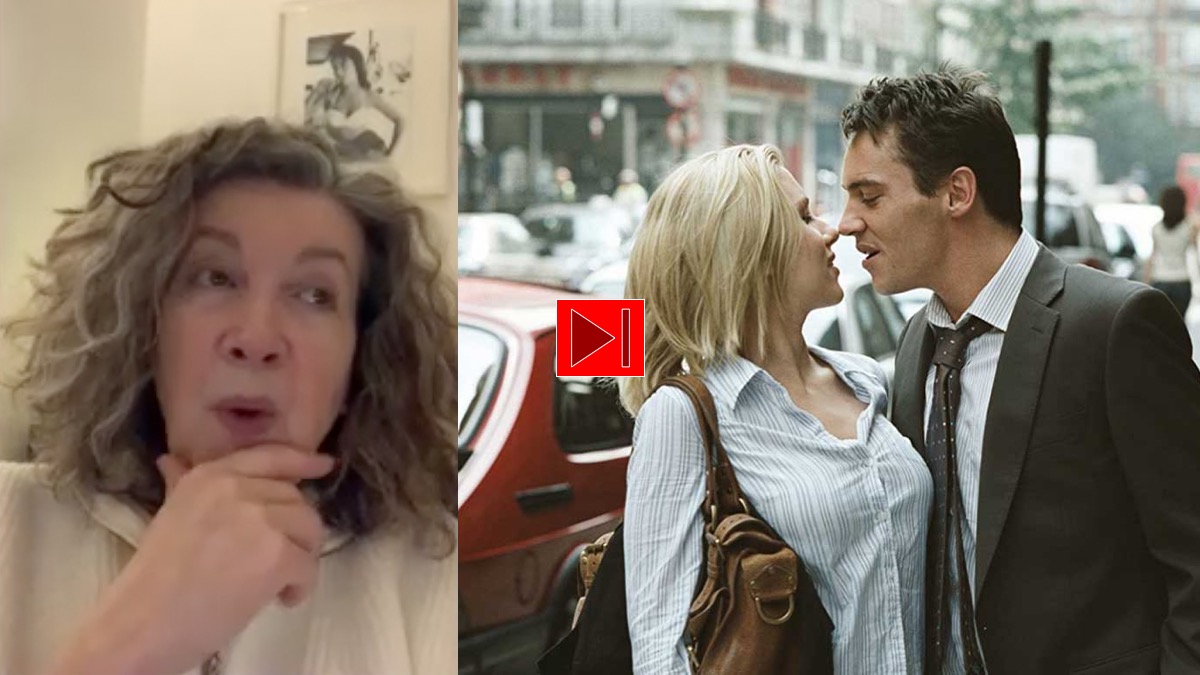 I’m talking to the Costume Designer for Match Point Jill Taylor. Jill talks about how she got involved with the film and what it’s really like working with Woody Allen. Below are some transcribed moments from this weeks episode. 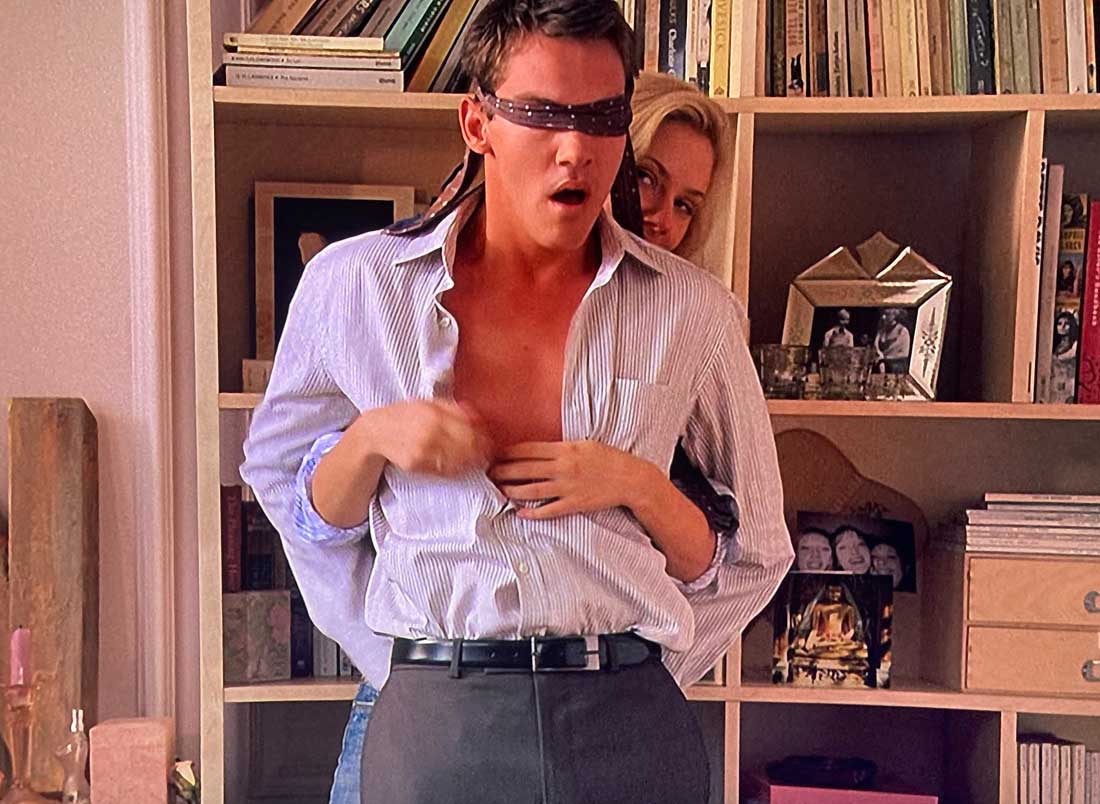 How did you manage to tell the story of Chris (played by Jonathan Rhys Meyers) through costume?

We started off with a cheaper suit and got more expensive with him (Jonathan Rhys Meyers) and a bit more styled. I was careful about his shirt and tie choice – I didn’t want it to be so formal. I wanted him to have a little bit of pizzazz. He had to look sexy. I wanted him to look sexy. The audience had to fall in love with this guy.

So I didn’t want him so formal looking like a banker. Which is why we gave him the grey shirt, the taupe ties, the colours were getting warmer, softer and also Woody (Allen) hates blue. In anything. You look at most Woody Allen films, and I had an argument with him about this. I said ‘the problem is Woody your films look muddy’.

Look at most Woody Allen films they have a muddy quality to them because he (Woody) loves warm colours. Everything is taupe browns, it’s all warm earthy hues, I said you have to have a little bit of blue to counteract the mud. As we got down the line, I did 3 films with him, I sort of won that battle. 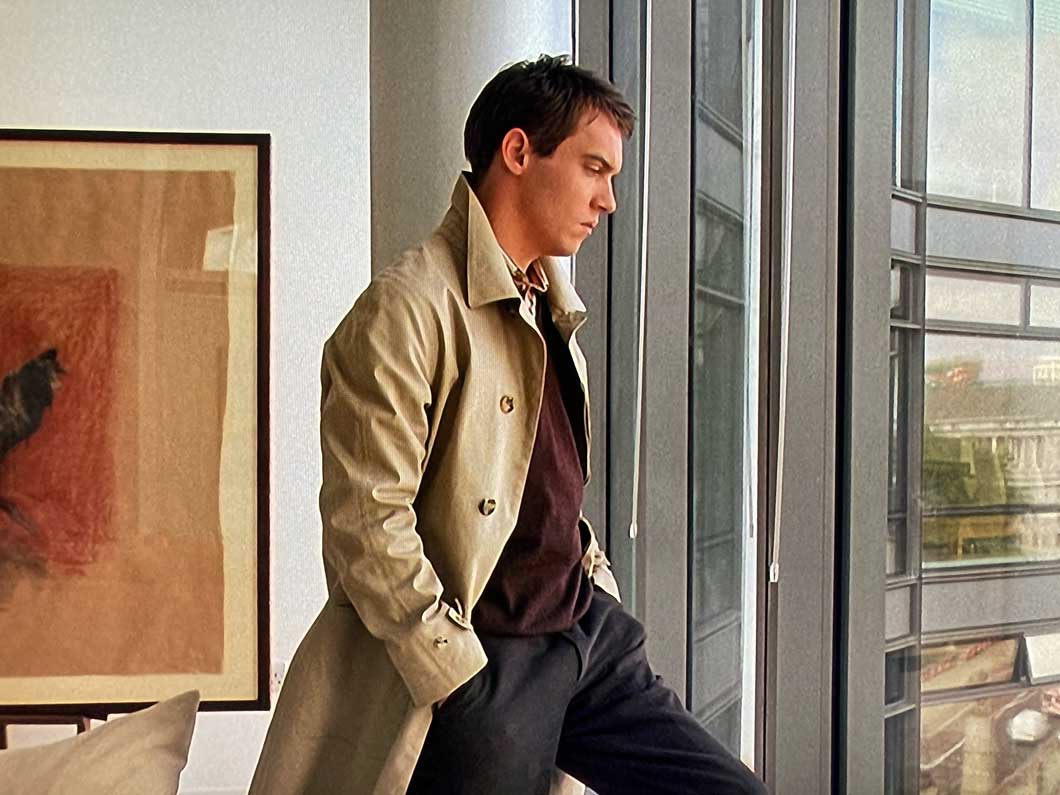 And who made the suits for Myers?

What other brands were used and how come we don’t see the poster dress in the film? (via email)

The dress Scarlett wore on the poster was replaced by the lemon wrap dress for the scene when she first claps eyes on Johnny!!! Below a few of the brands we used in the film: Barbour, Asprey, Dunhill, Cordings, Hackett, Lacoste, Gieves, Crombie, Michael Rose, Purdey, Nicole Farhi, Temperley, Le Chameau, and Aigle. 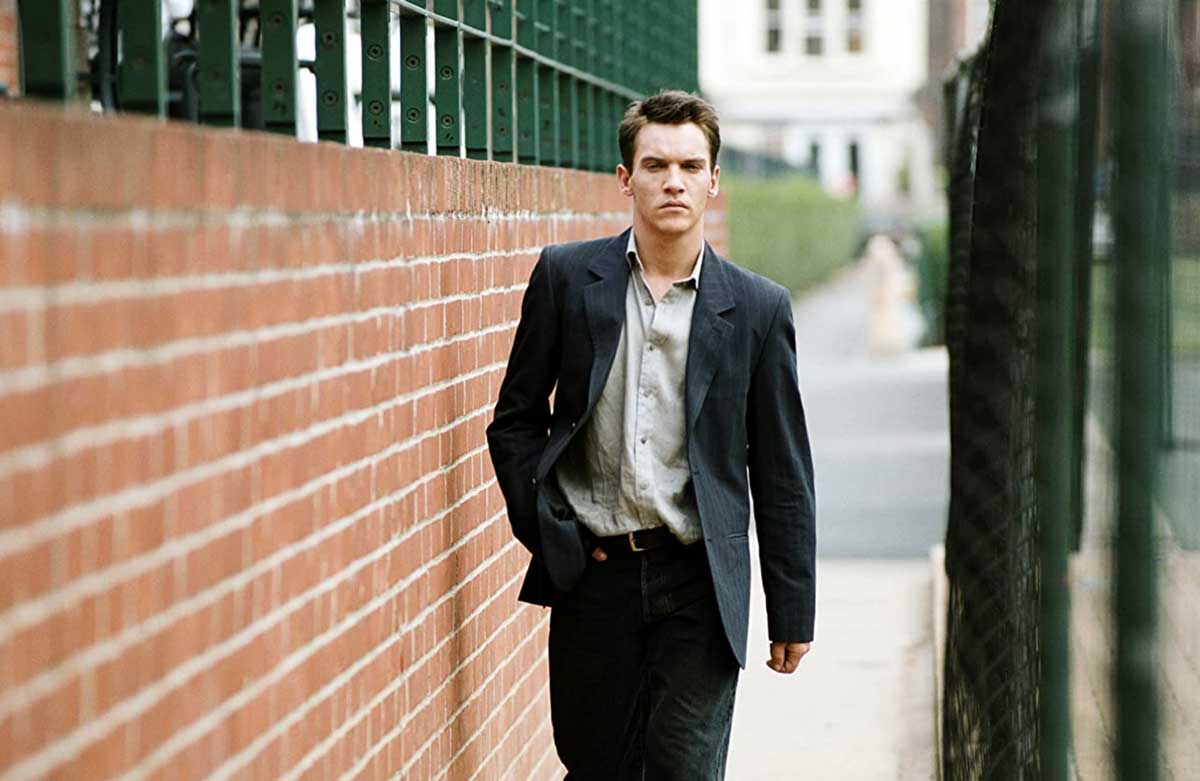 The full interview with Jill Taylor is available to listen in the player below or on iTunes, Stitcher or Spotify. Don’t forget to leave a review on your smart phone there to get a ‘thank you 007’ on the podcast. Many thanks to the team at Independent Talent for facilitating the interview.

A pencil sketch of the kiss, the first piece of art approved by Anastasia, is now available through our RedBubble store. 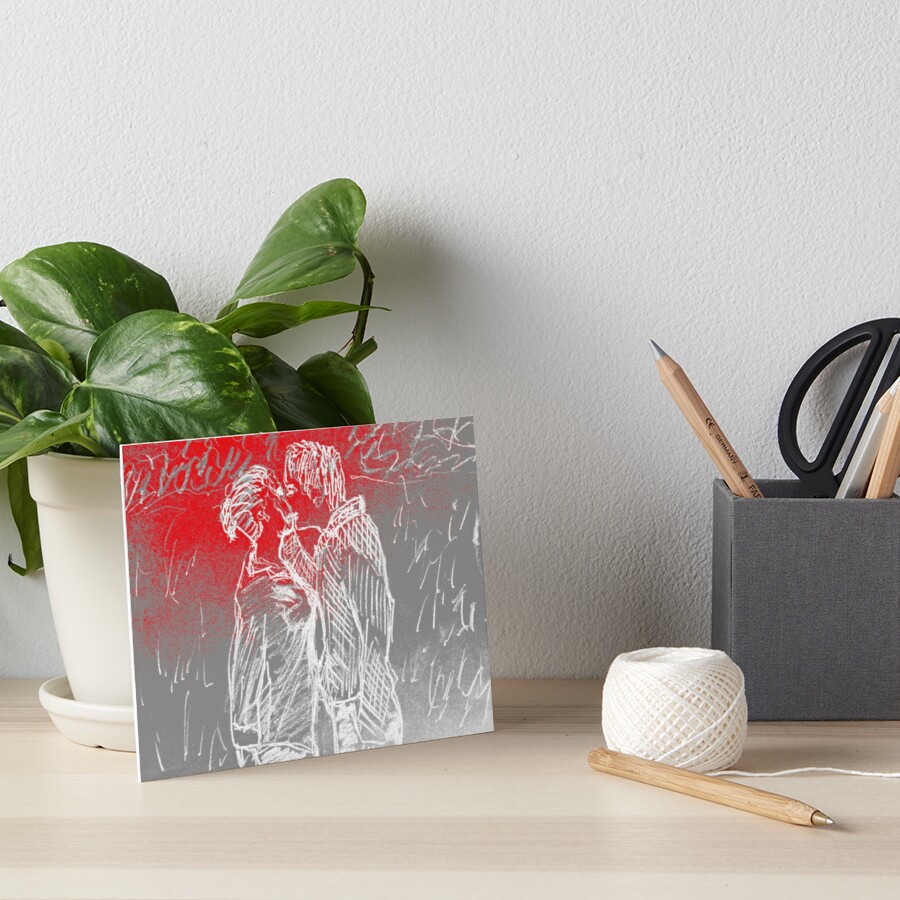 ‘Look at most Woody Allen films they have a muddy quality to them because he (Woody) loves warm colours. Everything is taupe browns, it’s all warm earthy hues, I said you have to have a little bit of blue to counter act the mud’. – Costume Designer Jill Taylor. (Match Point) pic.twitter.com/PKCYQFFm5d

Match Point is available to buy on Blu Ray. Next on the reading list is the Autobiography, Apropos of Nothing by Woody Allen.