‘It wasn’t brains that brought me here; I assure you that.’ John Tuld, Margin Call.

Filmography: War of the worlds, The interpreter, Puberty the movie 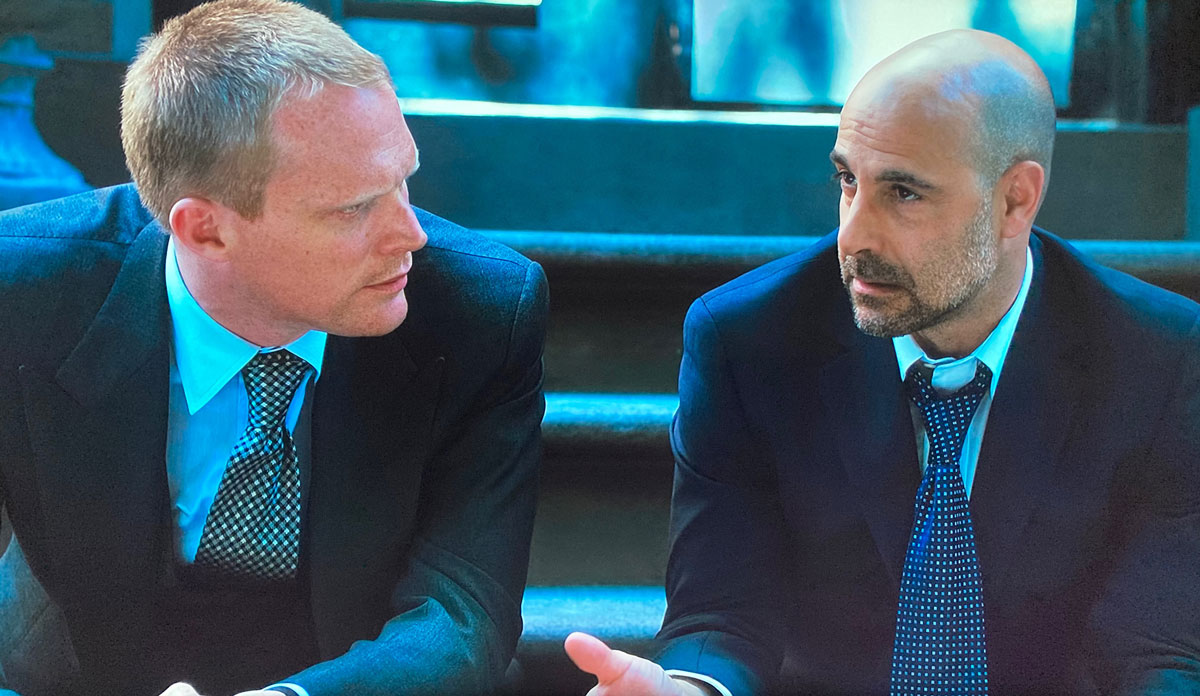 This is nothing but a stock broker finance industry circle jerk, pretending they aren’t evil bastards deep in their soul. 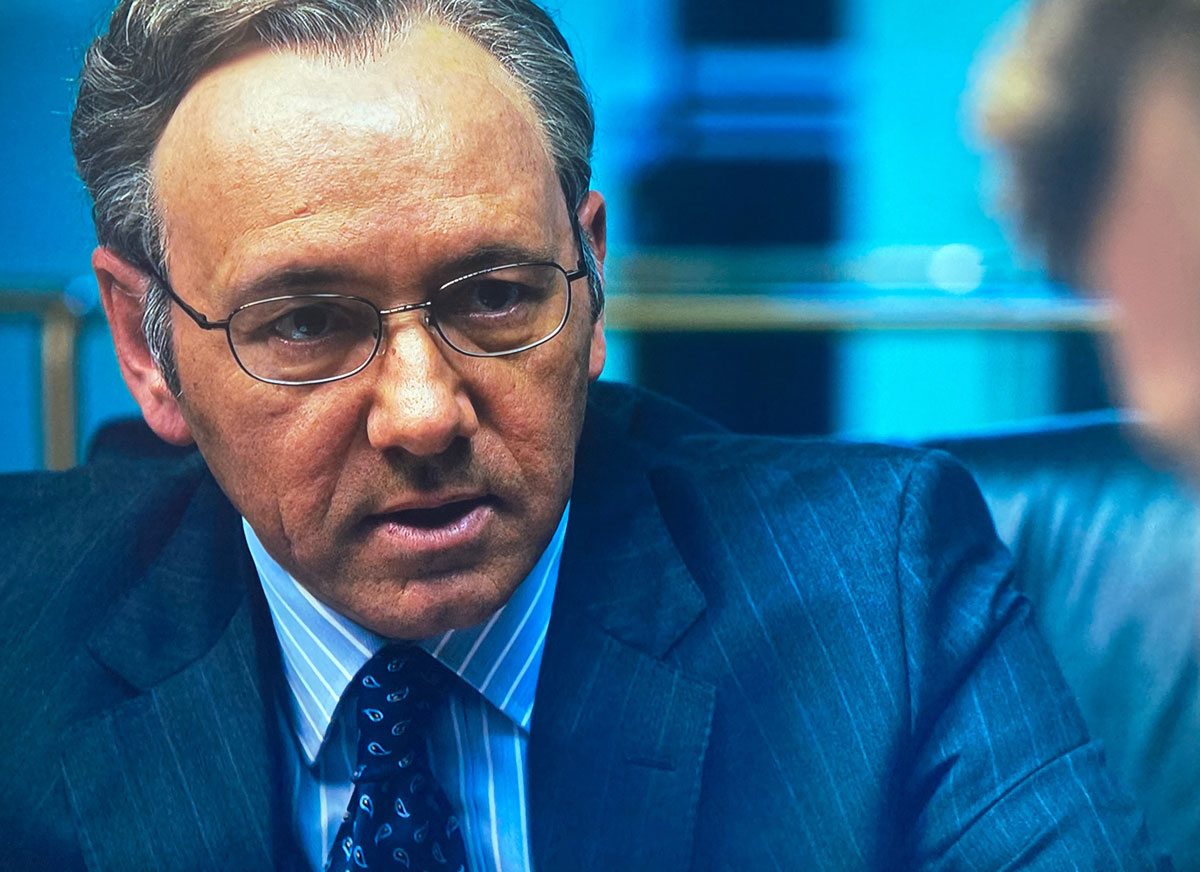 Senior managers at an un named bank are forced to consider selling their interest in Mortgage Backed Securities (MBS) in order to avoid have losses that are greater than the market valuation of the firm.

The question is whether this is the correct thing to do. In the myriad of office politics and personal profit the wealth of many people who are not directly connected rely on the decisions and actions by these business people.

MBS – These are shares of a home loan sold to investors. A bank lends a borrower to buy a house collects a monthly payments on the loan. This loan and a number of others are sold to larger banks that packages the loans together as a mortgage backed security. 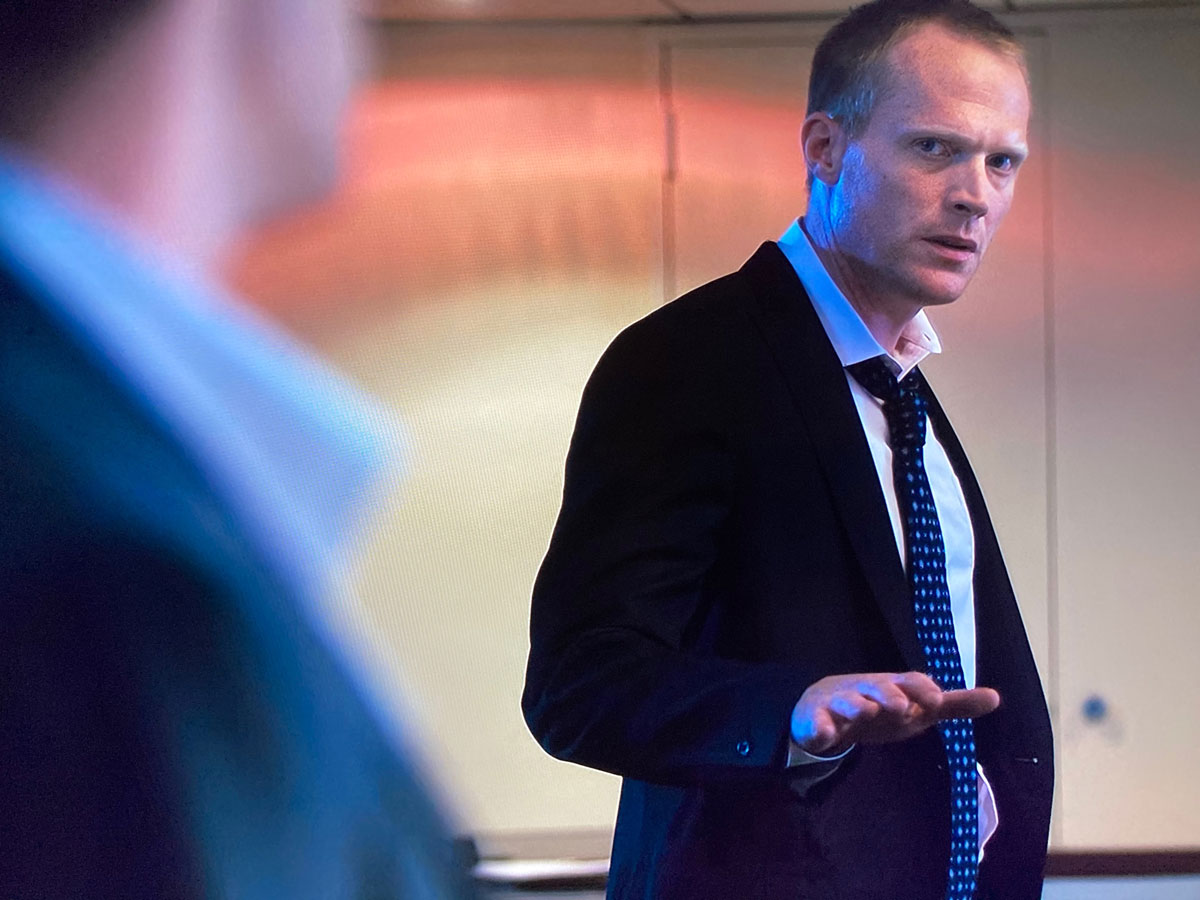 The larger banks then issues shares of this security  called tranches to investors to buy them and collect the dividends in the form of the monthly mortgage payment.

What went wrong, because they are mortgages, there was confidence in that payments will be made, and that house prices would rise. However, due to the popularity, banks were providing mortgages who couldn’t afford them. As a result, the confidence in these securities and they were losing value as some people couldn’t afford the mortgage repayments. This then created a slide where house prices fell. Share prices fell, and this loss was greater than some companies.

Lehman Brothers, Merrill Lynch, and Washington Mutual were some of the familiar names that succumbed to the 2008 crash. 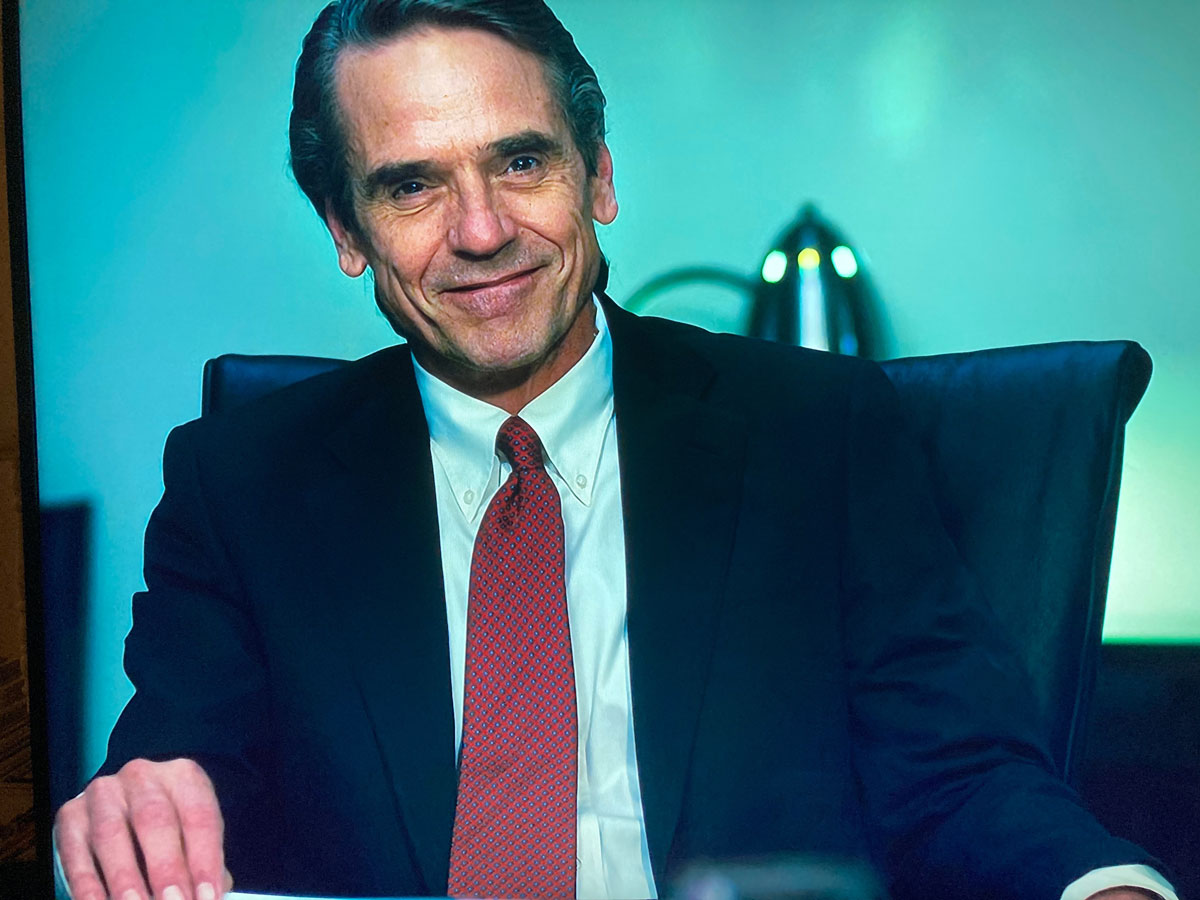 He wears a dark suit, the cut is slightly looser than of the age, more akin with the 1980’s. His red tie and blue pattern dots is something that is modelled on some banking CEO’s, namely Jamie Dimon JP Morgan, a BBC article highlights some points.

Red is the power tie according to Mark Woodman; it symbolises strength and passion.

Not sure about the button-down white shirt. It could be explained that he has been called into a meeting at 4am, and this was probably the only shirt available. He should be wearing a better dress shirt. 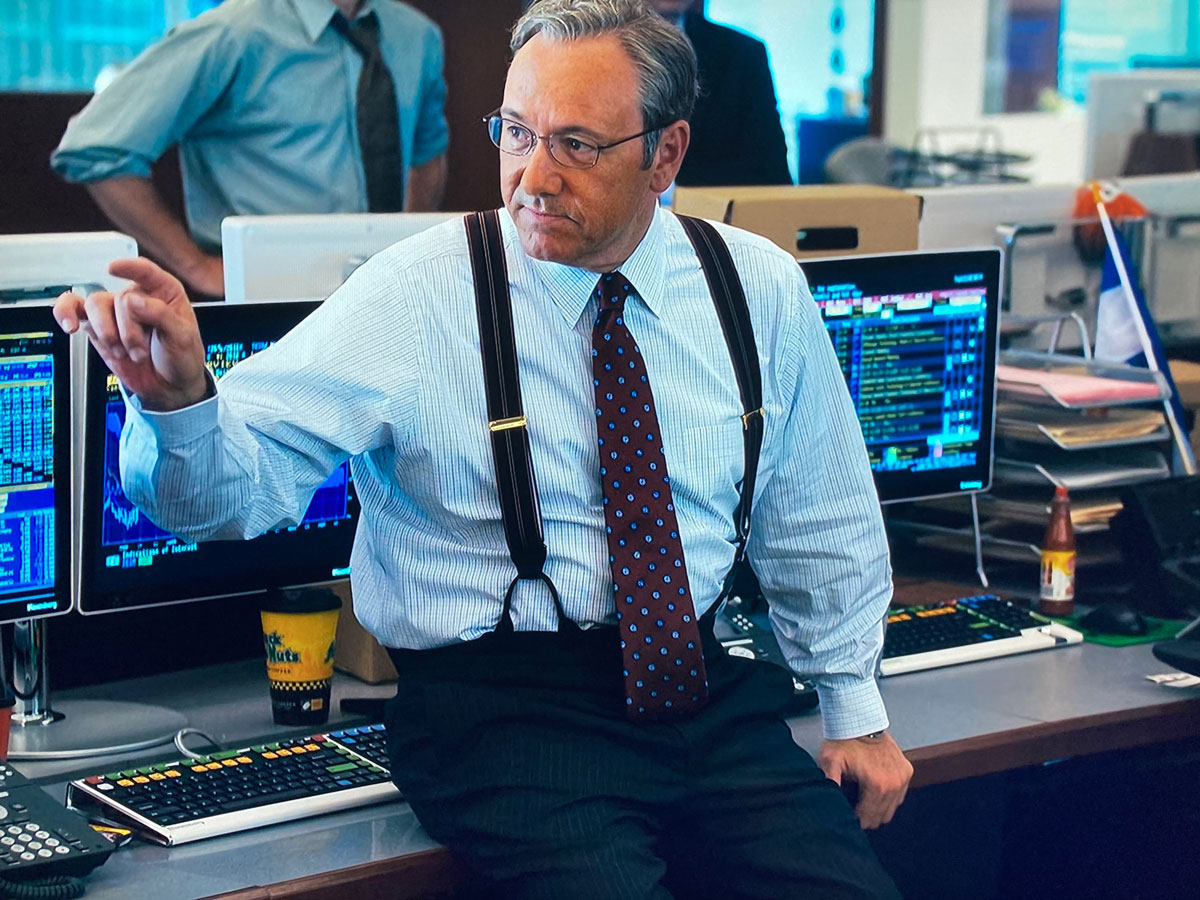 Sam’s character is influenced from the 1980’s uniform of bankers, with the wearing of braces and the colours blue and red. The style is a hangover from the 1980’s and it reflects his character as a veteran of the firm. Like most of the cast, he has a costume change before they he attends the senior manager meetings.

Sam and John are paired as both starting their careers in the 1980’s and their style reflects this. 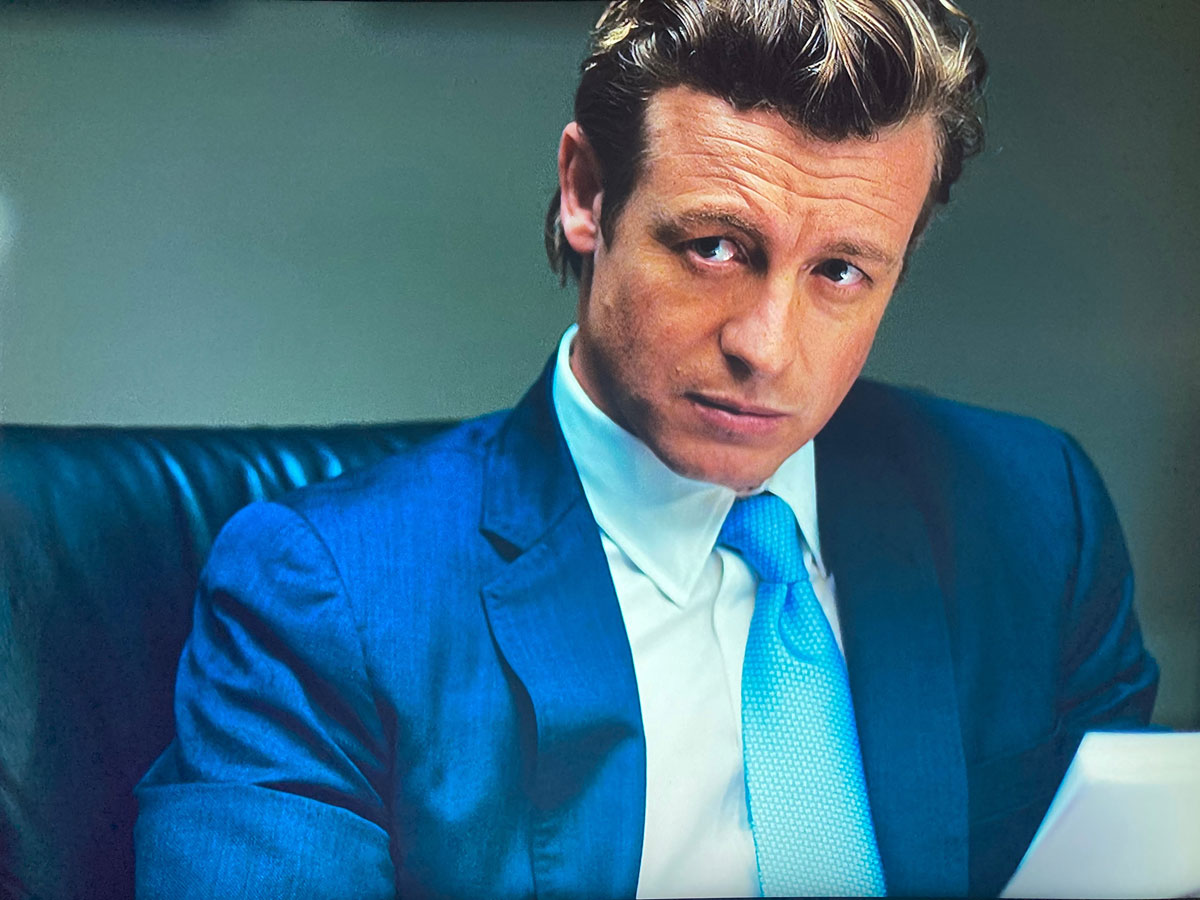 He dresses very well, tailored blue suits and light blue ties. The light blue tie is deliberate in matching his eye colour. Blue is a colour of modern business, and according to Eve Lindsay who is an image consultant, the colour blue is to represent harmony and calm like the sea and the sky. Baker’s blue tie and his temperament is that of being in control and in command and calm.

Baker wears two blue ties within the film. He is dressed as modern and the heir apparent to take control once his boss leaves. 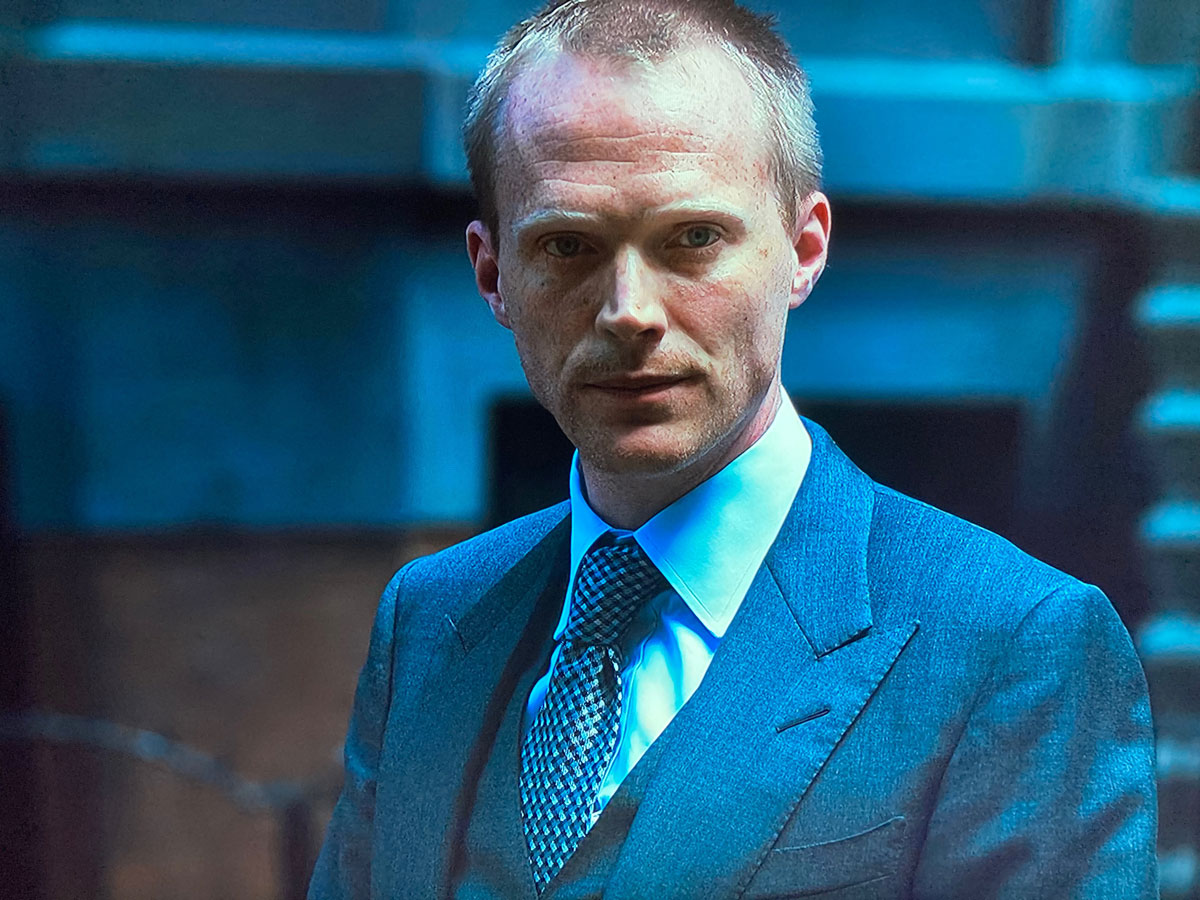 Paul Bettany wears two suits in the film, the first suit is a dark suit, white shirt and navy blue patterned tie. When he is called into a meeting with the senior managers he wears a dark grey three piece suit with an amazing silver / black patterned tie.

Both his suits are very well tailored, and it says something about Bettany’s character that he has an “emergency” suit for such events.

Again, there is a pairing here, in that Bettany and Baker’s style is more of a modern banker, their suits are well tailored. Both are understudies to veterans, and both are modelling themselves as suitable replacements.

Sullivan is a typical junior employee; he is seen as one of three character not to have had a costume change during the film. Whilst he is earning a decent salary from conversations with his colleague, he wears what could be described as an off the shelf suit. His tie is a simple blue / grey striped tie.

He is a person who does enjoy his job, but is not involved in the trappings of working for an investment bank. 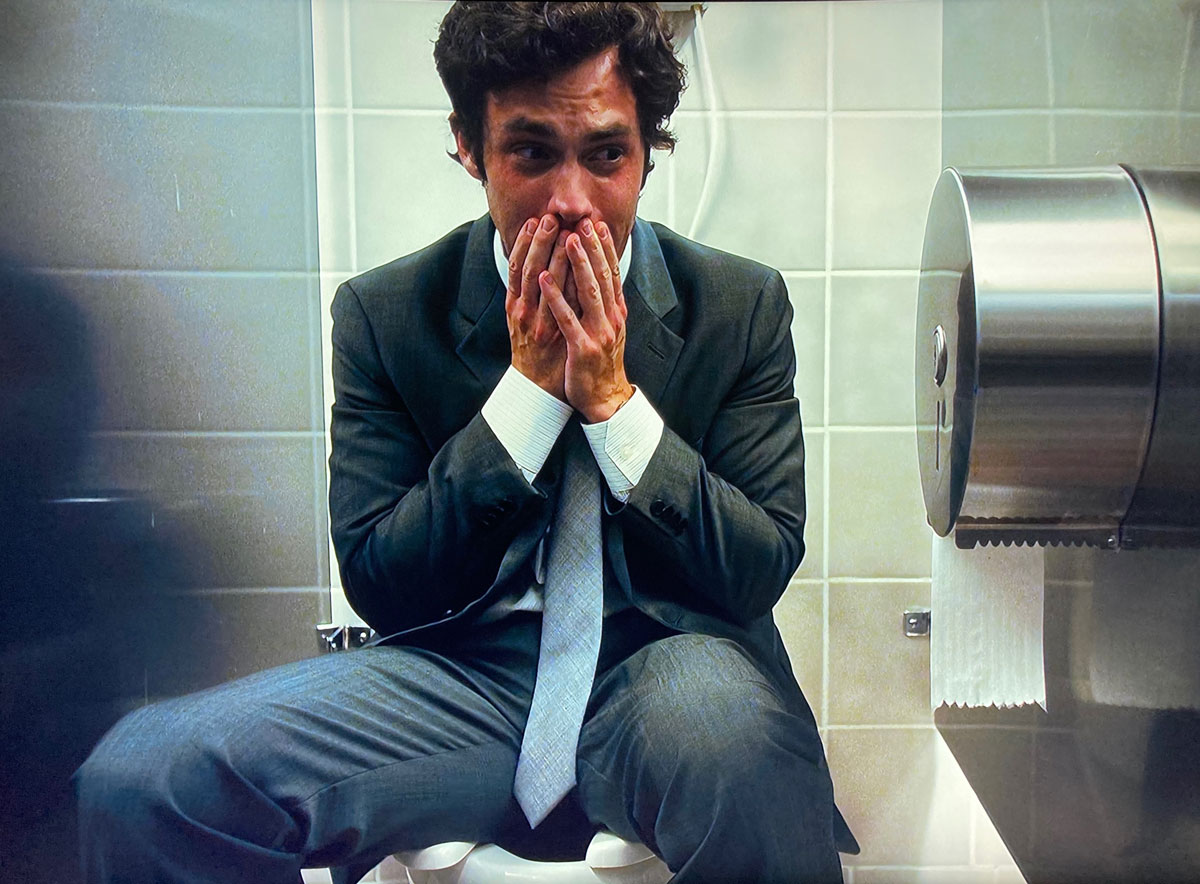 He is a person who wants the banker life of a high salary and he dresses slightly smarter than Sullivan, but like Sullivan he only wears one suit throughout the film. His suit is a mid grey suit white shirt and grey tie, in a way it is emulating Bettany’s suit. His suit is let down by his white socks.

Peter and Seth are paired together as the new generation of bank employees. They are not as smartly tailored as their peers, but being new entrants their suits and style is more function over style. 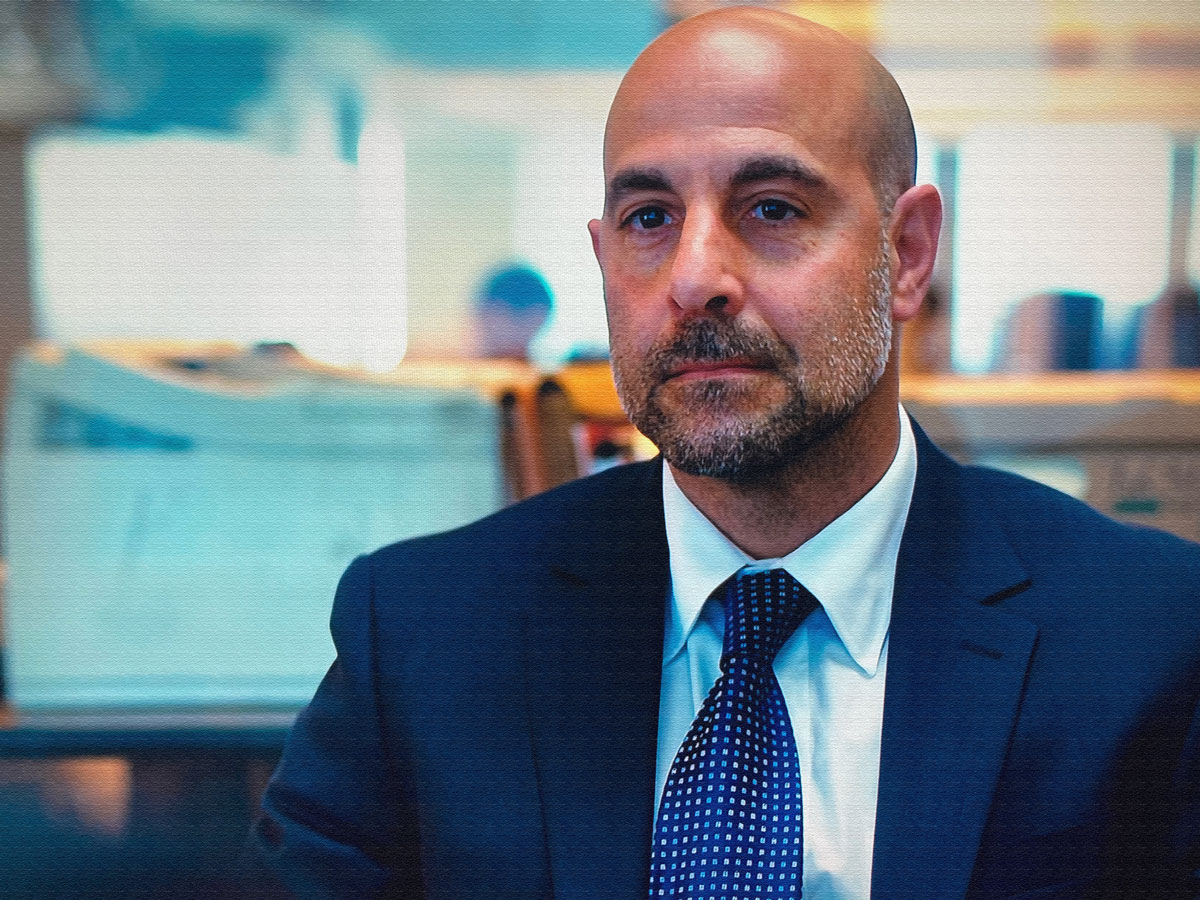 Stanley’s character wears a conservative navy blue suit, white shirt and navy patterned tie. Him and Bettany’s character share similar styling, and the tailoring is not as fashionable as Bettany. However, this provides a distinction between traders, and the support staff. The traders tend to be the big earners through the work they do. They attract the bigger bonuses when compared to the back-room staff.

There is an unspoken / unwritten mantra that whilst you should dress for the job you want, you should never overdress than your superior, and this film kind of reflects this mantra.

The story has a lot of office politics – who is to blame, who will survive, and how they do it. However, at the same time there are some great style for a film that was made for $3.5 million.

I’m joined by Z from Tie Another Day on Instagram and Benjamin Waters. Available to listen in the player below or on iTunes, Stitcher or Spotify.

As you can see I’m no artist. But it’s something I enjoy and I try and do one drawing of one actor for every podcast. The podcasts are free but if you fancied buying some fan art it would certainly help the cause. Buy a Jeremy Irons mug with a quote from the movie and some logo coasters to match. 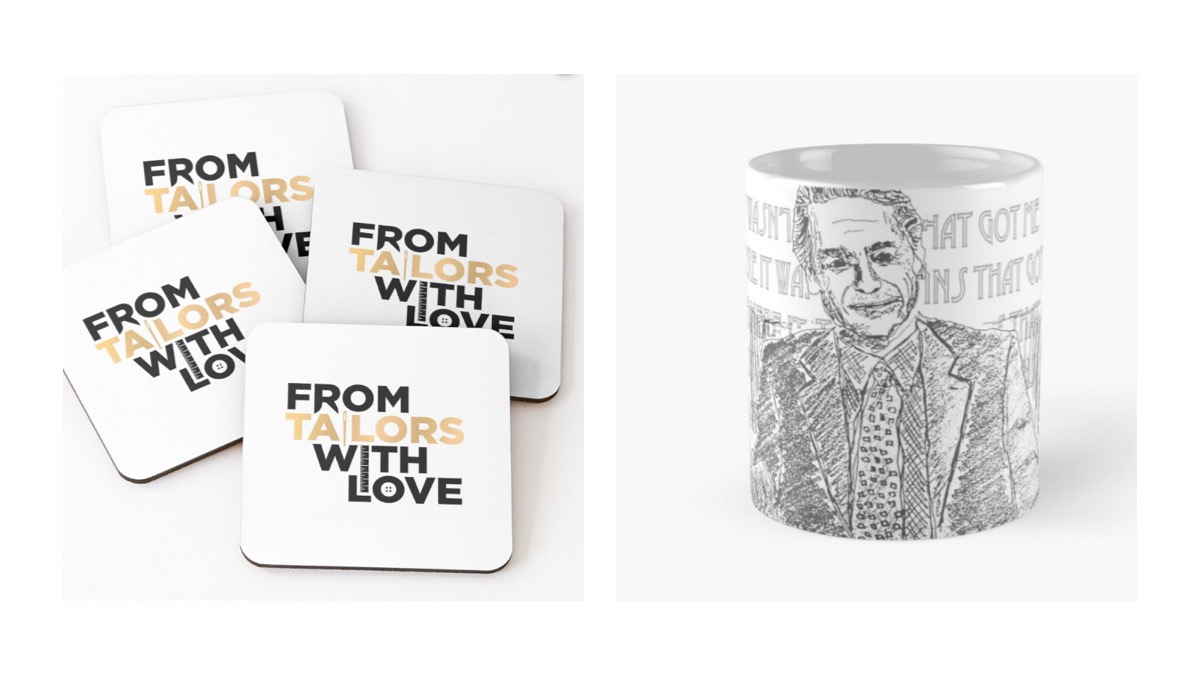 These amazing show notes on Margin Call were provided by Z, you can catch more articles by him such as the most iconic ties in movies, here.

Be sure to check out the film, available to buy on Amazon.