I sometimes make clothes for movies. I really don’t know what they’re about. It’s, it’s all fun anyway. 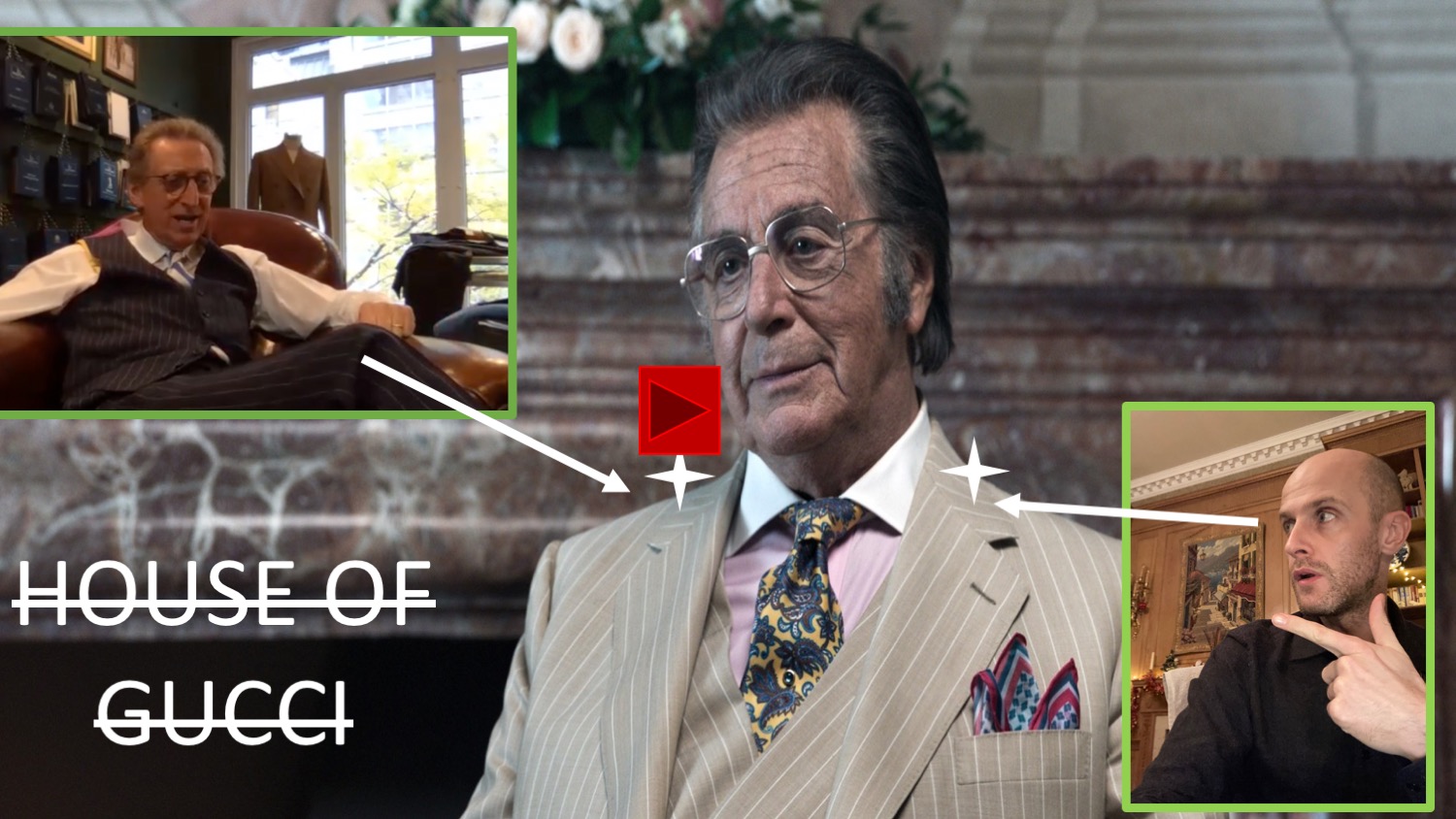 In this episode I speak to Bespoke NYC and Savile Row Tailor Leonard Logsdail about making the suits in the new Ridley Scott film House of Gucci. The film is based on the book House of Gucci by Sara Gay Forden. Leonard talks about the fittings with Al Pacino, Adam Driver and working with costume designer Janty Yates. You can catch my interview with Leonard Logsdail on YouTube, below are some moments transcribed (loosely) from our chat.

How did you manage to get involved with this film?

I’ve only worked with Janty Yates once before (the costume designer). And that was for American Gangster. She came to see me here at my store. And she wanted to know whether I could make suit styled in the 1970s. I started laughing. And she said, Why are you laughing? I said I used to wear these things. I know how to make them.

So I made I don’t know about 25, or 30 garments for Denzel during that period, and then nothing from Janty as she travelled the world working with Ridley Scott. Then when it came to doing the House of Gucci movie, she found that the Gucci themselves could not make the style of suits that she wanted that went back to the 70s in the 80s.

And so she called me up again. And because I’m out here and Adam Driver, his apartment is in Brooklyn is like 20 minutes away from here it made it very, very easy. So that’s how I got involved.

How much did you know about the original Gucci story?

I knew nothing of it until Janty called me. And we had several discussions as she was she was trying to fill in the background. It’s very important that you get into a period piece. So she’s describing it to me, what the character would be like that Adam Driver was going to portray, and also Al Pacino, who he was going to portray.

And then bit by bit I learned more about what had actually happened. But I had I knew nothing of it beforehand. 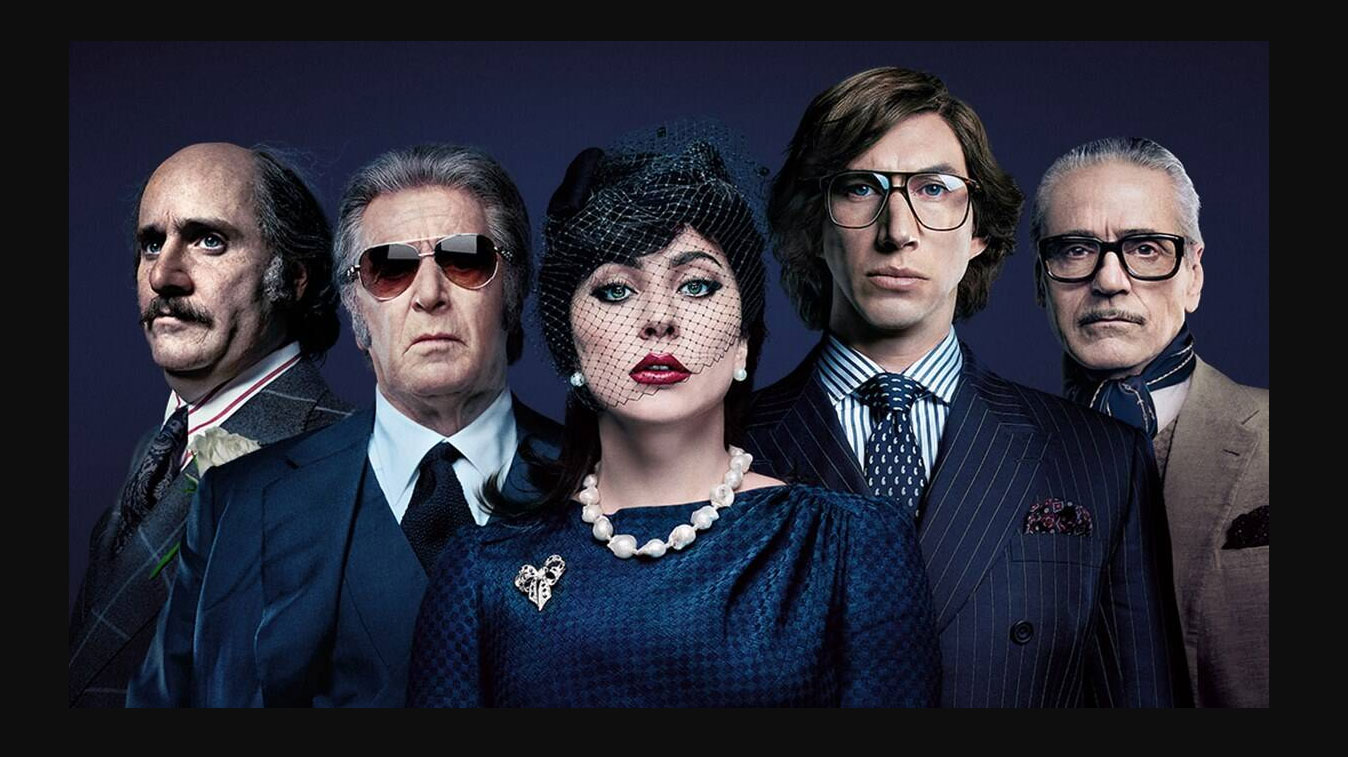 And did you get the brief from Janty? Was she designing the suits for you to make?

I worked for her. Every time I make clothes for a movie, I work for the costume designer. I make that very aware to them because sometimes the tailors can kind of get full of themselves. We have a very frank understanding. She knows that I give an opinion that if she tells me it’s absolute nonsense, then I’m okay with it because she’s the boss. So she tells me what she wants. And then we went through the bunches I went through my swatches. I directed her where to go in London so that we could look at the fabric simultaneously before we purchased them for the movie.

It’s somewhat of a sore point. I made 50 or 60 garments for House of Gucci. In February this year I was taken very ill I was out seeing Al Pacino in California and I collapsed on the street and ended up in hospital. And there’s a little lesson that I’m going to tell you now that if ever you’re going to collapse, collapse in the street in Beverly Hills because you really get looked after well.

I called Janty up, I said look Janty I’m in hospital and it looks like I’m going to be out here for a few days. I know that you’re going to need to get your production going and she told me that Zegna have been knocking on her door on a weekly basis because they do it for free because they get a mentioned in the in the movies. And I said I understand that. But I am on top of this. I’ve got so much cut so many suits cut before I left, everything is underway. I will not let you down.

But as a safeguard, she did get a couple of garments made by Zegna. And I did say to her, there’s no way that Zegna could make for a body like Al Pacino’s. You might be able to get some for Adam Driver. So when I saw Adam, I spoke to him about this and he was actually a little bit put out that Zegna got the mention, and I just got a ‘London Savile Row tailor working in New York’.

And he did tell me that when he’s been to some of these premieres, every any opportunity, he drops my name, which I thought was very good.

He also said he believes he only wore one of the Zegna garments in House of Gucci. But when I saw it last week, I actually didn’t see one thing that Zegna made, but I might be wrong. 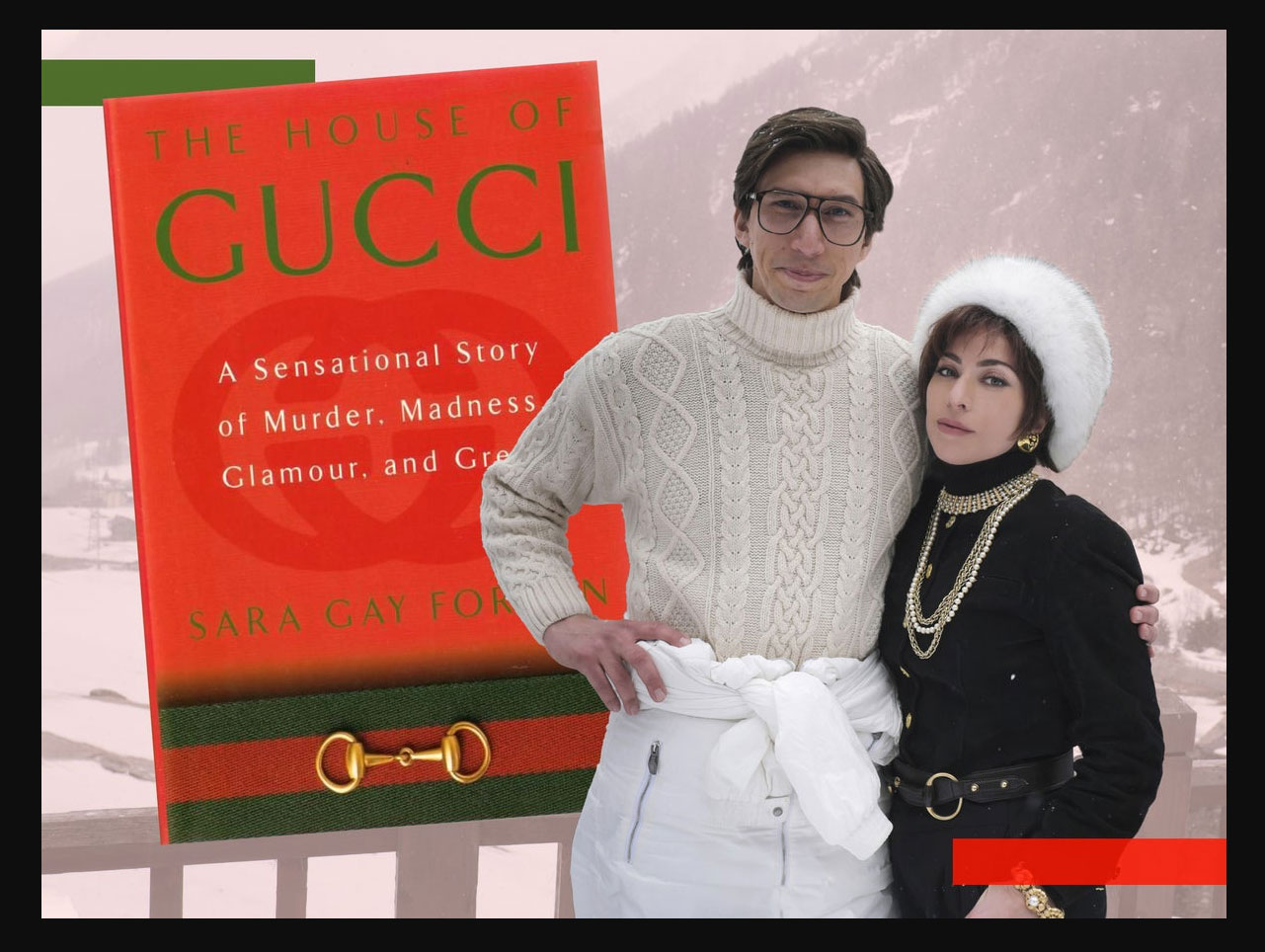 I heard that they weren’t repeating any looks from scene to scene with either Lady Gaga or Al Pacino or Adam Drivers. This must have been a huge commitment for you.

Like Lady Gaga, I read insisted that nothing be repeated. And certainly I made it look close that neither Al Pacino or Adam Driver needed to repeat any of that garments. And some of the garments I made were not even used. Every scene was a different garment, which was great. Great for me. I made all the same style. Albeit double breasted or single breasted, we may vary with a patch pocket or slanted flaps or straight flaps. But basically they were the same style with a nice flare trousers as well.

Amazing. And did you make for Jeremy Irons as well?

No, initially, Jeremy’s slot was going to be played by Robert De Niro. De Niro apparently wanted too much money. And so they went for Jeremy instead. And De Niro would have been great because he’s in New York City. I’ve worked with Bob several times. He and I are very, very comfortable together. But it never came about. That’s a shame.

You’ve previously done background work for Gucci on Wolf of Wall Street. Is this familiar turf for you now cutting in the style of Gucci?

Once I have you down on a paper pattern, we can go to town on the styling.

It really doesn’t make any difference just a matter of moving scenes around.

Certainly, the jackets were a little bit longer. And the shoulders were a little bit stronger than I personally like. As I said, my job is to provide the suit that my customer wants, and I need to understand what they want. Some people like a stronger shoulder. When my clients like a really soft shoulder, like a shirt shoulder, I don’t like it.

And I tell them, I don’t like it, but it’s their suit.

Are you going to location to fit the stars rather than them coming into the store?

Most of the time I go out. I went out to Los Angeles twice on this movie two or three times to see Al Pacino. Adam Driver just lives around the corner. Sometimes they come in here I’ve met a number of actors from Tom Hanks to Daniel Craig. Hugh Jackman has come through the store and Bruce Willis, a number of us Stanley Tucci etc all came through the door. Most of the time you go to them because they’re too busy and too important to come in and see you.

Did you have to make a lot of repeats even if it was a suit that was only going to be used once?

Not for this movie. I did White House Down. I made 21 of the same suits for Jamie Fox and 20 of the same suits for Channing Tatum. Because they were all getting beaten up all the time. People say to me, doesn’t it bother you that you’re making all these suits and they get beaten up? I love it. Rip it to pieces, it’s wonderful. They’re paying for each one. So why not? 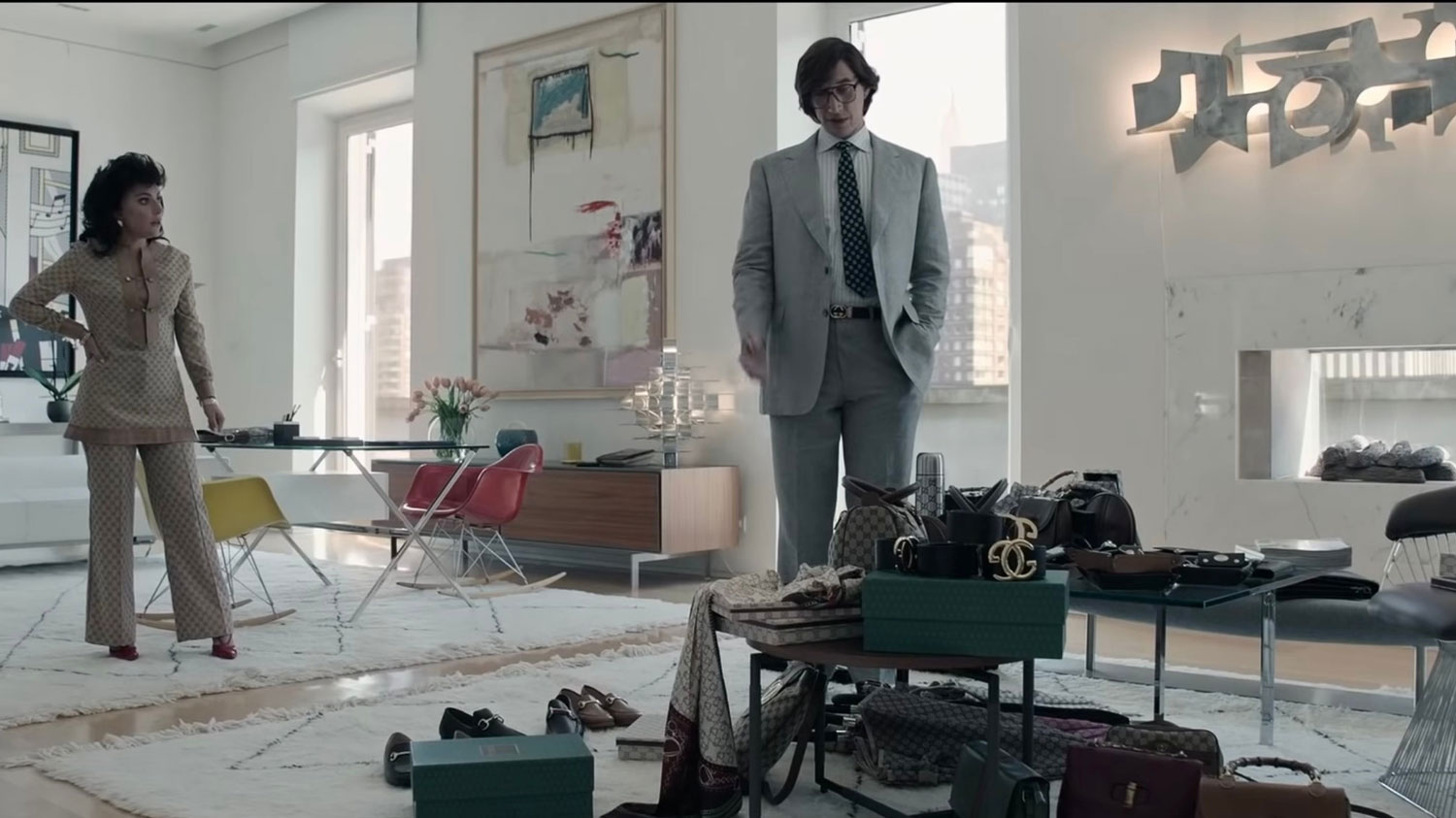 Did any of the actors keep the suits after the film wrapped?

I don’t know. Al Pacino did see love the blue striped mohair that I made, he really loved that. And he said that this one he was going to keep whether he did or not, I don’t know.

Can people buy these suits that you made on screen?

Because of the movie, I’ve got somebody in from Singapore this week and somebody coming in from London to come and see me. They heard I made the clothes for the movie. You make a suit for Al Pacino, all of a sudden, people take notice. One guy wants the grey check suit that Adam Driver got shot in. He’s already told me what he wants.

So I’m going to get the fabric if he doesn’t come in, I’ll be able to sell it. But I just need to get hold of it so that when he gets here, I can just start with a suit. I have the numbers (for the fabrics). A couple of them are already sold out. Most of them I think I could probably get. Janty sent a lot of fabric to me. She found a place in Italy. We support them at a very, very good price.

The podcast is available to listen on iTunes, Stitcher or Spotify or in the player below. Don’t forget to leave a review if you like what you hear and be sure to follow Leonard on instagram. He is also available by appointment through his website here.