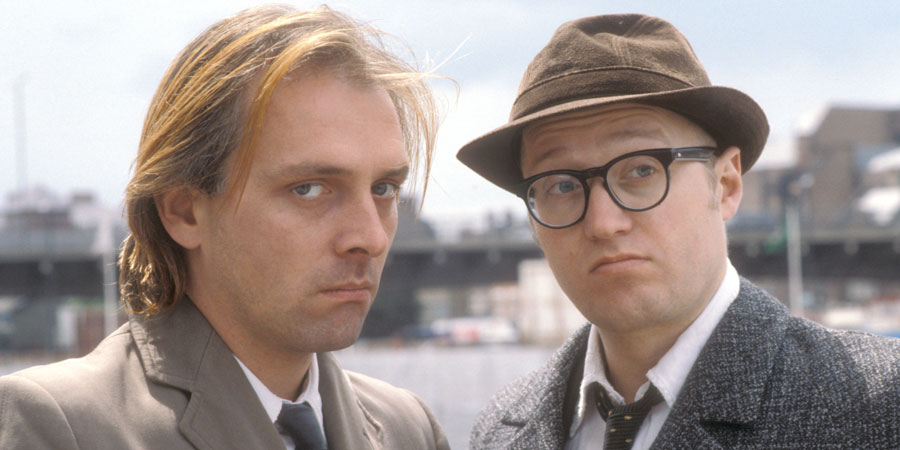 Costume designer and Stylist Lynda Wood worked on TV series 1&2 of Bottom. She has also worked alongside Michael Parkinson, had dealings with Roger Moore, and his tailor Doug Hayward.

In this episode of the podcast we really talk mainly about Bottom. Whilst Bottom might not be seen as the most stylish of shows, it does have some interesting style moments. Such as Rik Mayall reversing his rain coat inside out to make a smoking jacket for his night of culture with Eddie played by Adrian Edmondson. Below are some transcribed moments from the interview. 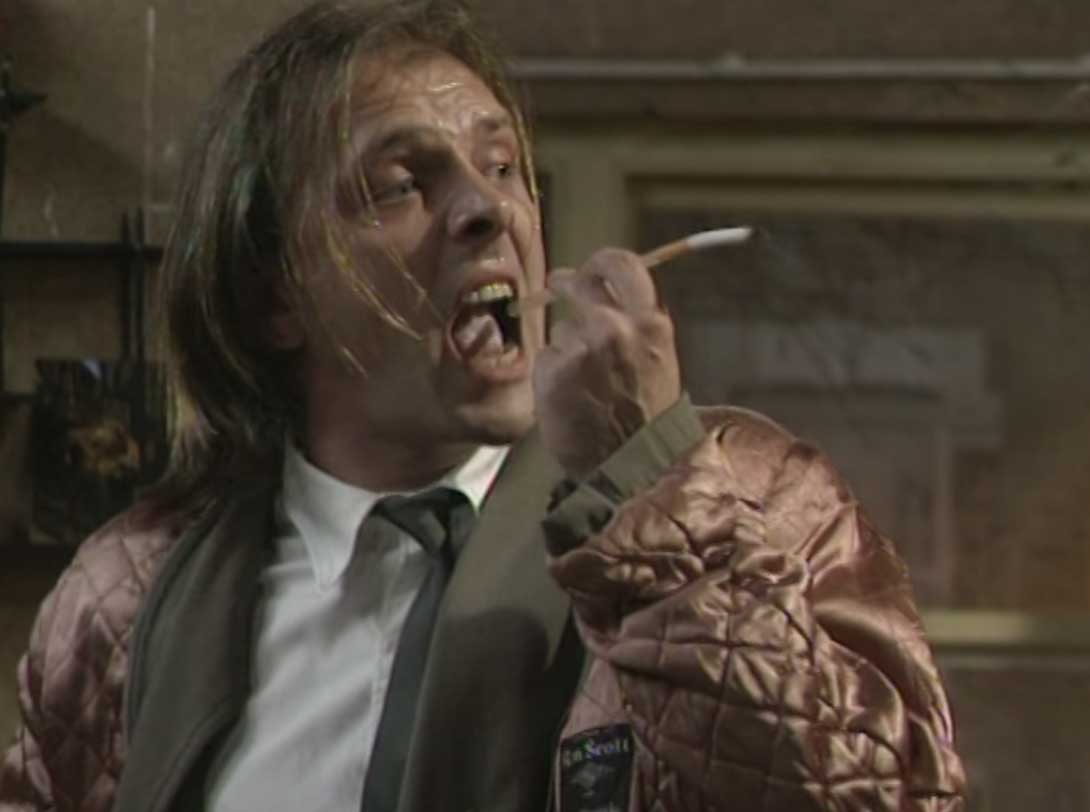 How did you get involved with Bottom?

I met Ade and Rik they seemed to like me I thought why not. I had done some drama as well and by then it was nice to do something different really.

Where did you source the clothes?

We went to the big Costume Store. That’s not there anymore, it’s student accommodation in North Acton. We went up to fourth floor. It was rails and rails of lots of different period costumes, modern costumes.

Ade was set on a suit that he had that he wanted to wear. He wanted me to do the additions, tie, hat etc. And basically they only wore the same things with just different things added. 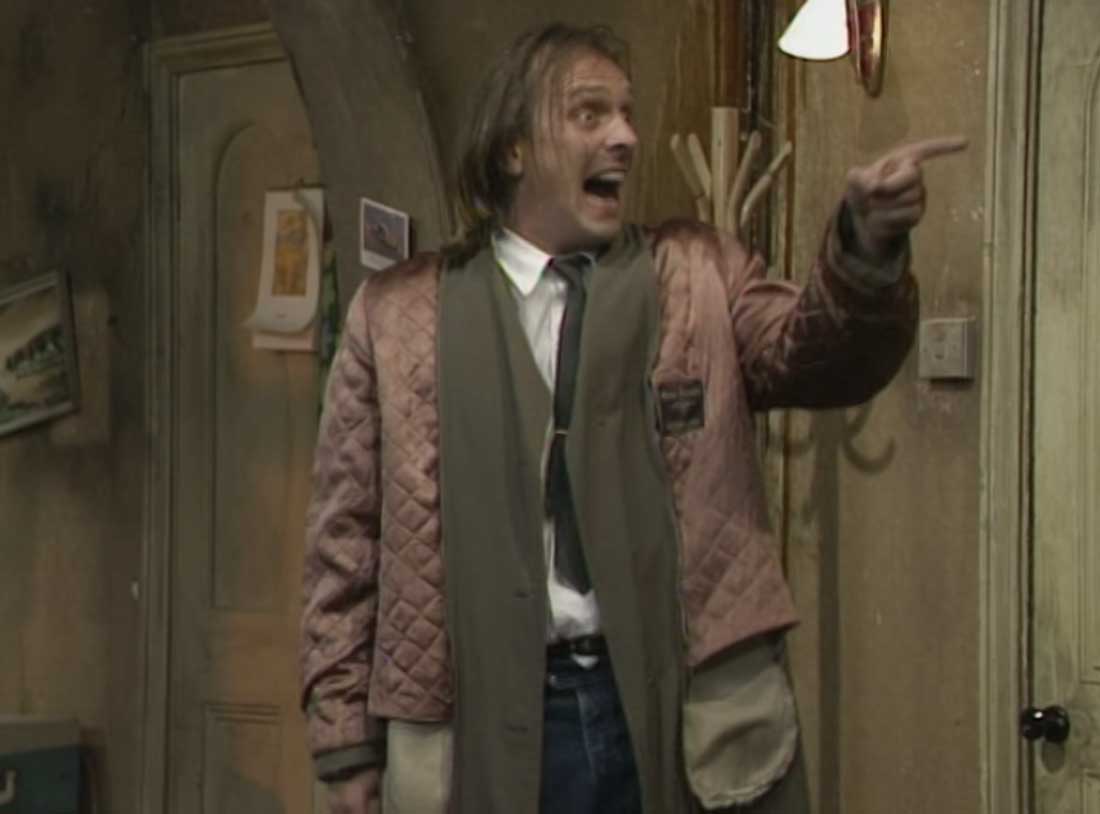 Like in one scene he wears a green velvet smoking jacket. That again was in the wonderful archives in the Costume Store. And his idea to put a pink shirt with it which I found. It was that wonderful amalgamation of a designer working with crazy artists. And that’s how it worked from then on. 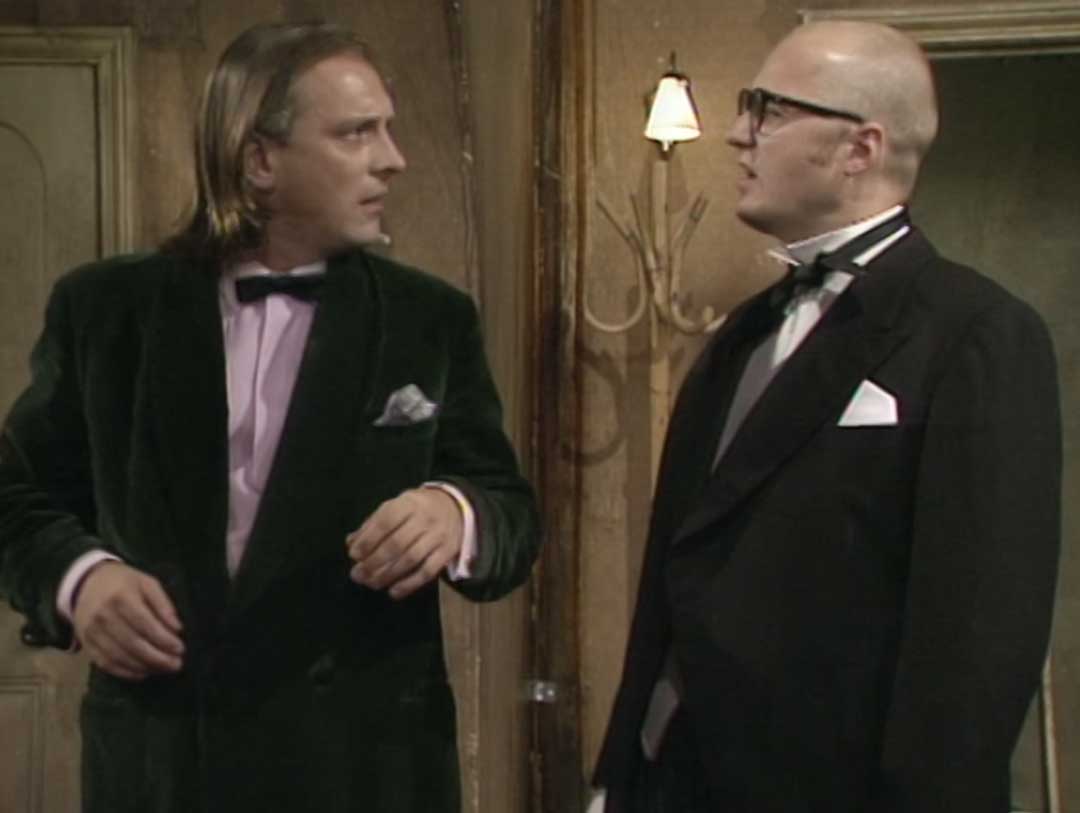 Did Adrian Edmondson bring his own suit?

I think it was kind of a 1960s suit, and it was built to last. I was always bemused as to how he (Adrian Edmondson) found that and why it was in his wardrobe. But it was a very clever move.

If you notice everything they did was to make you cringe – the belt was a horrible brown belt and it was pulled up and you got the impression they never cleaned themselves after doing certain things as they were watching tele. 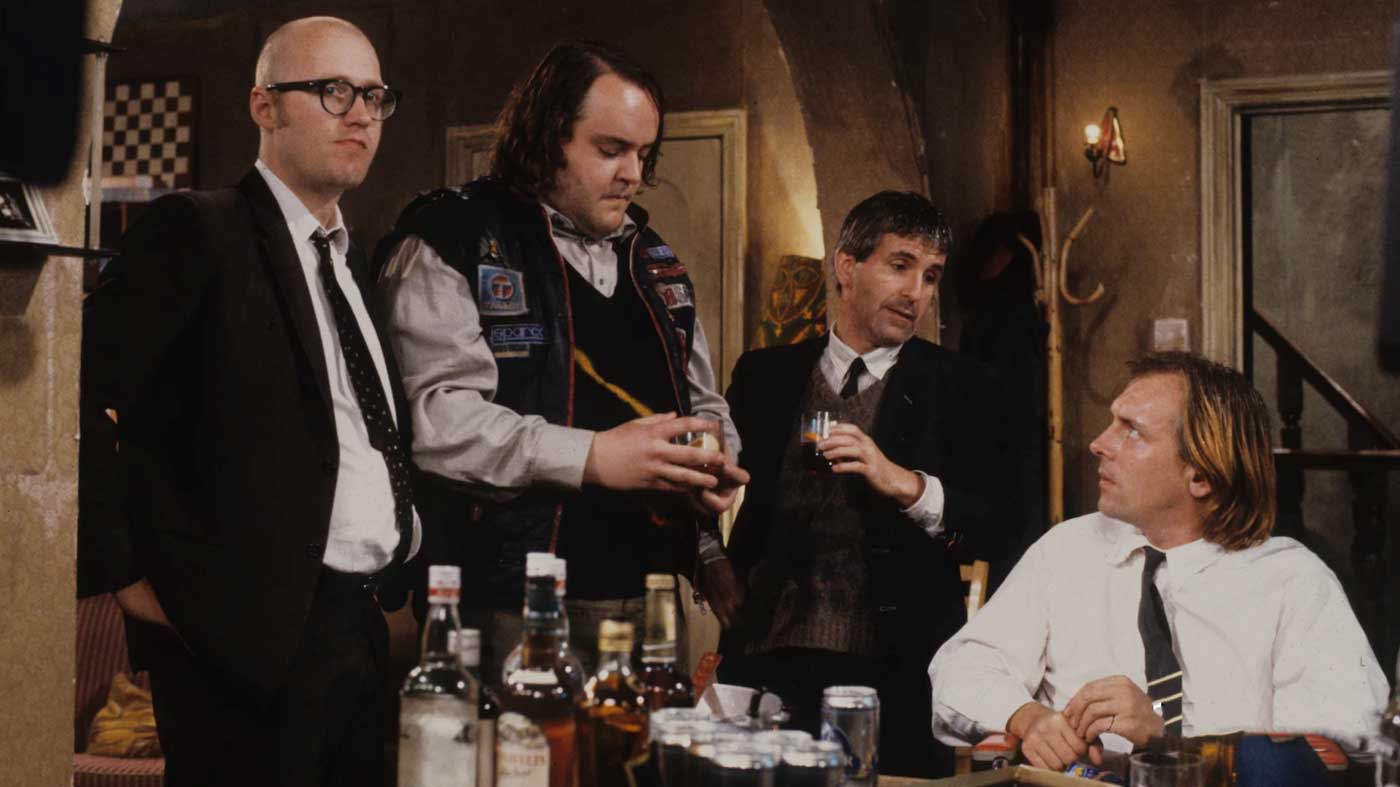 And what are your memories of dressing Rik Mayall?

Rik used to have a gold tie pin which I found. Rik was seen in his underpants a lot because he did unmentionable things. It was all a bit unsavoury what you’re supposed to think he was doing and I’m not going to elucidate anymore.

I found some Y-fronts put them on, far too white and too small so in the end I had to get underpants made for him that came up virtually underneath his breast bone. They were the most cringeworthy things I’ve ever seen and we made about 5-6 pairs. 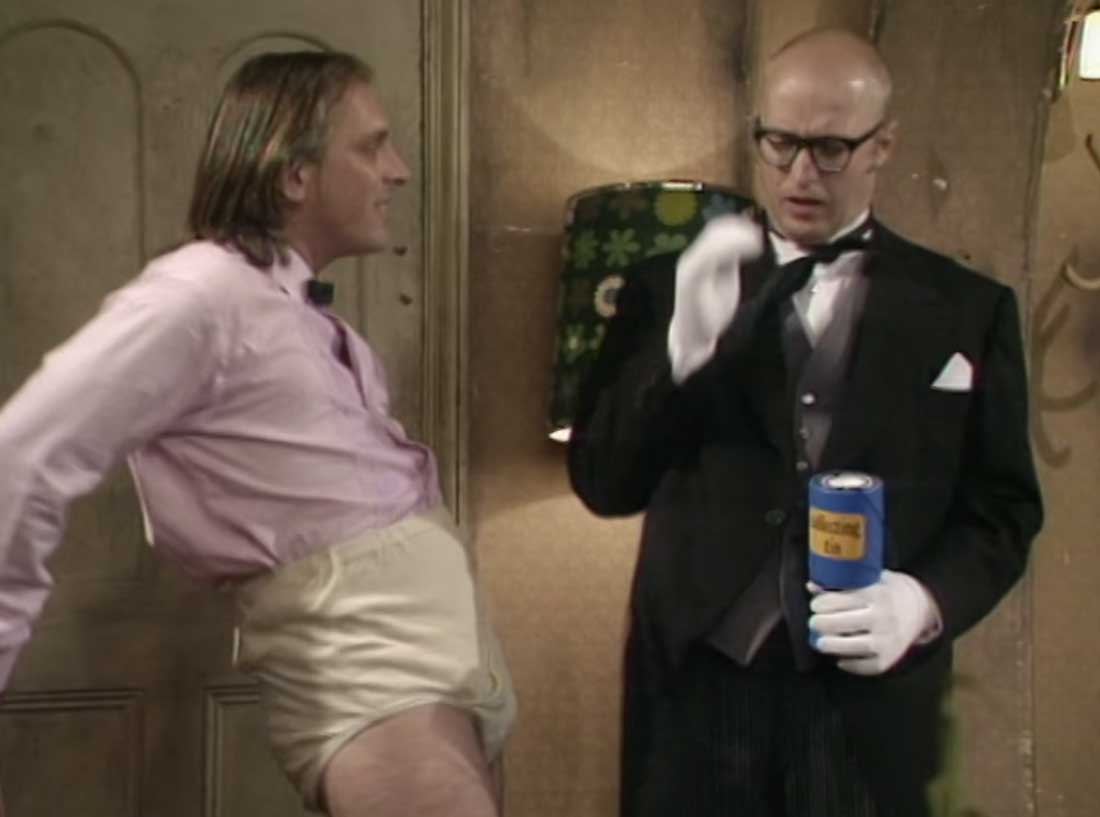 This is the only mention of clothing brands (that I’m aware of) in the episode Hole (3rd series)  Richie exclaims to Eddie his shirt is an “original Van Heusen” shirt, which Eddie suspects is THE original Van Heusen because it hasn’t been washed since 1963. In fact according to Wiki, the Van Heusen was a popular line of shirts that was branded in 1957. They are still being made today, through outlet stores and online platforms. You can actually buy an original Van Heusen shirt on Amazon. 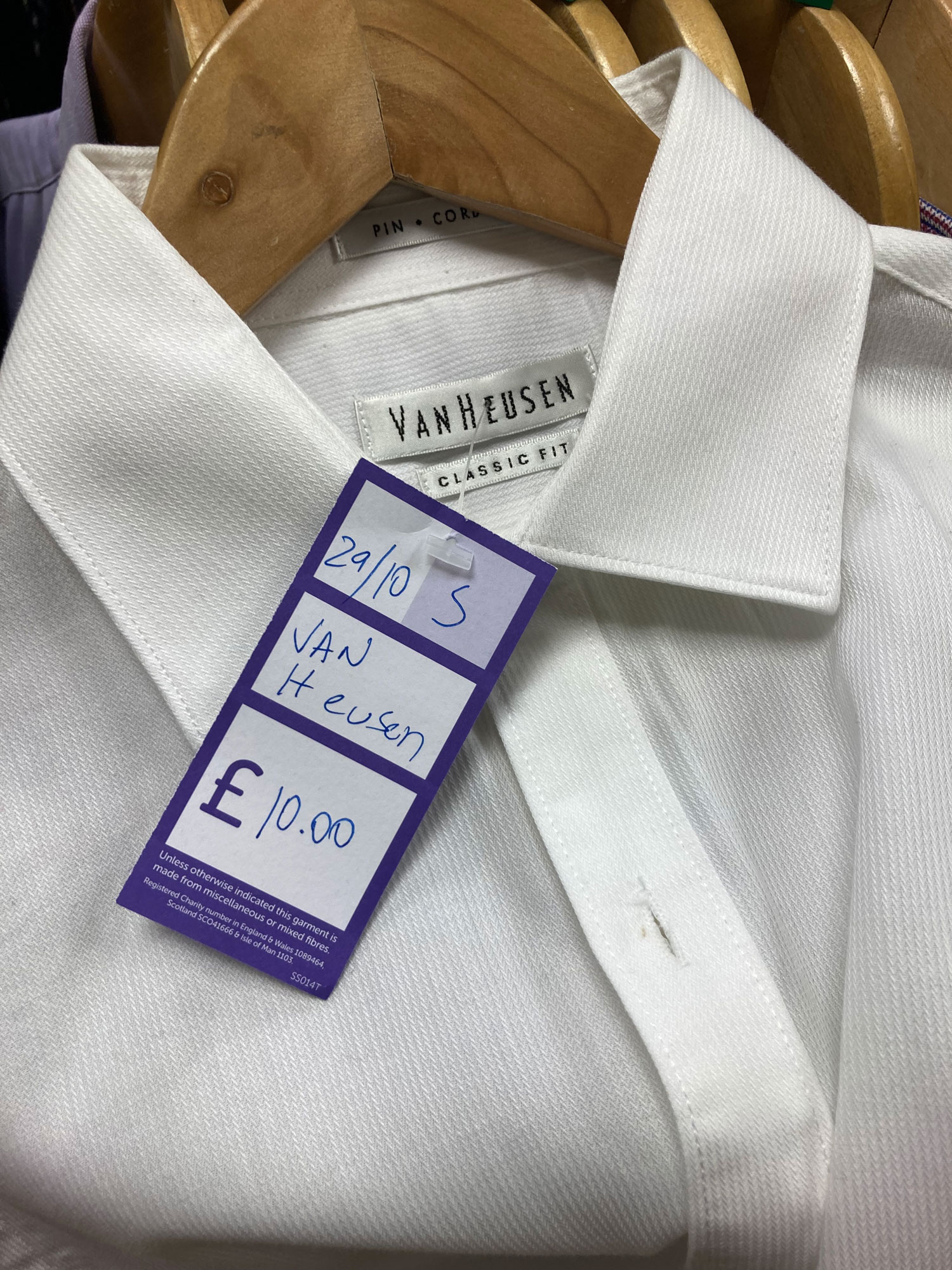 I am now a proud owner of an original Van Heusen. I bought one from a thrift store for 10GBP. 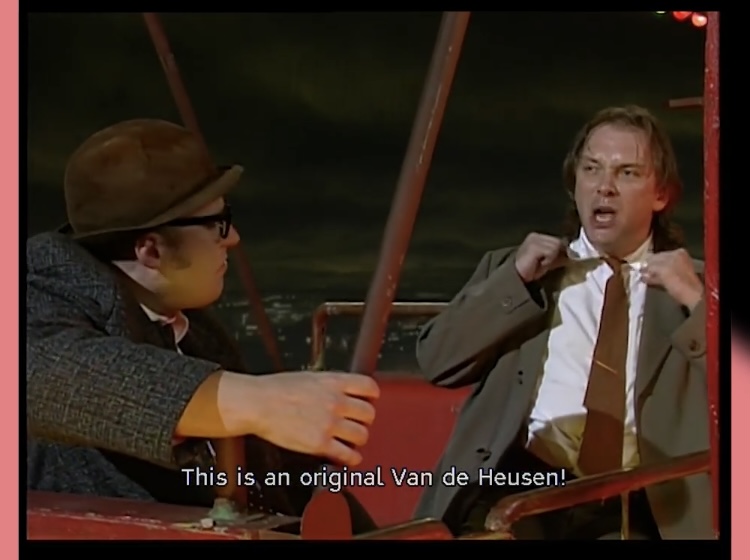 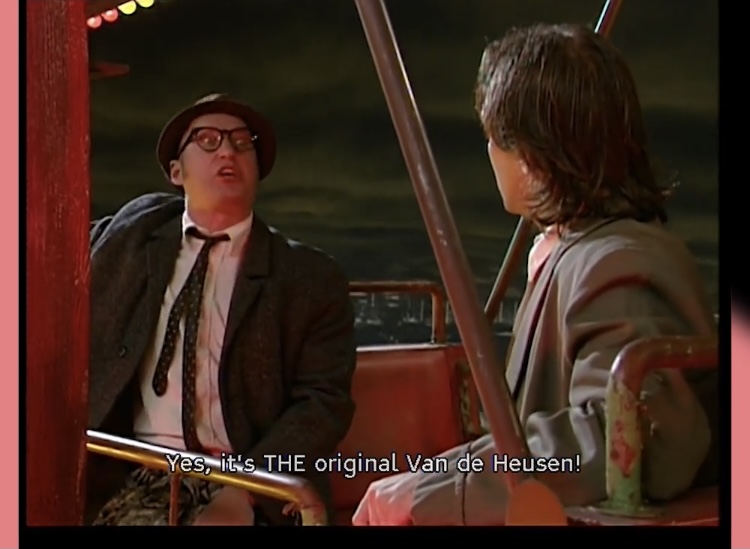 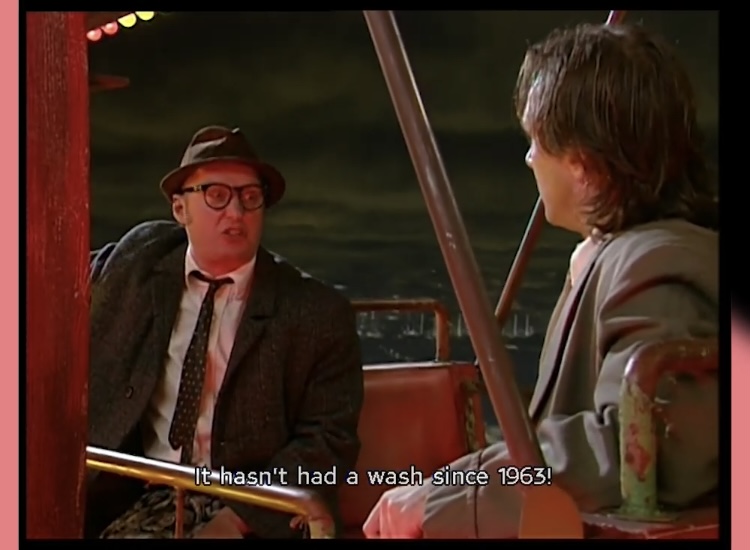 The full interview with Lynda Wood is available to listen in the player below or on iTunes, Stitcher or Spotify. Don’t forget to leave a review on your smart phone there to get a ‘thank you 007’ on the podcast. You can also check out Lynda’s website here.

Catch a snippet of the interview on our Vlog where Lynda also talks about working with Parkinson, Doug Hayward and meeting Roger Moore here.

Located in Hammersmith. To find out more about this location follow the Twitter thread I started which also had Adrian Edmondson himself chip in with some witticism. 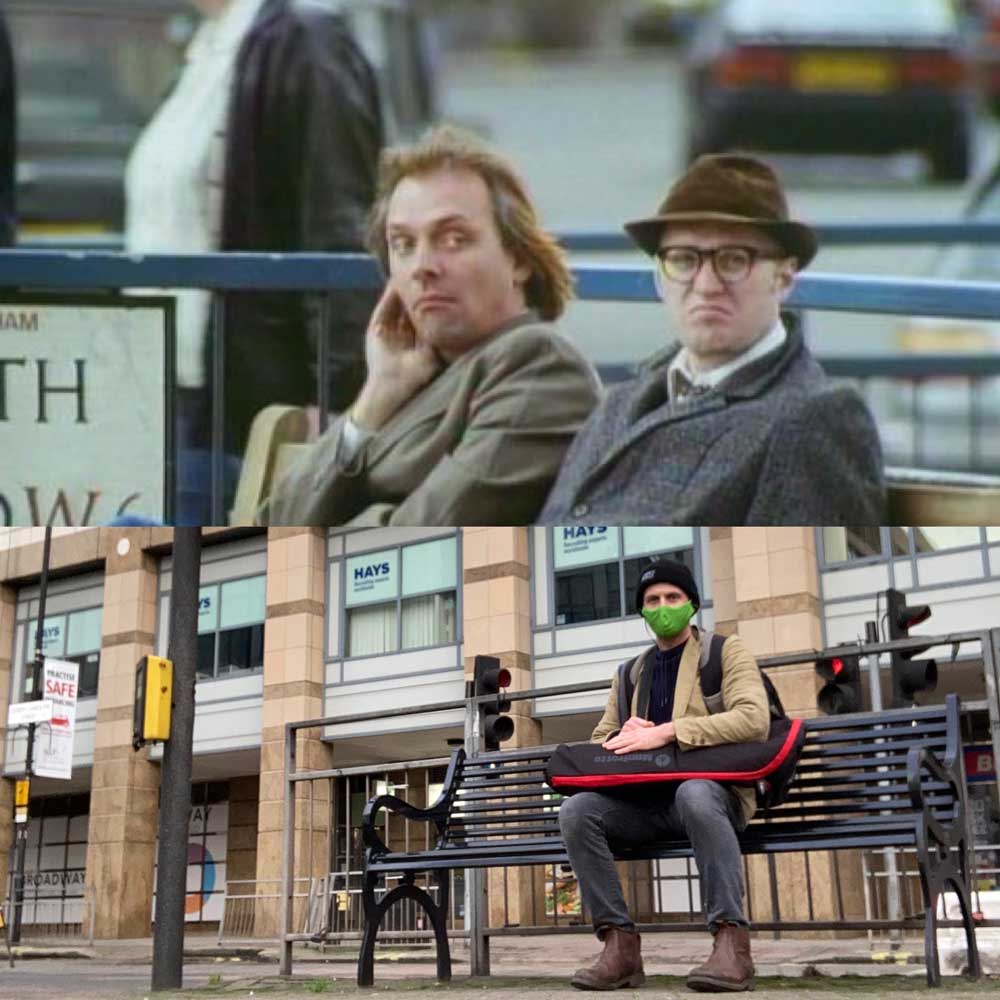 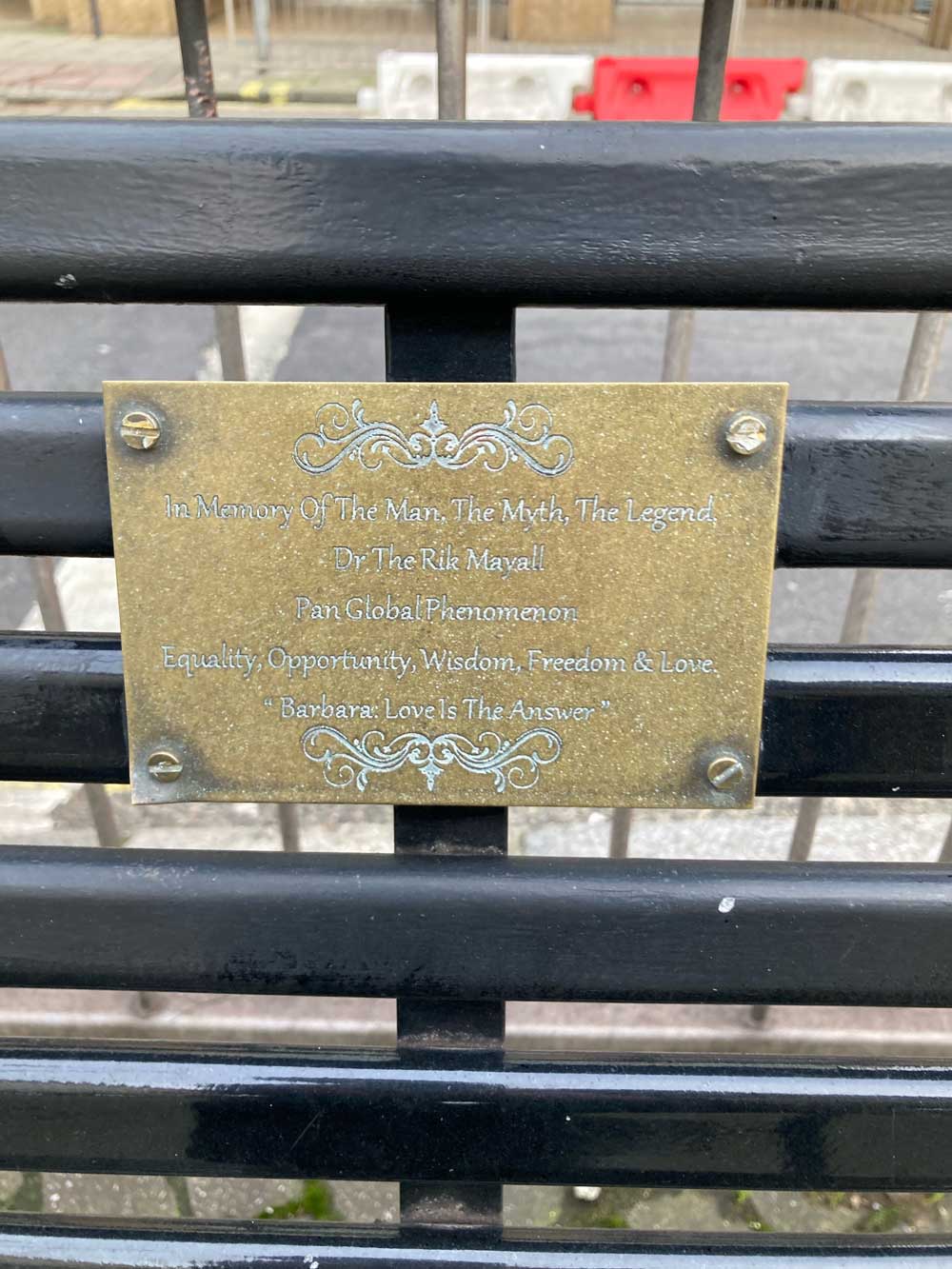 Should you wish to support the show you can buy some fan art of Rik Mayall through our Redbubble store. 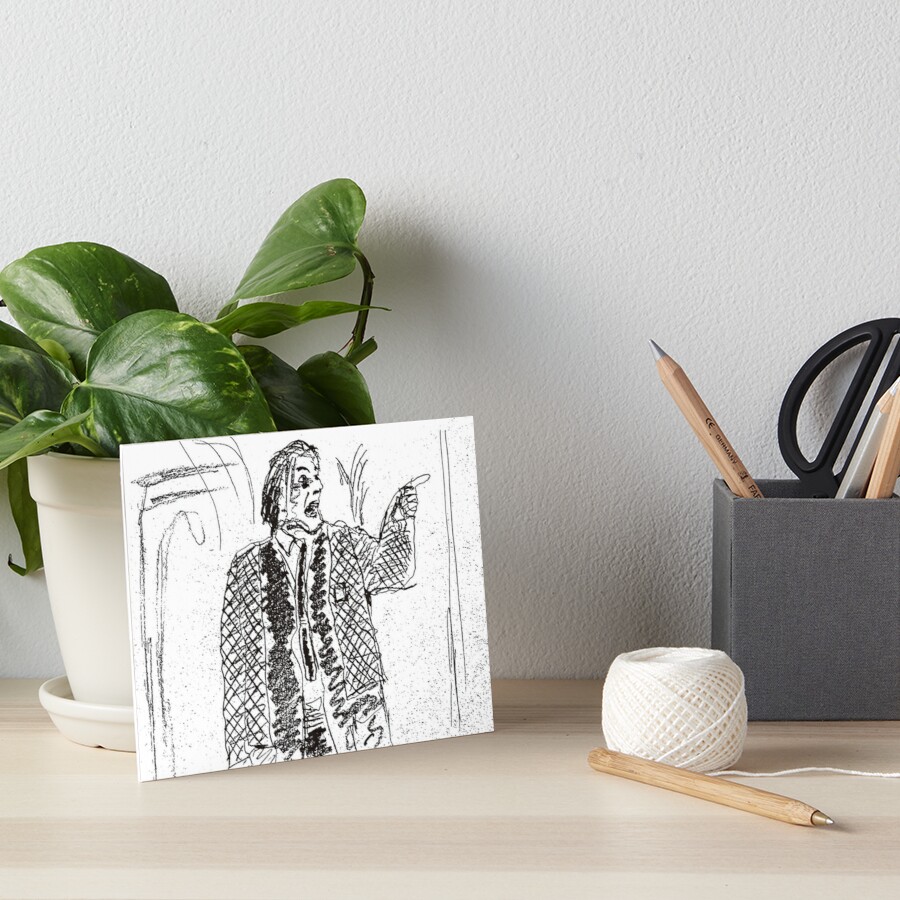 All the live shows

If you happen to know anymore about the costumes of the show Bottom please get in touch and I’ll update the article. In the mean time you can purchase the Bottom Box Set on Amazon that features all the live shows as well as the film Guest House Paradiso.