One of the things you can see is that everyone had a good time making this movie. Caine and Martin really zing off each other. 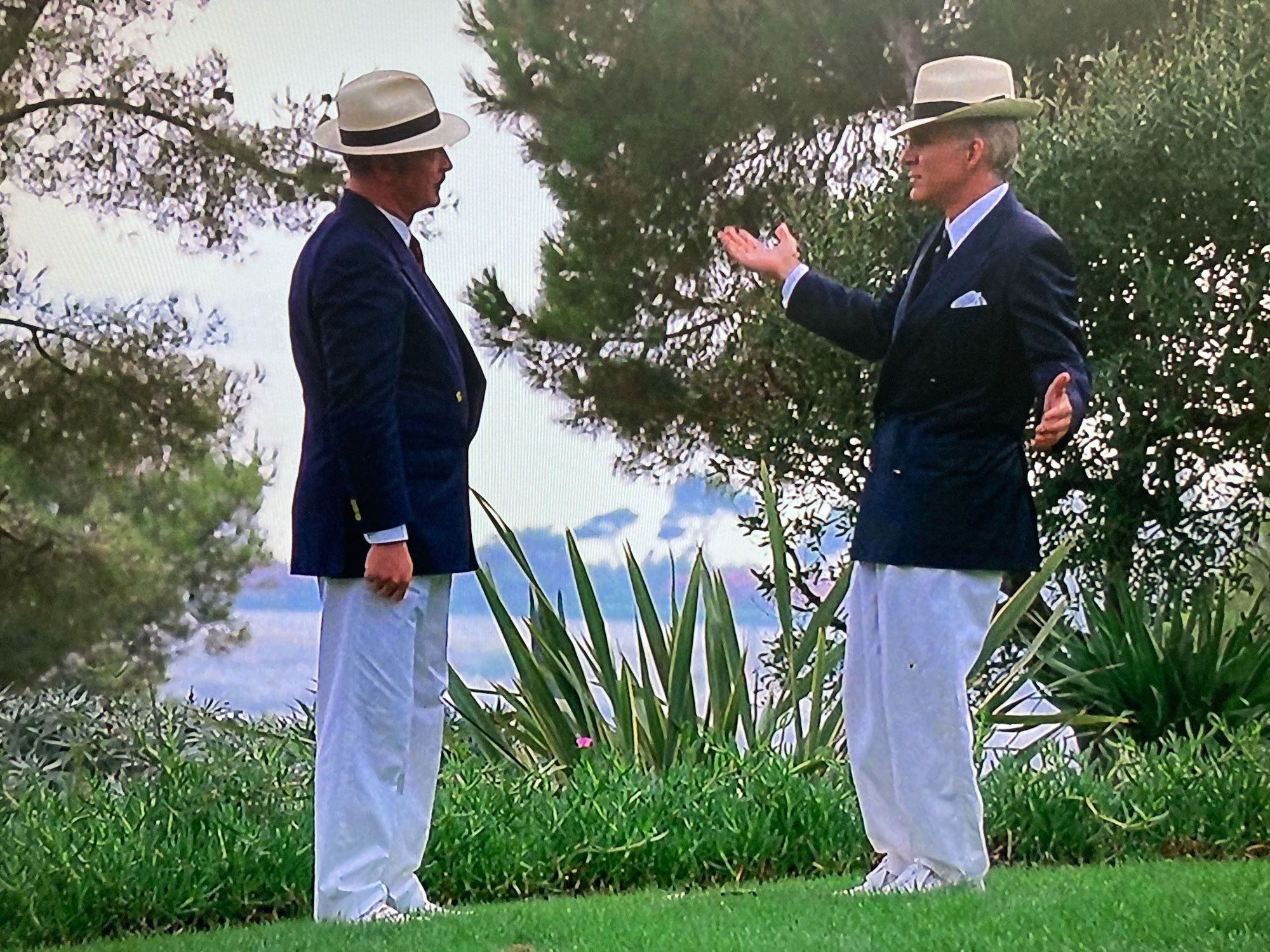 In this episode we discuss the magic that is Doug Hayward and how his signature style is prevalent in the 1988 hit comedy Dirty Rotten Scoundrels starring Steve Martin and Michael Caine. 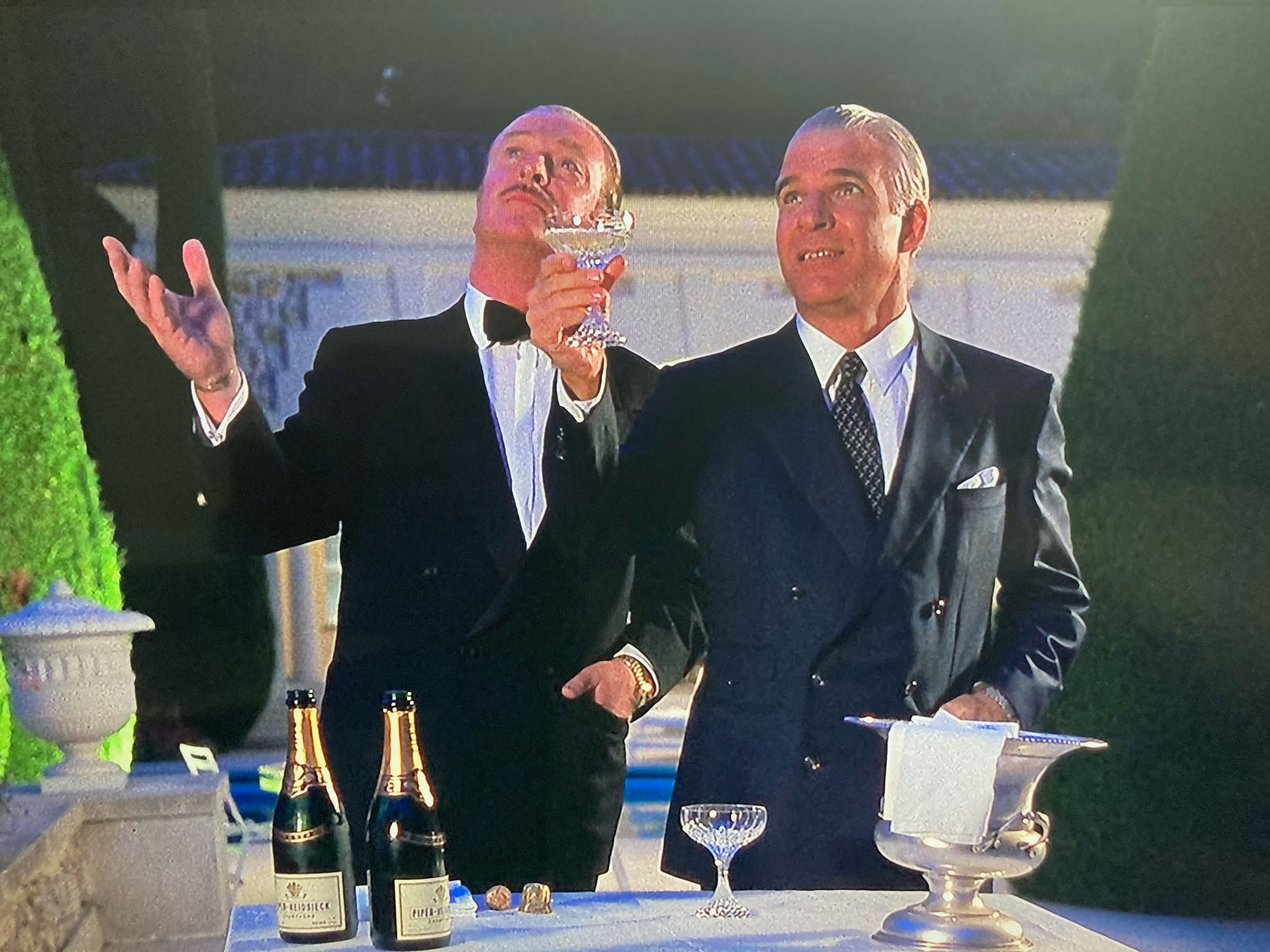 For the book, (From Tailors With Love) I interviewed Audie Charles who worked alongside Doug for many years. She said this of Hayward,

I remember we did Dirty Rotten Scoundrels with Michael Caine in the south of France and the problem was that Michael was supposed to look slightly wrong. Because he was a con man we had to make the trousers a bit short and a bit off and the sleeves on the blazers slightly long.

I remember that was funny because there is an amazing picture of them, Michael is wearing a blazer and white trousers but it’s all slightly sleazy.  – Audie Charles. 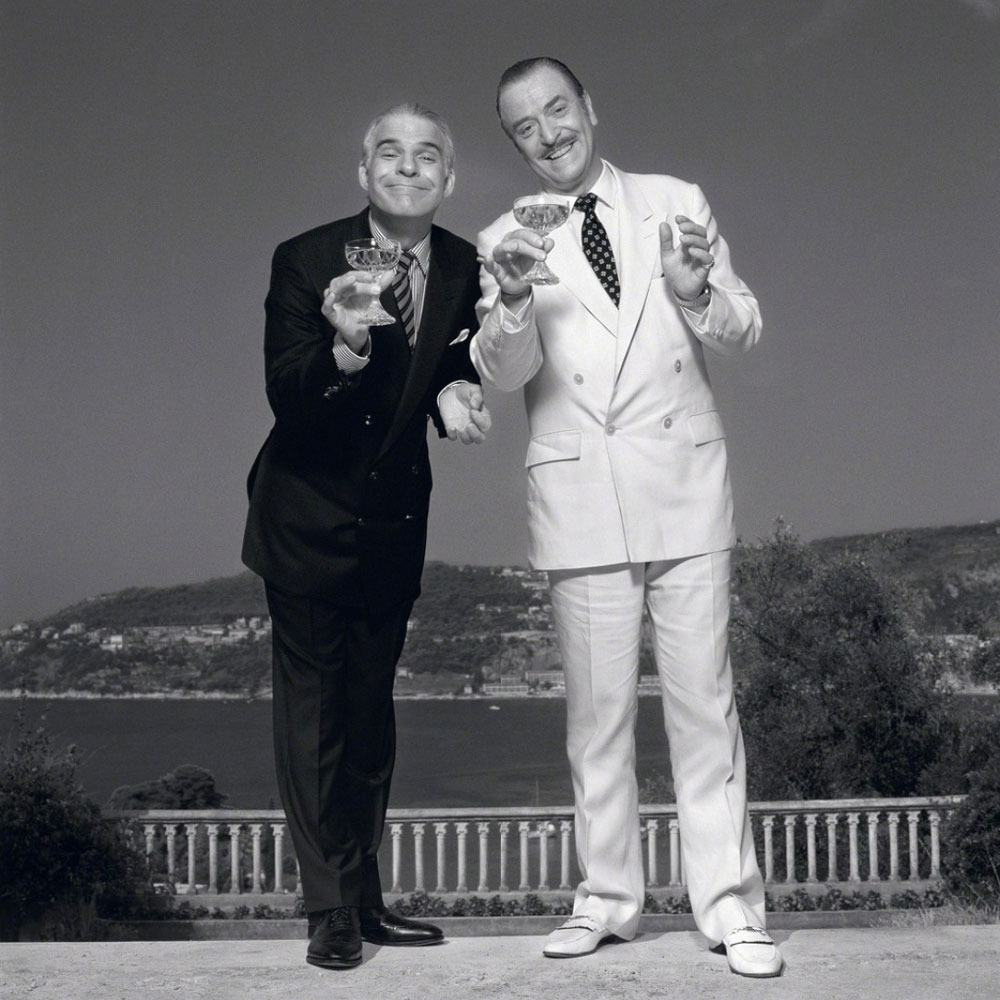 As a huge fan of Doug Hayward, I would ask him questions about the movies and he was very proud of Dirty Rotten Scoundrels. He used to have the famous poster image of Steve Martin and Michael Caine, which was taken by Terry O’Neill, who was Doug’s best friend. He used to have that in the toilet in his shop.

One of the things you can see is that everyone had a good time making this movie. Caine and Martin really zing off each other. Its my favourite comedy and its a real underrated style movie as well. –  Jonathan Sothcott. 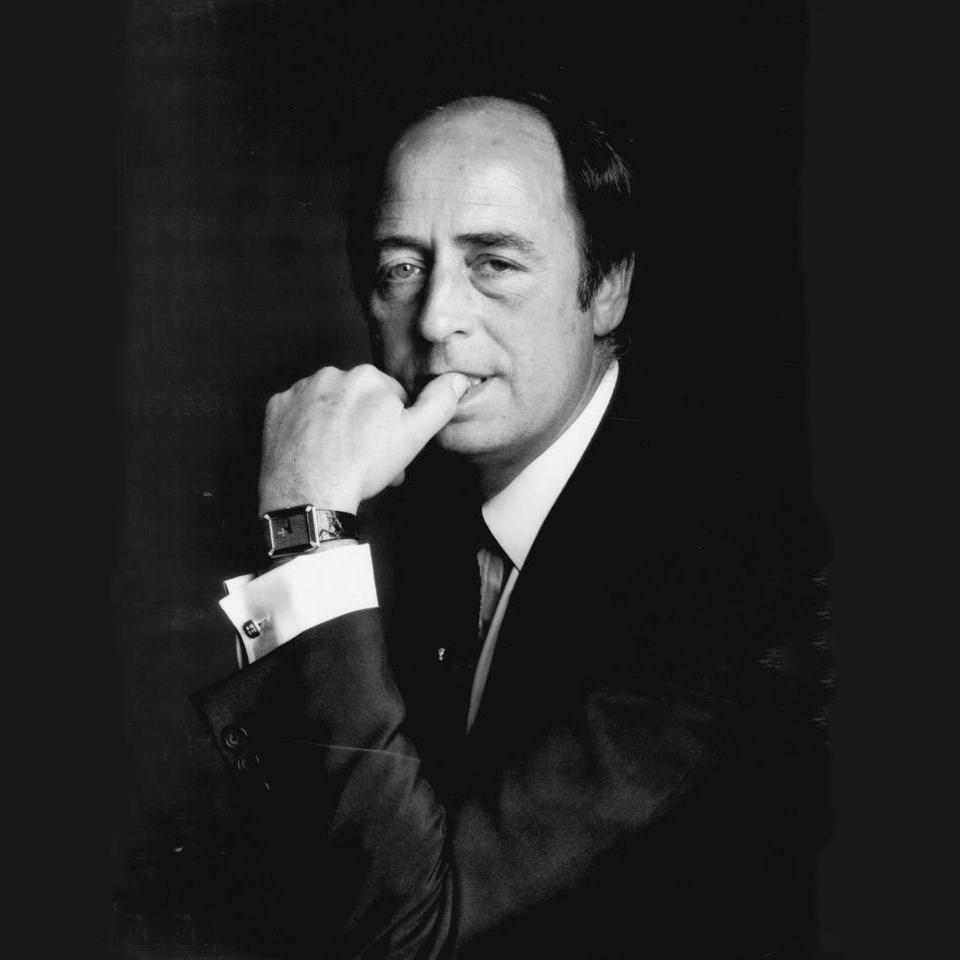 In his book Blowing the Bloody Doors Off and Other Lessons in Life, (available on Amazon) Michael Caine remembers the painful years of losing Doug to Alzheimers.

With Doug, for me, it was like he was walking out of my life over the horizon and taking three years over it. One day I went to see him in his flat above the shop and he was sitting watching television. ‘Hello, Doug,’ I said.

He turned, looked at me and said, ‘Hello.’ Then he turned back to the television. That was when I understood Doug was never coming back. 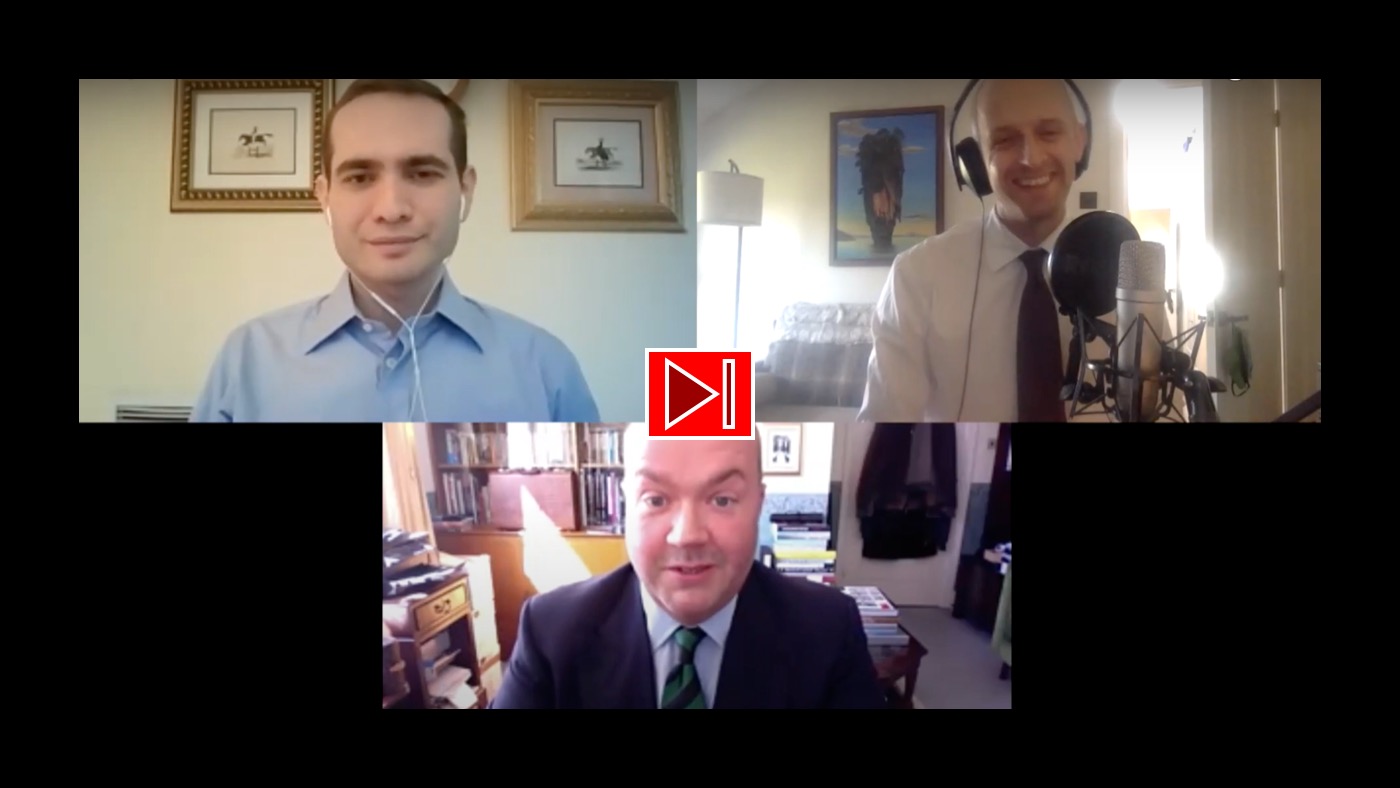 Click on image to watch Matt Spaiser, Jonathan Sothcott and I discuss Dirty Rotten Scoundrels and the magic of Doug Hayward.

What makes a Doug Hayward suit?

Matt Spaiser has written many articles on the Doug Hayward suits that he made for Roger Moore as James Bond. I asked him to characterise the typical signature of Doug Hayward and he said,

The soft shoulders. Haywards suits were very English in some ways but took inspiration from continental style in how relaxed they were. It wasn’t like the Anderson & Sheppard relaxed style, it was completely different. The single breasted suits buttoned very low. When I watch this film [Dirty Rotten Scoundrels] I just see that classic Hayward look.

By this time that low buttoning, the four button with one buttoning at the bottom, that was very in fashion at the time this film was made in the late 80s. – Matt Spaiser. 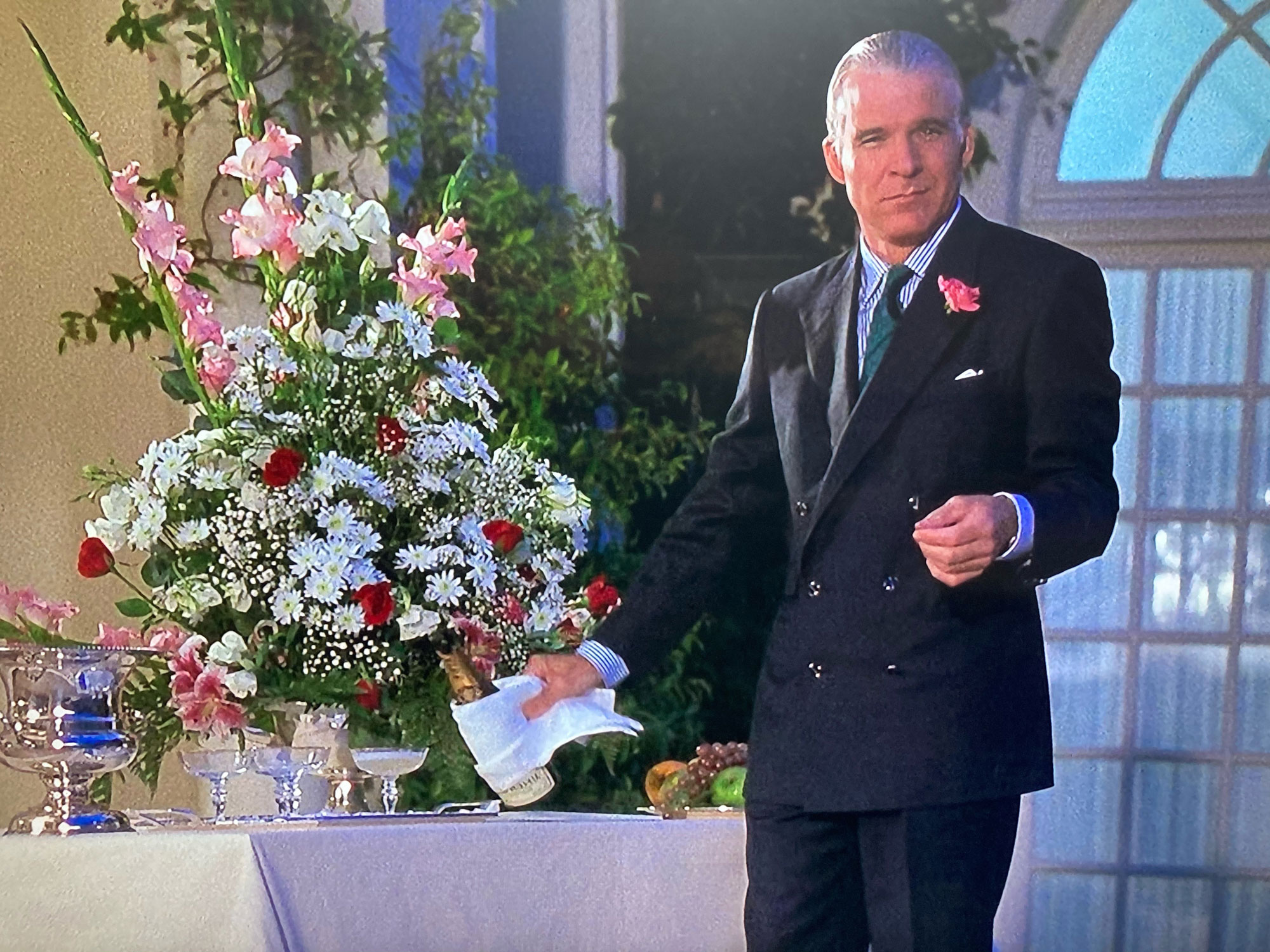 In an interview with Mark Cousins for Scene by Scene, Steve Martin describes the inspiration for the scene where he is being tailored to be a gentleman under the tutelage of Michael Caine.

Came from my stand up routine, one of my big routines was swathe guy.

Buy the movie or…

Steve Martin’s Stand Up comedy album, Comedy Is Not Pretty is available through Amazon. I’ve not heard the album so this is not a recommendation. Although I would certainly recommend the film, available on Blu Ray.

The podcast is available to listen in the player below or on iTunes, Stitcher or Spotify. You can also catch our chat on YouTube. Be sure to give Matt and Jonathan a follow on Instagram.

Some images and video clips within this post are the copyright of their respective movie studio. They are reproduced here under the Fair Use doctrine.