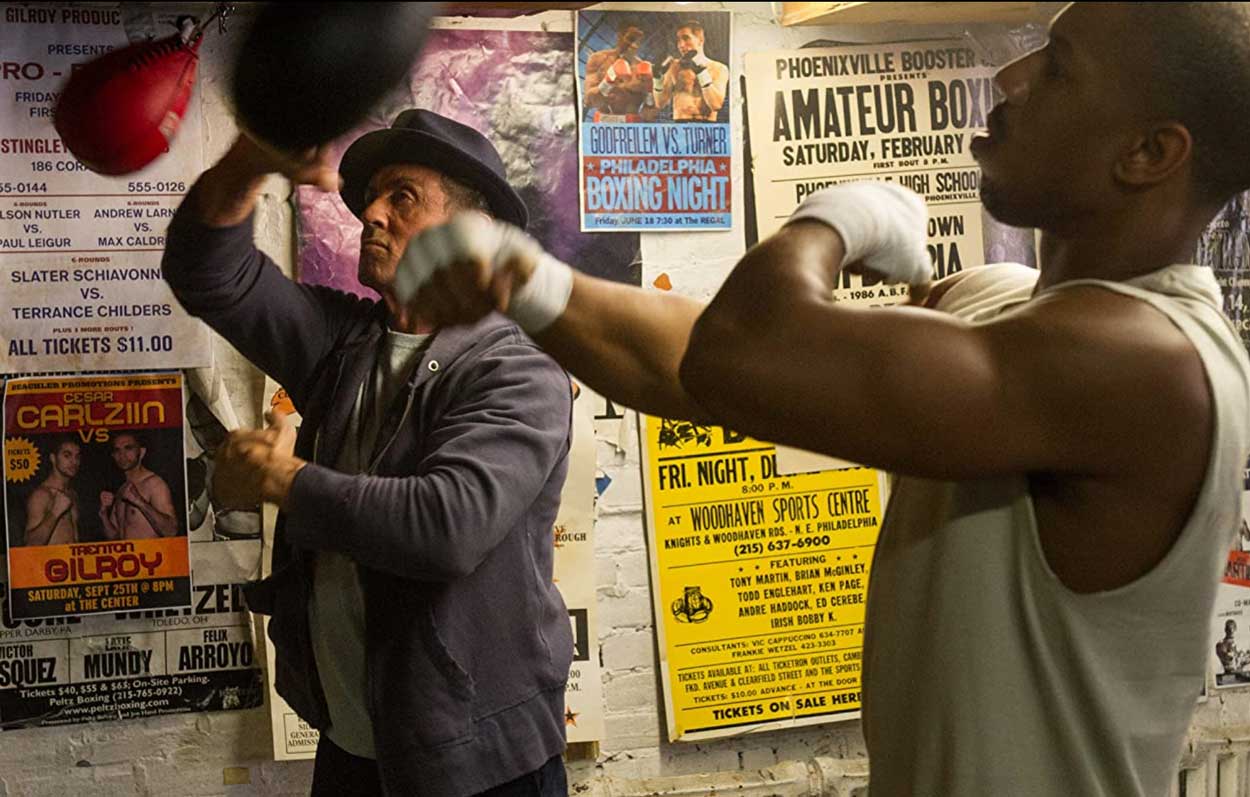 Filmography: All day and a Night, Superfly, Hold the Dark

I spoke to Antoinette Messam about what it was like to work on Creed. Here are some short excerpts transcribed from the interview which you can listen to on the podcast. (Links below). You can also catch a snippet of the interview on our YouTube channel. 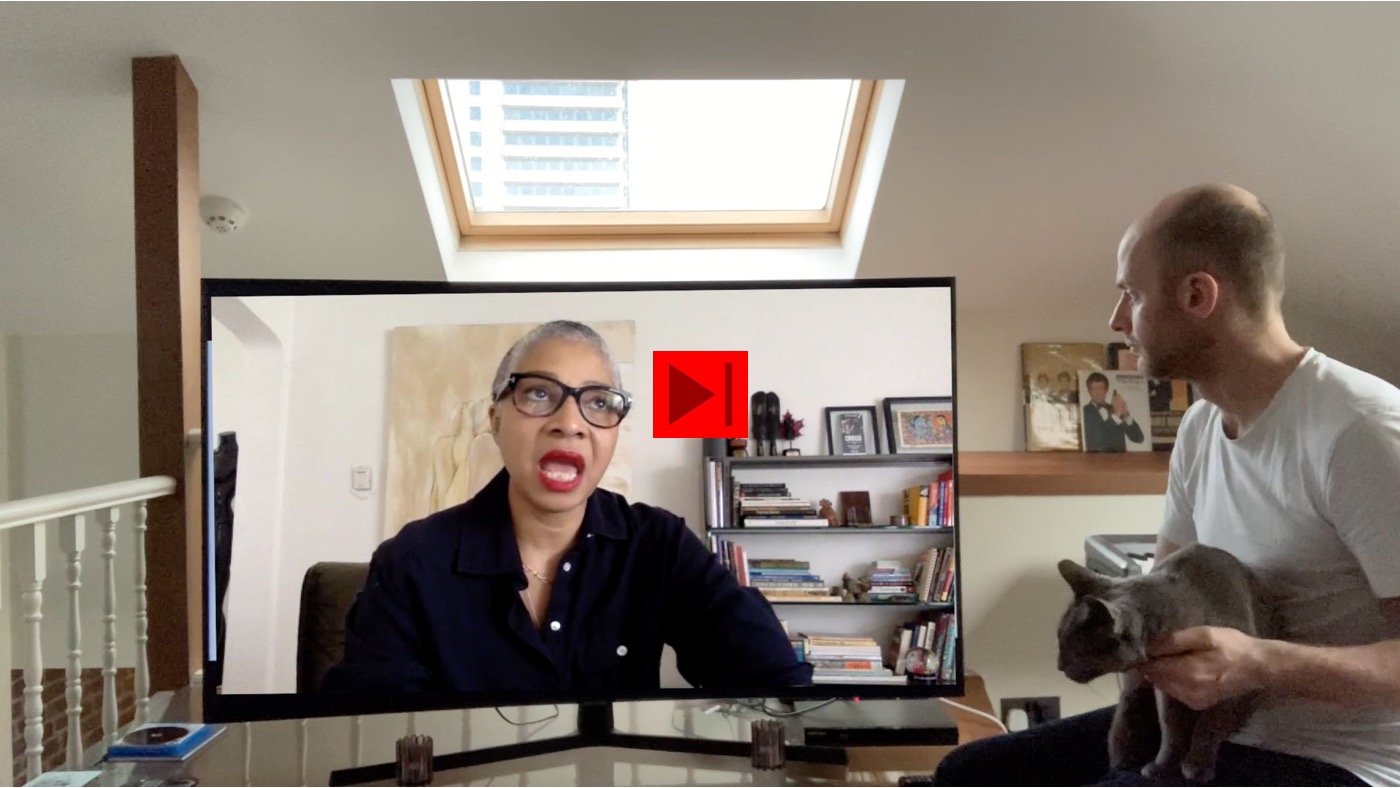 Can you remember fitting Sylvester Stallone?

His home is incredible it sits up on the hills you see all of LA for miles. His office has a view of that. Included in the memorabilia from his shows are his ceiling to floor artwork he does a little bit of his personal life a little bit of film life.

It didn’t hit me really until I started prep on the film late. […] I arrived at the airport and every variety coffee shop, souvenir shop, had Rocky memorabilia. And thats when I was like oh my god, no pressure. I’m making a Rocky movie. 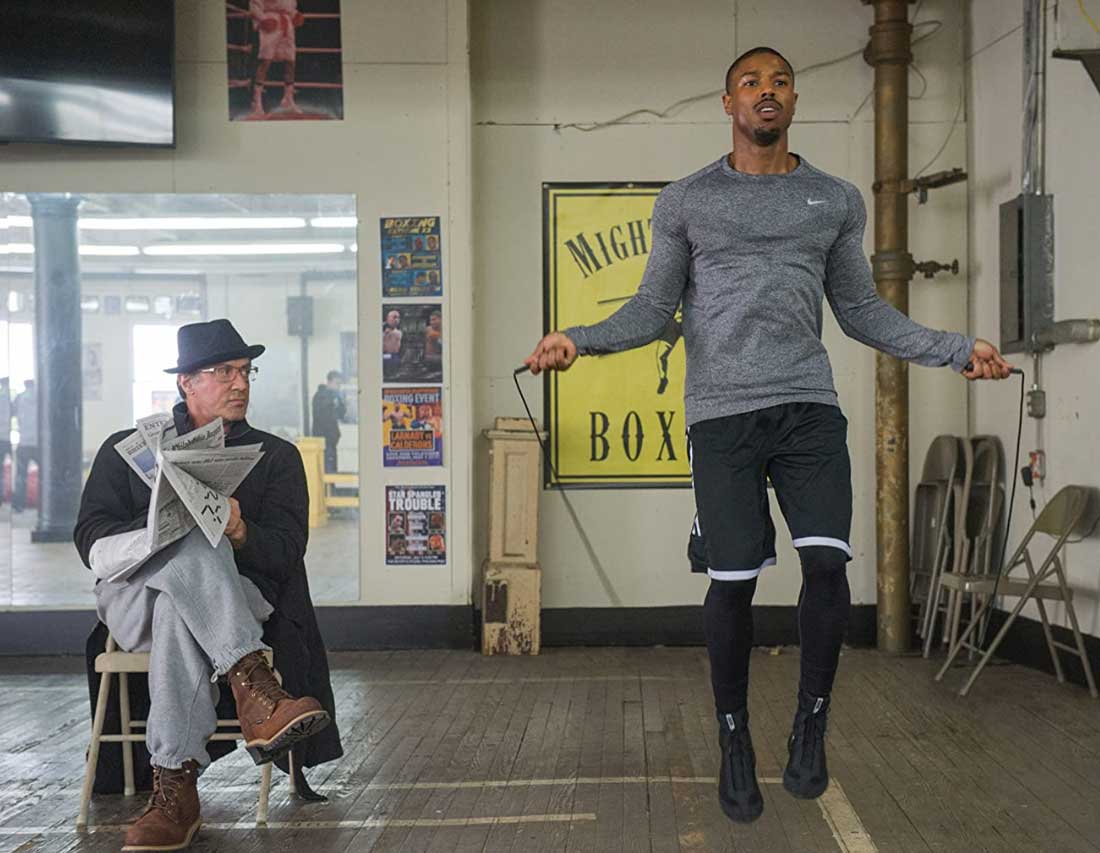 Were there any clothes repurposed from other Rocky films?

We copied the hat. It’s the same style but we made it new. […] He gave me the original fedora as a sample to make the new one. […] The jacket is the actual jacket. Thank you Western Costumes, its literally the same one. […] It’s the original from the last two Rocky’s, the last two that was done prior to Creed. (Rocky 5 and Rocky Balboa). 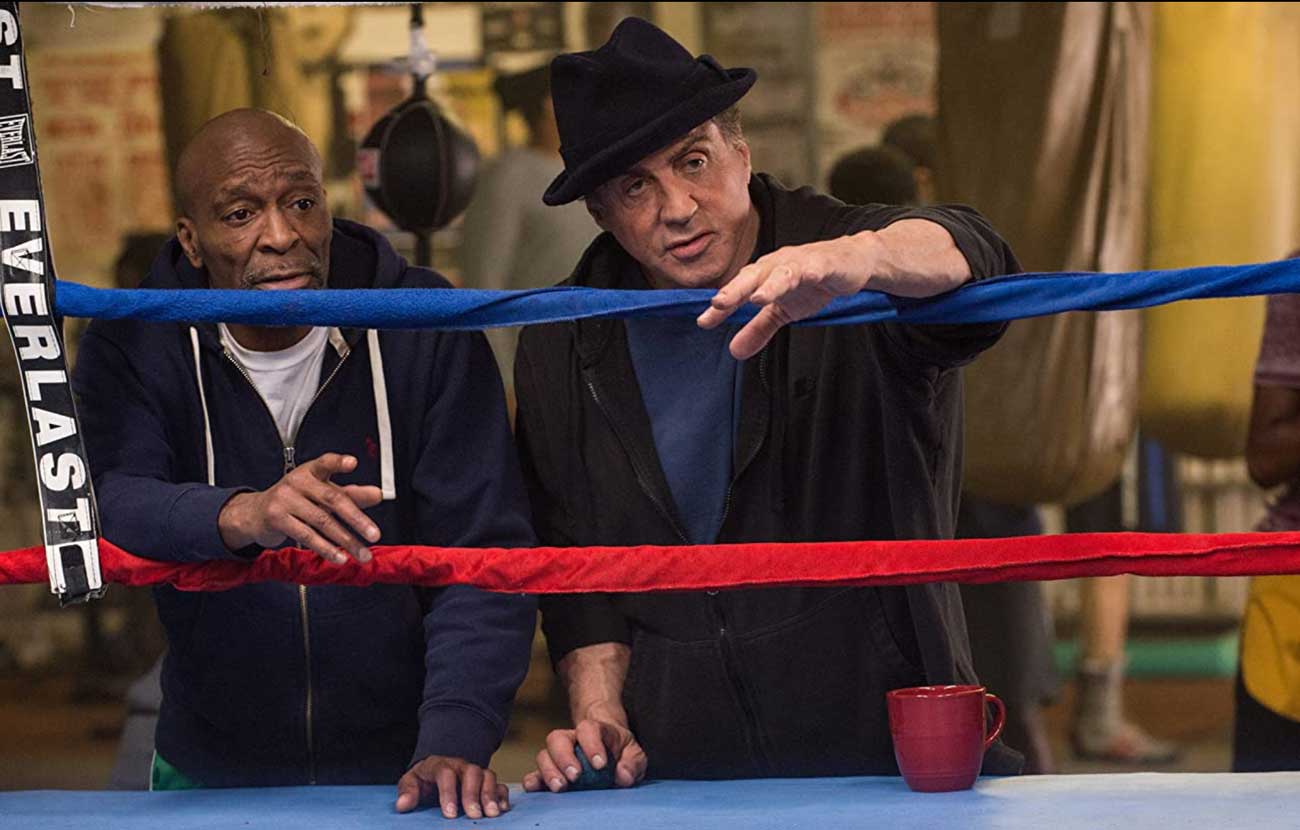 Who made the shorts?

The company in England that saved my life, if I can say thank you for the education and the speed in which they did do what they do, Tony Bellow introduced me to them, they do all his kits.

Susie Wong Creations – family owned business I worked with the daughter. The father and the other still work in the shop and they do some of the best kits. And kits are not just the shorts the robes, the warm up jacket. It’s everyone that is in the ring. It’s a stylised kit that they all wear.

That Creed short was first going to be black and white, because he wanted to be himself and then we eventually did the iconic like his fathers.

When that was approved and we got the sample in, and we got Michael in for the fitting in the shorts. It was a moment. It was going to be black and white originally, and I think it was MGM that came back and said, no.

What happens to the clothes?

Its owned by the studio, these costumes I’m  sure are in an archive at MGM, if they ever need to be brought out for an exhibit, if they need flashbacks etc.

Did individual actors and fighters have their own sponsorship deals?

Lets’ role back for a second, I had actual boxers on the film that had relationships, Michael Jordan rising star and then there is Mr Stallone.

Michael had a relationship with Nike and Jordan, he could only wear Nike or Jordan. He could wear no-name stuff, but he couldn’t wear Adidas for example.

And same with the fighter, Andre Ward he could only wear Jordan. Then my favourite UK boxer of all time Tony Bellow he has my heart for life. He is the sweetest teddy bear ever. He had a relationship with Under Armour so he couldn’t wear Nike. It went on like that so I had to be careful that it didn’t look like walking ads for these guys. 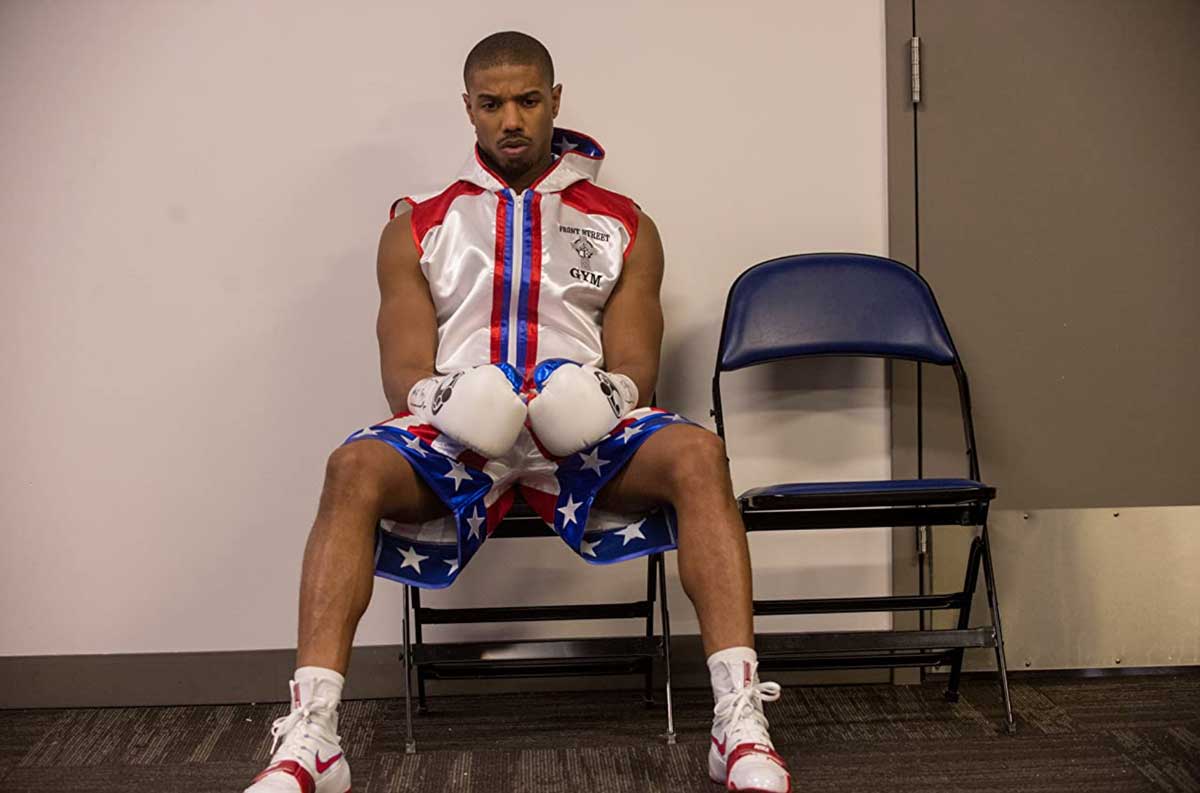 Do you have a favourite Rocky film?

Yeah number one then mine, in that order. (laughs)

The full interview with Antoinette Messam is available to listen in the player below or on iTunes, Stitcher or Spotify. Don’t forget to leave a review on your smart phone there to get a ‘thank you 007’ on the podcast. Follow Antoinette on Instagram here.

Huge thanks to David Agell at DDA Talent for helping to facilitate the interview.

You can buy the complete Rocky Saga Box Set on Blu Ray through Amazon. Or Creed 1 & 2 together in the link below.

My drawing of Michael Jordan as Adonis Creed in Creed.  Available through our RedBubble page. 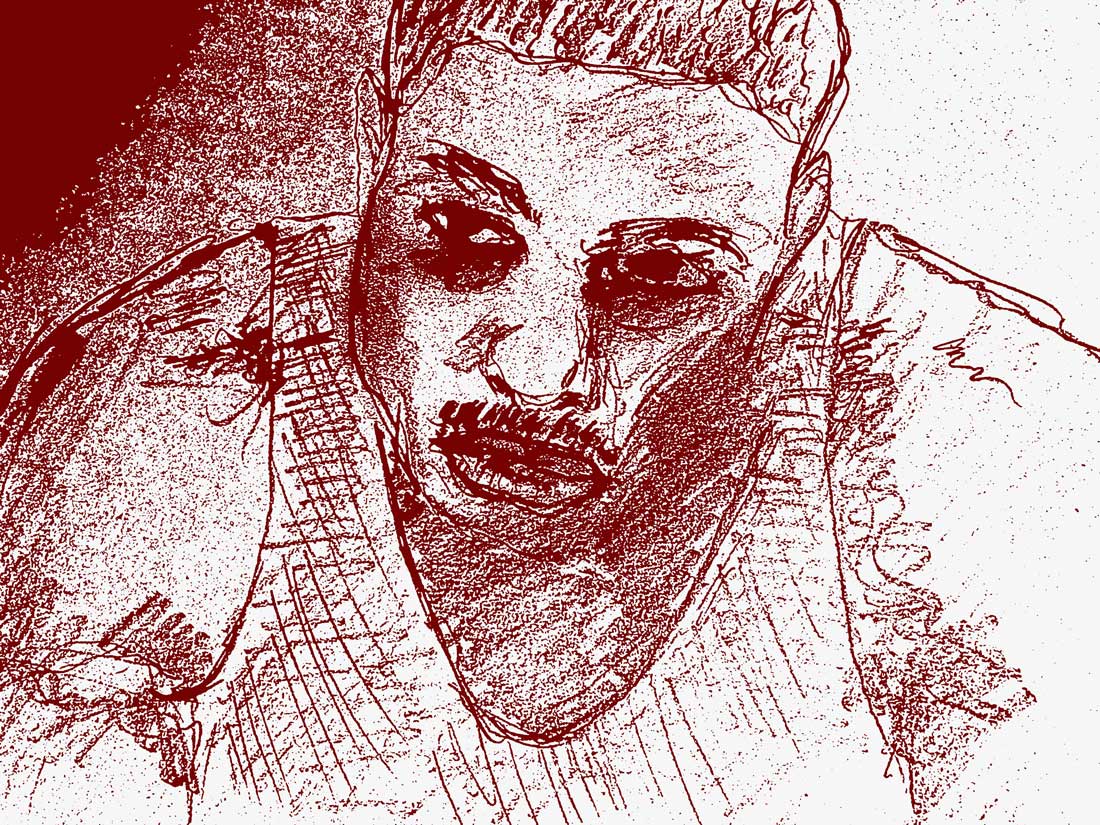 I mention this on Instagram from my visit to Philadelphia in 2019.