I was very fortunate to find real knitwear from the different decades in either costume rental houses or purchasing. 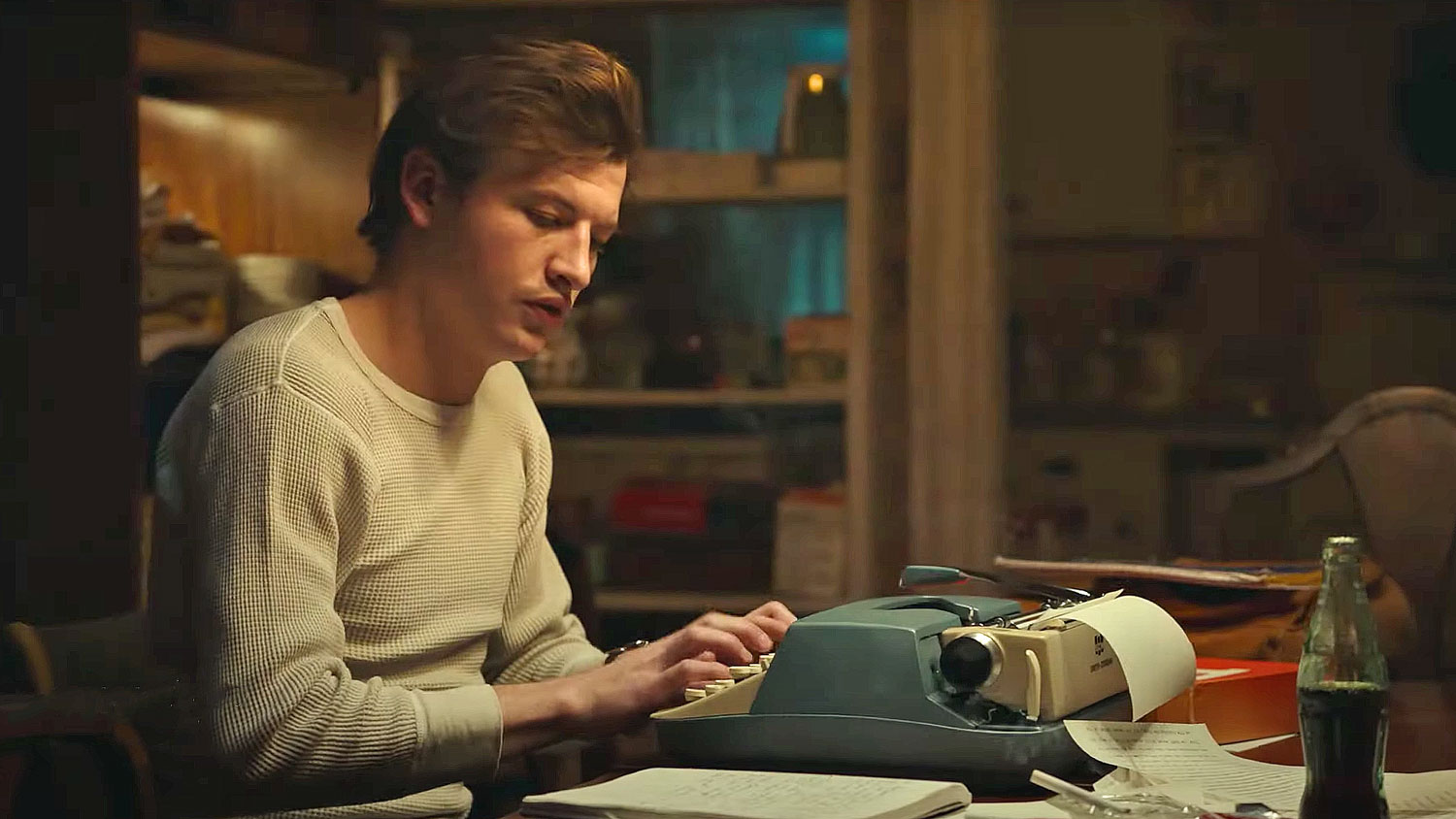 A film I’m very excited to see is The Tender Bar out in cinemas now and coming to Amazon Prime in January 2022. Unfortunately I won’t have time to catch this in the cinema before Christmas, and at a glance I couldn’t see any listings at my favourite cinema, The Everyman on Baker Street. However, The Curzon have listings which you can find here.

The Tender Bar is based on the book of the same name by JR Moehringer and has been described as an evocative portrait of one boy’s struggle to become a man, it’s also a touching depiction of how some men remain lost boys. I caught up with the costume designer for the movie Jenny Eagan. Many of you might know her work from Knives Out, the style of which we discussed at length on episode 76. You can check out the show notes here breaking down some of the killer looks. Thanks for your time Jenny and I hope to speak to you in the New Year.

PB (me) How much preparation time were you given for The Tender Bar? Looking at WIKI filming began fairly swiftly after the cast was announced?

JE (Jenny Eagan) The best thing about working with Directors and Producers again, is there is a comfortability and an ease so I am fortunate to get the scripts earlier than I actually start. So I had known about the project for some time, but actually started much closer to filming. Fortunately I was able to research the script and be prepared so when we actually started I was ready to go. We had about 6 weeks or so of prep, but because it was still in the middle of Covid many of the cast didn’t come in until very close to when they were shooting. It was tight on some cast members, but as always we were very prepared for that. 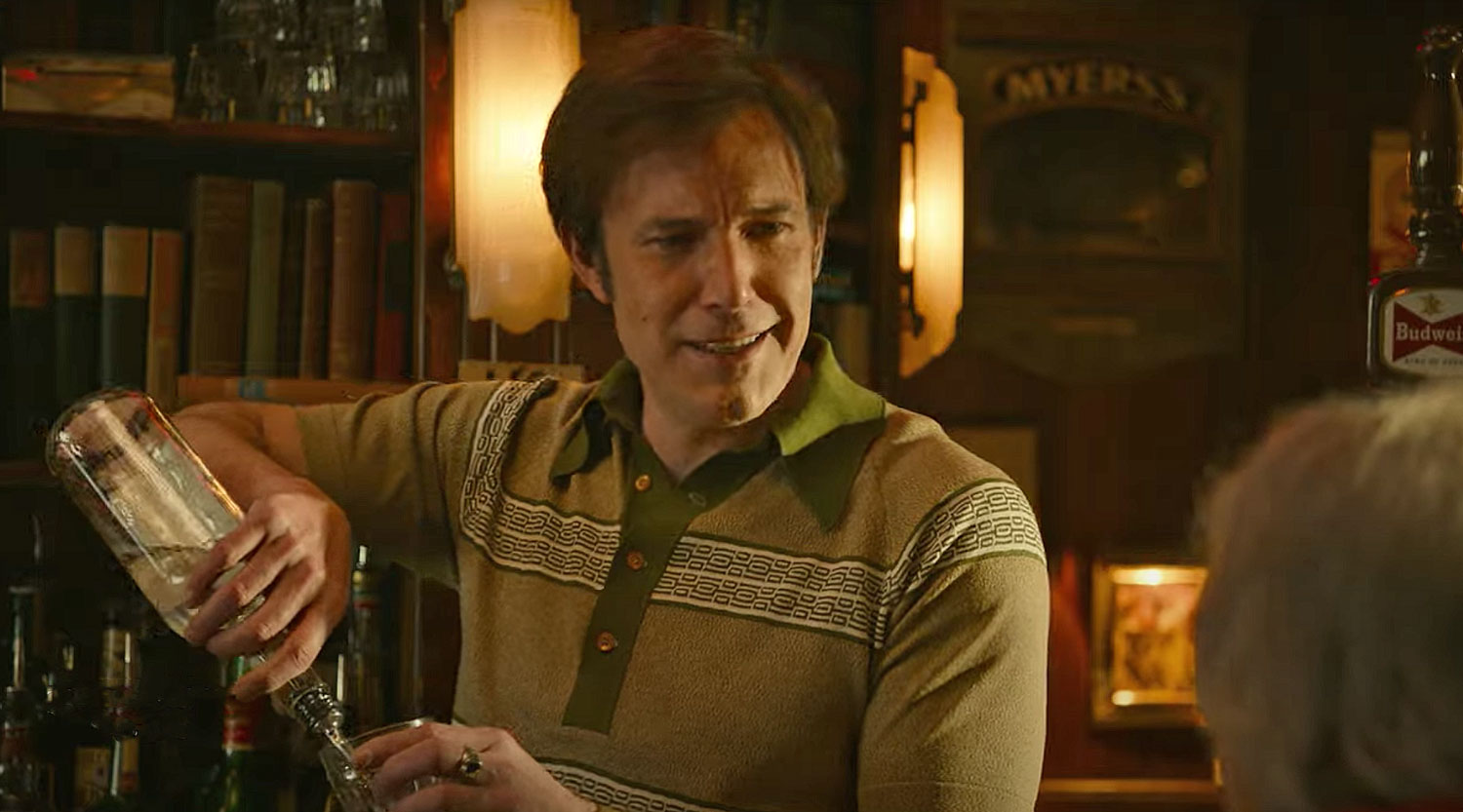 PB: Can you remember what those early conversations were like with the film’s director George Clooney and the principle cast members?

JE: I have worked with George Clooney a few times before so we have a nice shorthand. Also this script was very well written and described the story so well, you could see the characters on the page. I put together a general idea with research and small details. We discuss that and if he has specific ideas for any particular character. It is also difficult to specifically create costumes before an actor is cast. The character always comes once someone is cast. Everyone is different and how they might approach the character is different.  I had such lovely conversations with the cast.

The fittings were so much fun as everyone was so excited to be a part of the film and to be going back to work after everyone had been off for so long.

A lot of times the character really comes alive in the fitting room. I may have an idea where I think the character should go, but I also find a lot that I will try something on that I don’t expect to work and it just nails it. Then you have a key piece to really build that character. Maybe a pair of shoes, a coat, a fit of jeans, just sparks something and you have a direction. It may not be what we originally discussed or anticipated but feels right when it happens, my favourite part when we get there. 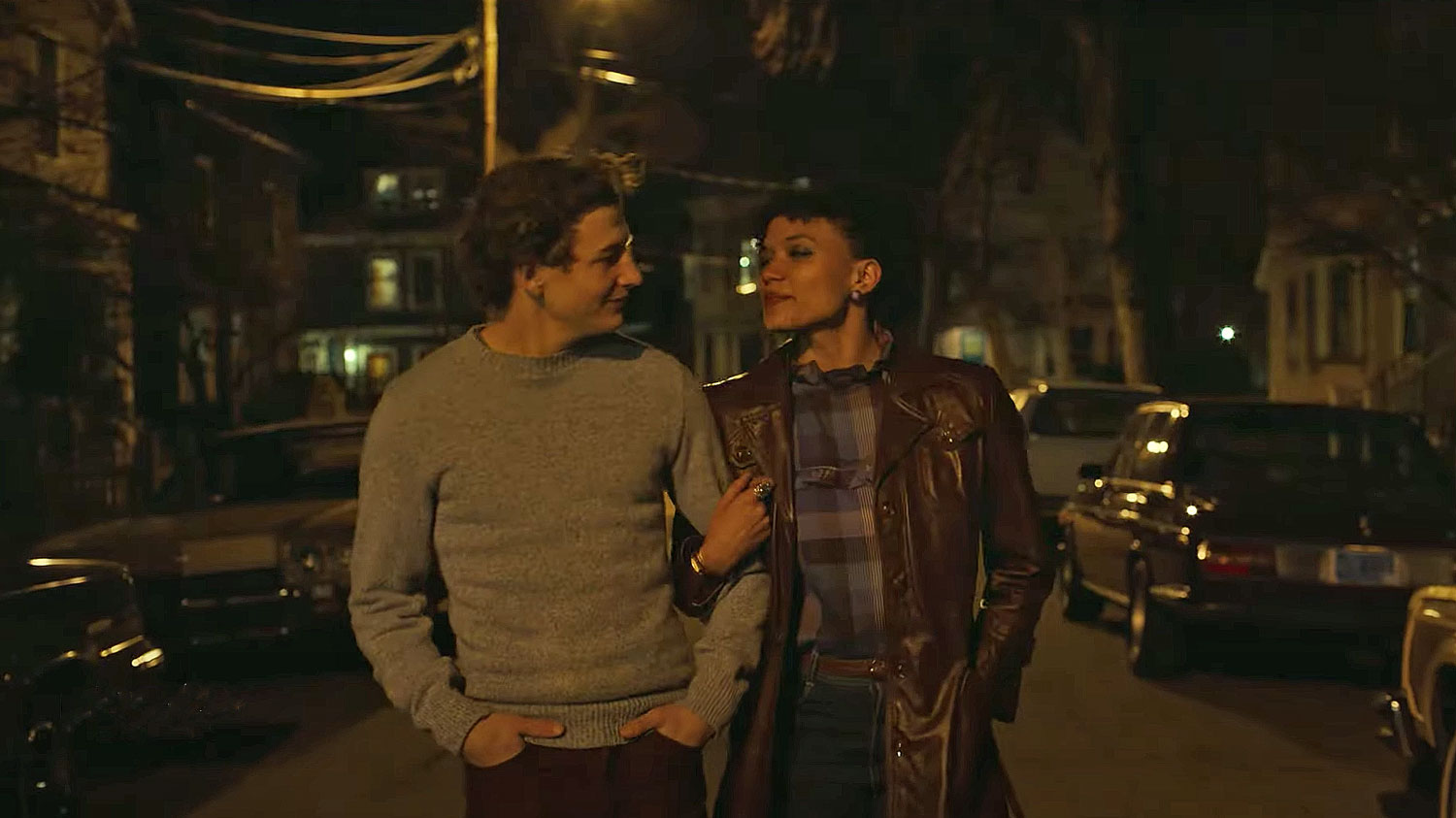 PB: This being a coming of age drama I’m guessing you had to costume for different decades. Does this present more challenges for you?

JE: I love doing period films. I love discovering new decades and finding the clothing out in the world. Each period is different and fortunately this was the 1970’s and 1980’s and there seems to still be quite a bit of clothing available. Whereas 1920’s – 1930’s is very difficult as the clothes themselves are falling apart. So you have to build a lot. For The Tender Bar, I had to build a lot of the Young JR clothes as when they are young like him, there is a photo double most of the time and he needs the same costume.

It poses a problem to find children’s clothes in general and then finding multiples on top of that is really hard because kids back then really wore their clothes until they fell apart or handed down to siblings so they just don’t exist anymore. So I built his clothes and that is so much fun. 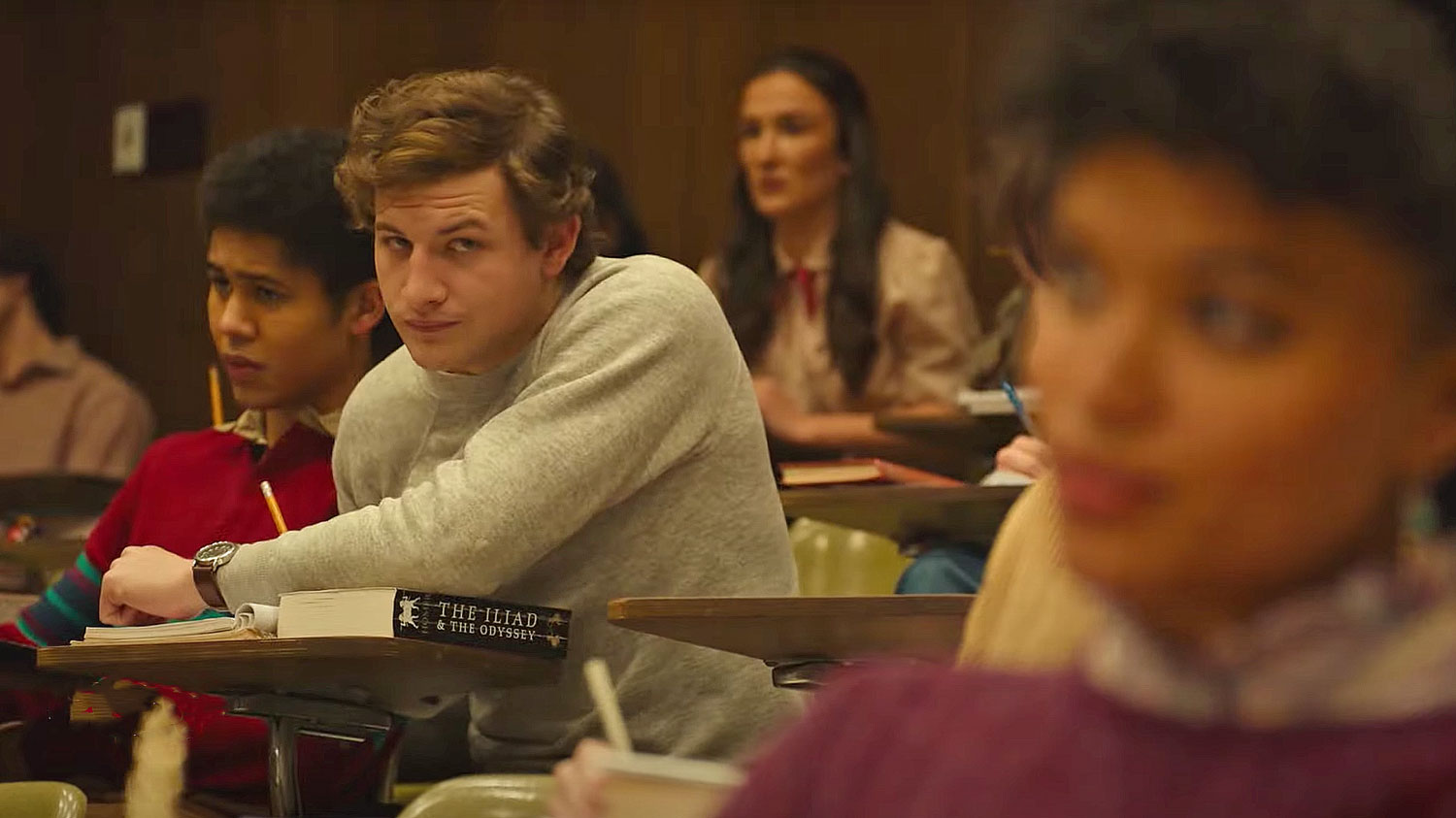 PB: I love some of the vintage knits seen on Ben Affleck’s character Charlie Moehringer. Were these sourced or specially made?

JE: Thank you! I love knitwear and I thought for Charlie for both decades it was just a perfect fit for the character. I wanted to really distinguish a difference between the decades but I also wanted to establish that there was a comfortability about the character that even in his bravado there was a kind and very loving person. I was very fortunate to find real knitwear from the different decades in either costume rental houses or purchasing.

PB: I’ve heard through different costume designers, that actors sometimes bring in clothes worn by their elders if it’s a period piece film. Did any of the cast bring in their own clothes?

JE: Yes sometimes actors will bring some pieces of their own that inspire them somehow for their character. It is always such a wonderful addition and makes me so happy. On this film that didn’t happen, but every actor talked about their life at that time, what their family was like and their experiences so that always helped drive the character as well. 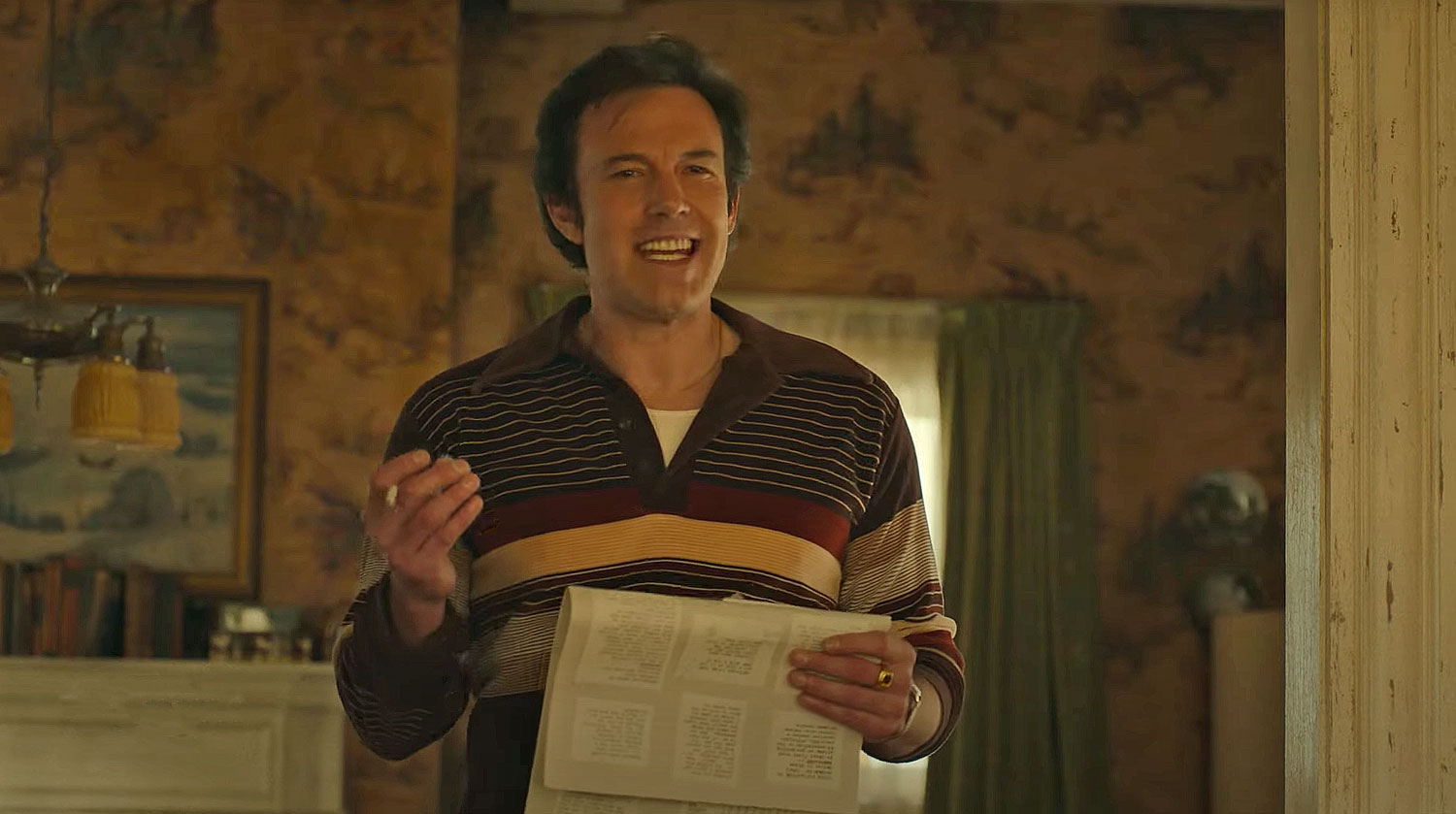 PB: Did you ever consult with the author the book The Tender Bar, the real J.R Moehringer for inspiration?

JE: Oh that would be amazing. Unfortunately no I was not able to meet him. I have so many questions though, I really connected to his book.

PB: I also love some of the crew knits and the neutral colour palettes worn by Tye Sheridan as the future J.R Moehringer. I felt these were actually really mature pieces and classic staples that can be worn by someone of any age. It gave him a timeless look I thought. Was this purposeful?

JE: I was hoping to capture a sense of maturity in the character’s costumes because he was so influenced by all these men surrounding him and ‘bringing him up’ if you will. I wanted to give the idea that it felt timeless and the influence of the gentlemen he looked up to influenced him in clothing as well as the advice they were giving him. He didn’t have money so I felt dating him a little would make it feel like everything was brand new like his more wealthy friends he went to Yale with. 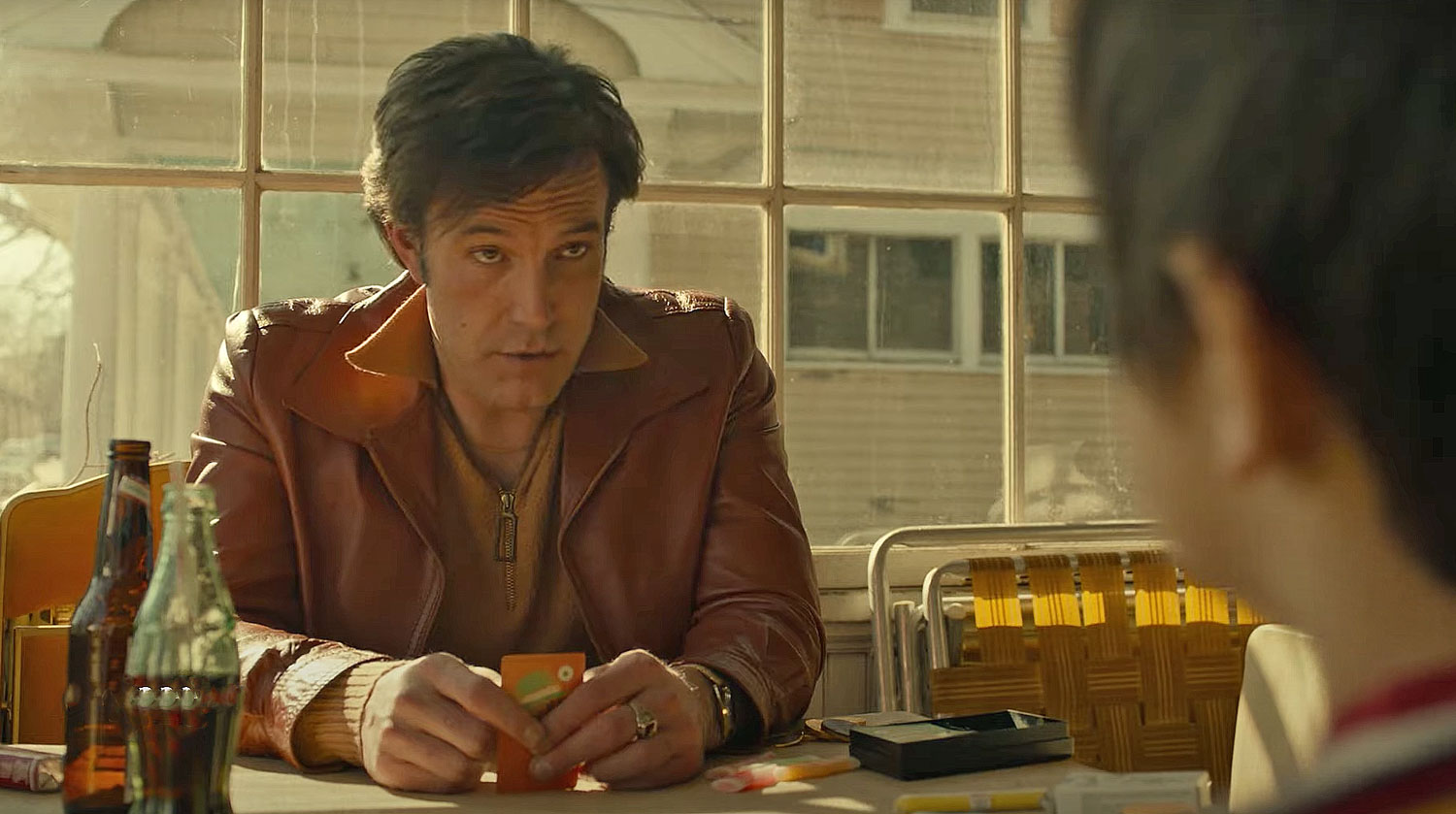 PB: Without wanting to giveaway spoilers, how did you use costume to show the character arc of both Charlie Moehringer and the future J.R Moehringer?

JE: I might have answered this one a little in other questions. I wanted the costumes to be subtle in this film. The characters were so rich on the page and I didn’t want their clothes to distract. I wanted to keep it very generic in both the 70’s and 80’s. I purposely back dated some characters and background actors. As we see in real life not everyone is on trend, especially as we get a little older and comfortable, we don’t always buy the latest and greatest. These characters are very real people that have real jobs so I wanted it to reflect that in the clothes.

The bar was a special place for JR and he learns so much there from everyone and I want it to feel that this place was different from the world he would soon encounter by college and wealth.

I think it is really important to keep consistency with a character that spans decades, especially someone like Uncle Charlie, who after all these years still lives at home, works at the bar still, has the same car, etc… So his life has not evolved which I think is rather comforting when JR comes back so much while he is in school. Uncle Charlie, his real family and bar family are the people that he can always come back to and trust.