Every day was different. It was one of the best times in my career, I’ll be brutally honest. 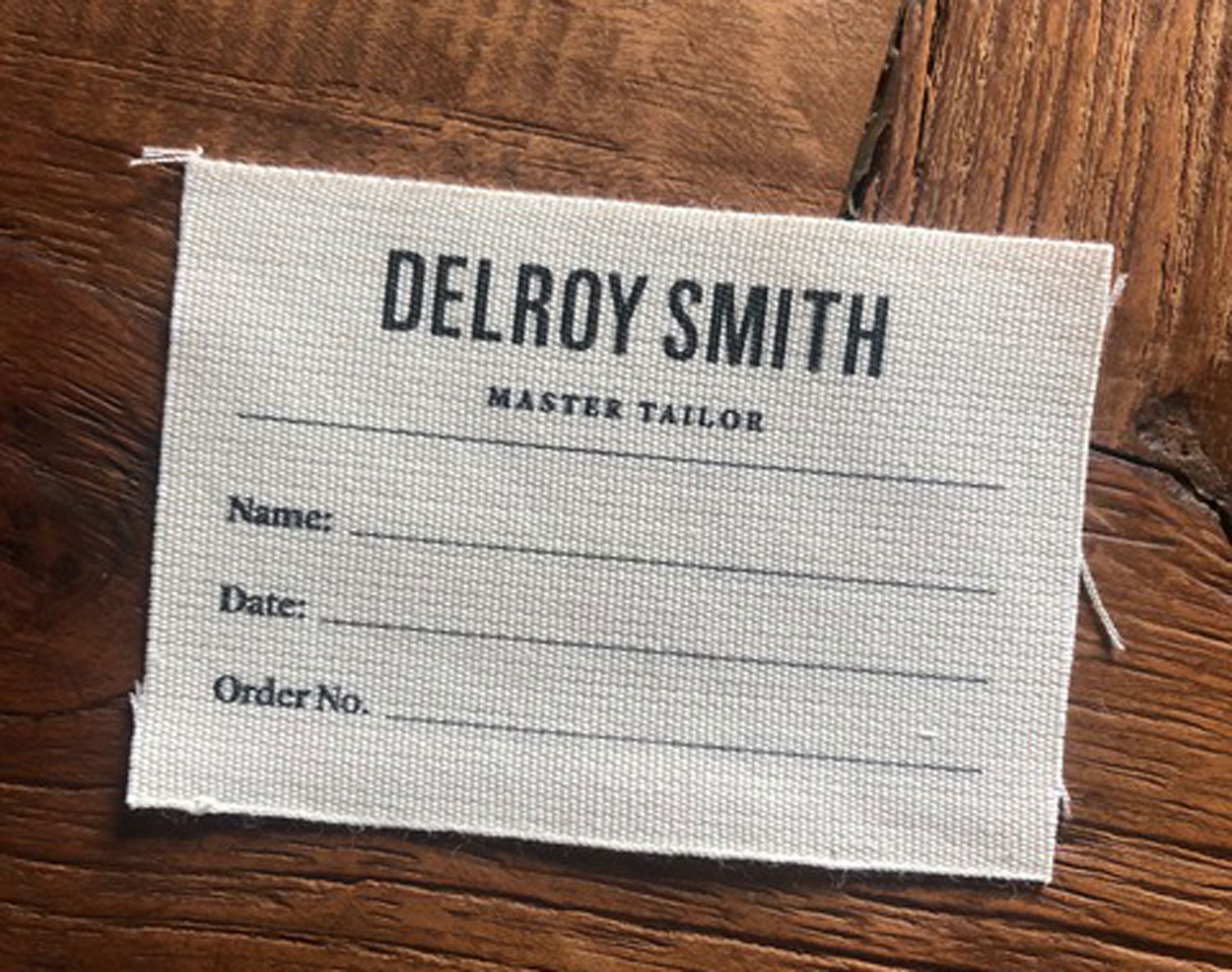 I spoke to Bespoke tailor Delroy Smith who worked with Doug Hayward for ten years. Douglas Hayward made the suits for Roger Moore in his last three Bond movies, For Your Eyes Only, Octopussy and A View to a Kill, as well as some other films previously discussed on the show such as The Thomas Crown Affair and Dirty Rotten Scoundrels. (Available on Blu Ray).

Below is a few transcribed moments from my chat with Delroy Smith and co-author Matt Spaiser of Bond Suits. 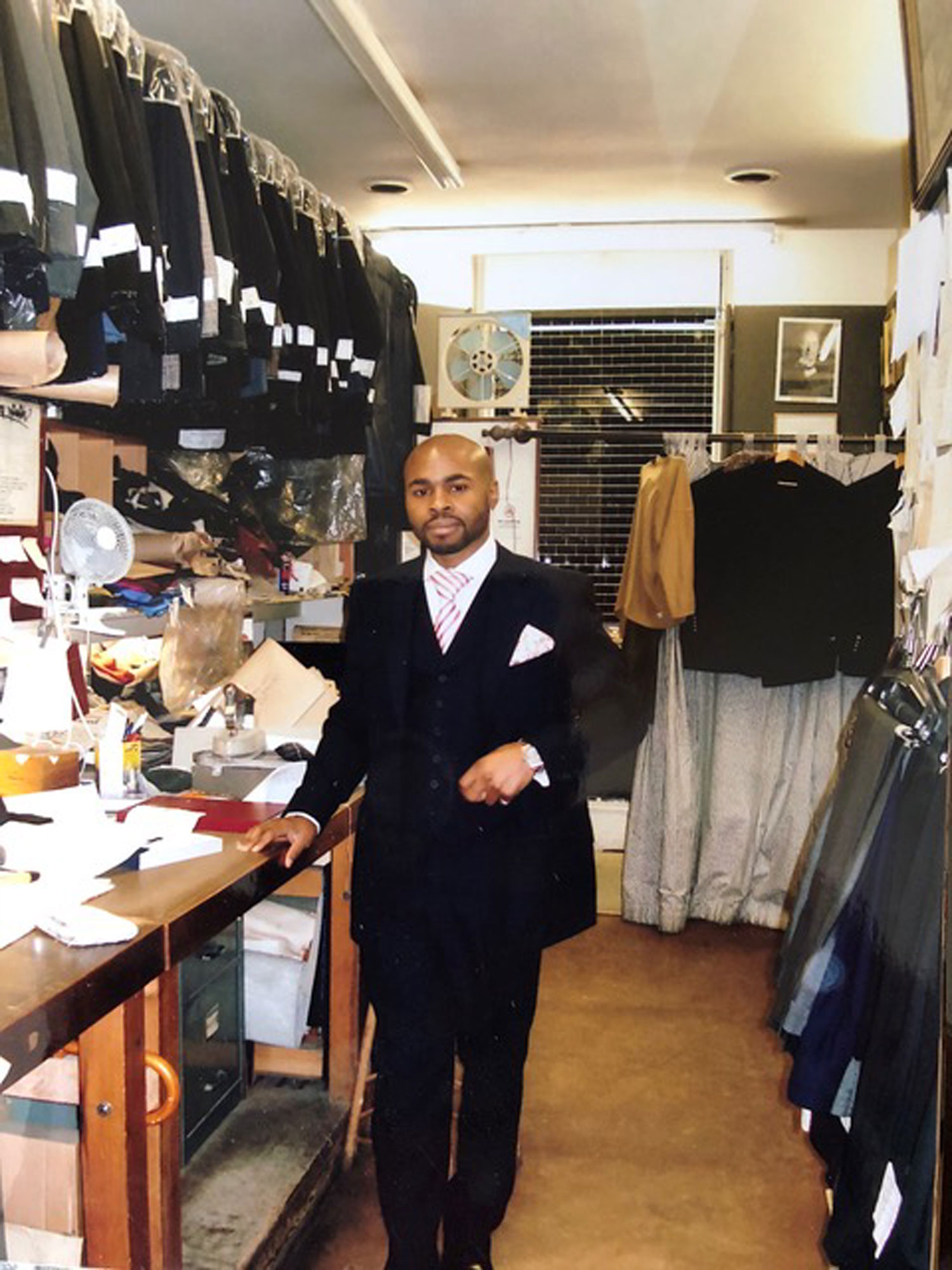 Please Delroy, an introduction to you.

I’m Delroy Smith I am a master tailor. A brief history; I started off being trained by Doug Hayward. I had a tailoring background prior to that I was at a company called Costello and Son which were more military based and theatrical tailors. Before that I was at London College of Fashion for two years, doing bespoke tailoring all made by hand. I’ve been in tailoring for 30 years.

How long were you were working for Doug Hayward and during what time?

I was with Doug Hayward for 10 years. I started in 1991-92, and that’s when my education started. There I learned everything from style and how to work with customers. High end customers, his (Hayward’s) client list was up there. That was a great insight in the real world of west end tailoring. At that time I underestimated what Doug was about. I’m a 3rd generation tailor, I grew up around tailoring but it didn’t click with me as a kid even in my teens. I was always around sewing machines, cotton and cloths pattern and things. At 19 the penny dropped, this is what I wanted to do. 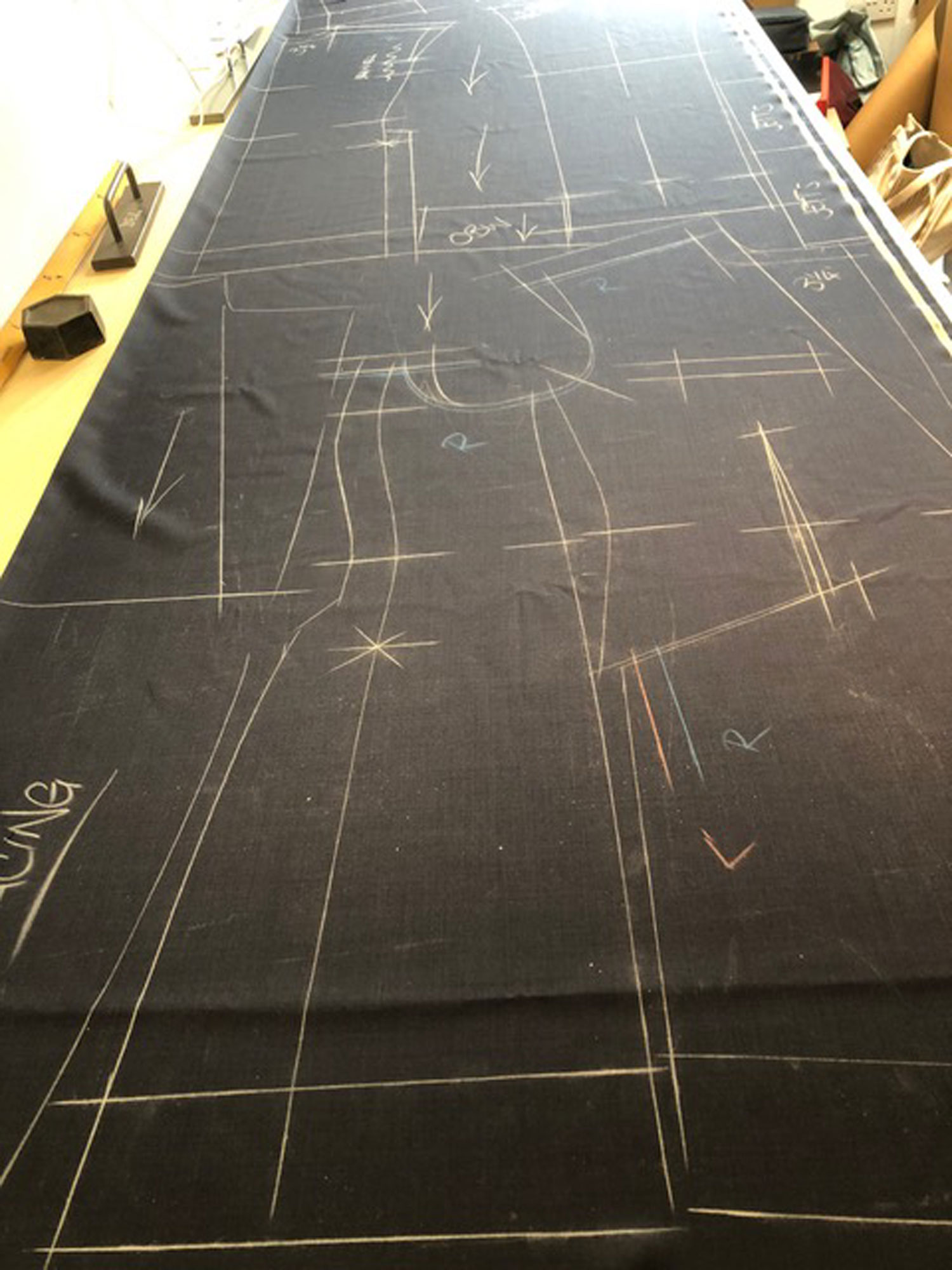 What did you learn from working with Doug?

He taught me a hell of a lot. From cutting patterns to fitting to getting work out the door. And this was a time when we were taking a lot of orders, we were busy. Watching him everyday was a blessing, a real eye opener. Doug came from a generation of tailors where it was stiff and military. Doug couldn’t get a job working in Savile Row. He couldn’t conform with the way of doing things in Mayfair then. They aren’t what they are now. They had frosted windows, lot of wood brass, everything navy blue black, grey very old school and he didn’t slot in well with that. 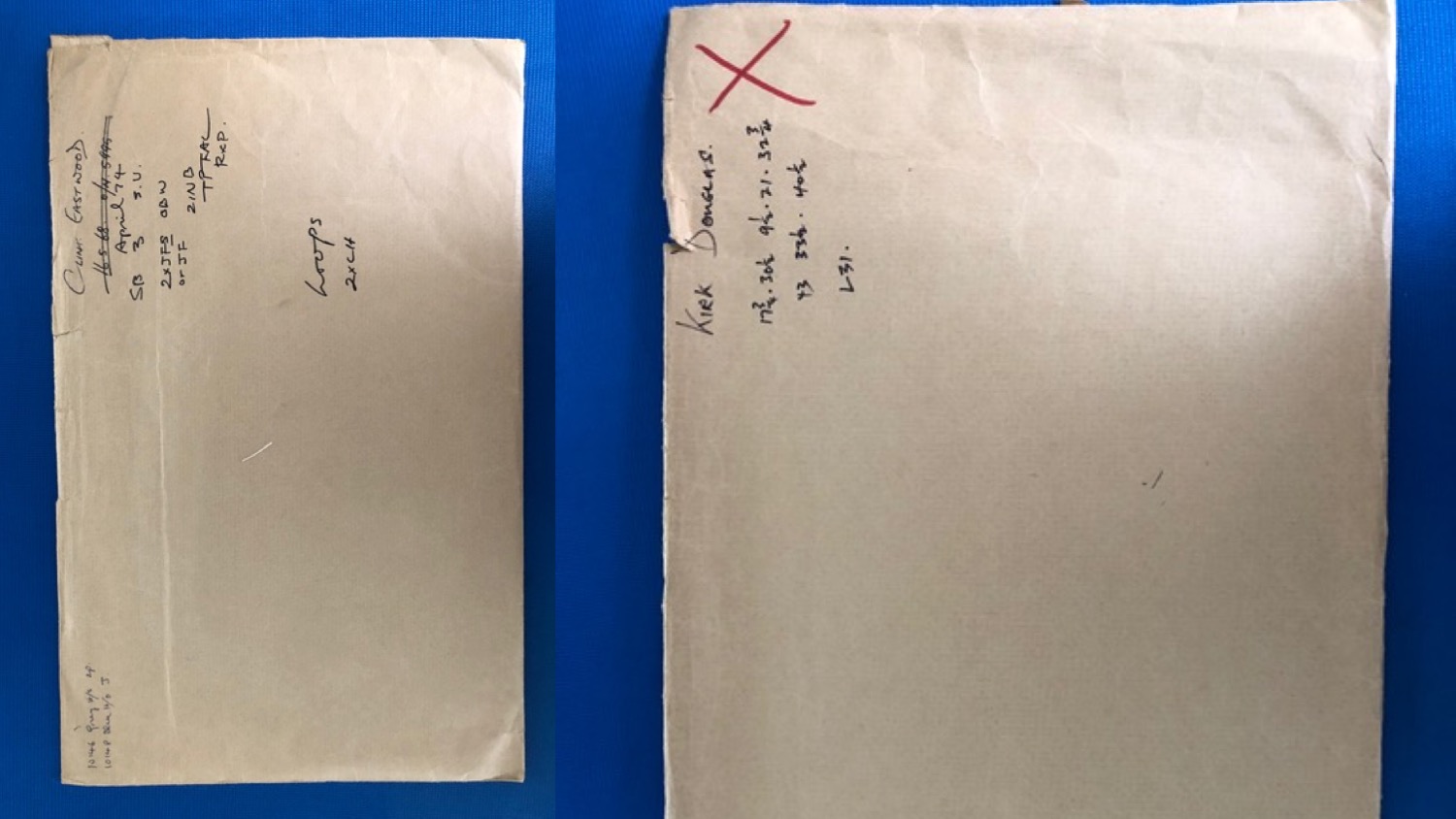 I heard it was a very relaxed atmosphere to work in.

So he was very relaxed, and that’s what I learned. Have a laugh with customers. He would embrace you, he would find some little thing, to have a laugh with you. What I found out, is that the customer then becomes relaxed. You then get a better judgement of how that suit will fit if the client is relaxed.

He was a natural salesman, he was a salesman in Stamford in Shepherds Bush. He was gifted at speaking to people and making them feel relaxed. We had a service we had Audie Charles at the front always lovely and welcoming. But when the customers came backstage where myself and Les (Haines) was, in other tailors they didn’t allow you to the back. You only stood in the front. Didn’t allow you back where stuff was being cut, recut, alterations, you were never around that environment. It was an open shop. 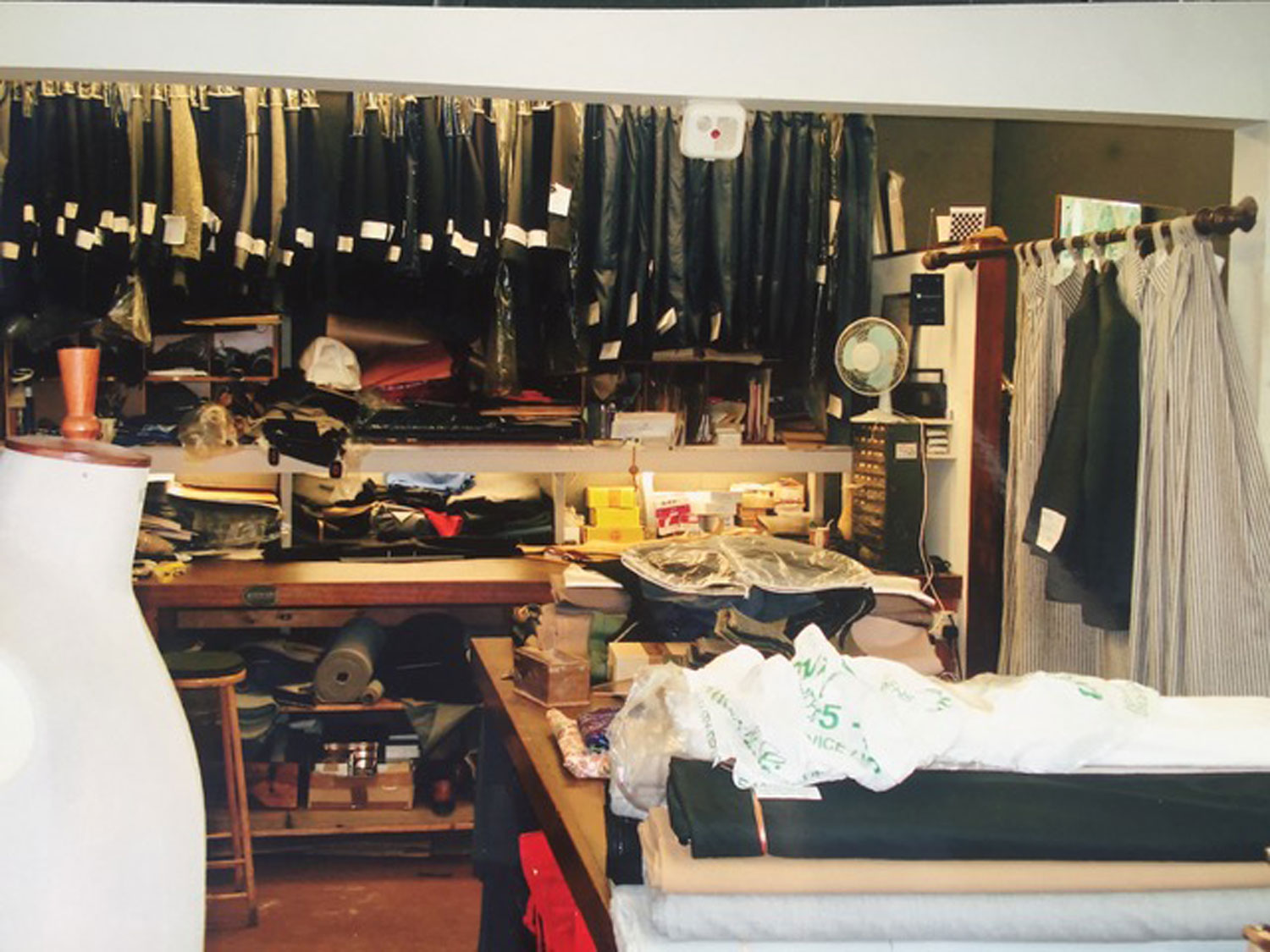 Can you describe those details and what made a Doug Hayward suit special?

Going back in history, Savile Row at the time when Doug was starting out in Mount Street, the notch and the lapel shape was much lower. The gorge line was a lot more sloping, the belly on the lapels was a lot more rounded. Doug was higher, the gorge line was straighter and the belly was straighter. A lot of that is what you see now because it’s been copied and adjusted. Doug had a very Italian influence in what he did. Because he used a lot Italian tailors when he started in ’66. 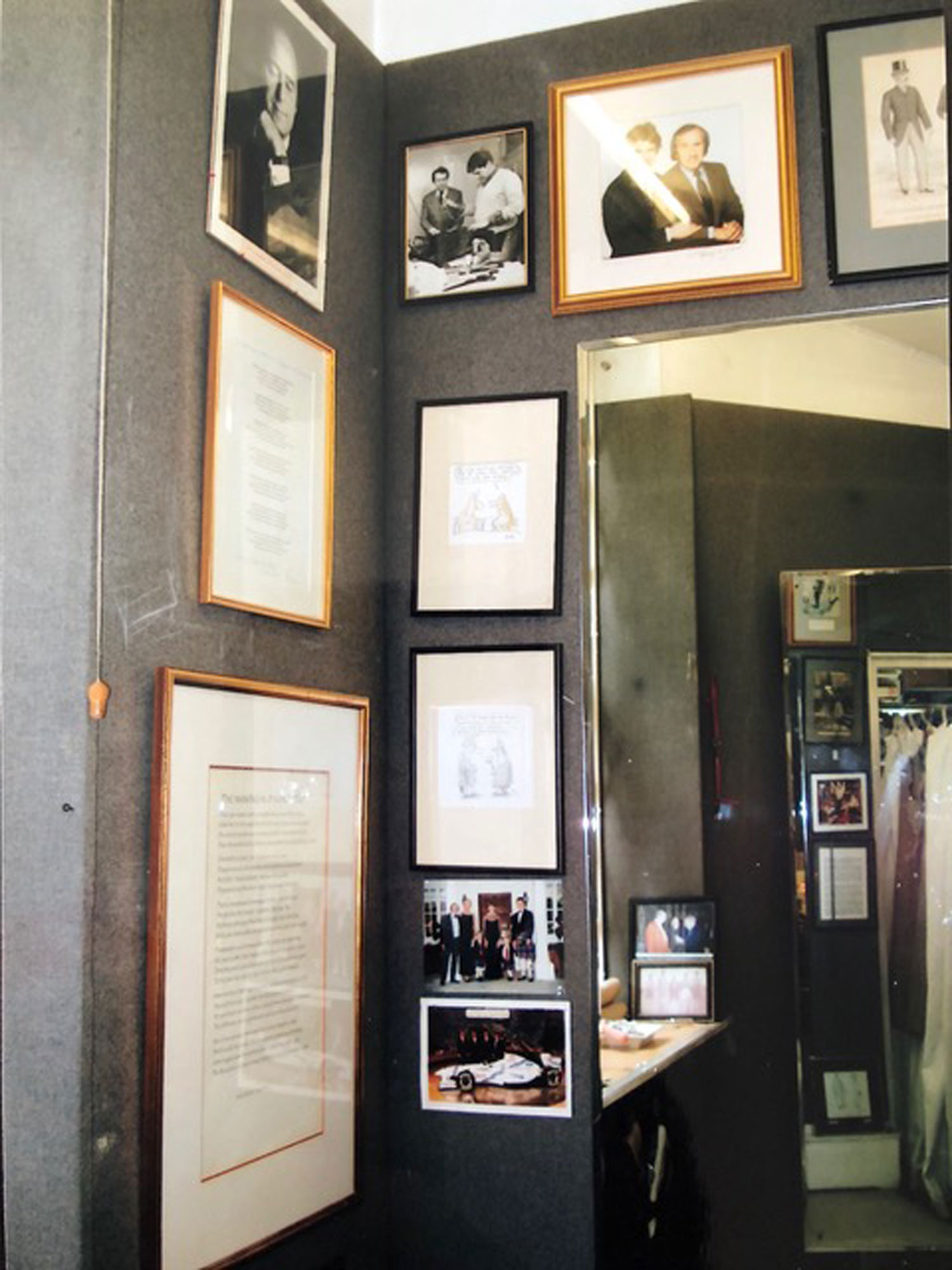 Can you touch upon those special days when stars and celebrities would walk through the door.

Every day was a special moment. It sounds weird. I’m not showing off but everyday someone a public figure came in. That British Style Genius video, that scene with Roger and Michael, that was a true situation. Someone would come in I’d put my head around the screen I’d be like oh there is Ralph Lauren, or Joan Collins. Every day was something different.

And what are we up to nowadays Delroy?

Because of the pandemic I’m currently working from home. I have my own tailoring house now. I have left Kilgour, working for myself now, doing now the Hayward style bringing that back. Flying solo. It’s been a dream since working with Doug. 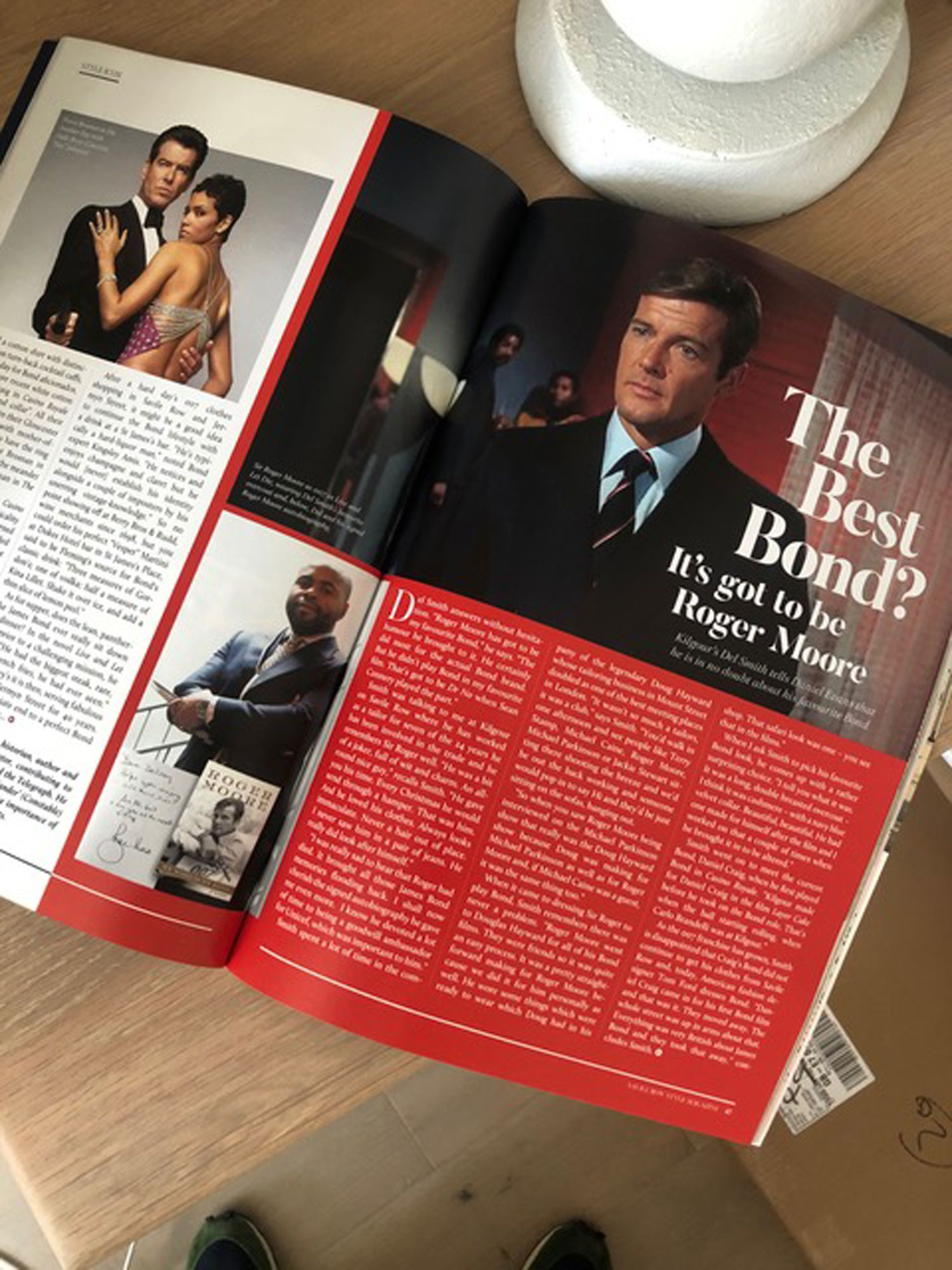 With thanks to Delroy Smith for providing the imagery to help bring context to this article. Delroy can be found on Instagram and website soon to follow. Delroy shall be having regular Trunk Shows in NYC, L.A and China as soon as we can travel again. So the Hayward cut can be experienced and appreciated internationally. Bringing back the Hollywood glamour that Doug never really got enough credit for. The legacy continues…

Matt Spaiser has written an article breaking down a Doug Hayward suit over on his blog Bond Suits.