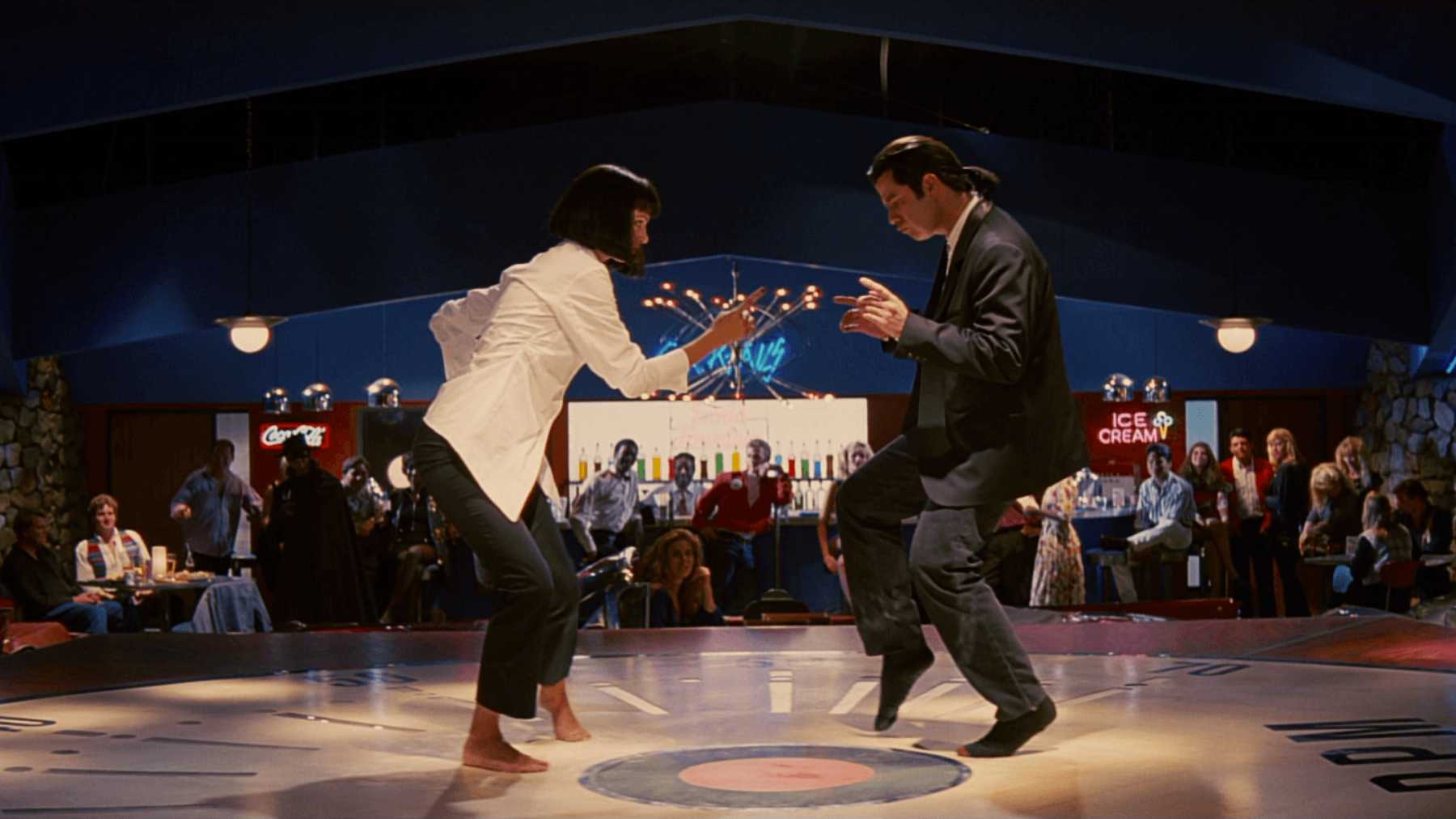 Without ever owning a shred of Armani, Armani has been present throughout my life. He has clothed many of the heroes and antiheroes that made up the iconography of my youth.

Whether it’s Jack Nicholson in Batman, or Joe Pesci in Goodfellas, Armani in films has been something of a constant throughout my cinema going years.

I recently caught the ‘Discovering Armani’ documentary on Amazon Prime and took some notes and screen grabs that I wanted to share with you all. Most of these are shorthand notes and quotes. 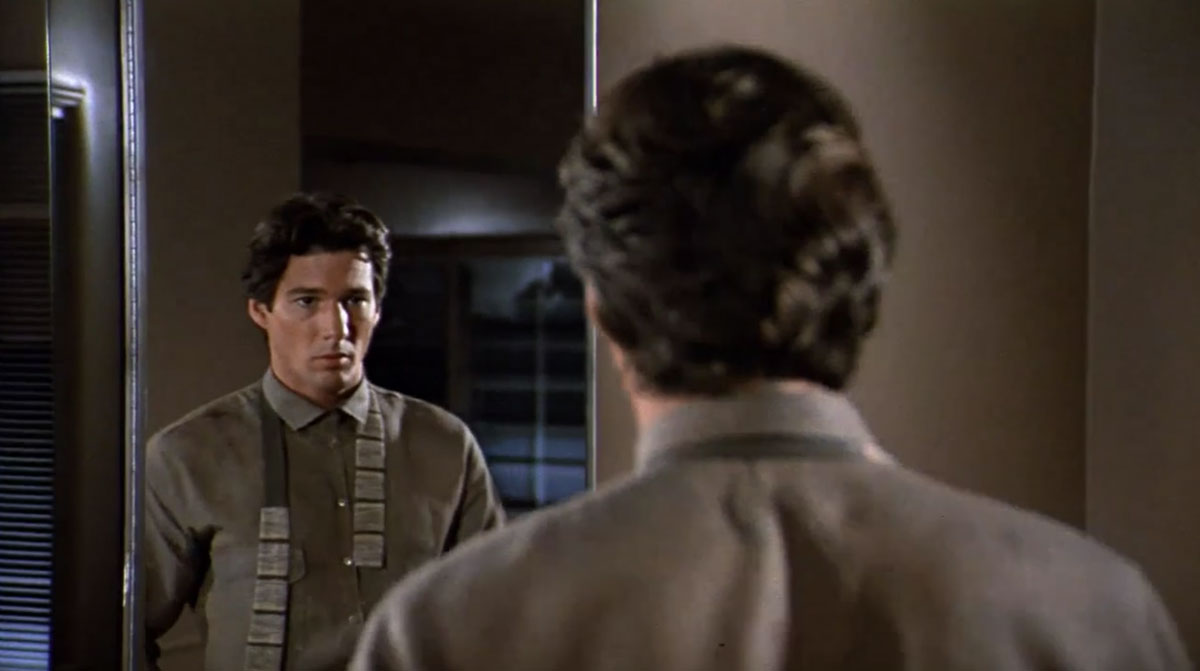 Armani clothed Richard Gere in American Gigalo. He would agree to do American Gigalo because he was launching Emporio Armani and he wanted to capitalise on the publicity that the film would make for him.

If you look at American Gigalo, you would be forgiven for thinking that stills taken from the movie could be lifted from an Armani advertising campaign. In those days it was fairly unique to have that vision presented cinematically. 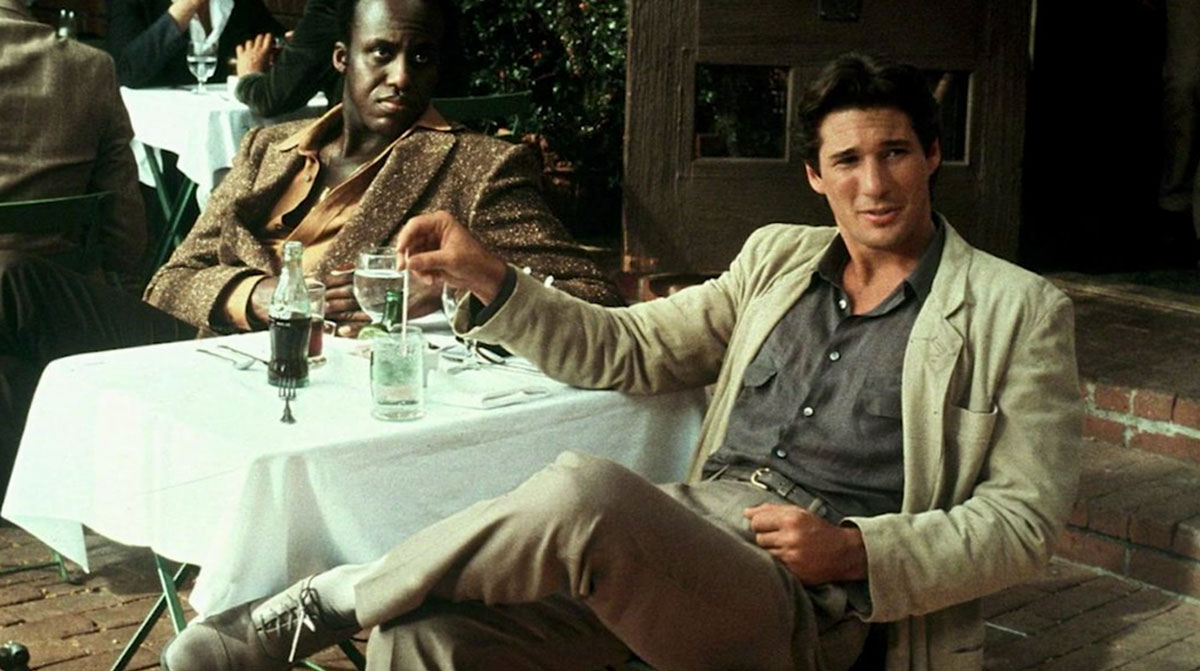 Armani went on to do costumes for films like Batman, Untouchables, Goodfellas, Pulp Fiction, however in terms of legacy his cinematic style will be best remembered for the TV show Miami Vice. 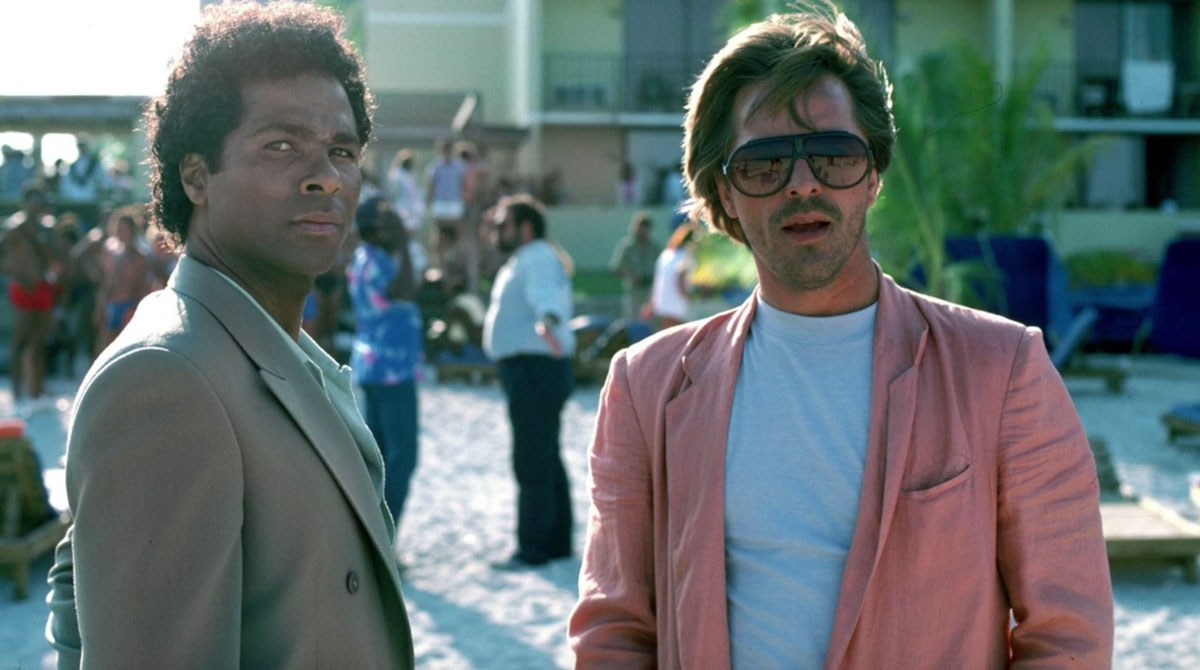 He began petitioning to dress the stars for the red carpet which no other designer was doing in the 80s. Armani has many arms to his empire; Armani jeans, Armani Exchange, Armani Prive – and is involved in all them. 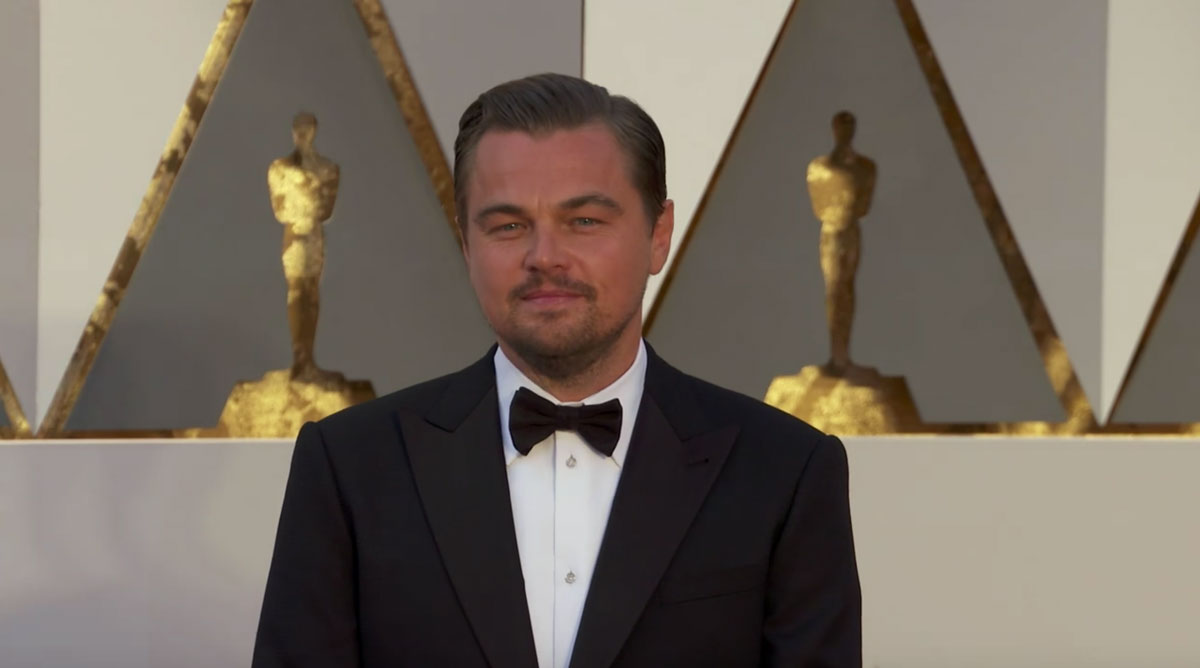 Born in Northern Italy 1934 into a middle class family, the second world war was prevalent in his life. His friend played with an unexploded shell, it killed Armani’s friend and burnt Armani. 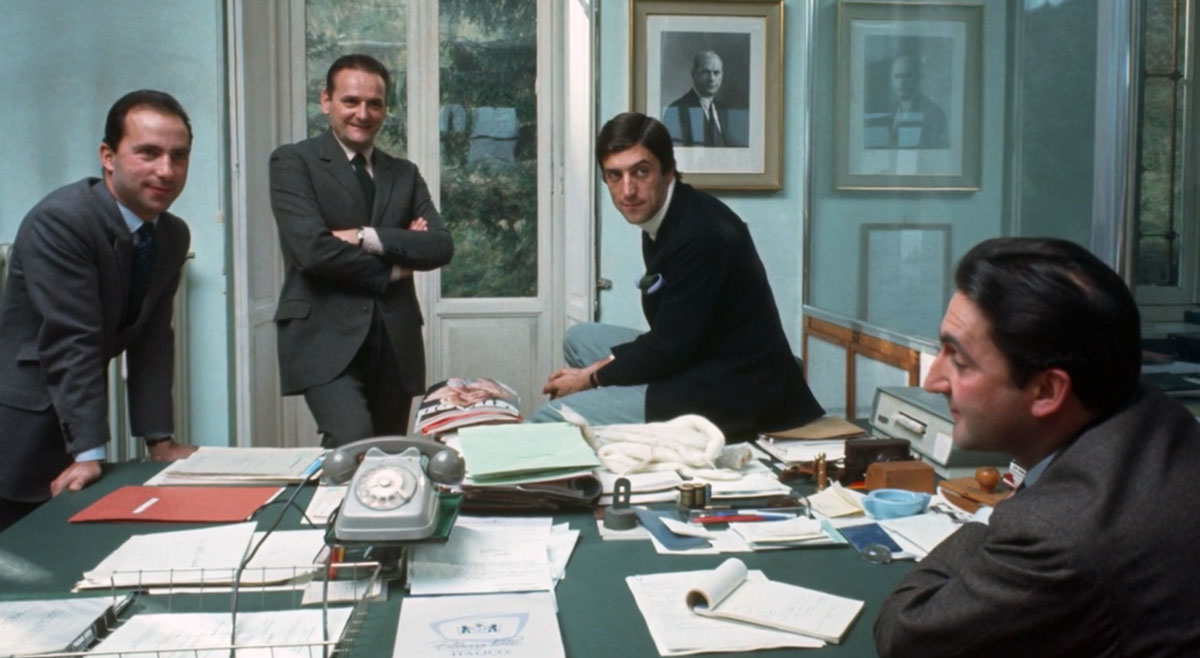 After the war and studying medicine, he went to work in a Milanese department store. There he was introduced to fabrics and consumer psychology. He had access to creative people. He started buying clothes for the store and rose the ranks very quickly.

Armani was always well presented as a child. After a time he wound up getting a job for Cerruti who appreciated how immaculate Armani always turned out. Respectable.

They forged an alliance after Cerruti chucked a couple of rolls of fabric at him and asked Armani to name his favourite. Armani chose the same fabrics that Cerruti liked. 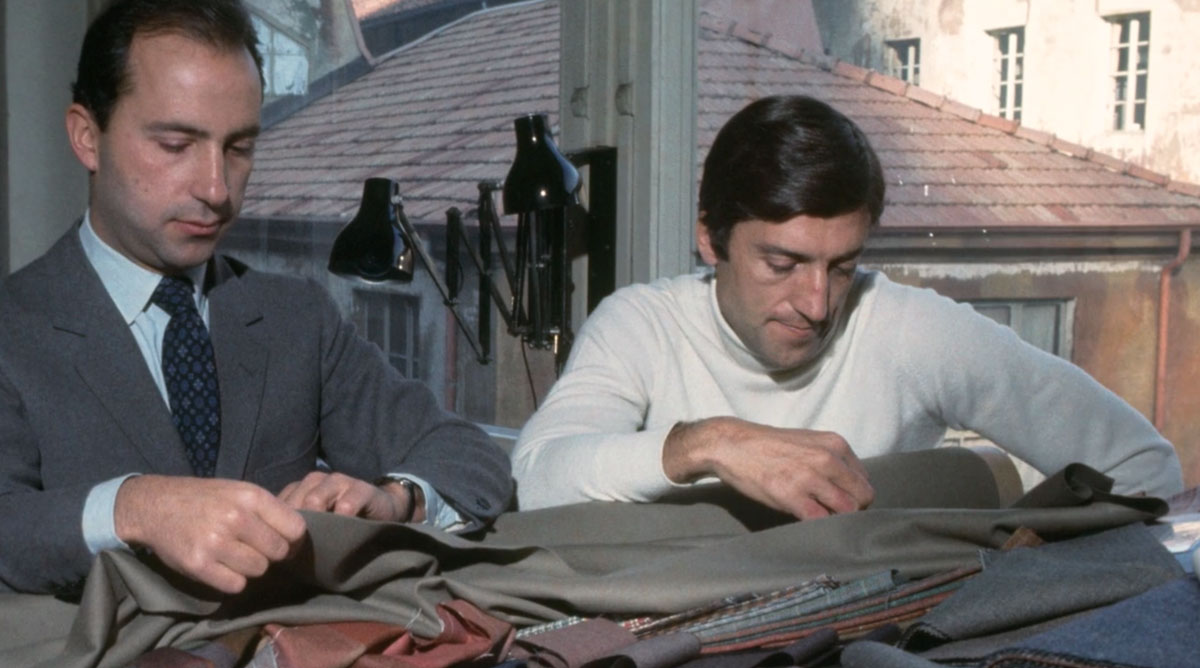 From there, Cerruti sent Armani to the Cerruti mill and that taught him about experimenting with fabrics. It was a great introduction to the world of fabrics and really taught him the skills he would go on to use later.

Cerruti had an extraordinary way to use fabrics to tailor menswear. Armani worked on Cerruti’s line called ‘Hitman’. He gained a language where he was mentored by Cerruti.

The entire Mod scene that washed over Britain in the 60s was a product of the machinations that were happening in Italian tailoring at the time. 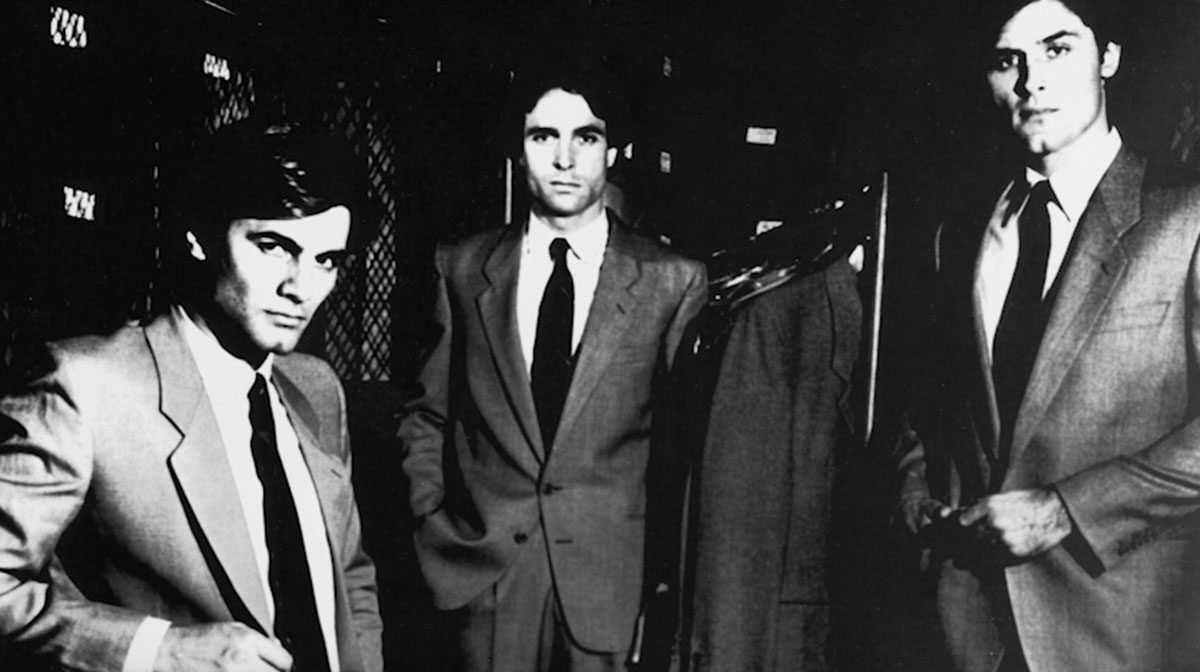 The Mod look was accomplished through neat and precise tight cuts, and that was only possible through these fine fabrics.

Armani met Sergio Galeotti towards the end of the 60s. He started a personal and professional relationship. Galeotti became his lover and encouraged him to break out on his own. (Galeotti died of an aids related illness in ’85). 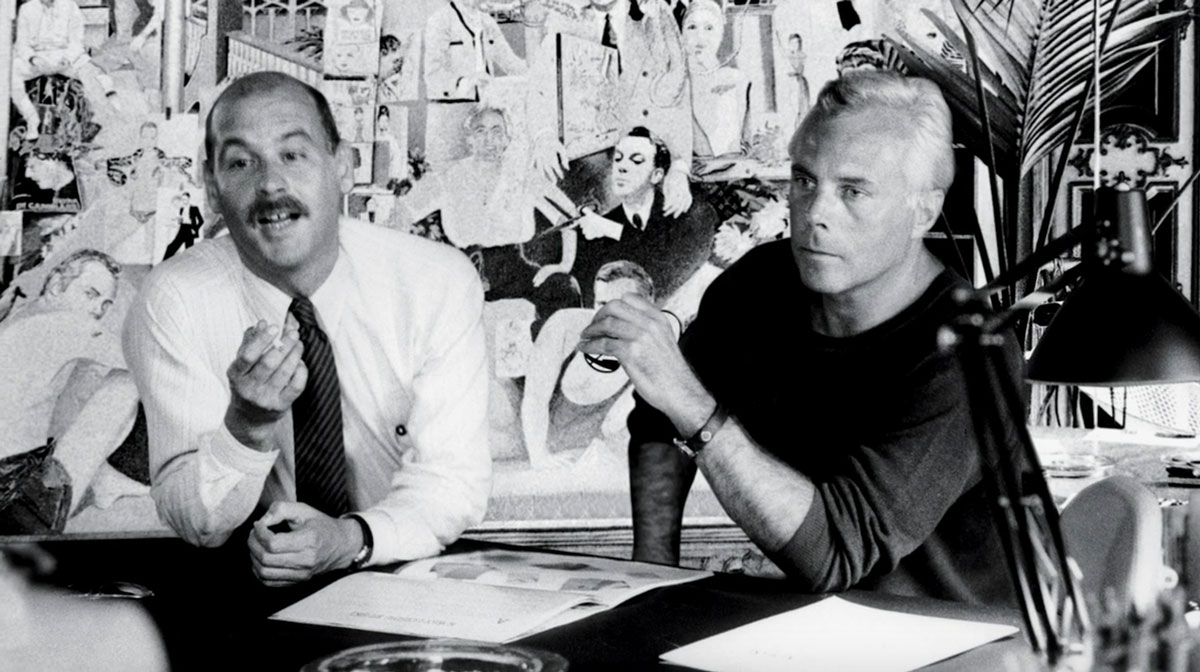 He did freelance work and they sold the Volkswagon to drum up the seed capital (10k) in order to start the business.

To summarise the look that Armani achieved, in broad terms he softened menswear and hardened womenswear. He created a softness and sensuality to mens suits

In ’78 they were bought by the same company that bought Versace (needs citation) and this saw the rise of Milan as a competitor to Paris. A real challenge to the Supremacy. 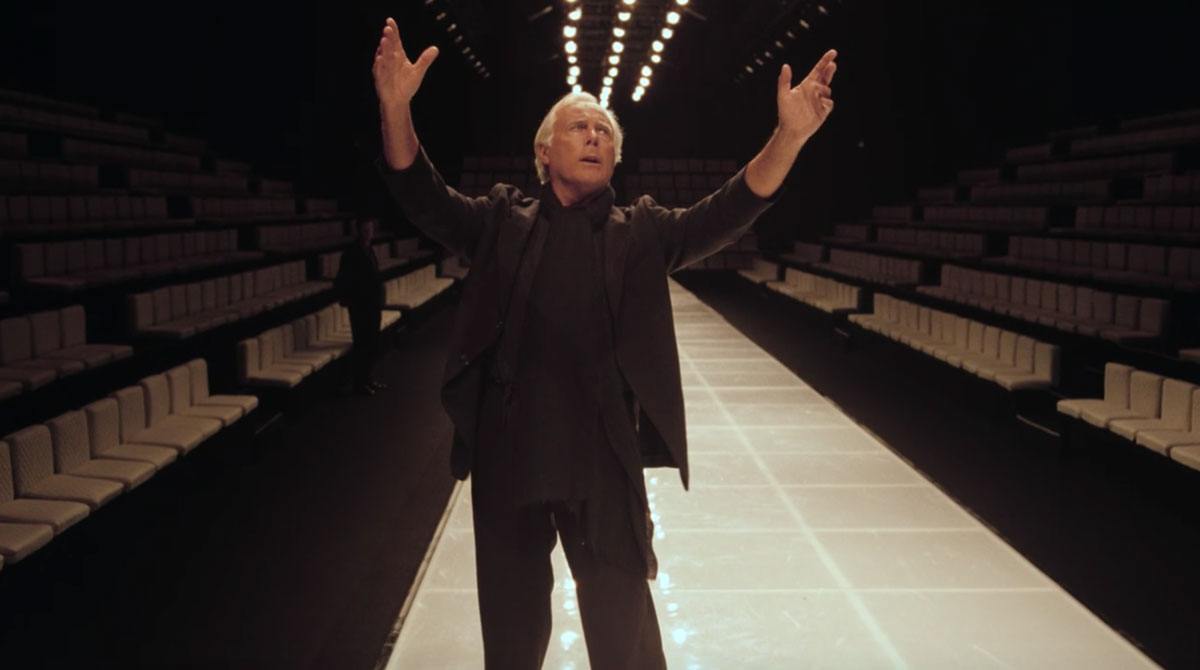 GQ referred to Armani in the late 70s as the ‘total look’. By the end of the 80s Armani had become the biggest selling European designer in the whole of the US.

They opened their flagship store in Milan in ’83, and took the model of one store to every city, selling very limited stock, giving them elevated exclusivity. 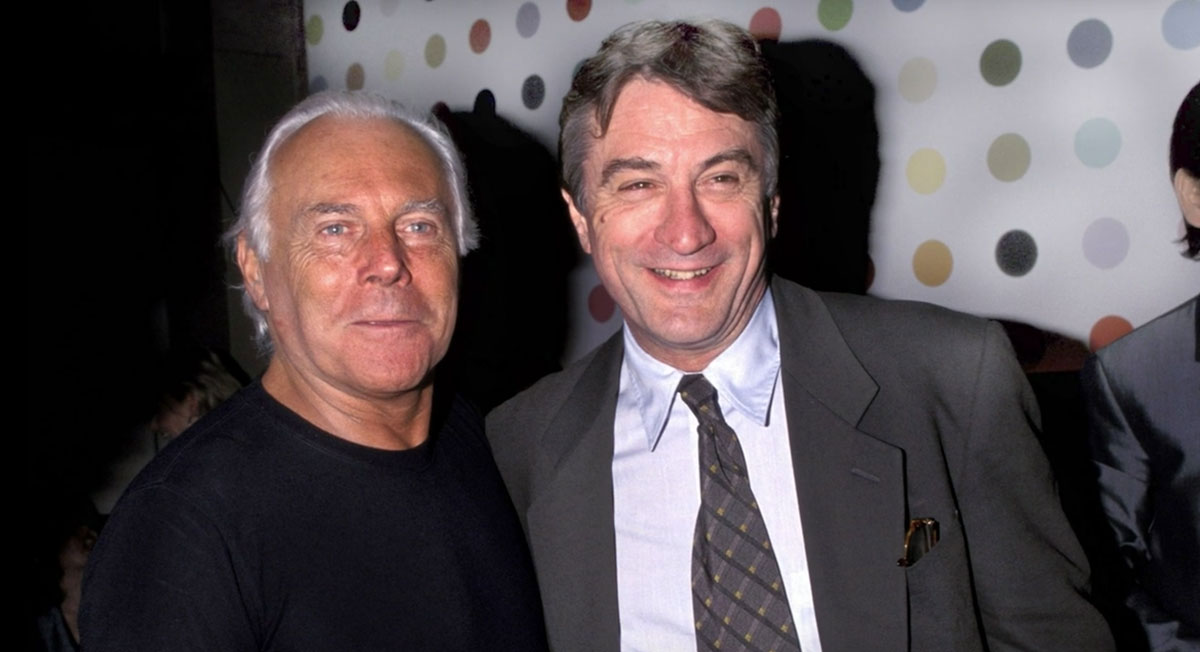 Armani has a swimming pool one yard wide and fifty yards long. This is the minimum amount of water he needs to swim his laps, which he does every day. Much like his designs, everything in Armani’s life is stripped back, nothing is superfluous. 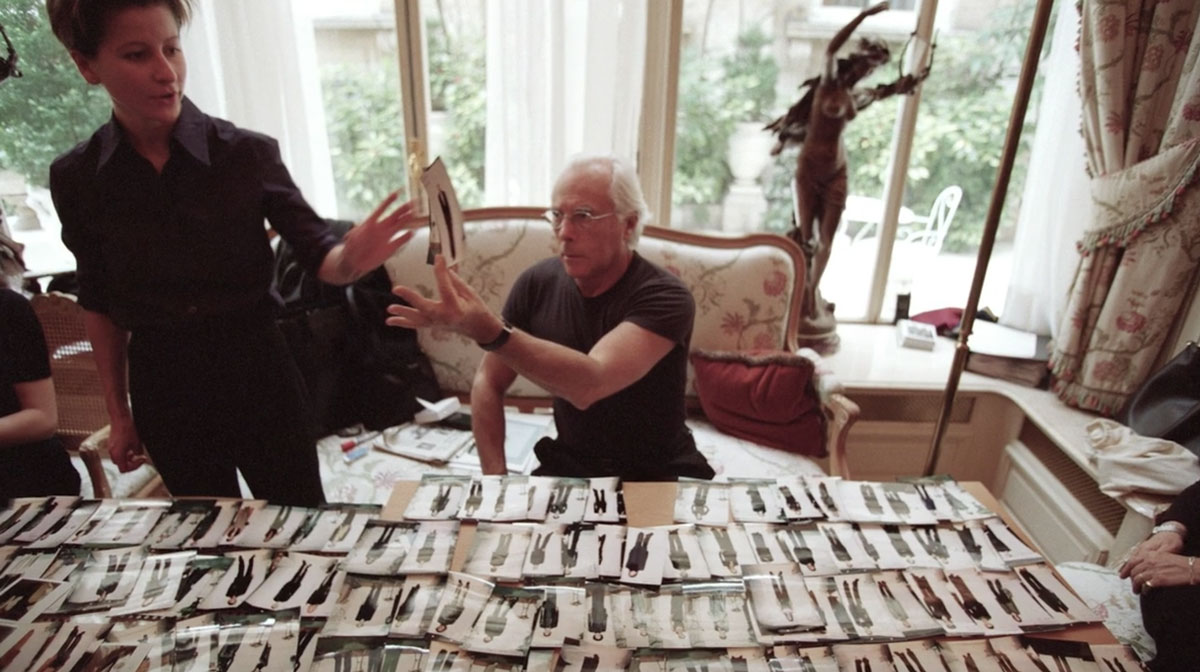