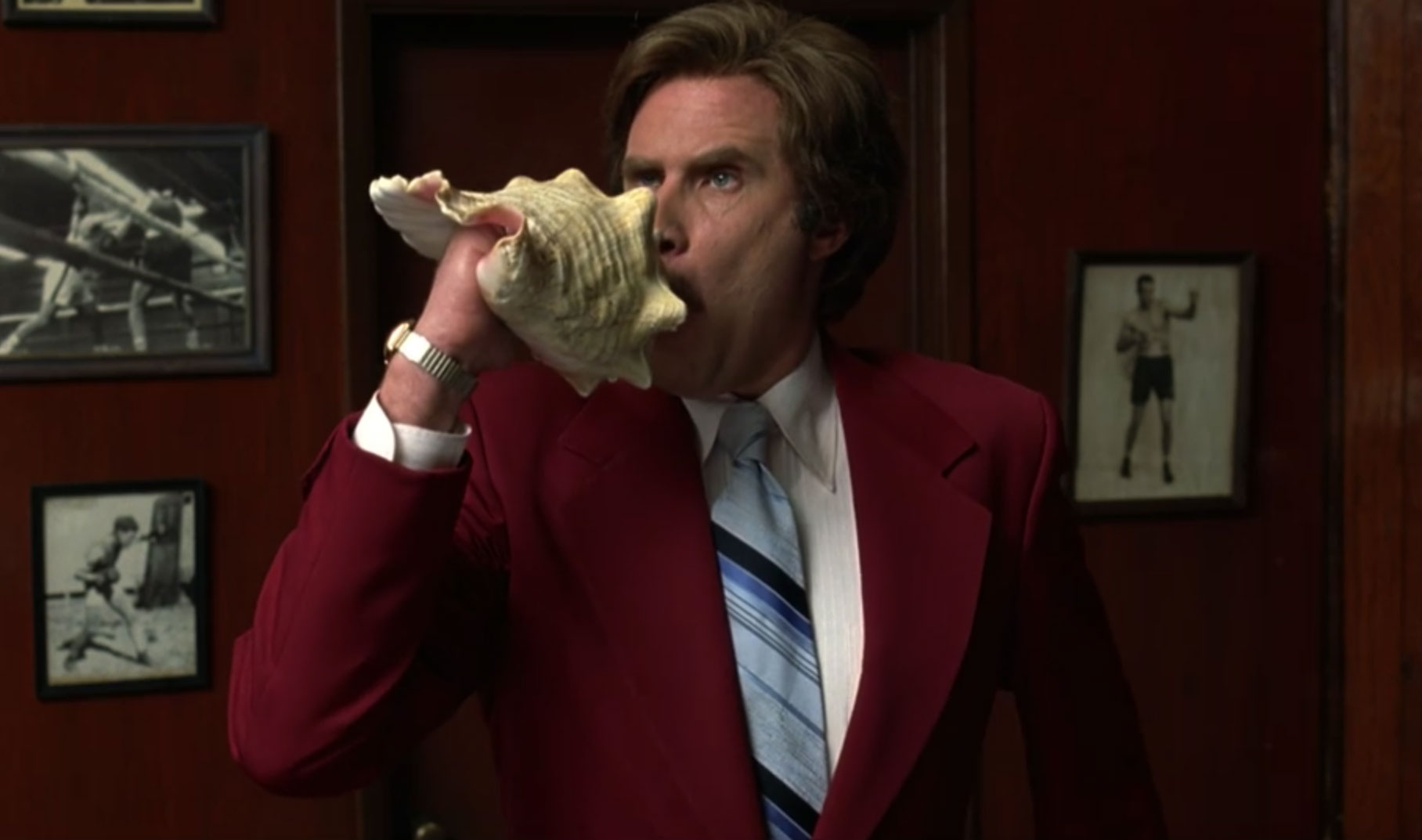 I spoke to Debra McGuire about what it was like to work on Anchorman. Here are some short excerpts transcribed from the interview which you can listen to on the podcast. (Links below). You can also catch the interview on our YouTube channel. 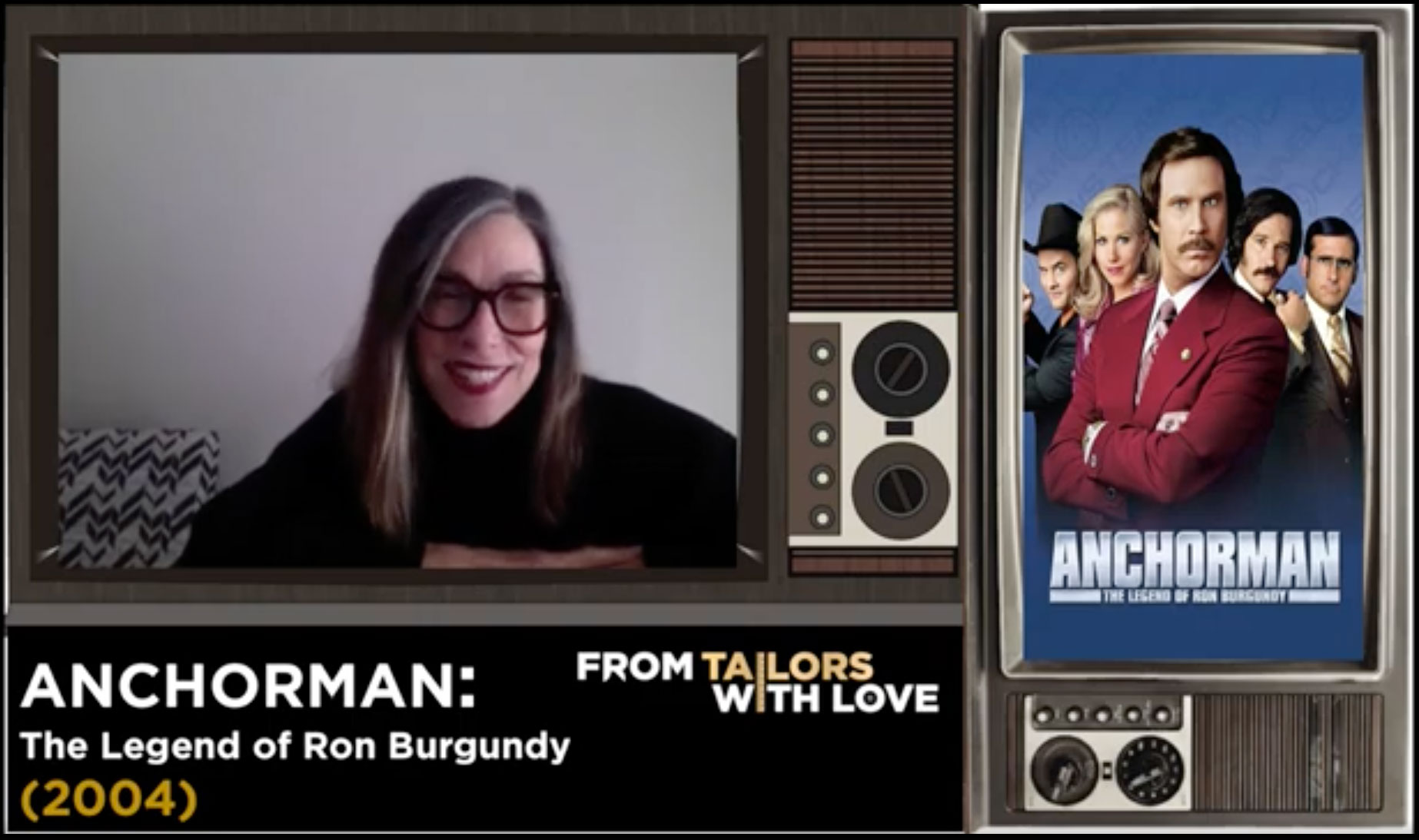 How did you land the gig as costume designer for Anchorman?

Judd Apatow was producing it and I had a relationship with Judd from prior things that I had done. When I showed up for the interview I brought a picture of myself from the 70s. It’s my era I was in college from the 70s from the early 70s so I could design the movie with my eyes closed.

It’s not like I had to do any research or anything, it was right in my back pocket. 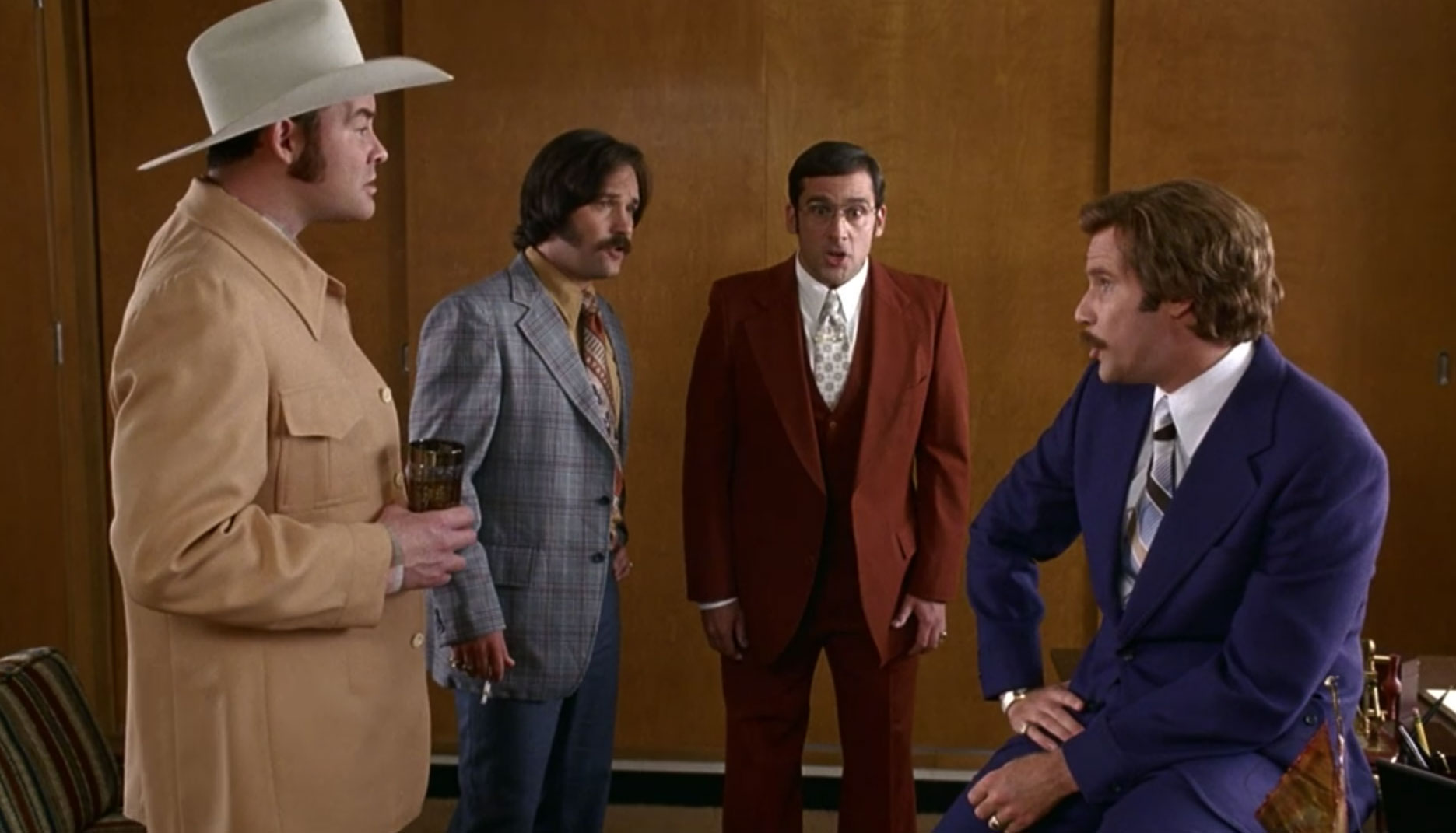 I remember every detail of everything. I made a huge percentage of the clothes in the movie. Anchorman was the dream job for me, Christina Applegate’s character she never had to have a fitting because we were exactly the same size. Artistically I designed every frame of that movie to look beautiful and to look like a painting so that all the colours and all the elements were considered ahead of time. 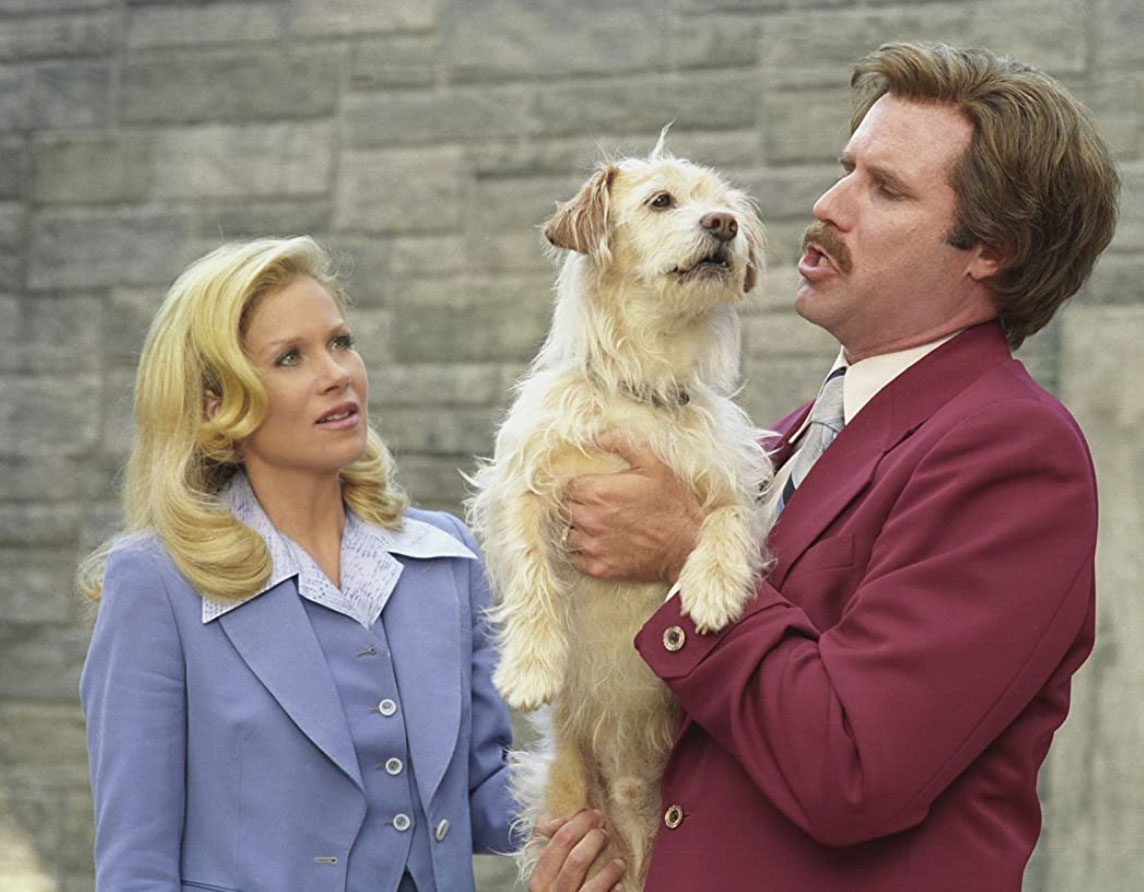 How did you ensure that the suits weren’t comedy suits and 70s parody?

Because I had worked with Judd before there is no such thing for them as comedy clothing. Everything is based in reality, especially in comedy you never want to step on the joke with a visual that is distracting to that joke. You’re really supporting as a designer the writing and context of these jokes.

You have a special cameo telling Brian that he smells like Bigfoot’s dick, that is you isn’t it? 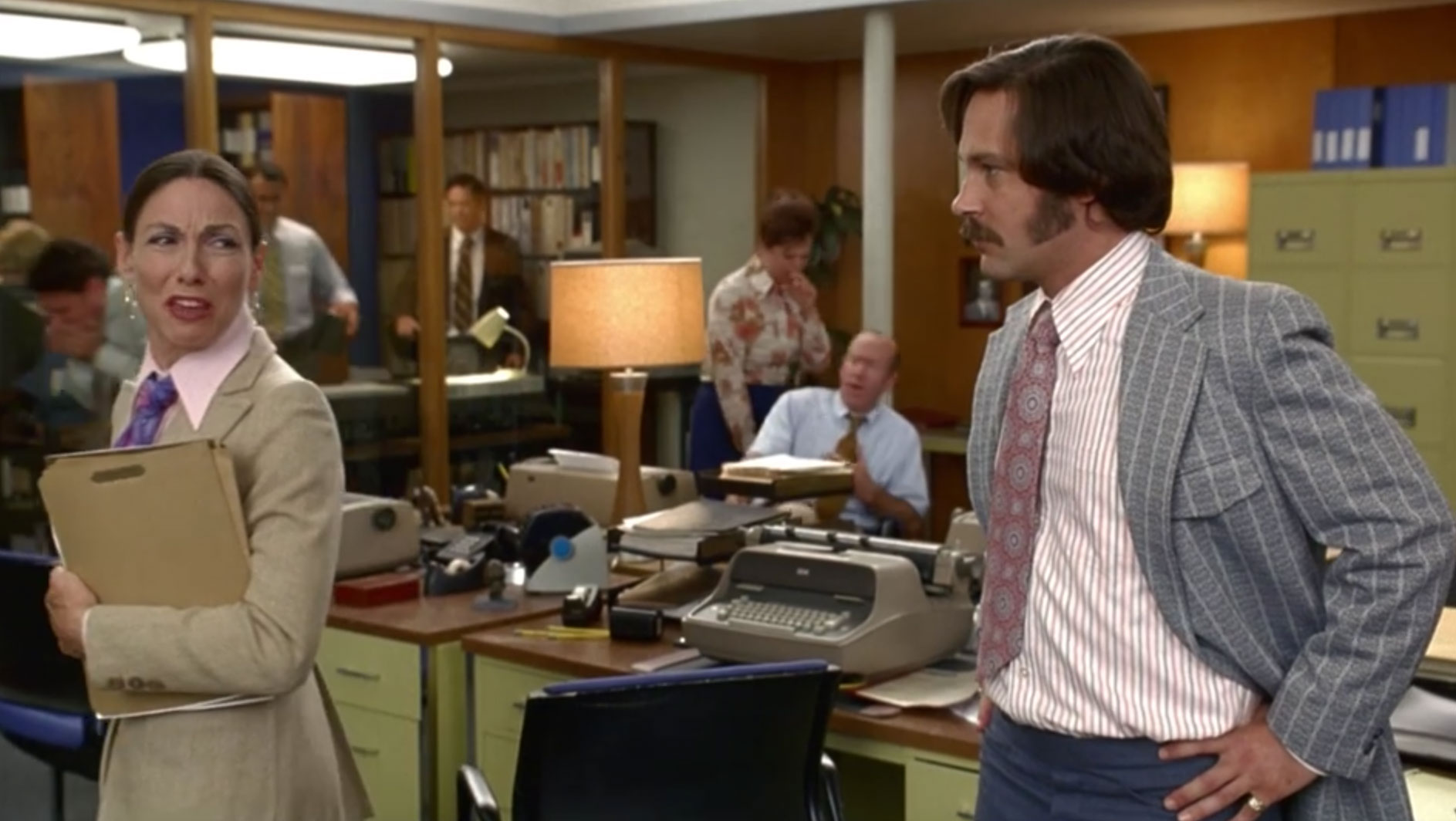 Here’s what happened Judd was supposed to do a little role I told him he couldn’t do it unless I dressed and he dressed properly. He said ‘well I’m not doing it unless you’re doing’. He said we’ll write lines for you don’t worry, that’s how it kind of evolved.

They made me say about 30 different lines, and one point I said you guys enough I’m a costume designer STOP! 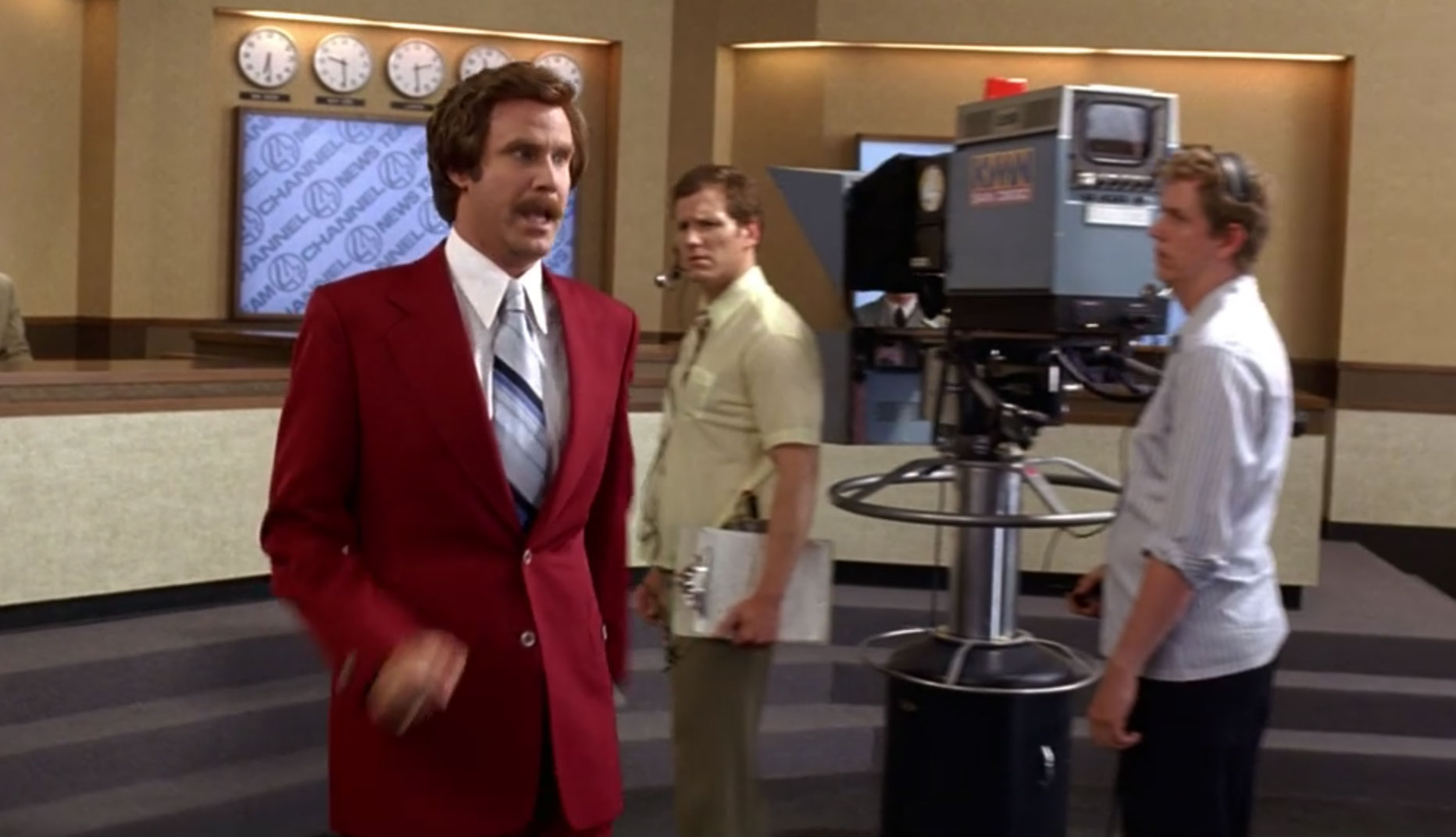 Anything you had to push for in the movie? 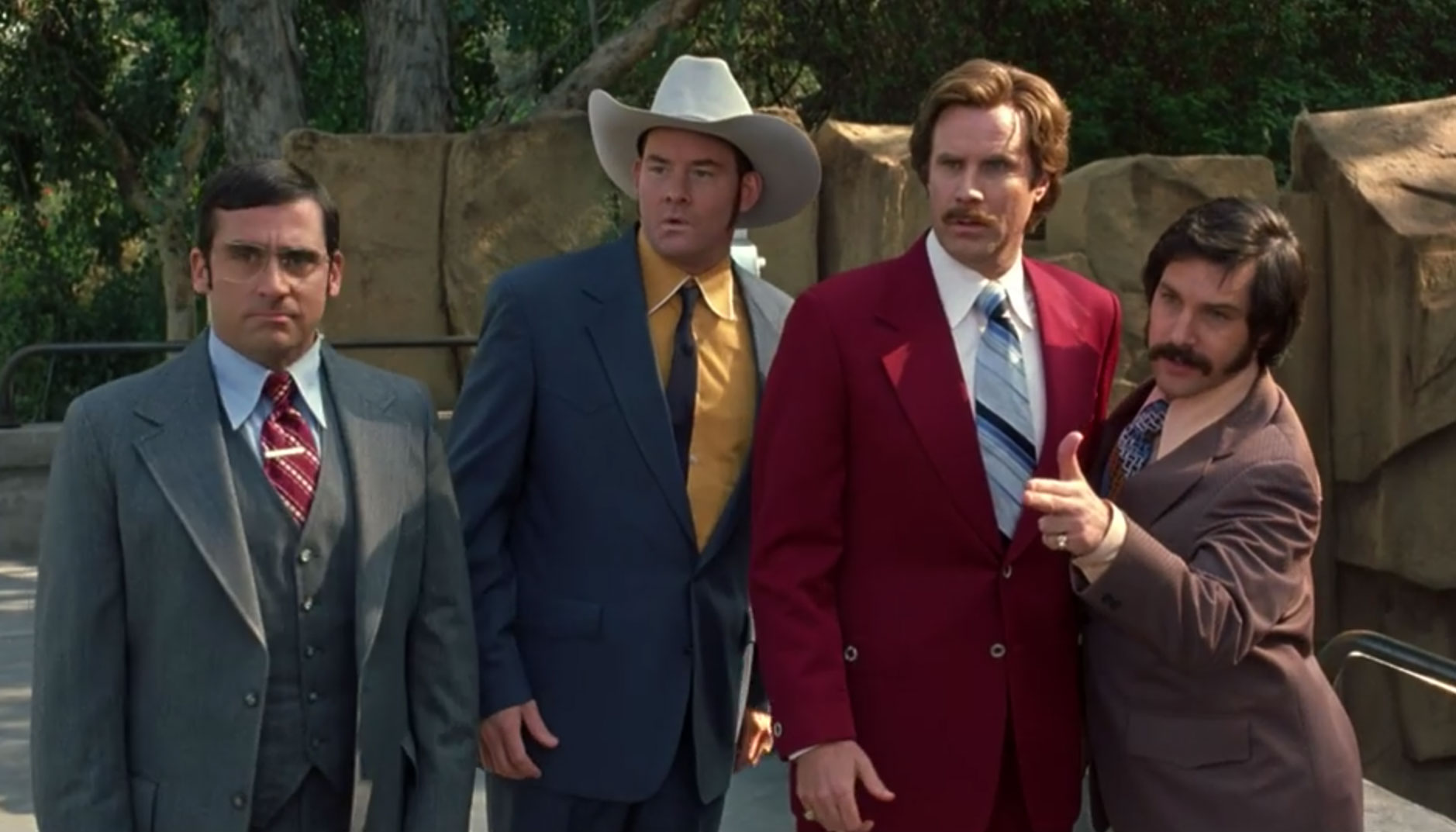 The full interview with Debra McGuire is available to listen in the player below or on iTunes, Stitcher or Spotify. Don’t forget to leave a review on your smart phone. More information about Debra can be found through her website.

The red polyester suit has recently been added to the Prop Store auction. The description says,

It consists of a burgundy polyester blend jacket with a floral silk interior and matching pants and a light pink cotton blend pinstripe button-up dress shirt. Replica white leather and rubber shoes with dragon-like accents on the top. And a production-used red, white, and blue striped polyester necktie are also included to complete the display, though this style of tie was never worn in the film. 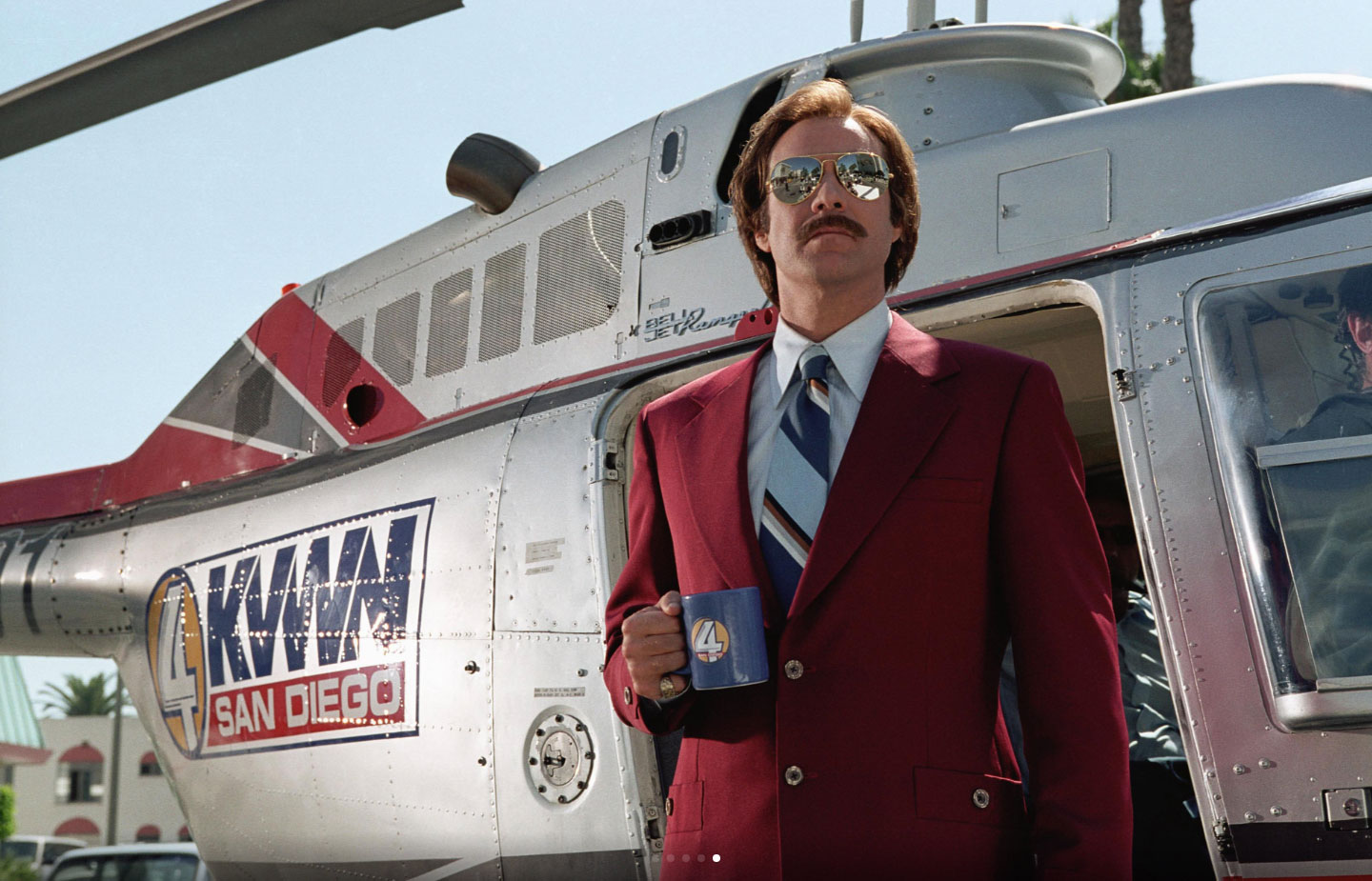 Hey everyone, come see how good I look

The extended version of Anchorman is available on DVD through Amazon. For Halloween or fancy dress ideas you can also find costumes like the one below.