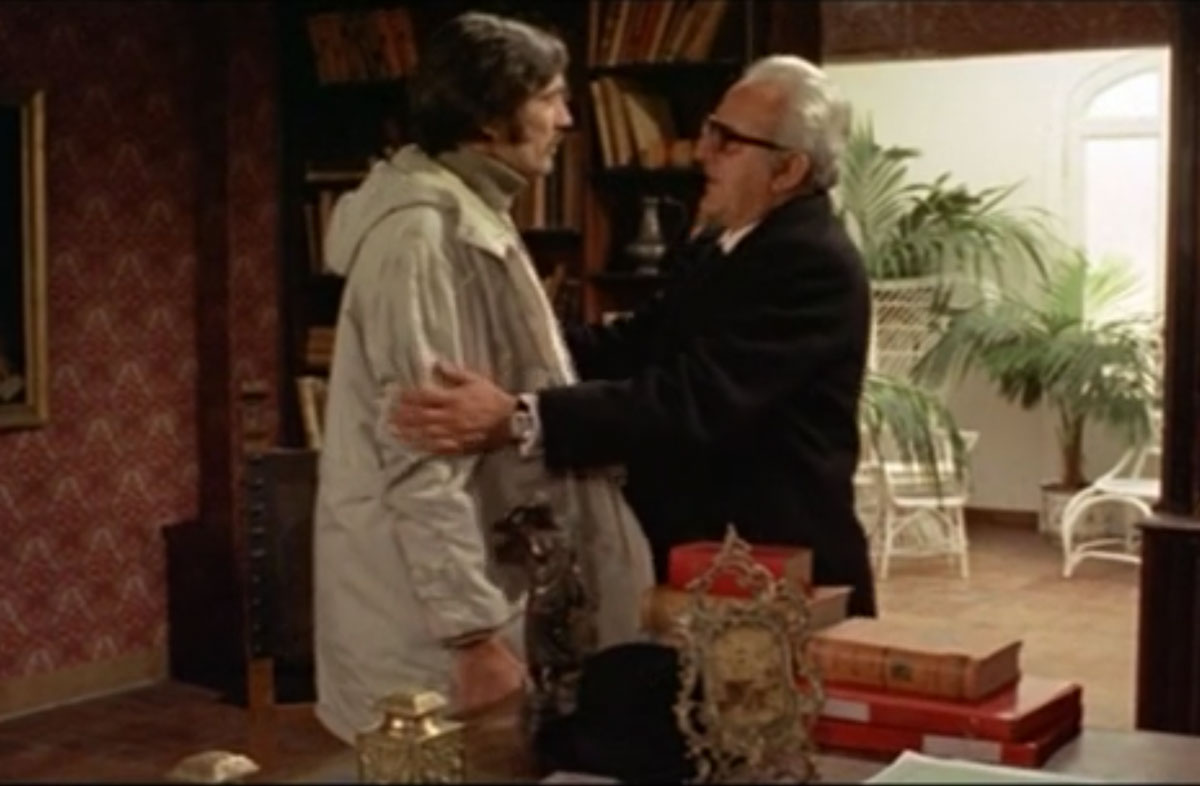 George Lazenby is on the hunt for the swine that killed his daughter in Who Saw Her Die? It’s a film that makes a beautiful city like Venice, look like the Huntingdon from the late 90s. (Huntingdon was my hometown, famously featured on the cover for Crap Towns 2).

It’s a far cry from the quaint sun-baked idyllic disneyland-for-adults city that is so often the image portrayed in other films, including Moonraker and Casino Royale. 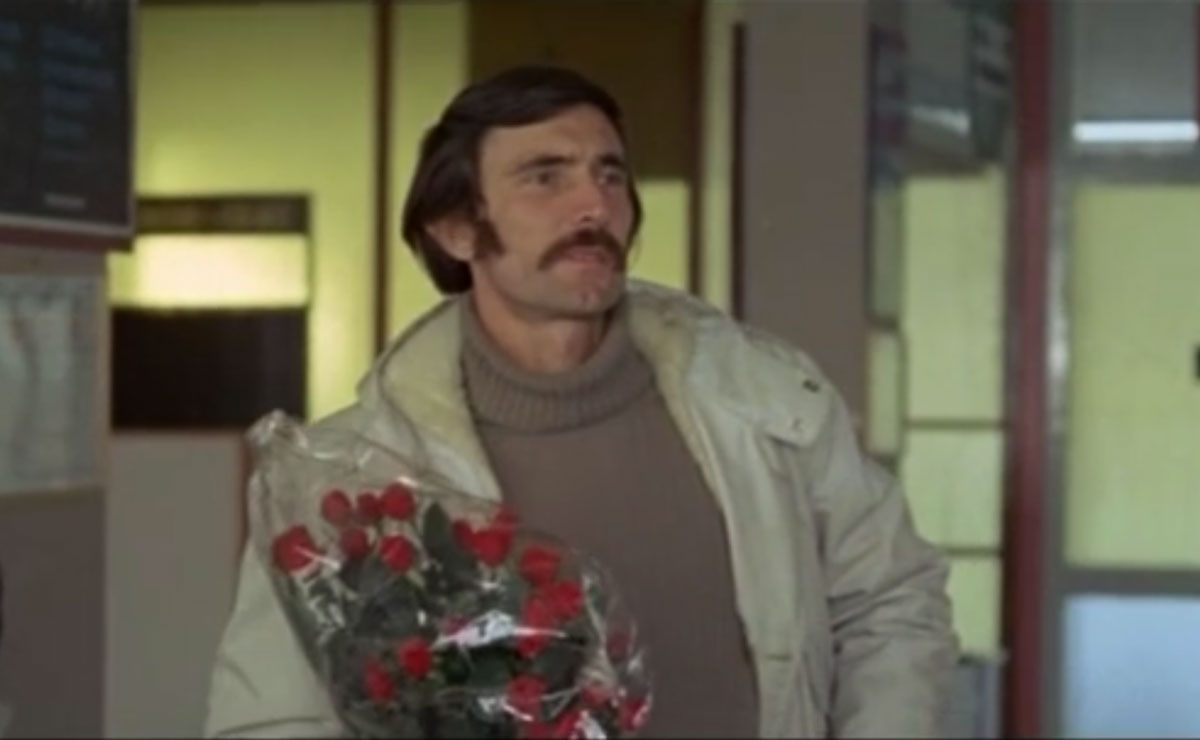 It’s pretty tricky to sympathise with Franco. Basically he only had to look after his kid who is visiting for a short spell. Instead he wanders off for some sexy time, then goes and does some sculpting, then thinks ‘oh no, where’s my child?’ Too late, she’s come a cropper poor lass.

You’ve got to roll with it

Beneath the trench coat a taupe coloured thick ribbed roll neck sweater that matches perfectly with his telephone. Nearly every character in this film wears a roll neck or turtle neck of some description. The difference being that a turtle neck can be tubular and rolled many times, a polo neck is designed to be rolled once. 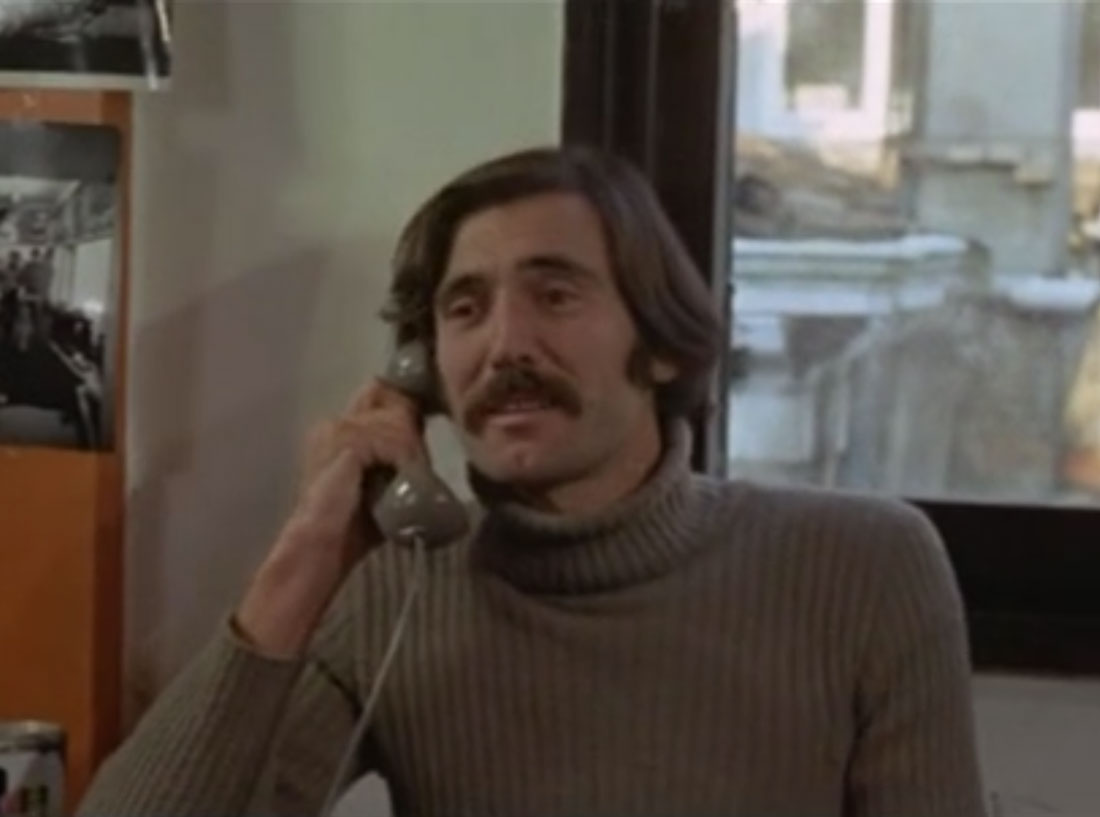 During some of the early chase scenes Franco also favours a cream coloured cardigan with a green shirt. The shirt has a large squared-X motif on both tips of the collar.

For some high quality roll necks, polo necks and mock turtle neck sweater be sure to check out N.Peal’s collection. They have ribbed, plain and cable knit.

I found this article by Fashion That Pays helps describe the history and the difference between the different type of necks in better detail.

The other George Lazenby film from the 70’s, The Man from Hong Kong, is also on Amazon Prime. I have reviewed some clothing from the film here.

A late sidebar to the towels of Bond. George Lazenby in Who Saw Her Die (1972) available on @PrimeVideo pic.twitter.com/toSdPQLXlc

— From Tailors With Love (@tailorswithlove) December 6, 2020

Who Saw Her Die? is available to buy on Blu Ray.