Do Russians Really Swap Watches Like Schwarzenneger & Belushi do in Red Heat? 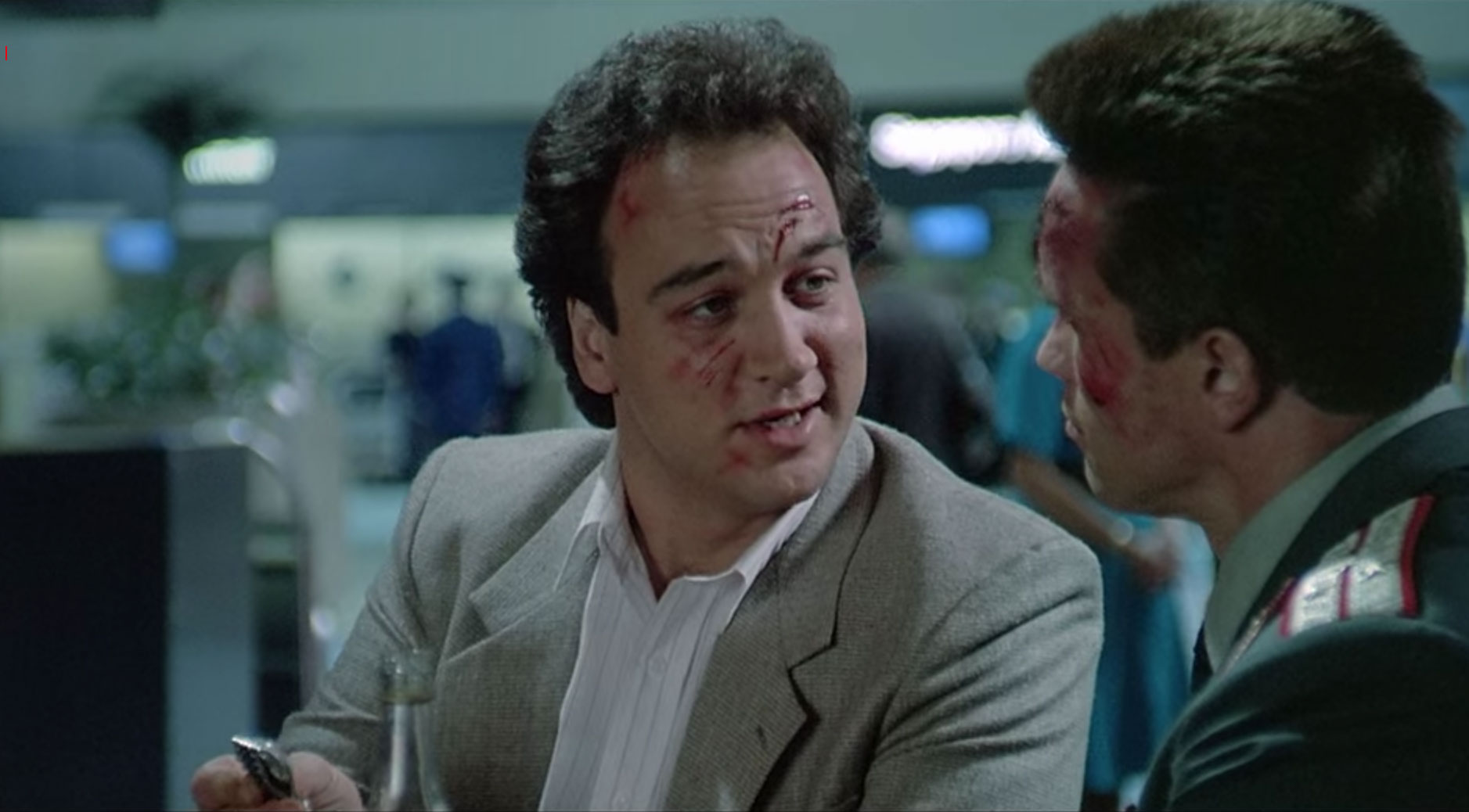 It’s the question that has perplexed man for eternity. Do Russian people trade watches like Schwarzenneger and Belushi do at the end of Red Heat? For years I was under the misguided apprehension that perhaps this was a gag in the movie; a cunning ruse by brutish Moscow cop Ivan Danko played by Schwarzenneger who dupes James Belushi’s Art Ridzik into swapping watches in their farewell exchange. 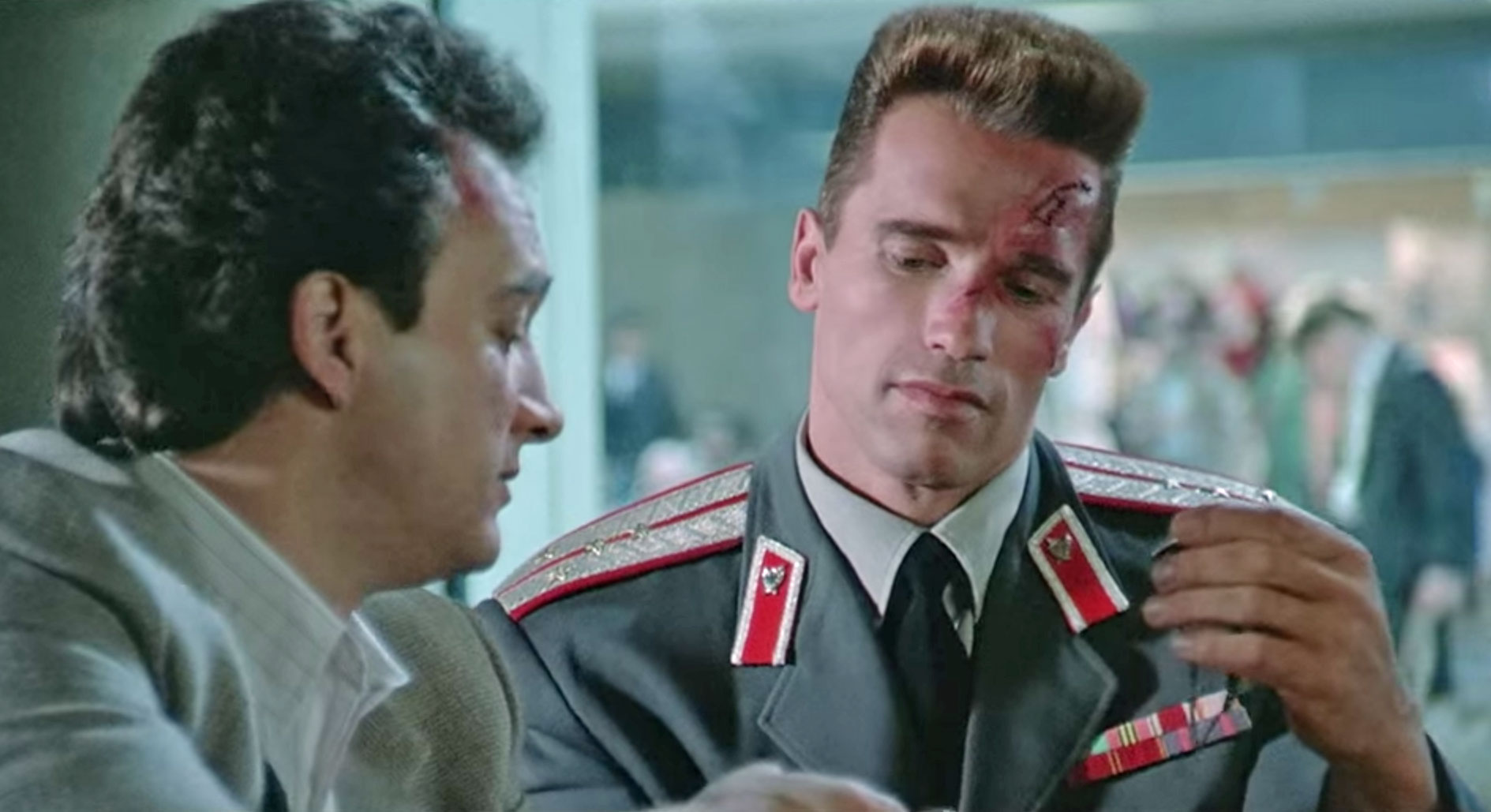 But after doing some quiet digging, I got to appreciate that this was not simply Arnie wanting to trade-up. It is actually a Russian tradition. In an episode of the MenswearStyle Podcast I interviewed Raketa Watch Factory Managing Director David Henderson-Stewart. Raketa is Russian through-and-through, and is one of the few brands in the world whose mechanical parts are all products within its own factory, in St. Petersburg. Here’s what David had to say regarding that scene,

It’s not a myth there is a tradition in Russia to offer watches as a distinction, as a present, as a gift. It existed at the time of the emperors through the Soviet period and still today Russians offer watches a lot. I’ve stopped watching Hollywood movies because the baddies are always the Russian guys.

If you see Russian movies most of the time the bad guys are American. Russians do very good movies, unfortunately you don’t see them outside of Russia. There’s no chance they’ll be blockbusters outside Russia. They do great war movies, they’ve experienced first hand the war. Especially the Second World War. 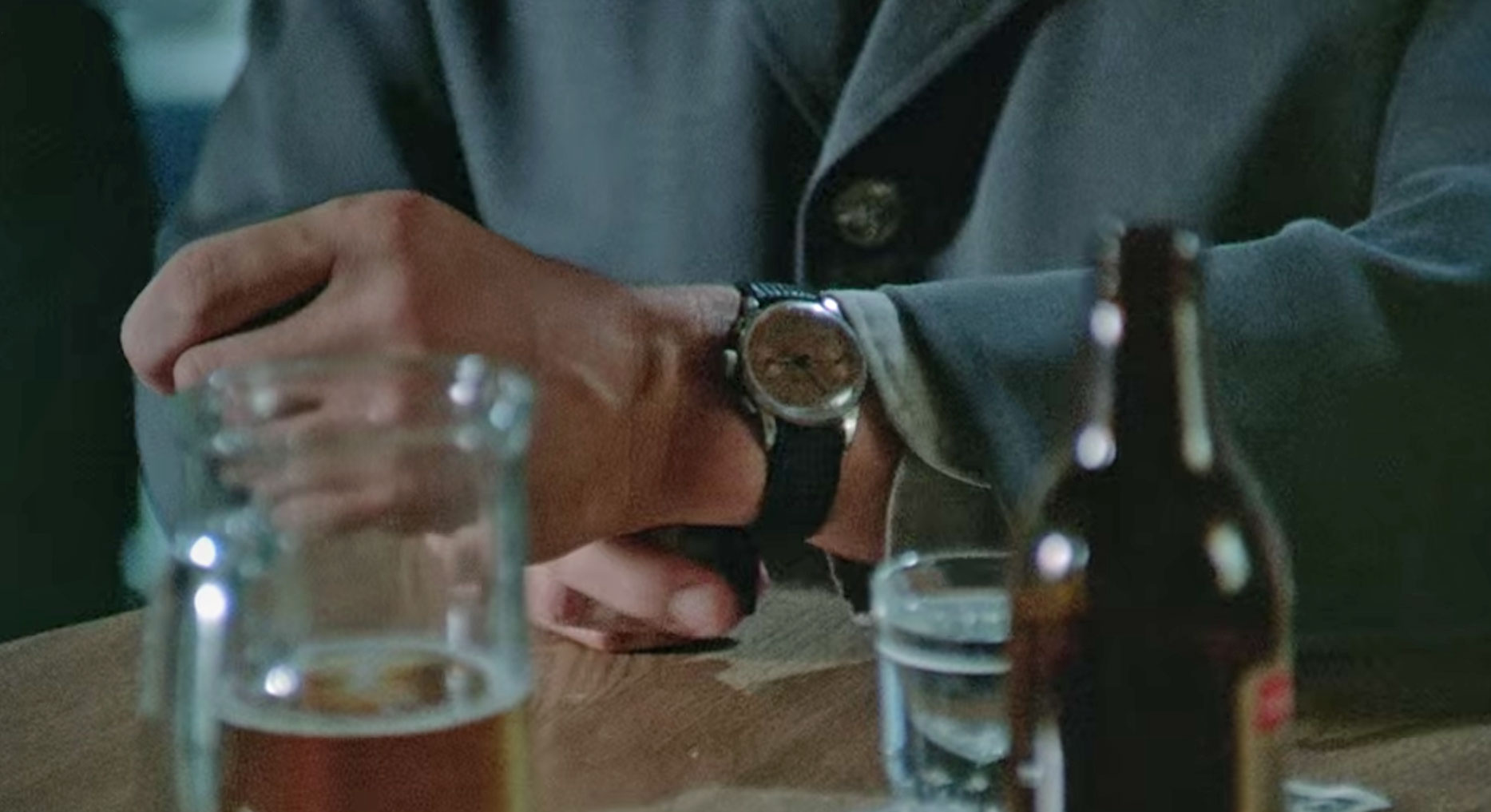 Neither watch brand are referred to by name in the film. Ridzik describes Danko’s watch as a “20 dollar East German watch.” And his own as a “1000 dollar marvel of western technology.” The film’s costume designer Dan Moore will be a future guest on the show, offered some insight on the brands of watches,

I finally heard back from my friend [Rick Young] the RED HEAT Property Master, […] Alas, he cannot shed too much light on the issue. Arnold chose to wear his own watch in the movie, which was a very expensive one. Rick just bought a couple more that seemed like decent matches, in case of emergency. And he can’t remember anything about them now. 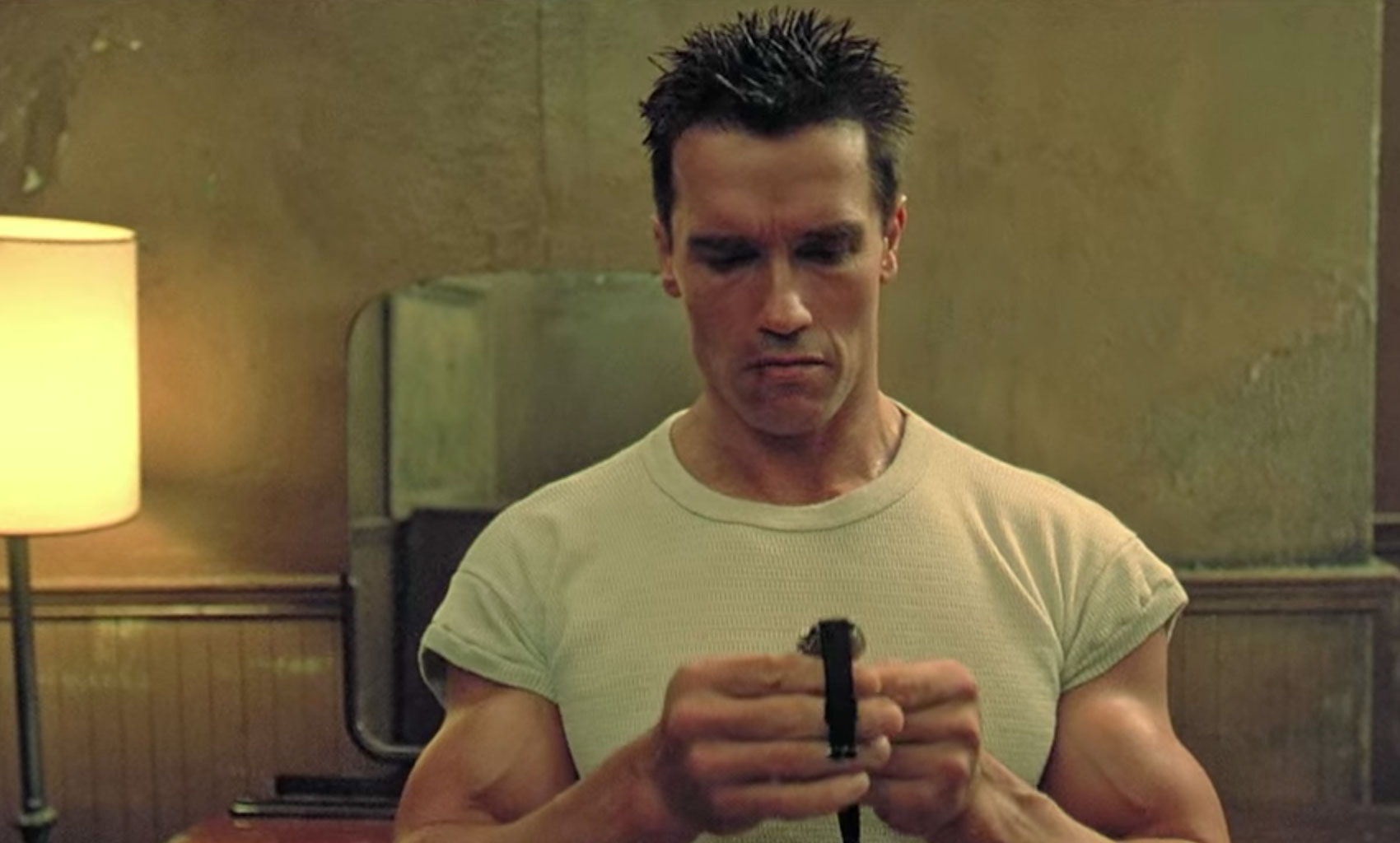 The 3 button teal suit that Danko wears after coming out of hospital is the only surviving screen worn item in the public domain right now. A description of the suit has been posted on the Comics Auction, more to come on this suit over at Bamf Style shortly. 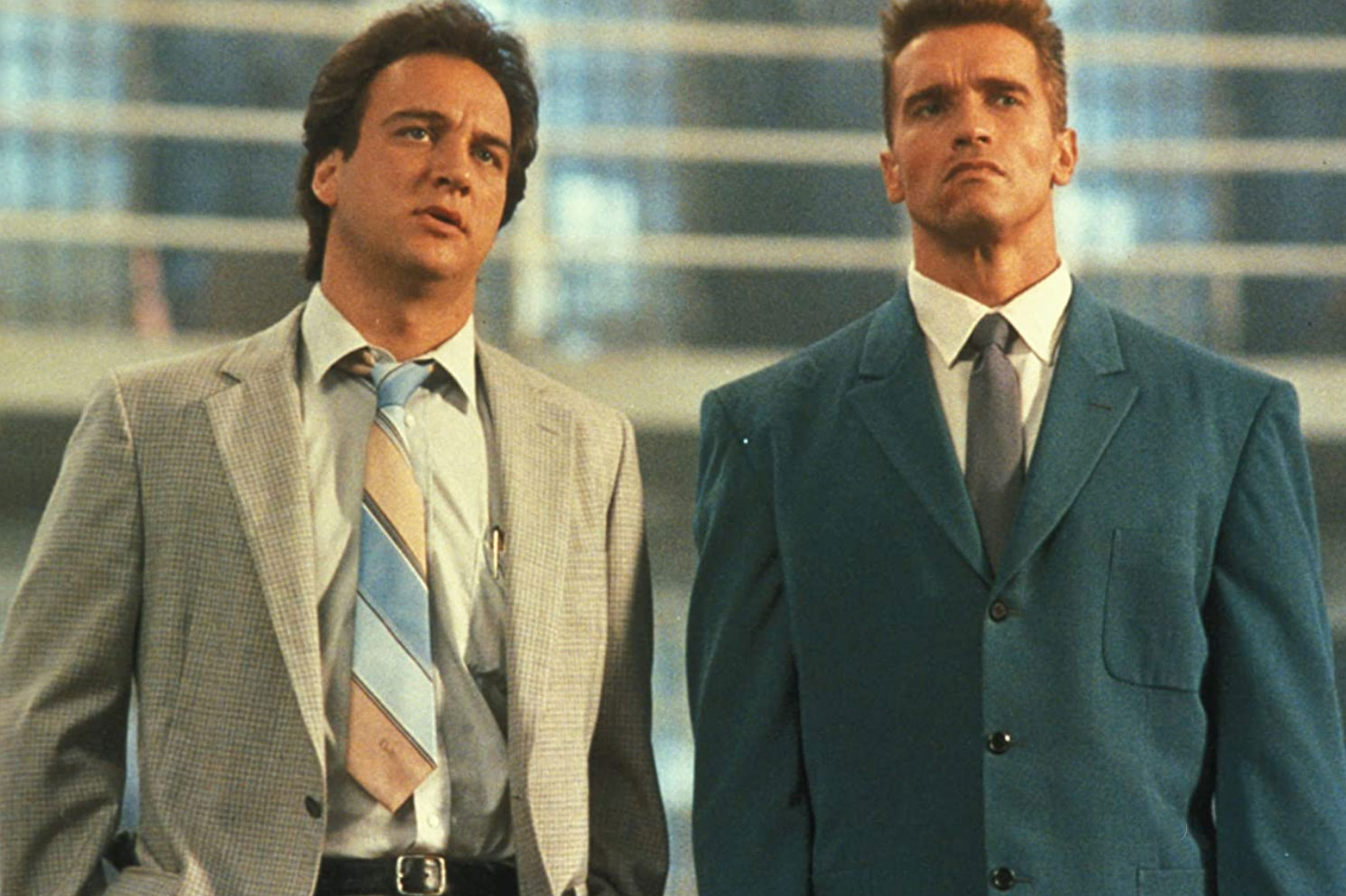 Red Heat is available to buy on Blu Ray in a box set with Raw Deal and Total Recall. Next addition on my Coffee Table, will be the Schiffer books for collectors (the only known reference book on Russian watches) by Juri Levenburg.