The purpose of this particular blog is to document this crazy time we’re living in. Help pass the time. I’m telling the missus I’m working, don’t let on. There will be typos, shoddy grammar and mis-placed apostrophes. Sorry. 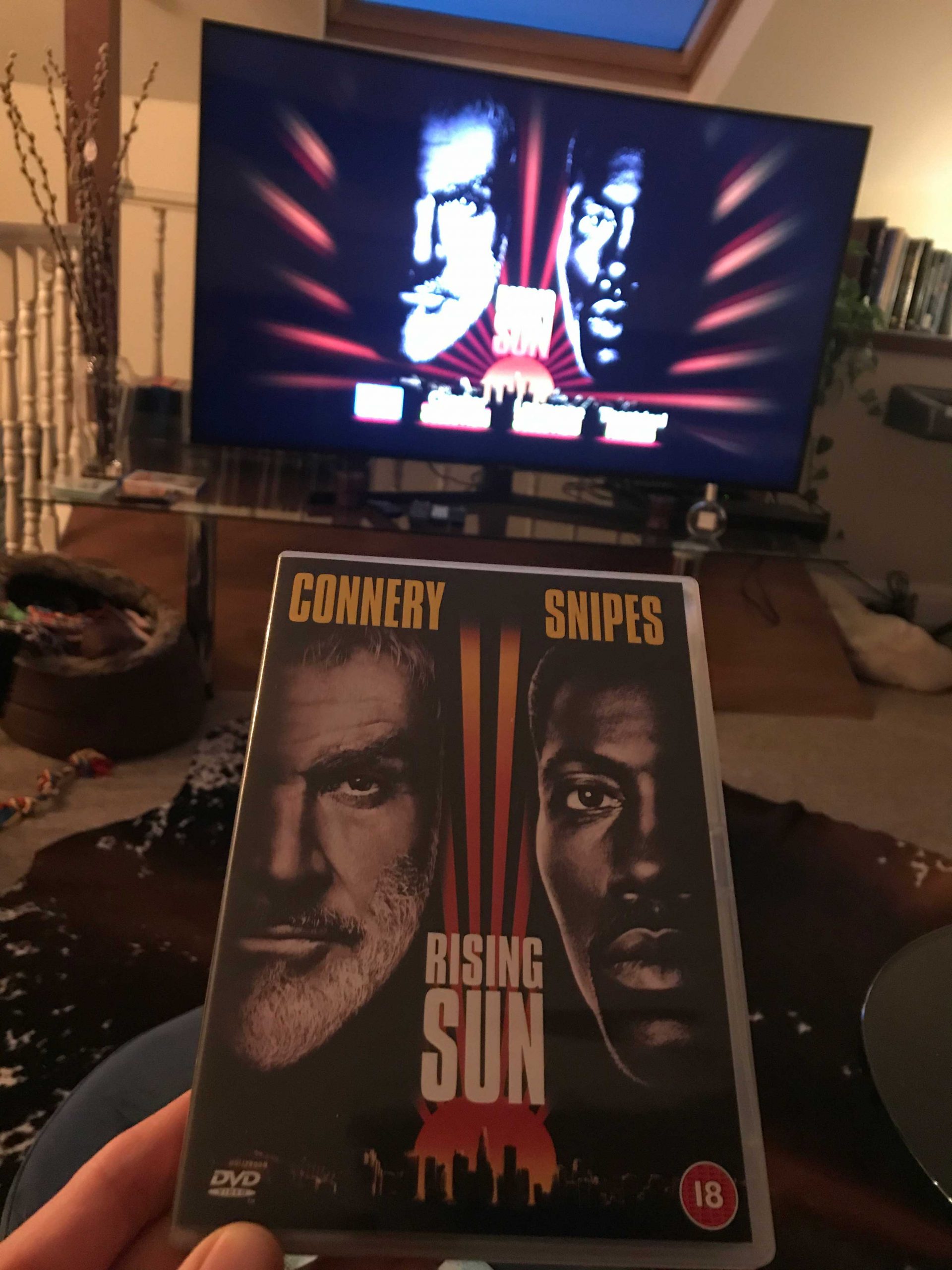 I want to write about Rising Sun. The first 30 minutes are thronged with all the irksome machinations of the early 90s.

Even the Ferrari Eddie drives (played by Cary-Hiroyuki Tagawa, Kwang in Licence to Kill) is impossibly inelegant. The film is only enlivened when Connery tells a MicroCon jobsworth who is obstructing his murder interrogation ‘..and don’t you fuck with me‘ and then it’s his film. Maybe another day. I’ll need to finish the film first. 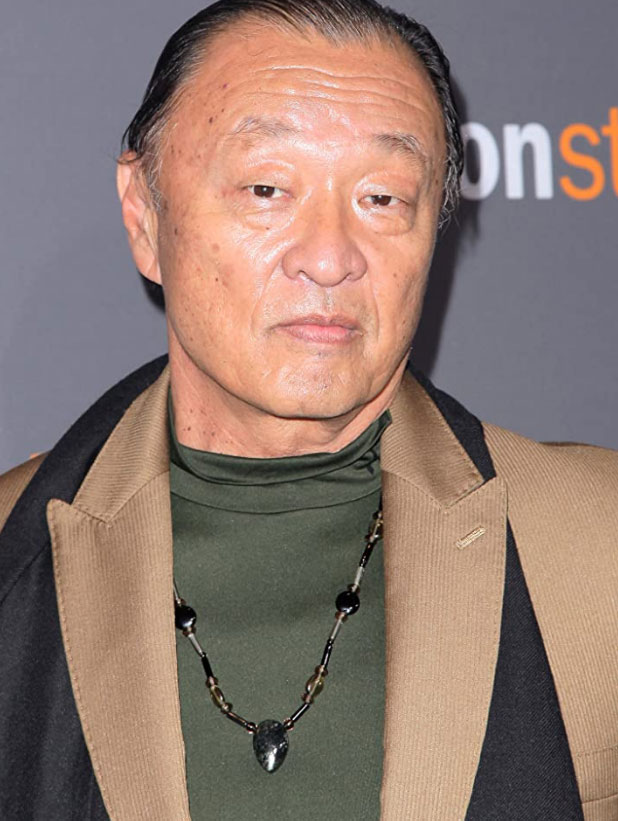 I ask Joe Morgan of Chittleborough and Morgan on Savile Row if he wants to jump on the podcast. A spokesperson for Joe says, ‘Joe says nahh’. I’m wanting to do a history of Savile Row episode from the 60s onwards, any takers? 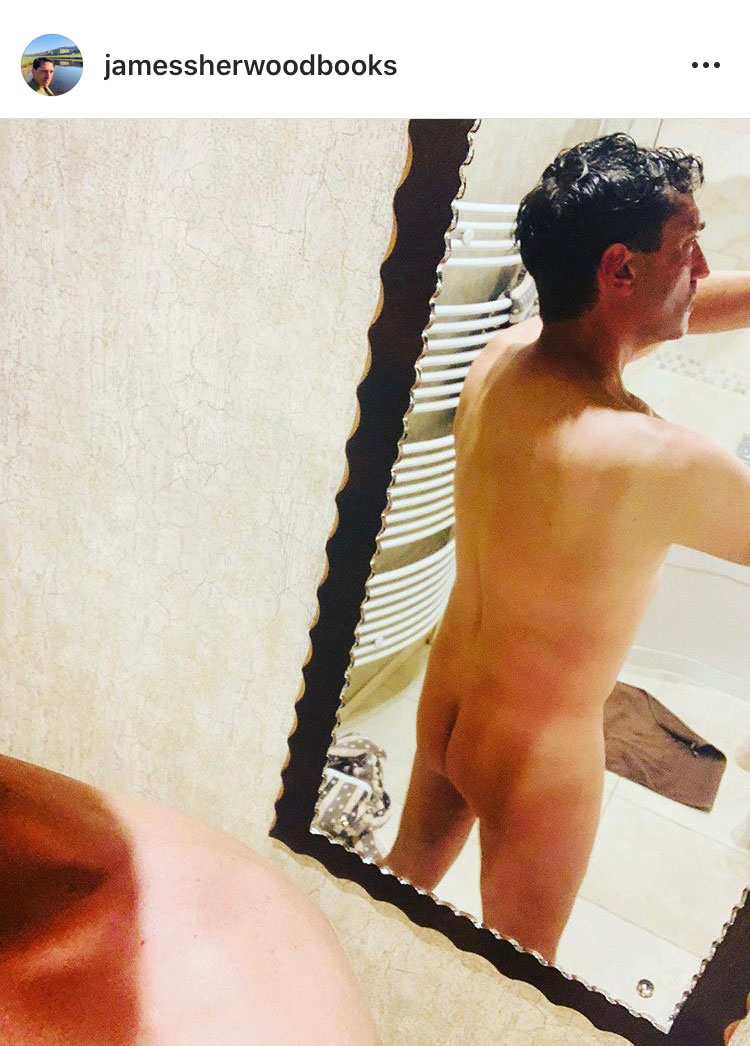 Crockett & Jones get back to me. They need to run it by EON. Anders tells me that he’ll get Lazenby’s answers over to me this weekend. We’ll see.

In the actual news: Haye struggles to put Tyson in his top 5 boxers of all time, Anthea Turner trends on Twitter, unsure why, total number to have died following a positive coronavirus test stands at 33,998.

May 14th – For me the Action is the Juice 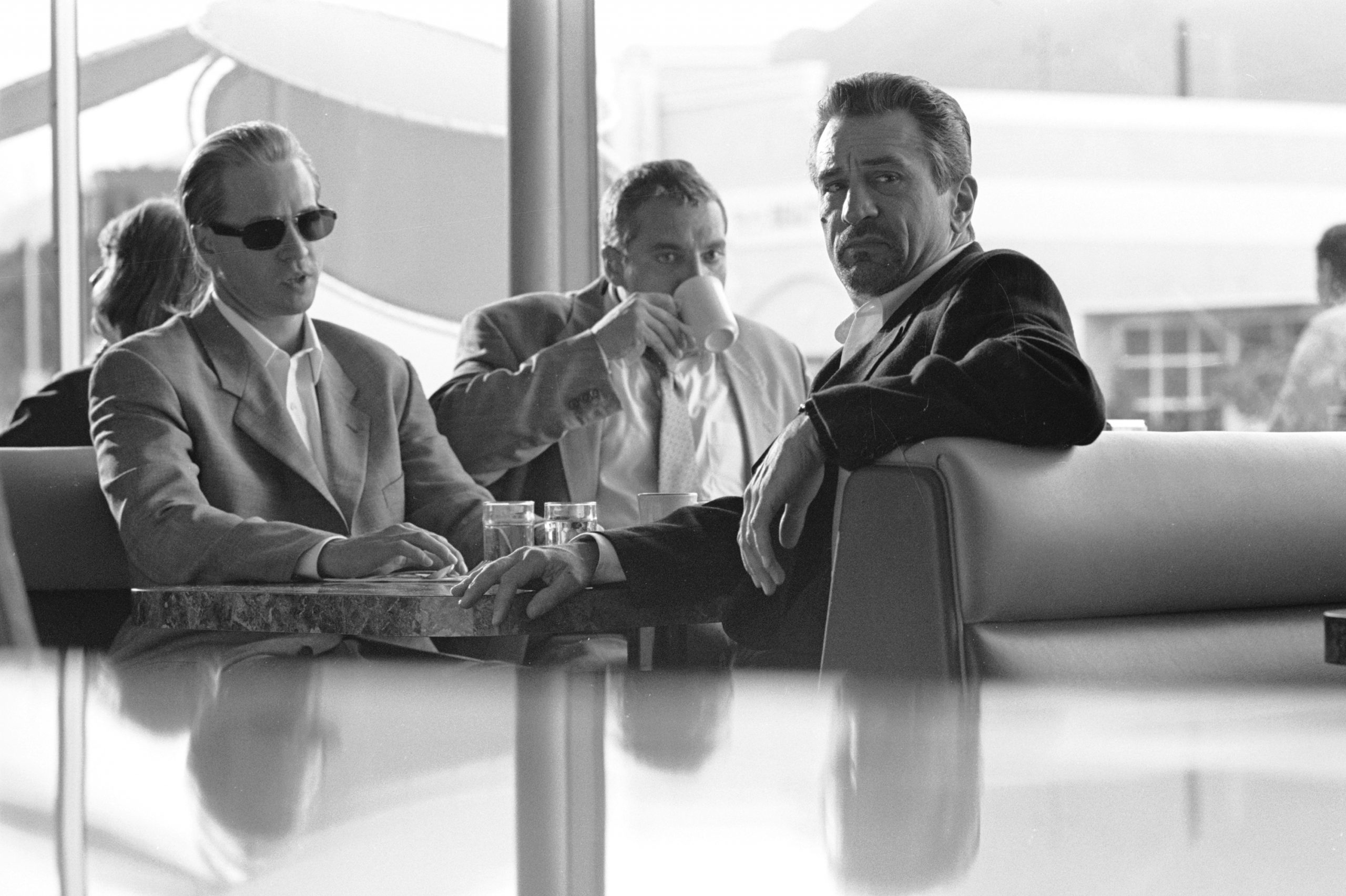 Just ordered Heat on DVD. It’s been plaguing me since watching Den of Thieves, which fostered many elements of Heat, but without the cohesion, tension, and well .. compare any film to Heat and you’ll probably draw the same parallels.

I read an interesting article on BAMF about Heat, saddened to hear the diner where they shot the De Niro meeting Pacino has now closed. 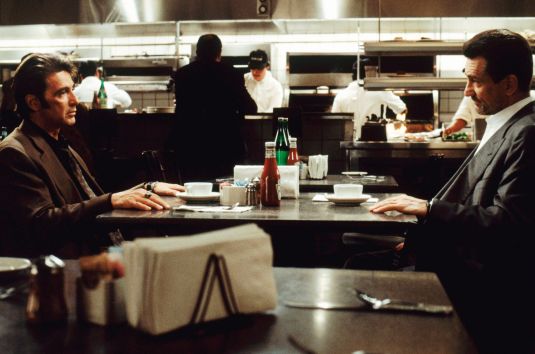 The Fleming estate emails back and say:

Thank you for your email and clarification. While it sounds like an interesting project we unfortunately cannot assist you with your enquiry without the full approval from EON.

Which is fair enough. Can’t win them all. (Whispers under his breath..bugger). 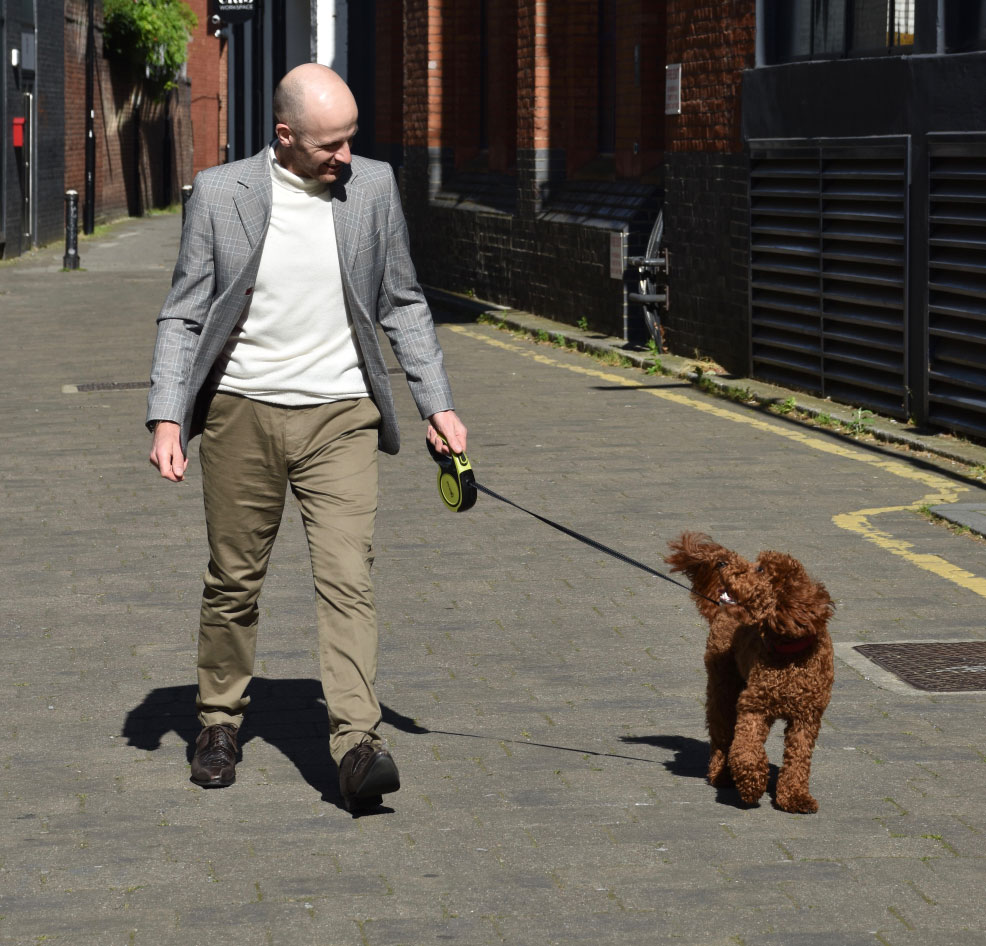 I lick my wounds and get some photos of my new trousers from ASKET, gifted. I’ll do a vlog on them this weekend. I’m pairing them with my N.Peal white cashmere jumper. (Also gifted) Inspired by On her Majesty’s Secret Service.

In the news: Eastenders to resume filming, Matt Damon phones in a local Irish Radio Station, De Niro slams Trump for something or other.

May 10th – Strip the Headers, Trace the Source 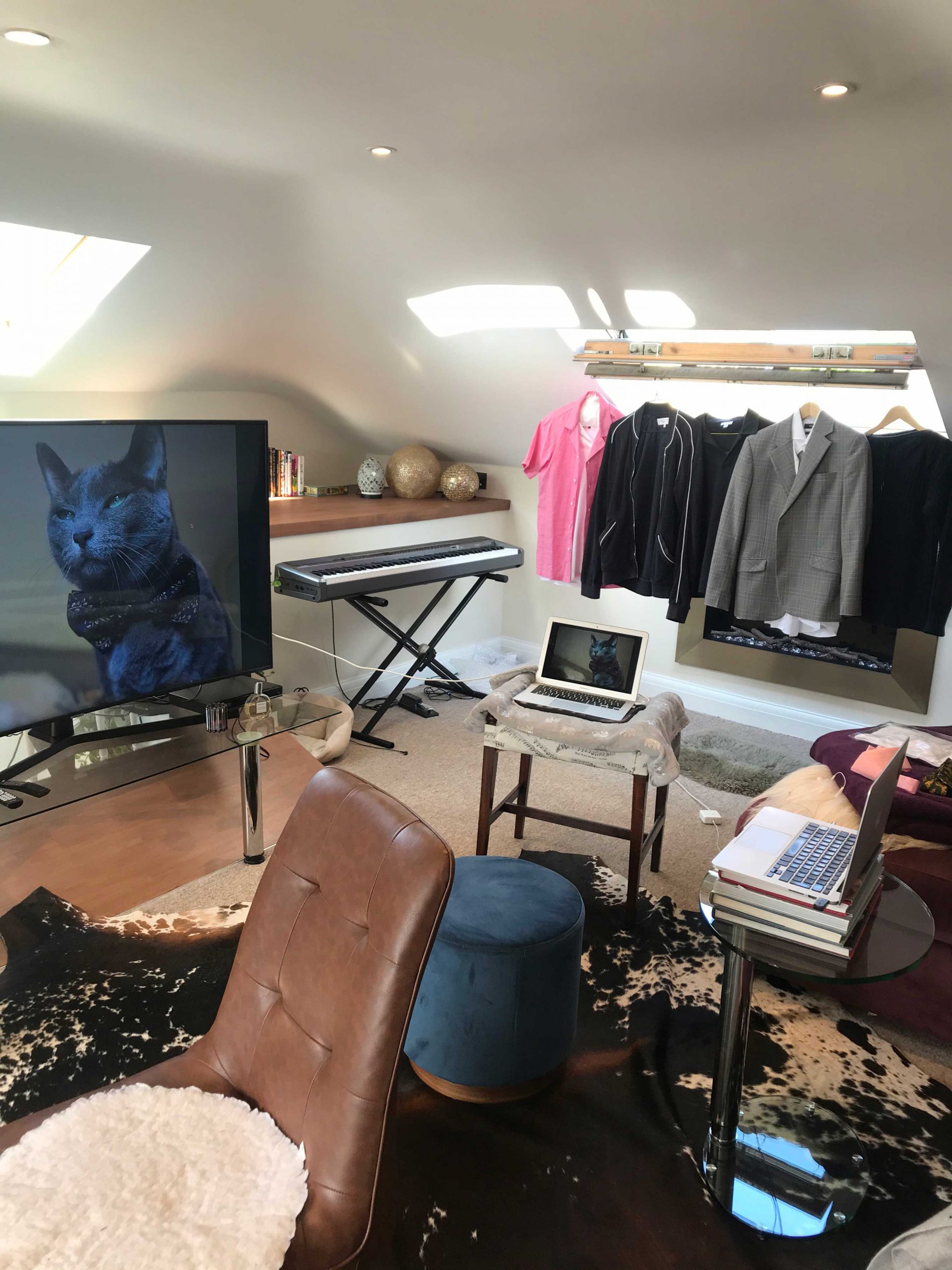 My set up for Operation Solitaire

Well shit. Last night we hit a glitch. Halfway through the Bond Zoom convention we had to pull the plug. At first I thought I had lamented too long about my love affair for Connery’s pink tie from Diamonds are Forever. But I soon realised it wasn’t ex-communication, it was something a lot more insidious. I won’t go into details because, well somethings are better left unsaid. Other things are now in the hands of the FBI and are part of an ongoing investigation. 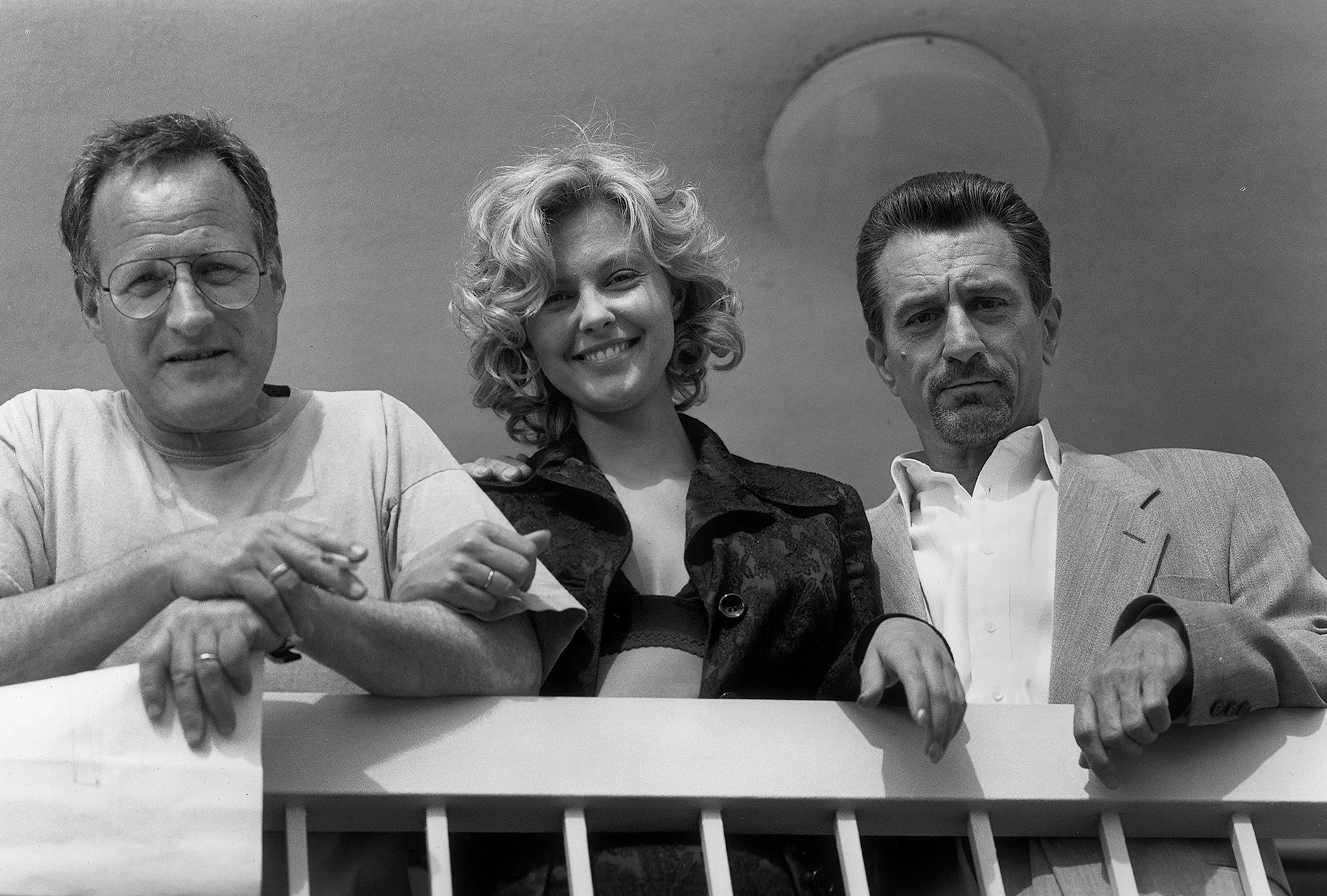 As the night was cut short I watched Den of Thieves with Gerard Butler. A disposable film with neat ideas, zero depth, and a healthy reminder that Heat is still the best heist movie ever made. I want the antagonist to be Christian Bale as the physical similarities are striking. But he’s not, and it bugs me. 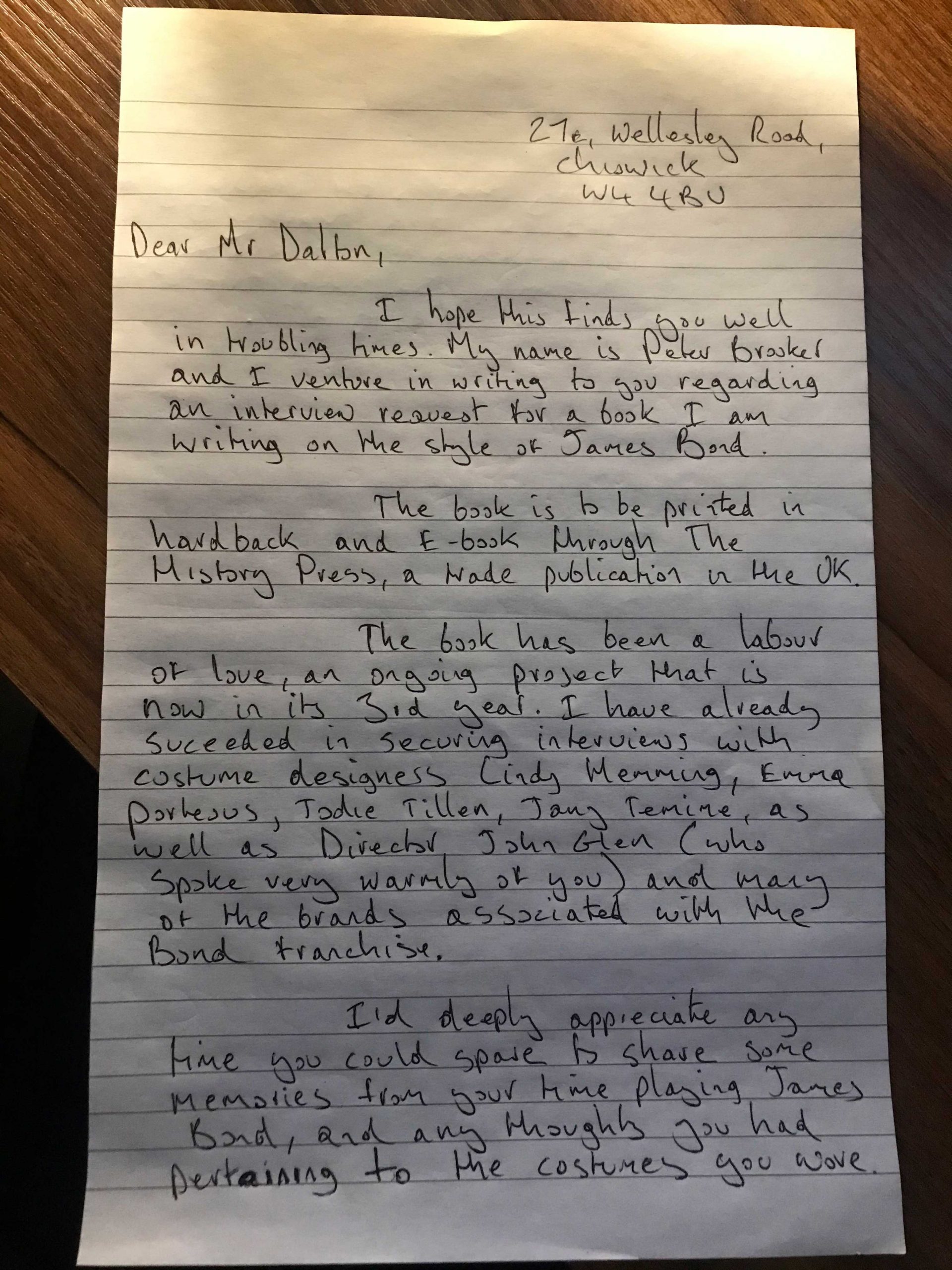 Earlier the missus tells me that it can’t be a coincidence that Michelangelo, Lippe, Da Vinci, Brunelleschi all lived within the same era. (Give or take). 90s equivalents, De Niro, Pacino, Pesci, Scorsese, Kilmer, Michael Mann. You think about the ingredients. The alchemy. That’s Heat. That’s Goodfellas. Where are those lightning in a bottle moments in the 21st Century?

I write a letter to Timothy Dalton, post it. I’m hoping he’ll find some ironical value in receiving a pen letter about Bond with his face on the stamp. 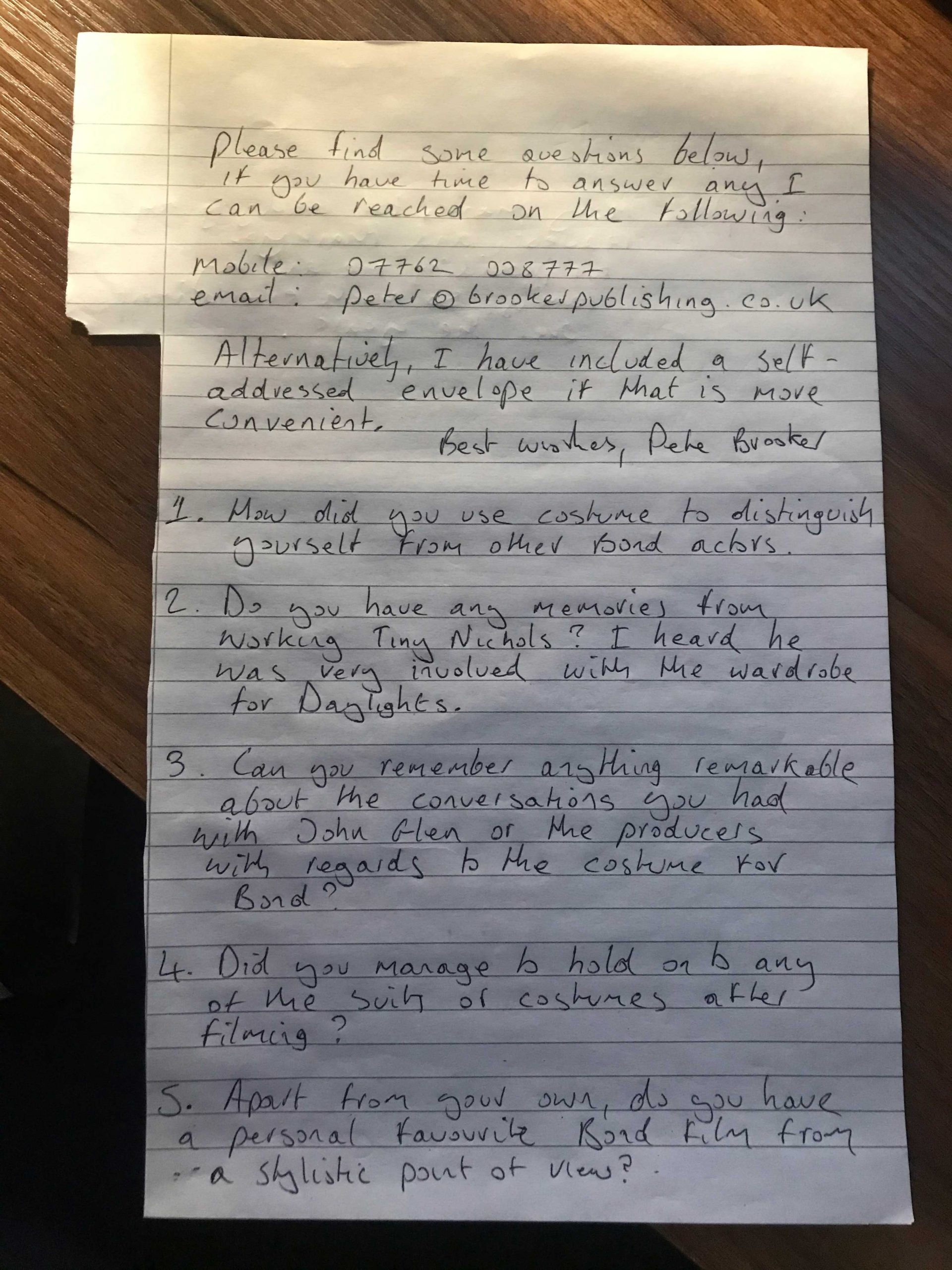 In the News: Little Richard dies, someone finds 300 lego flippers on Cornwall Beach,  rare blue dragons wash up on the Padre Island shore.